To provide the best possible service, we use cookies on this site. Continuing the navigation you consent to use them. Read more.
PROJECTS
·8 January 2020 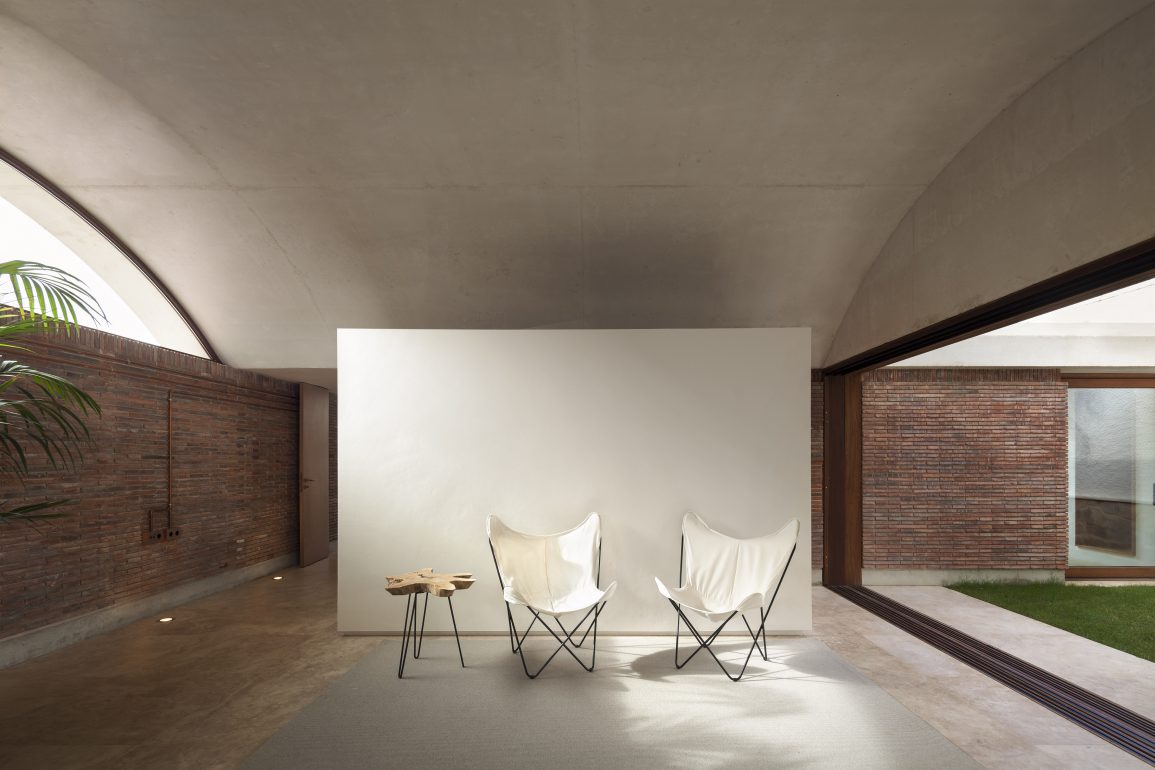 In the city of Elche (Alicante, Spain) Mesura Studio was asked to expand a traditional 1980’s house, in order to create more indoors and outdoors communal space as family gatherings were getting bigger, and a bedroom to welcome guests. What was initially meant to be a simple extension of the house, ultimately turned into something very distinct from the rest of the residence, but yet fully unified with its context.Mesura called it Casa IV –a reinterpretation of the building tradition in the Elche area, a celebration of the outside social culture and the restructuring of a large area of land.The basis of the project was deeply rooted in the observation and understanding of its surroundings. They took into account the owners’ needs as well as the warm, humid climate, and the traditions of the area, knowing that in the periphery of Elche, all the houses built in the seventies and eighties looked quite the same.
Casa IV is a story about respecting context in every way possible. It’s a response to its environment, a pavilion for guests that acts as a backdrop to the original house and creates a shaded space, a new communal area. By the owners eventually moving into the new bedroom, and with the stories created around the lunches and family dinners held inside the new communal space, Mesura believe that Casa IV succeeded in becoming everything that it intended to be. 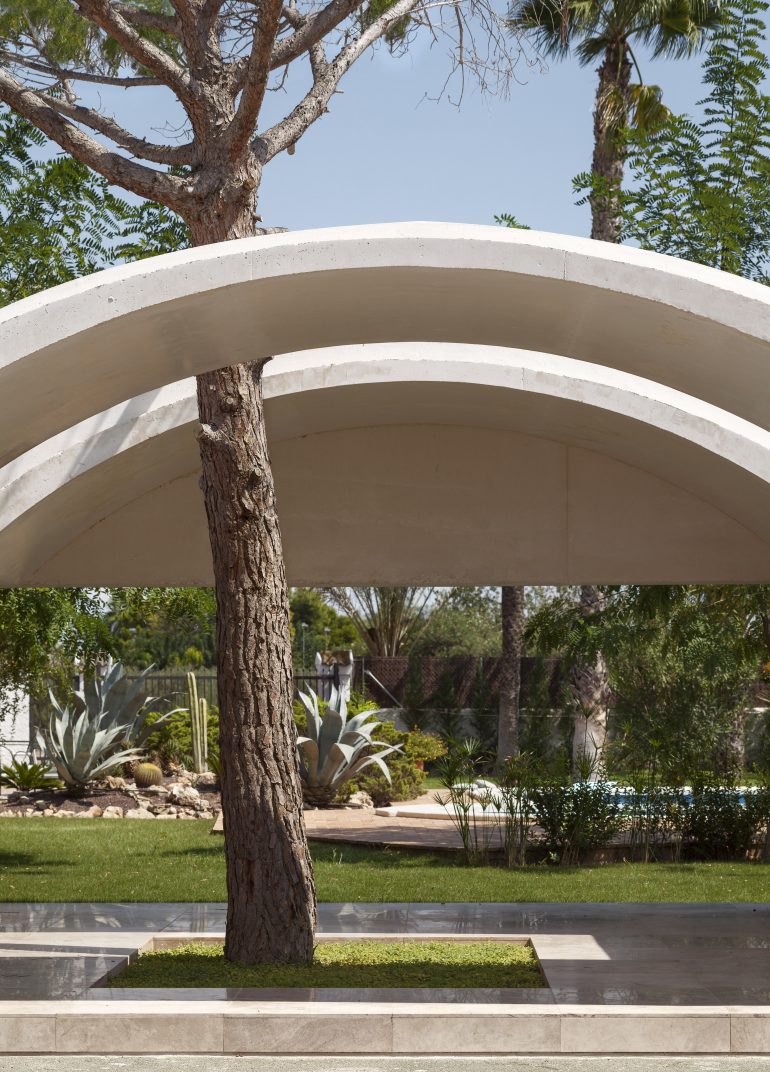 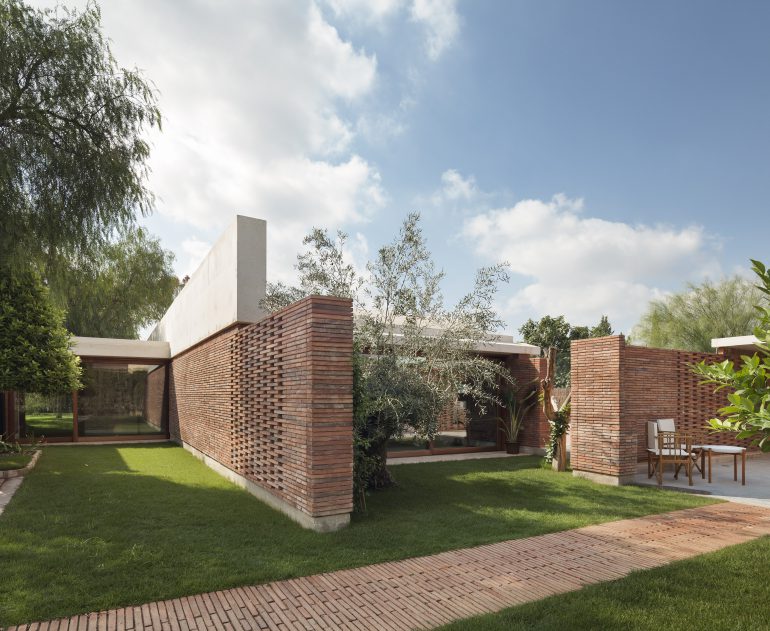 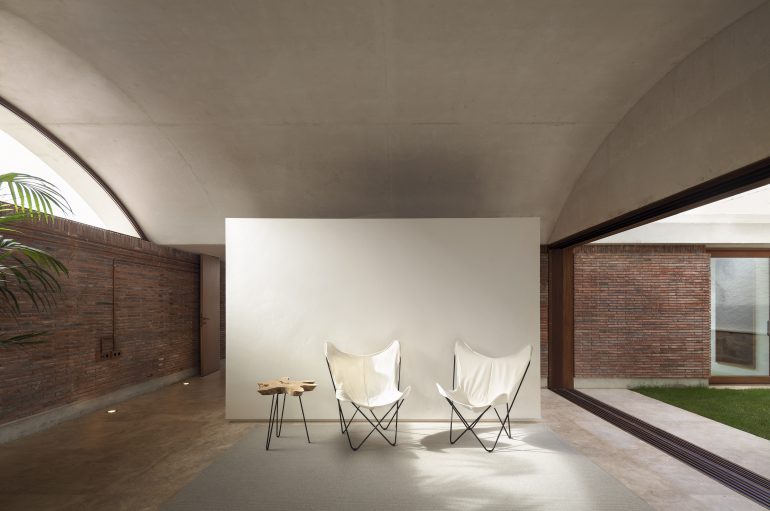 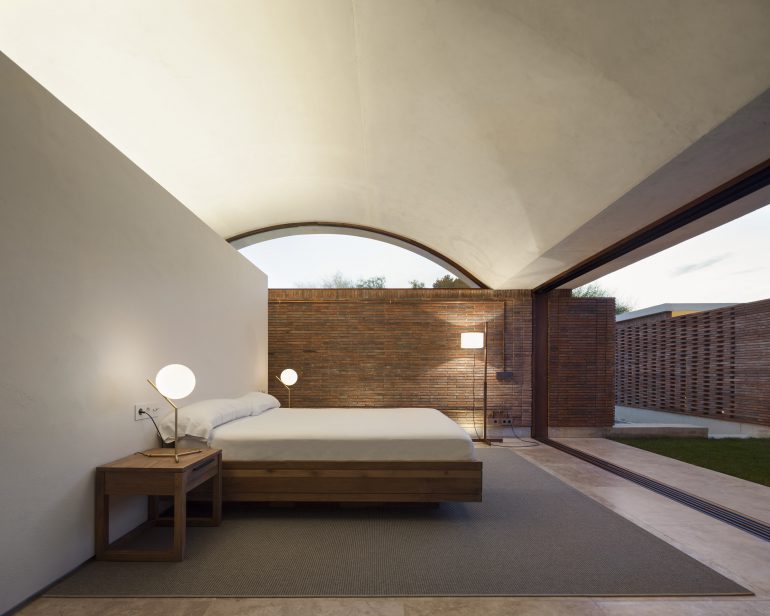 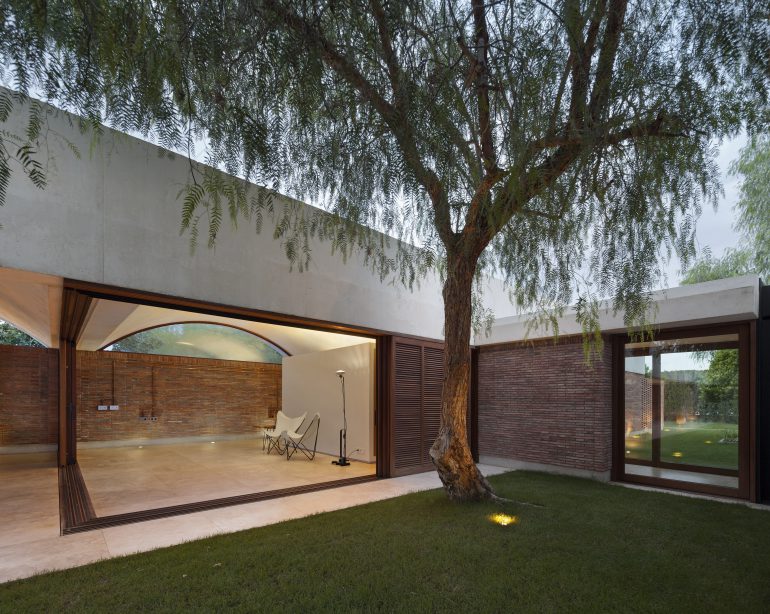