To provide the best possible service, we use cookies on this site. Continuing the navigation you consent to use them. Read more.
COMPANY
·9 October 2015 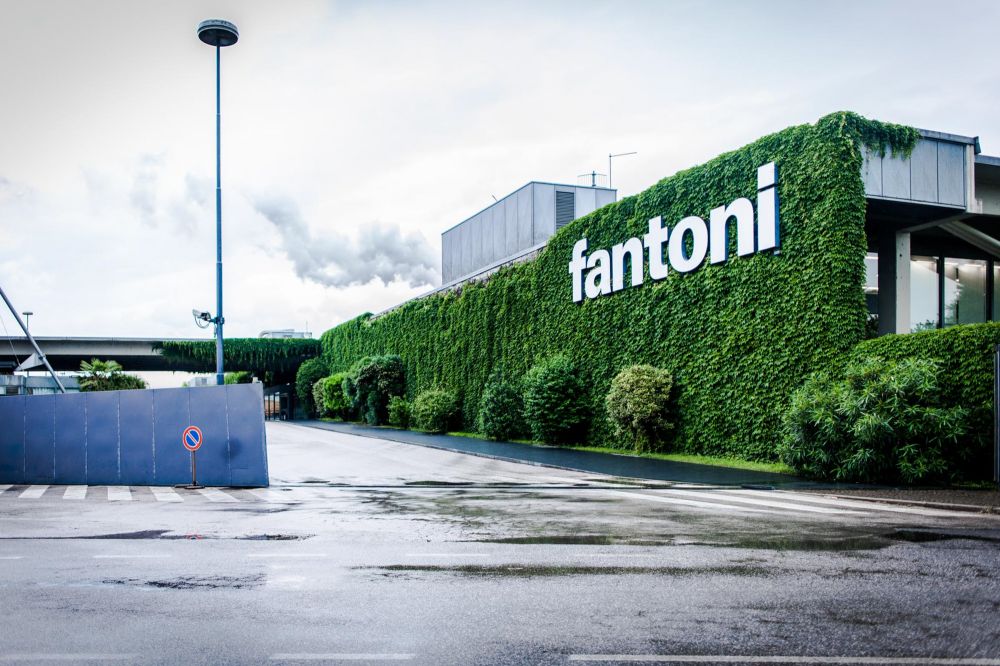 The Fantoni factory, with its complex of buildings covered in blue plate, stands out against the profile of the mountains in the background, which are also an unusual blue. Generally the green of vegetation or the white of snow are the colours usually associated with mountains but here they appear the same colour as the Fantoni factory. This makes the choice of colour seem particularly appropriate: the size of the establishment is not intrusive and is naturally integrated into the area.
This wisdom is not by chance: over the course of time construction of all the buildings was entrusted to the architect Gino Valle, who has forged a partnership with the Fantoni family stretching back over thirty years.
It seems that loyalty is a feature of this family, now in its fifth generation of uninterrupted leadership of the company. Starting with the joinery in the 19th century, thanks to the intuition of Paolo’s grandfather Giovanni Fantoni, long partnerships were started with artists and then art directors and external architects which progressed in parallel with the company. From being among the first to work together with Domus as advertisers in the ’20s, to the production of furniture for the Triennial in the 1930s with Cesare Scoccimarro, to the creation of supplies for the Agip chain with Edoardo Gellner, up to Gino Valle and Herbert Ohl starting from the 1960s and Mario Broggi in the1970s, the Fantoni family make an artistic relationship a constant. Aspiration to beauty is a lesson that has been well handed down.

This cultural openness lives alongside the Friuli character, one not inclined to ostentation, committed to building with dedication. To re-building, one could say after the 1976 earthquake, which destroyed so much, including the Fantoni ancestral home. As Paolo Fantoni tells us, paradoxically this traumatic event became a driving motivational episode. In Friuli everything was rebuilt in no time, “first the factories, then the houses and then the churches” according to the popular saying, which demonstrates how highly work is considered as a value. The earthquake was an opportunity to re-construct better and to think big for the years to come.
The partnership between Paul’s father Marco Fantoni and the architect Gino Valle led to the creation of high quality new factory buildings which were airy and with plenty of open areas and facilities that allowed people to feel comfortable in the workplace. This focus is evident when looking at the distribution of spaces, construction details and the overall aspect of the buildings: a clear plan devised by the designer and the conviction of the client to deliver it are obvious to the casual observer. There is a sense of life and also an awareness of the role of the entrepreneur and the social implications of the investment.
Fantoni is a human working environment, although it is also a huge factory: its development layout covers an “area of one million square meters, of which 240,000 are under cover”. Every day at one end trains roll in delivering whole trees and logs, while at the other trucks full of panels depart.
Given the immense size of the company, Paolo Fantoni’s office is surprisingly small, just a few square meters: the walls are transparent, his desk is the same as that of all his staff.
Fantoni also produces office equipment so the use of executive furniture could be justified but understatement prevails. The moderation in behaviour that summed up the administrative rigour as applied to the reconstruction process is also visible in the intelligent use of budget-grade materials when used for architectural purposes.
The intrinsic consistency within this design does not extend to ostentation; it has never been an option. The family have directed their efforts towards solid objectives: the creation of internal cohesion, the establishment of a vertical production system in order to be independent of the transport costs of raw materials and finished products, the integration of human skills and the acquisition of production divisions.
The former joinery evolved into Fantoni Arredamenti, to which Plaxil was added for the production of chipboard panels in the 1960s and then the development of MDF production during the late 1970s following entry into the US markets. This new material (Medium Density Fiberboard) led to the creation of innovative furniture, marked by black and white paint colours that characterized the 1980s and led to the development of a service and communication activity to support the design.

The success of this production required the establishment of new factories and strategic supply chain acquisitions from semi-finished melamine to laminates (CPL), adhesives
and the independent production of energy. Ongoing research led to the production of sound-absorbing panels in the 1990s and the introduction of recycling and sustainability. Today, production takes place in some of the most integrated mills in Italy, Serbia and Slovenia with 1,050 employees resulting in a turnover of €360 m.
The development of the company can be found within the family archive, a genuine museum, accessible to scholars and created in the residence built after the earthquake; a modern Scarpa-influenced house.
This is the domain of Paul’s mother who through dogged perseverance has collected artifacts and all sorts of items relating to the company’s existence, from products to the smallest documents to samples of wood from all over the world. A task of meticulous accuracy and passion that continues undaunted, despite her advanced age.
The vagueness of the artistic contribution and the accuracy of large-scale industrial objectives coexist elegantly in a simple and natural way, just like the informal white shirt and fine blue (of course) tie of my interlocutor. 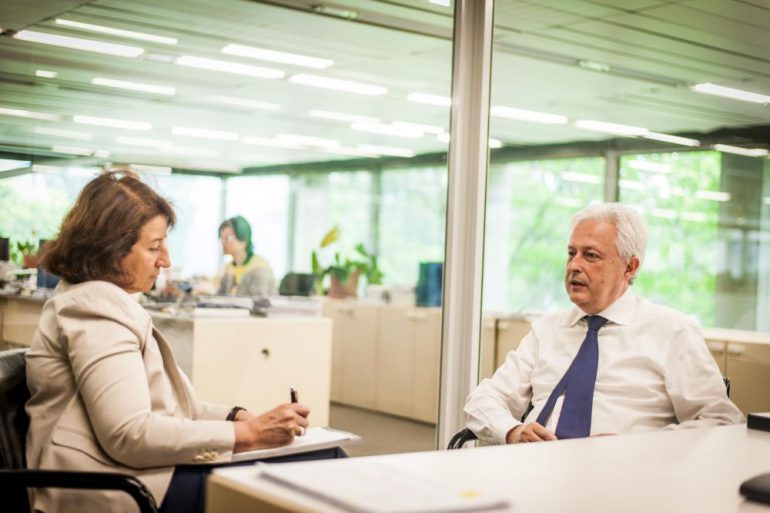 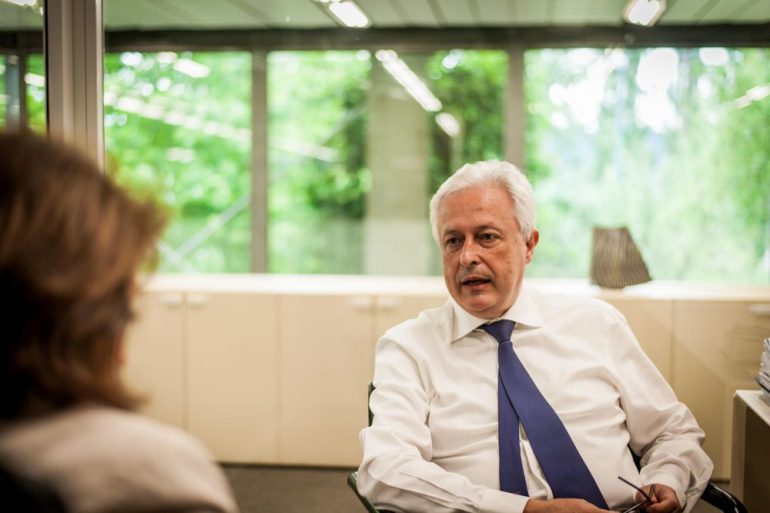 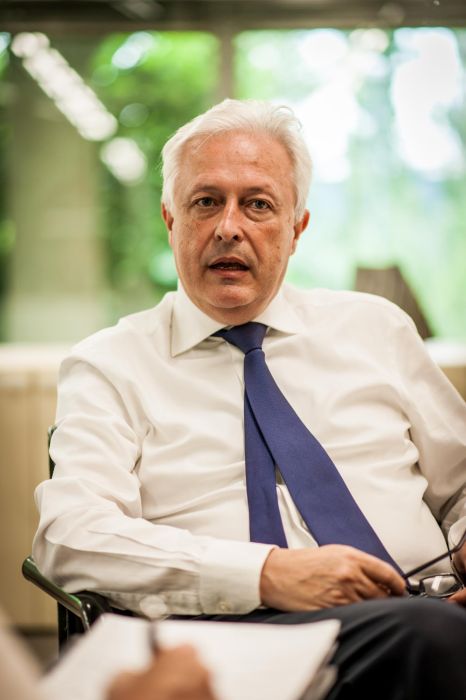 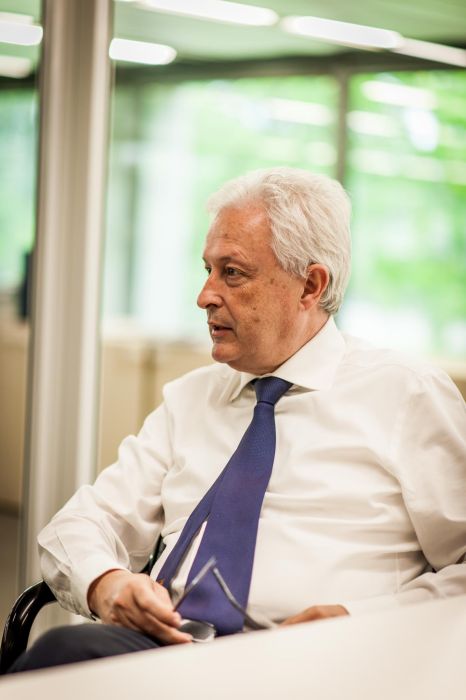 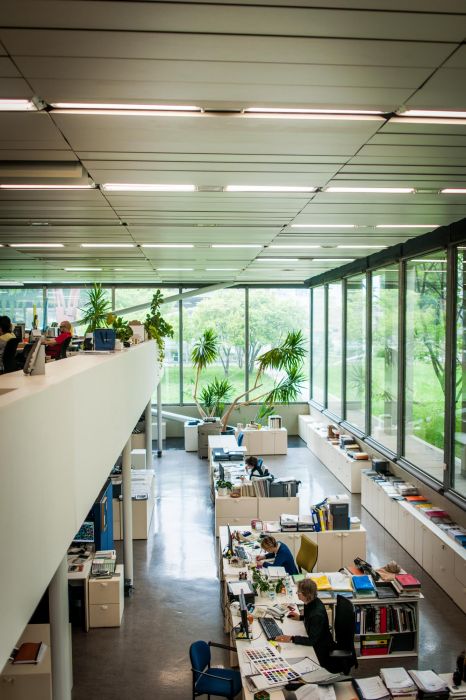 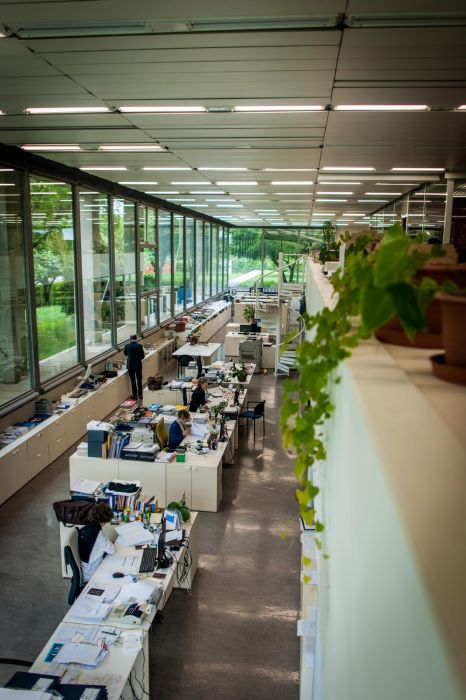 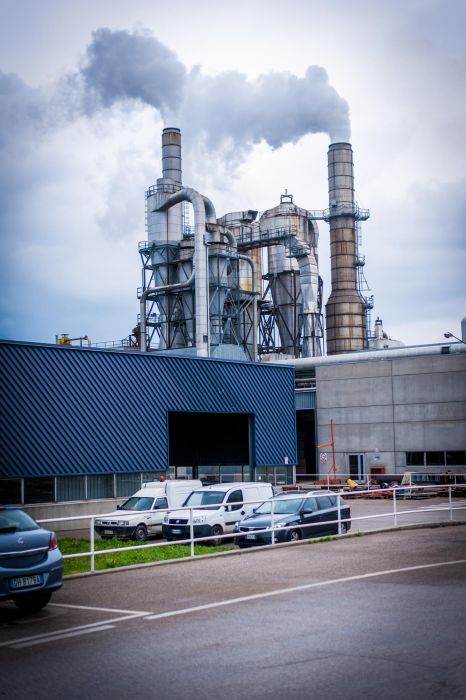 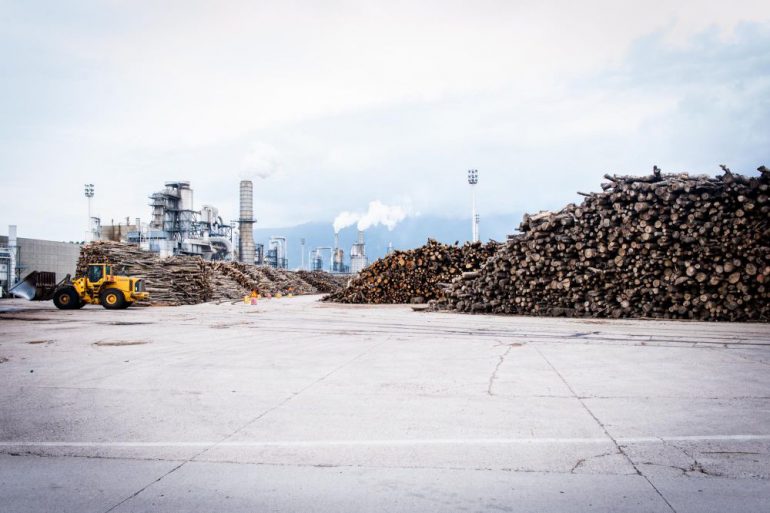 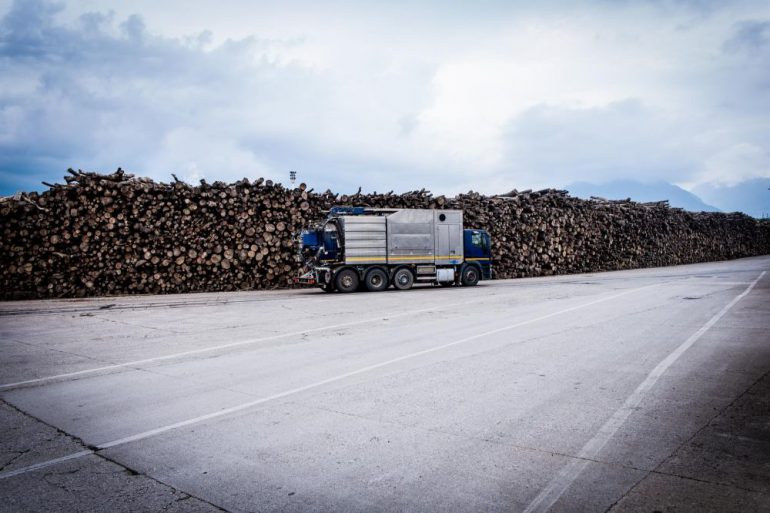 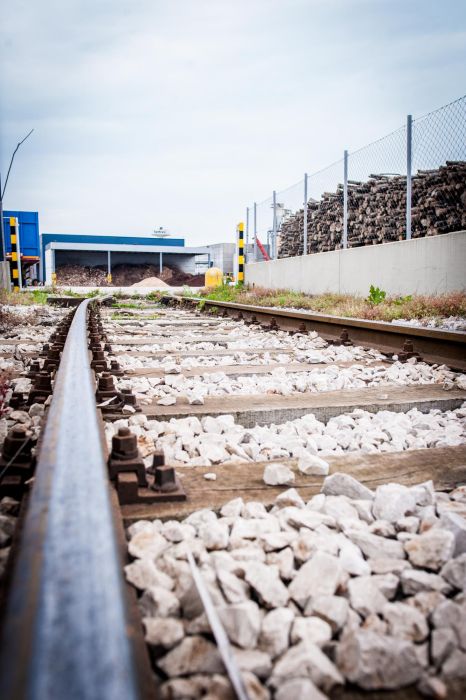 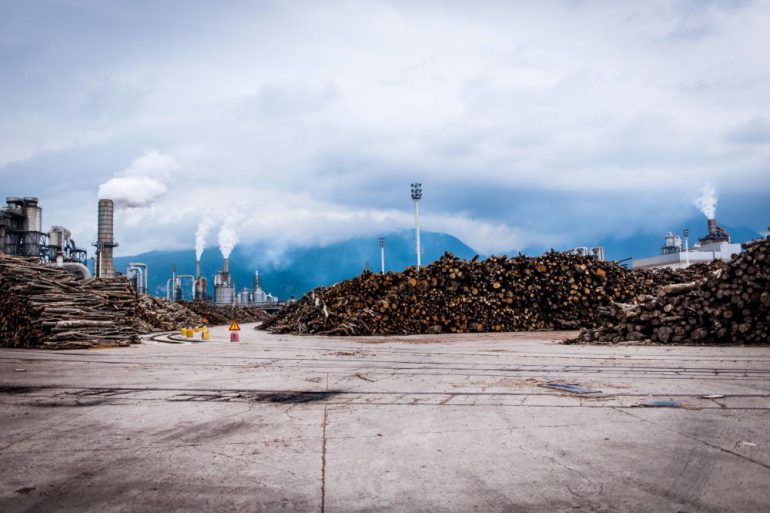 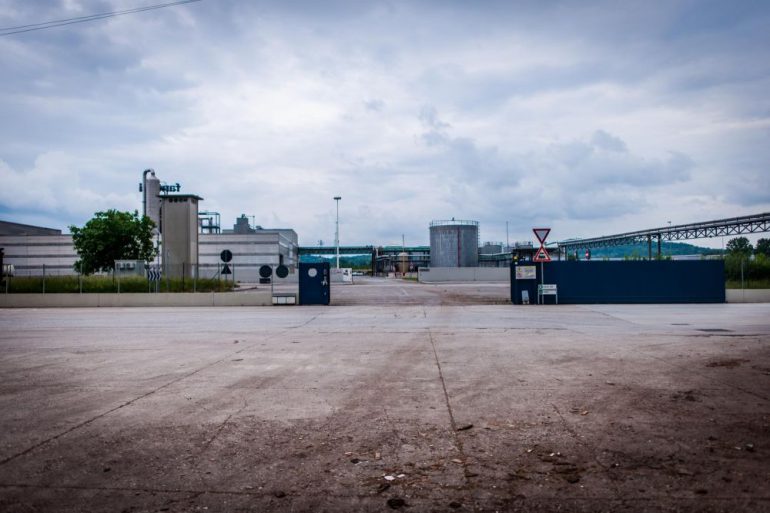 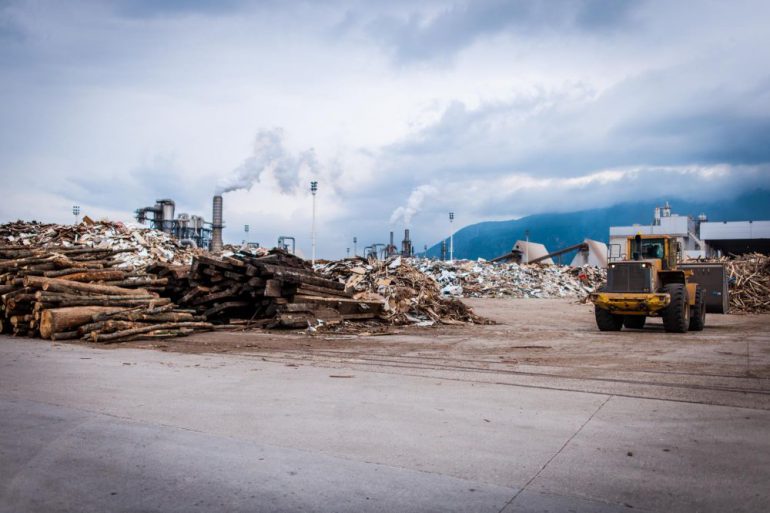 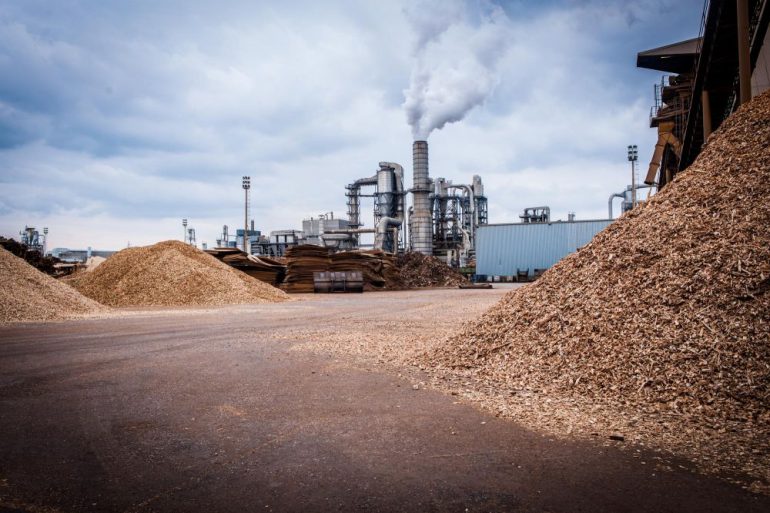 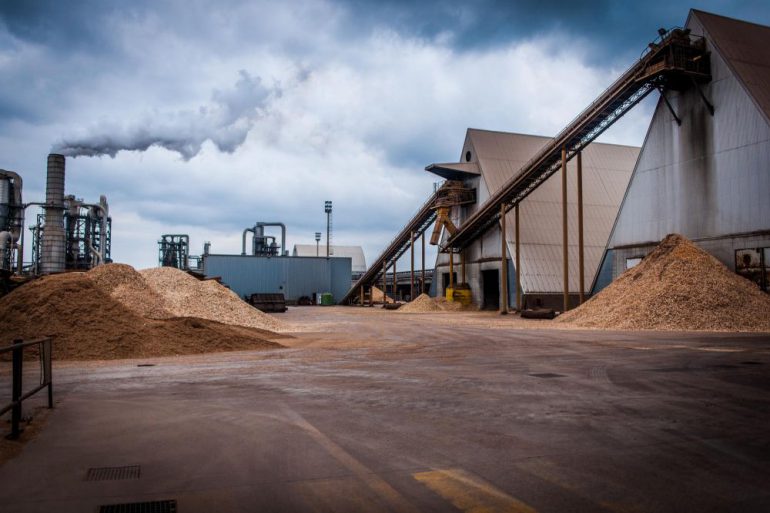 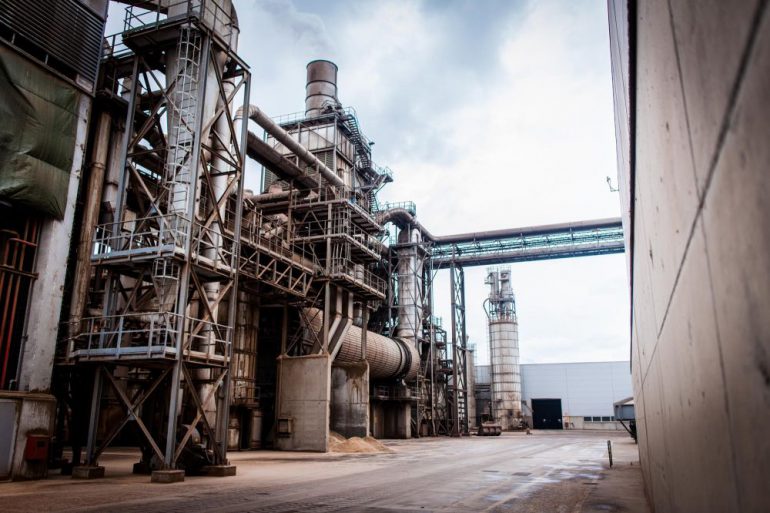 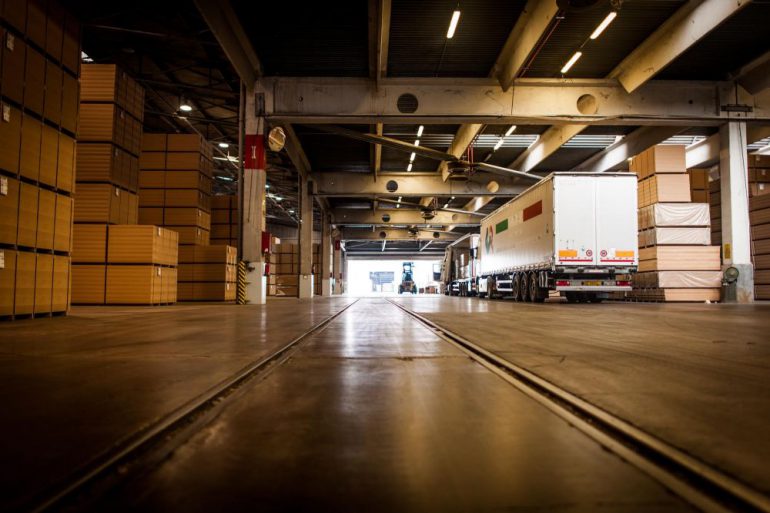