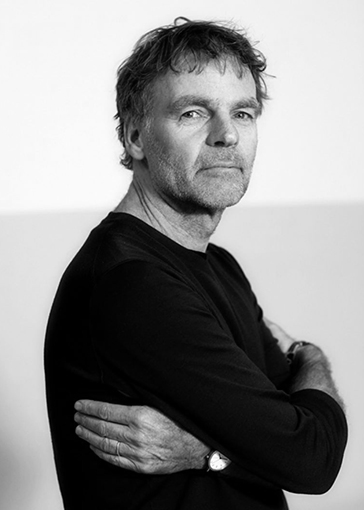 We meet Winy Maas, one of the founders of MVRDV, at the studio’s new headquarters in Rotterdam.
It is an authentic workshop on the ground floor of a building dating back to the 1950’s designed by Hugh Maaskant, one of the heroes of the city’s reconstruction and just a few hundred metres from the Markthal, the Dutch studio’s newest creation that in less than a year has smashed all records with more than 9 million visitors.
Founded in 1993 by Maas, Jacob Van Rijs and Nathalie De Vries, MVRDV is one of the most interesting and experimental studios to emerge from the great Dutch end-of-century boom but it is also one of the few businesses that has been best able to reinvent itself over the years through producing works and writings able to surprise and trip a number of those short circuits necessary for the advancement of contemporary debate.
We decided to focus with him on those urban issues that represent the heart and driving force of their work.

Luca Molinari
Cities and contemporary metropolises have always been a magnificent obsession in both your and MVRDV’s work, something I believe is partly linked to a specific cultural moment where OMA in particular and a significant part of Dutch architectural culture had focused strongly on this theme. Can you give us a reading of the evolution of this research from the 1990’s up to now?
Winy Maas
The population of many cities has grown massively over the last two centuries and even now does not seem to show any sign of slowing down, especially in emerging countries, and this concerns us. We are not yet fully prepared to face and deal with this condition and furthermore we need to respond to a growing social and economic demand for more spaces that will not slow down for at least sixty years.
We will increasingly have more to do with the concept of “large-scale” in terms of growing density and an increase in relationships which will require new strategies for action.
After Farmax, the book that we published in 1998 about the contemporary metropolis, other factors have emerged in recent years, including the powerful emergence of a “green agenda” that is leading to a demand for more open spaces in the city.
Creating more urban countryside means learning to manage a different form of densification and studying together how to manage water and the energy resources needed to maintain them. The second aspect concerns the social agenda of the new metropolises. In countries like China and India we are witnessing the emergence of a middle class that is calling for more direct democracy and participation in the processes of transformation and this will result in an increase in the forms of negotiation and communication used precisely in the planning process.
A third factor concerns the world of technology. Designers are increasingly required to invent new solutions that improve the quality of the environment, and this seems like a new and very inspiring concept.

LM
Stairs look like they are one of your fixations. In the entrance of your studio, in front of the new Rotterdam station, within the TU Delft as the heart of the “book-mountain” we are faced with staircases of various sizes. What does this element represent for you?
WM
It is just an element that ascends easily and helps us to use the maximum possible density. For us, a large-scale staircase built outside and next to a large building allows people to go up to the top of the roof. We have applied this strategy in the heart of Rotterdam, and now we would like to approach other buildings in this way. It is a beautiful human object, enjoyable as an urban space and a real three-dimensional place as opposed to the one-dimensionality of so many Asian cities! Basically we copied it from Genoa.

LM
Over the past eight years you have put a lot of energy in The WHY factory, an independent Centre for Studies developed with TU Delft. Can you tell us what it represents for you and why you think it’s so important today?
WM
There are some things that you can’t do just for commercial reasons and this venture is one of them. We need a cultural space that can enable the kind of free and special research that we really need and we have to try to make it possible. There are projects related to a strong idea of community, connected to a public body without constraints that we’ve turned into a real think-tank on the future of cities. Thus we have created an independent place capable of attracting companies interested in sponsoring our projects, and in the last few years we have produced publications, events and workshops that are working well.

LM
But do you see this as a potential way of engaging in politics today?
WM
If by politics you mean a higher and civil role then I would say yes. It’s important to be aware of the very public role and responsibility that we have as architects.

LM
I am very impressed with the work you are doing on the “Sky Garden” in Seoul. Would you like to go into more detail about the strategies that you have put in place?
WM
It all started with a great politician. The mayor of Seoul wanted to transform the city centre into a green space in order to create better environmental quality and more places on a human scale.
Most of the space on the ground floor was in private hands so the best place from which to start was the elevated highway itself. It’s not a copy of the Highline in New York because we have kept the structure bare and populated solely by elements representing all the plant species found in Korea and ordered from A to Z!
A genuine green library will develop along this pedestrian artery like an octopus that will expand to the rest of the city.
In fact we are trying to interest a number of private companies and create other suspension bridges that will connect their buildings. Several of the plant pots are so big they could become real closed spaces able to house public functions such as bars, galleries and libraries.

LM
What are the future challenges that designers and planners are going to face from big cities?
WM
Social and economic parameters will be at the heart of the issue. We need to work on them and figure out how to create conditions that will systemize new economic and productive forms.
Another important element will be the bringing together of traditional local practices that come from above and all the community experiences that are emerging. This is a particularly necessary effort especially in emerging countries that suffer from too much corruption that then influences the final choices.
Architecture can give form and beauty to many of these processes that emerge from below. The Urban Guerrilla needs images, forms and representations that only architecture can now generate. 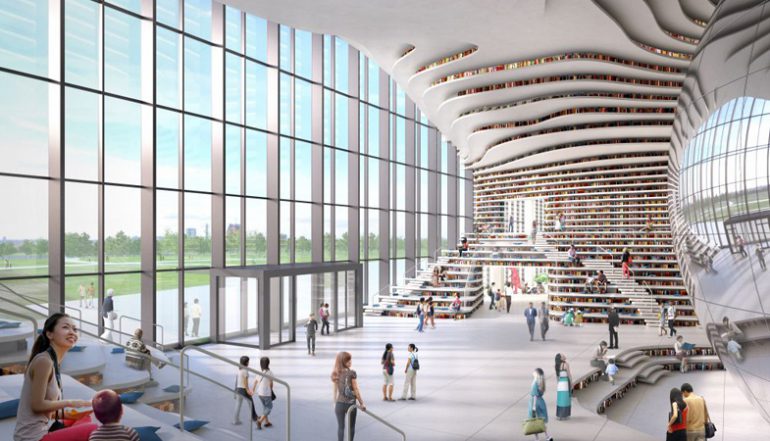 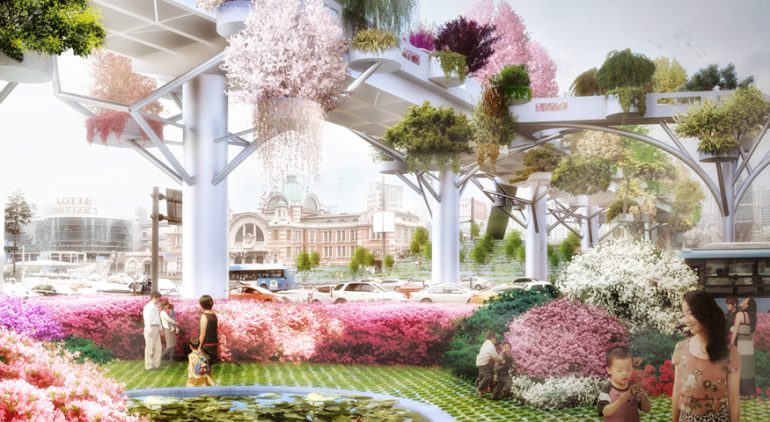 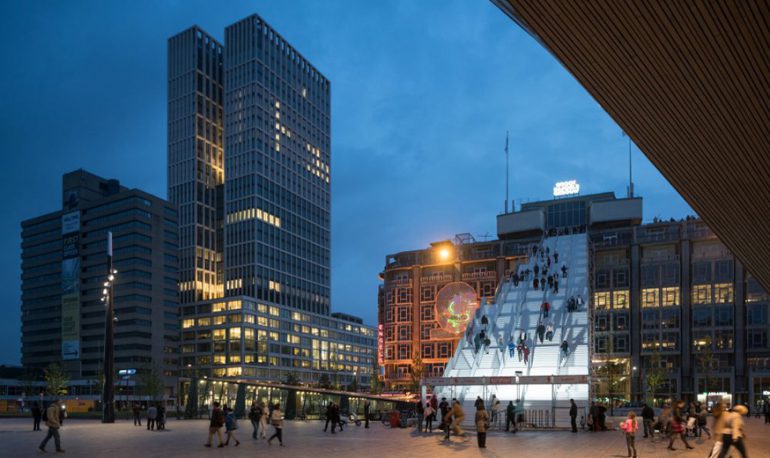 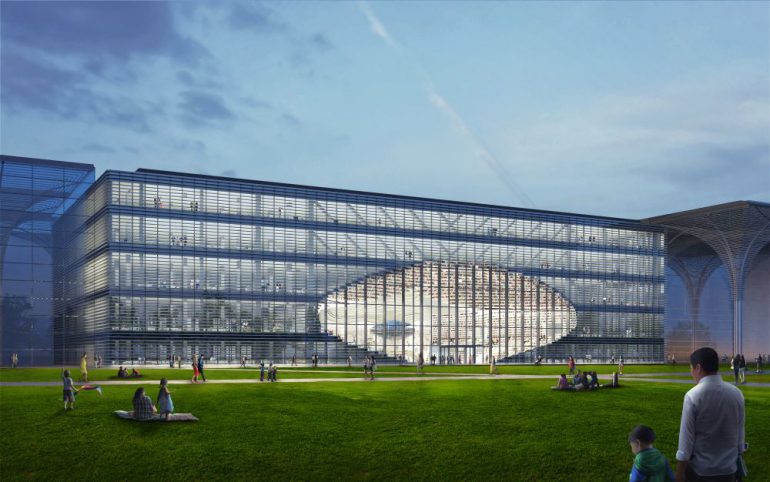 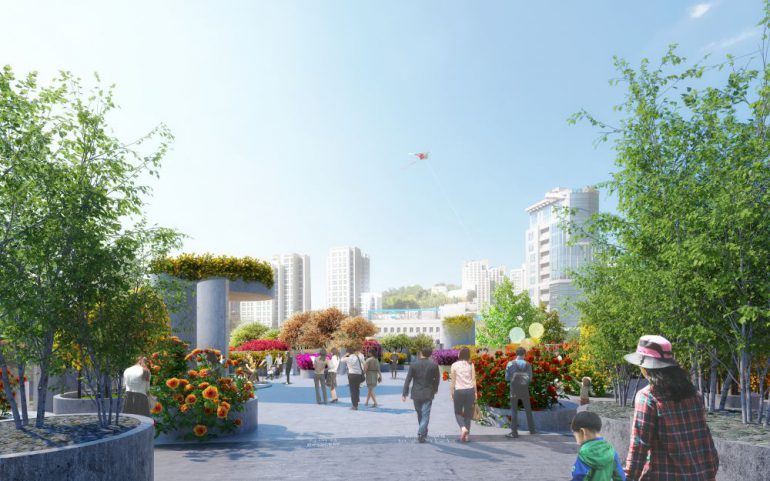 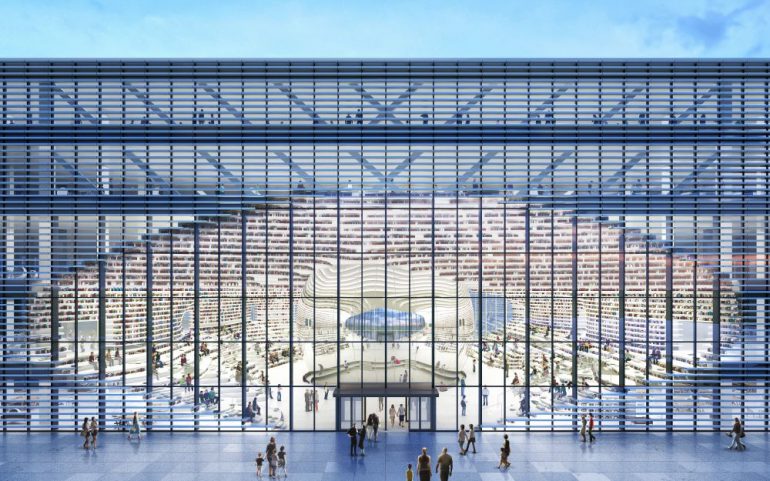 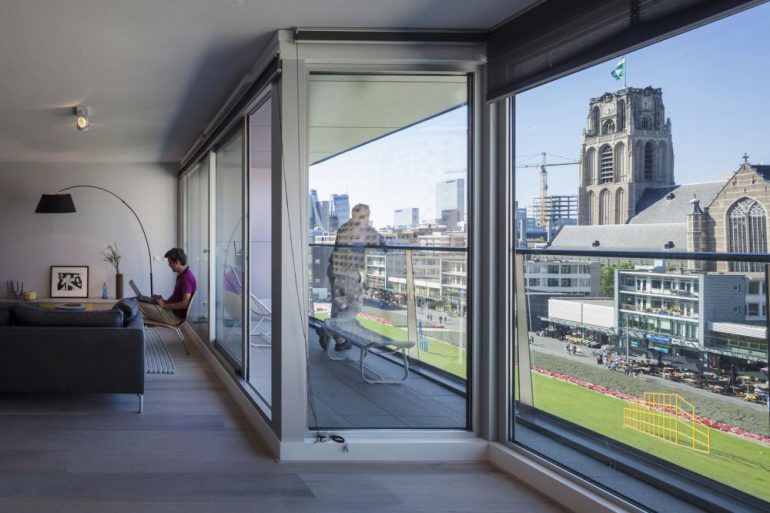 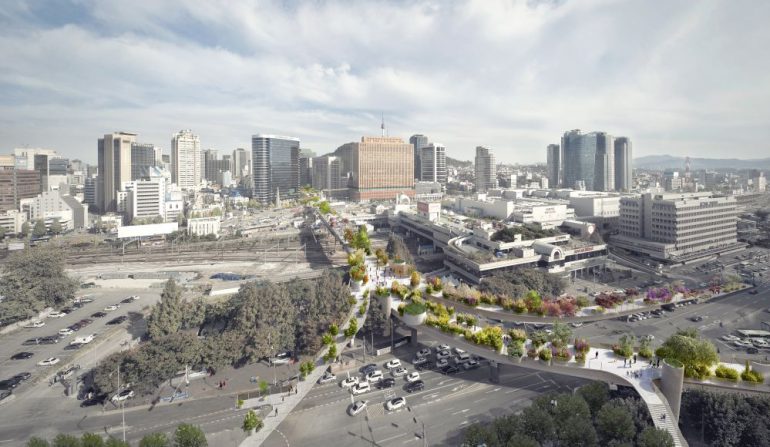 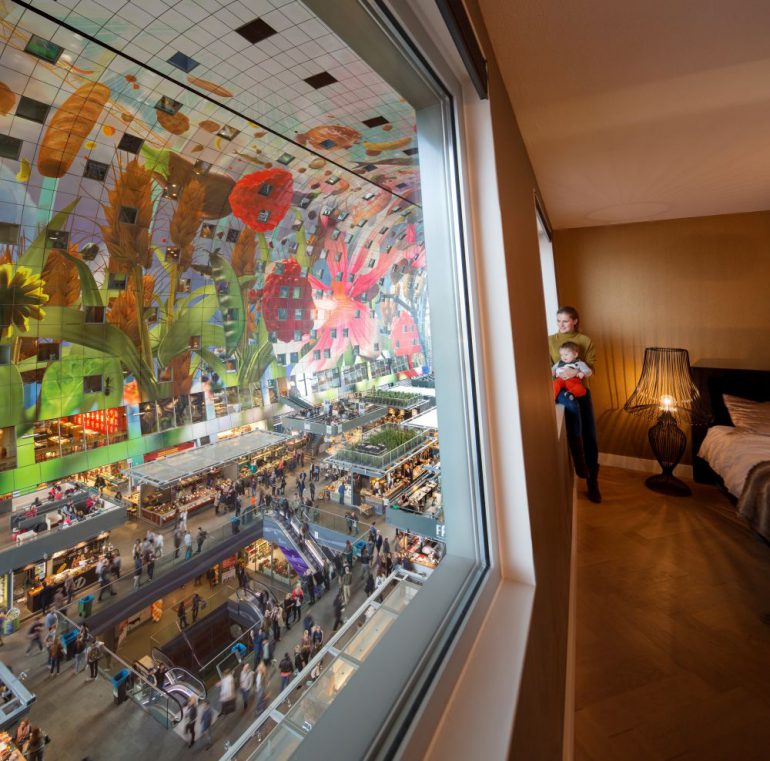 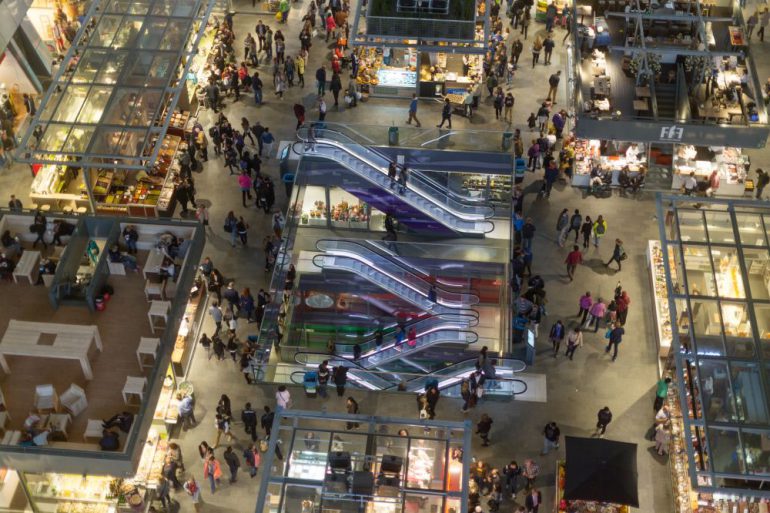 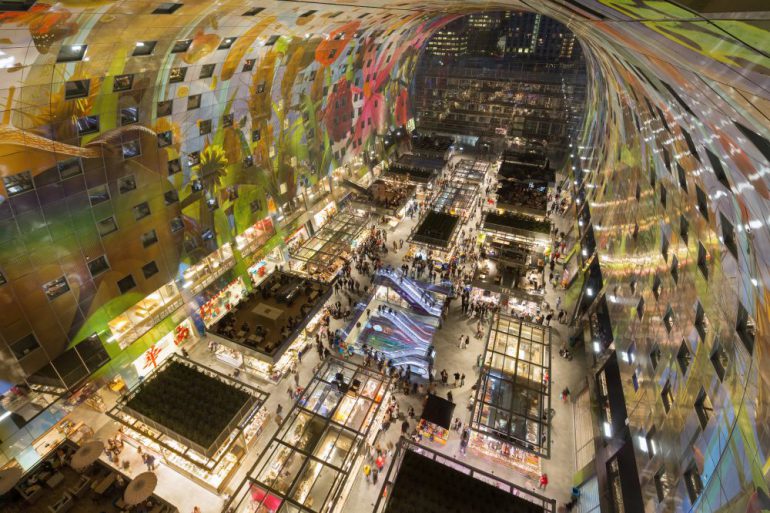 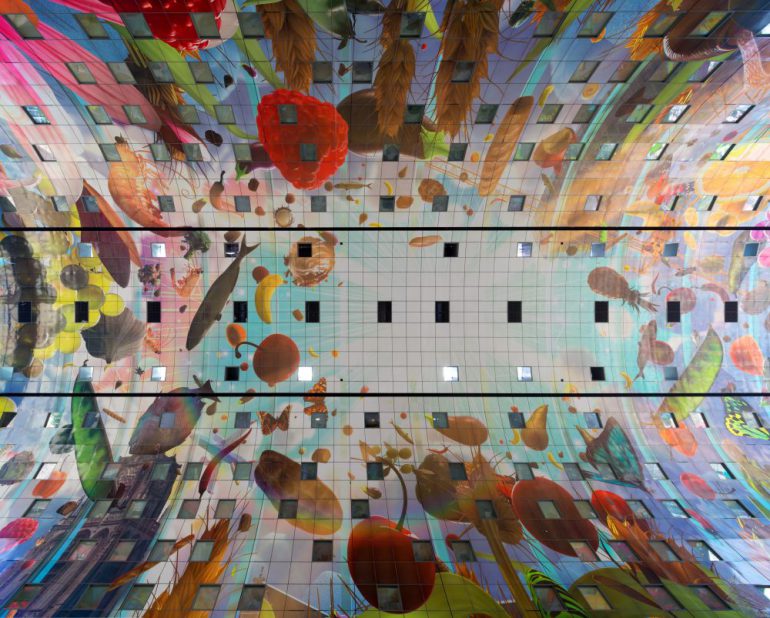 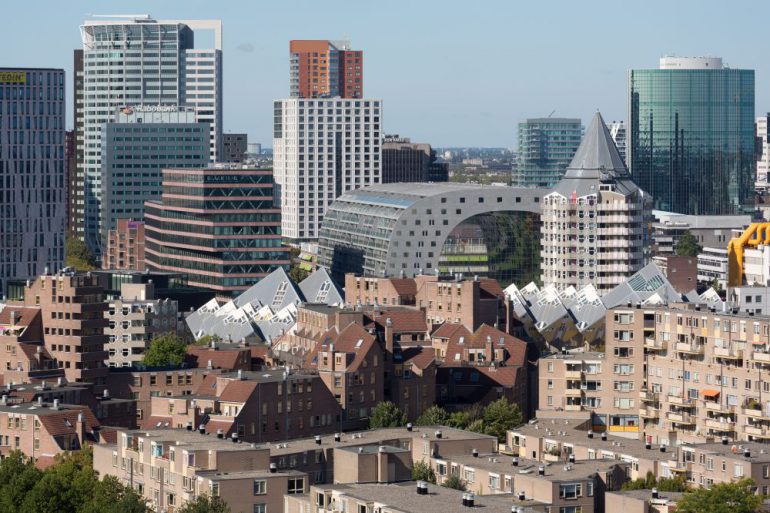