To provide the best possible service, we use cookies on this site. Continuing the navigation you consent to use them. Read more.
PROJECTS
·8 March 2021 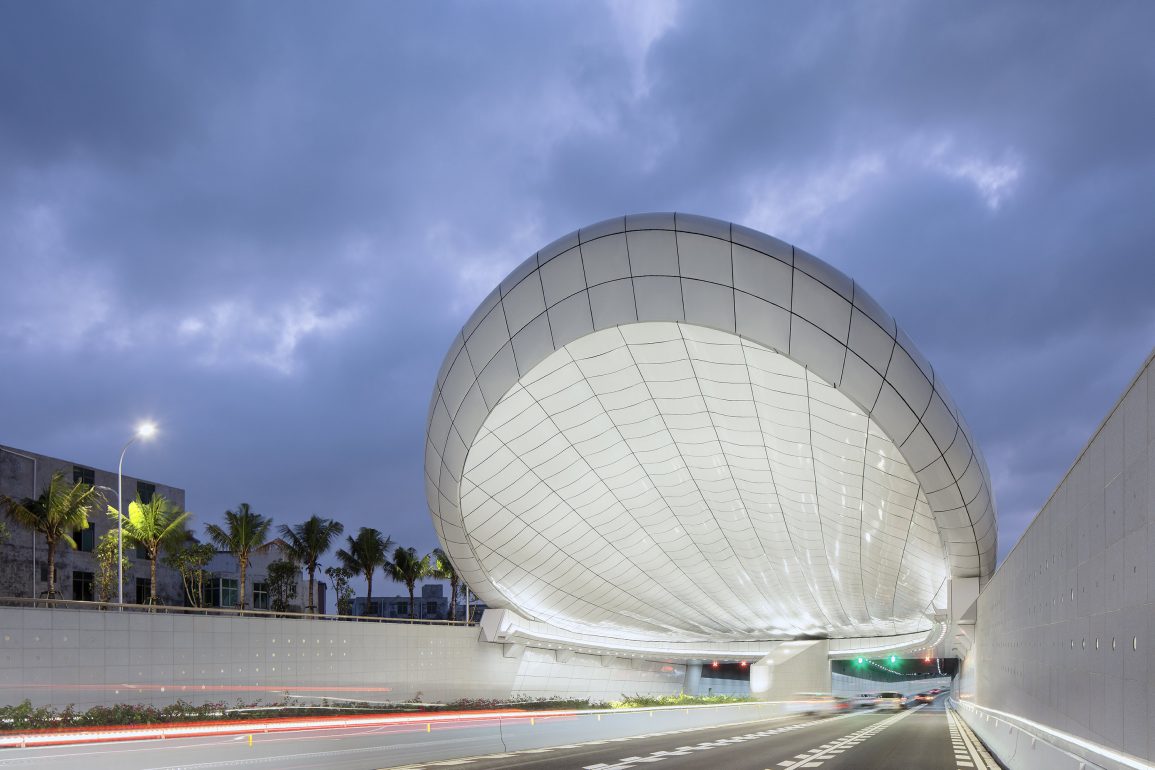 Penda China design studio, of co-founders Sun Dayong & Wan Shuyan, has been commissioned to build three entrances to the new Wenming East Tunnel, the new project commissioned by Jiangdong New District in Haikou city, the capital and most populous city of Hainan, which will provide an easy connection between Chengmai county and Wenchang city, as well as more efficient economic growth.

The entrances designed by Penda China vary in size, one larger and two smaller, but maintain the same style and create harmony between the different entrance sites, standing out from the existing urban fabric and bringing a touch of surrealism to the city of Haikou.

In order to make the passage of light from the outside to the inside of the tunnel more gradual, the designers decided to eliminate the classic LED grids, incorporating instead a shell structure made of white enamelled aluminium, with thin black lines, which allows a gradual but uniform change of light.
Moreover, ripples due to the undulating shape reflect the light to the innermost points of the tunnel.

The sculptural forms are inspired by the aquatic world, including white, undulating shells, or details reminiscent of the gills of a fish, as a tribute to the city’s location by the sea.

Penda China has also drawn creative inspiration from marine bioluminescence, incorporating a multitude of small lights into the lines between the cladding panels. This allows the outer shell to emit an atmospheric glow at night. 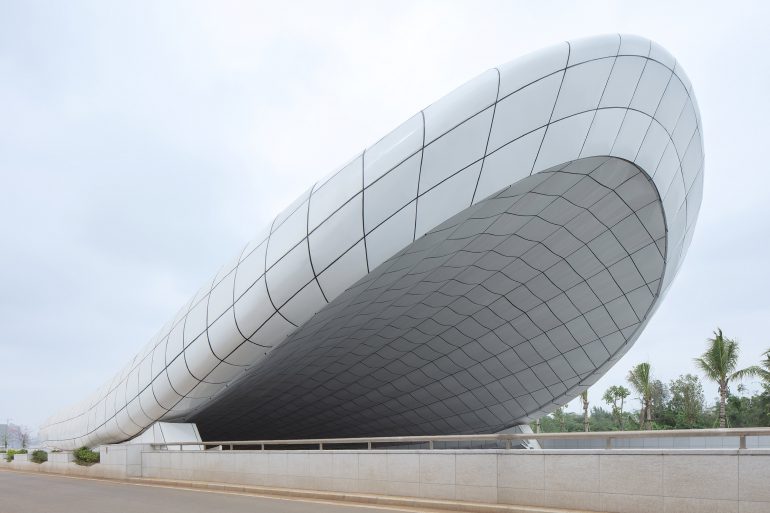 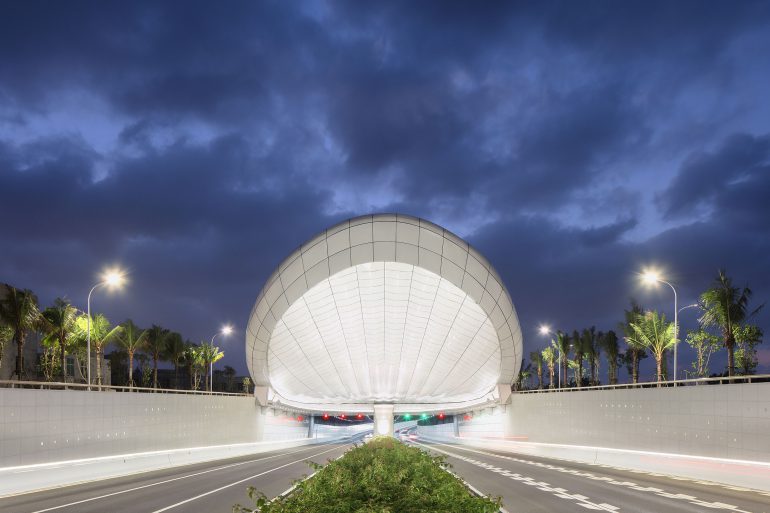 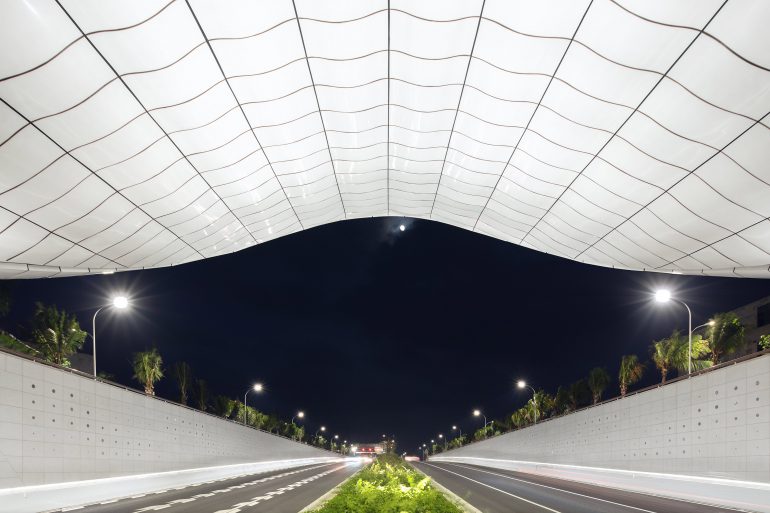 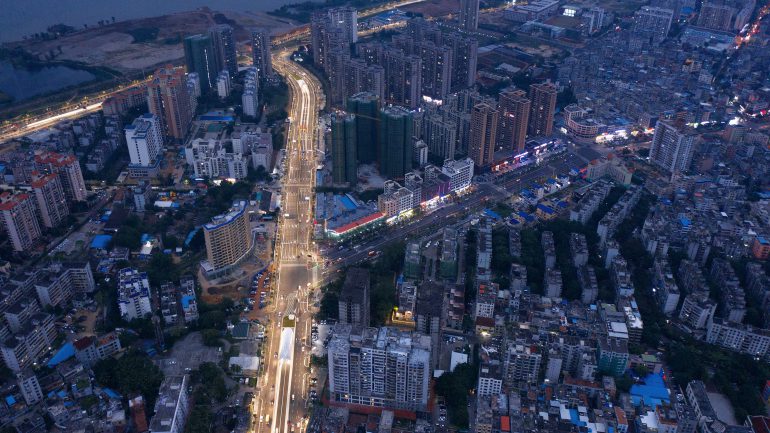 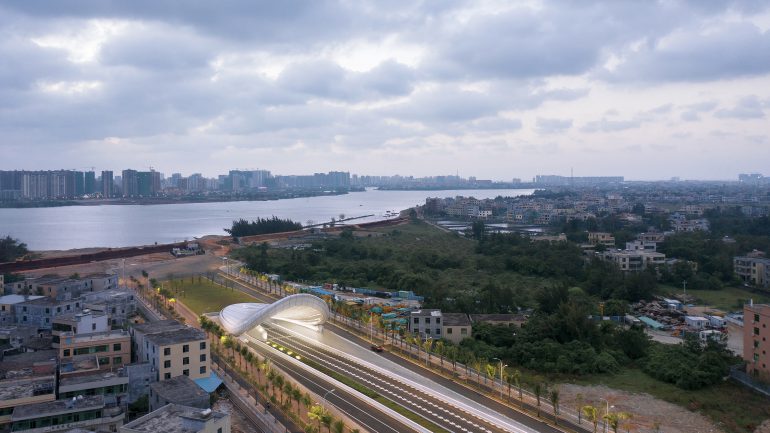 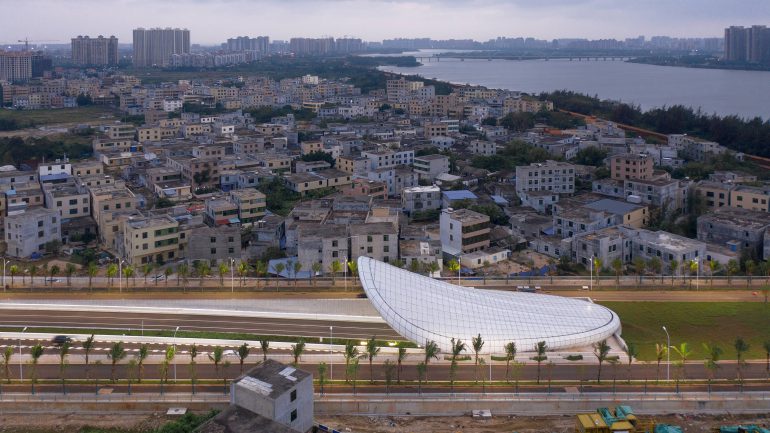 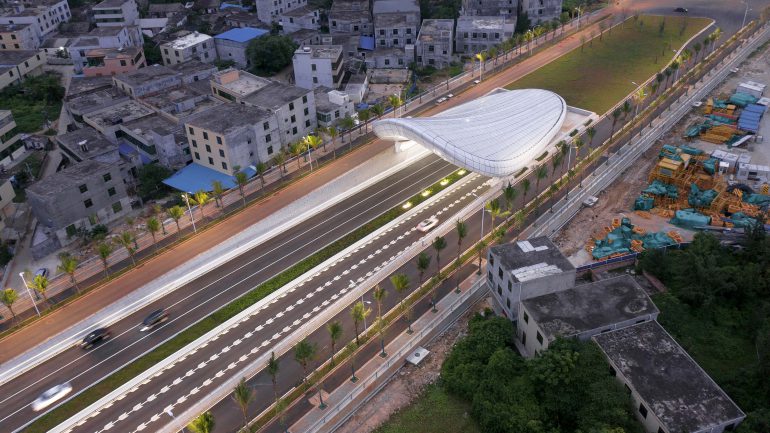 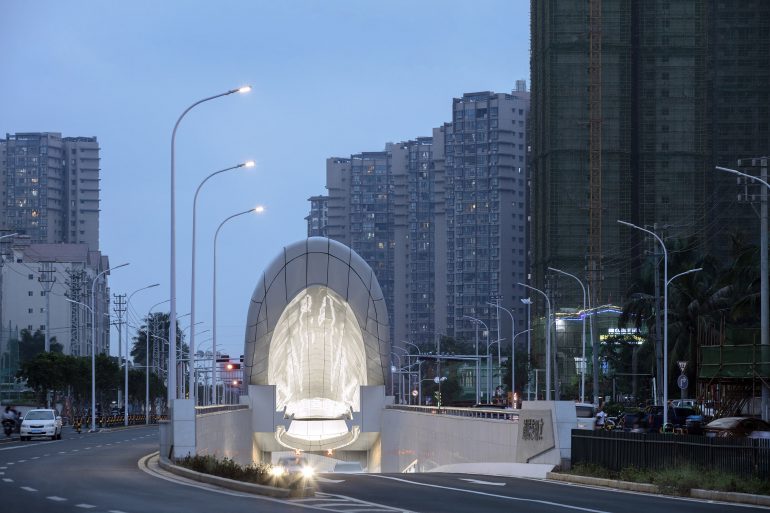