To provide the best possible service, we use cookies on this site. Continuing the navigation you consent to use them. Read more.
PROJECTS
·29 December 2020 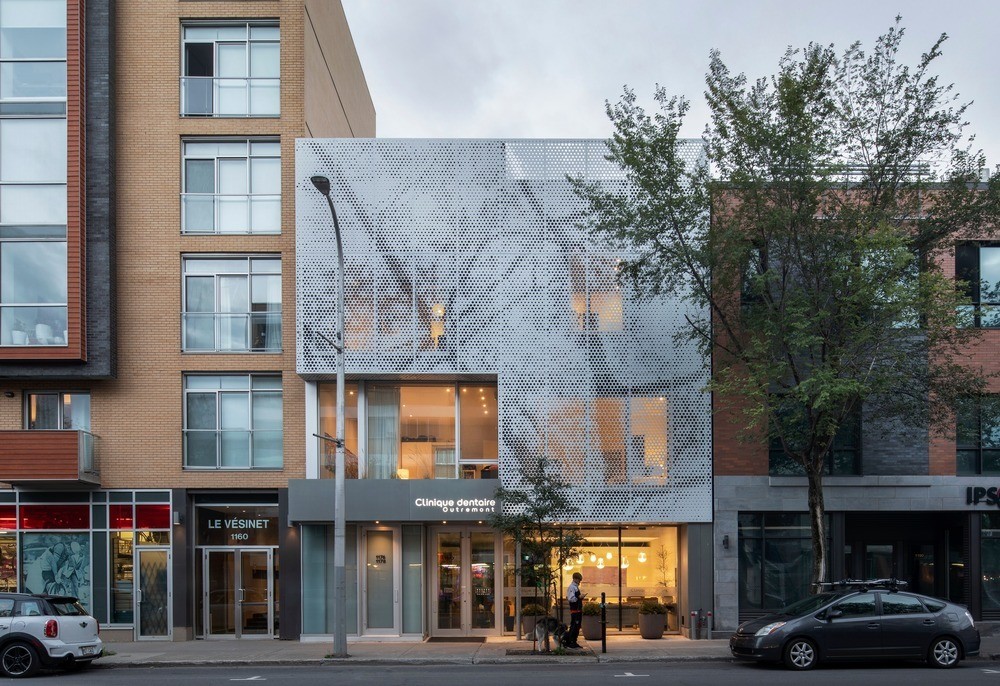 Paul Bernier Architect from Montréal is committed to creating projects that emphasise the natural light of spaces through a contemporary and creative approach.

The client’s brief included the renovation of a building on Van Horne Avenue in Outremont, and its expansion with two additional floors.
The ground floor would be a commercial space, the second a rental flat, and the third would be dedicated to the client’s own residence.

The project was developed through the interaction of different volumes, both outside and inside.
The third floor unit has a very high ceiling height, an opening leading to the rear terrace, and a large window on the west side that allows light into the space during the afternoon hours.
Above the separate living and sleeping areas is a skylight that opens onto the roof of the building.

The façade facing the street is characterised by the overlapping of a perforated aluminium panel, painted white.
From the inside, the screen appears as a corridor, which can protect the privacy of the residents and cover the view of the six-storey building across the street.
In addition, when the lights inside are switched on during the dark hours, the building lights up like a lantern, creating a very atmospheric atmosphere.
The recess on the second floor of the main façade creates a loggia, an architectural feature often seen on Van Horn Street, which expands into a cantilevered green roof, marking the entrance to the flat and dental office. 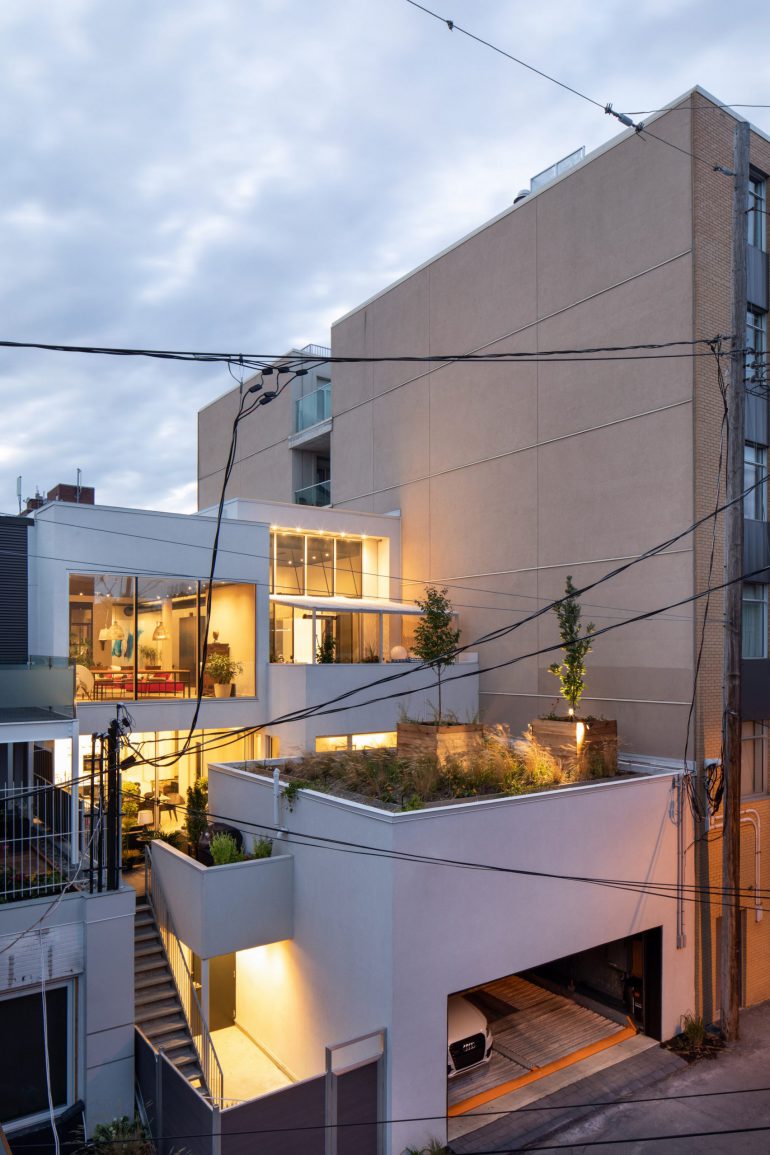 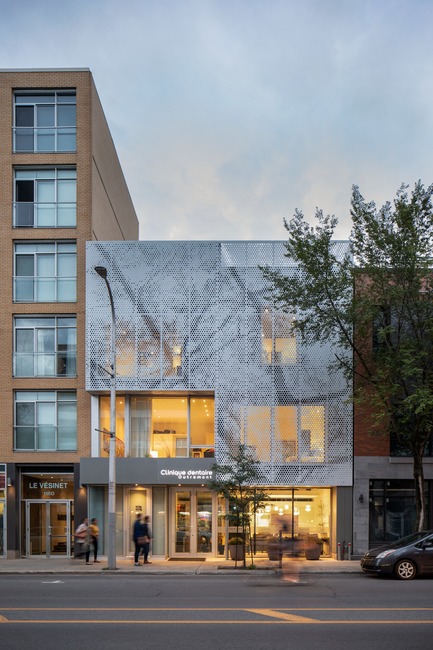 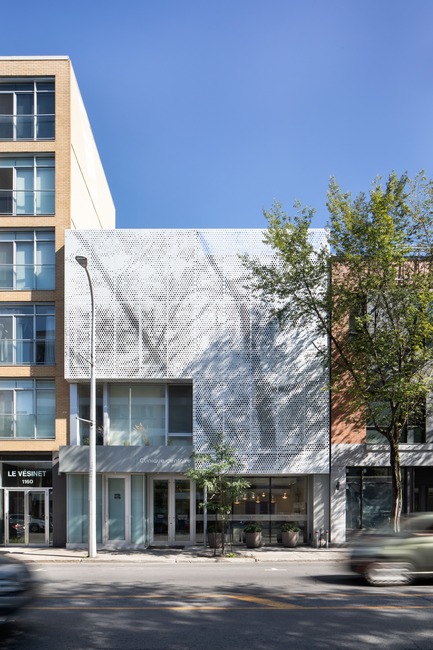 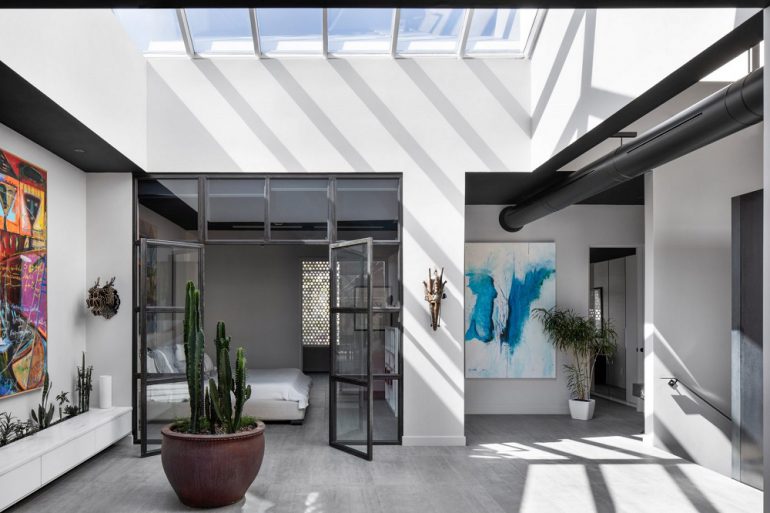 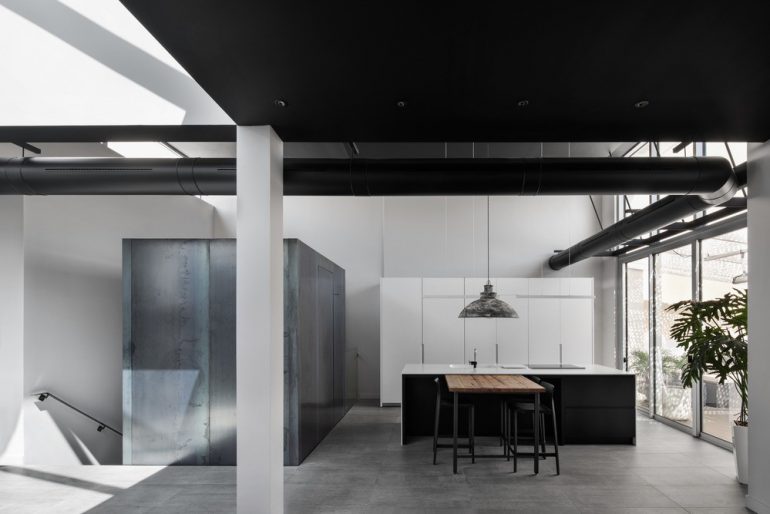 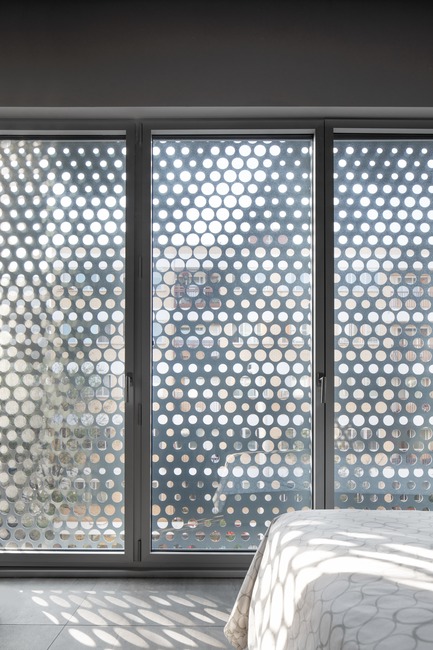