To provide the best possible service, we use cookies on this site. Continuing the navigation you consent to use them. Read more.
PROJECTS
·30 November 2020 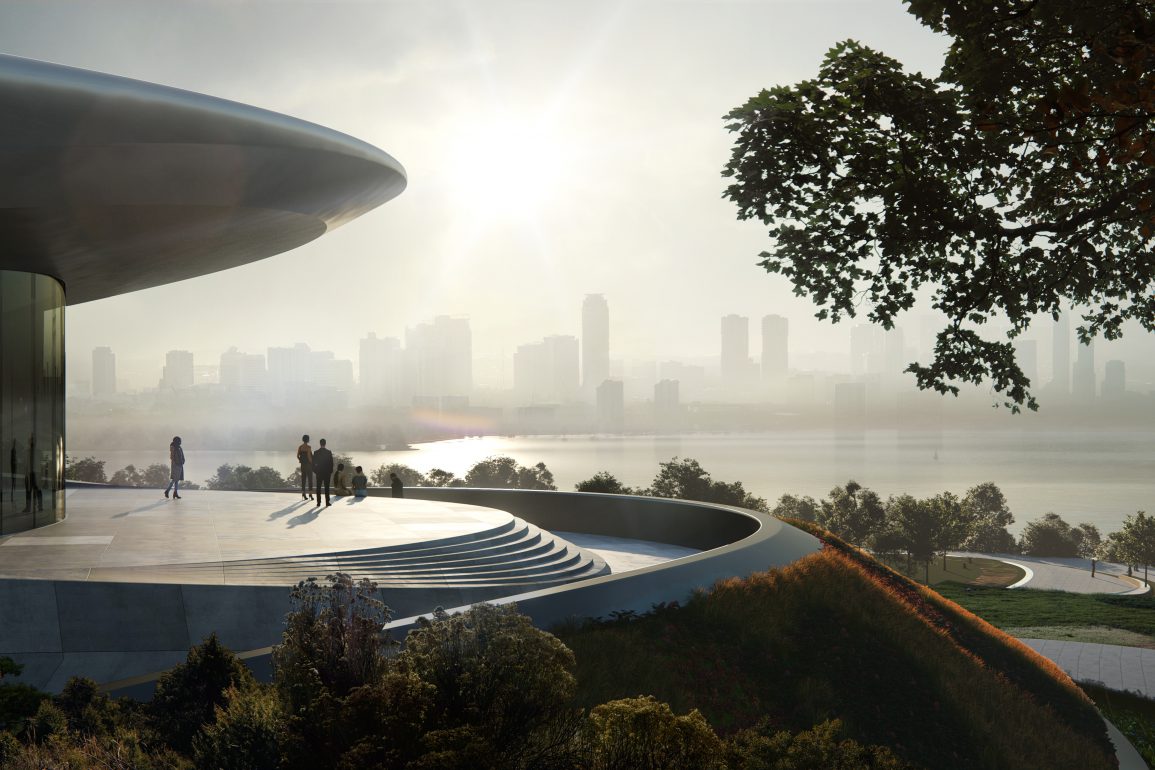 With a growing economy and the spread of new technology-based organisations, China is home to a third of the world’s emerging technology start-ups, called “unicorn companies”.
The Chengdu capital of Sichuan Province has developed into a centre of excellence for the production and distribution of laptops’ chips around the world, and the production of mobile computing hardware.
To the south of the city, the Tianfu New Area has seen exemplary development in sustainable ecology, business and housing, focusing on the next generation of technological information and digital intelligence.
The area, named “Unicorn Island” by the start-ups it hosts, encourages the growth of the Chinese economy, as well as collaboration with international companies.

The importance of the welfare of a community of around 70,000 researchers, workers and residents is reflected in the engineering projects that are part of the region’s history.
In fact, for 2300 years the city of Chengdu has implemented the Dujiangyan irrigation system of the River Min, a structure that has strengthened the agricultural production system of the area, also becoming a UNESCO World Heritage Site.
This irrigation system collects the environmental principles that Tianfu New Area pursues with the aim of restoring the green spaces of the city, the conservation of water sites, to improve the connections and the efficiency of the working spaces and the welfare of the citizens.

Unicorn Island is surrounded by clusters built around the central square and the metro, making it an area easily accessible in a short time.
It is expected that these clusters will be further implemented organically over time, responding to the needs of the community and the functioning of the city.

Moreover, in the green areas bordering Unicorn Land, such as Lake Xing Long, a system of innovative agricultural technologies will be developed, which will ensure the availability of local and genuine products to the inhabitants. 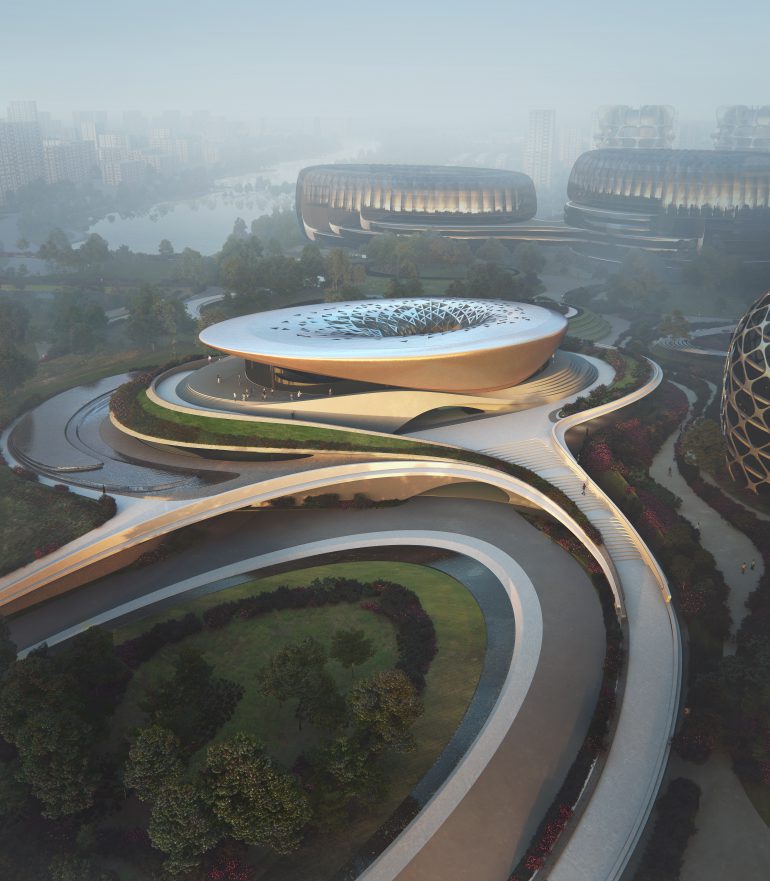 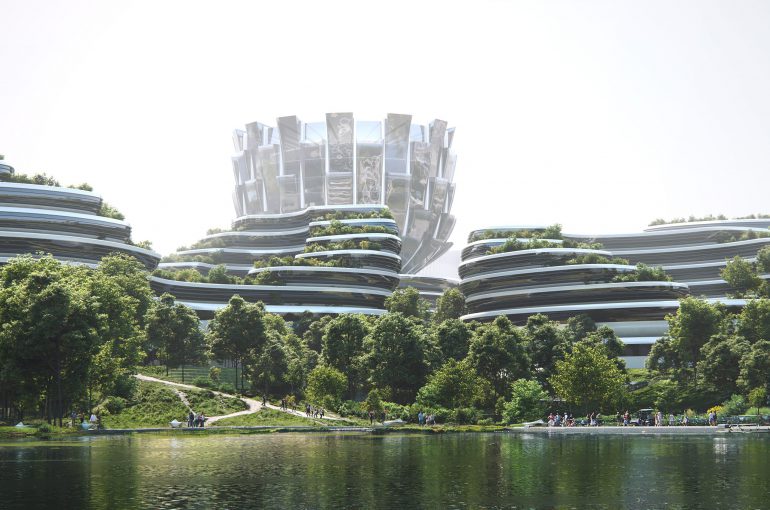 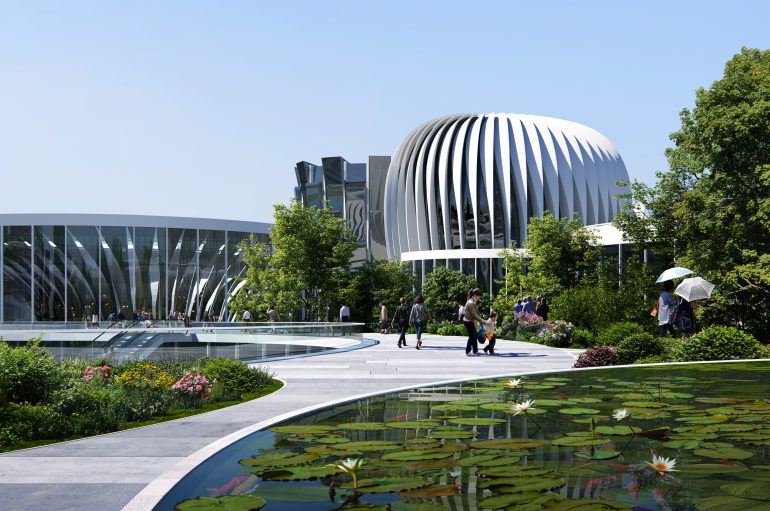 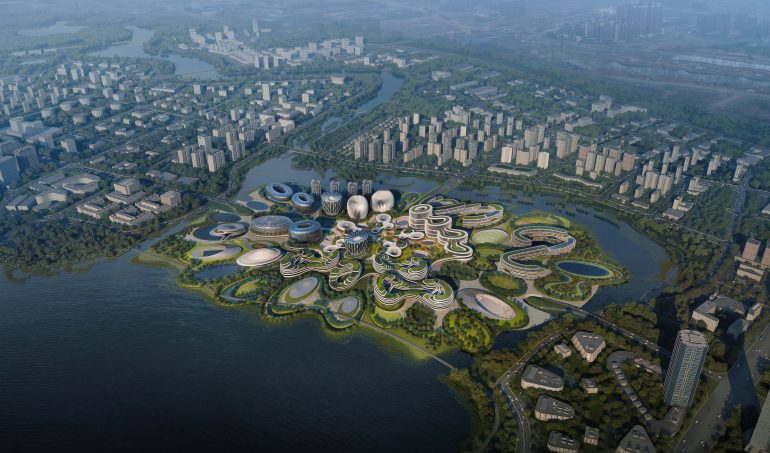