Milano4You will be the first smart district in Italy, to be built in Segrate on the outskirts of Milan, on an area of 300,000 square metres, on the border between the urban fabric and the countryside: an urban-scale project with spaces for concerts, sports and play that will harmoniously combine architecture, technology and nature.
The complex project is managed by Sagitta SGR, as manager of the real estate fund that owns the area, and RED S.r.l, the developer that conceived and developed the project, which was made possible by the financial intervention of the Arrow Global group, a pan-European investor and asset manager. Drees & Sommer was entrusted with the project management activities.
Milano4you, whose Masterplan and Implementation Plan was designed by MAB Arquitectura – in collaboration with Ag&P greenscape for the landscape design – is a district that makes digital infrastructure its great strength. The presence of an energy system based on renewable sources such as geothermal and photovoltaics will allow a significant reduction in condominium expenses, thus also making the district economically sustainable.

The project has a gross floor area of 90,000 square metres and consists of three areas that can be identified as a succession of public and private, open and built-up spaces, with different characters and types of housing. The Promenade is the structuring element of the project and, on this cycle-pedestrian axis that crosses the area from south to north, the three Piazzas of Milano4You overlook it. This succession is conceived as a ‘Gradient of Urbanity’ that varies from the more urban and built environment in the south to the exclusively natural and rural environment in the north.
Three landscapes are thus defined: Urban, Peri-urban and Rural.

The first Urban landscape to the south of the area is characterised by the highest density, and hosts several functions in addition to the residential one: the commercial structure, the sports centre and the hotel. The open residential part – the heart of the project – is organised on four lots along the promenade, designed with an open courtyard layout, composed of several buildings.
Proceeding northwards, the landscape turns into a Peri-urban environment, increasingly green and characterised by low buildings and villas surrounded by large green spaces, where we also find the Senior Housing and the Cultural Centre.
The third area of the intervention is the so-called Rural area, in which architecture gives way to equipped public space and the landscape becomes completely natural, with a 65,000 square metre Equipped Urban Park focused on the theme of well-being and the encouragement of outdoor sports and music. 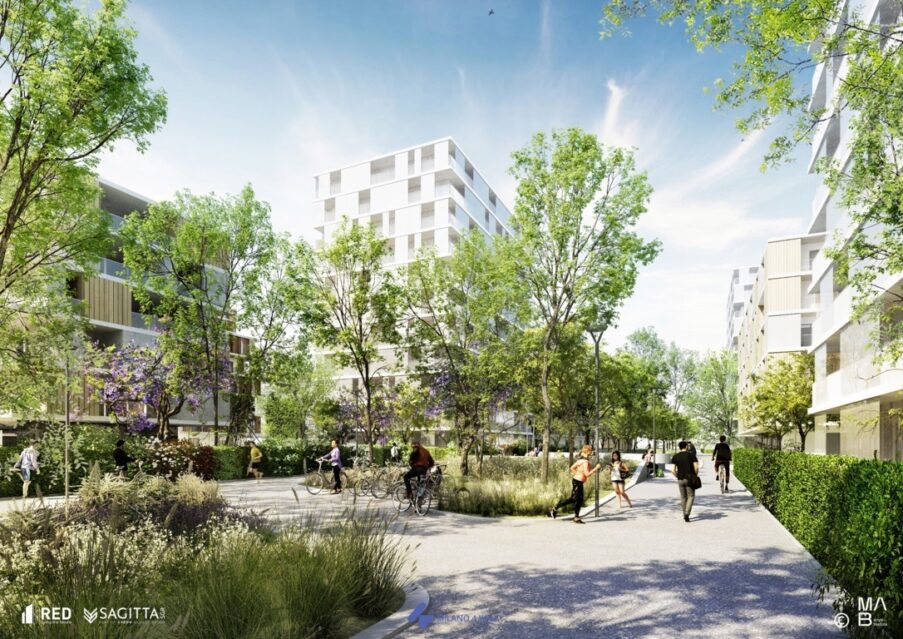 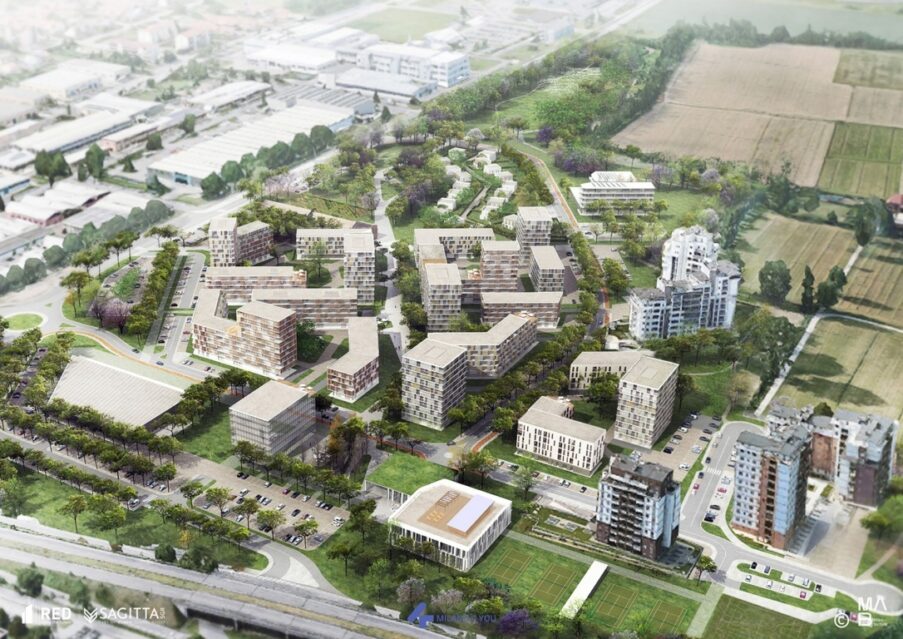 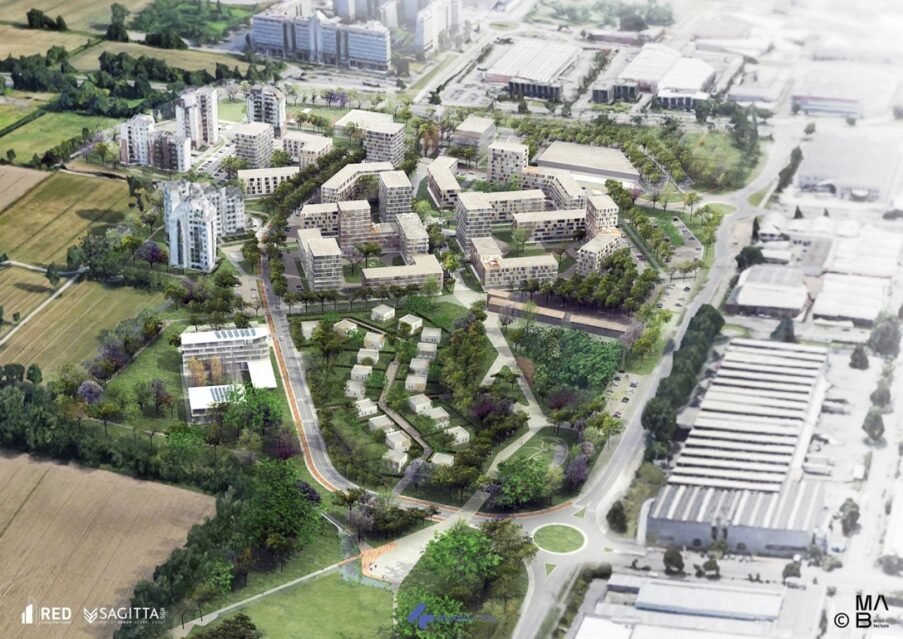 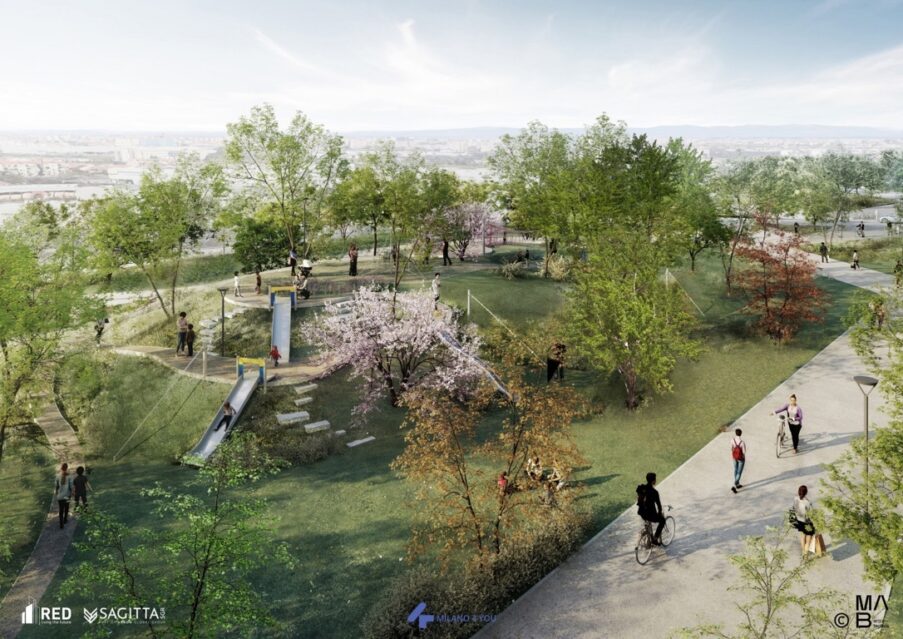 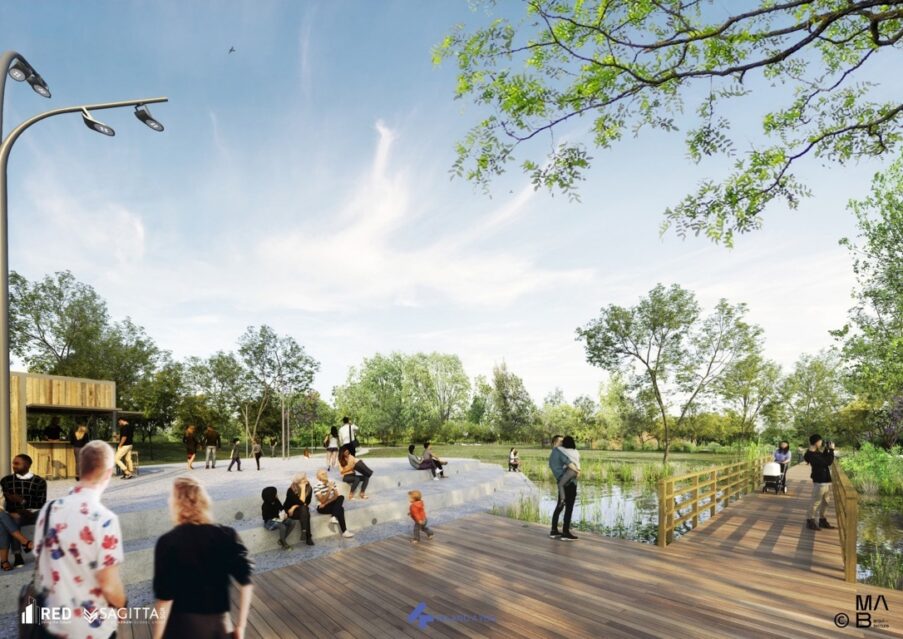 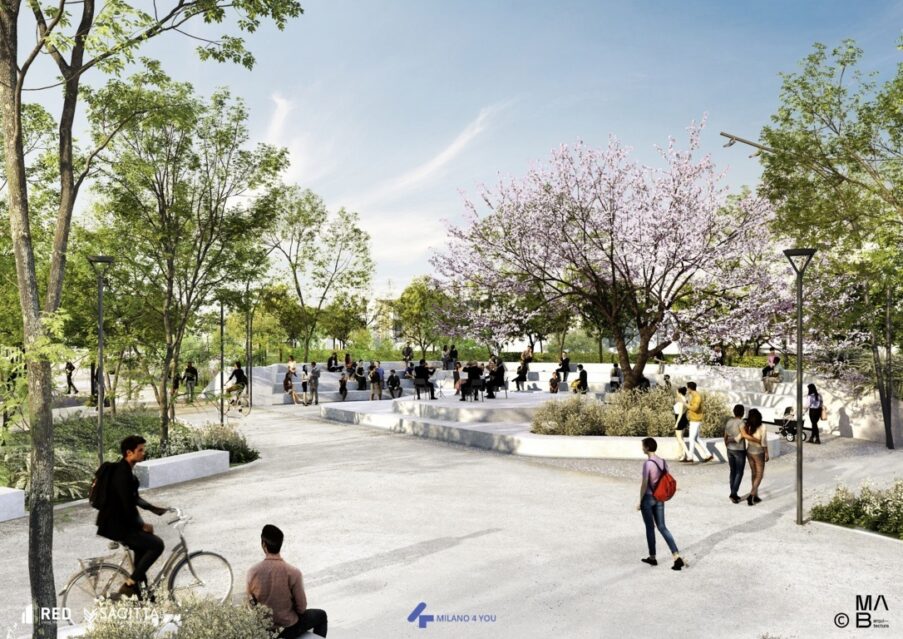