To provide the best possible service, we use cookies on this site. Continuing the navigation you consent to use them. Read more.
COMPANY
·5 December 2018 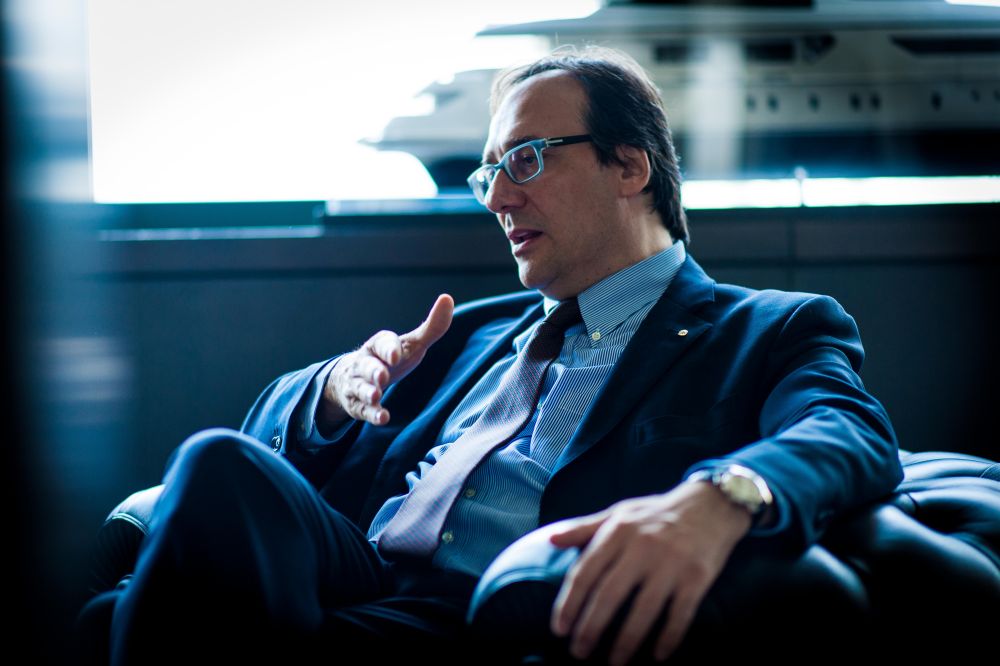 The San Lorenzo Shipyards have always been characterized by the elegance and sophistication of their craft. The racy dark line of windows that highlights the hull makes the brand instantly recognizable, a brand that is synonymous with quality.
Anyone who buys a San Lorenzo will, in time and without too much difficulty, soon buy another (usually a little bigger, as often happens with ship-owners) and won’t give up this way of “travelling well by sea”, in the words of Massimo Perotti, current owner of the shipyard.
In the history of the yard there is a “before and after Perotti”; both are great stories.
Started in 1958, by Giovanni Jannetti, the Cantieri Navali San Lorenzo di Viareggio have for decades developed and produced motorboats considered by enthusiasts as among the most beautiful there are. Attention to detail, interior comfort and navigability are part of a design search for quality that has been constantly pursued, resulting in a level of reliability that is hard to match.
Customer loyalty has always been particularly high, even though the boats are more expensive (about 20%) compared to the competition. In addition the lines of these yachts have evolved since the 1950s maintaining a level of consistency over the years and creating a “timeless design”, which reassures owners and contributes to reinforce the image of the yard. In 2005 the Cantiere San Lorenzo passed into the ownership of Massimo Perotti after an intense year of working closely together with the previous owner who wanted to be sure that his creation was in good hands and on the right path. A difficult year for Perotti who, coming from a more aggressive managerial experience in a larger shipyard, had to apply the brakes and struggle to acquire different design and production rhythms.
Having entered the world of Yachting at 23, after his degree Perotti was a part of the rapid growth of a company that went from 25 units to 3,000 employees and reaching a turnover of €1,000 million; he now found himself having to start with much smaller numbers. However, with Jannetti at his side, he had the chance to develop a greater passion for details and to appreciate the patient search for quality. At times, faced with this impatience, Jannetti would postpone and put decisions off, thereby imposing a kind of “slow motion” which led to greater reflection on aims and objectives.
But despite Jannetti’s warning to slow down, Perotti instead gave a tremendous boost to the yard. In four years, starting from 2005, the number of staff increased from 75 to 200, as well as 600 indirect operators and turnover went from €40 million to €200 million, in the face of a time of great crisis for the Italian marine industry. An achievement against the flow when compared to all the current negative trends, which continues to maintain an average growth per year of double figures. In order to achieve this result, the policy followed was to combine tradition and innovation; clients’ expectations were not betrayed and new development directions were introduced. It was decided to maintain the high level of “made-to-measure” products created for a limited number of customers (the boats developed in a non-exponential way, from ten to thirty).Work was done to expand the market from a local Italian/European context to a more global market (America, Asia and China).
The range of boats produced was extended, introducing “SD” semi-displacement (shuttle) hulls and large new hulls made from steel, the “Superyachts” (Alloy 40, 46, 52, 62) alongside the traditional “SL” planing hulls in fibreglass. Finally the design lines of the hulls were integrated with a more modern interior design, effectively connecting the nautical world with that of design. Thanks to the work done by Sergio Buttiglieri the shipyard interior design manager, famous designers from the furniture sector were involved for the first time in the design of the interior fittings, a success that led to San Lorenzo receiving the ADI Premio dei Premi for innovation, awarded by the Presidency of the Republic in 2011.
The partnership that started with Dordoni continues today with Citterio, Lissoni and Albanese.
For Massimo Perotti speed is the ability to grasp opportunities and new market indications, but it is through moving slowly that one finds the pleasure of travelling; for example the “shuttles” answer the increasingly widespread demands for sustainability.
Ask him where he wants to go and he makes it clear that the biggest development will be in the ever more current “service design” sector; ask him if he has a passion for boats and the sea, and he will tell you that for ten years now he lives all week on his boat so as to be near the yard and his work, and he only goes to his house in the city at weekends. Passionate and against the flow. 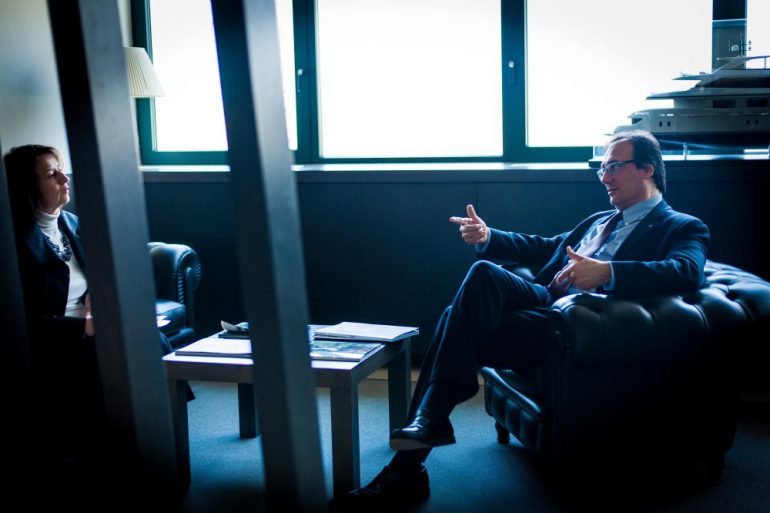 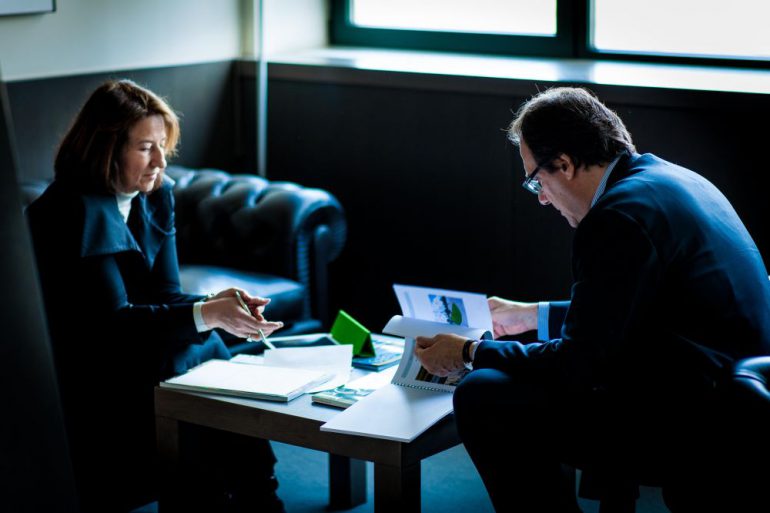 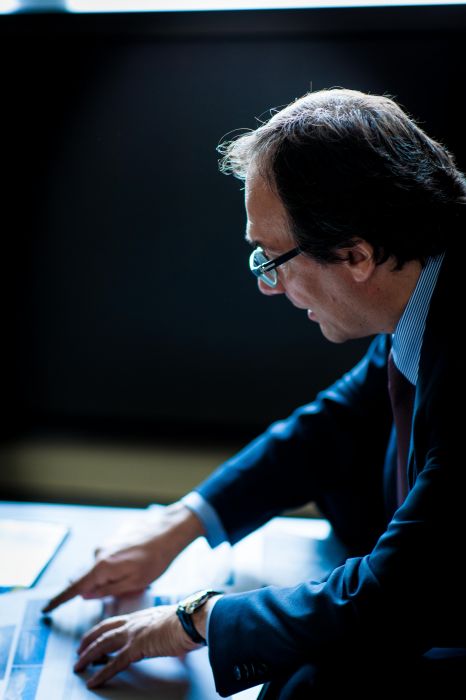 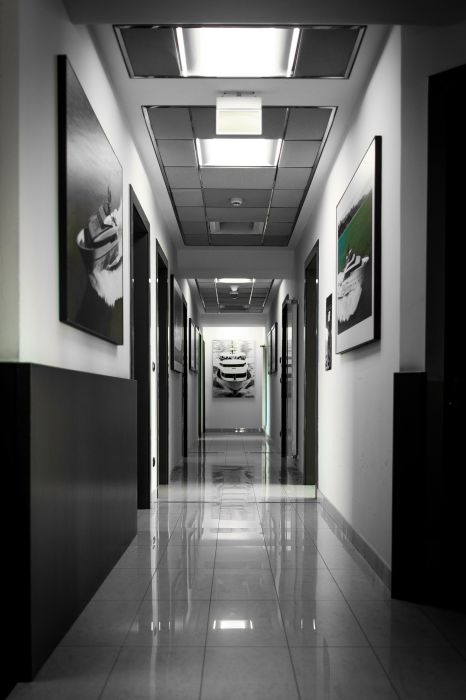 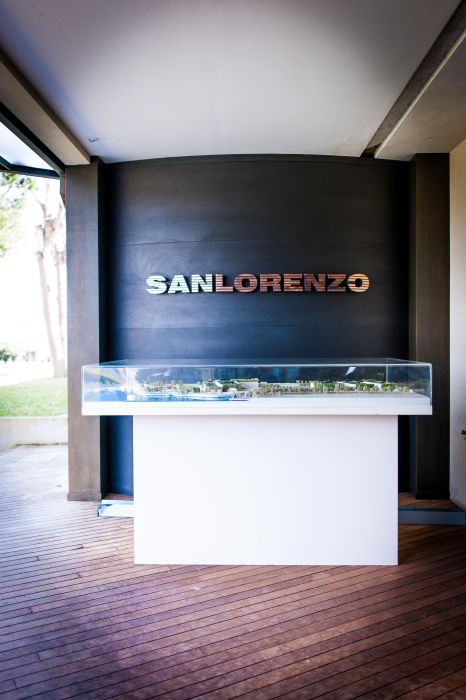 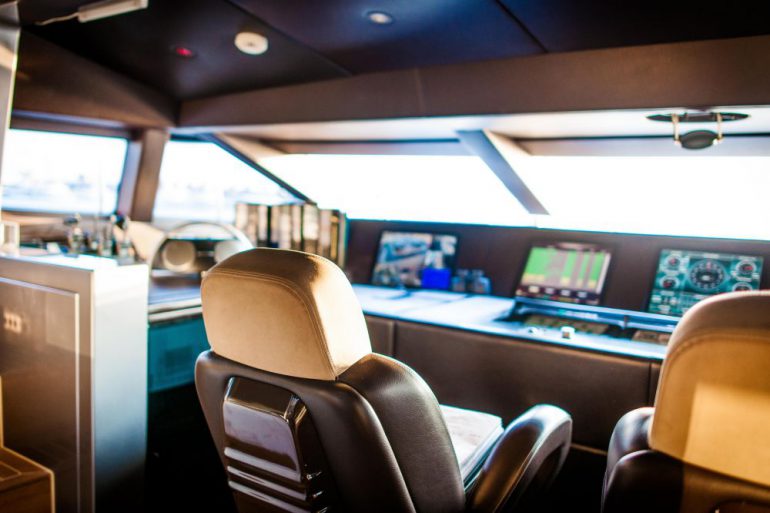 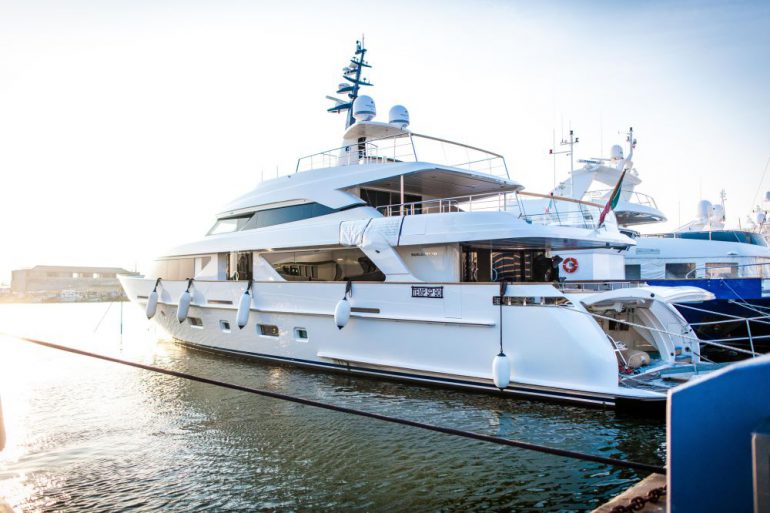 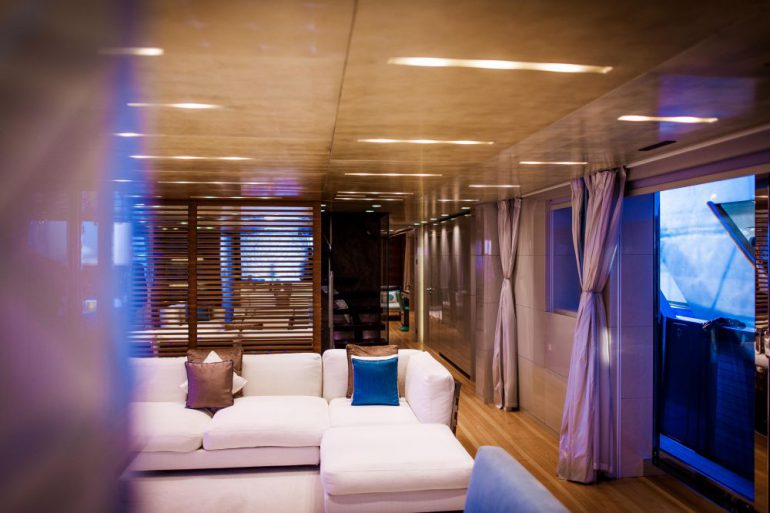 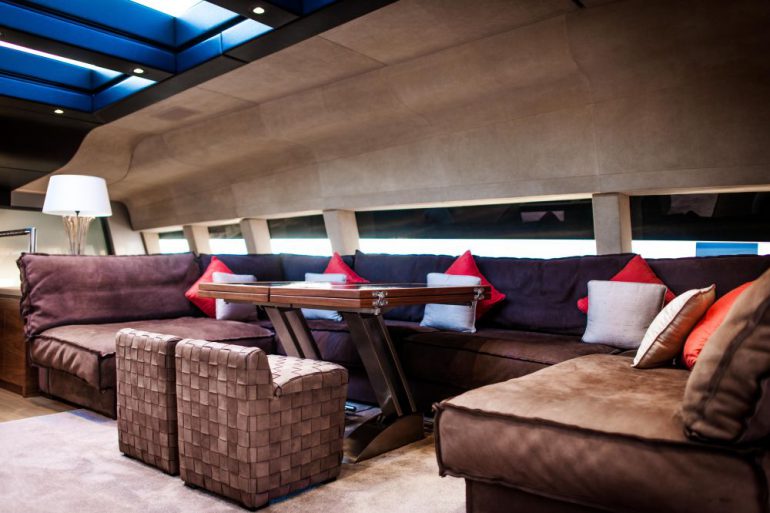 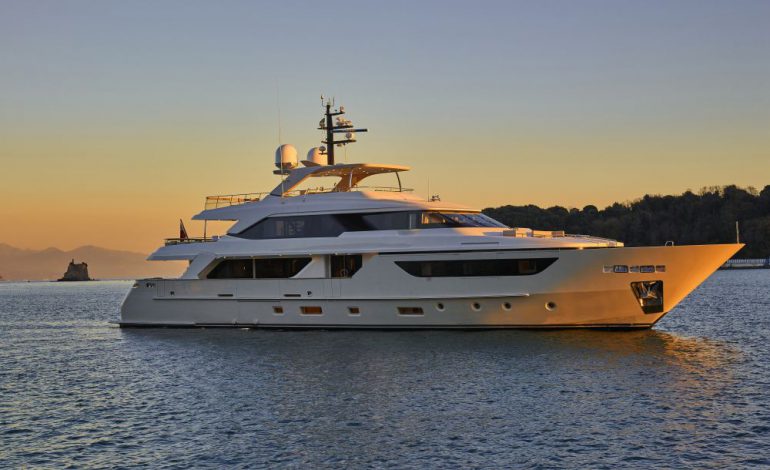 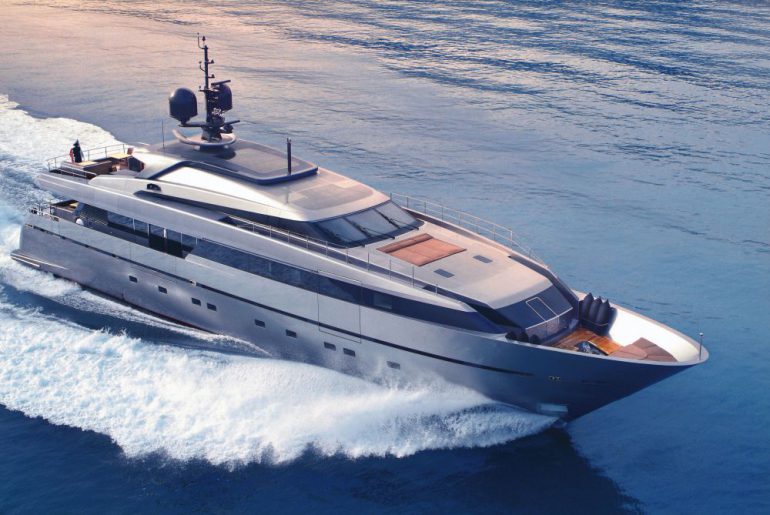 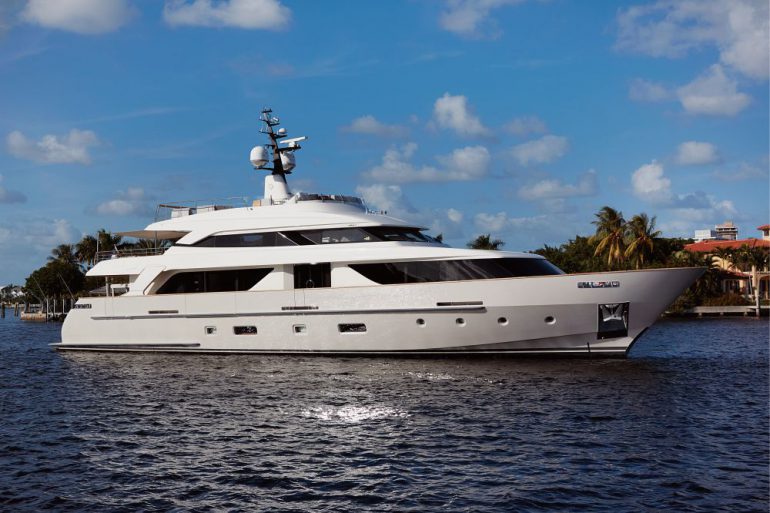 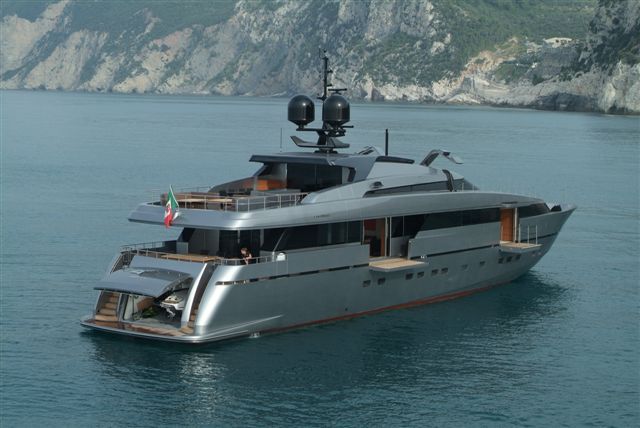 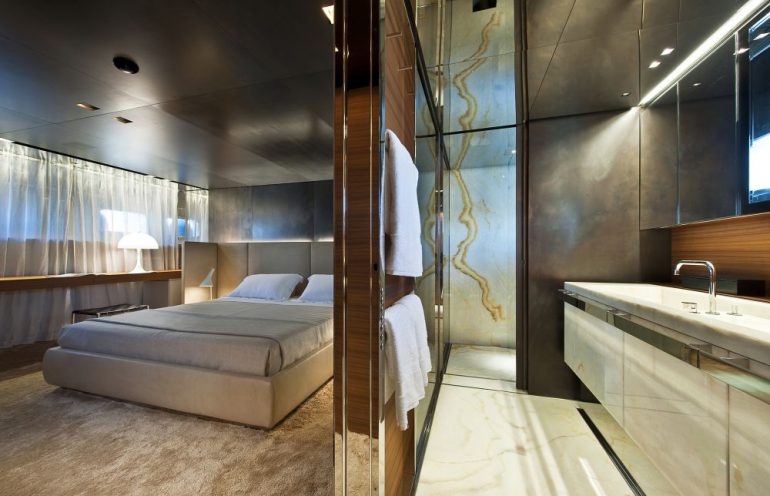 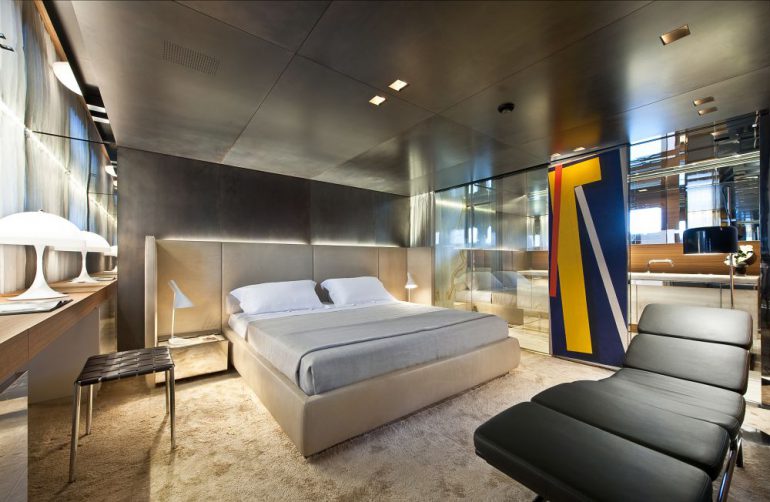 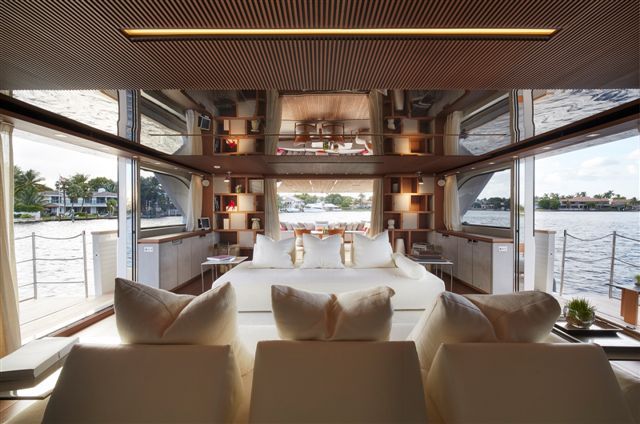 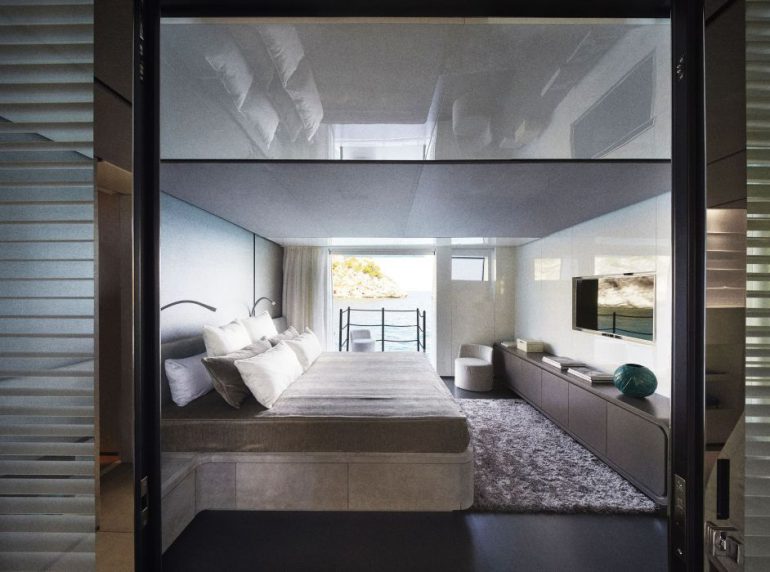 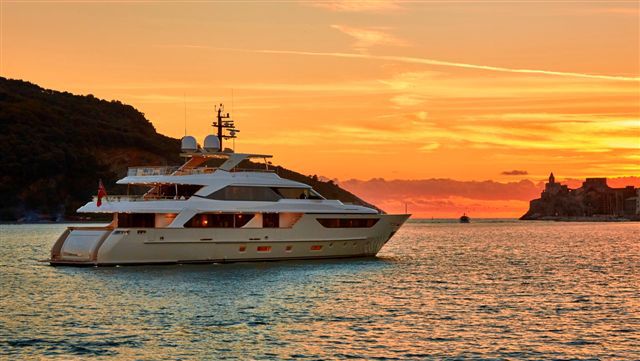 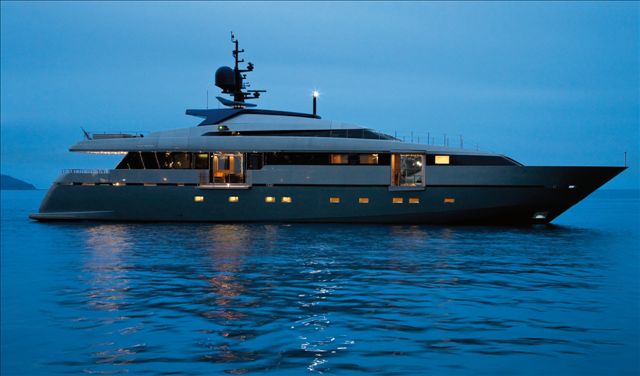 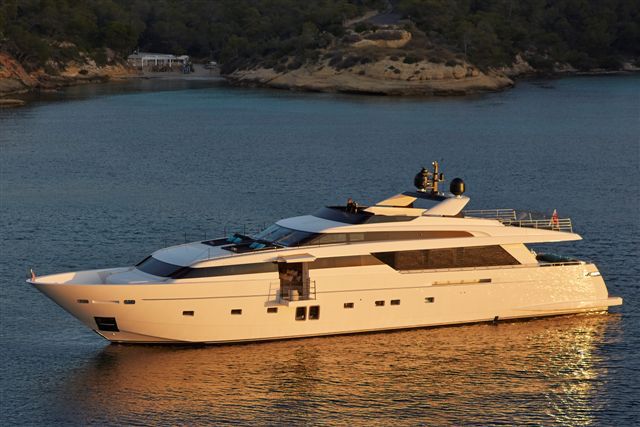 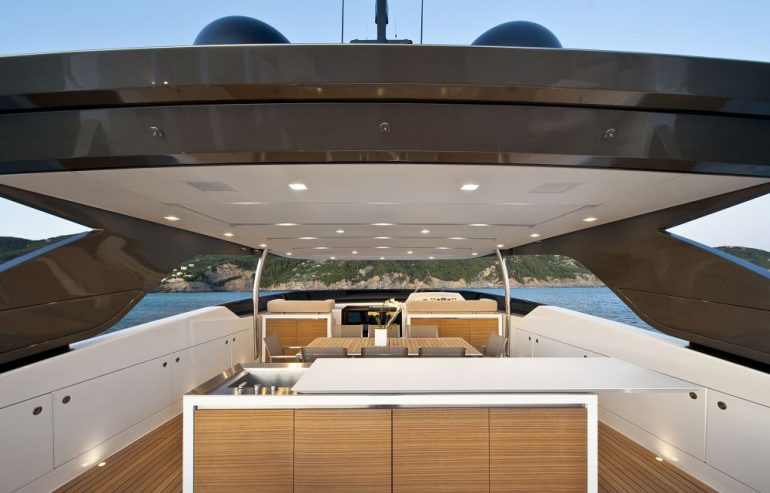 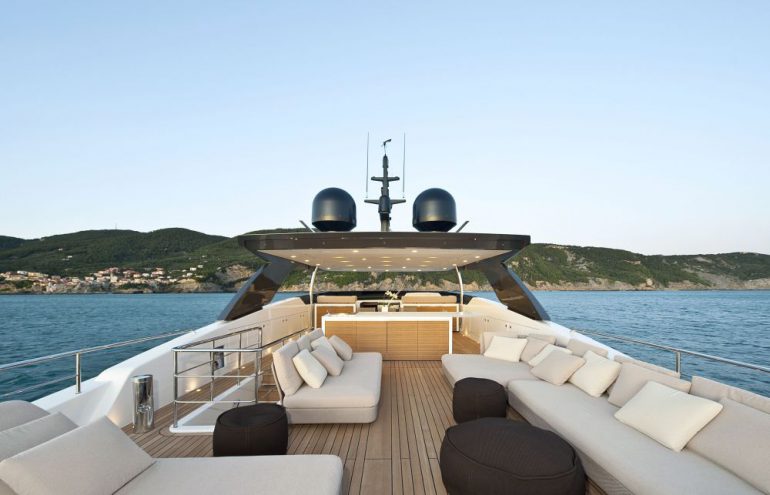 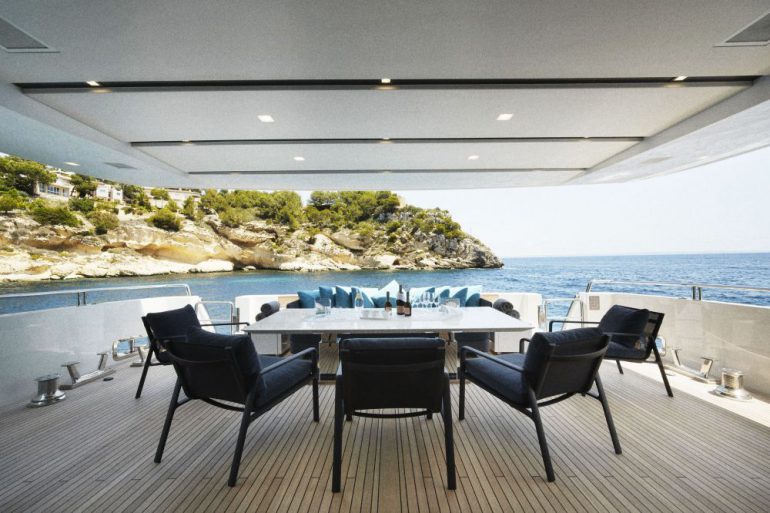 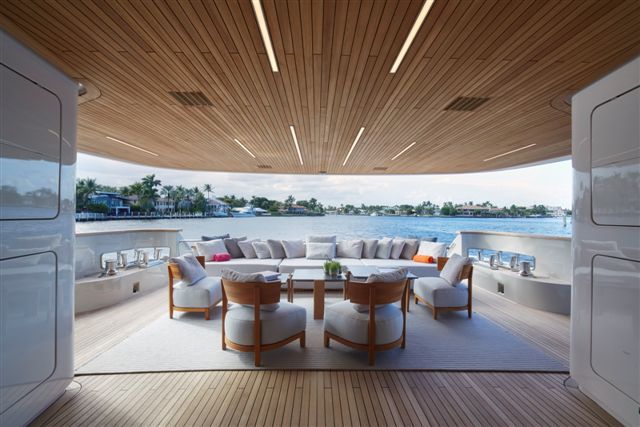 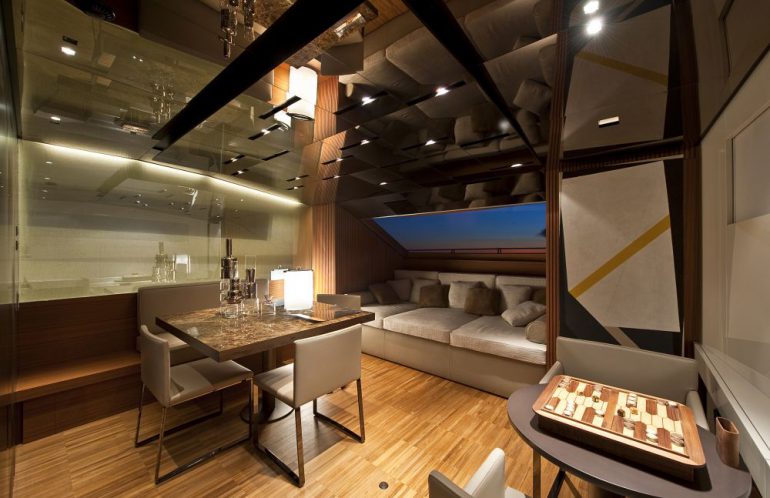 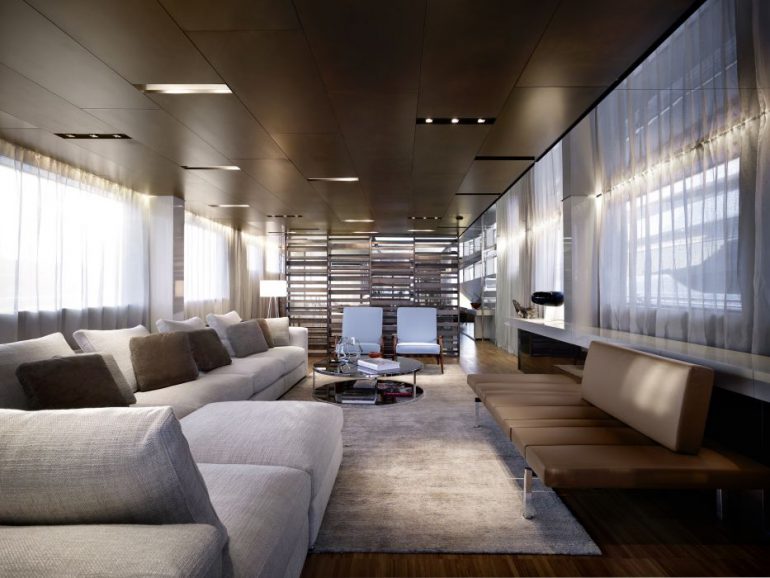