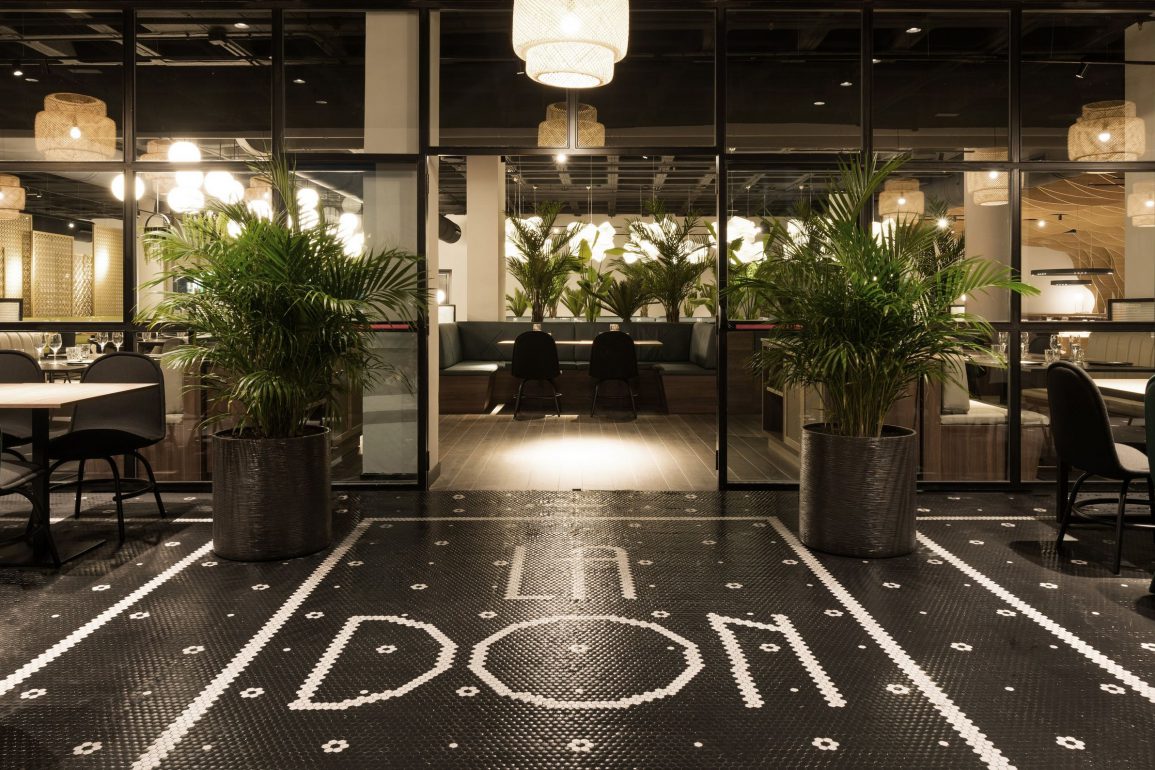 The volcanic nature of Tenerife and the landscapes of the Canary Islands are the setting for the Ladon Brasa&Grill Restaurant at the Piñero Group’s Fantasia Bahia Principe Hotel, designed by the Valencian architecture studio estudi{H}ac.
The image of the restaurant is characterised by the imposing dragon LADON with a hundred heads, positioned at the entrance, which according to Greek mythology is the guardian of the garden, together with the Hesperides, and the fire that spews from the volcano is as strong as the fire that comes out of its jaws when a visitor approaches the golden apple tree that it jealously protects.

This figure was the inspiration for the layout of the restaurant, where various paths, sensations and colours combine the areas with custom-made tables and benches appropriately adapted to the various parts of the legend (the transformation of the Dragon into a Millennial Dragon) to create an atmosphere of Fantasy and Dream.

The dominant colours are ash and patches of earthy tones, green and red. Walls and floors of lava stone, copper structures and black ceramic stairs blend with the large image of a dragon skin and contribute to the subdued atmosphere of the lobby.
The fire is represented by an imposing barbecue that opens up on the central axis of the room. The heart of the dragon is fiery red and surrounded by a composition of lights symbolising the tail.

The folklore of the island and its particular vegetation are represented by the morphology of the Dragon, transformed into a large structure of wooden slats that imitate the characteristic shape of the tree to generate a totally new area furnished inside with tables.
The terrace proposes all the most traditional architecture and craftsmanship of the island and offers a reinterpretation of it through a system of shutters surrounding the terrace space, whose floor takes the form of a large black sand beach made even more evocative by drawn graphic elements.
The perfect harmony of shapes and structures that the restaurant conveys is the result of the combination and selection of furniture and lighting from leading companies. 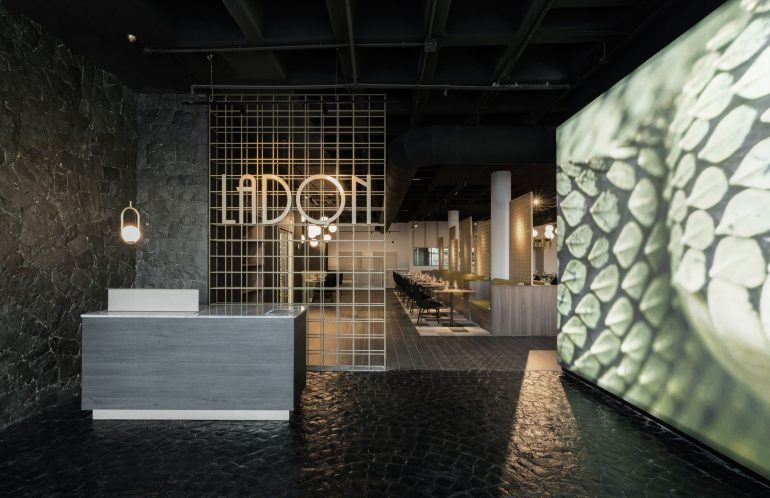 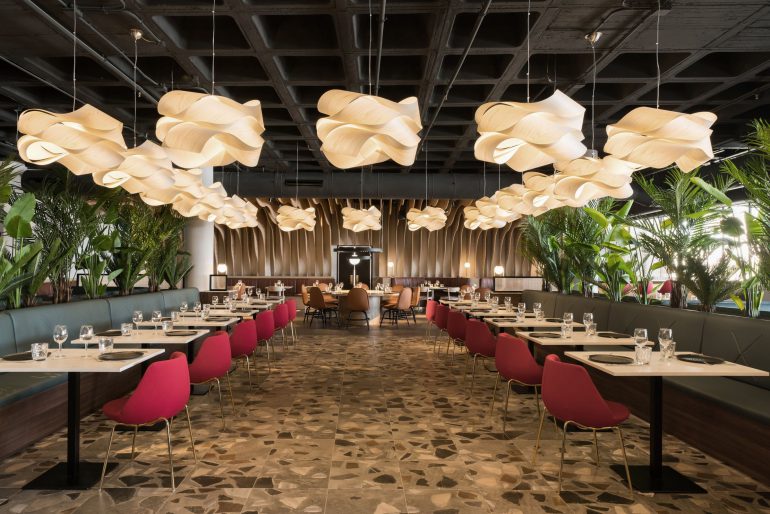 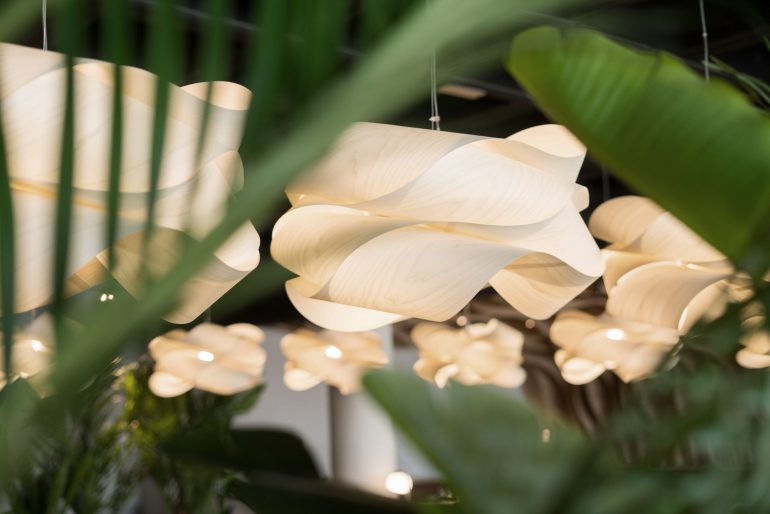 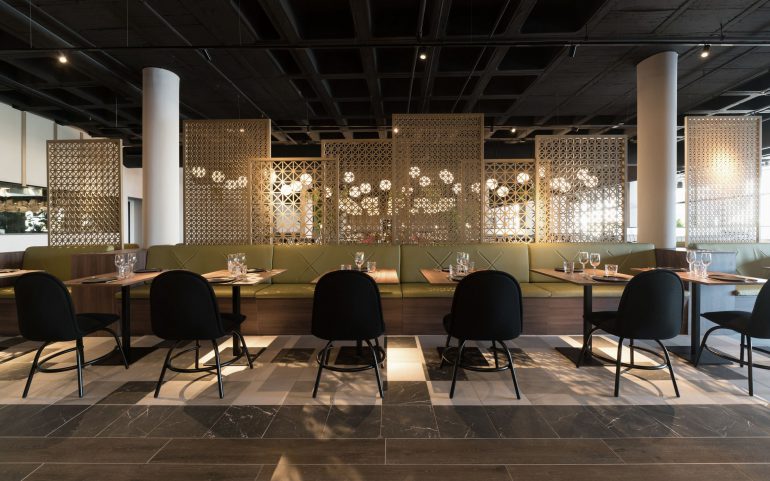 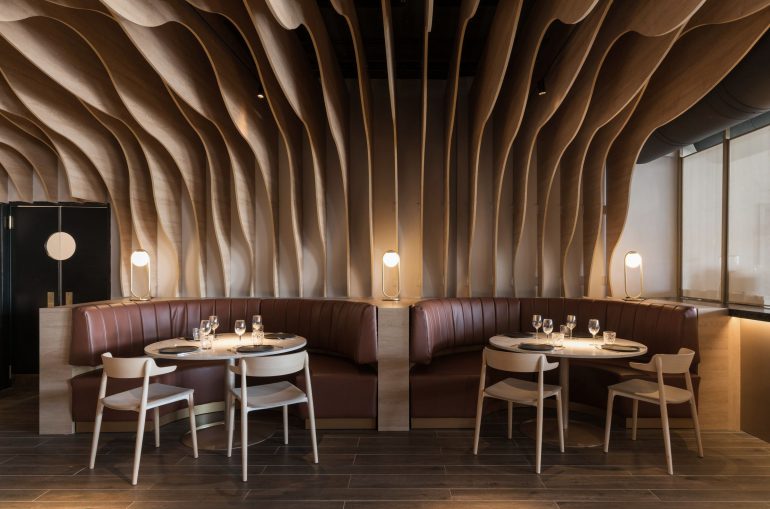 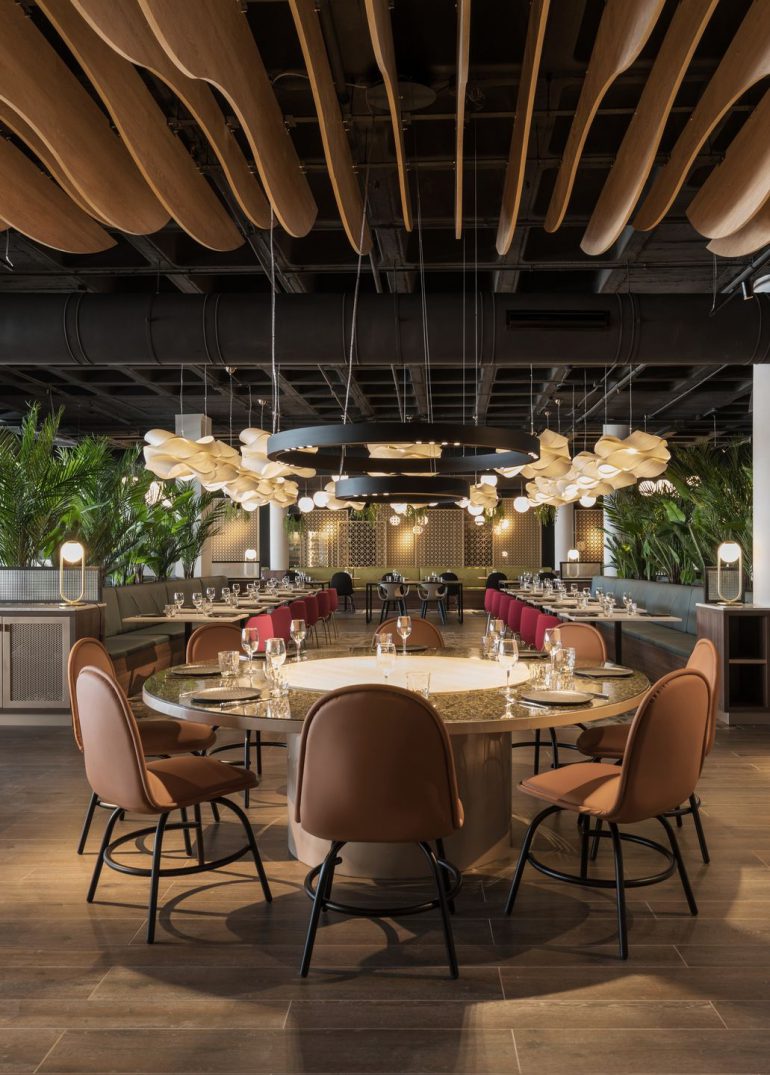 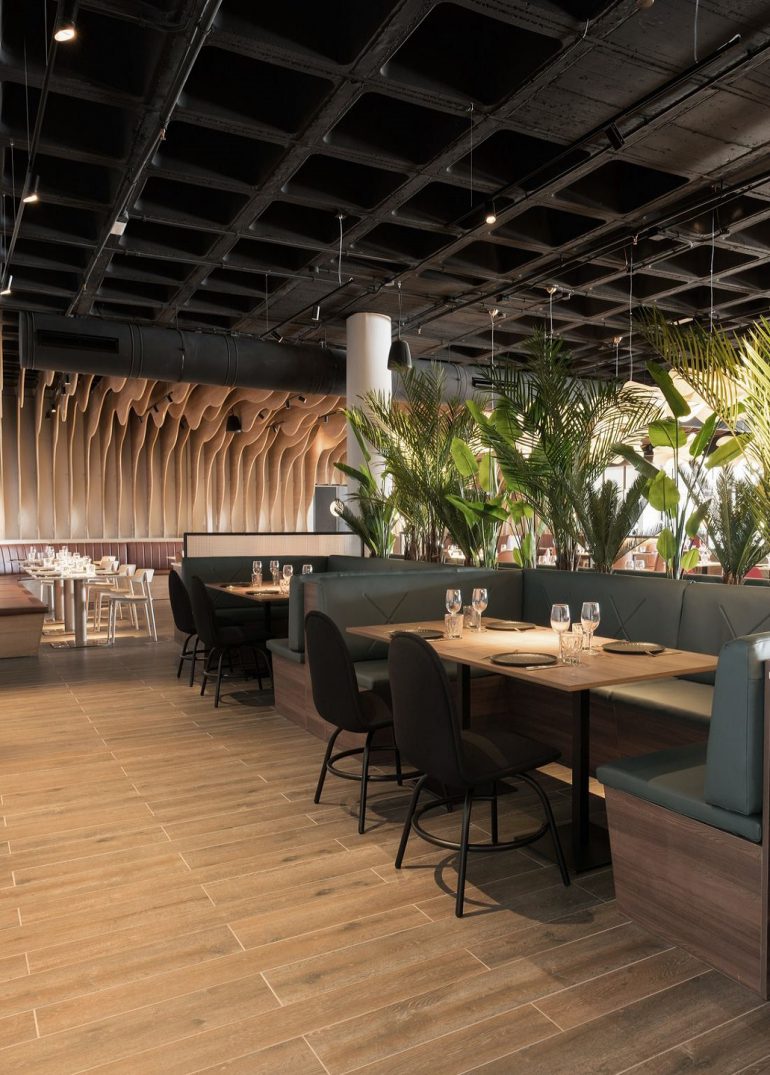 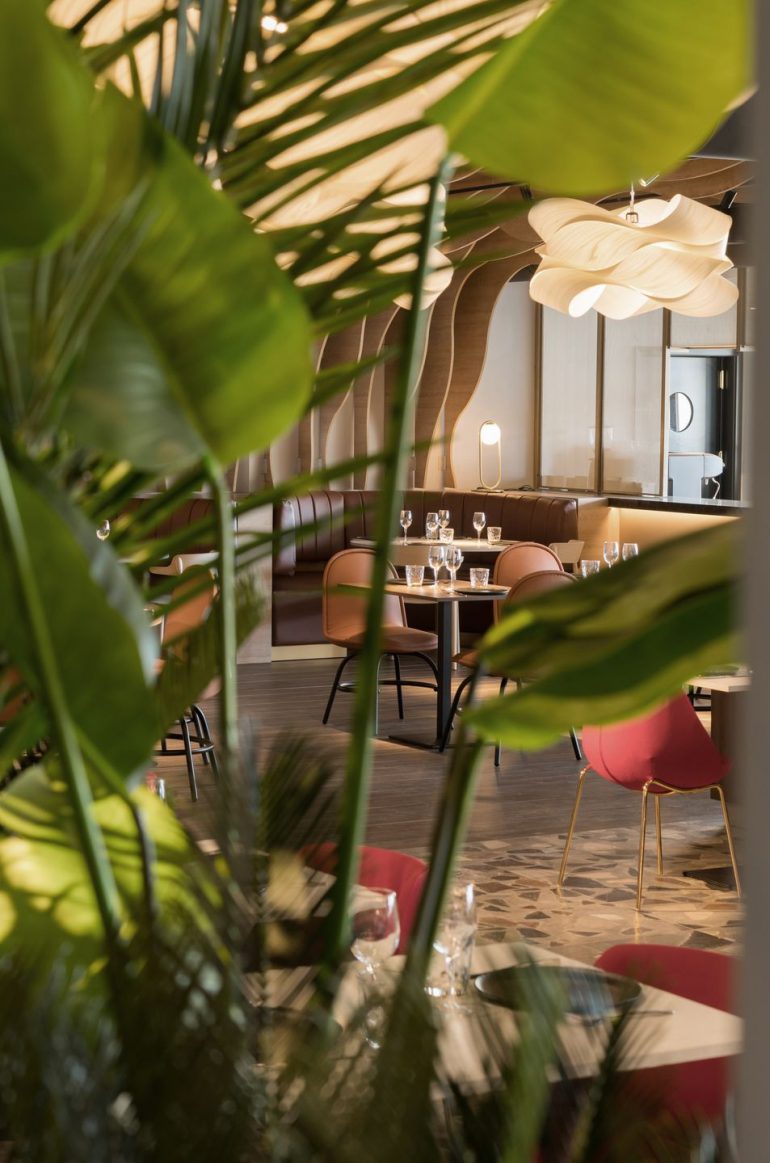