To provide the best possible service, we use cookies on this site. Continuing the navigation you consent to use them. Read more.
PROJECTS
·13 September 2018

Corte Verde, a tribute to Milan by Stefano Boeri 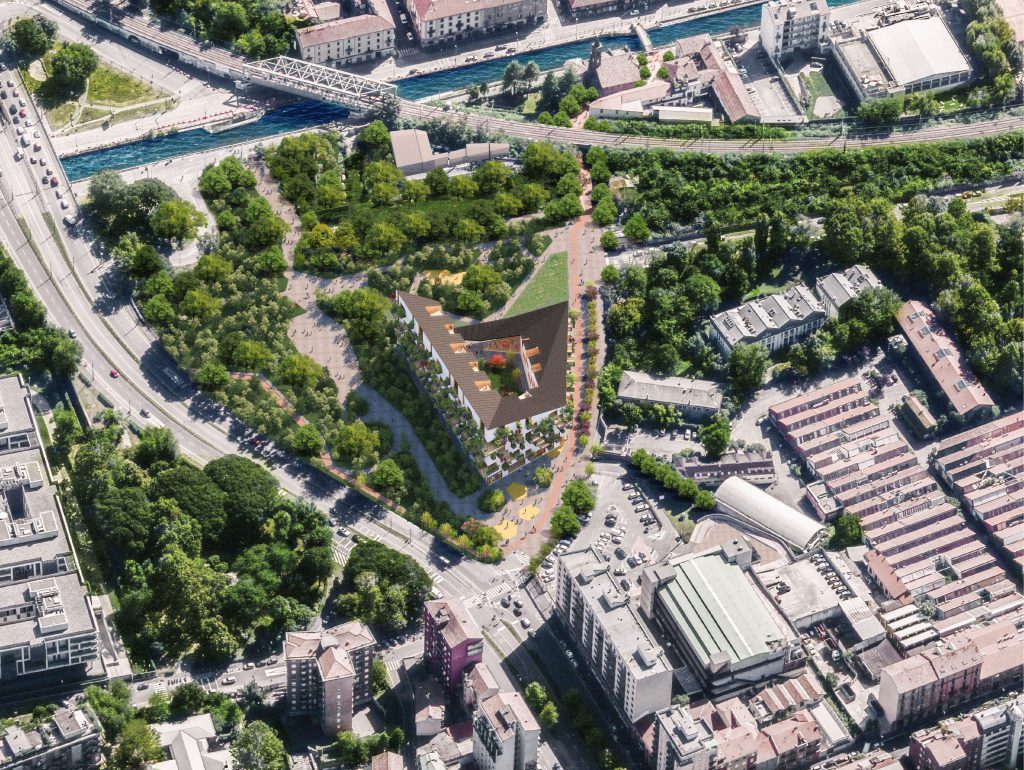 With the project entitled Corte Verde, Stefano Boeri Architetti in partnership with the Arassociati Studio di Architettura and AG&P Greenscape have won the competition for the plot in via San Cristoforo in the heart of the so-called Creativity District in the south-western section of Milan. The project’s architectural and urban vision anticipates an on-going scenario for this part of the city, enhancing its identity between past and future, memory and innovation.

“A house with a court yard in the best Lombardy tradition, in the middle of a green space that connects two parts of the city that today are separate. Our project for San Cristoforo is a tribute to Milan, to urban forestation and to the water system that runs through our territory” explains Stefano Boeri. Thanks to the decommissioning of the freight terminals and the breaking down of the infrastructural barriers between the neighbourhoods, the interventions for urban reforestation and the improvement of the quality of public spaces around the bank of the Porta Ticinese Naviglio canal, the project establishes a marked continuity between the Tortona-Porta Genova area, historically dedicated to fashion and design, and the residential and tourist area along the route taken by the Naviglio Grande canal.

The new structure inserted into the Creativity District will on one side link it with the branched water system that runs from Milan to the Ticino’s fluvial area; on the other, it will transform it into a real urban central point for the dense network of paths that wind through the countryside and the agricultural landscape of the Parco Sud.
Corresponding fully to the objectives expressed in the call for proposals, the Corte Verde project takes shape in a single courtyard building with an increasing height that is located at the centre of an articulated system of public green spaces and paths and able to integrate the natural and vegetal elements as active materials within the architecture.
The project was developed to stimulate the open and dynamic use of public spaces by those who live in them either daily or temporarily but also as a multimodal device capable of promoting interaction and exchange between the numerous other different players active in the neighbourhood.
From an architectural point of view, the intervention develops around an open courtyard, culminating in a sort of cusp pointing north towards Piazza Napoli. To the south, the construction extends into a large public garden in direct connection with the canal system and establishing a visual relationship with the small neighbourhood of San Cristoforo

Morphologically speaking, the building develops as an ascending spiral, starting from a lower area to the south which is marked by a large entrance and whose roof develops following a constant pattern. The high energy performance photovoltaic panels that cover it entirely also define a powerfully expressive chromatic theme. Having reached the topmost level, on the south-east side of the building the roof falls vertically along the southern wall, amplifying the perceptive effect.
The three main façades are punctuated by an alternating system of balconies developed to house plants and tall trees while on the inside of the courtyard a plot of loggias generates a “chessboard” of full and empty spaces, ensuring a high level of natural lighting for the interior spaces while at the same time amplifying the visual link between the interior and exterior of the building.

Significant attention has been paid to traffic flows and through routes. The numerous entrances open on Via San Cristoforo make it easy to access the car park and the different areas of the building. The large south portal – indicated by a light canopy – also visually enhances the connection between the interior spaces of the court and the new green spaces of the surrounding public park, which will later flow into the future linear park to be created by the conversion of the freight terminals. The communal spaces within the building are located on the same side so as to generate a fluid and constant interchange between the district’s private residential areas and the new public places. 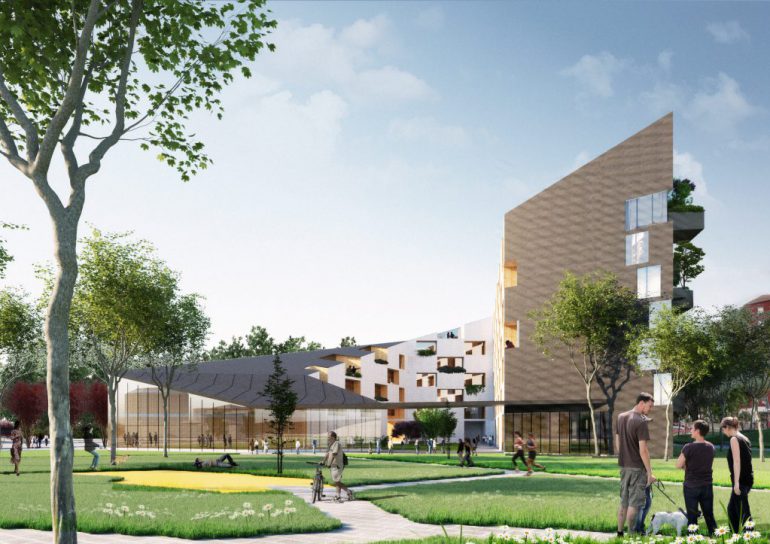 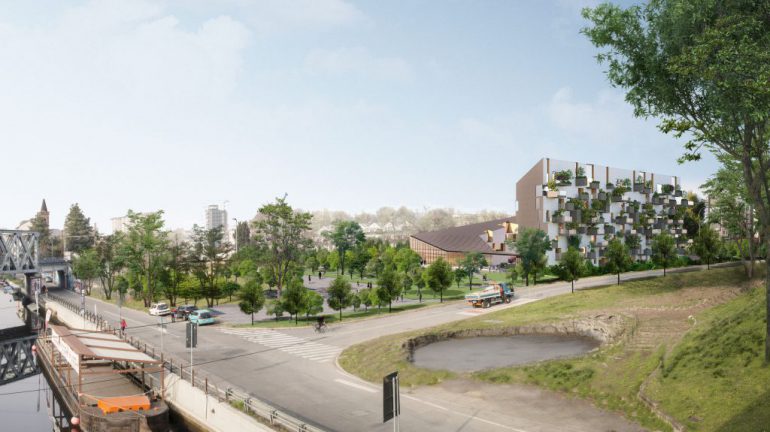 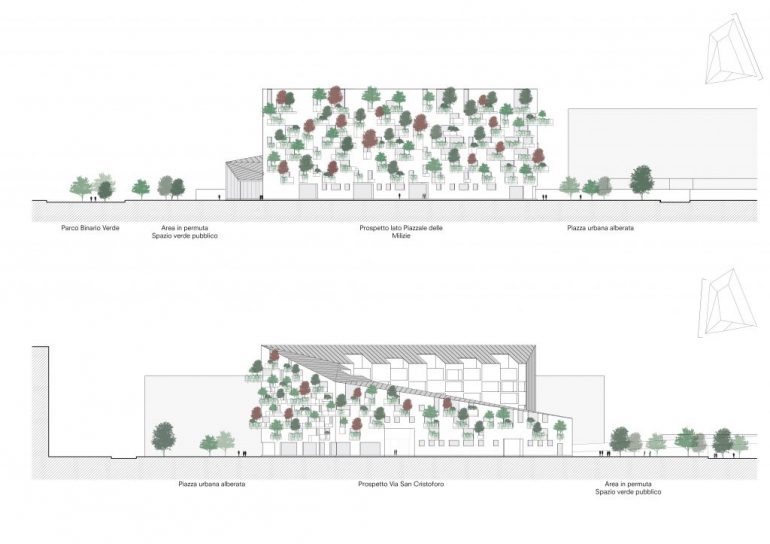 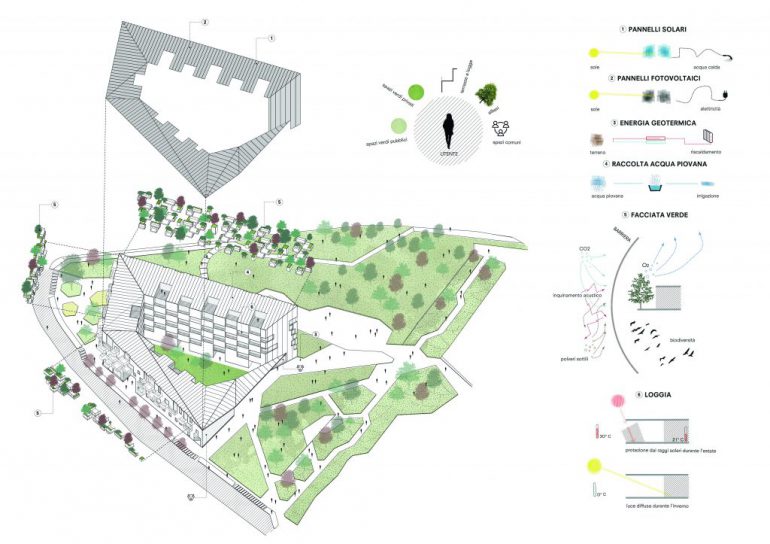 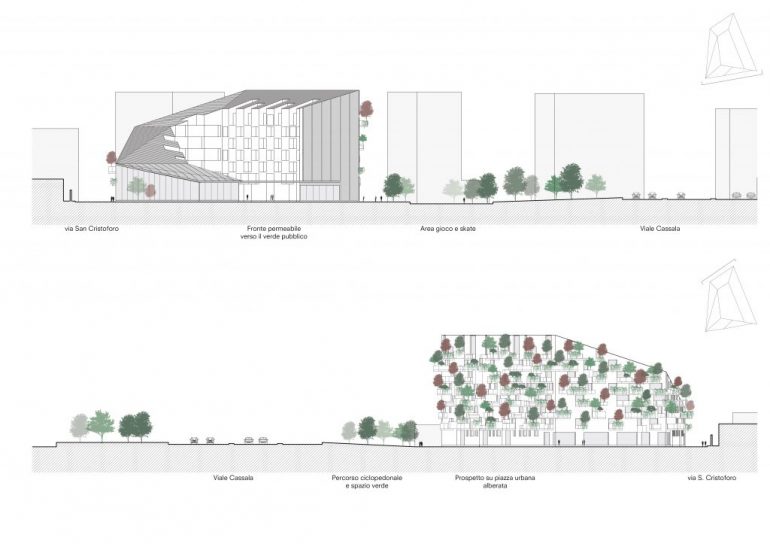 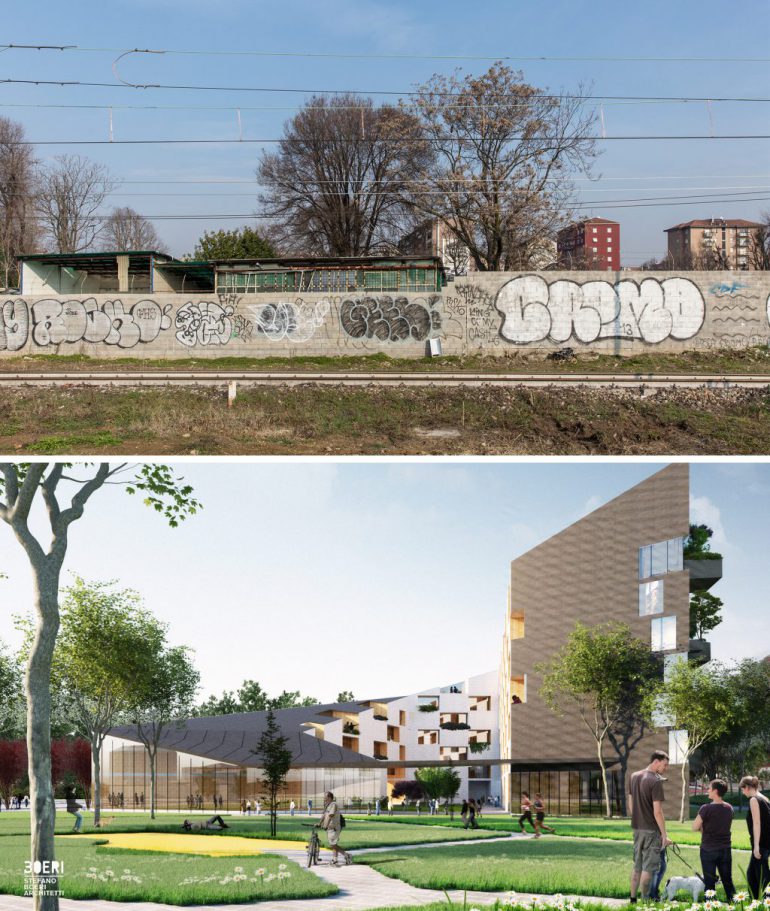 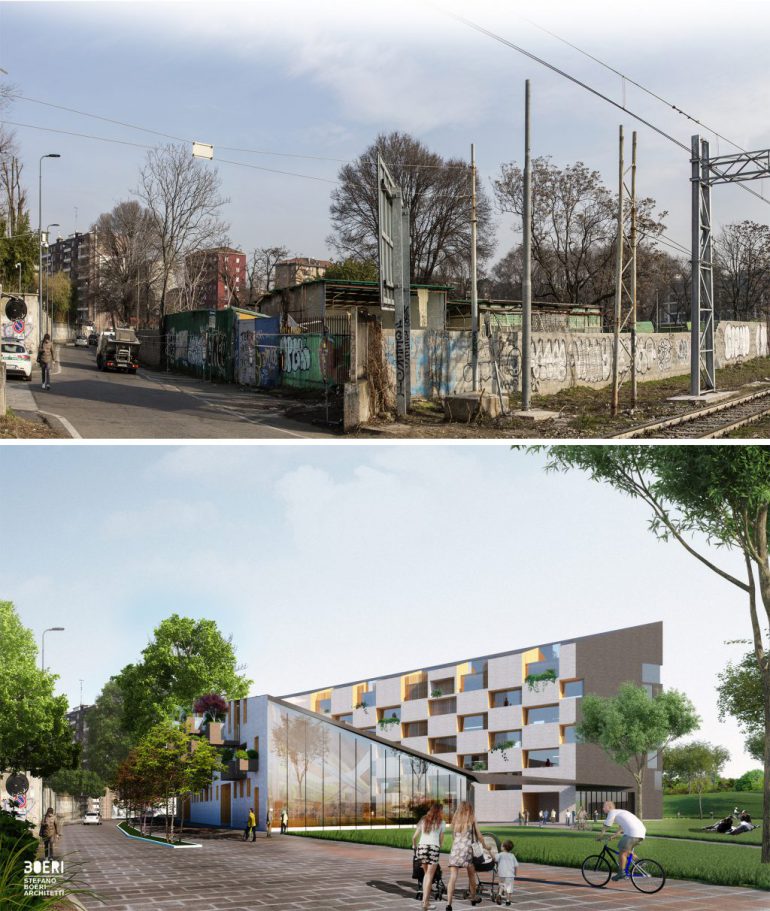