To provide the best possible service, we use cookies on this site. Continuing the navigation you consent to use them. Read more.
PROJECTS
·15 November 2021 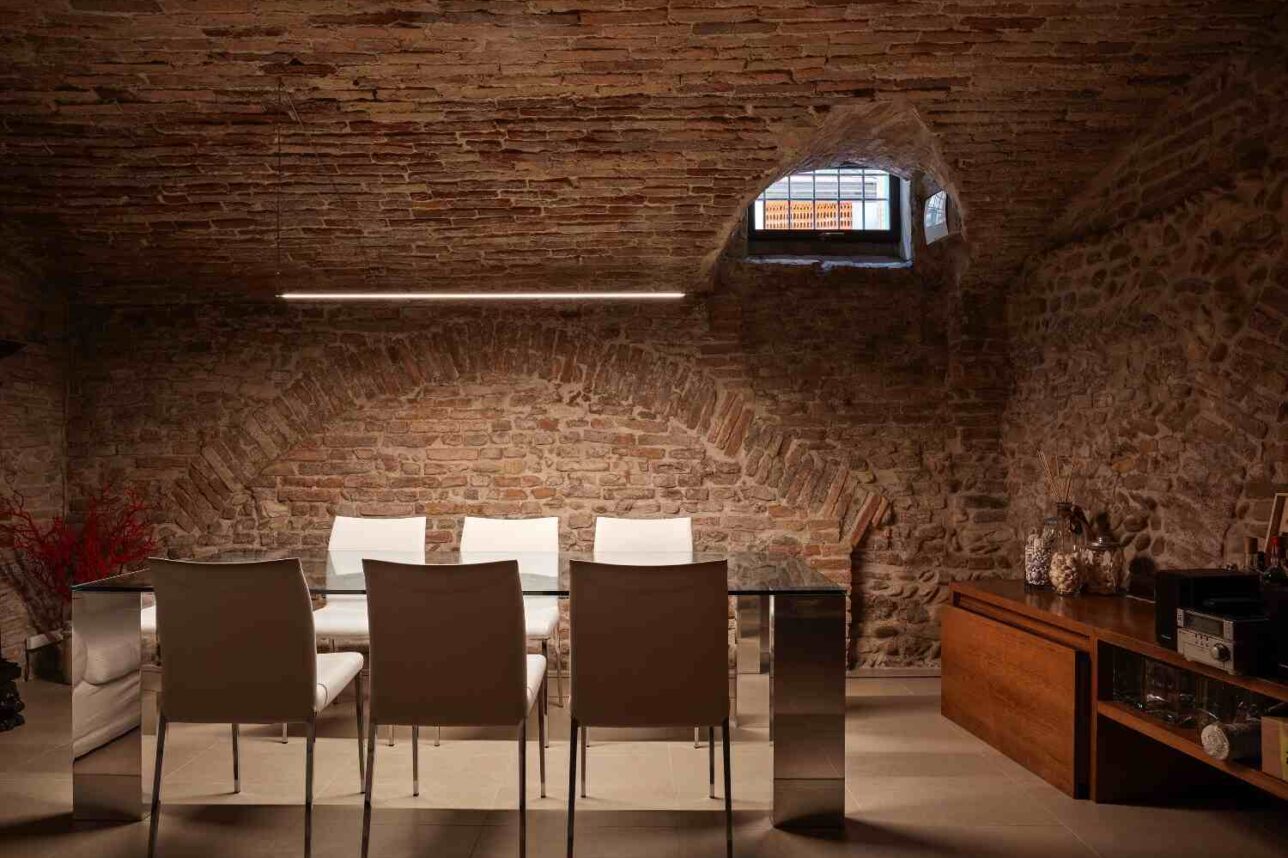 Faenza, an imposing religious complex in a state of abandonment regains value after a careful restoration work that redefines its evocative character. A building with a singular shape, located between two parallel streets and bordering with what remains of the most prestigious part of the religious complex, currently deconsecrated and in a state of abandonment. Time has left its signs of deterioration on the building and the surrounding nature has slowly enveloped the convent, but the work of Alessandro Bucci Architetti has managed to give it a new life and a new architectural identity, turning the charm of decadence into urban regrowth.

The facade on Via Campidori, without plaster, shows the original features of the monastic complex: an example is the corner pillar and the portion of very old masonry in pebbles and bricks. The masonry of the facade draws a line between the oldest building and a following eighteenth-century addition When the convent was suppressed, in 1886, the complex was divided and destined to various functions; the buildings subject to intervention were entrusted to the Municipality for residential use as rental houses and were readapted with posthumous partitions and openings.  The recovery project is rooted in the enhancement of the territory to insert in the former convent five new housing units that create a sort of ancient village hidden behind the large wooden door. The eighteenth-century portico has been recovered with iron frames of minimalist cut and the arch above the street, the only surviving portion of the vault collapsed after the post-war events, brings back to the past. The facade on Via Campidori preserves the masonry striped in pebbles and bricks of very ancient origins, and becomes the icon of the project through the preservation of the original characters: the corner pillar, the baroque ornamental panel, the wooden roof over the main door. 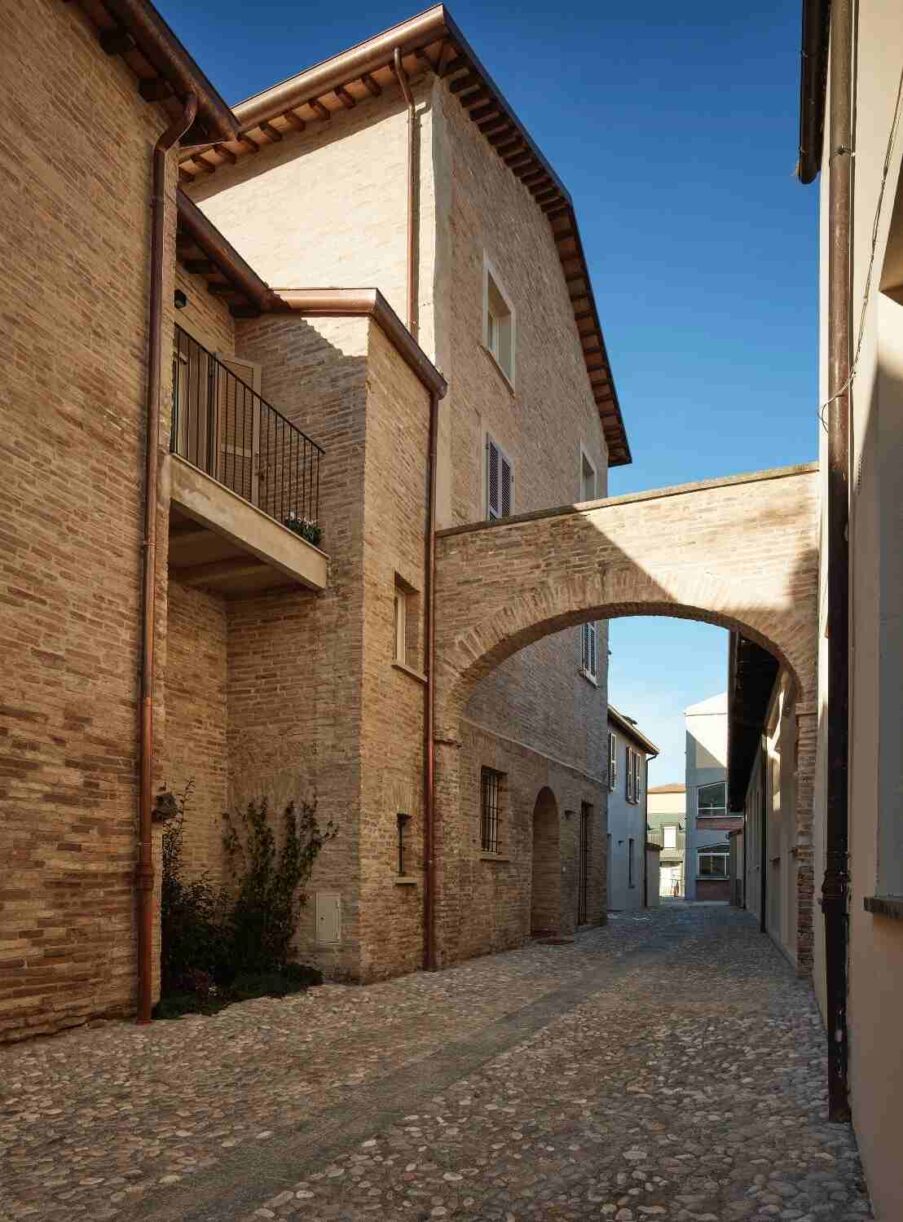 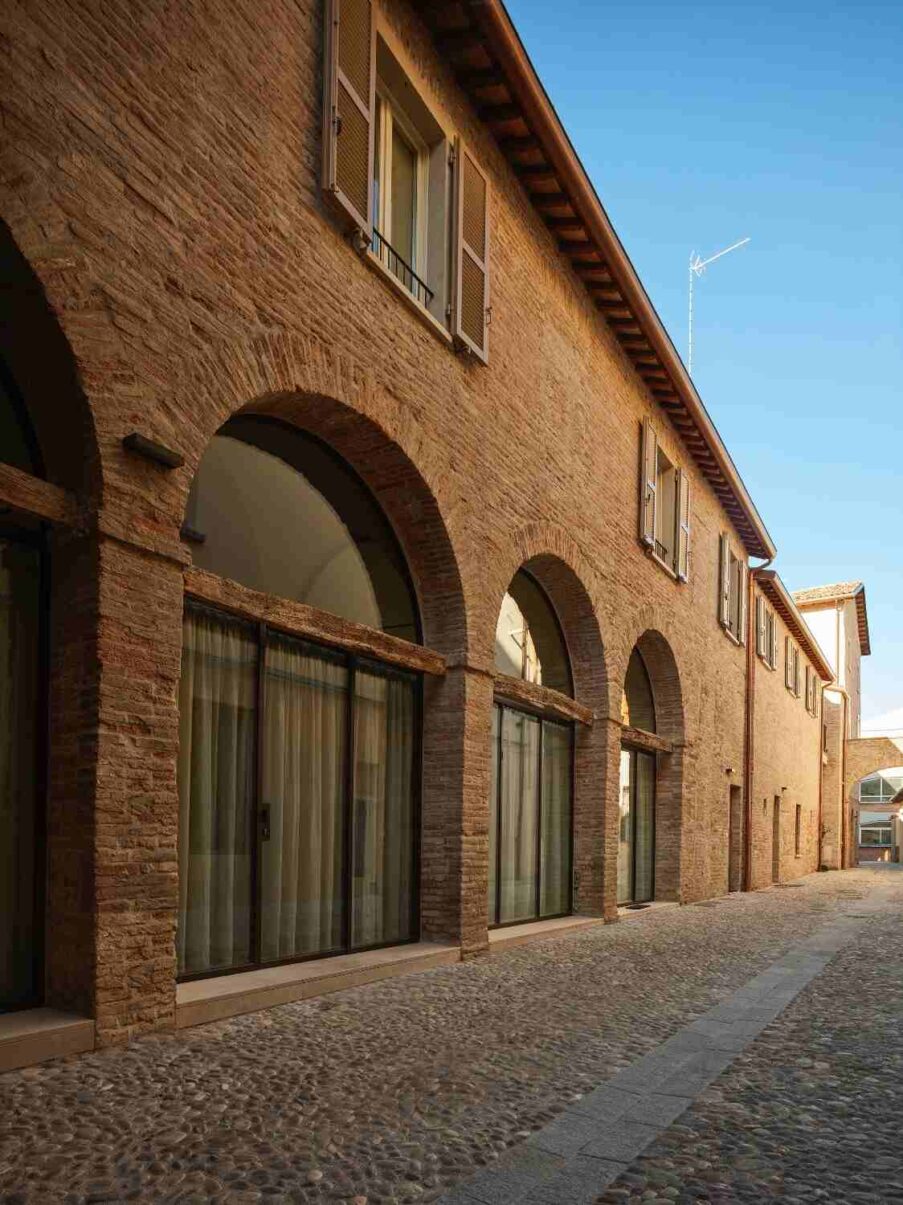 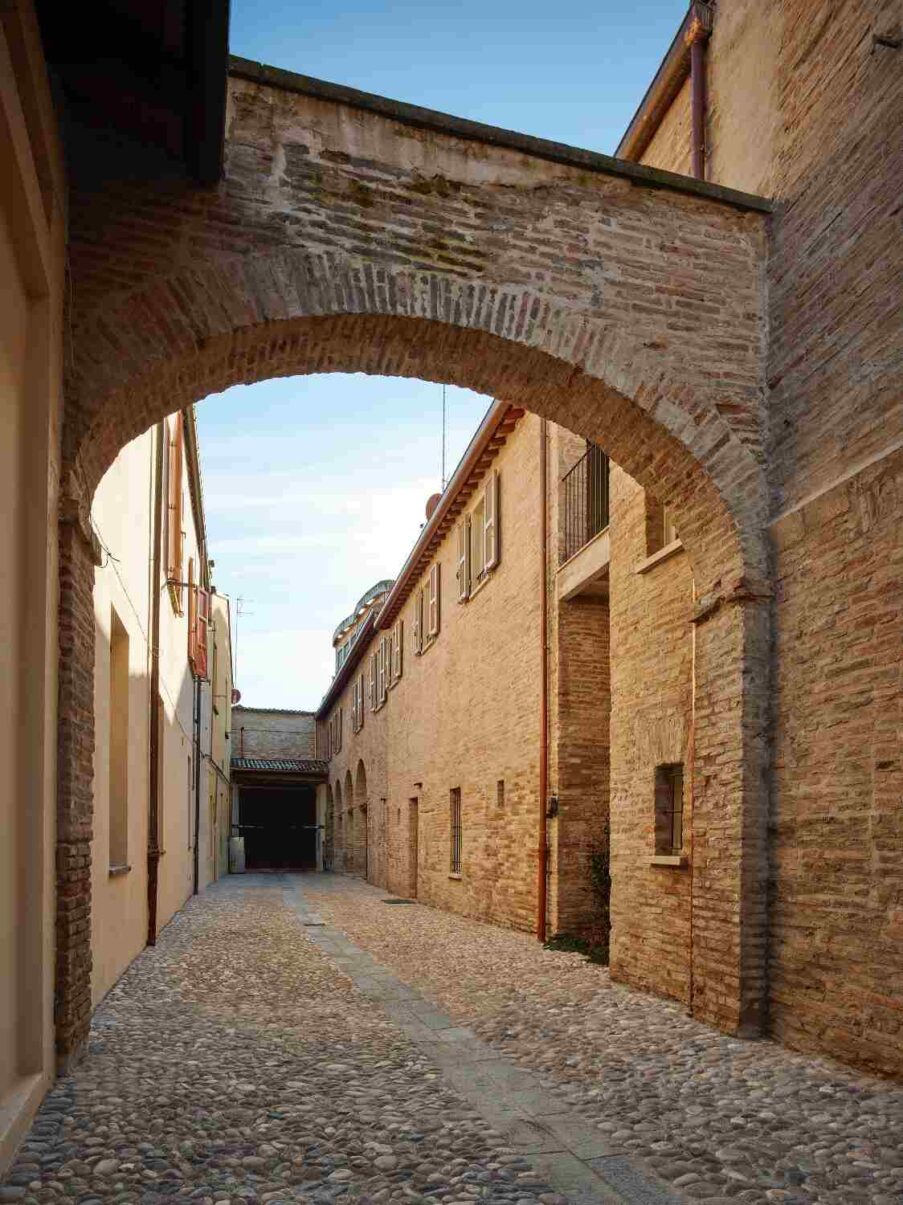 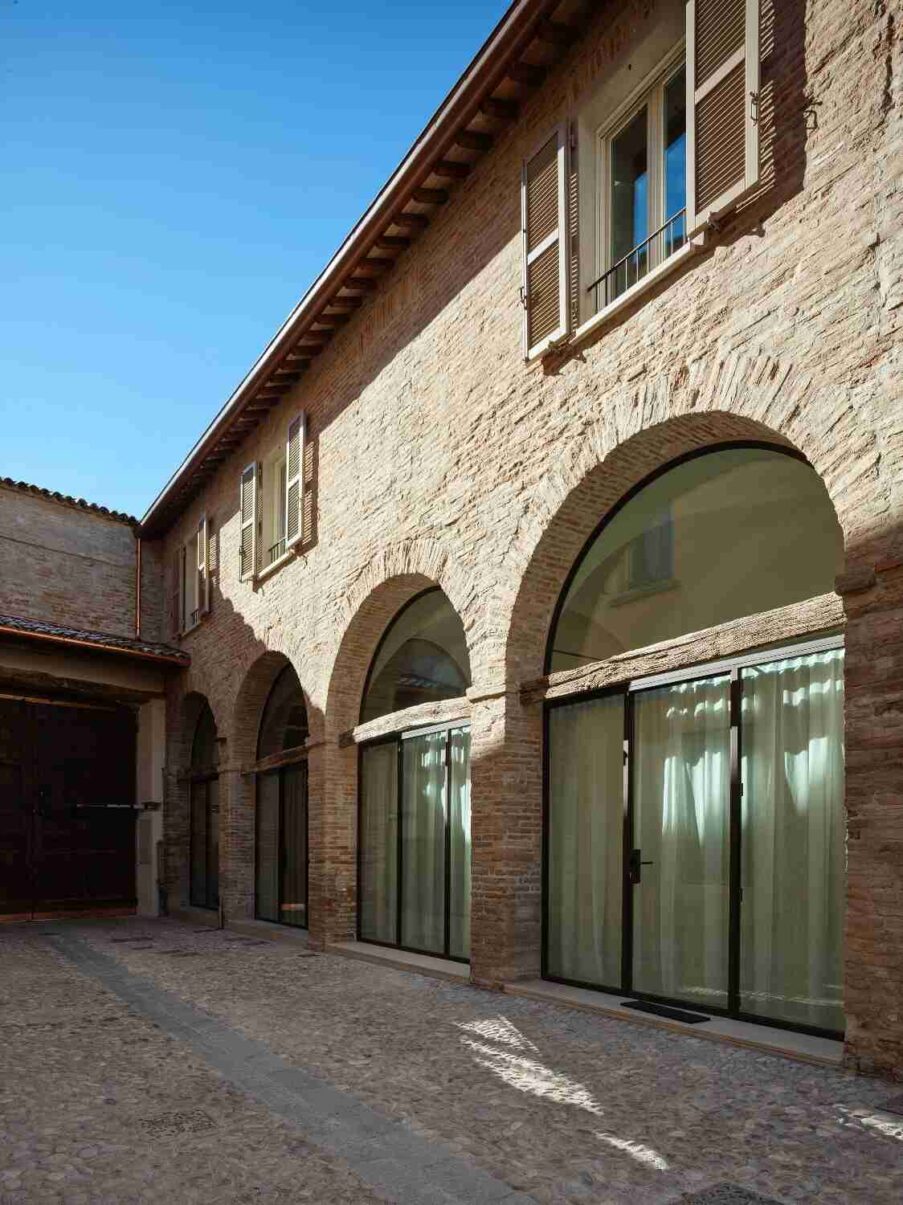 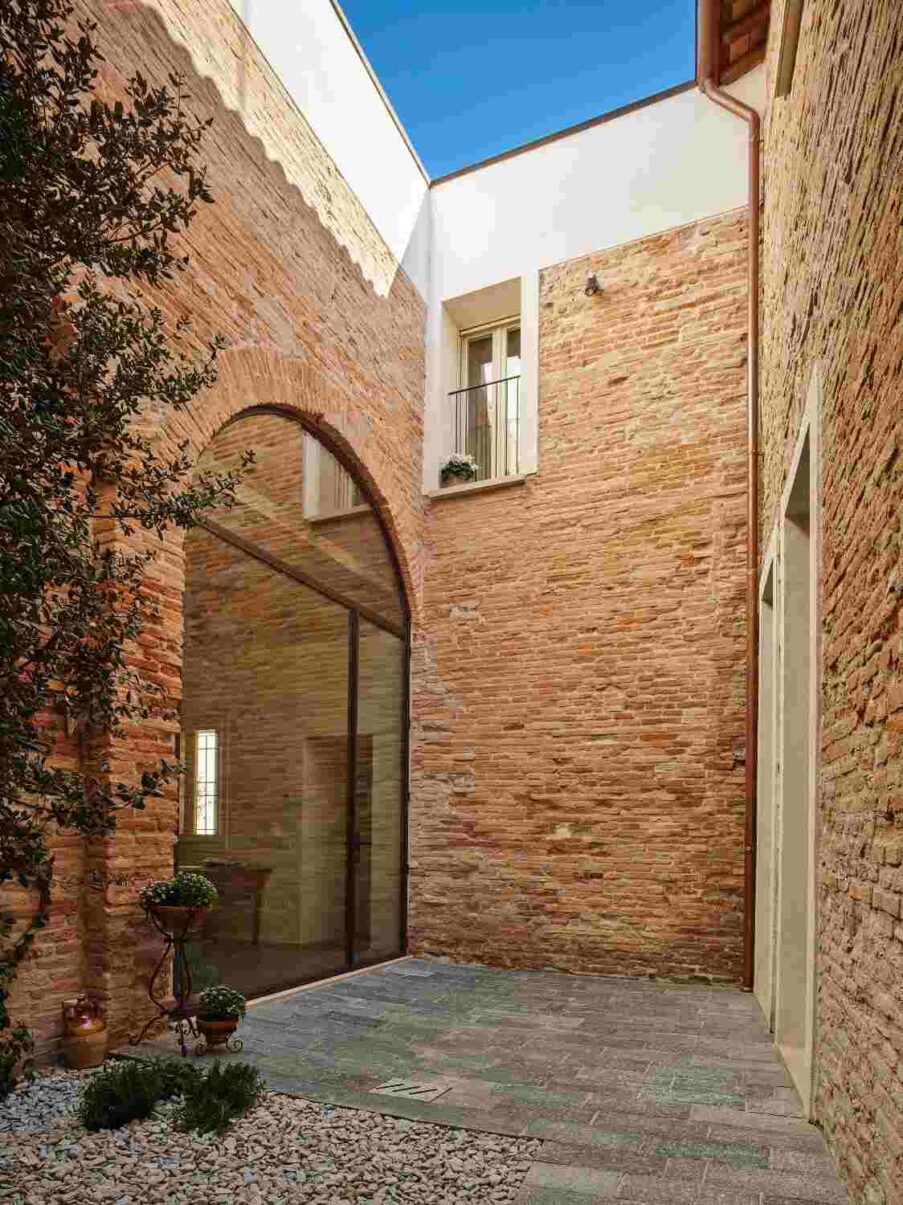 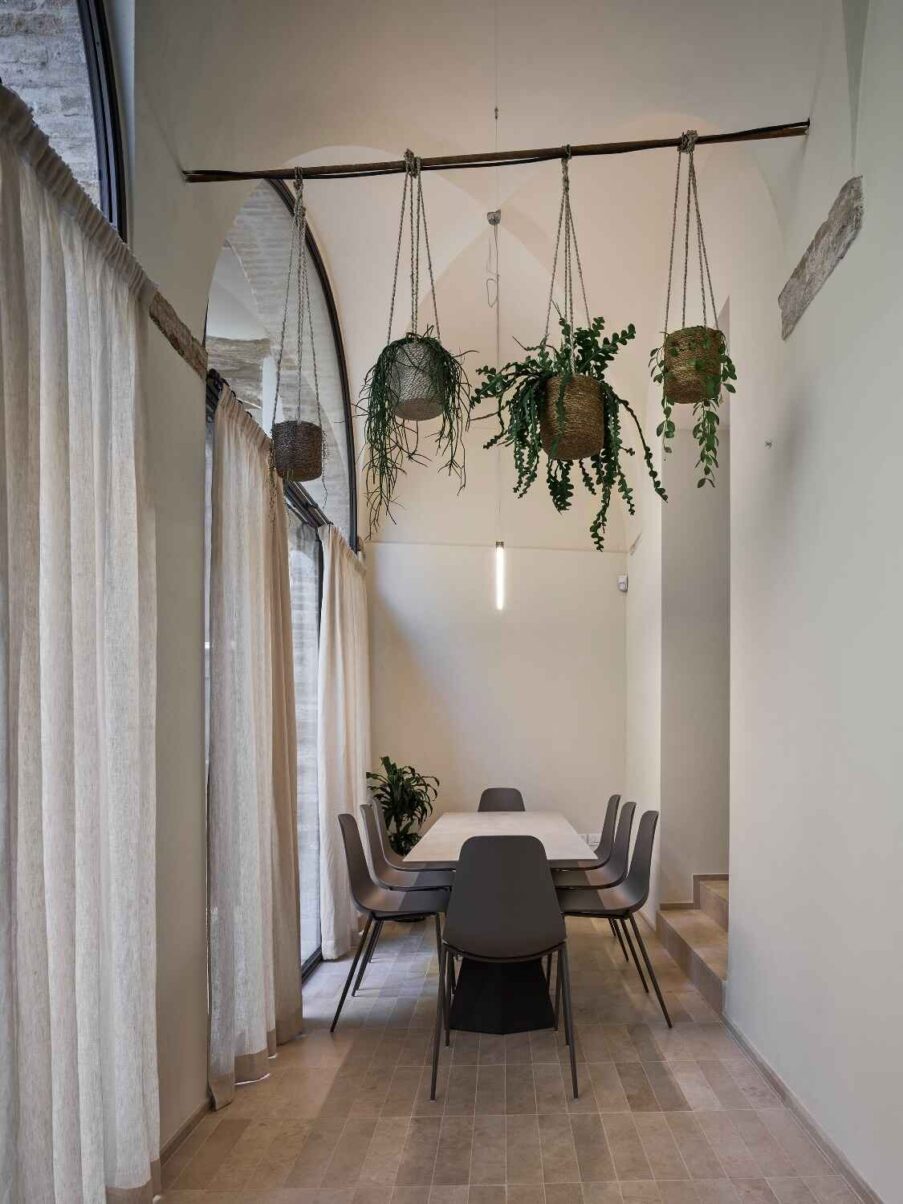 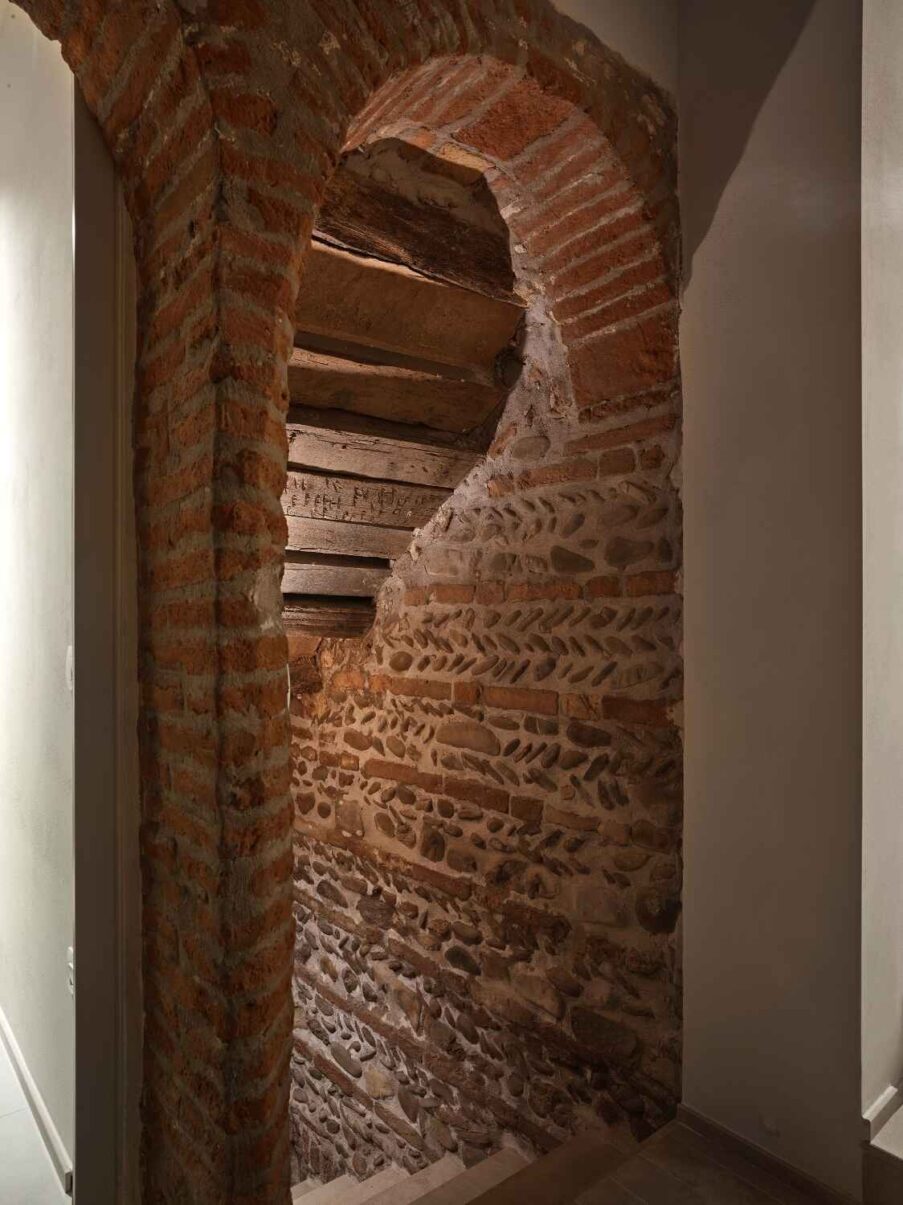