To provide the best possible service, we use cookies on this site. Continuing the navigation you consent to use them. Read more.
PROJECTS
·14 December 2021 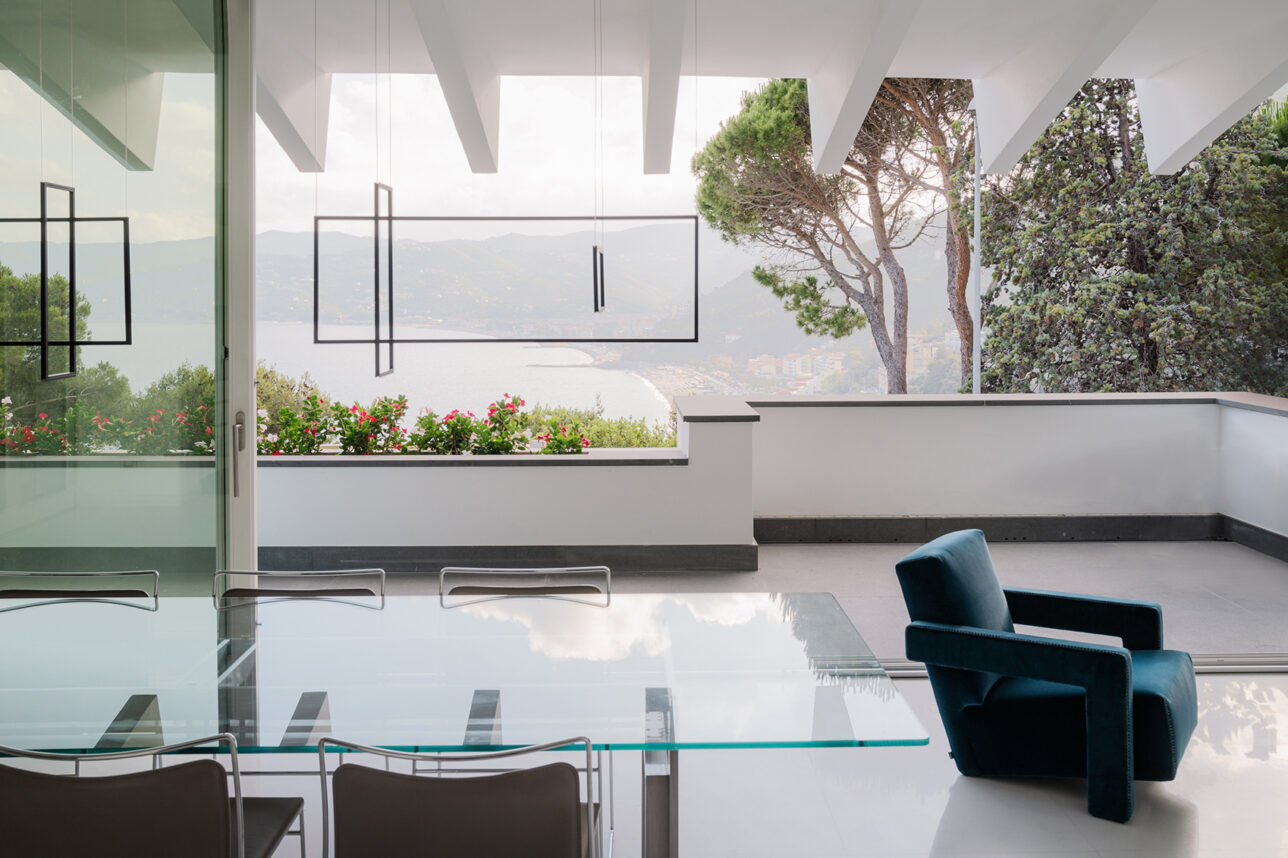 The origin of Casa Buffa has roots that go back in time, when between 1954 and 1961 the motorcycling champion Pierino Tizzoni, built a vacation complex following a competition won by the architect Mario Galvagni. The locality of Torre del mare, in the province of Savona, at the time appeared as a barren and steep place covered by the local flora. This scenario enveloped the residential complex and strongly characterized its design. In fact, Galvagni designed the access roads, the services, the greenery and the urban furniture along the hillside on which he positioned his architecture: about twenty villas placed on the steep terrain in front of the Island of Bergeggi. It was within this complex that Casa Buffa first saw the light. About fifteen years ago the house underwent important transformations, mainly inside, which have modified parts of the distribution of the rooms and realized the loss of several original materials.

The recovery included a substantial revision of many of the constructional works carried out over the years and the correction of changes in the original project.  The original architectural features have inspired the layout of the new project, which has therefore led to a meticulous reconnection with the work of the past.  The architectural parts related to the elevations and roofs have maintained the original structures and forms, allowing through the recent recovery intervention the achievement of a good level of preservation, maintenance and reading of the composition of the villa. The new Buffa house now looks like a complex organically immersed in the green and stands out for its neutral but bright colors.

The interiors have been treated following a minimal and clean style where the furniture elements stand out for their strong shapes and within wide spaces. The living space is uniformly integrated through large sliding French windows creating a single space with the terrace, thus giving the environment a sense of integration with the surrounding landscape. To crown Casa Buffa, outside there is a large swimming pool surrounded by plants and trees. A project that digs into the past and maintains the original soul of the complex built by Galvagni but manages to bring to light the captivating architecture of the new Casa Buffa.
For further information please visit www.marcociarloassociati.it. 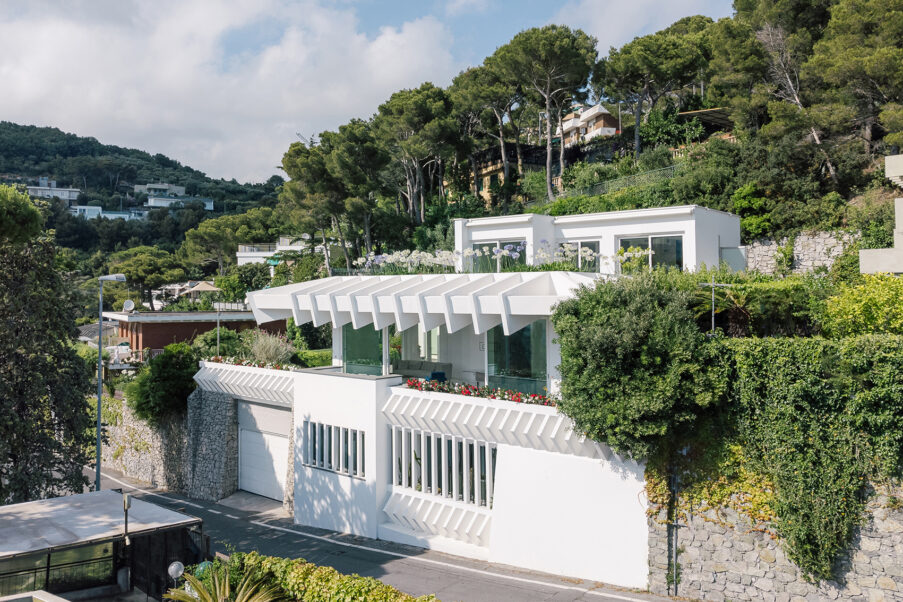 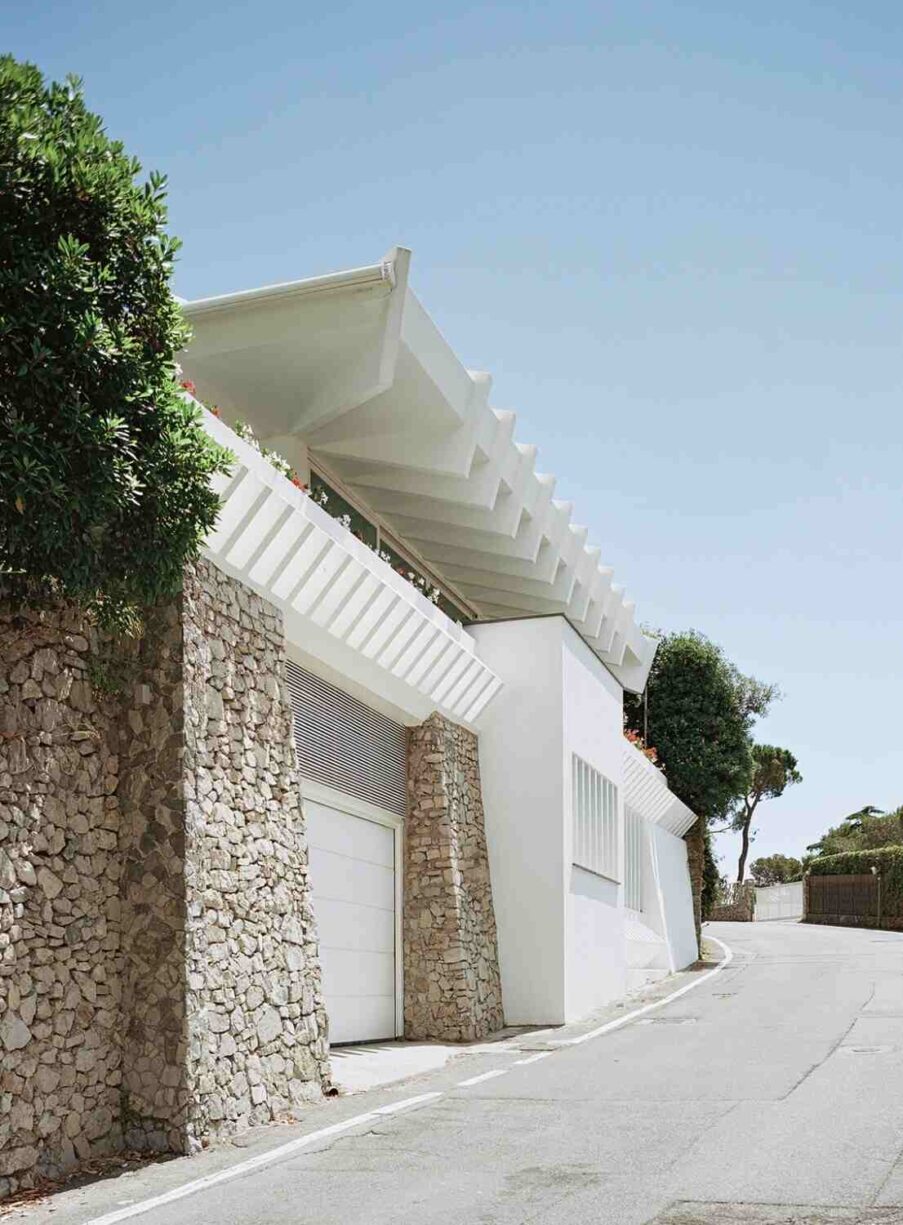 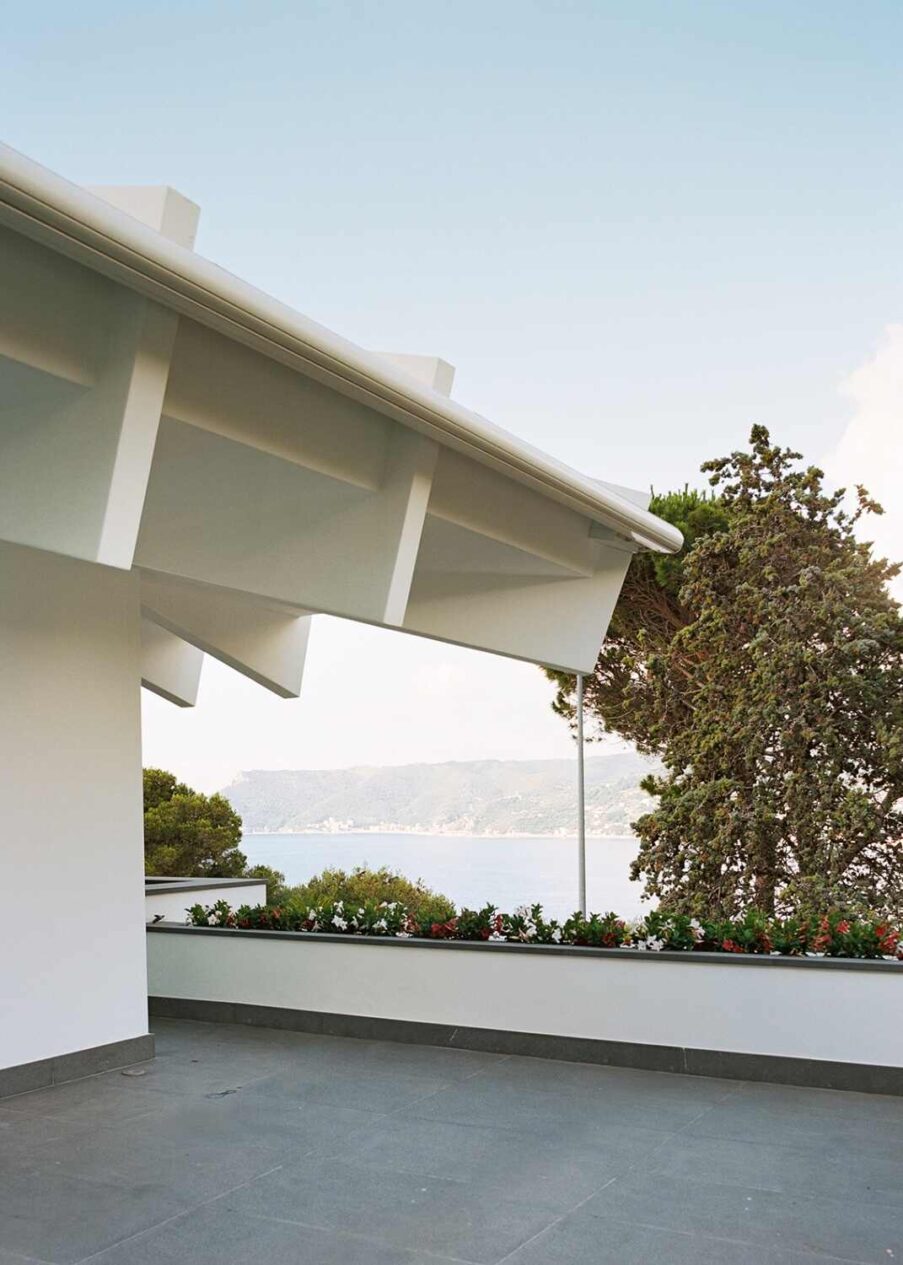 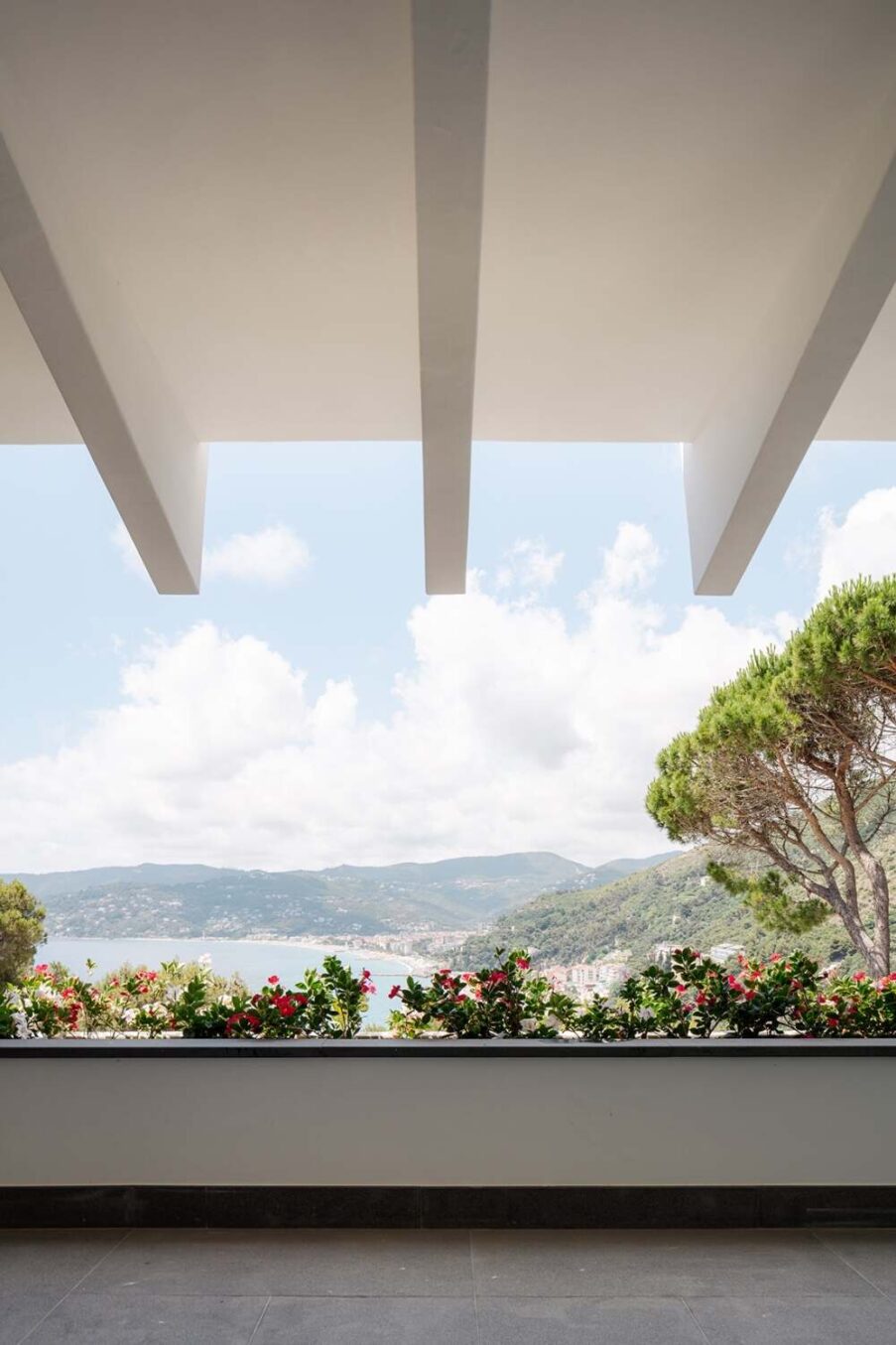 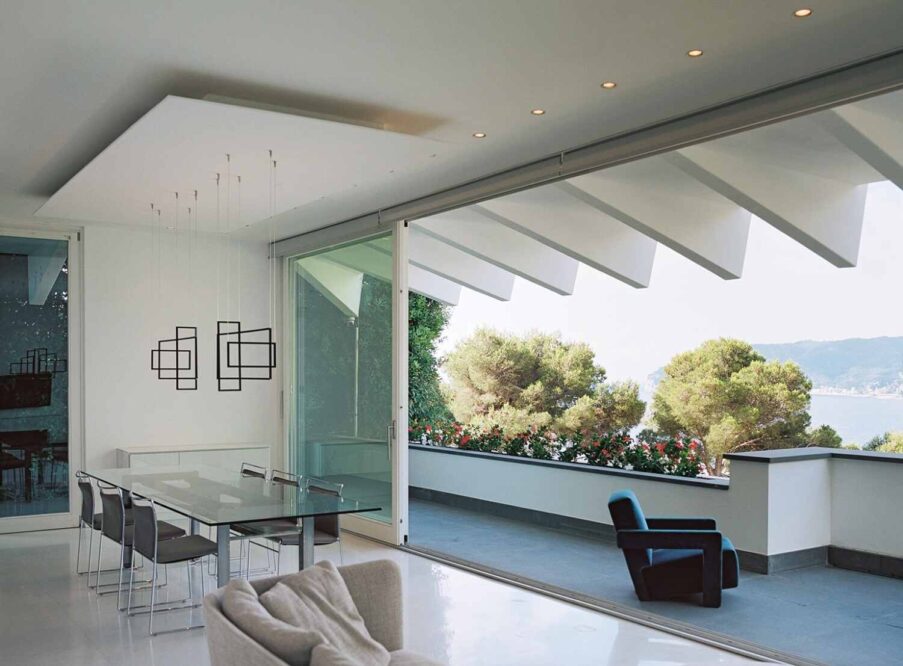 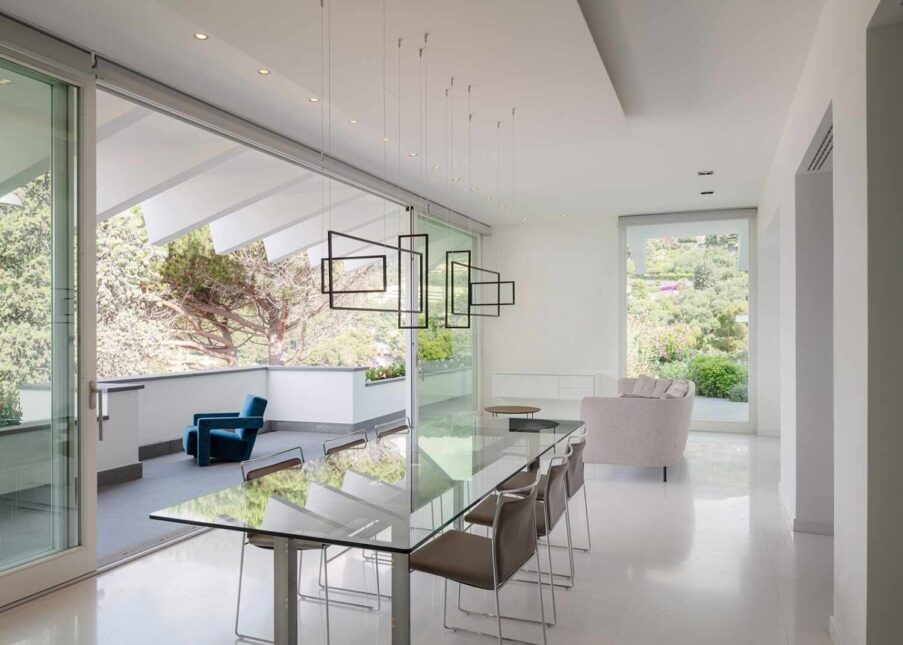 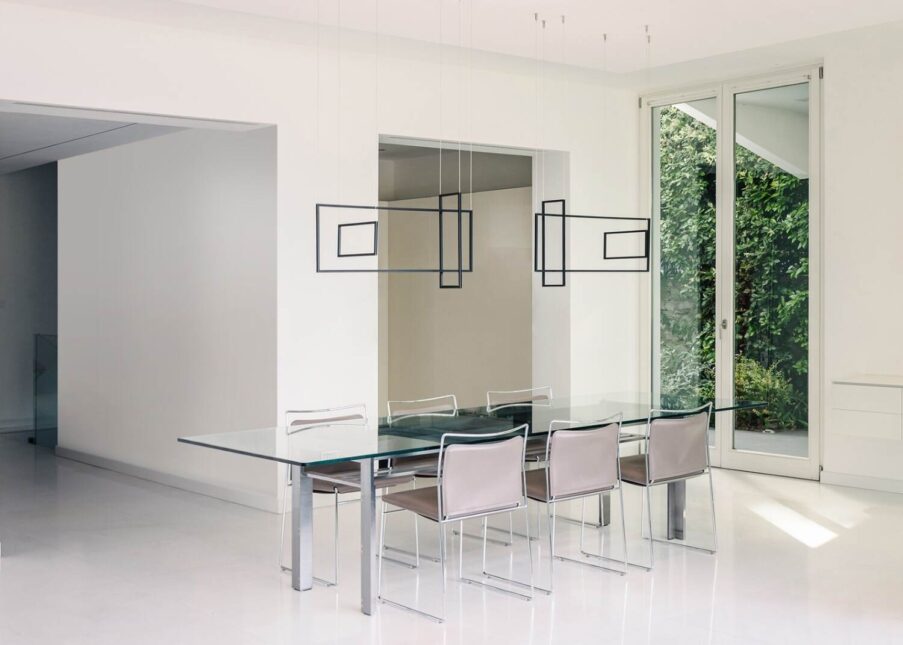 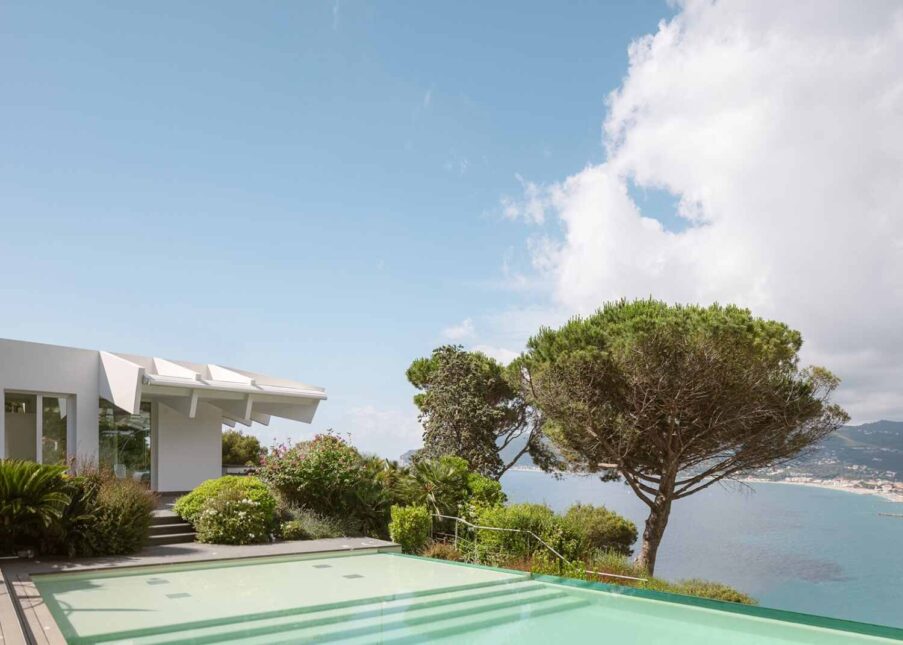