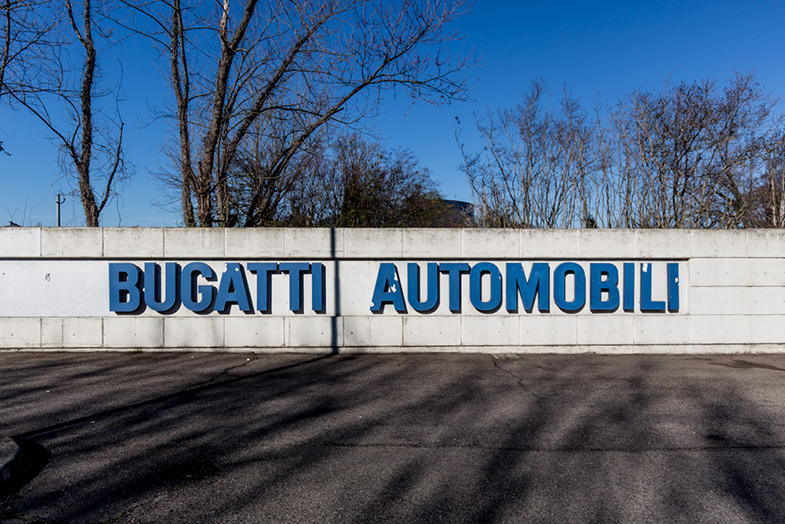 When the next sunny day comes, which in this region dominated by engines and machinery is rare during winter, go and visit the Blue Factory.
That’s right, the same Blue Factory that since the early nineties every time I saw it just after getting on the A22 in Campogalliano used to set me dreaming.
Ever since I had always thought of it as a special place, first of all because of the incredible cars that were produced there, and then because of the charm of this futuristic factory.
In those early years of the last decade of the last century however, no one could ever have imagined that the Italian Bugatti Automobili adventure would be so short-lived.

Everything kicked off in 1987 when the industrialist Romano Artioli decided to take the Bugatti marque over from Ettore Bugatti’s heirs with the precise aim of going back to creating a sports car worthy of the name that would be unrivaled among the other supercars of the period.

After looking at a number of options, he decided to establish the production plant where it was easiest to find the engineers and scientists needed to meet this challenge – right there in Emilia, and right on that same patch of land that had already seen the birth of companies such as Ferrari, Lamborghini, Maserati and De Tomaso and where Pagani was starting up.
And that’s how the Italian Bugatti Automobili S.p.A. Adventure got under way in Campogalliano.

At the same time as the car was developed, so was the architectural design for the factory.
The development of the car was first entrusted to the engineer Paolo Stanzani, already responsible for the Lamborghini Miura, while design of the factory was handed over to the Benedini & Partners studio in Mantova. Both projects rapidly came to fruition and in fact both the factory and the prototype of what went on to be the EB110 were ready in the summer of 1991.

Every single aspect of the factory had been designed with the express intention of making it into a special and highly emotional place.
The reason for this was because Artioli and the architect Benedini thought it was important firstly that the craftsmen working in such a place would be inspired to work to the best of their ability and that secondly, customers would be astonished by the solutions on offer and the inherent beauty clearly visible in every detail.
Artioli’s idea was not in fact to create just a car-manufacturing plant but to offer potential clients an unforgettable experience

The “inside” of the offices, and the “outside” of green spaces came together in a single entity which on the one hand made the guests feel immediately at home, and on the other, offered a tremendous sense of relaxation to those people who spent their entire working days in those offices.
The prototypes of the first cars were assembled right here. It was beyond that glass and those gates that the first example of the car was created that would later prove to be the only “standard” production model at this plant: the Bugatti EB110.
In the years following completion of the prototype, these spaces were used for research and development of a range of components and there were three “Experience” areas in the plant dedicated to the research and development of elements or parts of cars.

The first feeling you get when you go into the the production section is that you have entered a place where a part of the history of engineering as applied to cars in Italy has been written.
Coming in here all the facts and figures about this incredible supercar come immediately to mind: monococque carbon fibre chassis, four turbochargers, four-wheel drive, 5 valves per cylinder – in short, for the time it was a masterpiece of technology and engineering.
But the present is harsh on memories and there, where once there was the assembly line, is now just a large empty space.

The office interiors are dominated by shades of white together with precious natural materials and marble floors in the reception and expensive sampietrini laid in the showroom are just some of the examples of materials used in the interior design.
The emptiness found today clashes with the memory of the people who were employed here during its years as a working factory. Only a few clues to the vitality and bustle of those times remain here and there: a Japanese flag from probably the last delegation received along with the reception schedule with the last registered visitors.

The end of the dream came on 23rd September 1995 like a bolt from the blue. That was the date on which Bugatti Automobili was officially declared closed, that was the Saturday in September when the production facilities were officially sealed and shut for the last time. At the same time that the bailiffs were sealing the gates shut, technicians inside the factory were finishing preparations to the car for the race at Le Mans.
The debts accumulated by Artioli’s industrial management were certainly high, there was talk of over 180 billion lire, but absolutely no one expected such a shocking end.

In an attempt to limit the effects of the collapse and with the intention of allowing the brand to survive the failure of Bugatti Automobiles the Bugatti brand was sold in 1998 to Volkswagen for one lira.
On one of the calendars hanging on the walls of the experience department, the date 23rd September 1995 bears the words “hic sunt leones“. After having visited the place and having rediscovered all that had been done and the people who had done it, I too can say that here indeed there were lions. 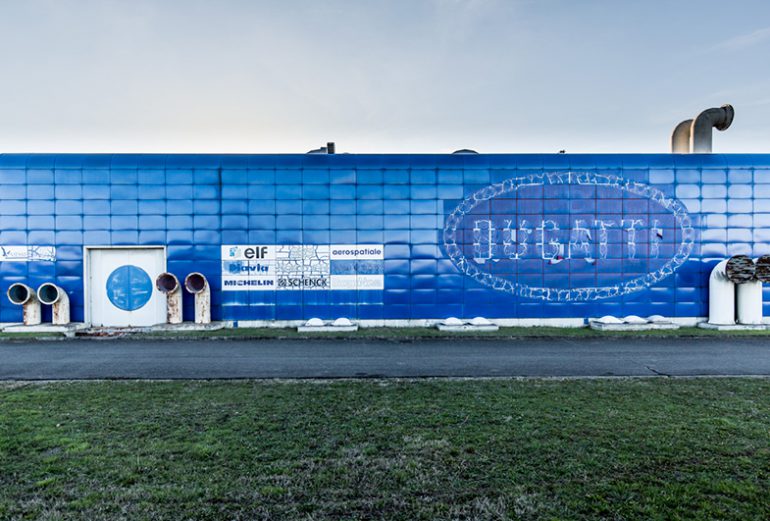 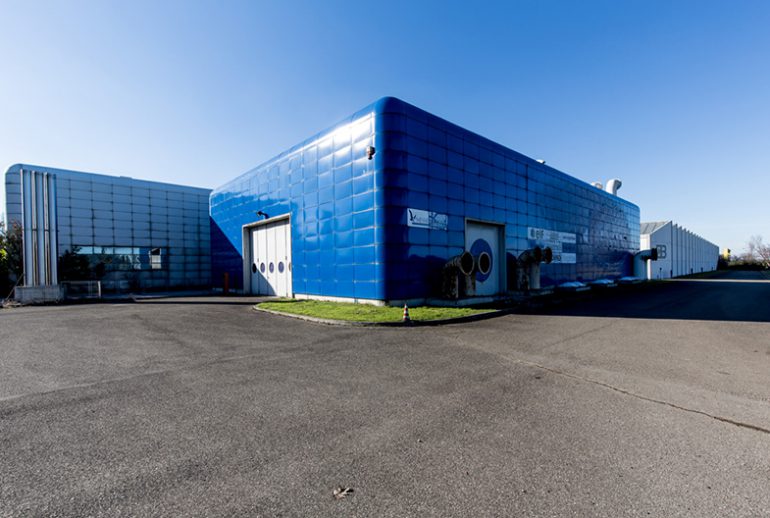 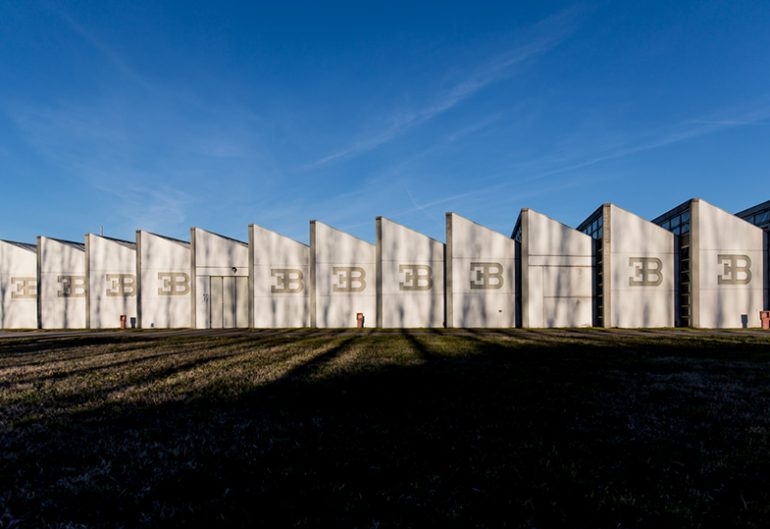 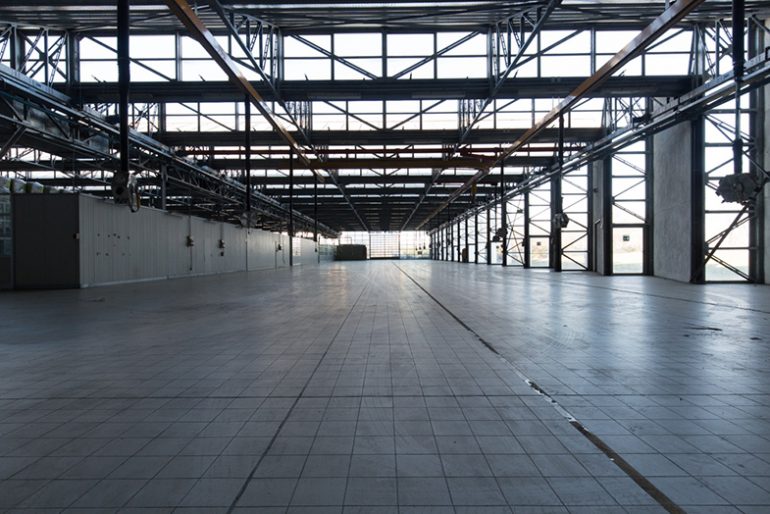 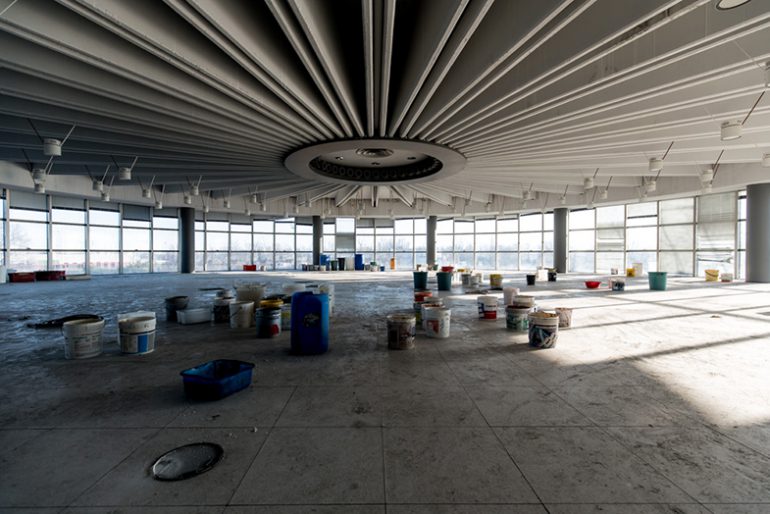 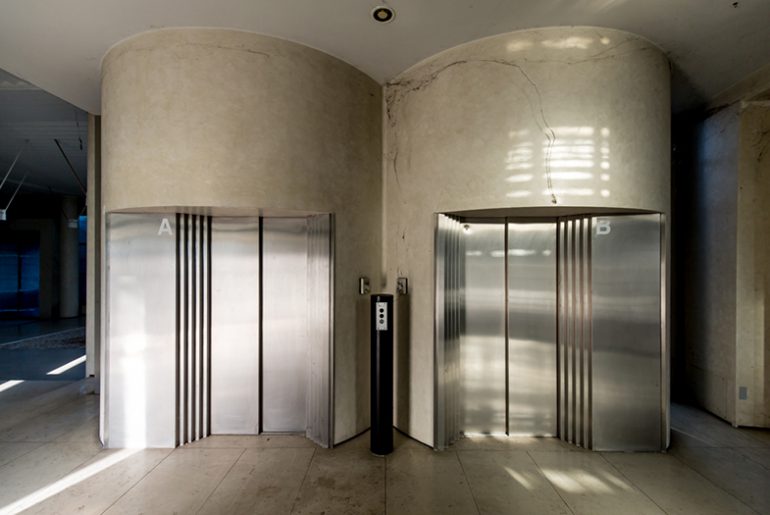 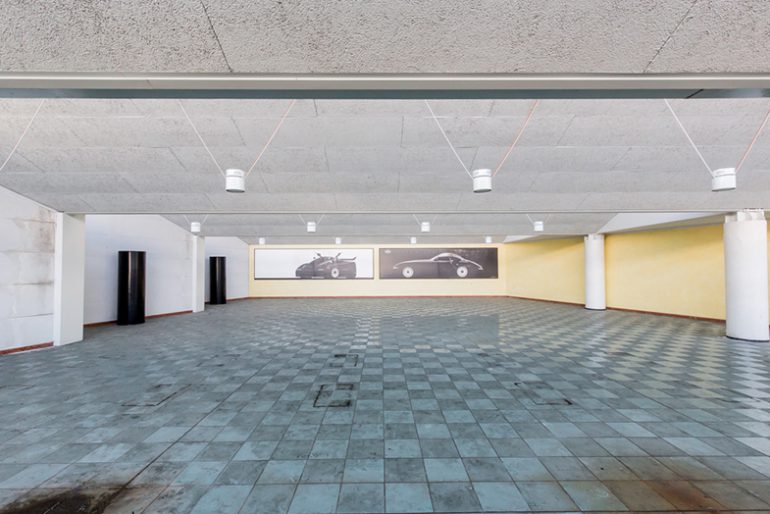 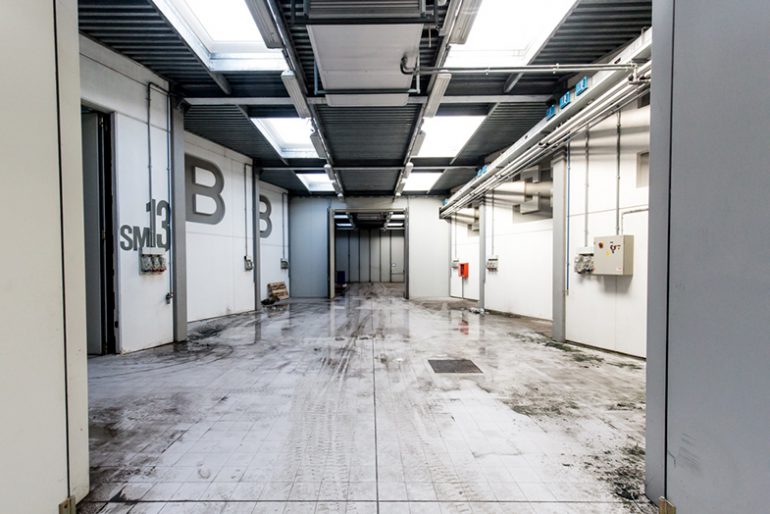