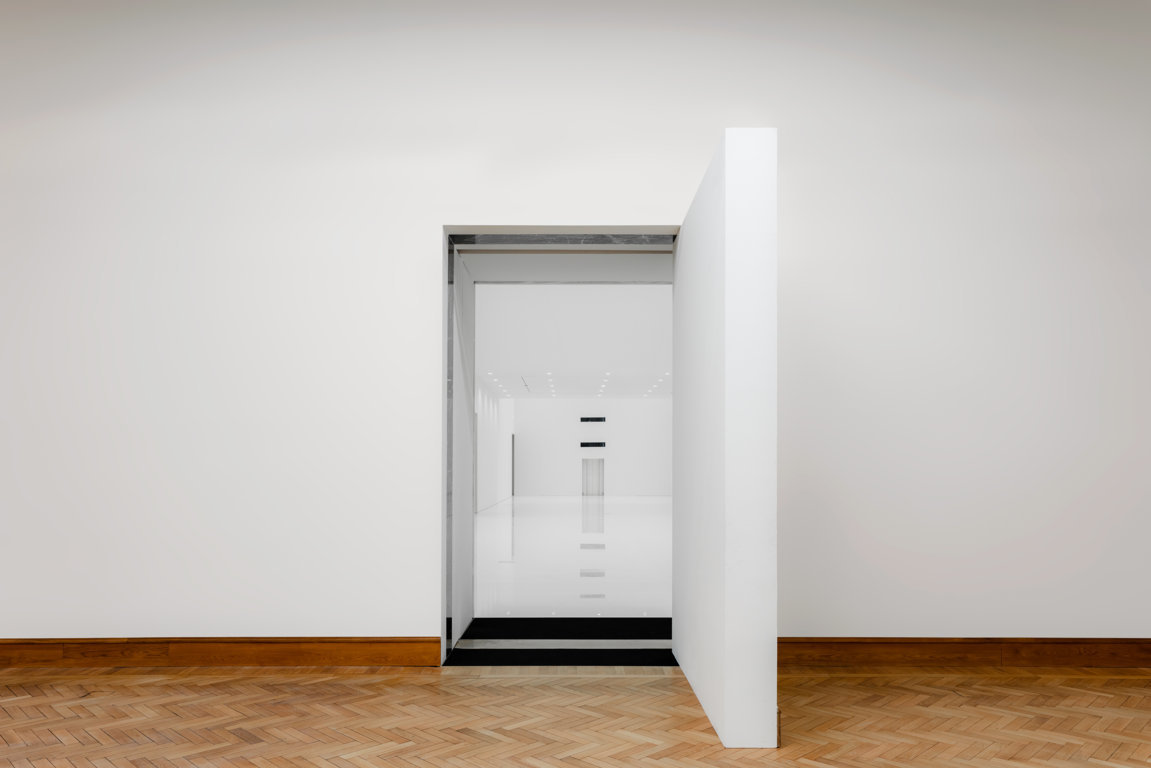 FritsJurgens, closes out 2021 on a high note and publishes the Top 10 “FritsJurgens inside” projects completed this year. The Dutch company revolutionized the concept of the pivot door by engineering pivoting hinges that are fully integrated inside the door. The invisible pivot systems offer almost unlimited possibilities, but the absolute protagonist is the pivot door, capable of creating unique environments.

“There have been so many projects of pivot doors with a sparkling, smart or simply beautiful design that we have received throughout our history, from all corners of the world” – says the Marketing Department of FritsJurgens International – “the pivot doors of 2020 had literally amazed us, so much that we wondered if those of 2021 would be able to raise the bar even higher… And, looking at the year just gone, we can say that the extraordinary projects shared with us this year have, once again, left us speechless.”

And here are the top 10 projects, from all over the world, that have particularly impressed the company for their qualitative and aesthetic value:

In one of the largest concert halls in the Netherlands: the AFAS Live in Amsterdam, an impressive pivoting wall was designed, no less than 18 meters wide and 4.2 meters high. The installation makes intelligent use of its surroundings, offering the public an impact that only a swinging door can provide.

Respecting the original structure of a 19th-century house in Utrecht, interior designer Remy Meijers transformed the building into a modern single-family home. Remy opted to install pivot doors from the collection made for De Rooy Metaaldesign, coated in a mousy gray powder coat and fitted with retractable handles.

A new version by architect Stefan Bruns was created from a building of historic interest, which was built in 1938 to a design by Fritz Höge. The renovated space enhances the interaction between the historic building and the surrounding park. The two swing doors create a versatile flexible wall measuring 6 meters wide and 2.7 meters high. The doors are also equipped with inflatable perimeter seals that guarantee a perfect seal against the icy Baltic winds.

The multifunctional pivoting bookcase/television stand made by Brandsing Meubelmakers, expresses its functionality on two sides: one that acts as a TV wall, the other as a bookcase. The cabinet weighs about 250 kg, is almost 2 meters high and, when open, reaches about 3.6 meters wide. It is supported by a System 3 pivot hinge system from FritsJurgens and an upper hinge with cable guide, also from FritsJurgens, which conceals the TV cables from view.

Benerink Architecten’s project is a façade made up entirely of three pivot doors, making the transition between exterior and interior almost imperceptible. The three pivot doors, 3 meters high and each weighing close to 300 kg, are made of a wooden frame with triple insulated glass.

In Castlecrag House, hidden from the view of passers-by, the imposing copper-clad front door blends perfectly with the building’s architectural palette, which is as simple as it is sophisticated. In Porebski Architects’ design, the entrance to the house is intentionally set back from the street above.

There are twenty-five swinging doors, one more hidden and invisible than the other, scattered along the halls of the Royal Museum of Fine Arts in Antwerp. And it is precisely the way in which they have been inserted and used in the architectural context that hosts them that makes them so special. In addition, all doors close automatically in the event of a fire alarm.

AUAR – Automated Architecture creates modular wood building systems that use robotics and automation to create sustainable and affordable housing. This micro-housing space features a pivoting glass and redwood entry door that is 2.1 meters high and 1.5 meters wide. The narrowness of the space it provides access to makes the large swinging door appear even more imposing. Also, when open, the door naturally enhances the spatial impact of the small building.

Studio Gardini Gibertini Architetti has designed a modern interpretation of the “patio house” in the Tuscan hills, reminiscent of the Roman-Italic style. The house is divided into eight structural boxes, geometrically placed on a platform of reinforced concrete and connected mostly by swing doors. All the doors share the same design: height 290 cm, width 95 cm, while all the materials used come from or refer to the surrounding environment.

Fuse Architects and Builders is a company that specializes in creating architectural projects with a modern and progressive approach. The heart of the door consists of a lightweight honeycomb core, while on the surface, a brushed white oak cladding is inserted, giving the door a total thickness of 165 mm and a weight of about 270 kg. By using two different shades of oak (dark gray for earth and light gray for ocean) “Architectural Millwork and Design” wanted to recreate on this custom-made door, a map of Monterey Bay where the home is located. 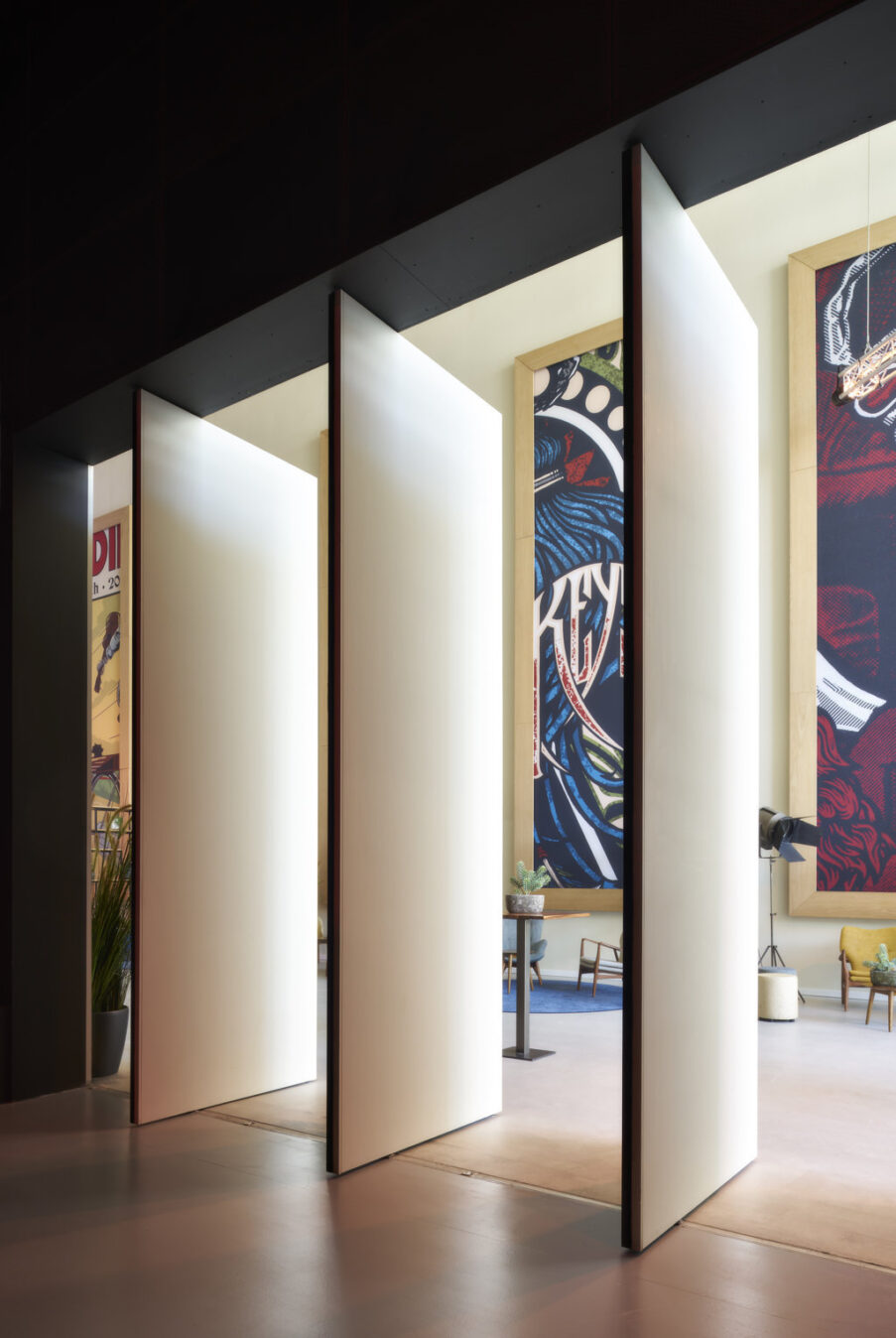 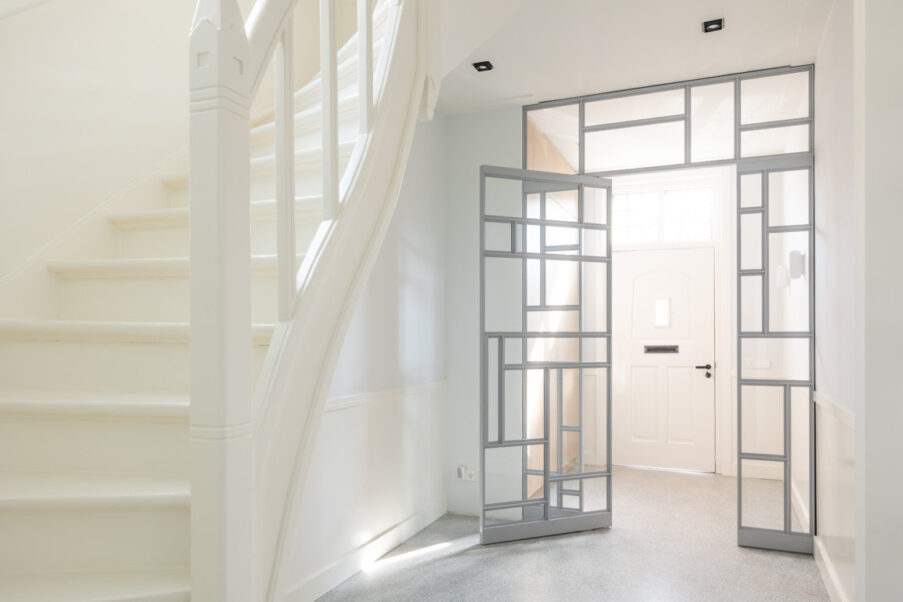 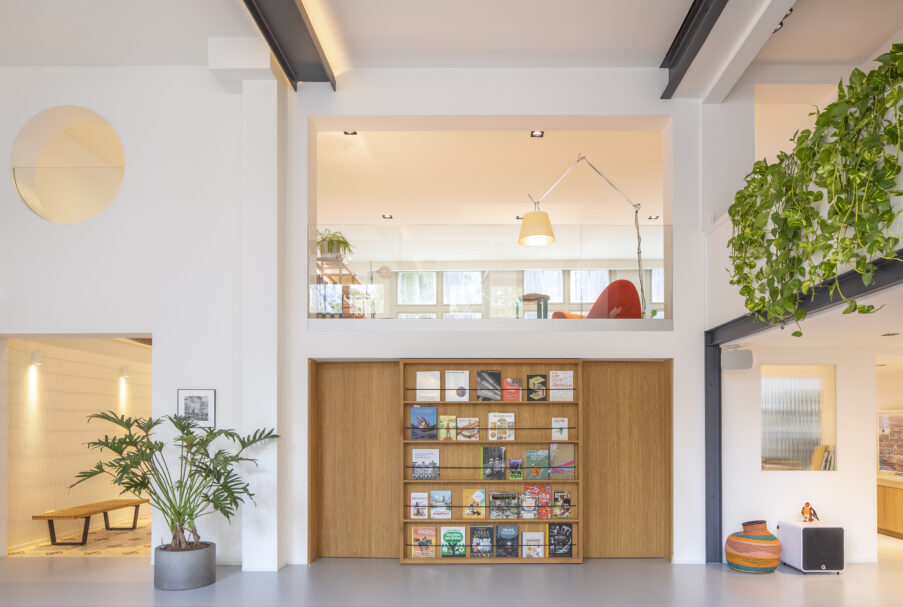 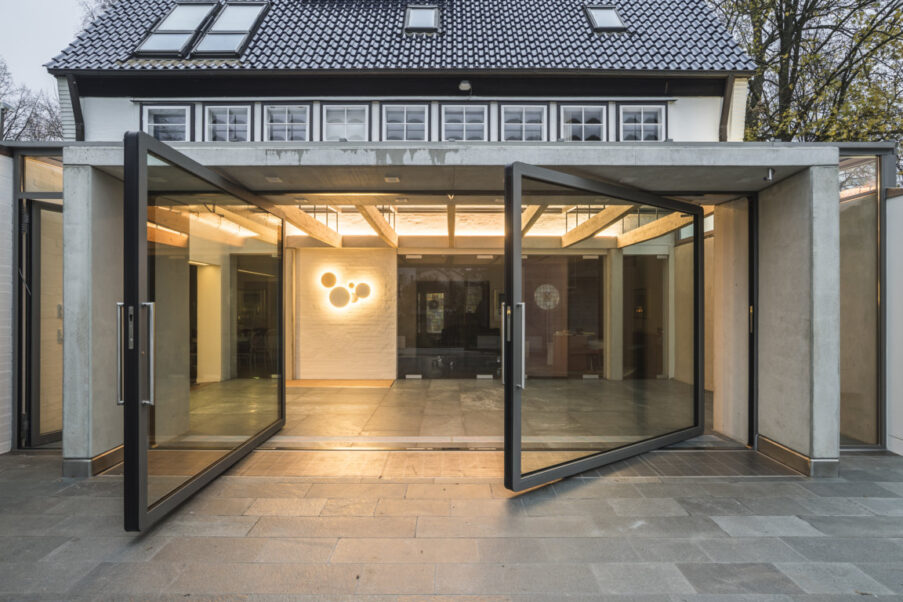 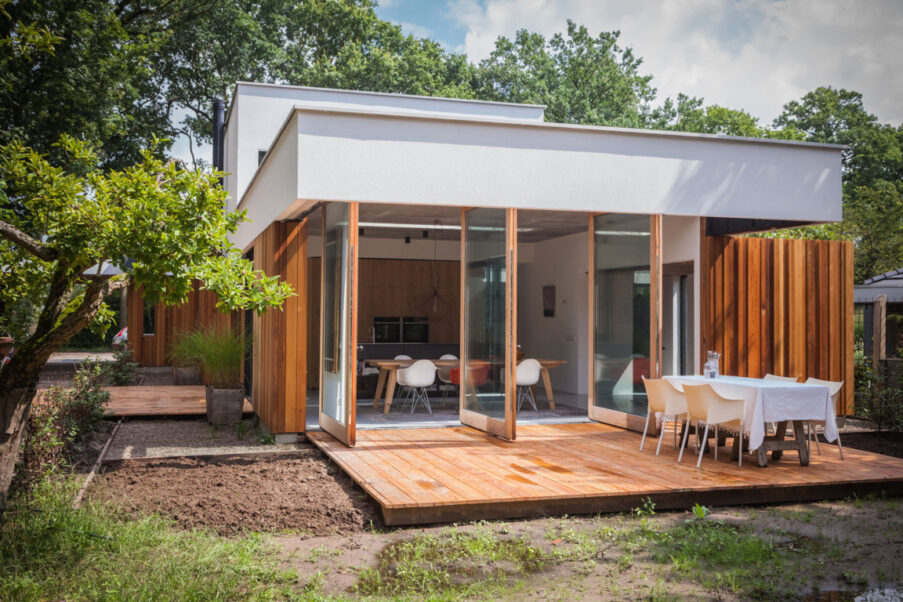 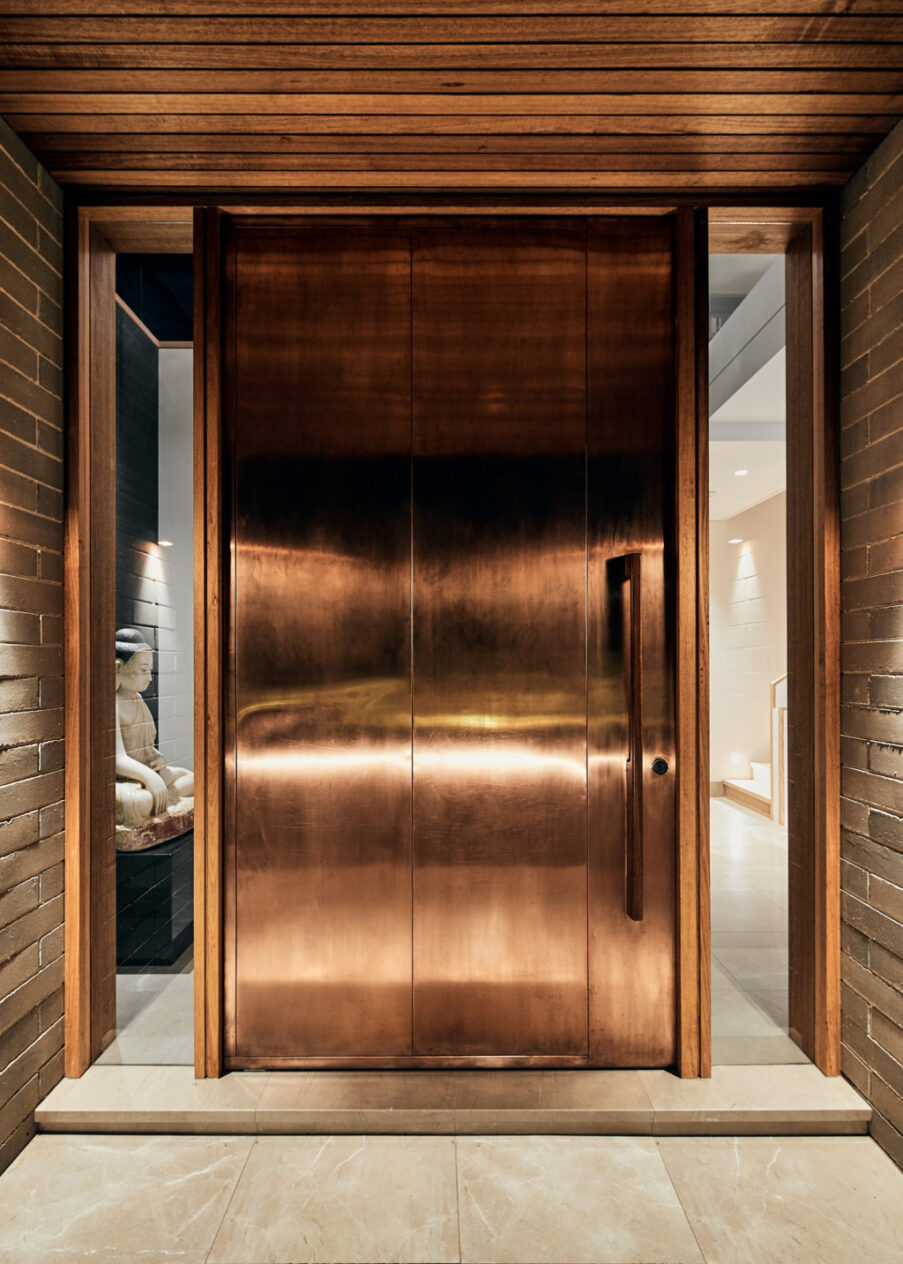 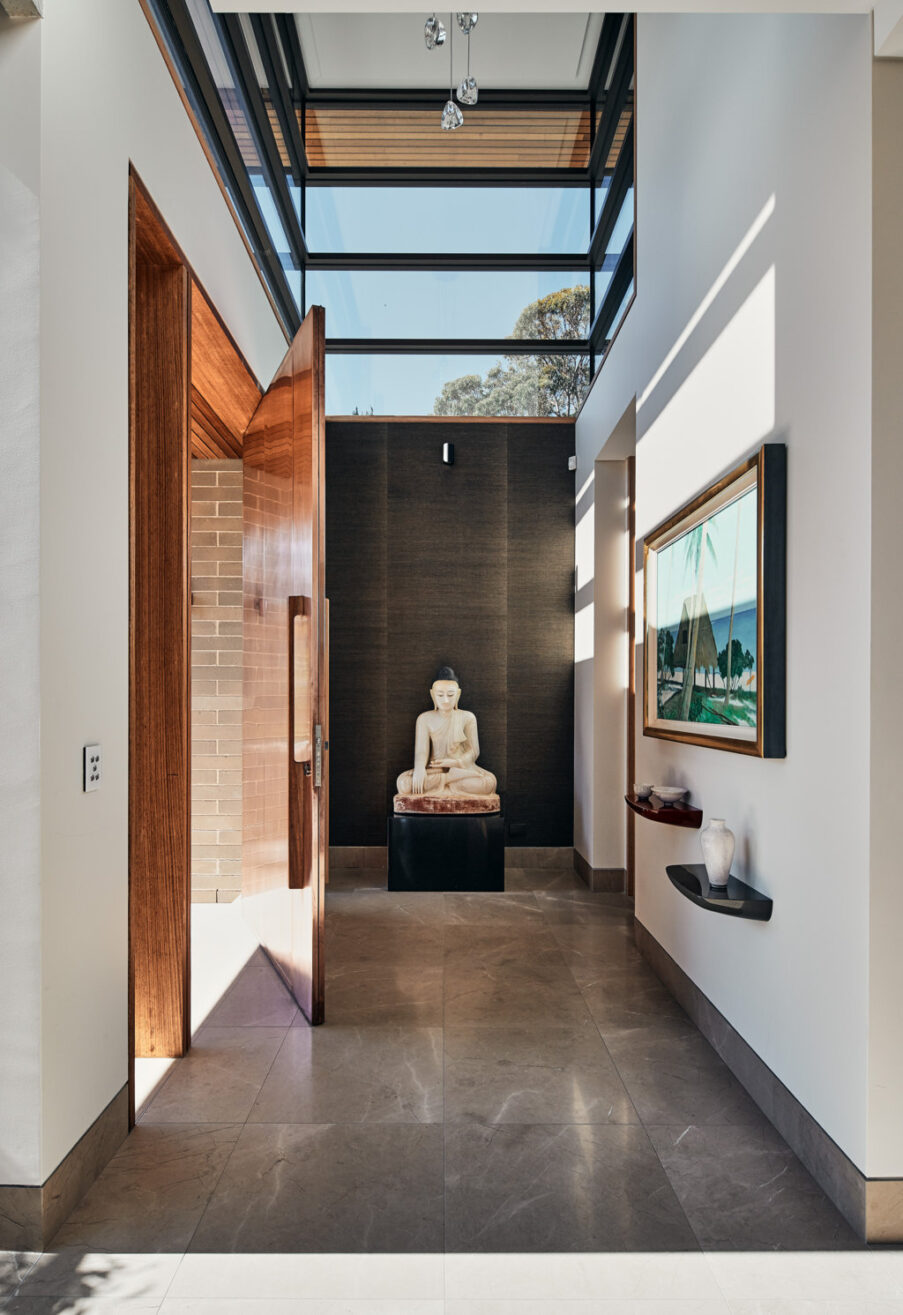 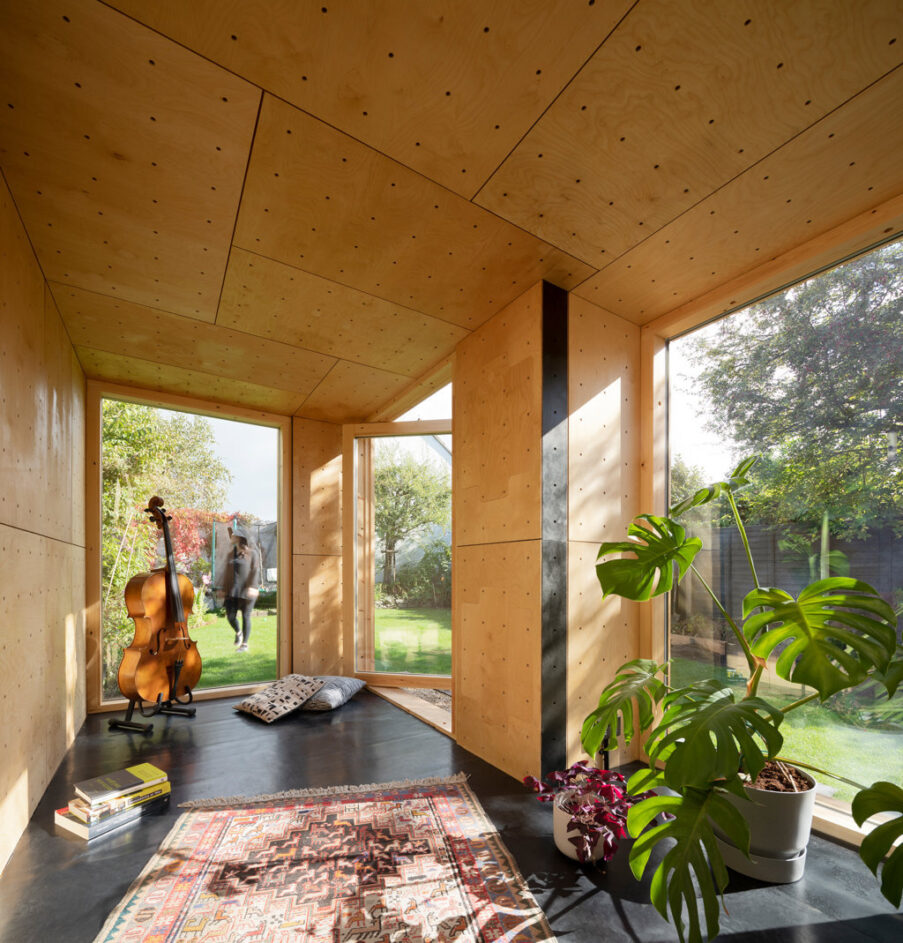 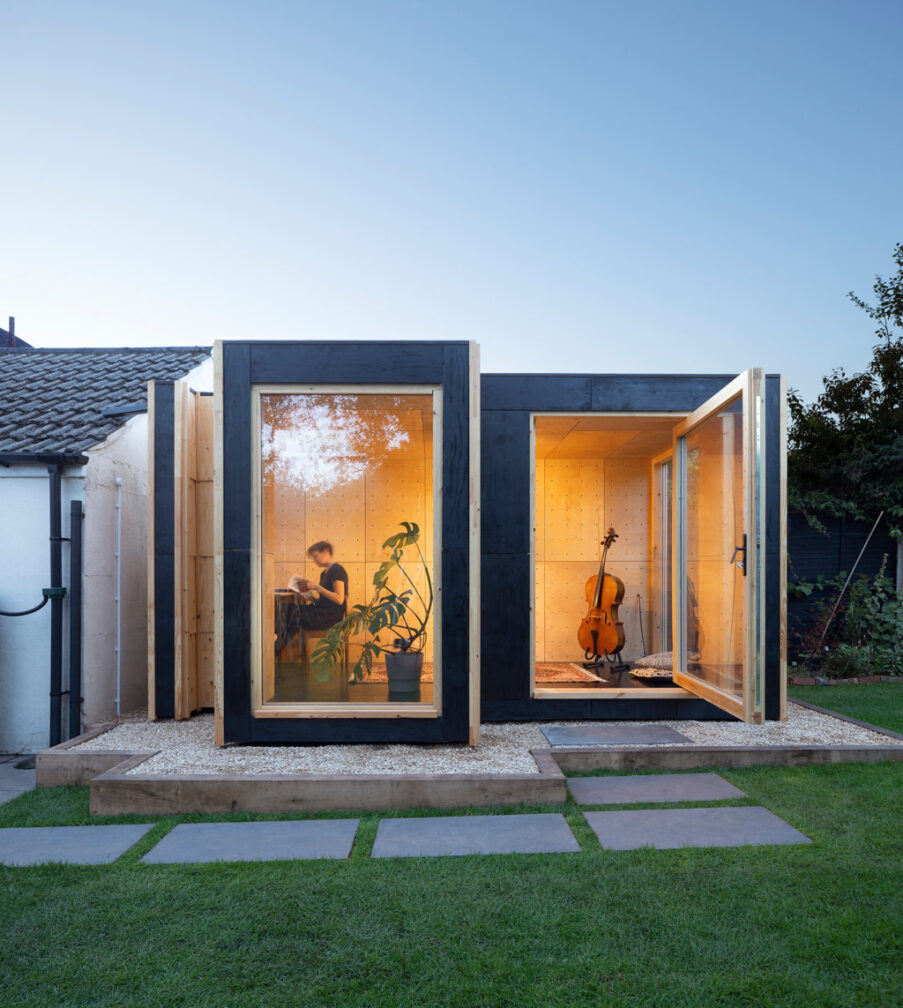 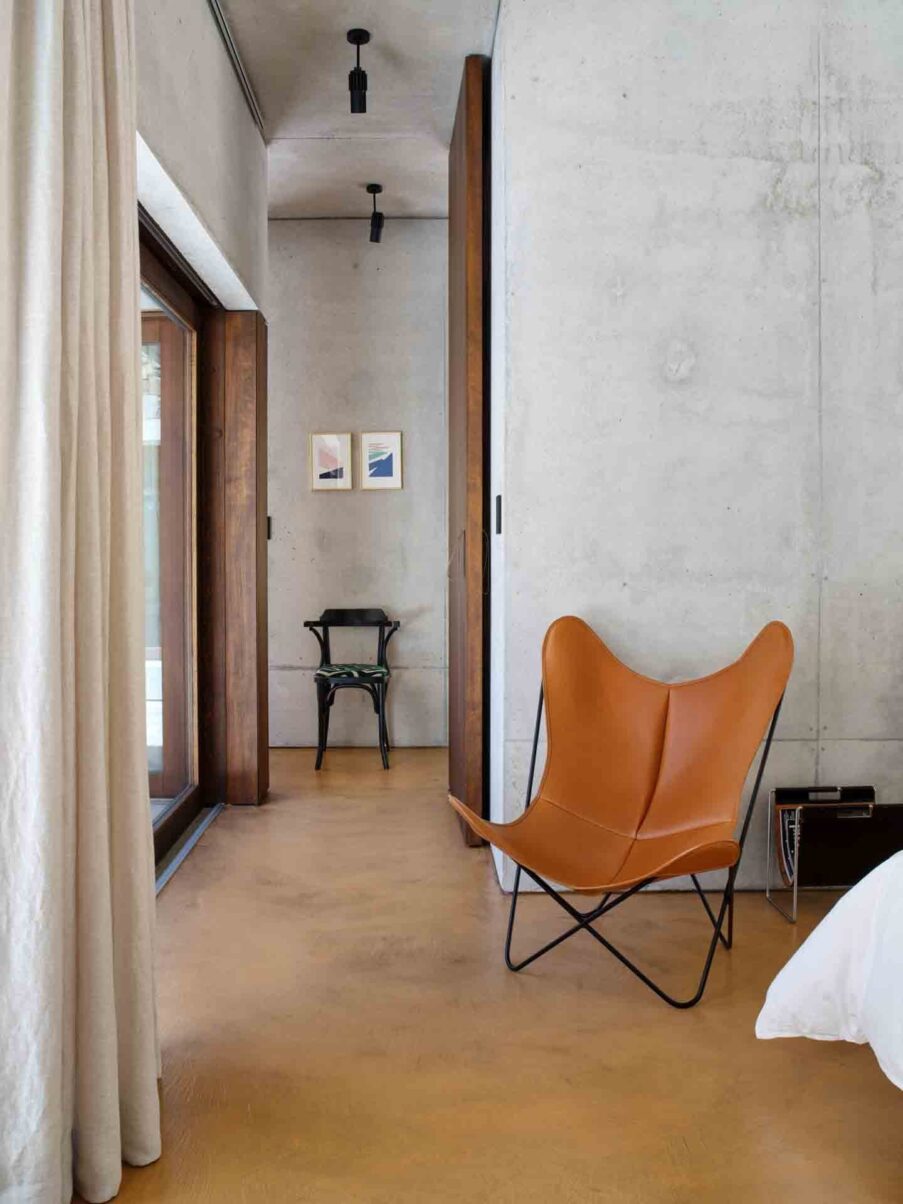 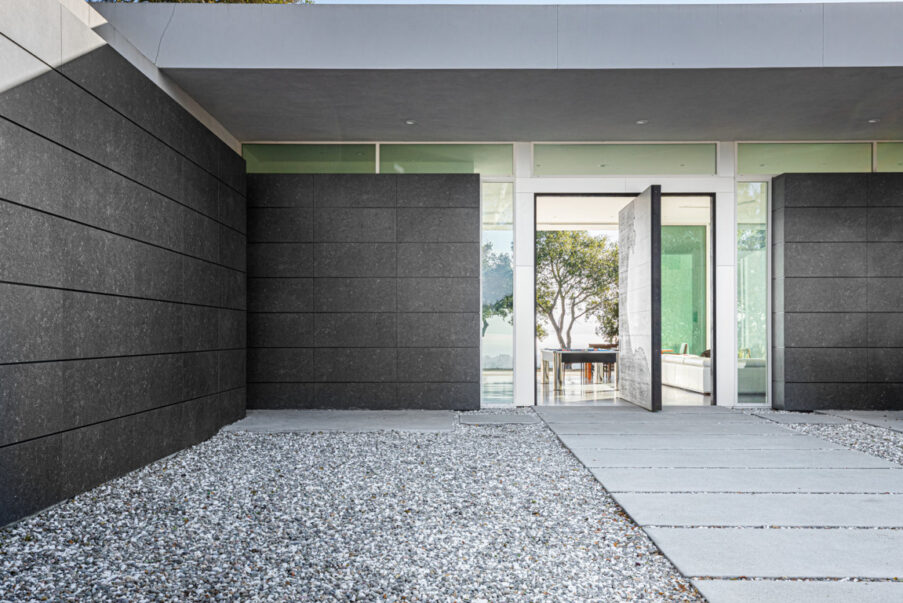