To provide the best possible service, we use cookies on this site. Continuing the navigation you consent to use them. Read more.
PROJECTS
·15 April 2021 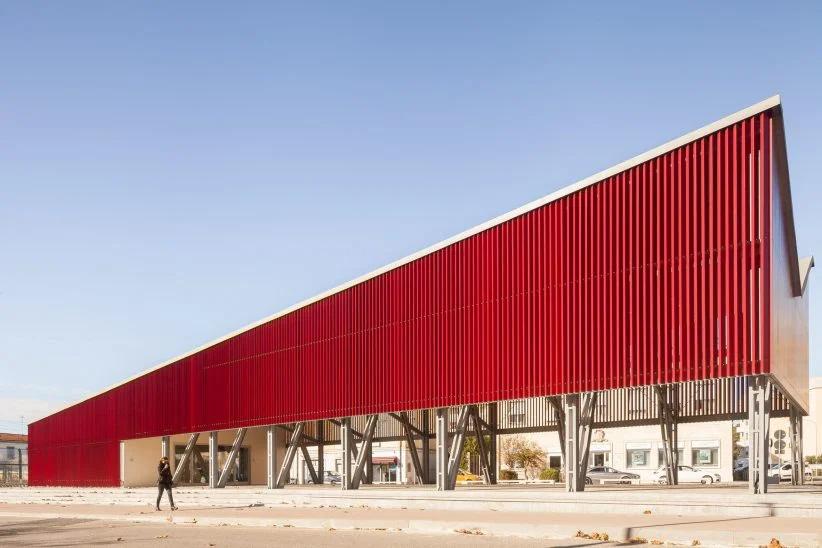 UNA2 architetti associatistudio, based in Genoa, designed a public square in Rosignano Marittimo, Italy, covered with a large red loggia.
The focal point of the project is the construction of a bright red loggia on the south side of the square. The loggia is a large rectangular, covered, open space – with a surface area of approximately 400 square metres – under which there will be a room of approximately 120 square metres, to be used for commercial activities that, according to the Administration, will promote the excellences of the area.
The loggia is the key element from an urban, architectural and functional point of view: it overcomes the most critical aspect of the square, namely the fact that its boundaries are substantially undefined.

The pedestrianization of Piazza della Repubblica fulfils one of the key objectives proposed by the Administration, namely to return the whole area to the citizens by limiting the presence of cars.
The project, featuring by an iconic red loggia, has opted for a non-integral pedestrianization of the areas concerned by the intervention.
This choice guarantees easy transit around the perimeter, limits the repercussions on vehicular mobility and, above all, makes it possible to better regulate interactions between pedestrians and vehicles and not to completely isolate the square at off-peak times.
A skate park has been created by adding ramps and curved surfaces to the paving. This raised section of the thoroughfare is situated between two schools and also provides a place for pupils to gather.
The red loggia is completely open up 240 cm from the ground, while the upper part, beyond this height, is covered with a series of vertical aluminium slats, bright red in colour, detached from each other and inclined with respect to the vertical plane to increase the transparency of the loggia in the different perspectives and to generate plays of shadow in the different seasons and times of day.

The cladding reaches all the way down to the ground in the commercial space, with a variation in the distance between the slats to ensure both the coherence of the architectural figure and the appropriate transparency of the interior spaces.
The roof is made of seamed zinc sheets fixed to a board underneath.
For further information please visit www.una2.net. 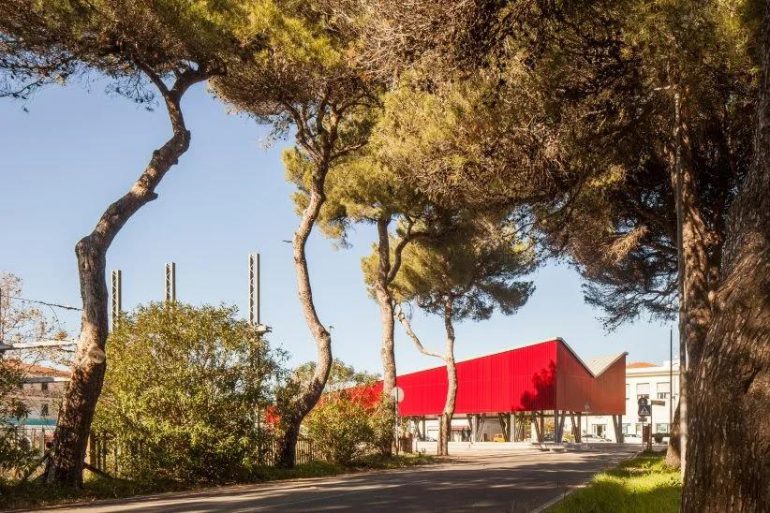 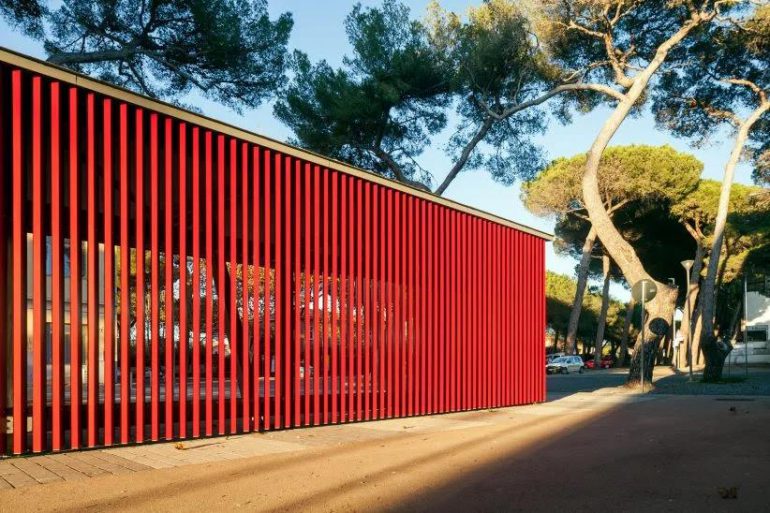 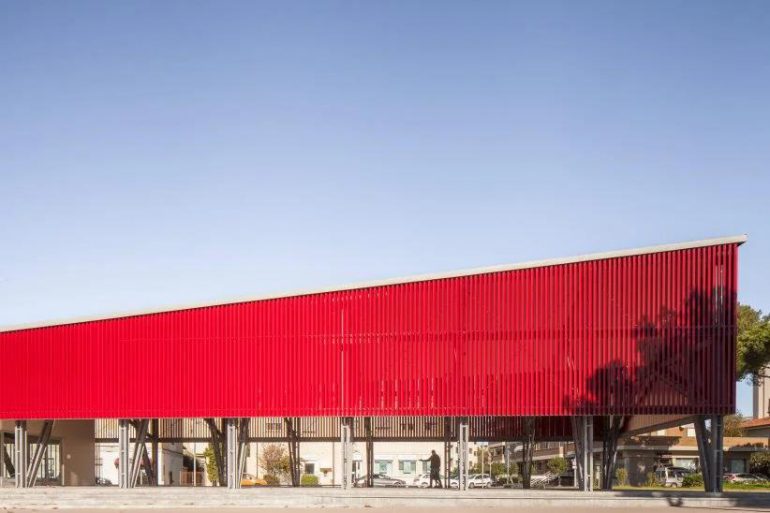 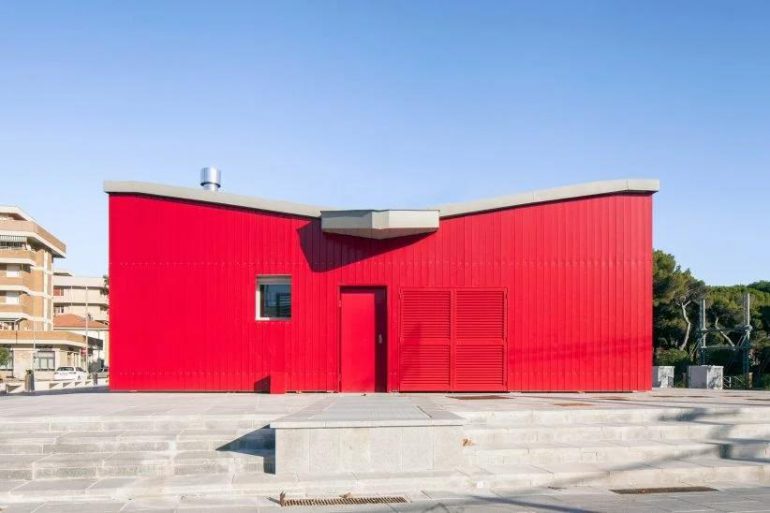 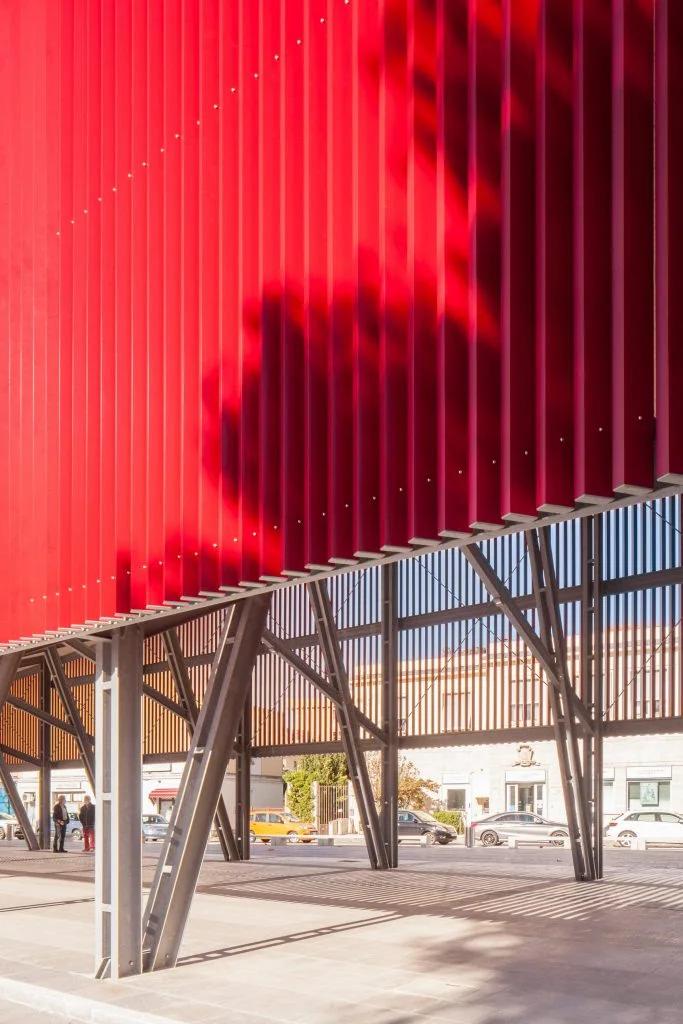 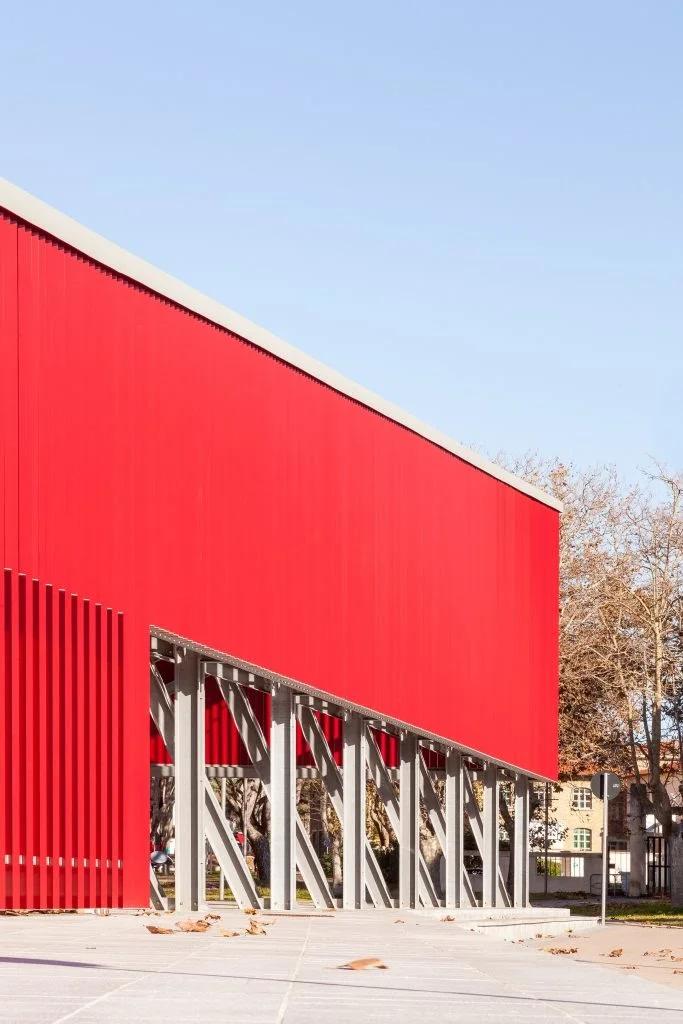 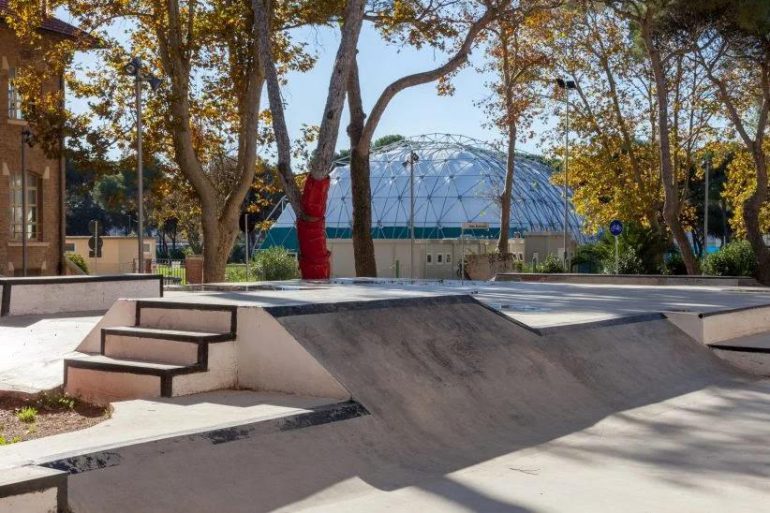 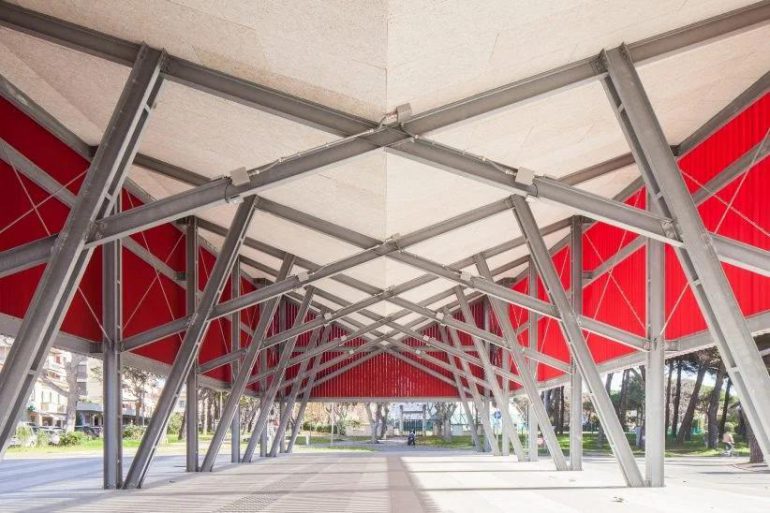 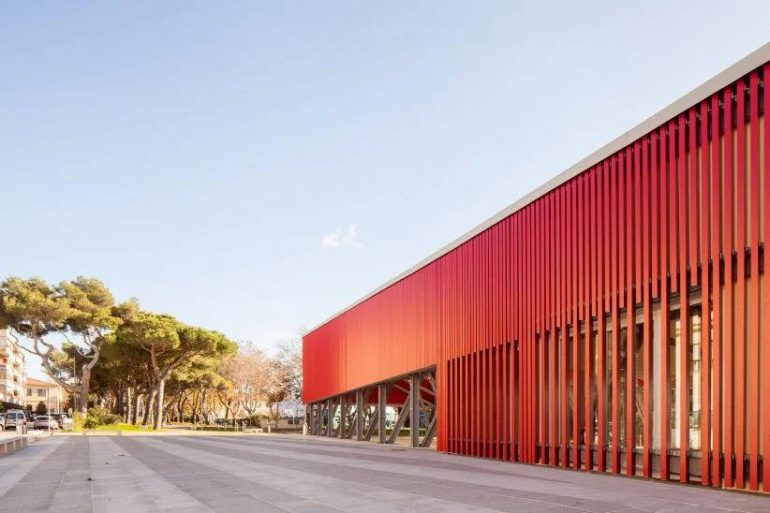 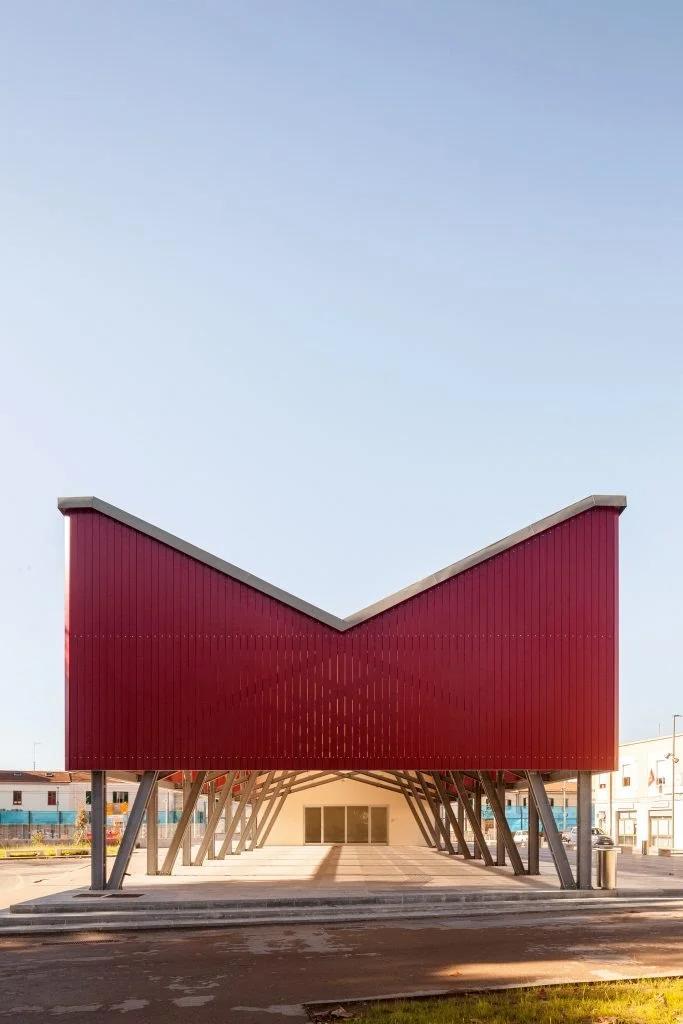 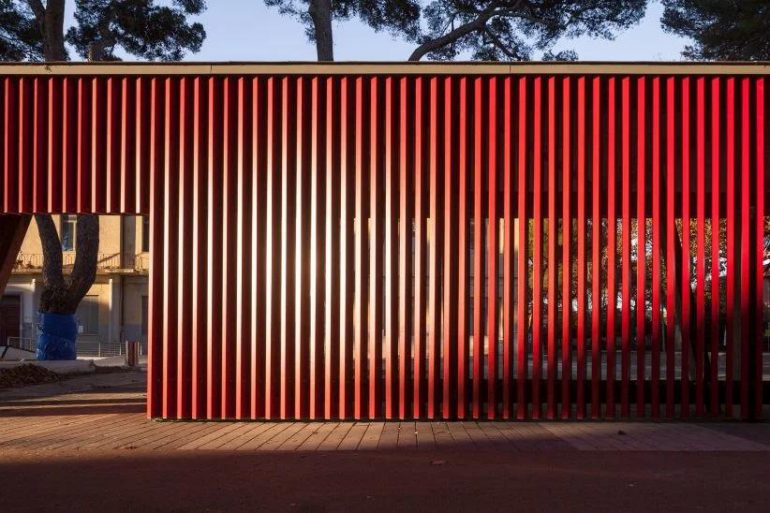 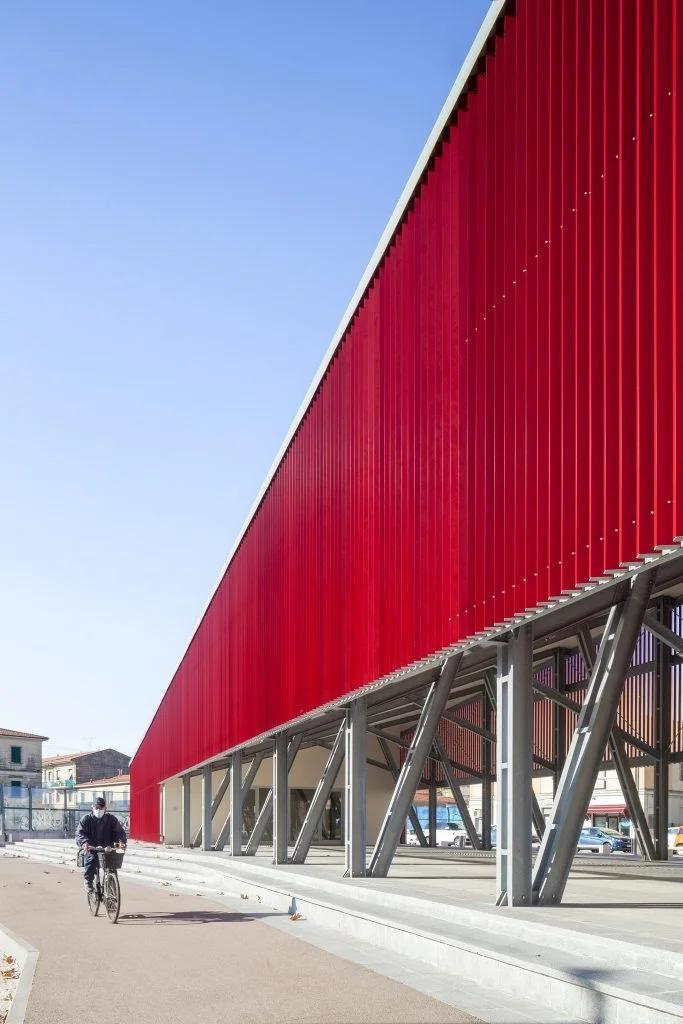