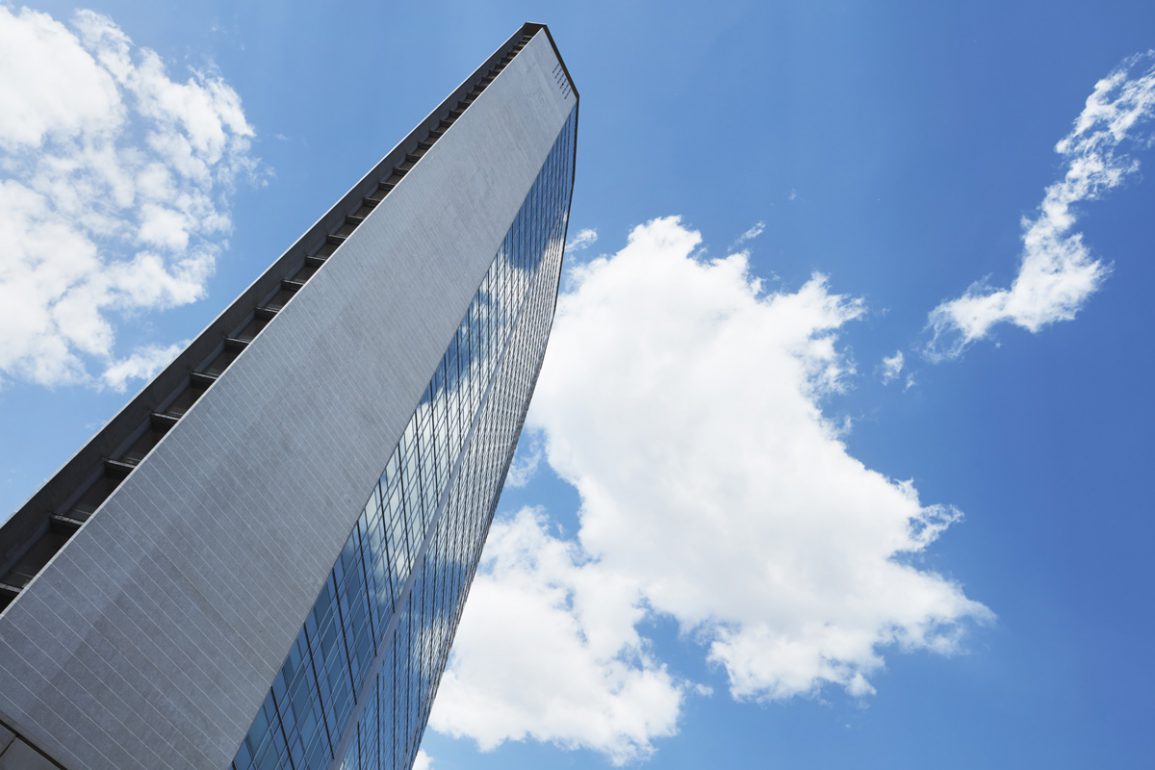 From Wednesday 16 December, the 60th anniversary of the Pirelli Skyscraper will be commemorated with a digital preview of the exhibition that will be set up and open to the public in 2021. Due to the pandemic, the date has been postponed with respect to the anniversary that commemorates the 60th anniversary of the inauguration of the Pirelli, which took place on 4 April 1960 when the Pirelli company opened its headquarters in the Milanese building before becoming the headquarters and symbol of the Lombardy Region in 1978.
Promoted by the Region of Lombardy, the Regional Council and the Council, and the Pirelli Foundation, thanks in part to contributions from Pirelli and FNM Group, the exhibition traces the origin and history of the Pirellone through original historical materials, photographs, illustrations, archive footage and exclusive testimonials from the people who conceived, designed, built and experienced the skyscraper throughout its life.

Through the digital platform 60grattacielopirelli.org it will be possible to discover a preview of the contents of the exhibition curated by architect Alessandro Colombo. The leitmotif of the entire project is the graphic re-elaboration of a sketch by architect Gio Ponti, which summarises his vision of Milan as recounted in an interview: “I dream of a Milan made by my fellow architects. I certainly don’t want a Milan made up of low houses and a skyscraper here, one there, another there and another there. It would be like a mouth with some long teeth and some short ones. Skyscrapers are beautiful if they are next to each other, like islands. (…) What I am saying is not a dream, I am saying what will be in the future“.
Five “times” punctuate the story, and the reader and visitor are accompanied by a timeline that traces, from 1956 to the present day, the great national and international history and the most significant events that have marked the collective imagination. The first industrialisation, enterprise and modernity, the construction and architecture of the building are documented, and the interiors, design and work in the Skyscraper are brought back to life.

And more: Milan on the move, culture and fashion in the sixties and seventies, the birth of the regions, the establishment of the Lombardy Region and the Regional Council and the activities of the institution, up to a perspective on the future, between memory and the ability to design the cities of tomorrow. In reconstructing history, the voices of ten witnesses were heard, women and men from politics, culture and the economy who, between memories and forecasts, bring out the perspective of a territory that has gone through intense moments of difficulty and, despite everything, has always been able to leverage its ability to dream, hope, plan and build. To work.

The digital preview of the exhibition will be presented on Wednesday 16 December at 10.30 a.m. in live streaming (https://mediaportal.regione.lombardia.it/embed/live/23) with videos and speeches (some in person and some remotely) by Attilio Fontana, President of the Lombardy Region, Alessandro Fermi, President of the Regional Council, Marco Tronchetti Provera, President of the Pirelli Foundation, Andrea Gibelli, President of the FNM Group, Antonio Calabrò, Director of the Pirelli Foundation, and the exhibition curator Alessandro Colombo. The digital event, lasting about 30 minutes, will be broadcast on the Regione Lombardia media portal, on the Regione Lombardia YouTube channel and institutional Facebook page, on the websites www.consiglio.regione.lombardia.it, and on the exhibition 60grattacielopirelli.org. 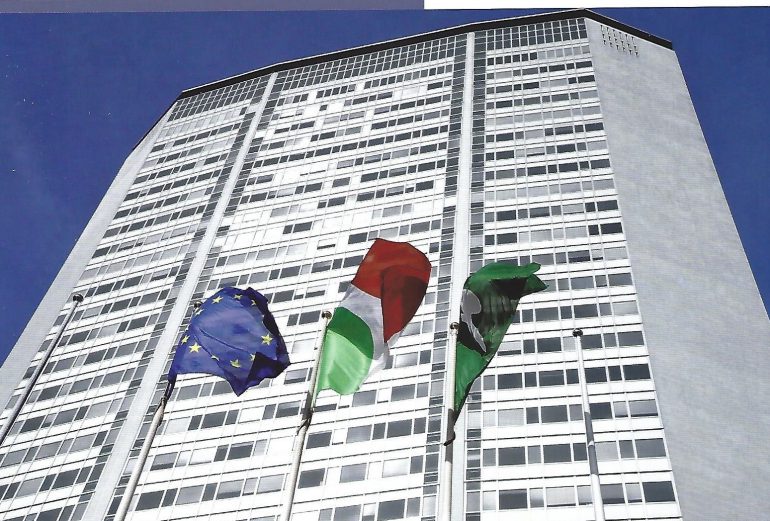 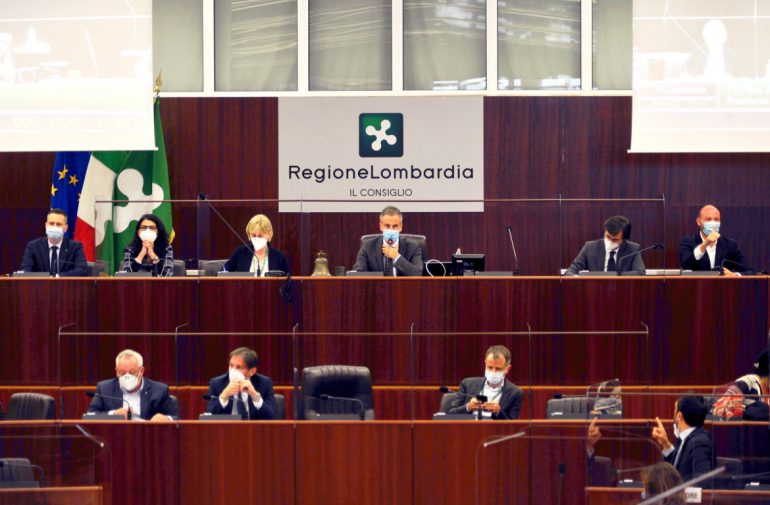 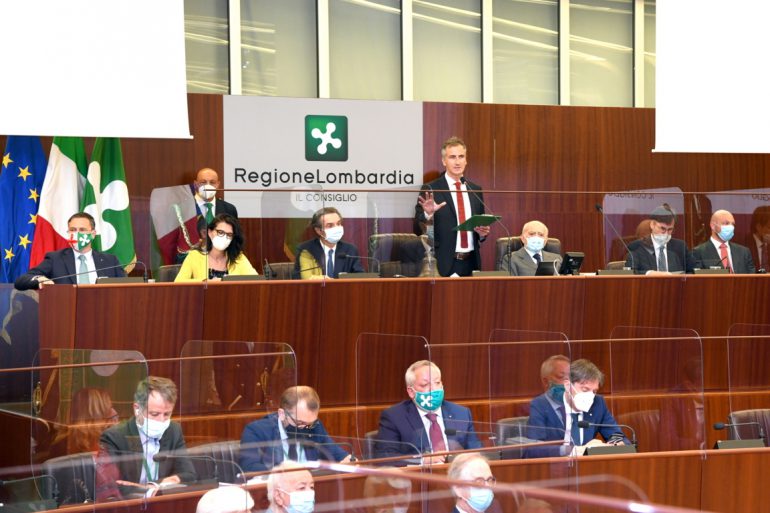 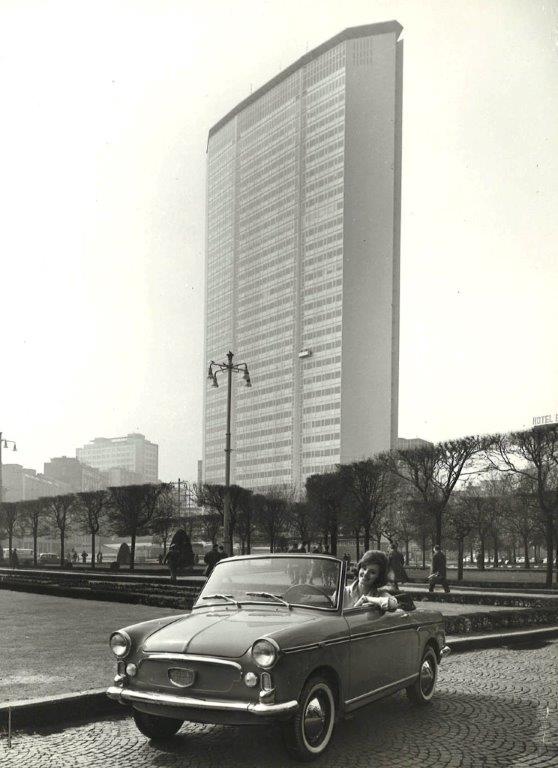