To provide the best possible service, we use cookies on this site. Continuing the navigation you consent to use them. Read more.
PROJECTS
·22 January 2021 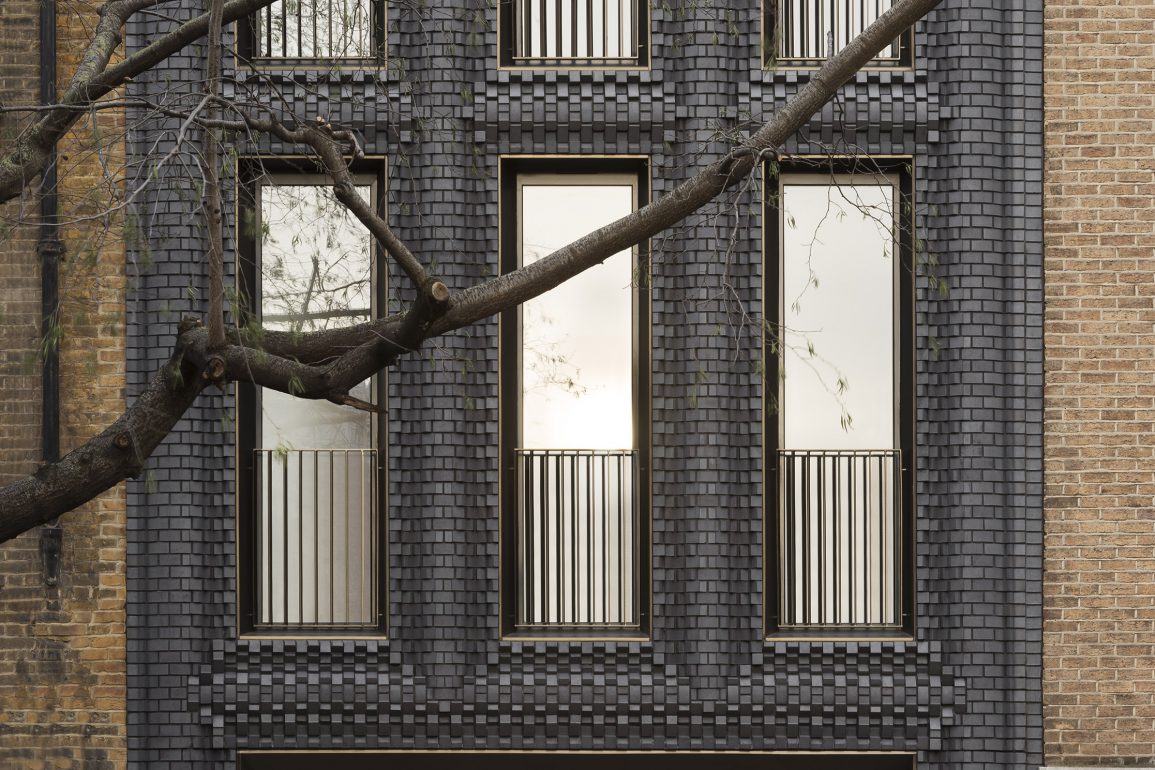 The design for The Interlock takes inspiration from the history and variety of styles in the area, which features masonry facades, resulting in a collection of 44 misshapen and seemingly stackable clay blocks, very different from the typical London brick facades.

Co-founder and Director of Bureau de Change Katerina Dionysopoulou said: “We were interested in taking these very traditional proportions and somehow subverting it – like a puzzle box that looks familiar and reveals a hidden complexity that increases the more you interact with it”.

The blocks inserted into the façade create a pattern of interaction between materials and structure, wrapping around the glazing like parts of a gear, thus also giving a kind of three-dimensionality to the wall.

To contrast with the existing brick areas and stand out among the other buildings, it was decided to use Staffordshire blue clay, set in 14 steel moulds made and fired to create the matte blue finish. After firing, these 14 ‘parent’ bricks were split to form the 30 ‘children’.

The process of building the 5,000 blocks took three months, as each brick was moulded according to the precise position in which it was to be placed.

Co-founder and Director of Bureau de Change Billy Mavropoulos explained: “We worked iteratively with the Forterra team – adapting and revising the bricks in 3D. We were walking the line of what would be technically possible, but through this process, we found a point that was both buildable and produced the richness and movement we were trying to achieve.” 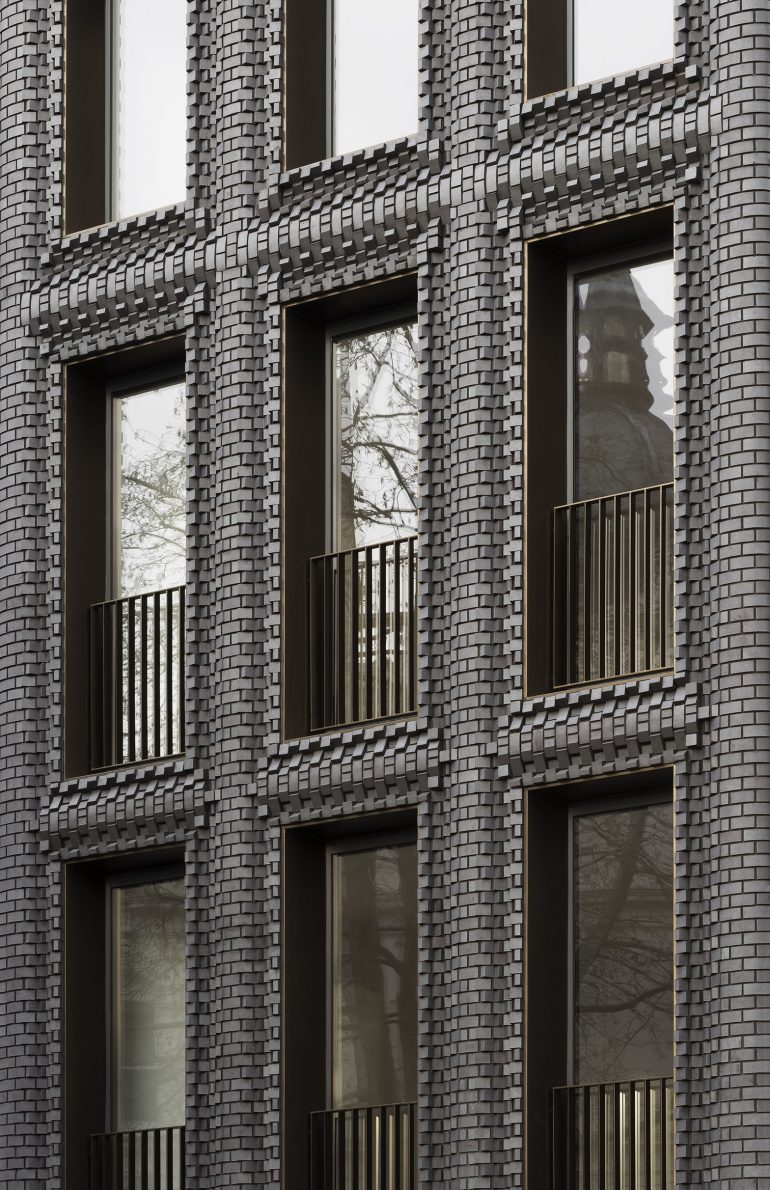 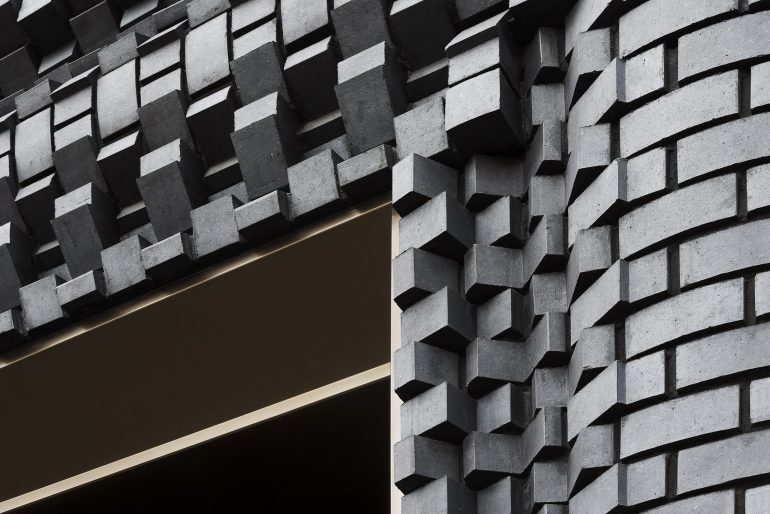 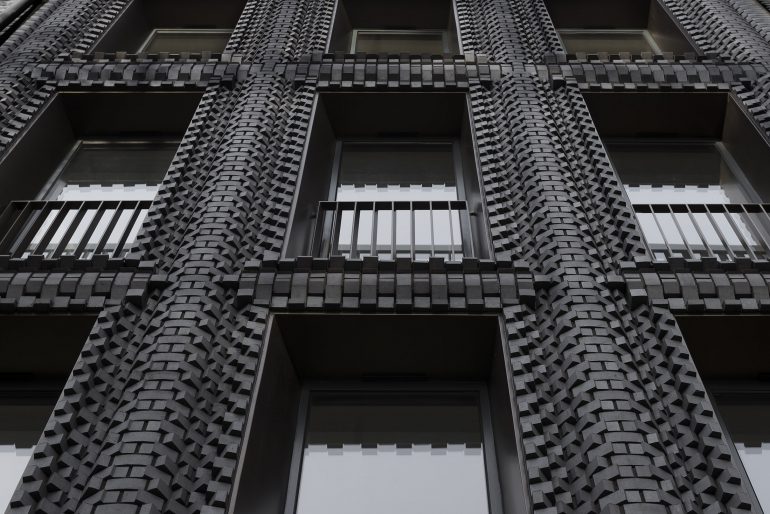 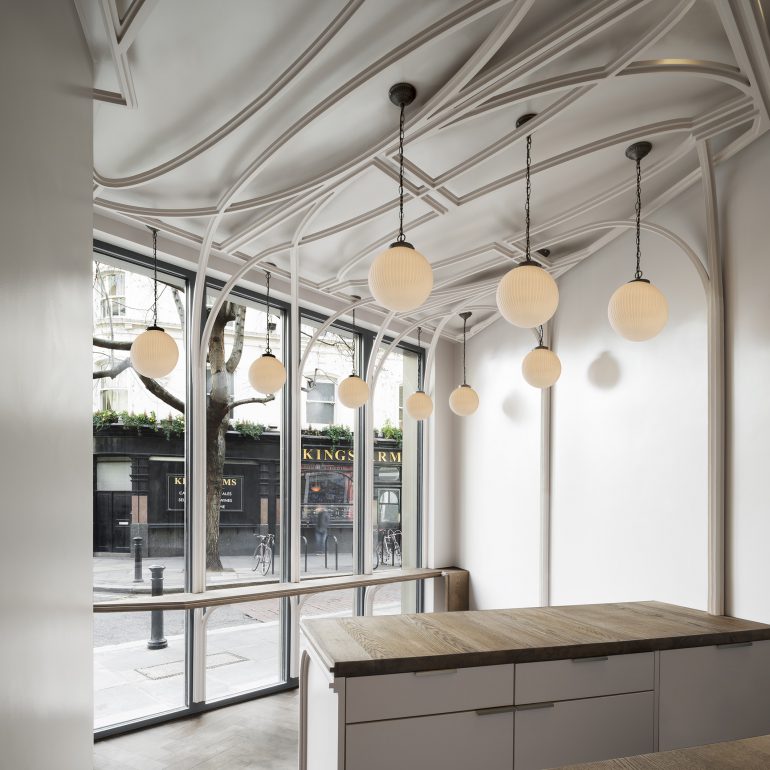 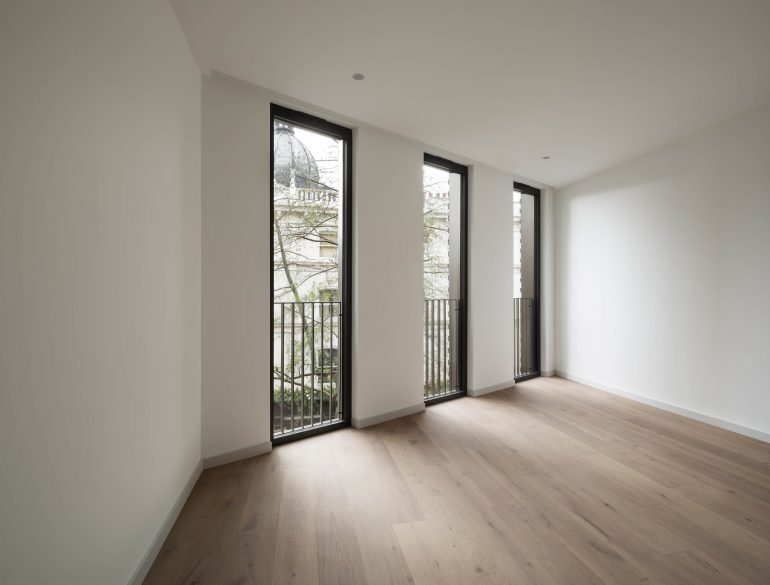 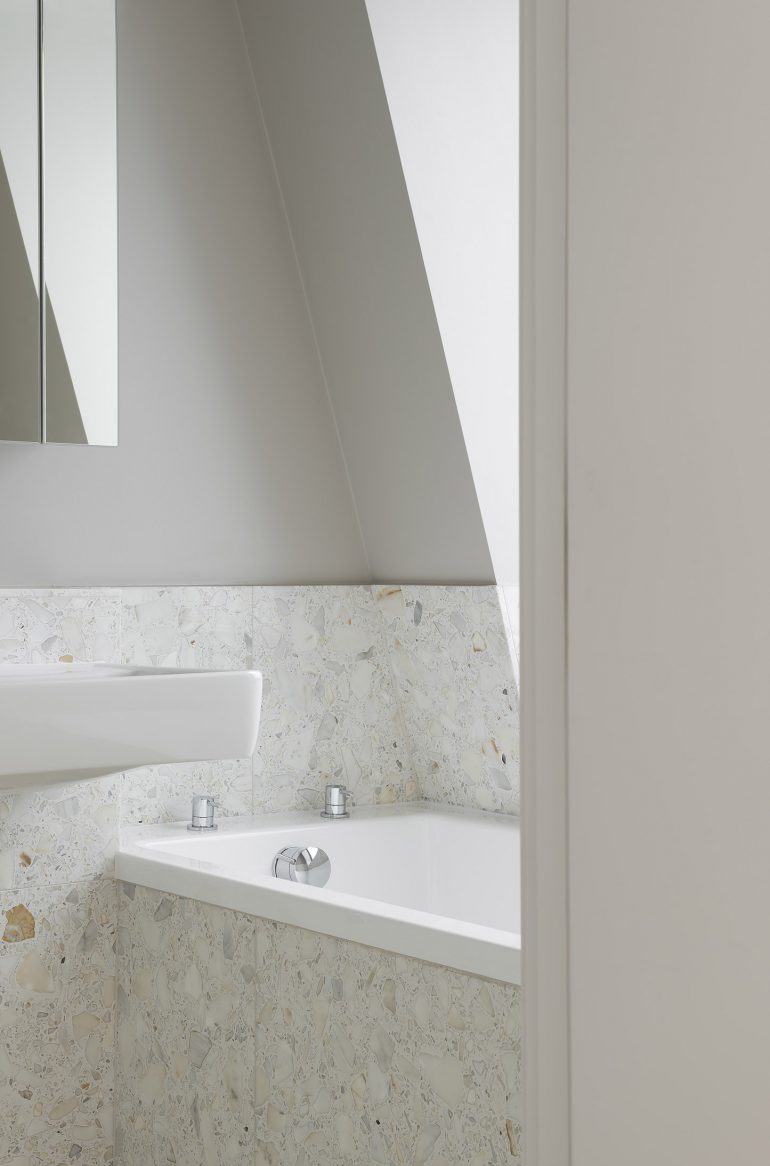