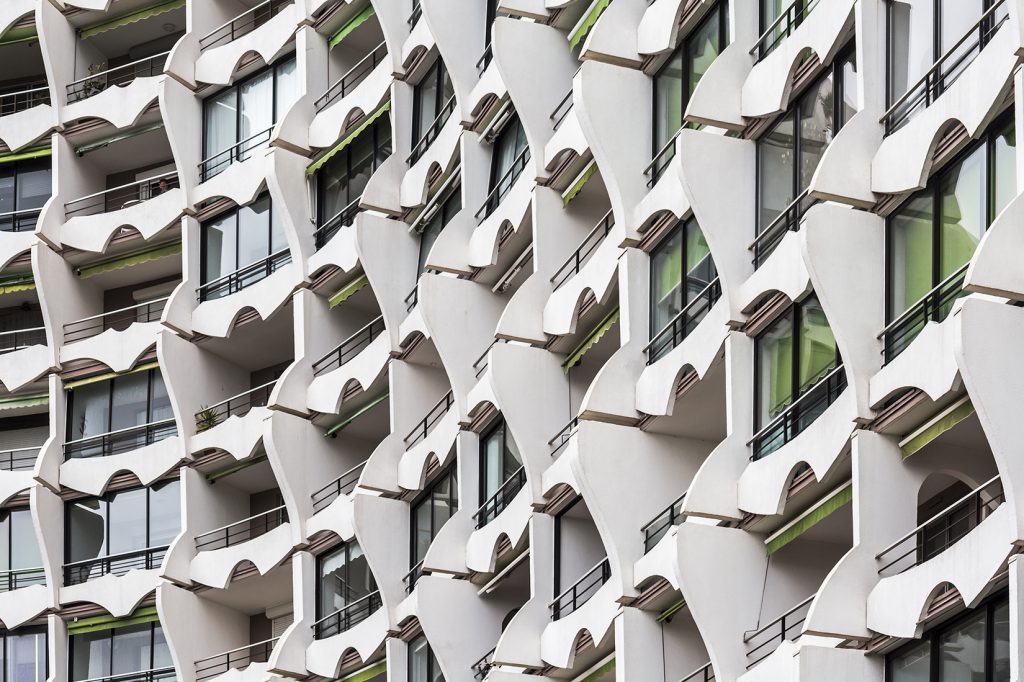 La Grande Motte is a popular seaside resort located in Southern France, in the arrondissement of Montpellier. But it’s not at all an usual seaside resort.
The whole area was designed and built between 1960 and 1975 by one single architect, Jean Balladur. He was a visionary man, that – with the exception of the works by few artists involved by the author – basically designed every single detail of La Grande Motte over 400 hectares: from the buildings (bigger and smaller) to the roads width, from the vegetation to the height of the sidewalks up to the street furniture. So, even if all the architectures have a different design and they show a different concrete geometry, it’s quite clear from the first sight that they were designed by the same hand.

Pyramids, triangles, circles, half circles and omegas, La Grande Motte appeared to us like a kaleidoscope of shapes and patterns, a true visual and hypnotic experience full of big and small scale surprises. Definitely and inspiring, uncommon and somehow challenging subject the we, as photographers, decided to represent highlighting its geometrical complexity and extravagance.
At the beginning, Balladur received harsh critics, but with the time (and the growth of the planned green areas) the whole project was rehabilitated and since 2010 La Grande Motte is properly considered as a French “Patrimoine du XXème sècle” (Heritage of 20th century). 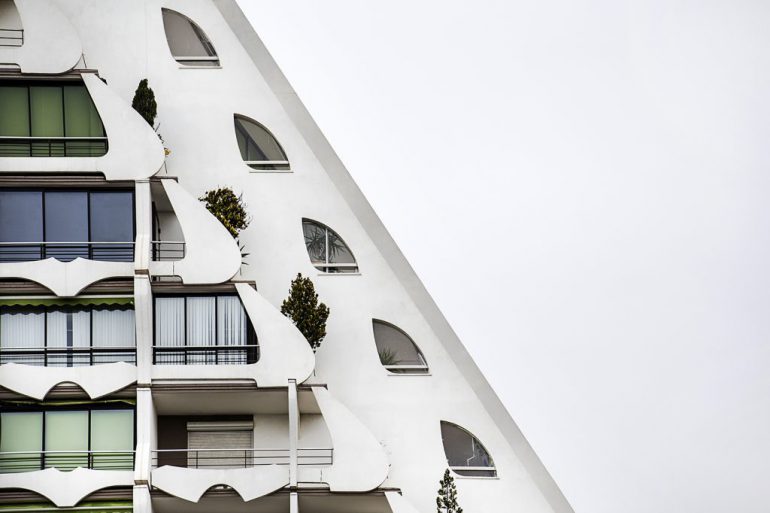 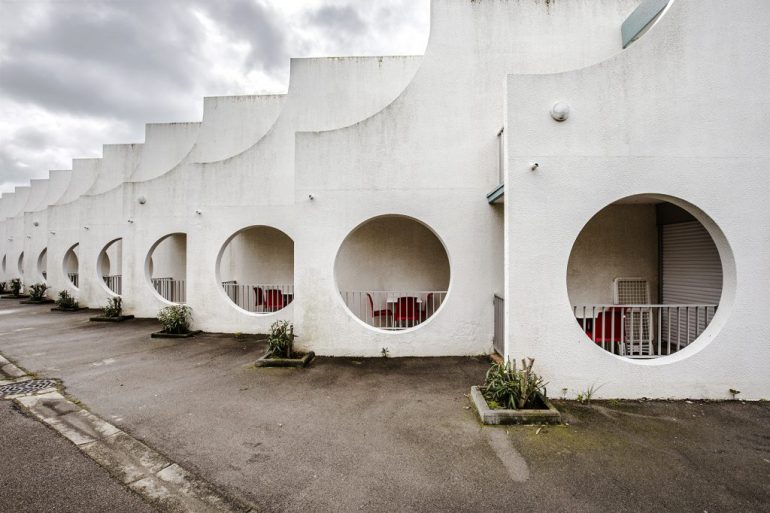 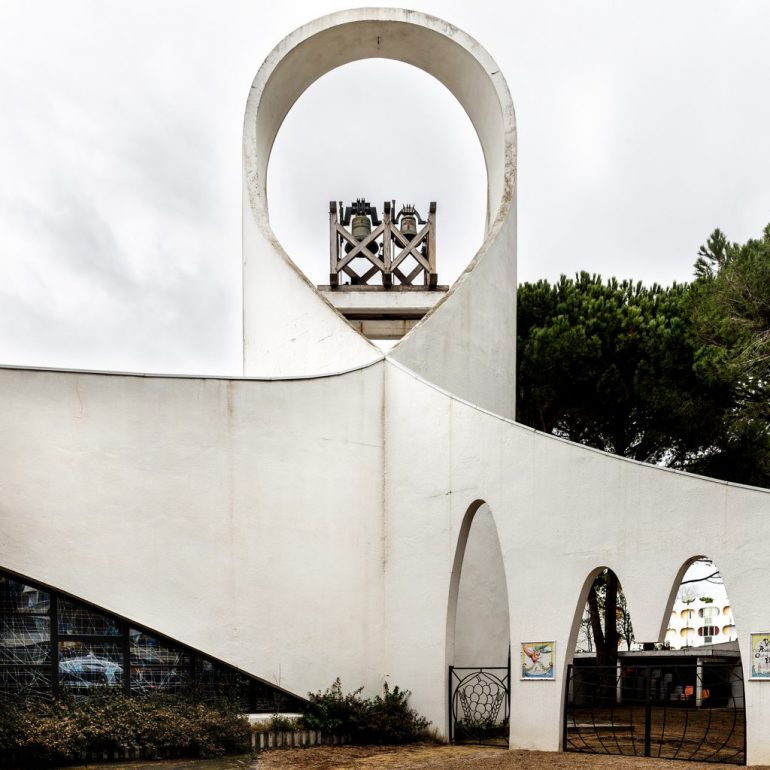 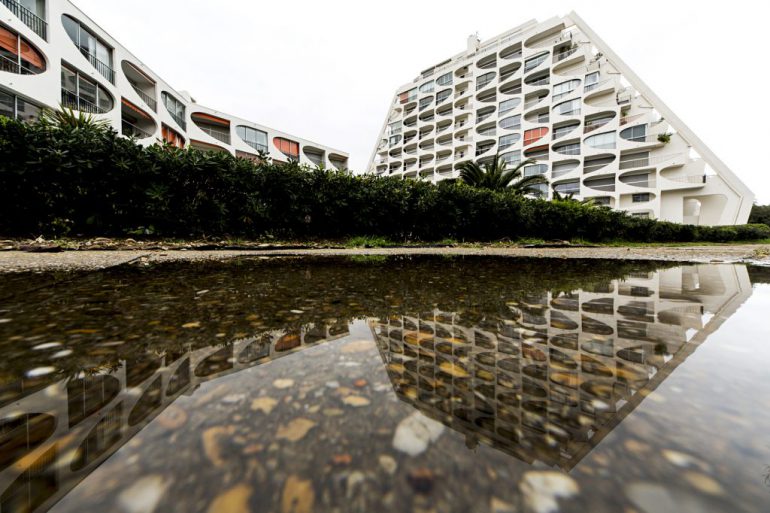 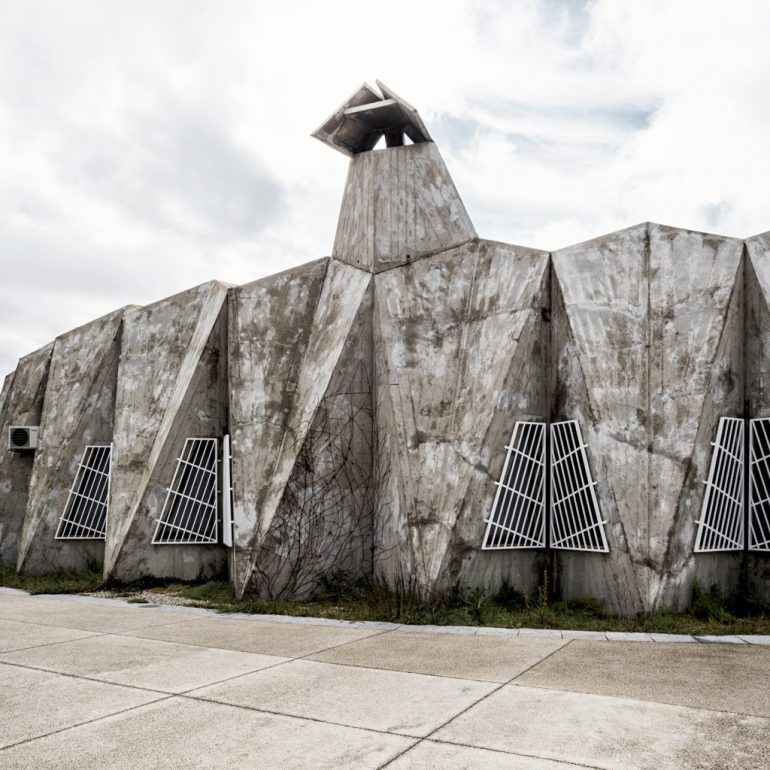 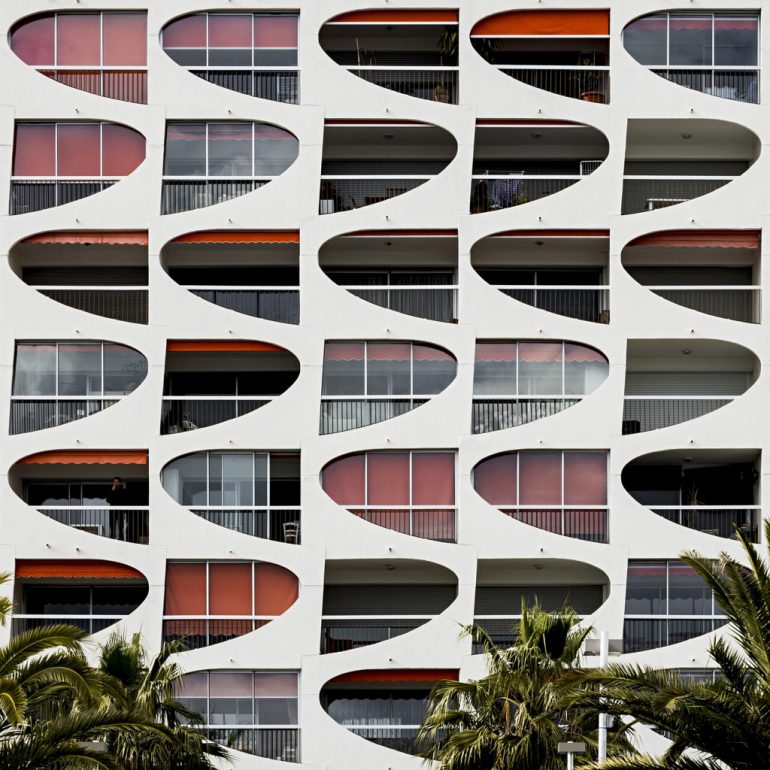 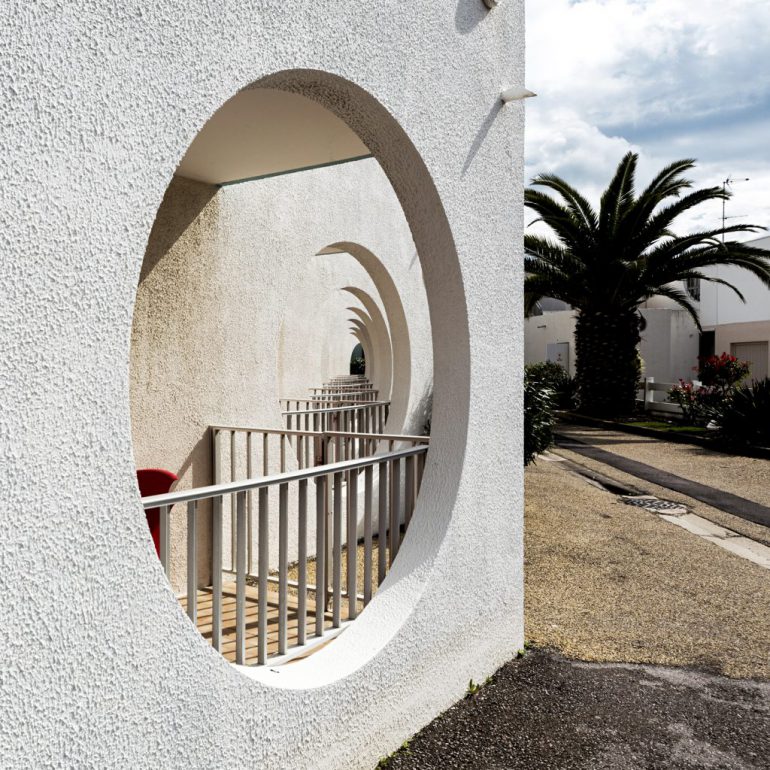 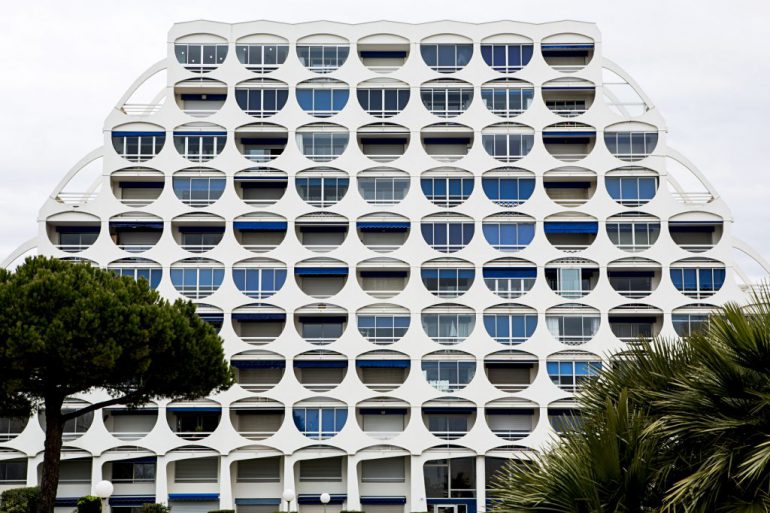 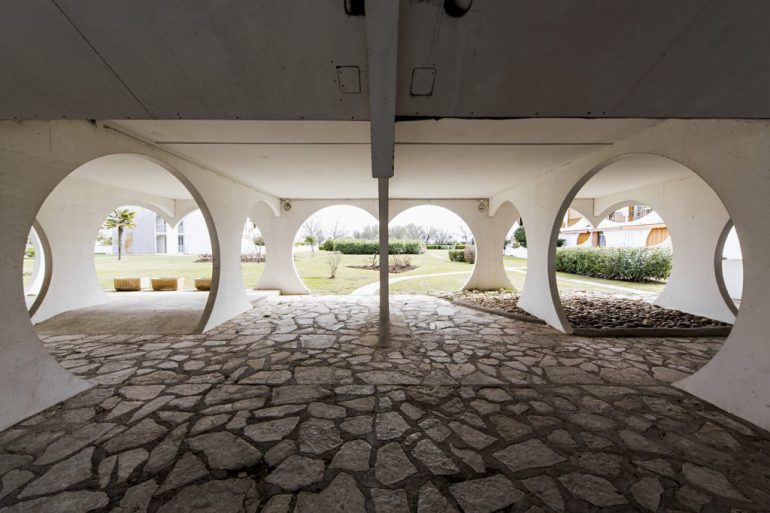