To provide the best possible service, we use cookies on this site. Continuing the navigation you consent to use them. Read more.
PROJECTS
·2 December 2021

The house of sartorial design 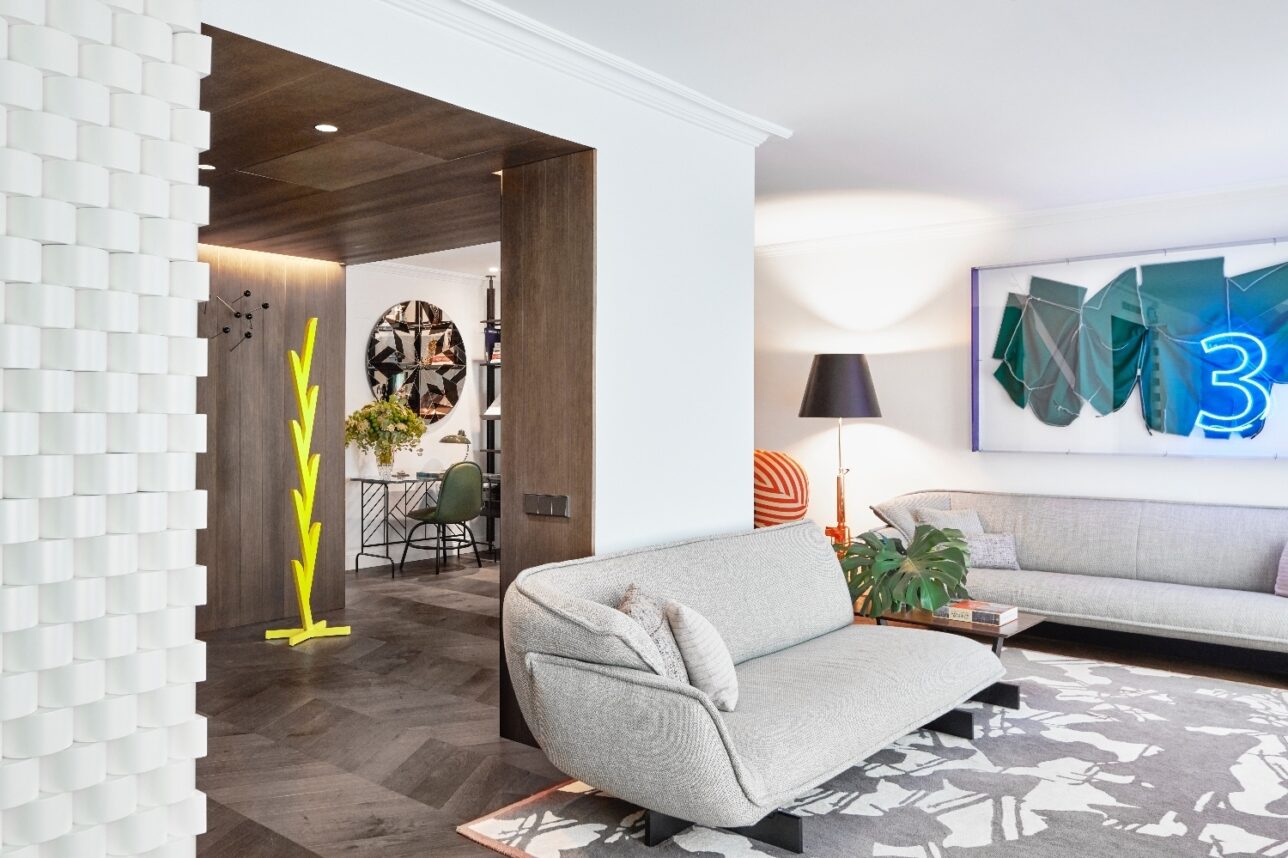 José Manuel Ferrero creative director of estudi{H}ac opens the doors of his home, a world that branches out into different and playful fabrics and textures that reflect his passion and philosophy for the world of tailoring. Starting with the choice of materials, natural walnut wood permeates several rooms recalling the old tailors’ workshops with a touch of elegance. The entrance of the house is an open space that is darker than the other rooms with wood panelling to seek communication with other spaces and hidden closets. The Arrel coat rack, a prototype by José Manuel Ferrero, catalyzes the attention inside the room with its giant needles that once again reflect the passion for fashion.

Next to the entrance we find a small workspace that the designer uses during his free time to draw his first drafts and create ideas that he then develops in the estudi{H}ac drawing workshop. Here, too, another Ferrero creation catches the eye and characterizes the space. The set of gray and black mirrors represents the explosion of ideas that come from the projects, a clear reference to the function of the studio and the creative processes that take place around the small desk. A large black metal bookcase wraps the small studio with its books, objects and also with the children’s drawings, which personalize the furnishing element and make it emotionally close to the designer. The open living room along with the kitchen is the most lived-in space in the house.

With lots of natural light and created as a common area where you can spend time with family and friends joining together the living space and the kitchen marked in the middle by a round table with bright red chairs.The world of textures and the desire to experiment with the three-dimensional effect pushed him to create the wall in white lacquered wood sculpture that wraps the room reminding the towers of spools of yarn. The bathroom represents an area of contrasts, where the elegance of white stone-effect ceramics meets a vibrant green with an exotic pattern. José Manuel Ferrero thus creates a world where the most personal parts of himself take shape, creating a dimension that ranges from the design dimension to modern and contemporary art. 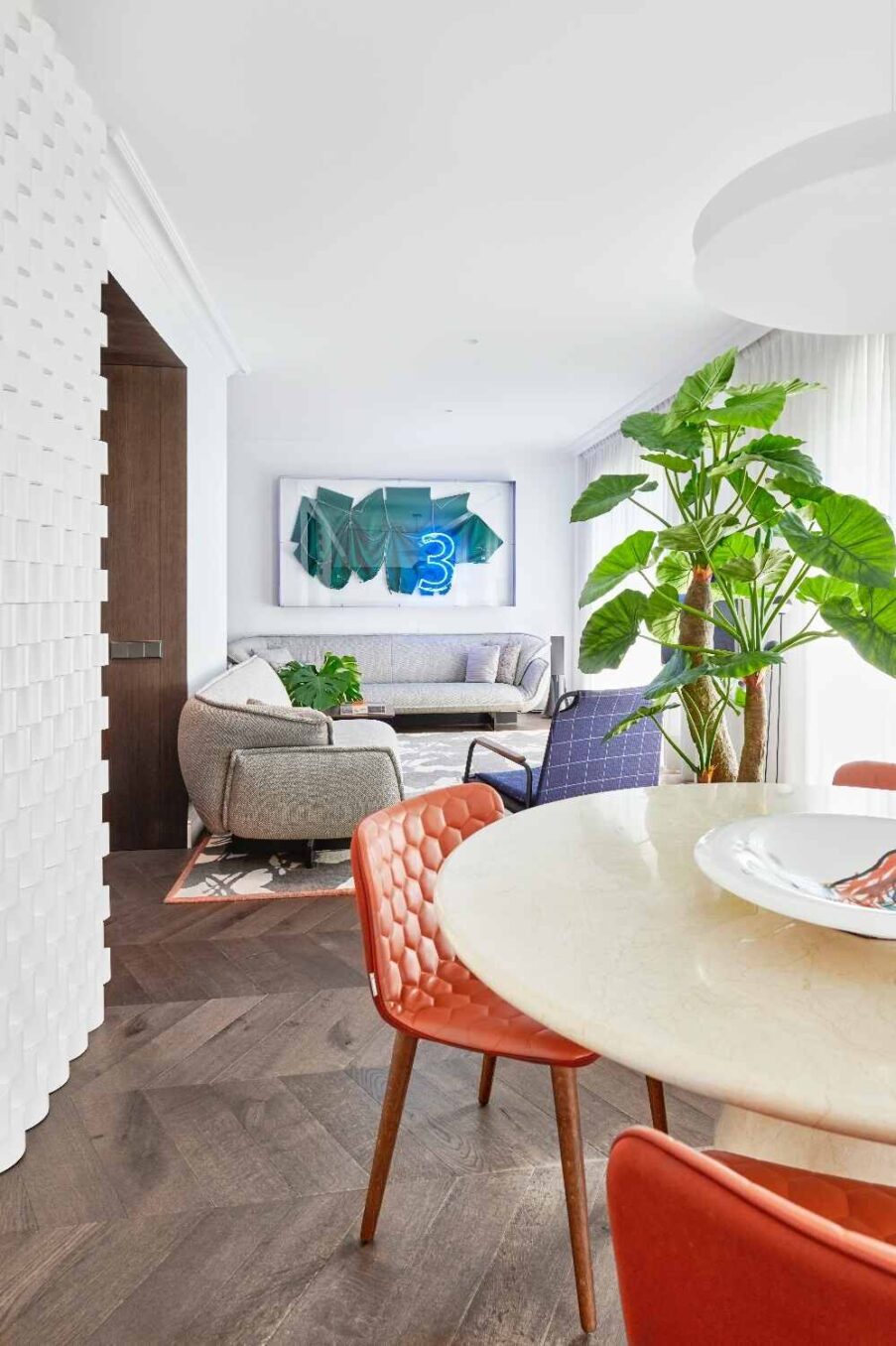 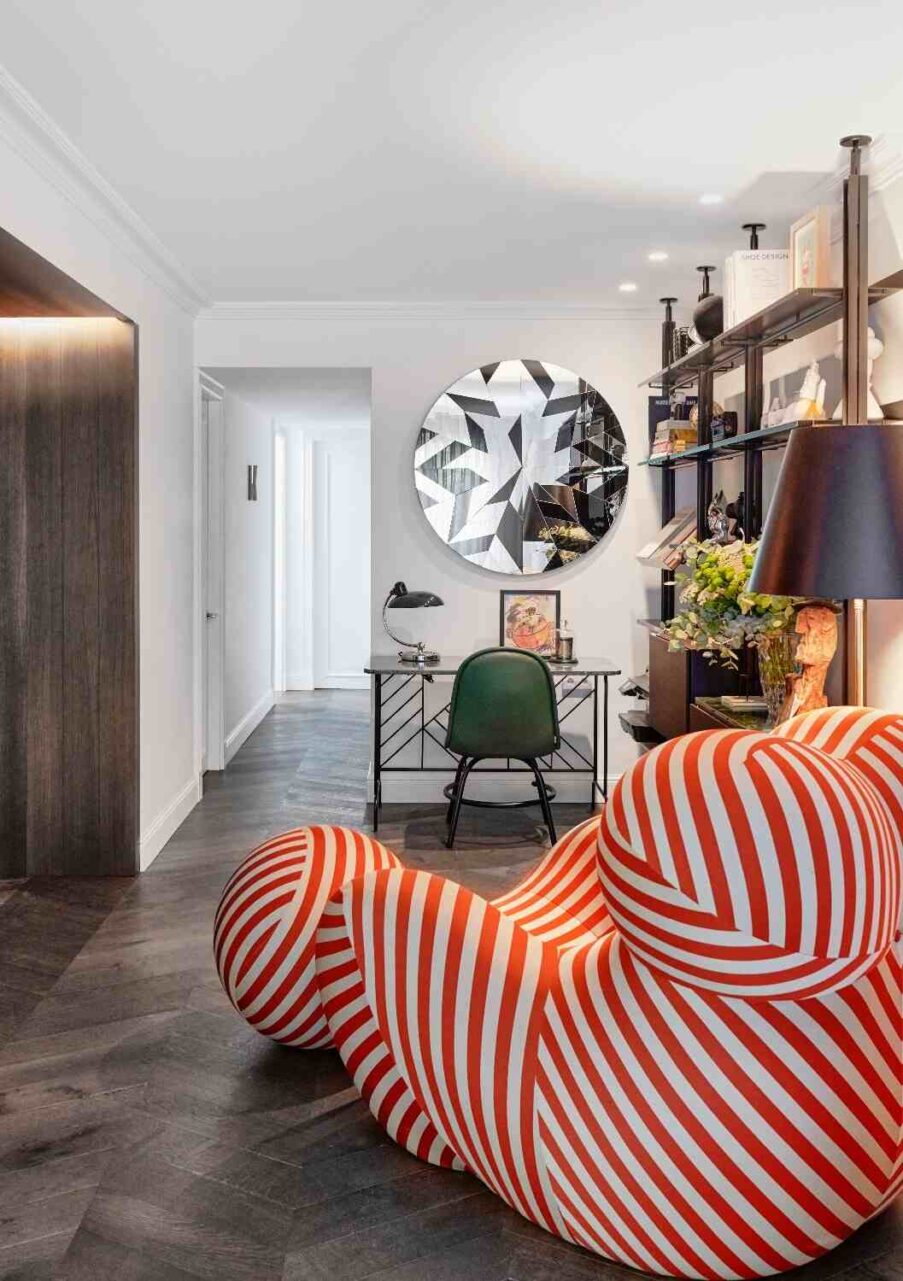 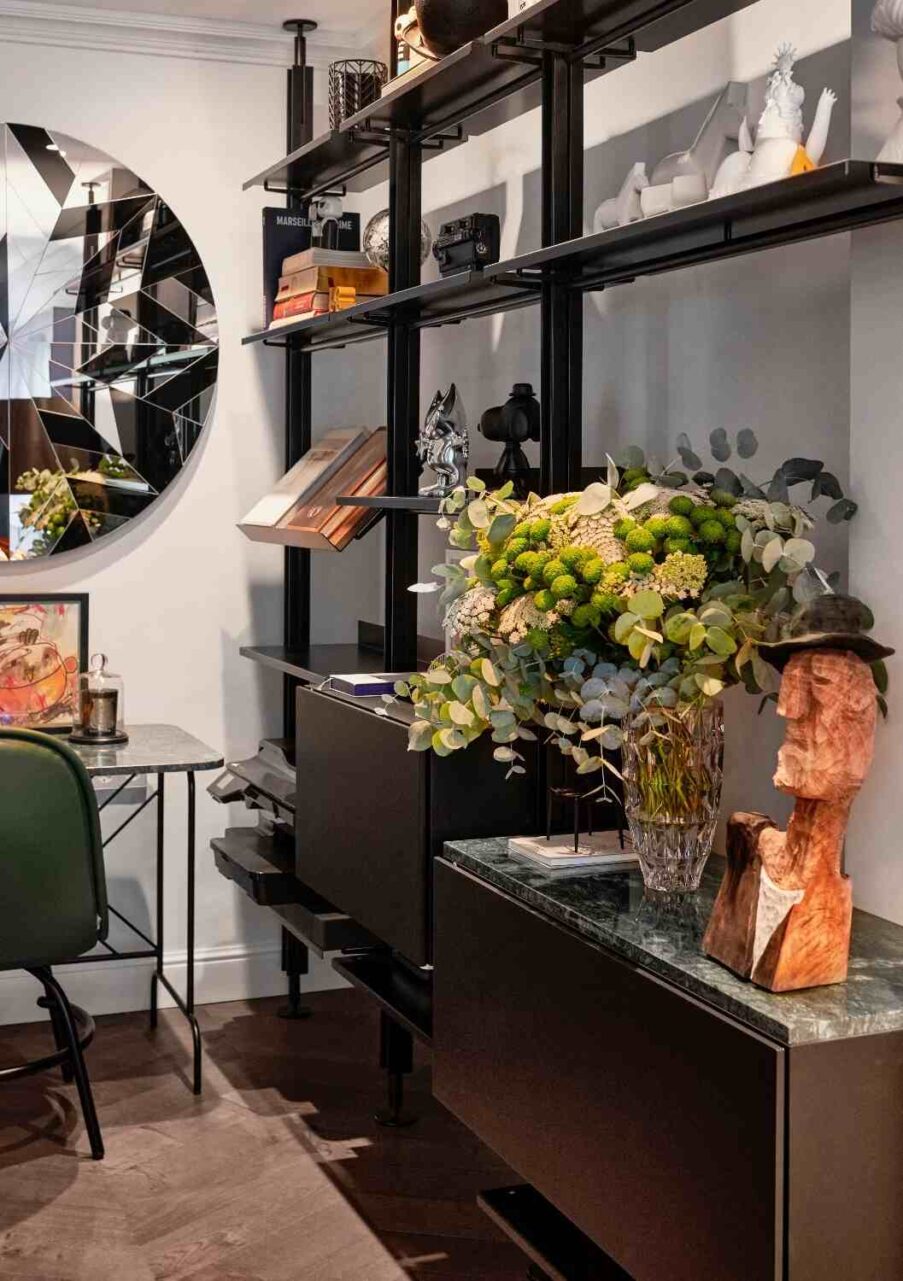 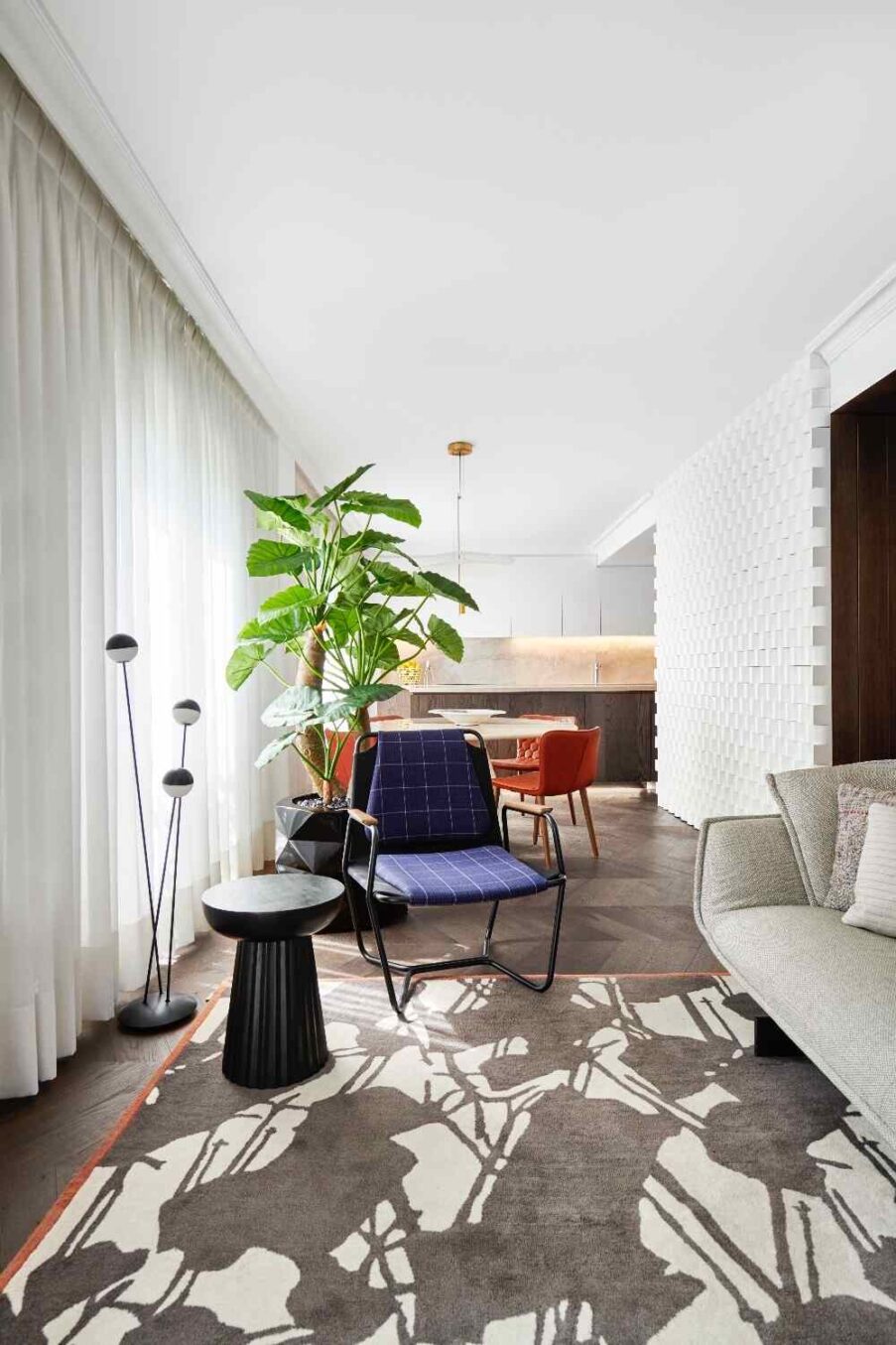 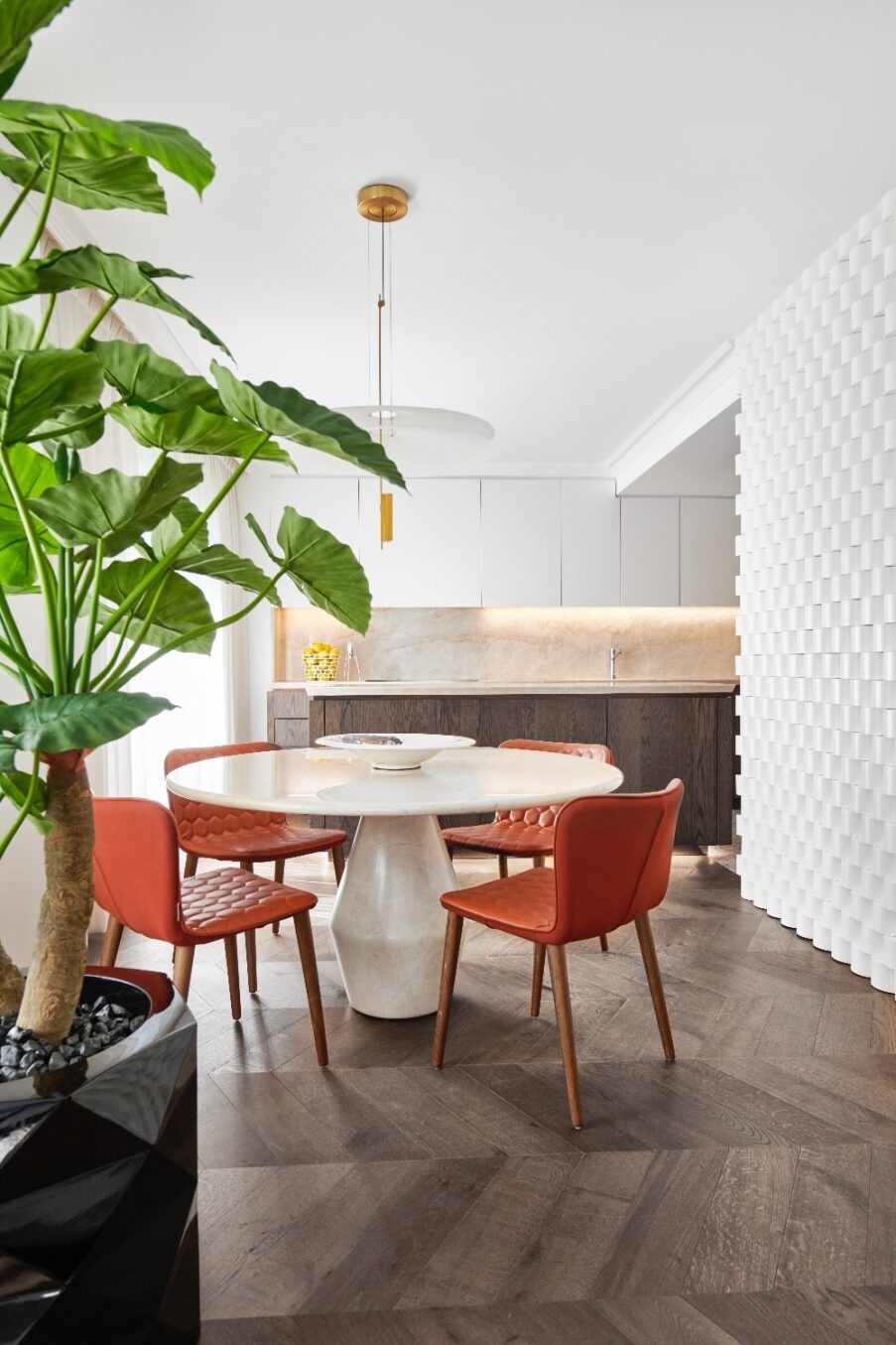 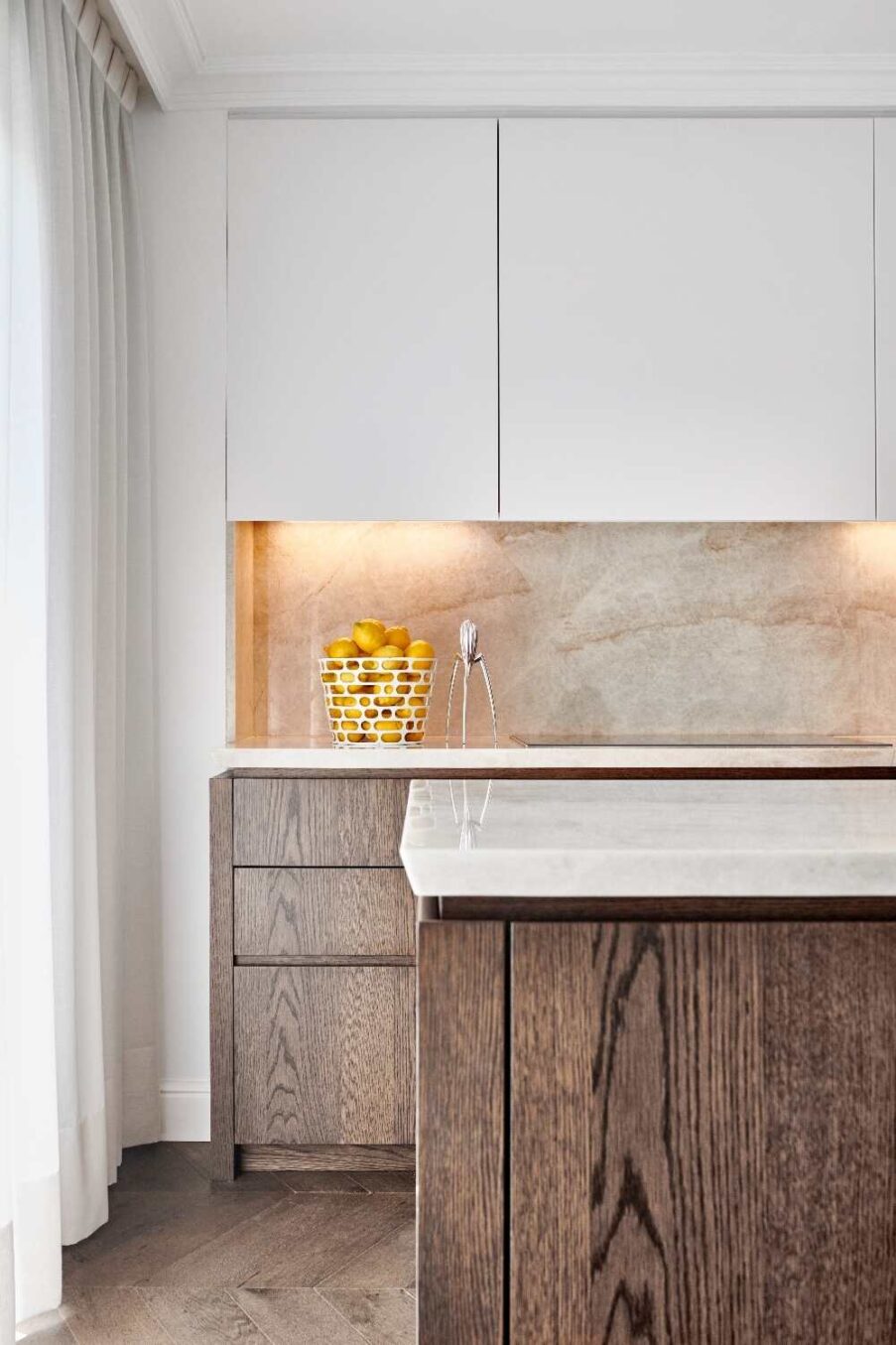 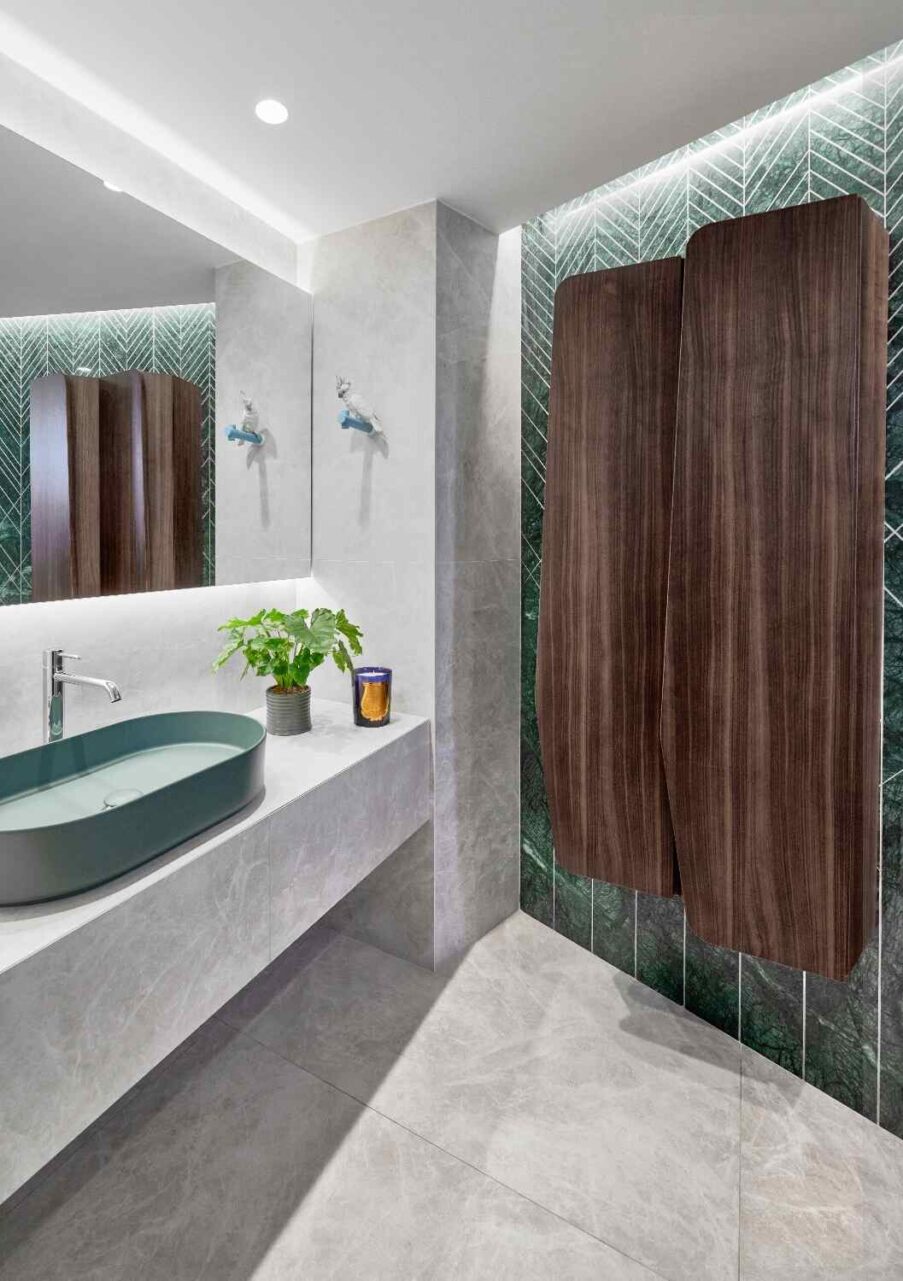