The essential according to Philippe Tabet 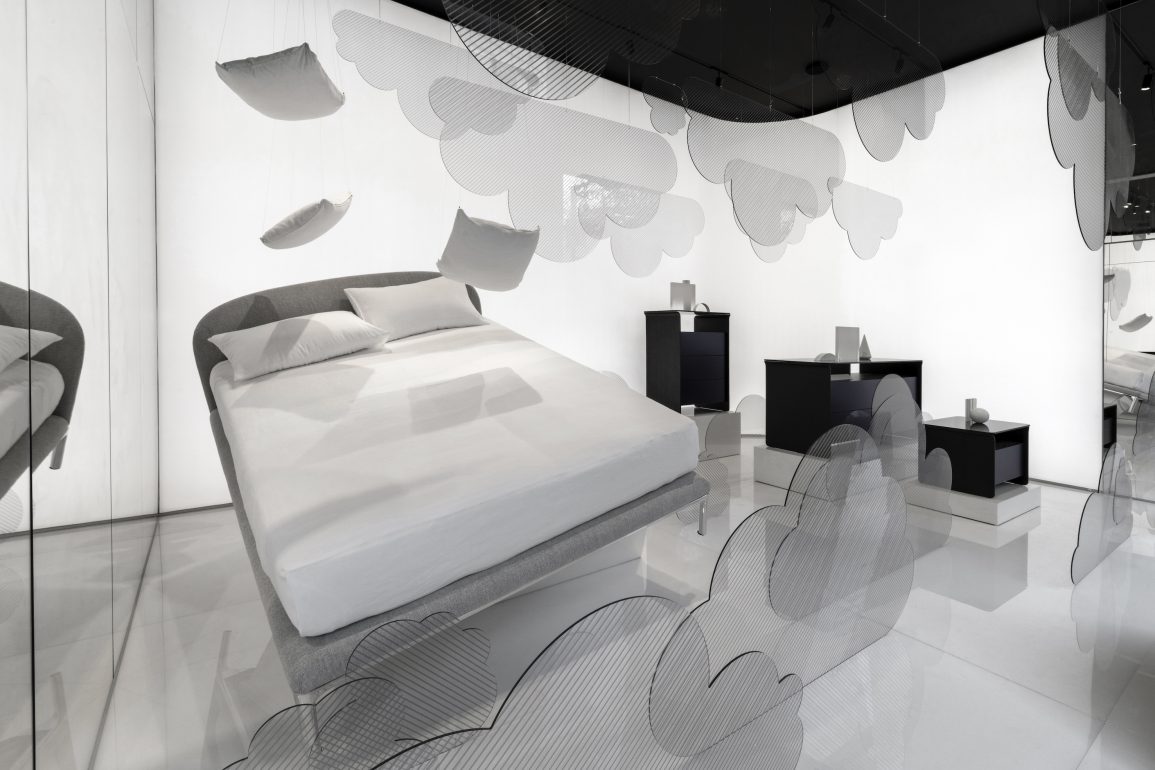 The collaboration between Philippe Tabet and Pianca is renewed. A dialogue that over time has produced examples of beautiful design – such as the Fushimi, Esse, Orchestra collections and the Inari table – following a formal and material research of essential quality.
This year the young French creative has given birth to a series of new elements that amplify the poetics and versatility of past creations: the Rada bed, the Fushimi Lounge armchair and the Nota storage units for the night area.
The new products are characterised by oriental references and fluid lines, delicate and elegant material contrasts, and a clean, essential style. “When I design, I like to remove anything that might be considered too much,” says the designer.

Discreet in its aesthetic attitude, enveloping in its lines, soft in its overall gentleness: Rada is a bed with a fluid, intimate and delicate profile. It stands out for its soft curves that are resolved in continuity in the metal feet, in a contrast of materials that is as delicate as it is natural. A metal core joins the cast aluminium base, while the headboard is gently curved backwards: an invitation to abandon oneself, to let go to its call.
“I wanted to make an upholstered bed, but a thin one,” explains Philippe. “The formal key, to accentuate this perception of lightness, is found in the angled rod that surrounds the aluminium frame. The base is reduced to a minimum and the bevelled edge contributes to the effect of thinness. My intention was to create movement, which culminates in the curvature of the headboard“.

Born from the reinterpretation of the Fushimi bed, the Fushimi Lounge armchair enhances the main aspects of its origin, starting from the section and the working techniques of the solid fine wood. Designed with simplicity, truth and measure, Fushimi Lounge is composed of a wooden structure that hides and manifests itself in symbiosis with the leather core that it accommodates with expert care.
“It echoes the formal vocabulary of the Fushimi bed. In this case the protagonist is a simple layer of fabric or leather – at your choice – which envelops the shapes of the structure. The material is reduced to a minimum, just enough to play the role of seat and back“.

“Another novelty this year is the Note night group,” says the designer. “When, during the brief, I was asked to create a night group, I was initially a bit taken aback, because in France it is not a piece of furniture that we commonly use. But then I decided to take this request as a challenge, and I tackled it by creating a piece of furniture that could also be used outside the bedroom“. Philippe continues: “I wanted to use multilayer wood for this project. When does it express its maximum identity? When it bends. And that brings us to the upper shelf, which is made of smoked glass, because I wanted the furniture to express a dialogue between inside and outside. Secondly, I chose glass because – thanks to its semi-transparency – it gives a sense of lightness, but at the same time it is the material which, in this project, has the greatest specific weight. It is as if it represented a paradox. The glass, as it rests on the plywood structure, dialogues with it, giving the impression that it is the top that curves the material underneath”.
The top of Nota, like an apparently suspended tray, expands in relation to the structure, which expands to support it, creating two gentle curves. An empty space separates the top from the drawers below, becoming both an aesthetic and functional gesture.

Rada, Fushimi Lounge and Nota thus tell stories of balance between aesthetics, sign and function. To interpret their essence, Calvi Brambilla was asked to design the dreamlike setting that presents them in the Pianca & Partners showroom.
Rada, Fushimi Lounge and Nota are also on display in Pianca’s new flagship at Green Pea – the world’s first Green Retail Park dedicated to sustainability, in Turin, which opened last December.
For more information, visit www.pianca.com. 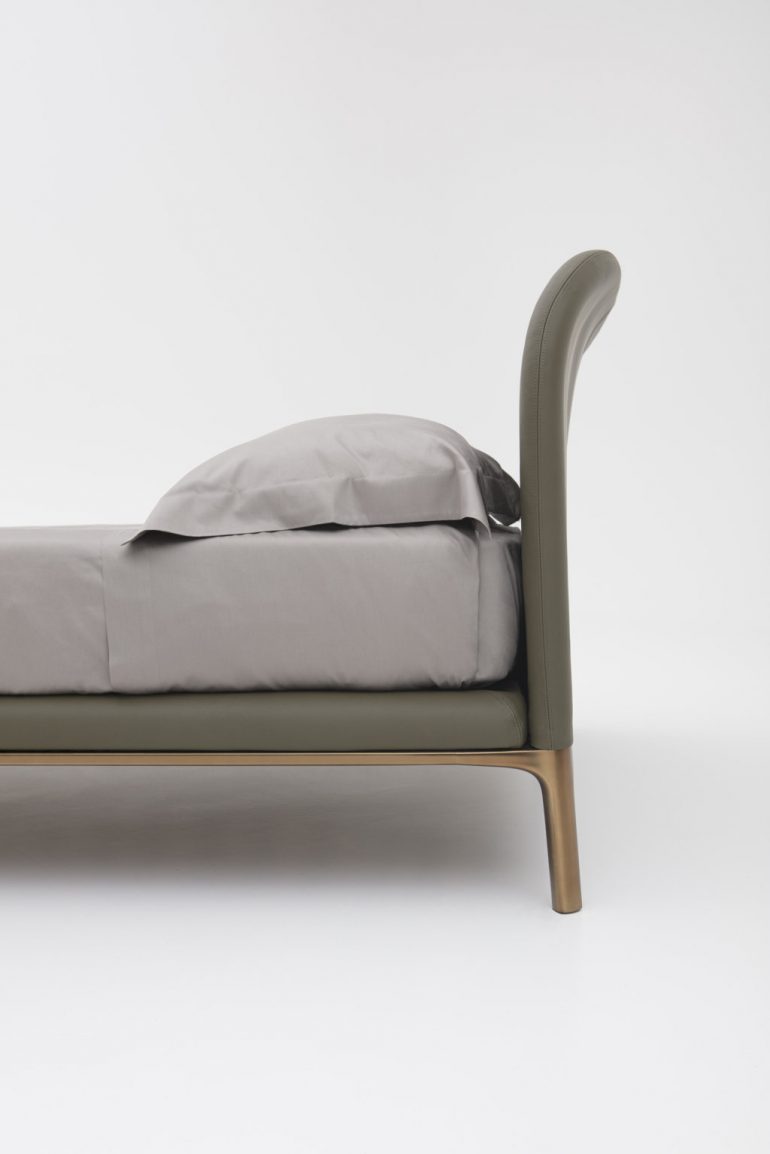 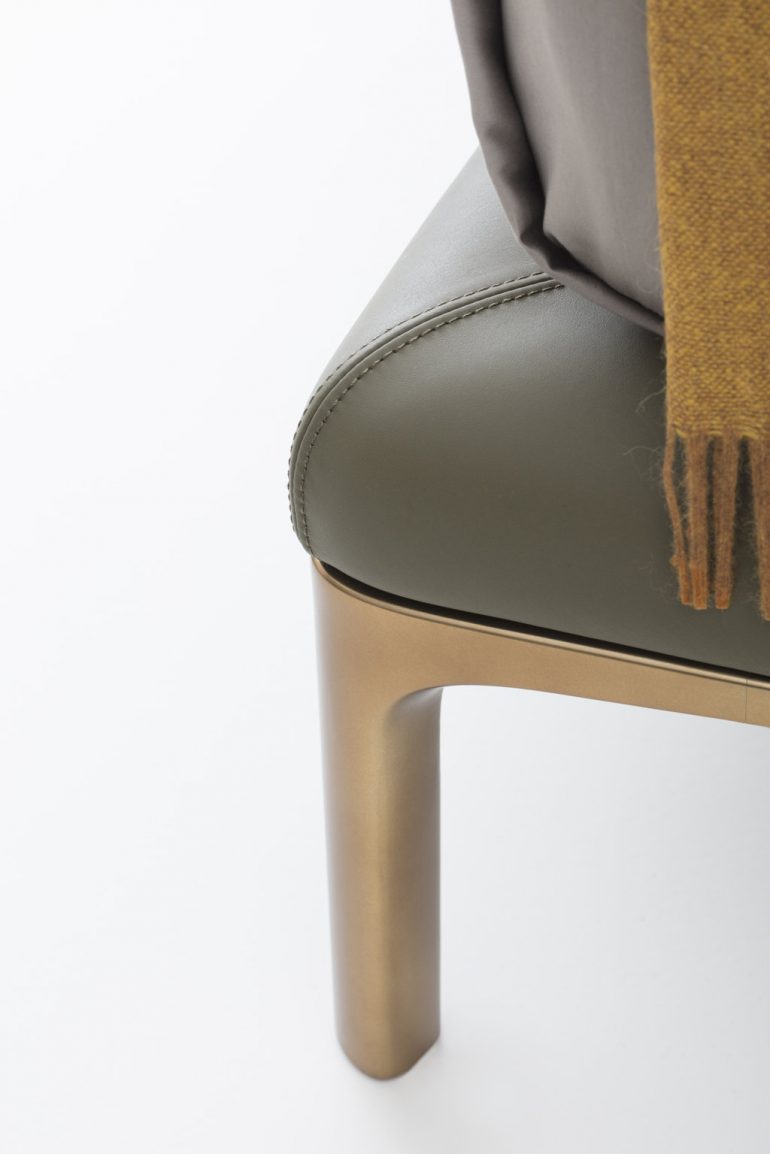 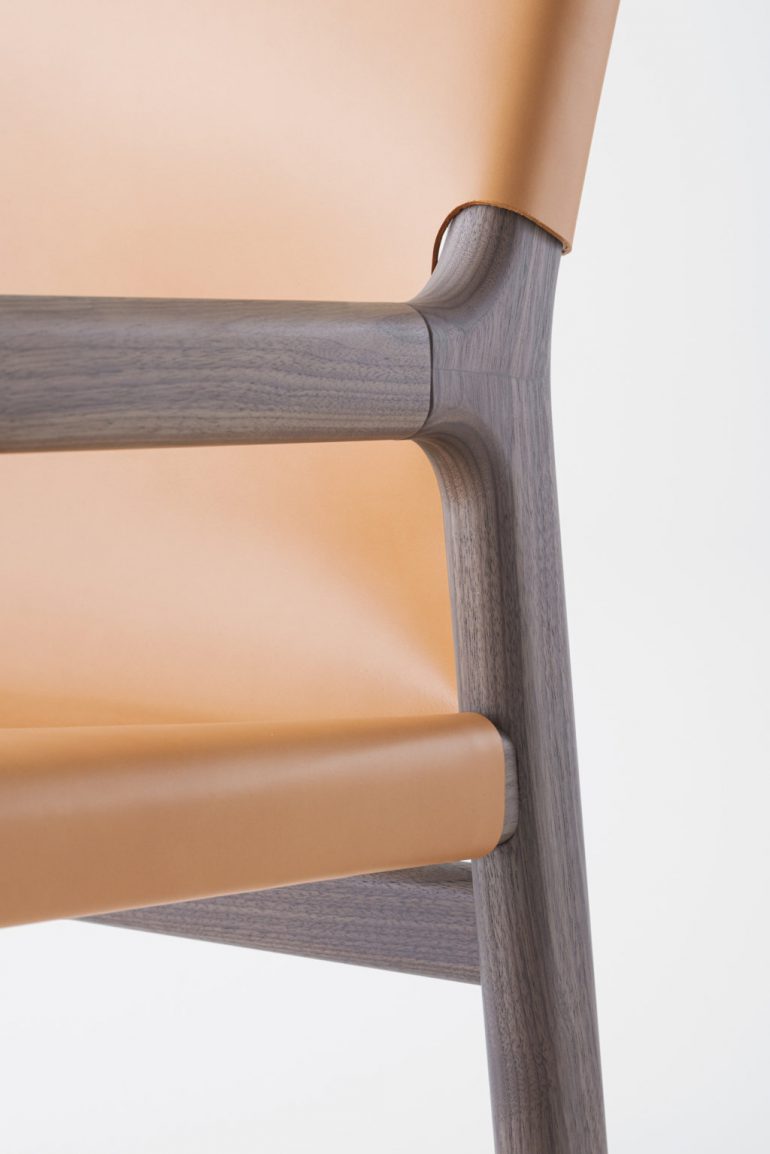 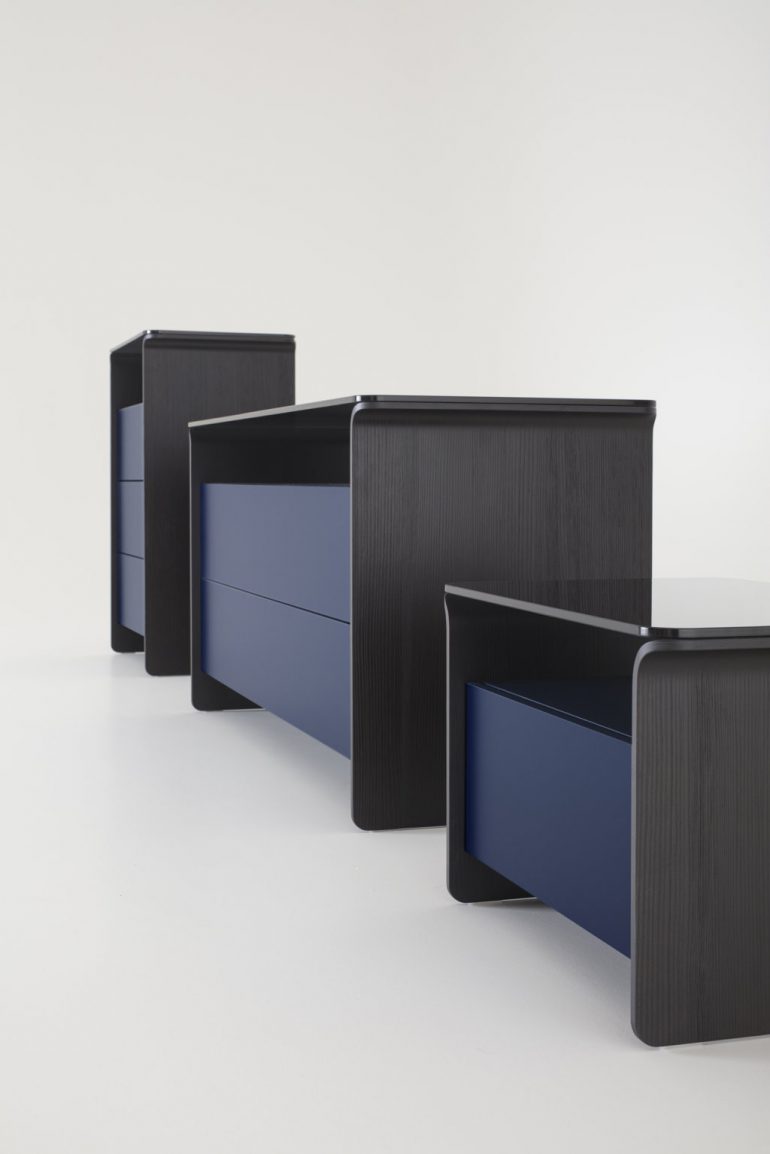 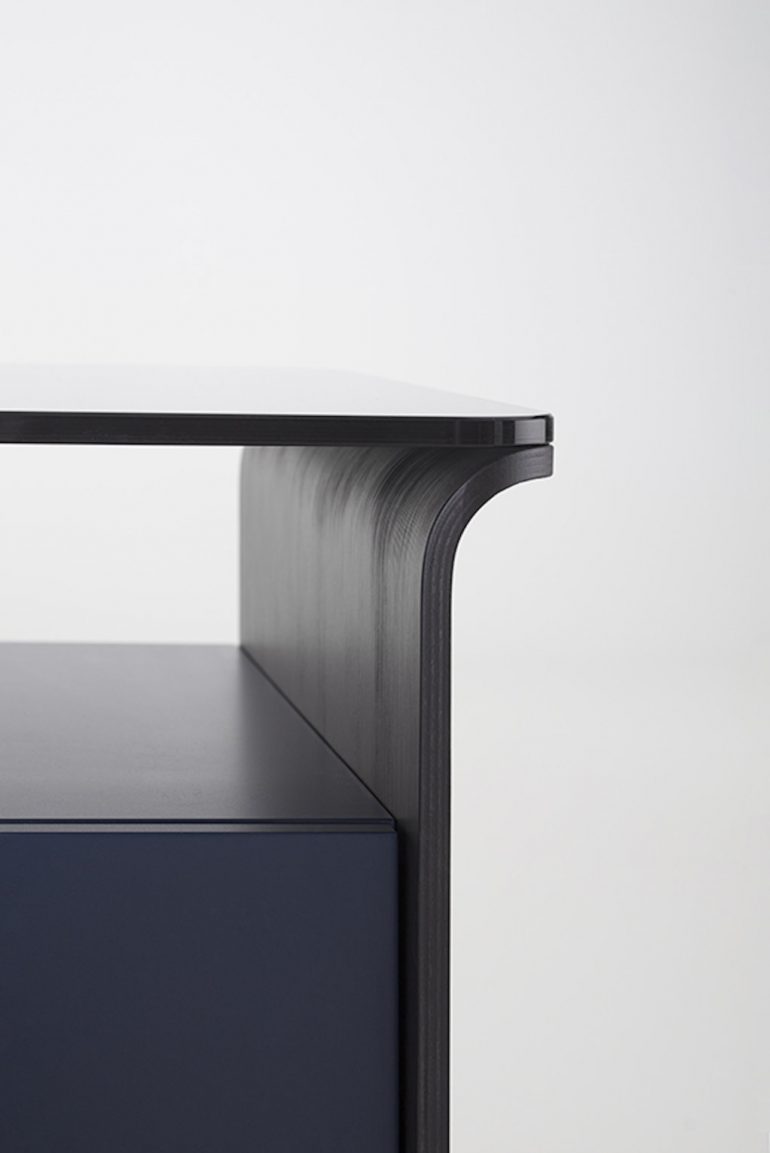