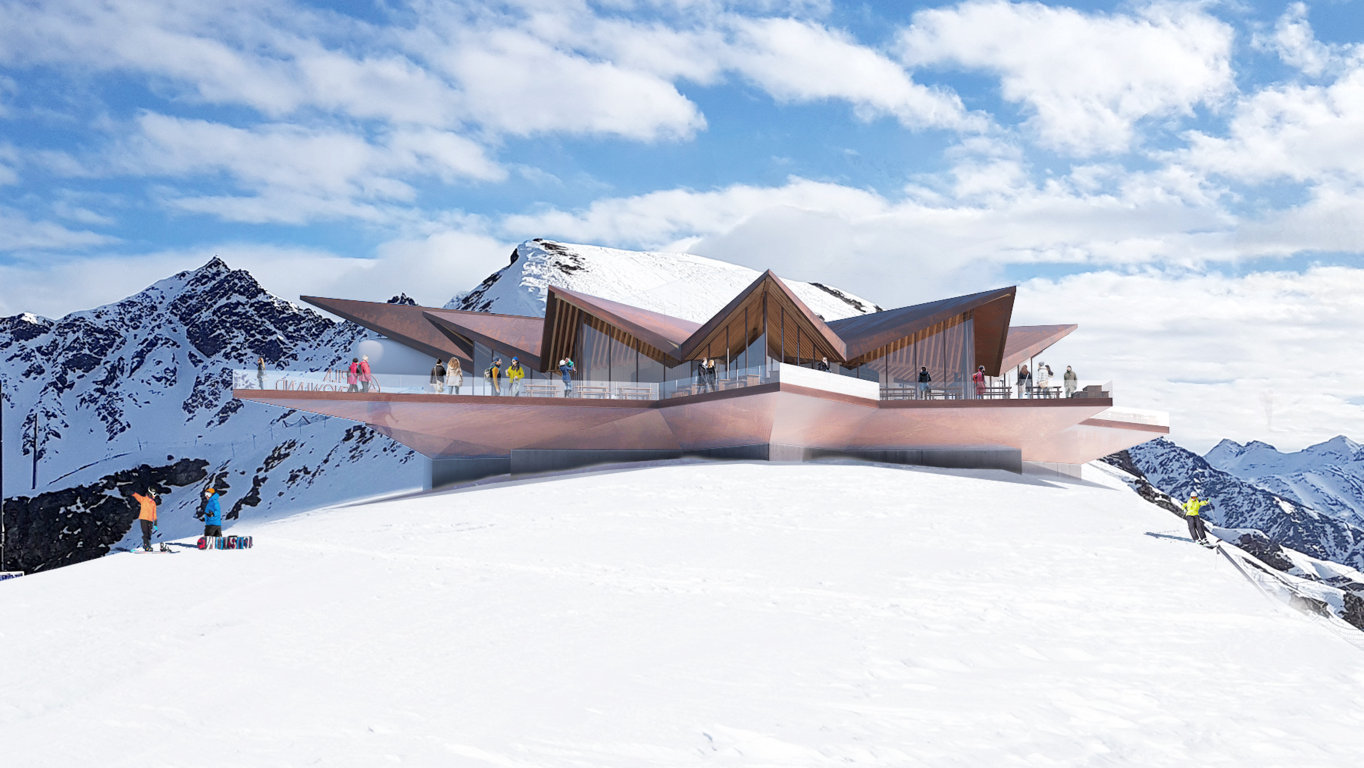 Studio DeCarloGualla won the design competition organised by Pila Spa for the renovation of the ski lifts and the transformation and improvement of the entire Pila ski resort.
The project is not limited to the design of the cableway, but also includes the construction of a refreshment area with a panoramic terrace at the top station and the renovation of the bottom station, with the aim of creating a new centrality in the area.

The work was necessary to replace two lifts, La Liaison and Couis1, and a conveyor belt, but above all to set in motion a process of innovation to make the ski area increasingly competitive, both in summer and winter.
Thanks to its construction, skiers will be able to spend 30% more of their time on the slopes and, for those who want to experience the mountains in total relaxation, will be able to enjoy a unique panorama. Bikers, in the summer period, will enjoy a larger area and trekking lovers will benefit from a refuge equipped with all comforts.
This is the first step in a new vision of the board of directors of Pila S.p.A., which in the years to come will see the relaunch of its ski area and related activities.

The theme of the competition was to design the valley and mountain stations of the New Pila-Couis Cable Car.
The valley context will see the birth of the new station, a sort of secular cathedral designed by the tensions of the dynamic flows it will have to manage. There are essentially three flows in play: a round-trip exchange between the Aosta-Pila gondola and the new Pila-Couis gondola, described by a very long canopy that clings to the structure of the existing station and accompanies tourists as far as the new station; an “approach” flow represented by the car terminal that introduces skiers directly into the ski area; the third flow is that of the recirculation of skiers on the Pila-Couis stretch.

An articulated enclosure first welcomes users and leads them to the ticket offices, the equipment storage room and the information point, then accompanies them up the vertical rise, which they can do by choosing between a wide staircase, a spacious lift or a comfortable ramp, which climbs up close to the existing station building. All the lift systems lead to a sort of covered square, overlooked by the public functions of the operating block on the upper level: the two ski schools and the information point.

Lightness, transparency, dynamic representation of flows, acceptance of the horizontal tensions present in the landscape and constructive simplicity: these are the concepts that DeCarloGualla‘s project proposes to represent in the valley station.

The boundary conditions upstream are completely different. Here we find ourselves in one of the most spectacular spots in the Aosta Valley, right in the middle between the Gran Paradiso, the Mont Blanc chain, the Rutor Glacier and the Grand Combin. The panorama is breathtaking. The mountain station, which lands on the “Plata di Grevon”, is represented by an inverted double funnel, which looks at Pila on one side and Cogne on the other. The bar-restaurant rests on this “fold” and fans out, covering the entire view from Gran Paradiso to Cervino.

For this project, the studio thought of an edelweiss growing on the Grevon Platform, or a “wind rose”, with each petal facing a specific direction. The five petals of the bar-restaurant face the highest and most spectacular peaks in the Aosta Valley: Gran Paradiso, Grande Rousse, the Rutor Glacier, Mont Blanc and Grand Combin. Another petal challenges the difference in height and stretches out towards the void in a northerly direction; it is a breathtaking viewpoint and from its end the panorama is complete, with a view as far as the Cervino.
For more information, visit www.decarlogualla.com. 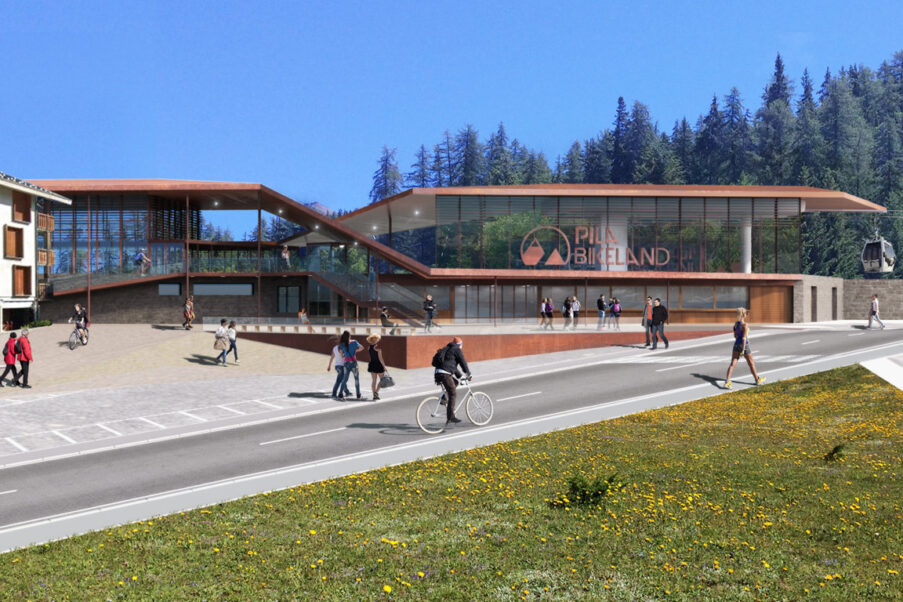 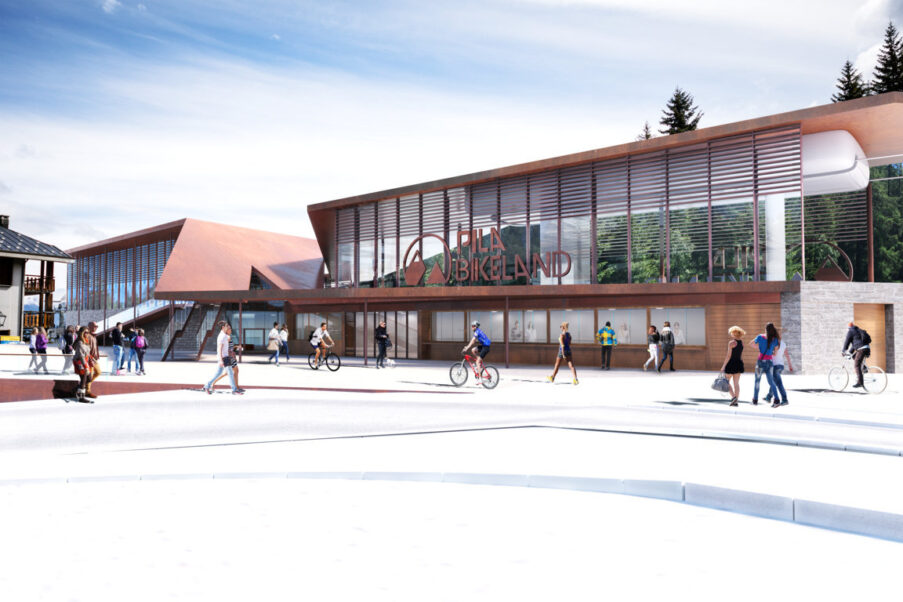 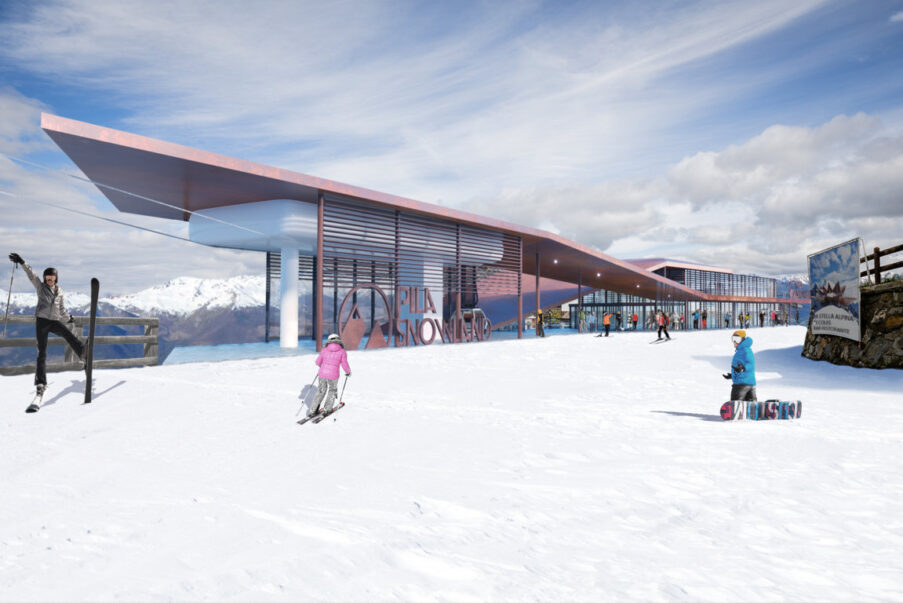 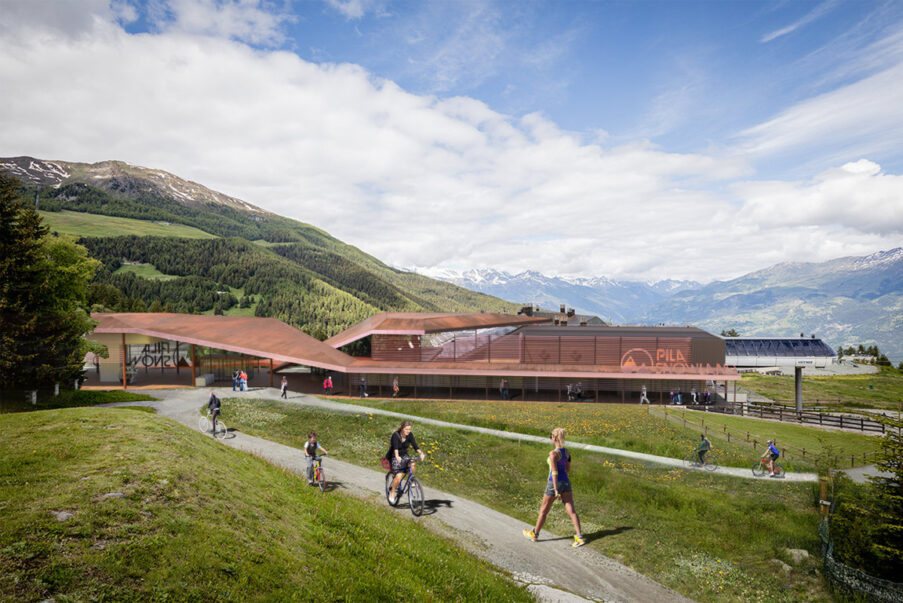 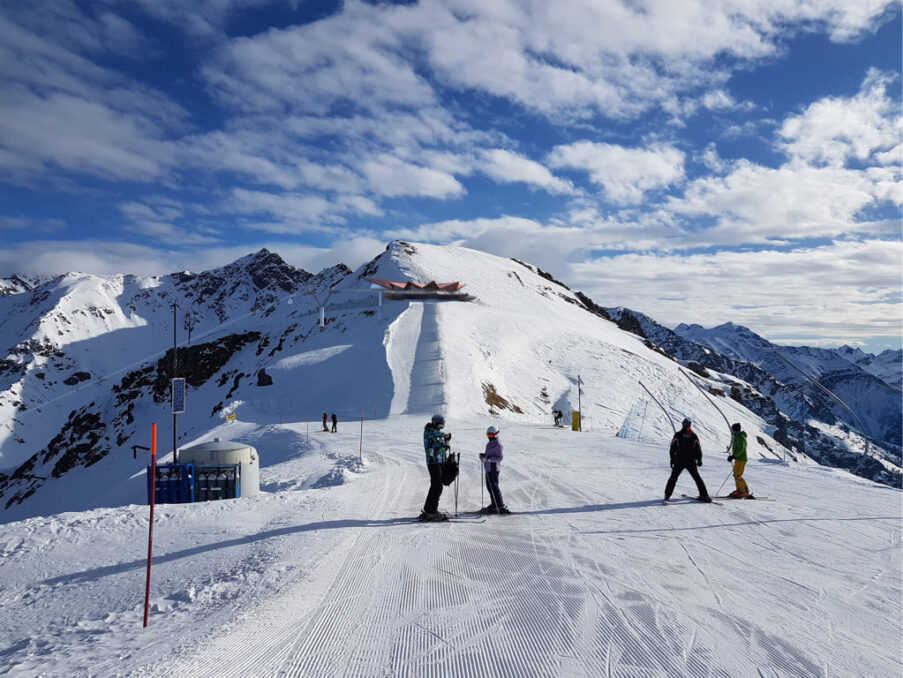 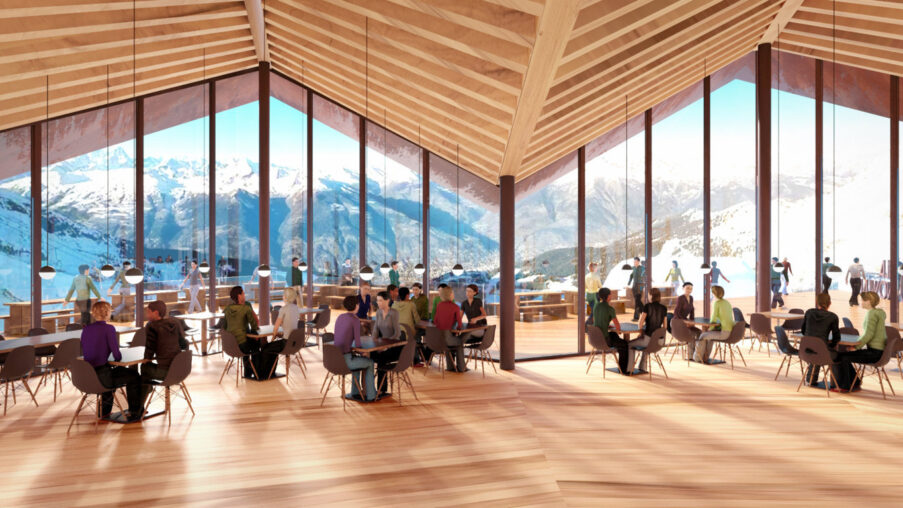 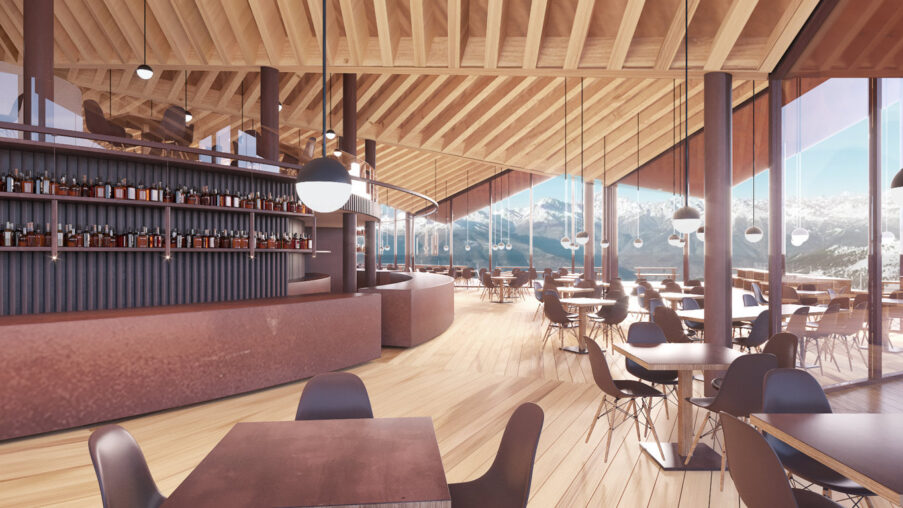