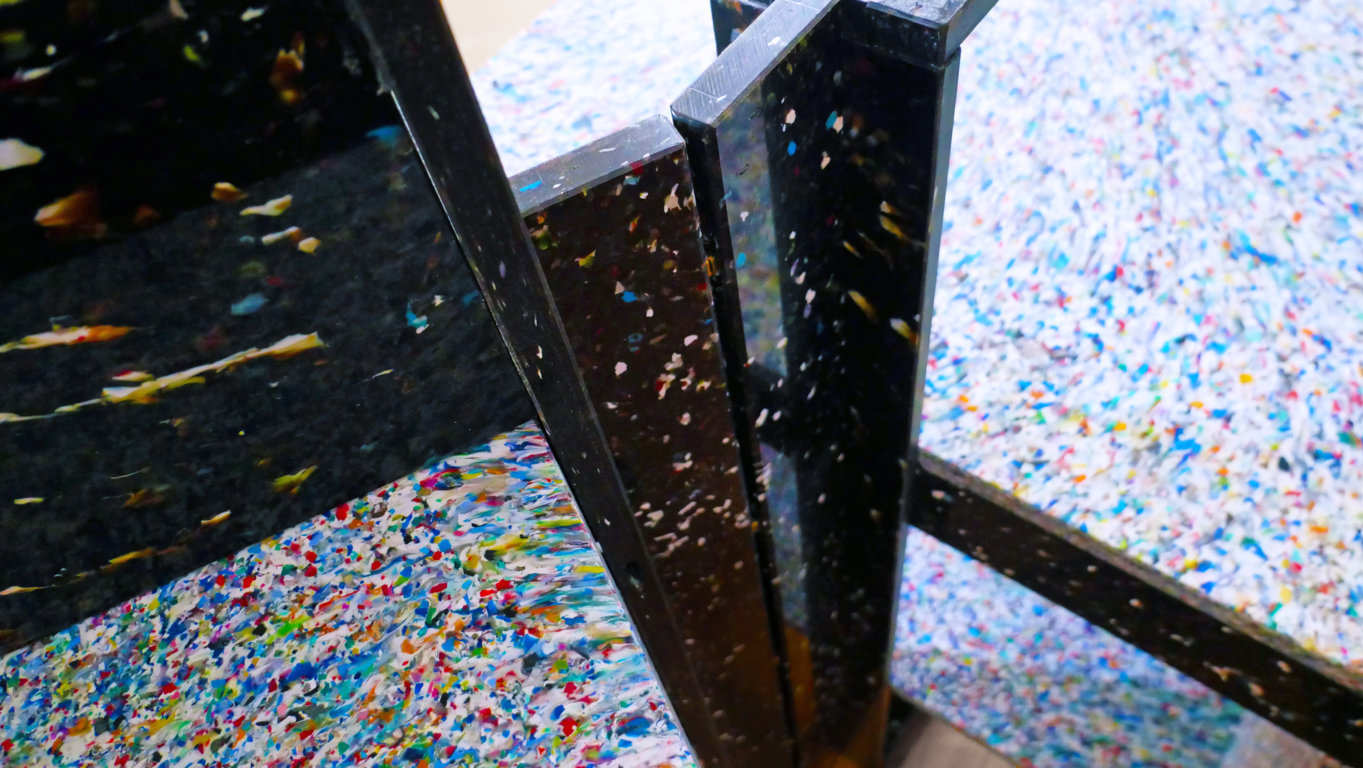 Bencore presents “Table de Pierre,” a table-coiffeuse made of Wasbottle material conceived and designed by Architect Italo Rota. From the project developed by Bencore with Autogrill, the first operator in the world in catering services for travelers, a new key material within the idea of circular economy is born: Wasbottle, in fact, is obtained from recycled and recyclable plastic flakes in PETG and HDPE and, for this reason, it’s totally sustainable. The internationally renowned architect Italo Rota, in collaboration with the designer Francesca Grassi of Studio Italo Rota & Partners, has reinterpreted Wasbottle, in its variants Paint and Magma, creating the Table-Coiffeuse “Table de Pierre”, which was presented at Fuorisalone 2022 for the first time and consists of a top/desk, a cabinet with a mirror and a table top.

Each of us uses an average of 170 plastic bottles per year. To make this table about 5280 bottles were recycled and, in doing so, it was given a new life to the plastic consumed in about a third of the average life of a person” – comments Italo Rota.

The collaboration between Bencore and Arch. Rota was born because his work as an architect and designer is perfectly aligned with the company’s values and focuses on a constant and advanced cross-disciplinary research, from contemporary art to robotics, for the definition of innovative projects where humanistic beauty and sustainability become integrated and disruptive elements.

In this sense, “Table de Pierre” is a unique project of its kind not only because it does not contain pastes or glues, but also because it represents the first real application of Wasbottle to demonstrate the totally innovative character of this new material. The goal was therefore to create a product on one side entirely “artisanal”, assembled manually to preserve its sustainable soul linked to the concept of Made-in-Italy, while on the other also completely disruptive to demonstrate the detailed study and analytical research at the base of its creation.

The concept behind the creation of “Table de Pierre” has a triple interpretation: 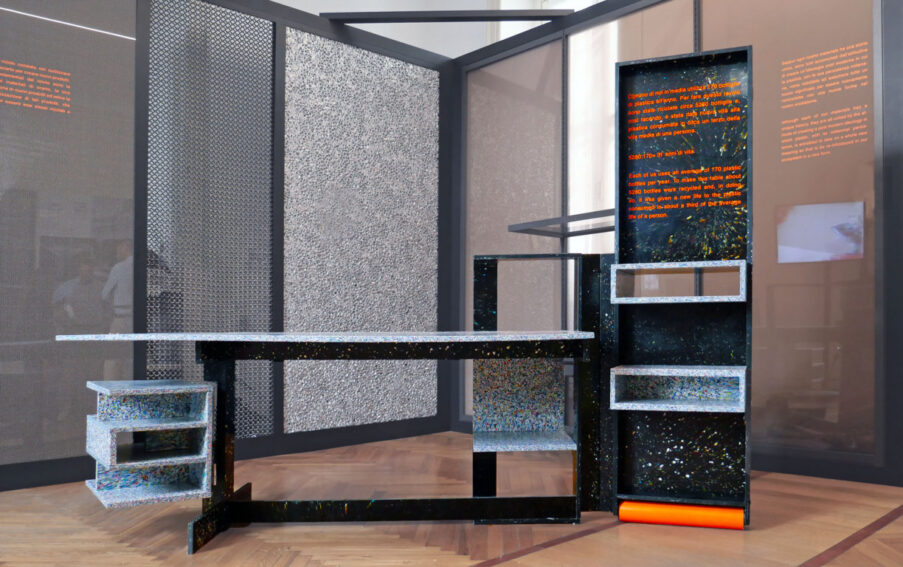 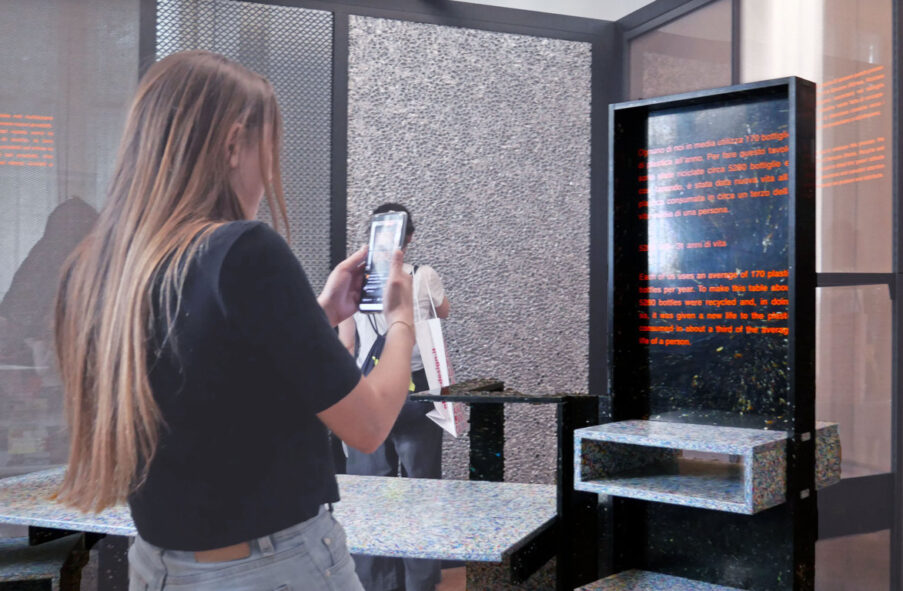 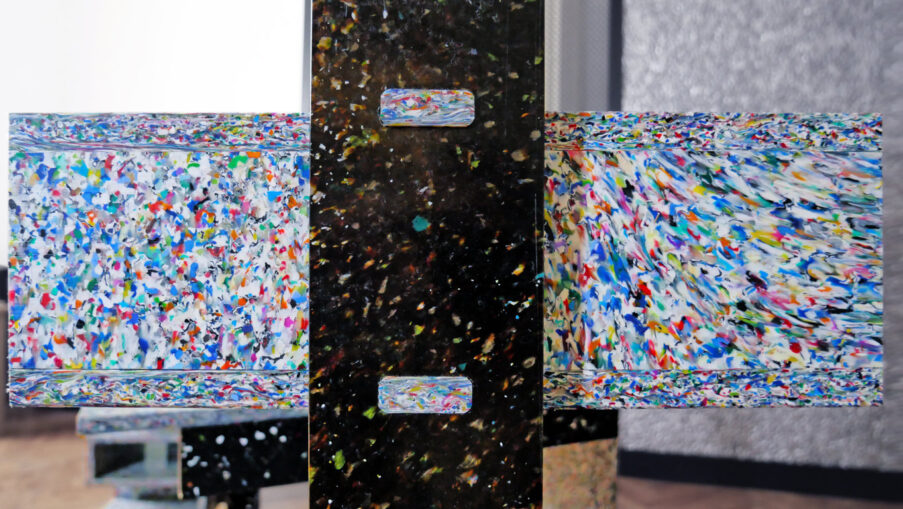 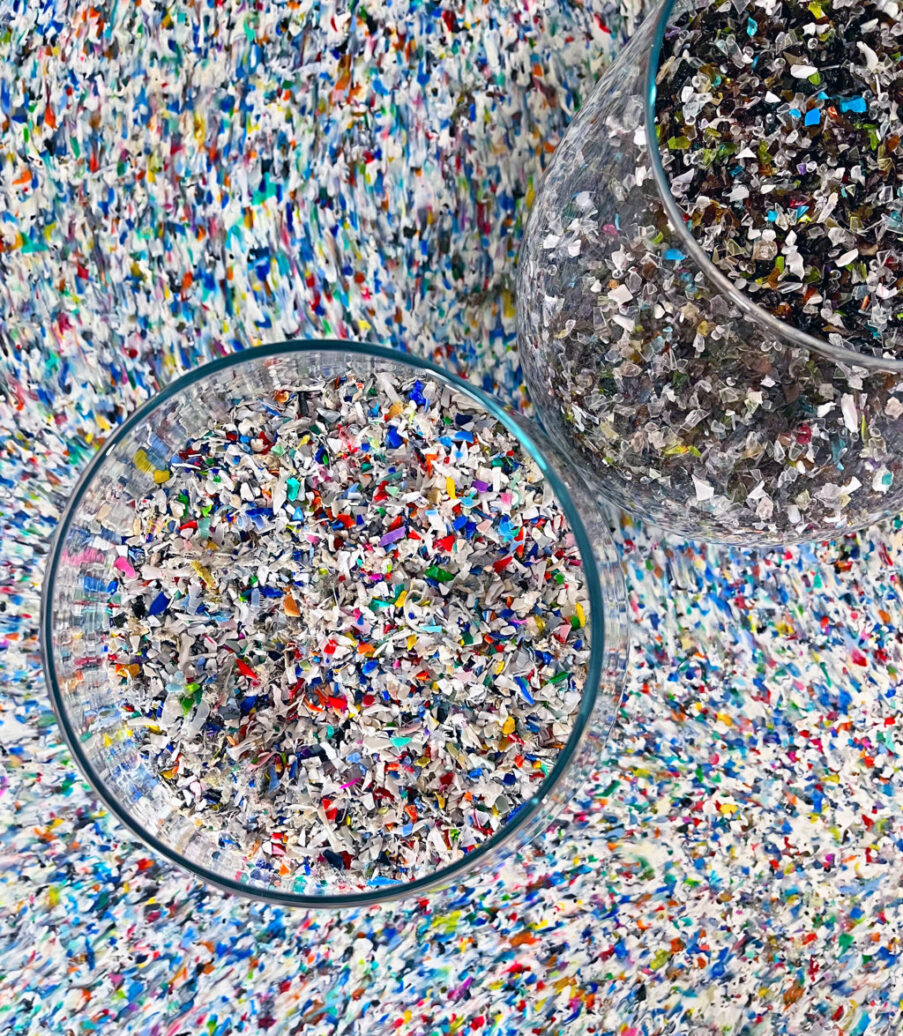 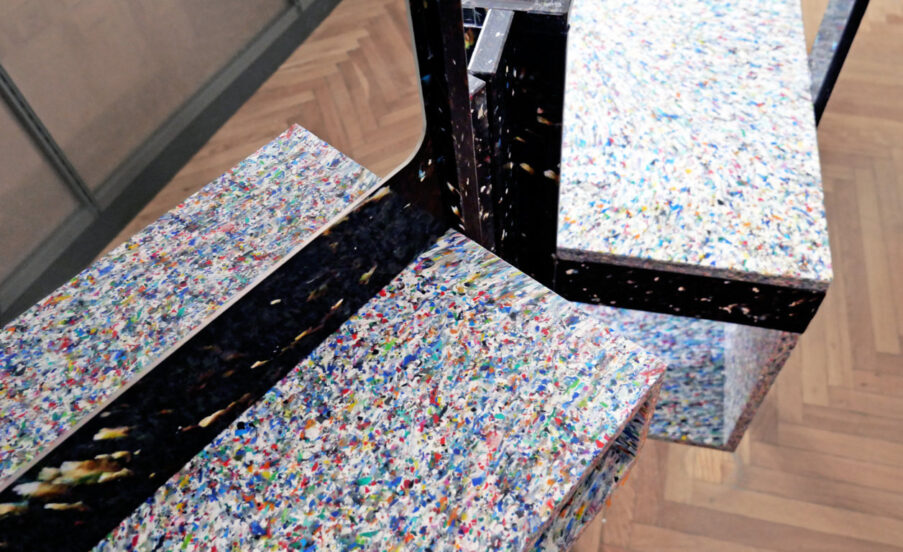