To provide the best possible service, we use cookies on this site. Continuing the navigation you consent to use them. Read more.
PROJECTS
·10 November 2021 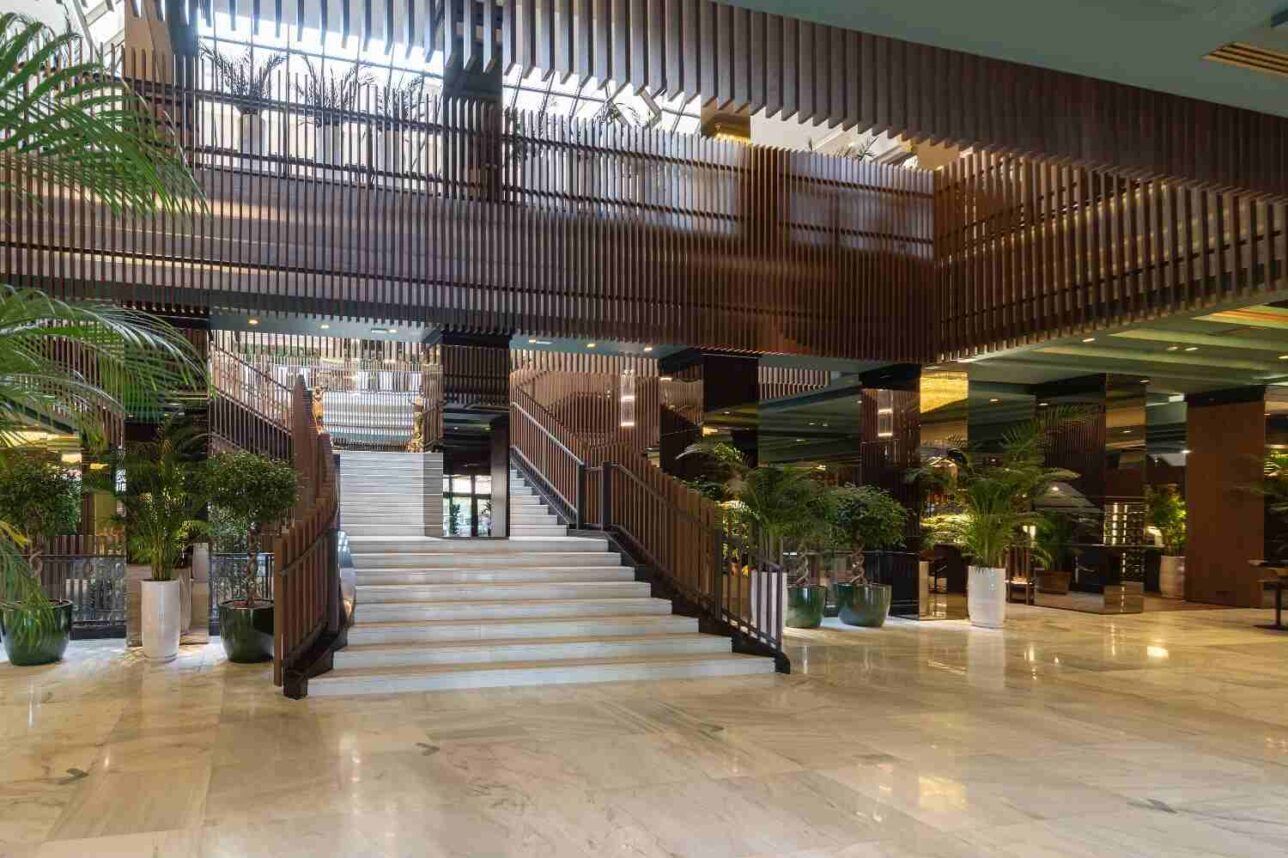 Milan, Via Massaccio, the historic hotel Meliá Milano presents itself after the restyling by Alvaro Sans and Vittorio Grassi Architects with a new smart and sustainable identity in line with the needs of a cosmopolitan clientele. A concept inspired by Le Corbusier, when in 1925 he presented his revolutionary approach based on the elimination of clutter walls, replacing them with agile and elegant pillars in the name of a new concept of an empty but open space. As architect Sans explains, the work was based on the industrial nature of the building trying to make the spaces more functional and consequently each area of the hotel is made with elements that separate the space without walls.

Lush gardens around which the environments are presented in a harmonious way in antithesis with the minimalist furnishings, creating an eclectic and stylistically opposite environment that as a whole is organic and cohesive. A gigantic Ficus stands in the central courtyard acting as a majestic green lintel of the completely renovated plant; for Sans and Vittorio Grassi Architects, green is in fact the emblematic color of Milan, the Italian capital of design, where the most modern buildings are surprisingly embellished with lush botanical decorations.Safety, innovation and sustainability come together to create a unique workflow that has led the collaboration between Sans and Vittorio Grassi Architects to an architectural work representative of contemporary and future Milan.

Inspired by another master of design, Sans explains the influence Gio Ponti had on the lighting, large skylights and sumptuous crystal chandeliers that echo the theme of lightness. From the lobby, the space leads to Mamì Restaurant, Milan’s new eclectic gastronomic address, dedicated to the most authentic Italian tradition, harmoniously combined with the most contemporary recipes. This important investment in Meliá Milano manifests the international hotel group’s desire to adhere to the desire for recovery that permeates the Lombardy city and its constant changes, combining tradition with the new needs of co-working, aggregation and leisure. 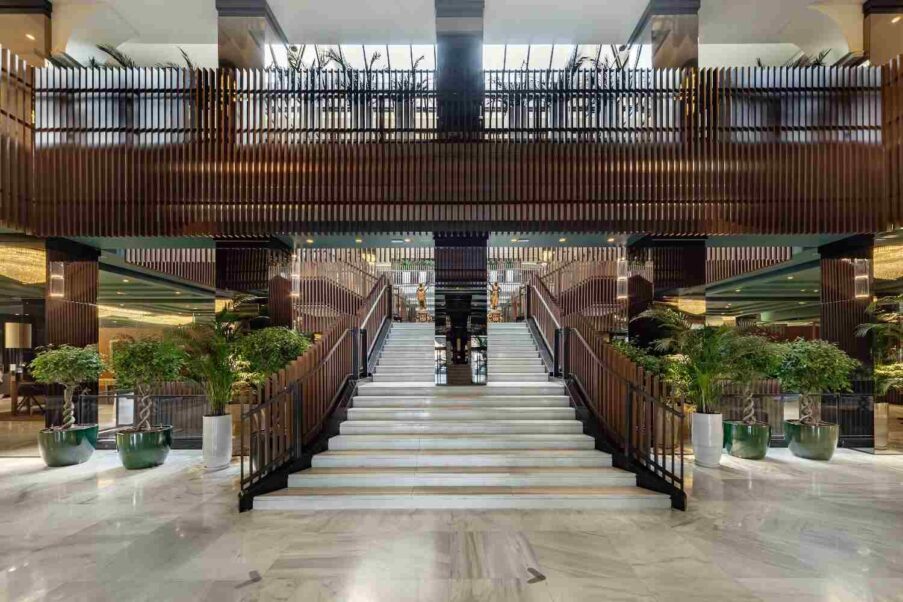 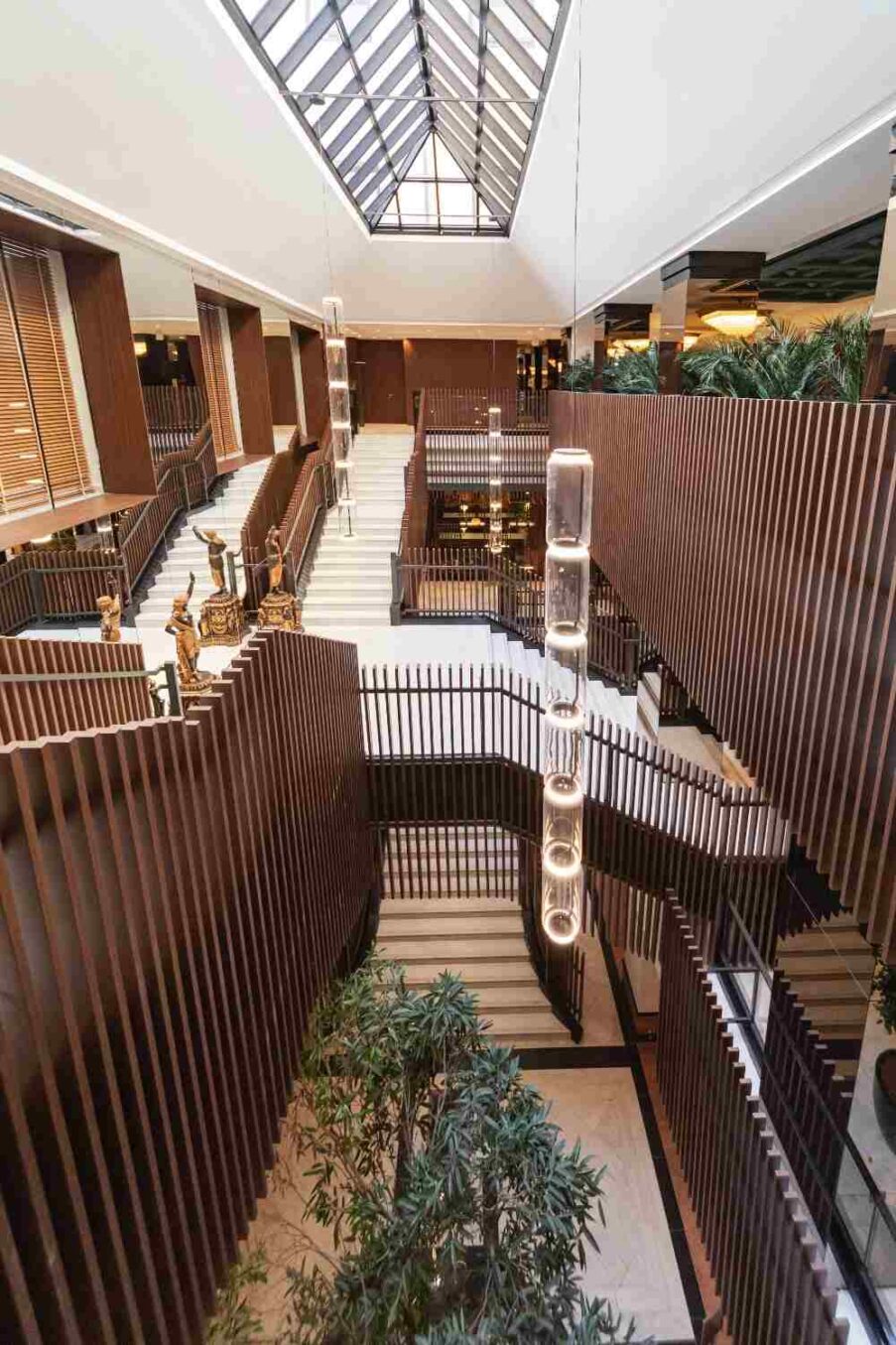 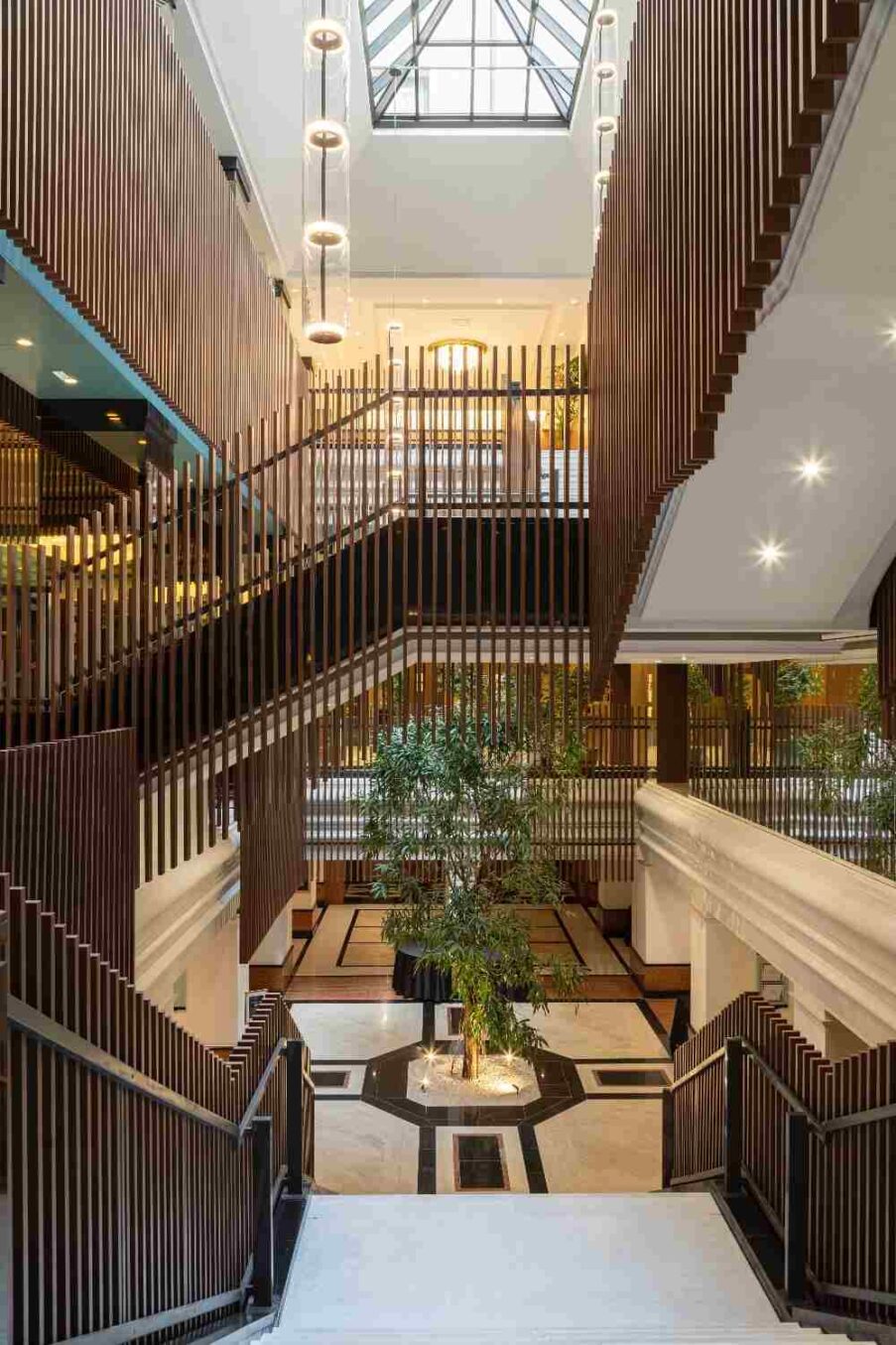 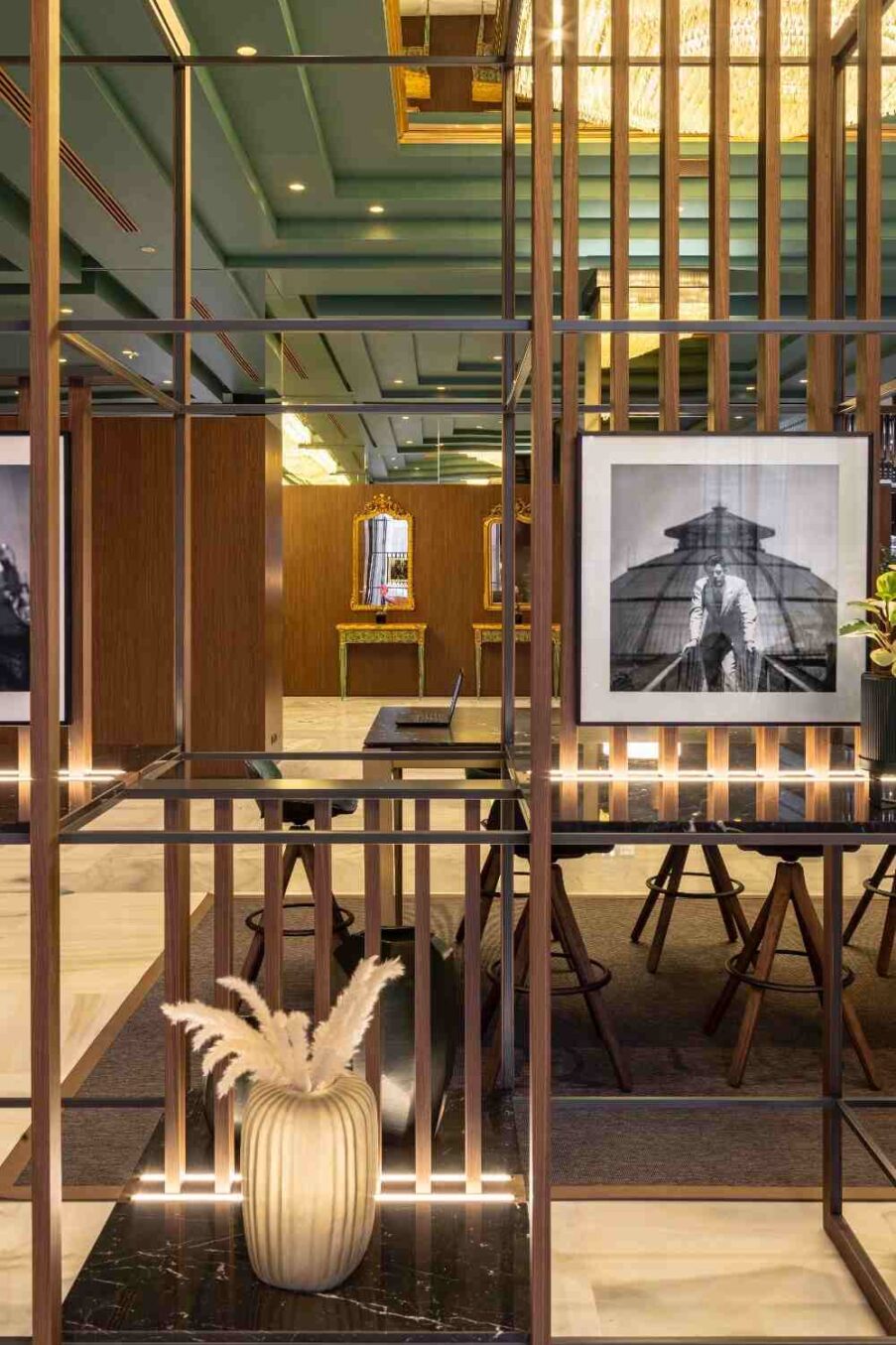 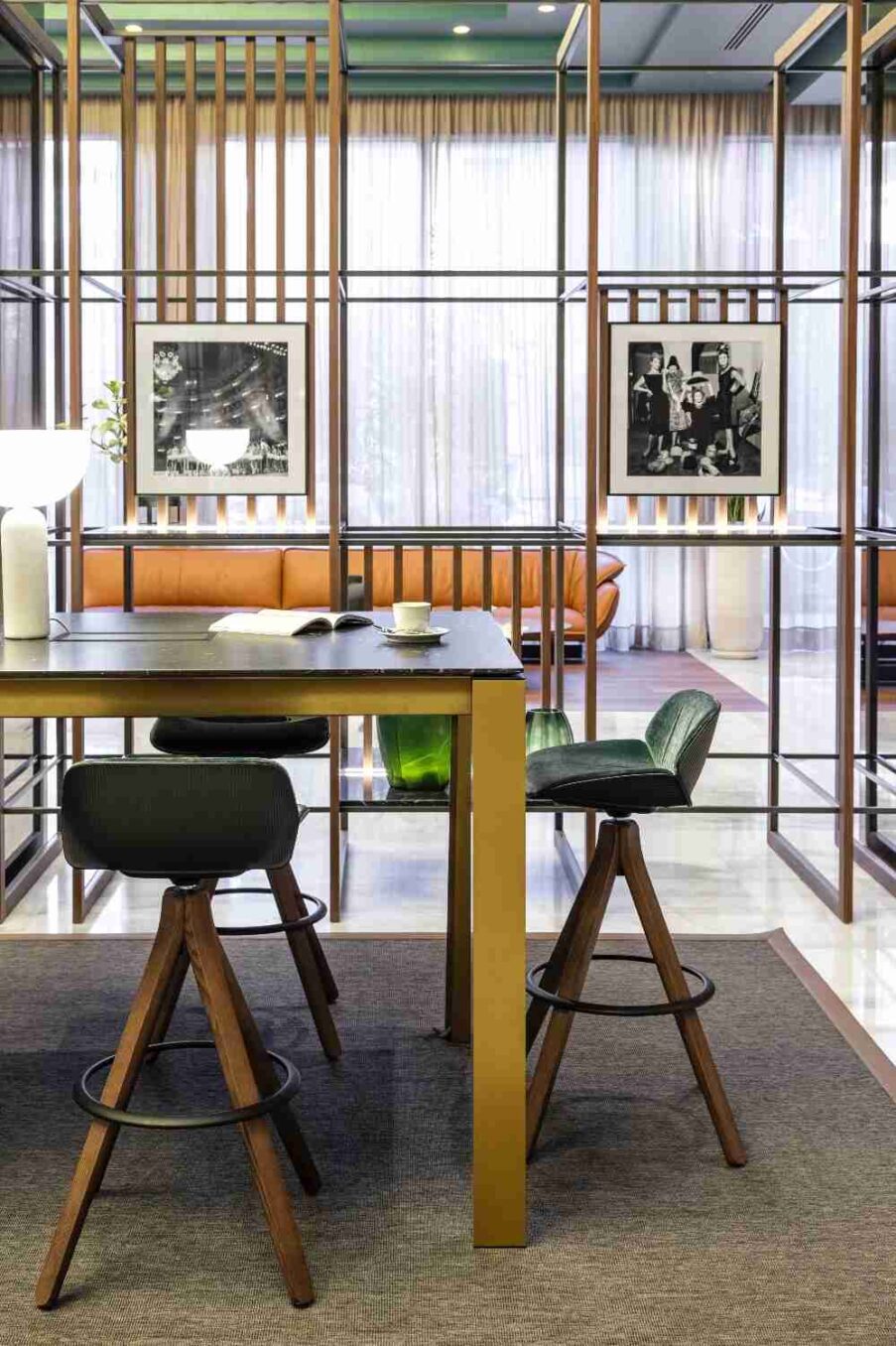 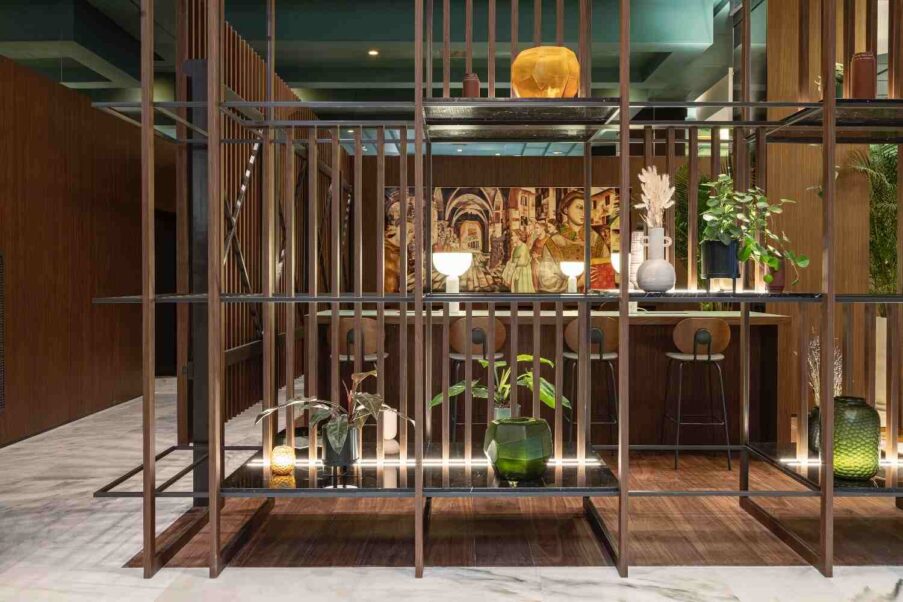