On Tuesday 3rd May, at the ADI Design Museum, a special event will take place, organised by the magazine PLATFORM architecture and design, dedicated to the great architect and photographer Roberto Gabetti.
Sisto Giriodi – pupil, assistant and then colleague of Gabetti – will talk with Prof. Luca Molinari about the figure of the master and will focus on the book “Roberto Gabetti: architect and photographer“, written by Giriodi himself and published by Il Quadrante publishing house.

The twentieth anniversary of Roberto Gabetti’s death in 2020 gave impetus to a project that had remained unfinished until then: that of studying and making known the photographs he had taken for twenty years. The book was thus born out of the need to follow the studio’s activities, from competitions to projects, but also and above all his interests as a scholar of Italian architecture between the 19th and 20th centuries, chasing recurring features in the architecture of small and large towns at the turn of the century: Antonelli’s work in his towns, and the journey through upper Italy.

Gabetti began taking photographs in 1946, while still a student, and continued with alternating fortunes: thousands of shots were forgotten in a chest of drawers in his studio, which his son took care of archiving, making them available twenty years after his death. Sisto Giriodi then edited the publication of his writings and recovered the photographs taken by Gabetti from 1946 to 1967, which had remained hidden in his archive.

The first roll of film is dedicated to the models he built for the ornamental plastic exam. So many shots, the result of a precocious suspension of judgement: he still doesn’t know what he wants, he will discover it following the lesson learnt from the philosopher Pareyson in the same years.
Gabetti spent five years without photographing and when he picked up the Leica again he made a test roll: here too he explored, looked around, interested in themes that were not those of the masters, of the avant-garde, but personal, anthropological themes: how people move around the city, on the river.

Gabetti picks up the Leica again on the occasion of his travels as an architect: in Pisa, in Florence, in Rome, with images again born from personal, singular curiosities. On the trip to Venice, he matures new choices: shots from above, shots from below, and confirms his interest in the human presence.
Gabetti shows this new maturity also in the following trips: to Florence, where he looks in an original way at the ancient, but also at the new city after the war. Discoveries that Gabetti put into action when in Turin he began to use the Leica for business opportunities.
Roberto Gabetti’s photographs are complex images, susceptible to different readings, which cross the chronological reading and confirm the originality of his choices. The driving force for him is not the form of architecture, but the attempt to tell the story of the architecture that interests him, which is the one he lives and inhabits.

The interest of this photographic treasure trove lies not only in the author’s personality, in his known history, in the importance of the architecture he photographed, but in his innovation in photography, as he innovated in architecture: he abandoned the “military” standing position to look at the world from above the bell towers; he creatively accepted the deformations imposed by the small Leica when shooting from below; free from bubble and perspective, he gives us natural shots like frames from a film, always inhabited by someone moving. This is still a surprising lesson today, confirming the lesson of the projects: the world we live in, architecture, people, must be understood, must be loved.

To participate at the event you need to register at the following Eventbrite link. 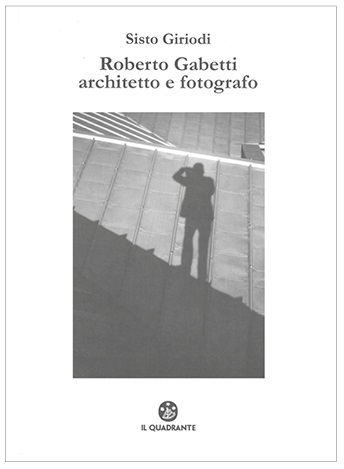