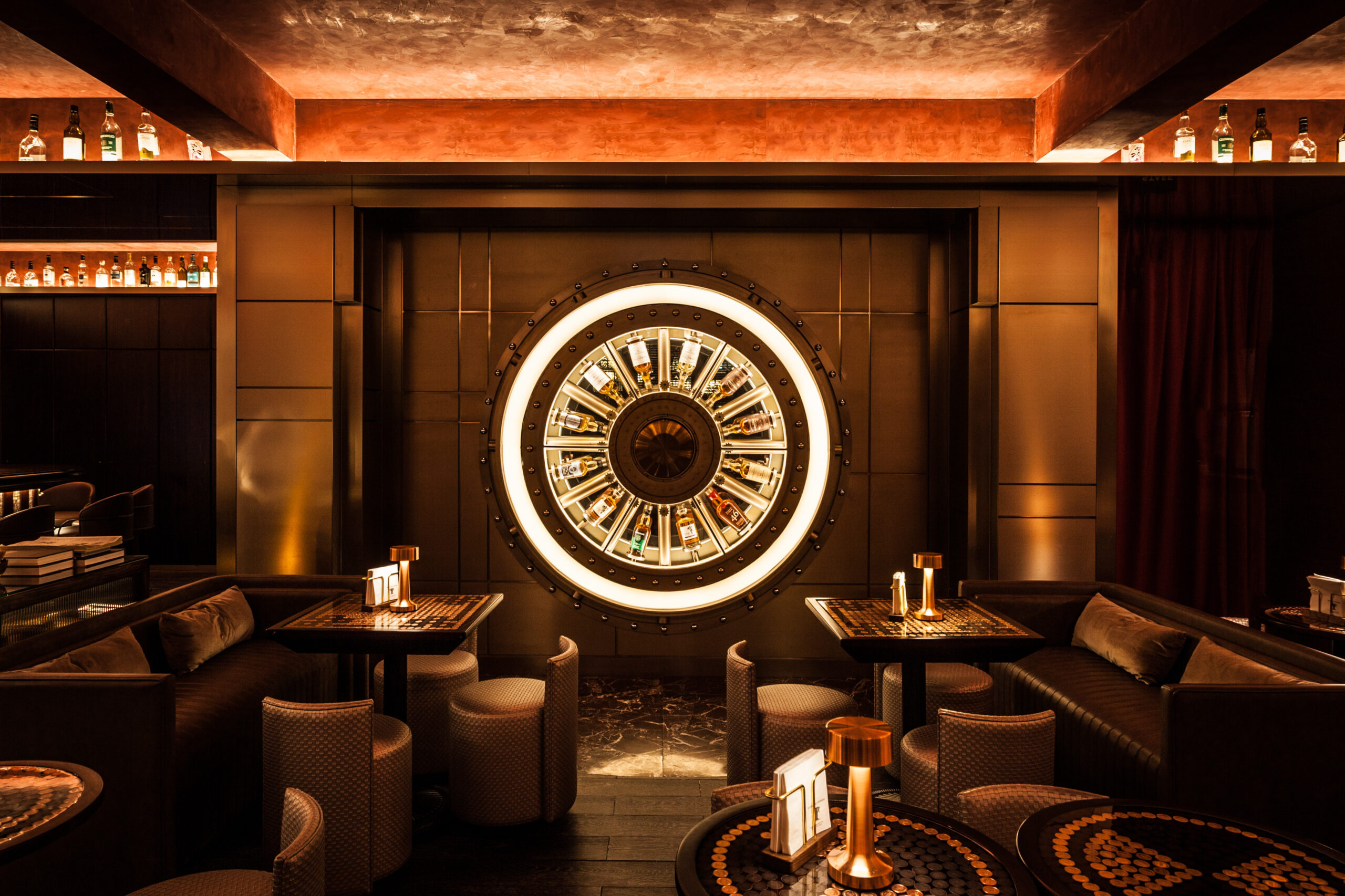 Return to the golden age of Shanghai

The Blackstone Apartment is located in the former French Concession and bears the hallmarks of Shanghai’s modern architecture with an eclectic style. It was known as “the most luxurious flat” in Shanghai at the time for its luxurious configuration, and was sought after as the most popular social venue for its famous and distinguished residents. The Blackstone Exchange draws its design language from the traces of 1930s Shanghai, a city and era that was flashy and splendid, lazy and mysterious, unique and unusual, introverted and self-sufficient. Minimally accepting of the infiltration of Western culture, but stubbornly adhering to national traditions. The entrance to the bar is located on the side of the building, with a long walkway paved with mosaic tiles that fade into the hustle and bustle of the conspicuous surrounding world. The bar seems to be designed as a meeting place for a few close friends and is therefore hidden at first glance. After finding the passkey, the door slowly opens.

Upon entering the bar through the long walkway, the large open symmetrical space suddenly illuminates the people. The shape of the upper arch coincides with the iconic curved balcony on the facade of the Blackstone Apartment. The wall behind the wooden bar is decorated with various baroque stigmas. Beneath the backdrop of mottled red brick, a sense of chaos in time and space is created, evoking the feeling of being in a familiar Italian-style tavern. The atmosphere is both mysterious and historical. The focal point of the entire space is the golden record player, which forms the centre of the scene on the central axis. The shape coincides with the turntable in the bank vault, illuminating the ‘exchange’ derived from its name. What is even more unexpected are the double-sided views of this golden turntable which, from the stage, cannot be crossed. However, from the bathroom on the other side, every corner of the hall can be seen through the turntable. It is secret and exciting. Two boxes behind the bar on the side of the hall are drawn from the banks.

One comes from the Western vault and the other from the Chinese counting room. The aisle becomes a long ‘vault’ corridor, where stainless steel compartments store patrons’ wines. The wall of the ‘hall of accounts’ is decorated with abacuses. The abacus beads form a sense of cloudiness through the area of light and shadow, infusing some extra mystery into the atmosphere of the vault. The name “exchange” and the origins of the bar are clearly visible, even through old newspaper articles posted at the entrance to the coin-covered dining table, as is the vaulted shape of the stage to the two private boxes of the vault and the counting room. This mysterious secrecy beyond the extravagant seems to transport you to the heyday of 1930s Shanghai. A place frozen in time immune to the evolving city and the changing world outside. 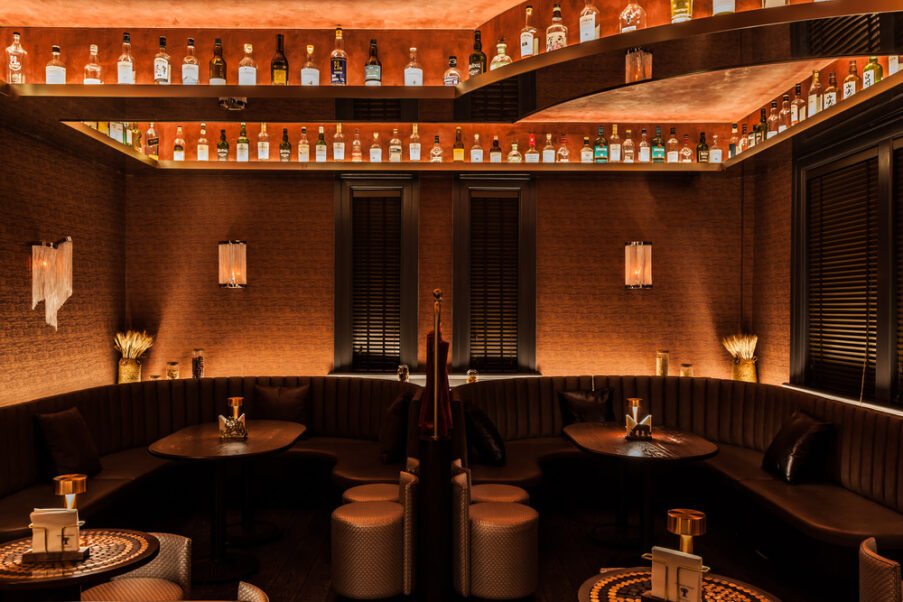 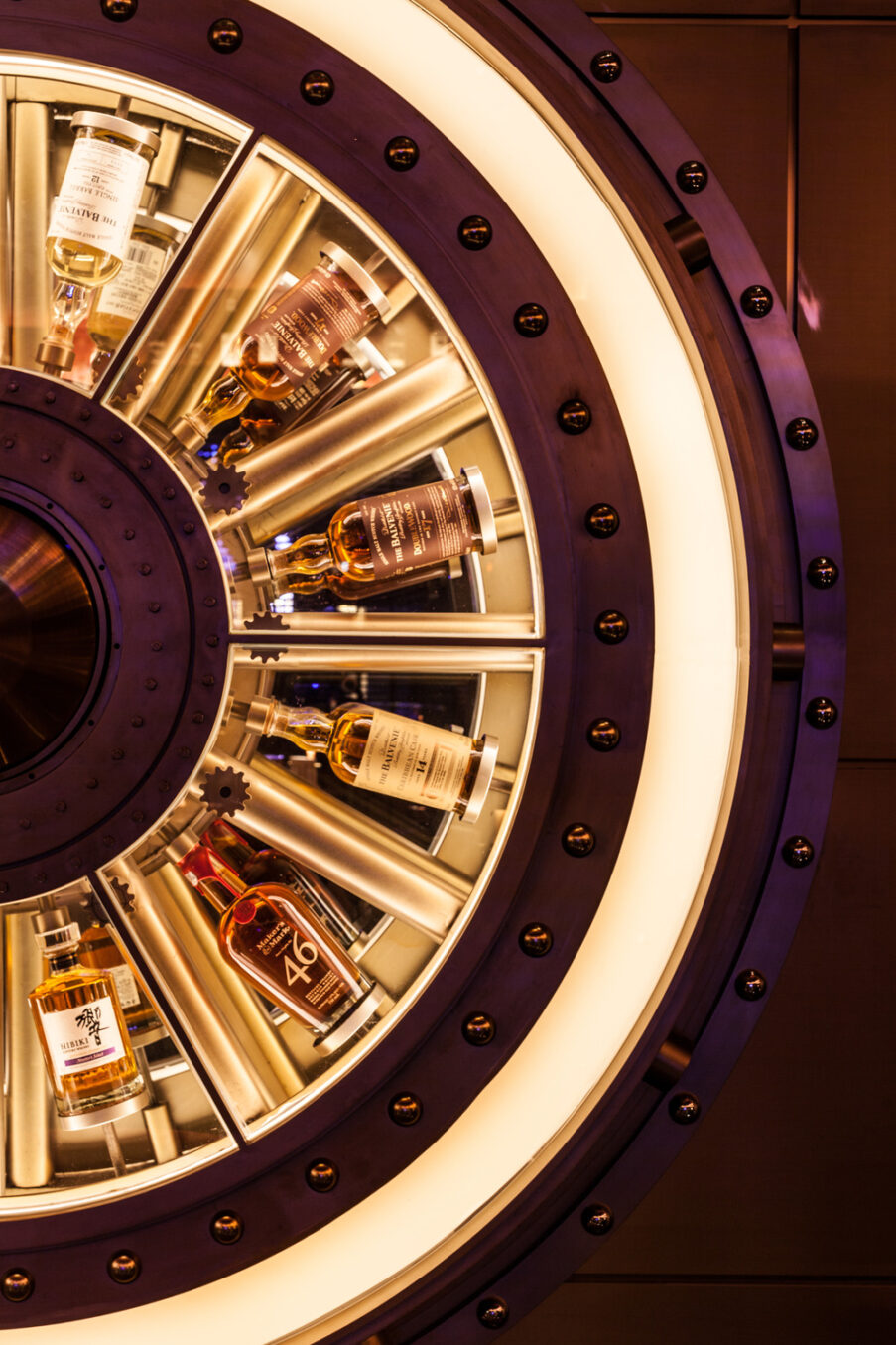 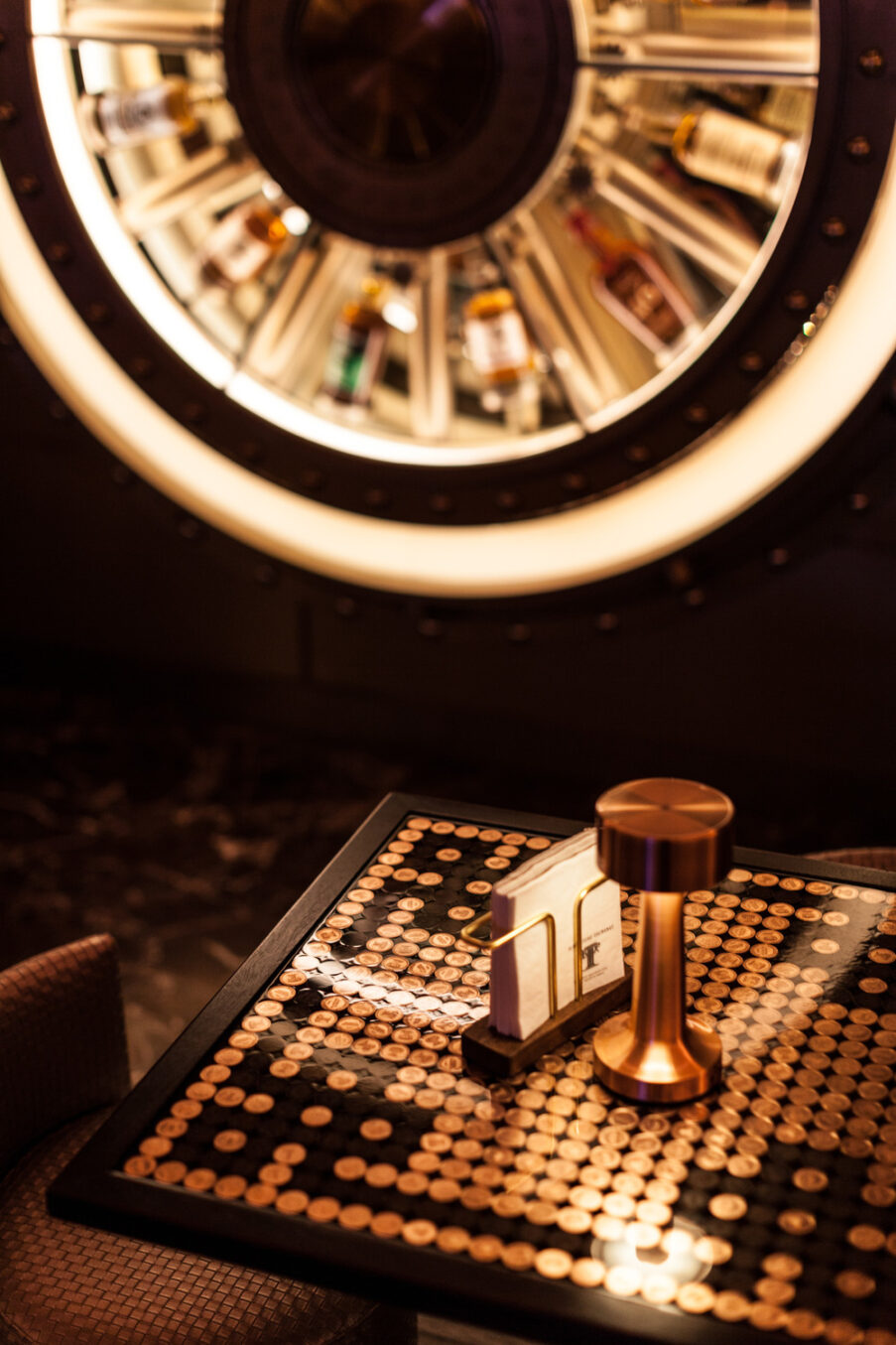 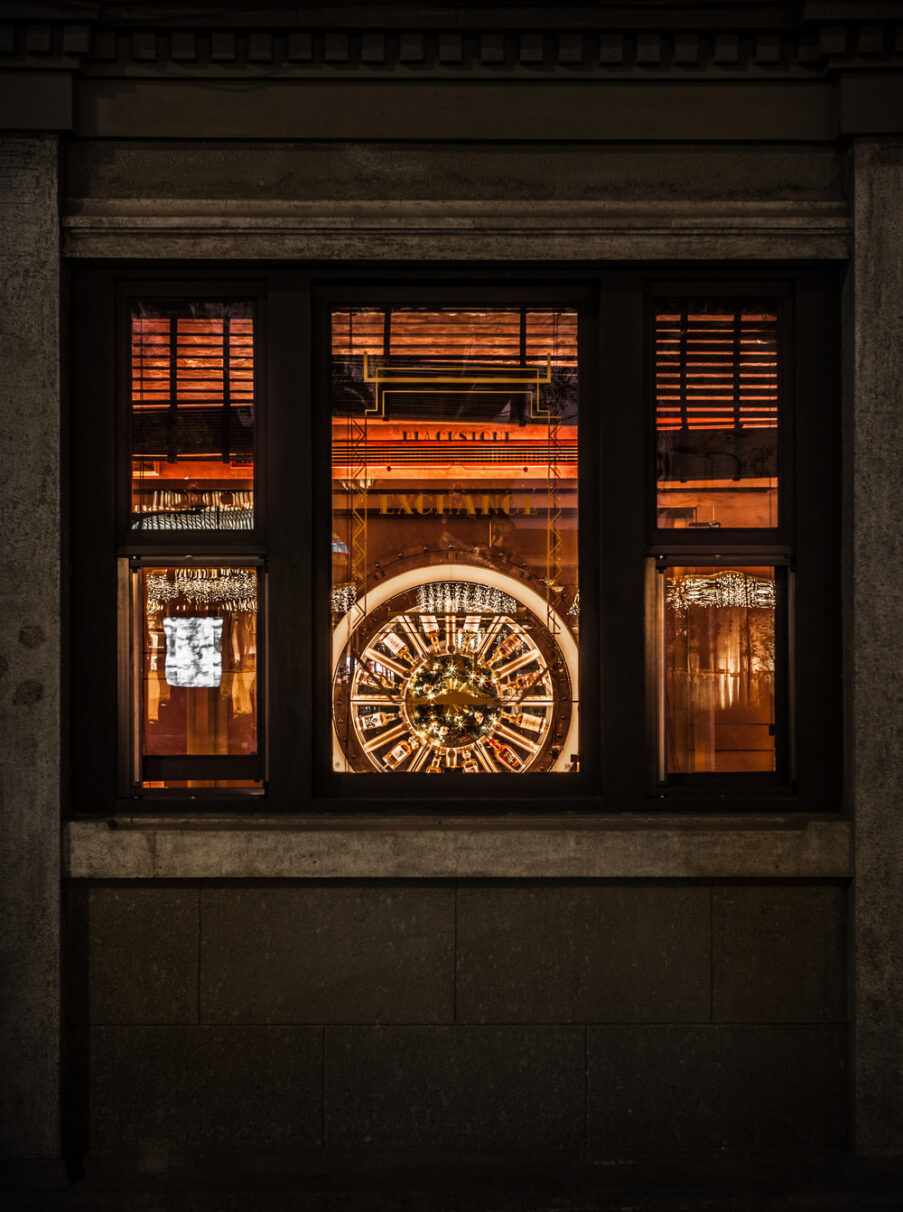 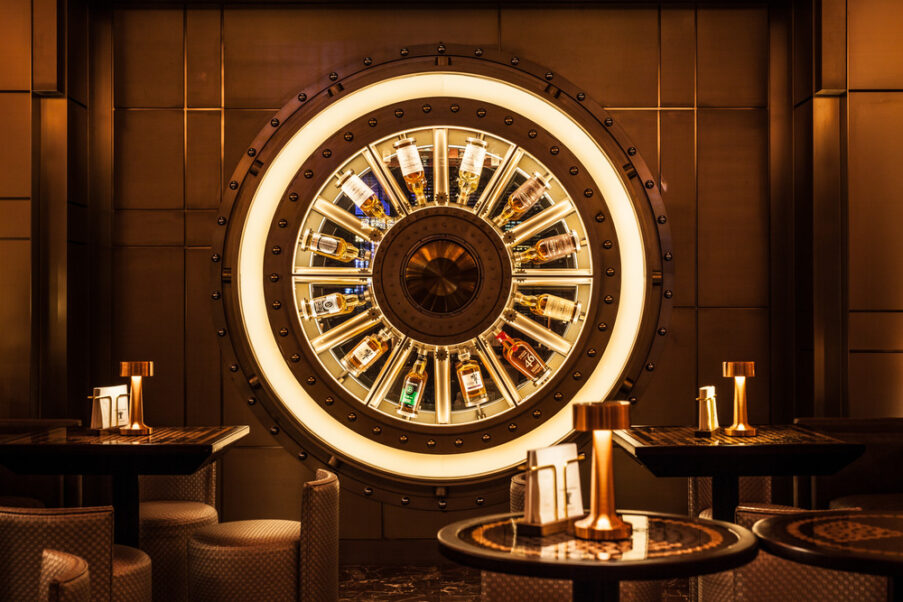 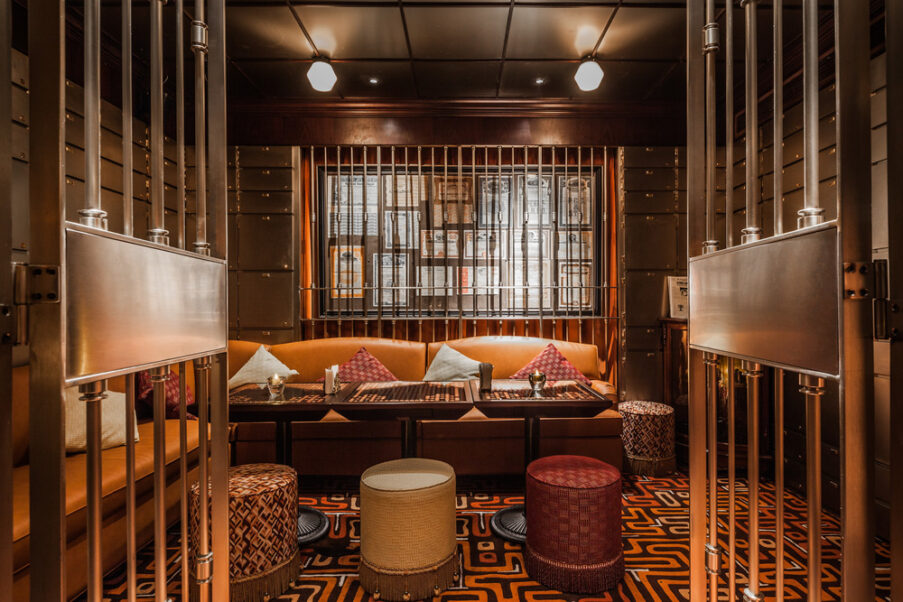 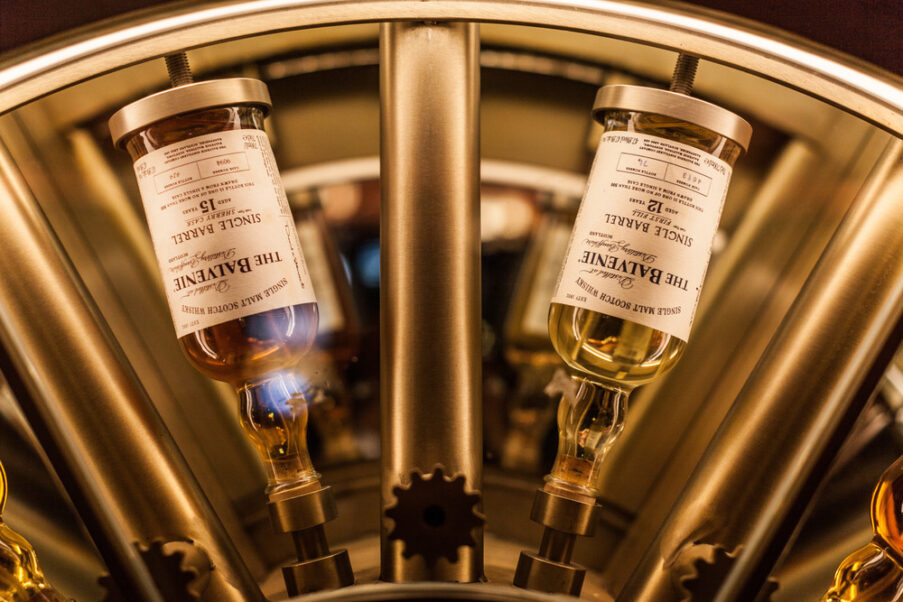 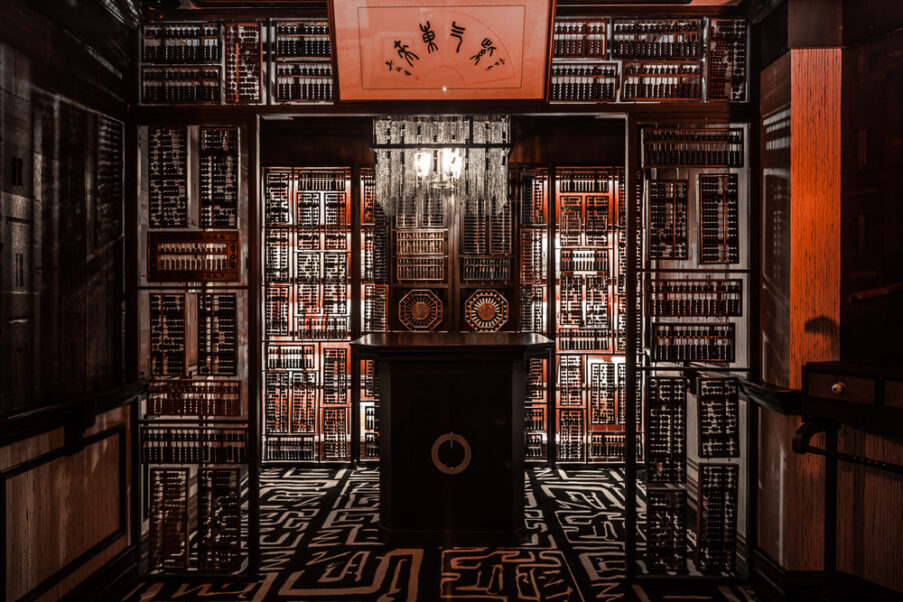 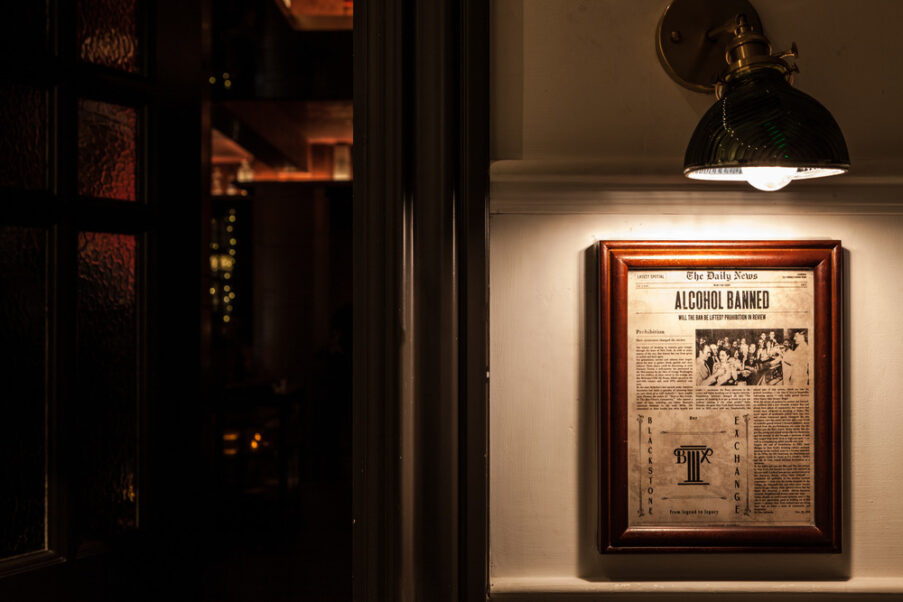 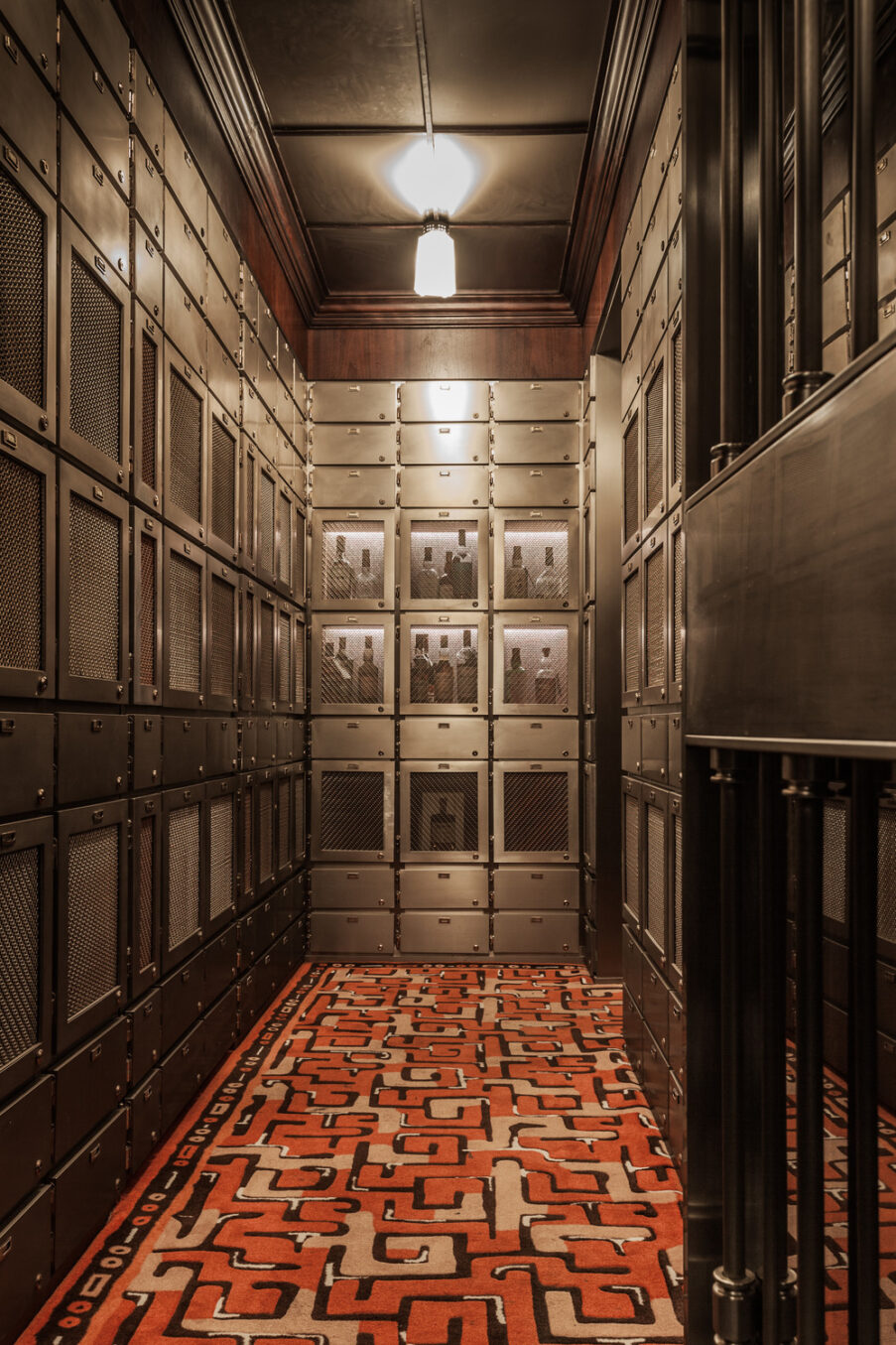