To provide the best possible service, we use cookies on this site. Continuing the navigation you consent to use them. Read more.
PROJECTS
·16 November 2021 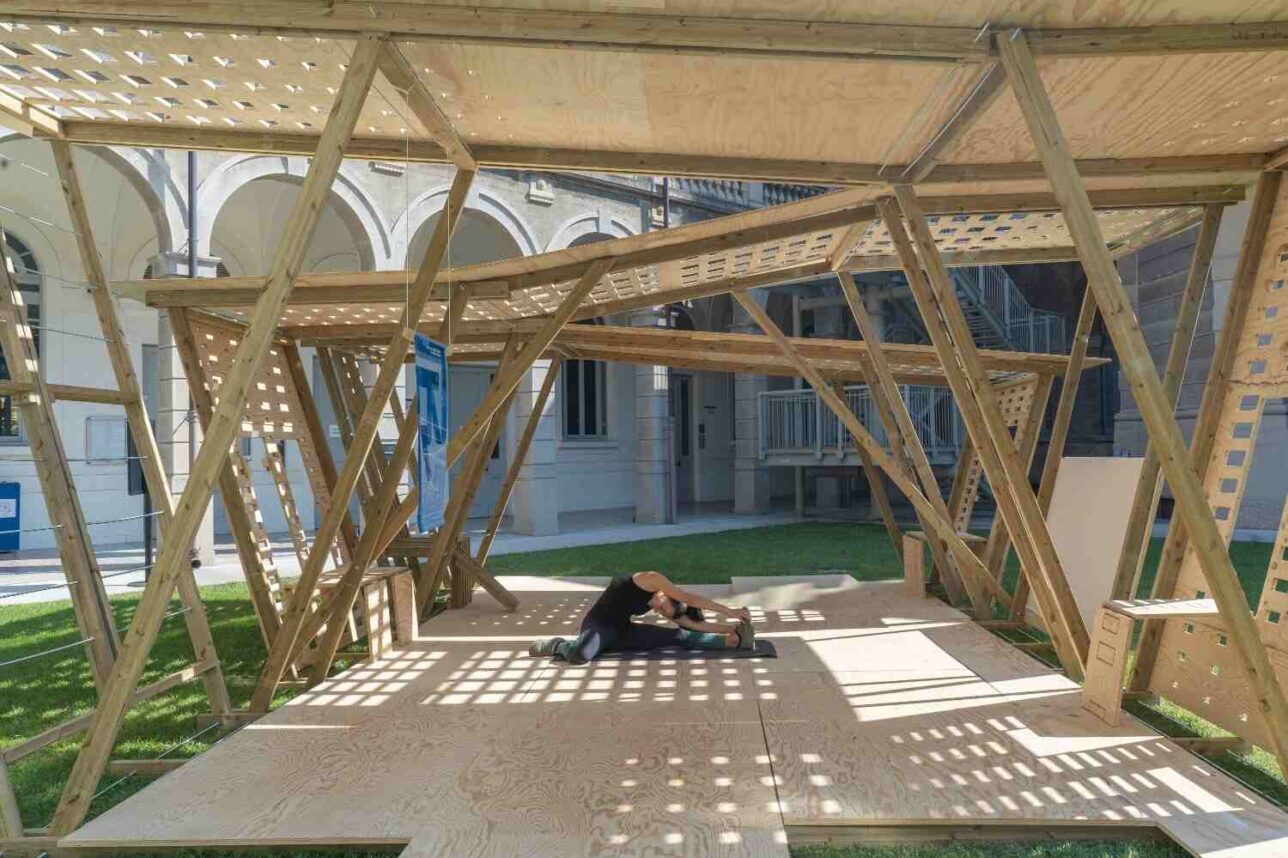 Linking a social design agenda with an ecological construction and digital fabrication approach; this was the goal of Paolo Cascone’s Master Class developed by the Advanced School of Architecture directed by Pierre-Alain Croset at Politecnico di Milano. Eight intense days of work brought 20 students from 16 different countries to a project built step by step with Paolo Cascone and Maddalena Laddaga. The project that took shape translates the needs of the inmates of Bollate prison for a high performance sports space into an open-air gym on a scale of 1 to 1. An idea that starts from a problem of social relevance such as the critical conditions of Italian prisons, articulating the project in the following points:

Collaborative design: Strategic involvement between students, inmates and prison guards to create a dialogue on the relationship between architecture and restorative justice. The prototype 1 to 1 was therefore built by students in the courtyard of the Polytechnic arriving at the creation of ROG / RESTORATIVE OPEN-AIR GYM. Prototype discussed and realized in collaboration with the ACTS project (A Chance Through Sport) directed by Prof. Andrea Di Franco at Bollate prison.

Open system: We then moved on to the genotype developed together with Paolo Cascone and Maddalena Laddaga. The proposal conceived as an open system and a rapid deployment structure has been modeled, assembled and tested in collaboration with the students of the ASA at the Polytechnic Campus. Students developed a catalog of possible spatial and performative variations based on different user needs addressing the issues of customization and scalability.

Eco-digital construction: The final stage was the realization of a lightweight structure with wood components for both the primary and secondary structure. At the same time, the paneling system was designed according to an environmental parametric solar strategy while the vertical panels integrated a kinetic system that could transform the vertical surfaces into ergonomic devices for different types of exercise.

The entire project was presented and validated by the prison community, which is in the process of setting up and installing the structure in the prison yard. Therefore, the Alumni of Politecnico di Milano will also soon launch a crowdfunding campaign to support the next steps of the project. 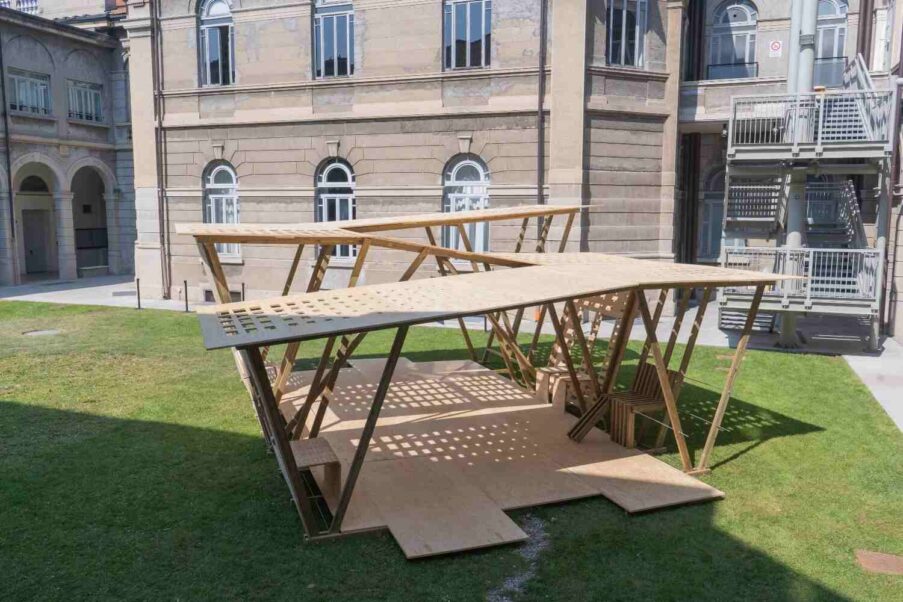 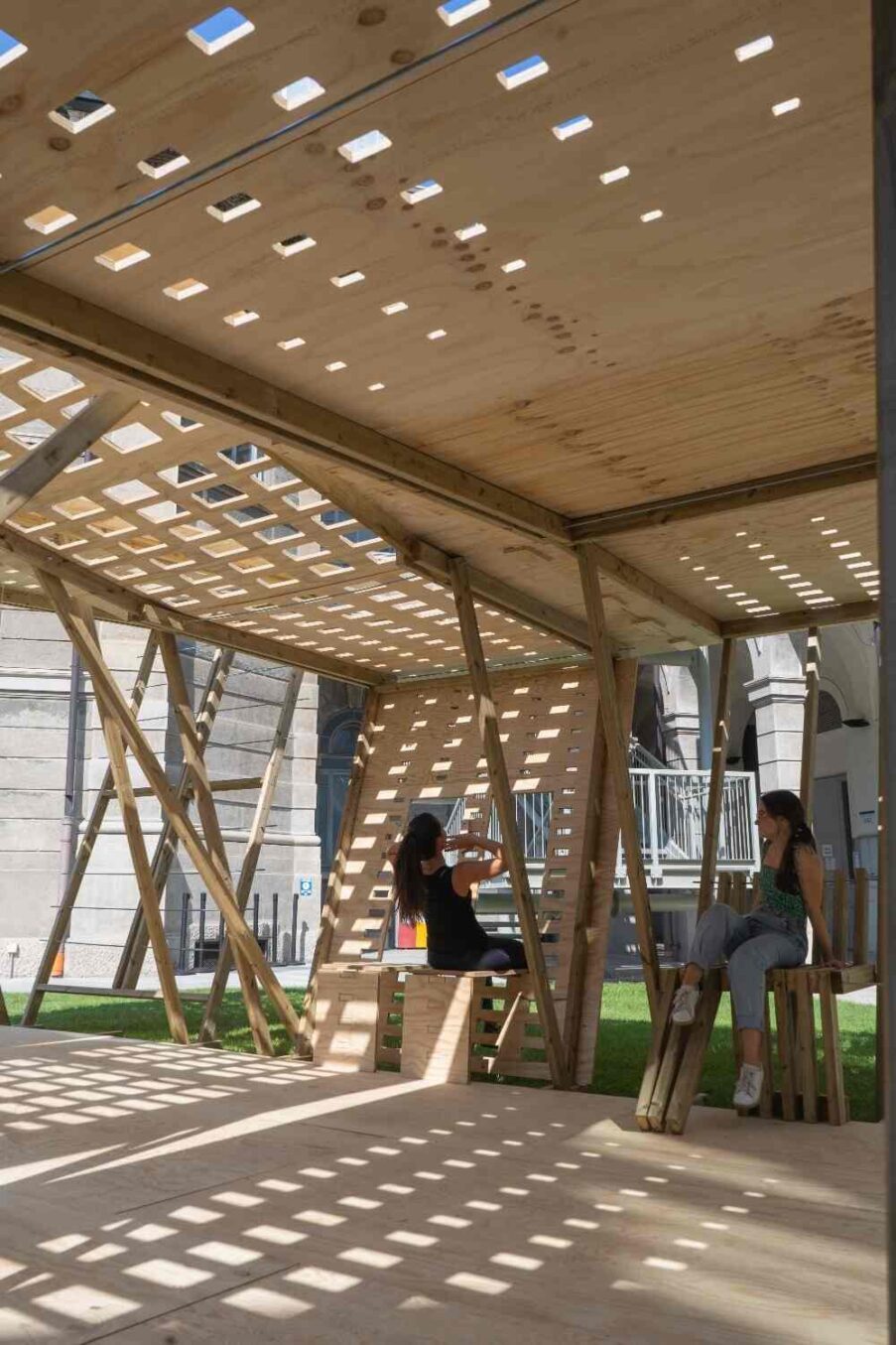 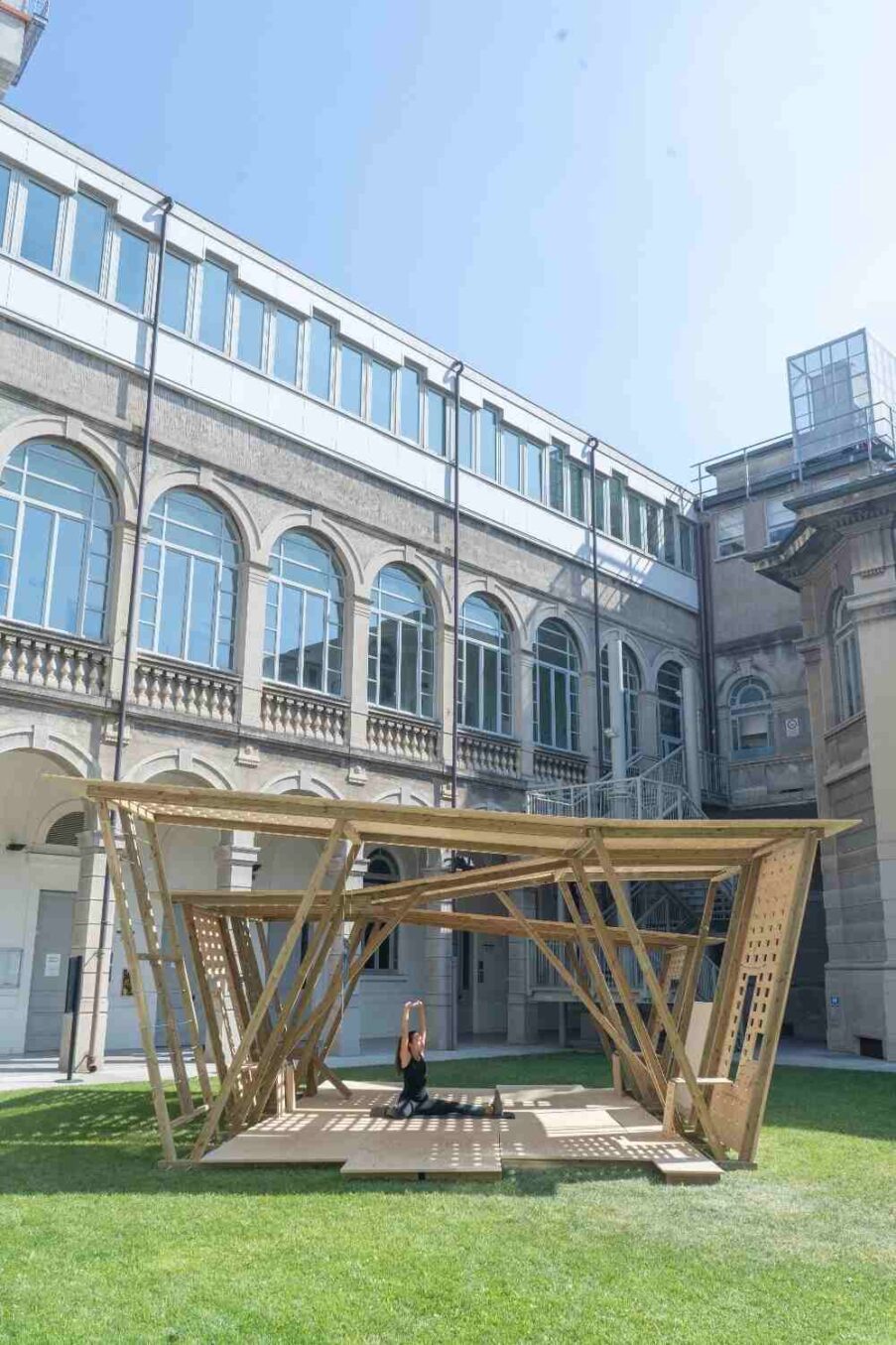 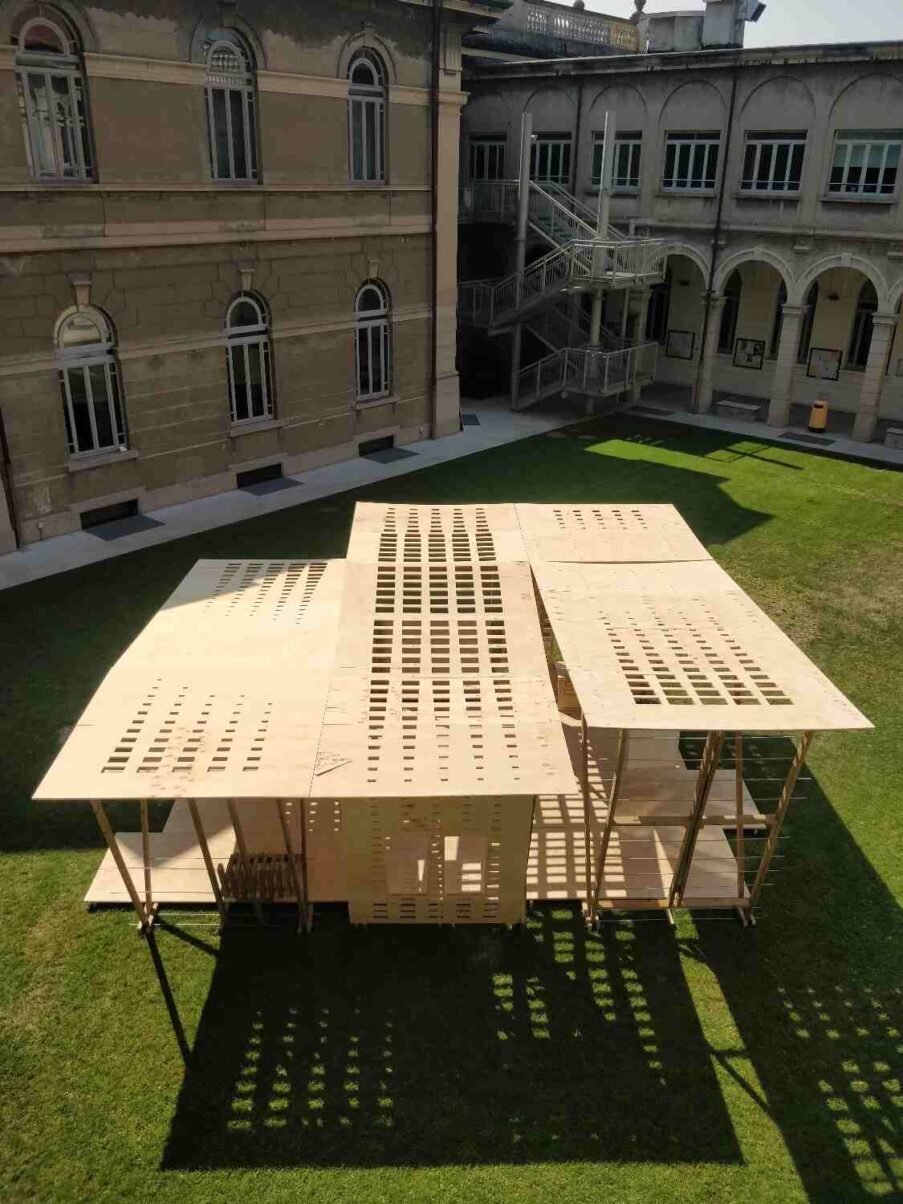