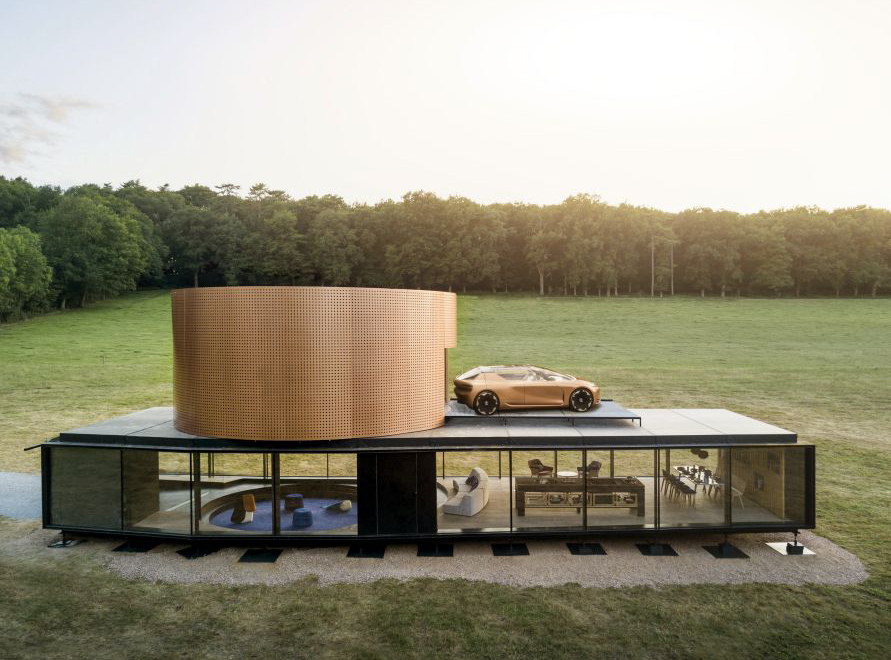 Reflections on space and the functions carried out by cars in urban spaces are the input for the House33 project by Marchi Architects for the presentation of the Renault Symbioz Concept car. The architects question the function occupied by cars in urban spaces, designing a residence in which the car is integrated into everyday life scenarios. In this context the car is no longer an entity distinct and separated from the living space but is considered an authentic extension of the home. House33 takes the Symbioz as a temporary cohabiting partner.
The car, which is completely electric, drives directly into the living area onto a lifting circular platform that raises it up to the terrace of the house. The concept car embodies the idea of a mobile home: its multipurpose interior and front seats that rotate through 180° are designed to give the impression that you are travelling without ever leaving your living room. Dinner is served to friends while a girl reads in her bedroom on the first floor. Her sister, on the other hand, is listening to music on the roof while the crickets sing outside.”

The house, a structure in easily assembled steel, incorporates design elements taken from the car, from the copper colour used for the upper cylindrical part down to details of the welcoming interior. The ground floor which is clad in sections of wooden profile opens up to the outside landscape through glazed surfaces and an open-plan layout for the traditional living spaces.
A cobalt blue carpet creates an extra living area when the car is raised into the metal cylinder which, illuminated with 5368 LED light points, illustrates the state of connectivity between the car and the house.
The relationship between architecture and the car is renewed: the car goes on a journey inside the house and the house becomes a means of transport.

BIOGRAPHY
NICOLA MARCHI WAS BORN IN 1968 IN MILAN AND RECEIVED A DEGREE IN ARCHITECTURE FROM MILAN POLYTECHNIC IN 1996, AFTER BENEFITING FROM AN ERASMUS SCHOLARSHIP AT THE ARCHITECTURE FACULTY IN PORTO (PORTUGAL, 1991-94) AND STUDYING WITH EDUARDO SOUTO DE MOURA AND ALVARO SIZA. IN PARIS, HE WORKED IN THE OFFICE OF CHRISTIAN DE PORTZAMPARC (1997-99), MANUELLE GAUTRAND (2001-02) AND EDOUARD FRANÇOIS(2002-04). ADELAIDE MARCHI WAS BORN IN PARIS IN 1973, AND ALSO STUDIED AT THE FACULTY OF ARCHITECTURE IN PORTO (1995-96), BEFORE OBTAINING HER ARCHITECTURE DEGREE (DPLG) FROM UP9 IN PARIS. SHE WORKED IN THE OFFICES OF BRUNET SAUNIER IN PARIS (1997-98) AND DUSAPIN LECLERCQ (2000-02), BEFORE CREATING HER OWN OFFICE WITH NICOLA MARCHI IN 2004. 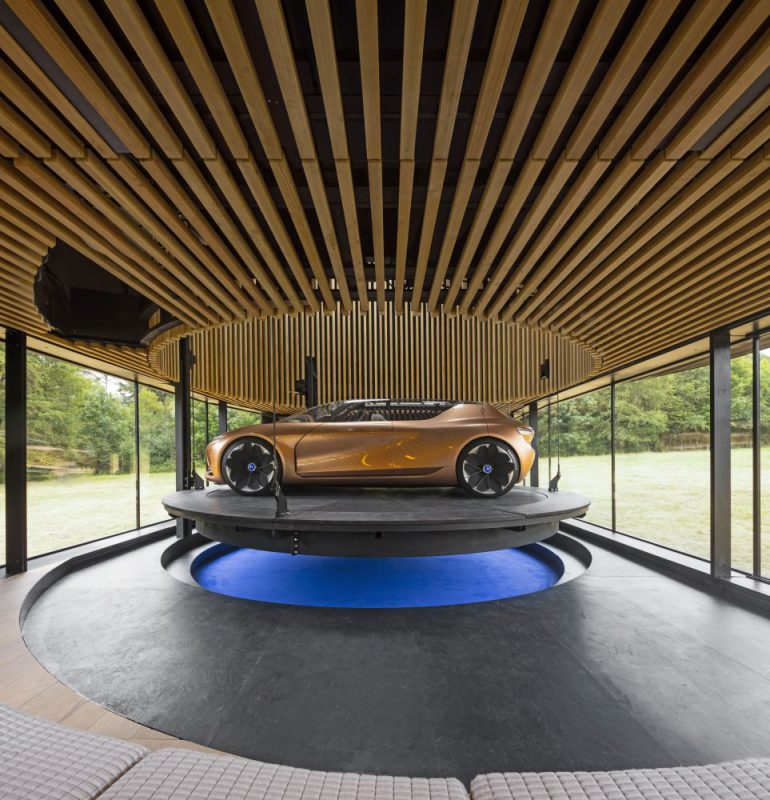 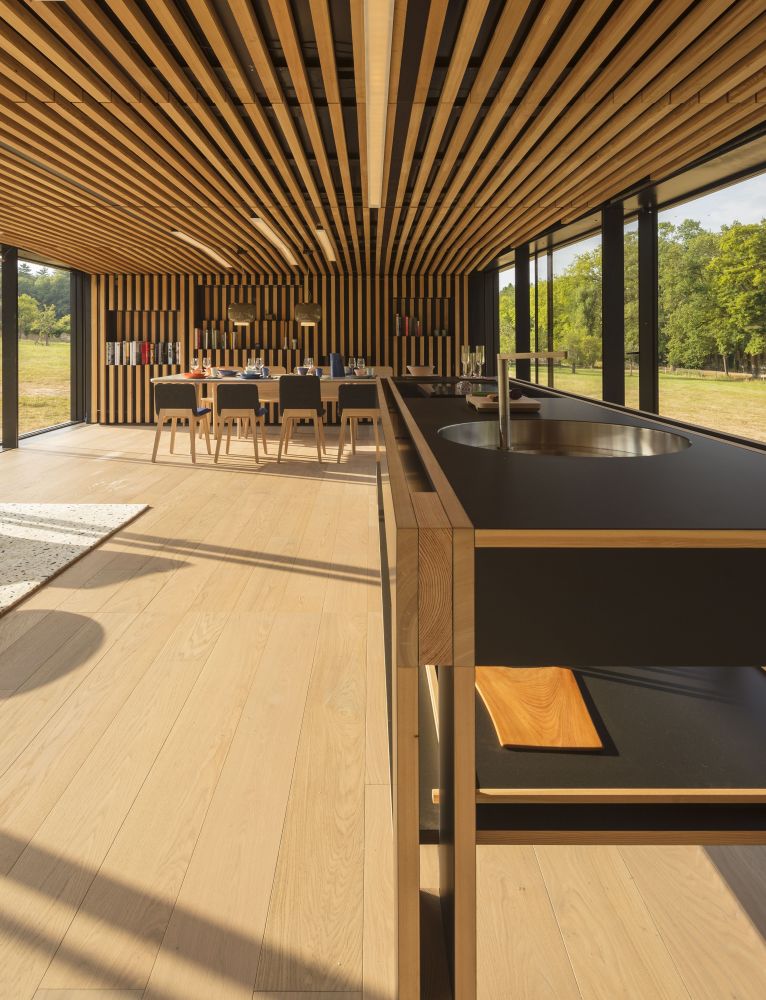 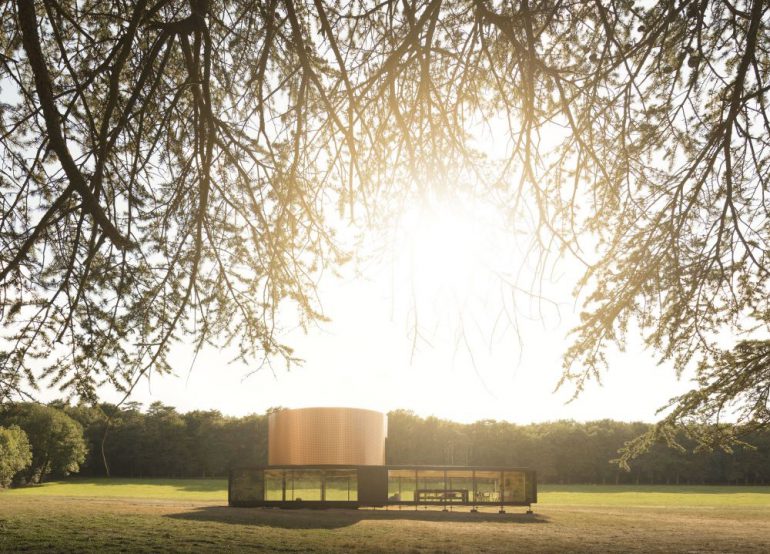 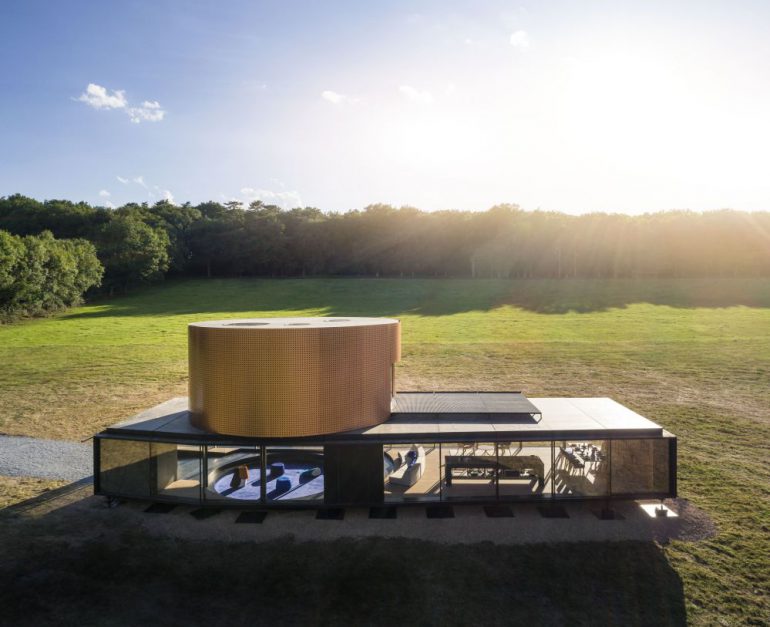 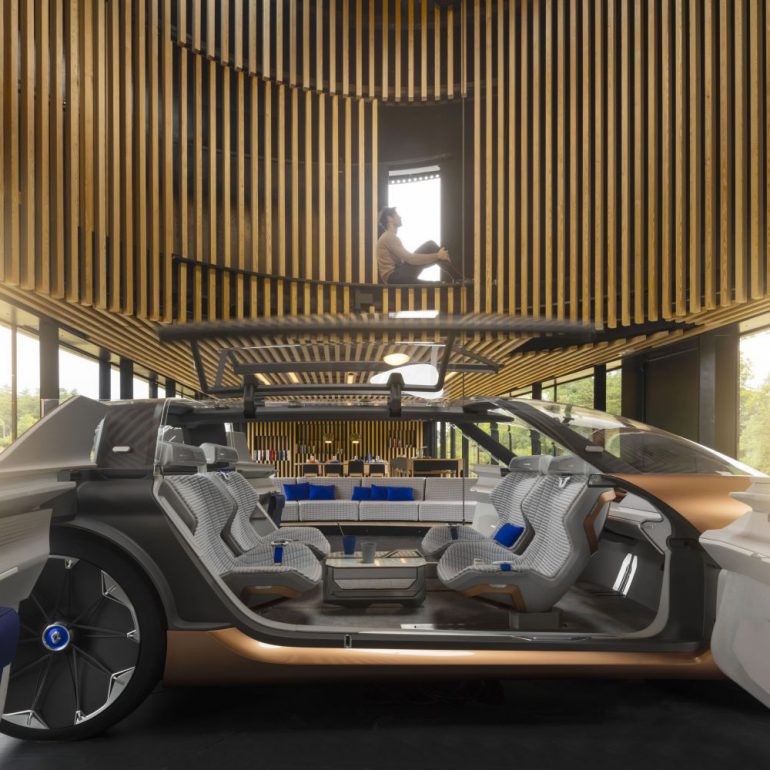 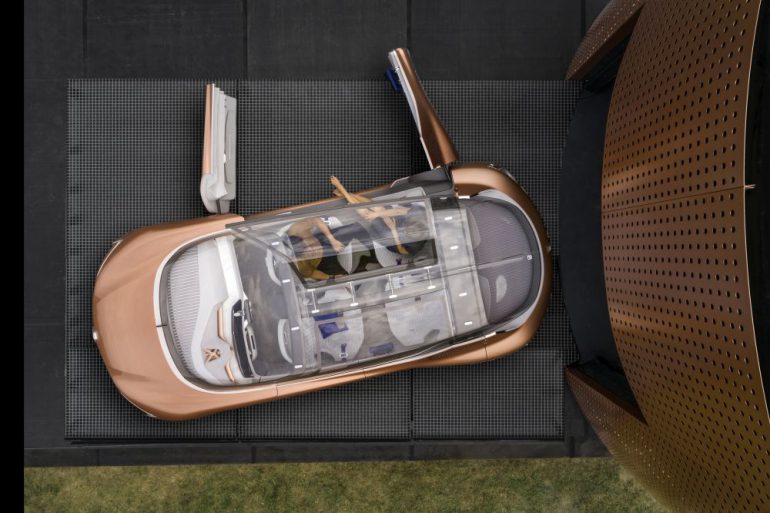 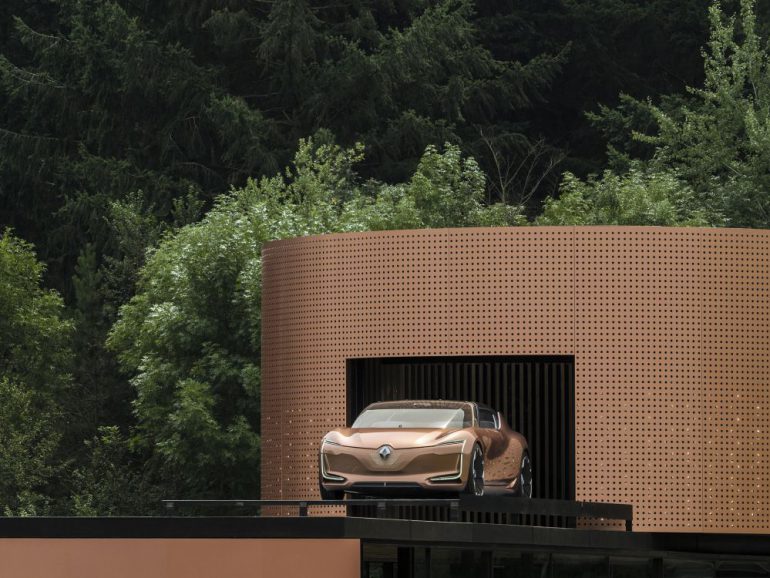 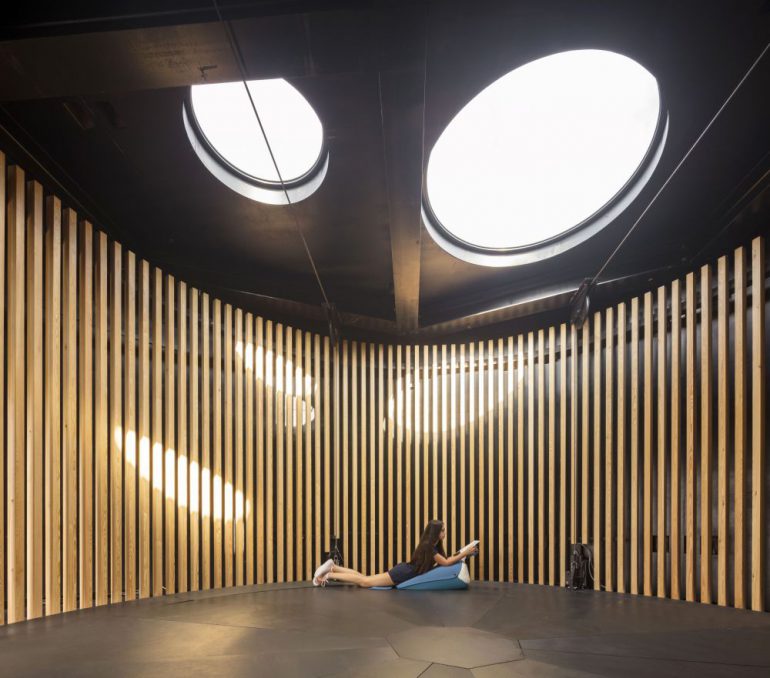 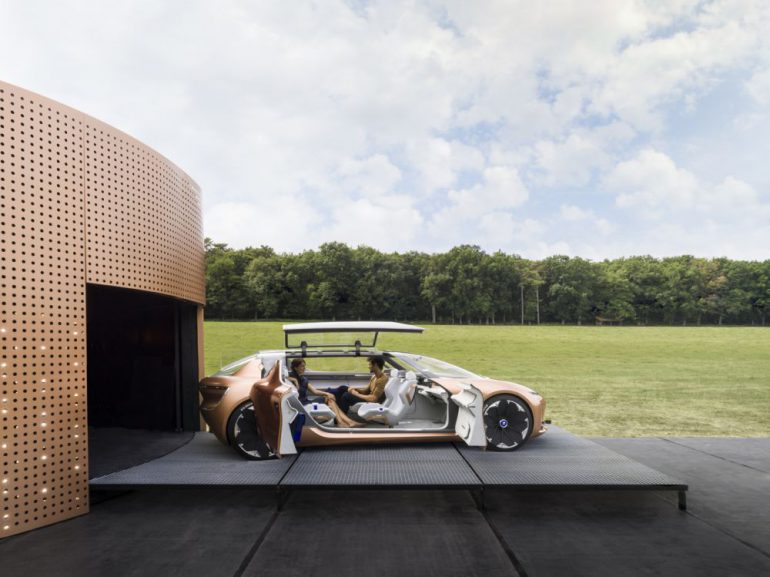 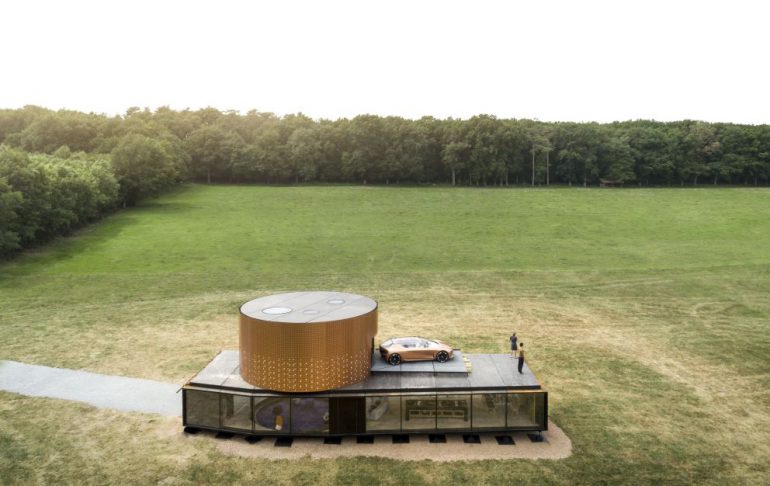 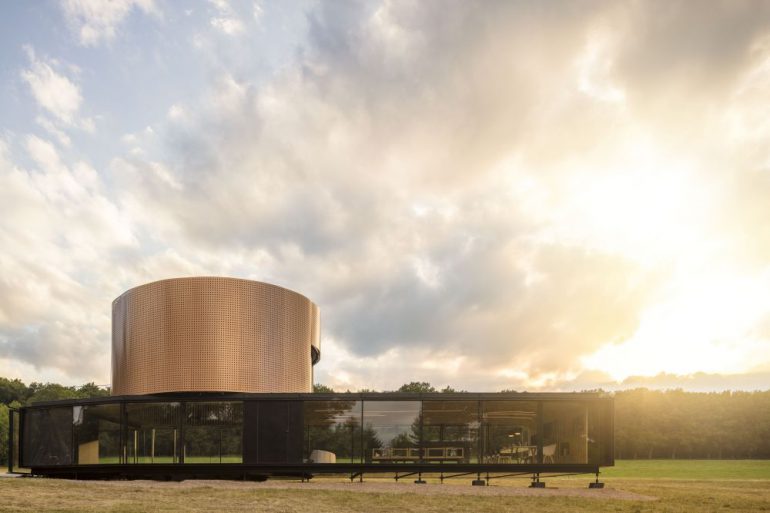 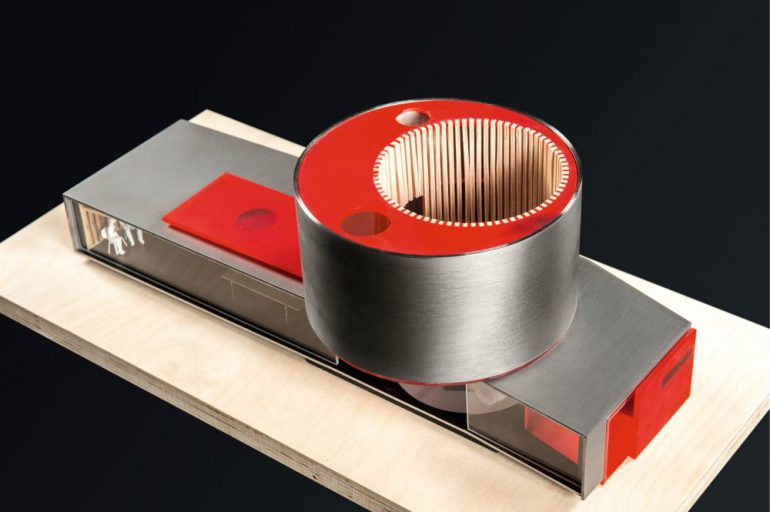 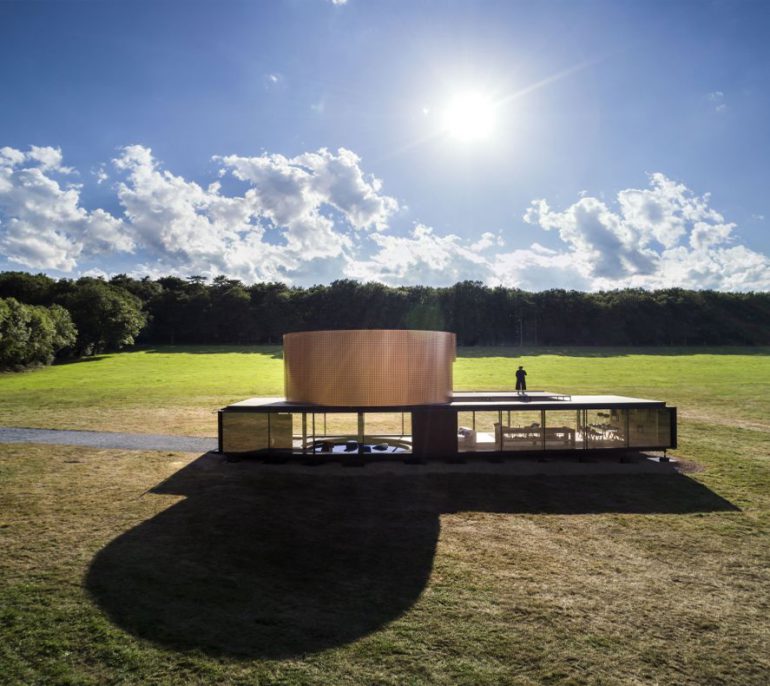