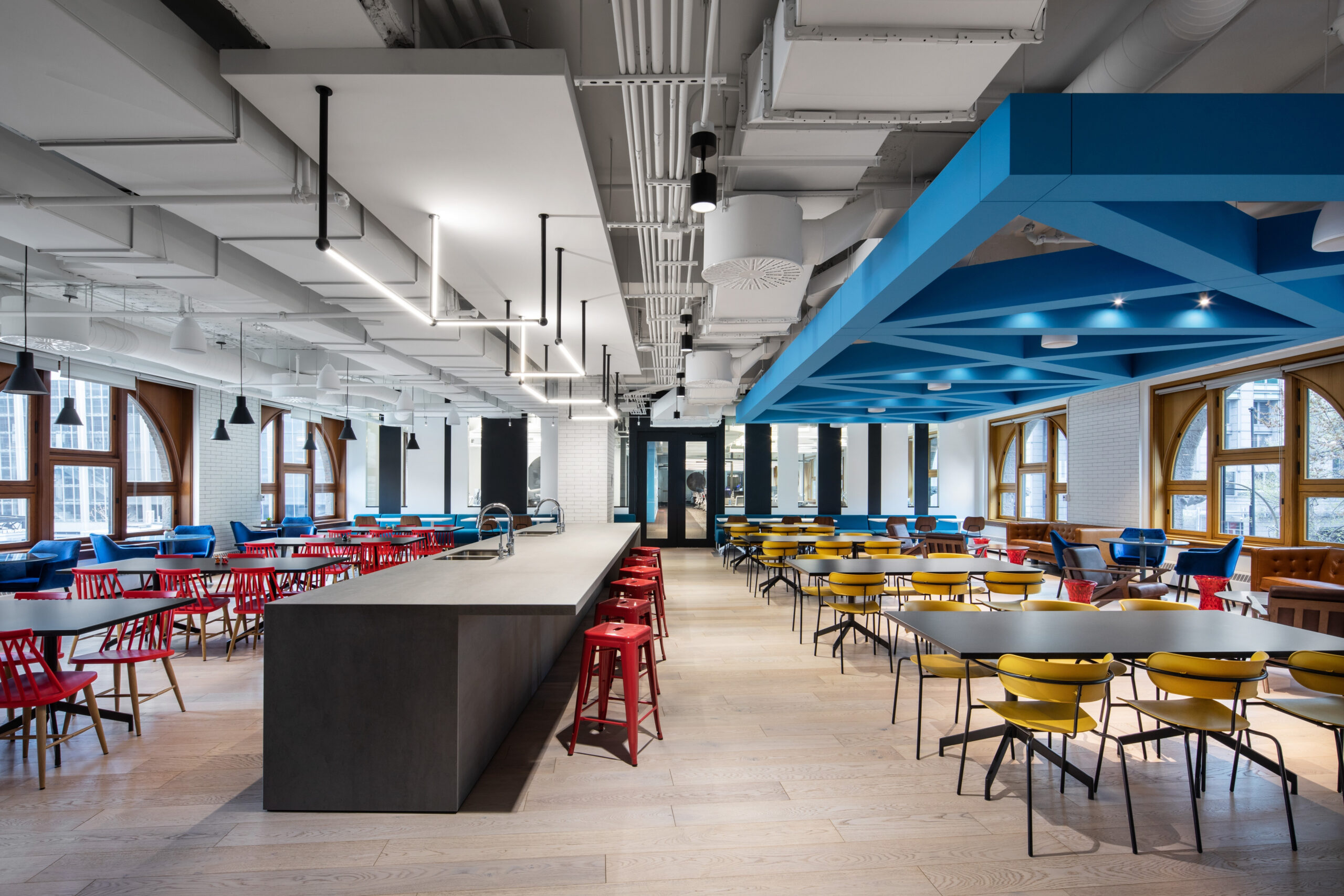 The collaboration between Inside Studio and lighting agency LumiGroup has resulted in a new workspace with bold architecture and an interior worthy of the Best of Canada award in the office category. The OneSpan project was born out of the company’s move to a more central location. A study of the possibilities led to the historic grandeur of Windsor Station, the former passenger depot of the Canadian Pacific Railway’s downtown area, being chosen as the location. The client immediately embraced the vision, recognising the potential of a space already adorned with large windows, poured terrazzo floors and exposed sections of original brick. However, the central design elements of the space still reflected their original purpose, so a lengthy process of demolition was undertaken within the studio to reduce it to its essentials. As if entering a time warp, this process led to a plethora of intriguing discoveries, including more original bricks, arches, fireplaces and original wood panelling. With so much character and history, the building also exuded an atmosphere reminiscent of a trendy SoHo loft flat, thus introducing the strategic placement of pop art on the walls.

The studio also infused a degree of ‘quirky’ elements into the space, including the choice of furniture for the common office spaces. It was decided to retain some of the ornate doors from the original building for the office conference rooms, which sealed the marriage of past and present with an application of bold colours as well as a modern glass frame that brings the doors to life. Upon arrival at OneSpan’s office, original brick walls and arches frame the large reception area. An adjacent corridor, paved in white oak and bordered by OneSpan’s purple and lilac accents, leads to the heart of the L-shaped plan. Playing with scale, the studio chose large swivelling disc lights that hang from suspended fixtures, which manages to animate and give shape and dimension to the corridor. Lighting played an important role in Inside Studio’s design of the OneSpan office, with more than a dozen lighting products selected for very specific functions.

The lighting for the project consists of a combination of fun, bold and quirky choices pre-selected by the designers, as well as general lighting schemes defined through close consultations with LumiGroup, a lighting agency representing a global range of manufacturers. In the conference rooms, the company opted for decorative lighting solutions that temper the atmosphere of traditional meeting rooms with a more residential feel. Linear overhead lighting illuminates individual workspaces, while elegant track lighting, with powerful outlets, helps to highlight architectural elements. The strategic positioning of the floating offices, bathed in glass and framed in vibrant colours, frees up space for communal lounge areas to benefit from the natural light provided by the building’s large windows, where the offices would traditionally be located. In addition, central office pods provide greater connectivity between their occupants and surrounding teams. A space with a creative and futuristic soul that winds its way through several offices connected by a trail of lights calibrated to suit each environment. 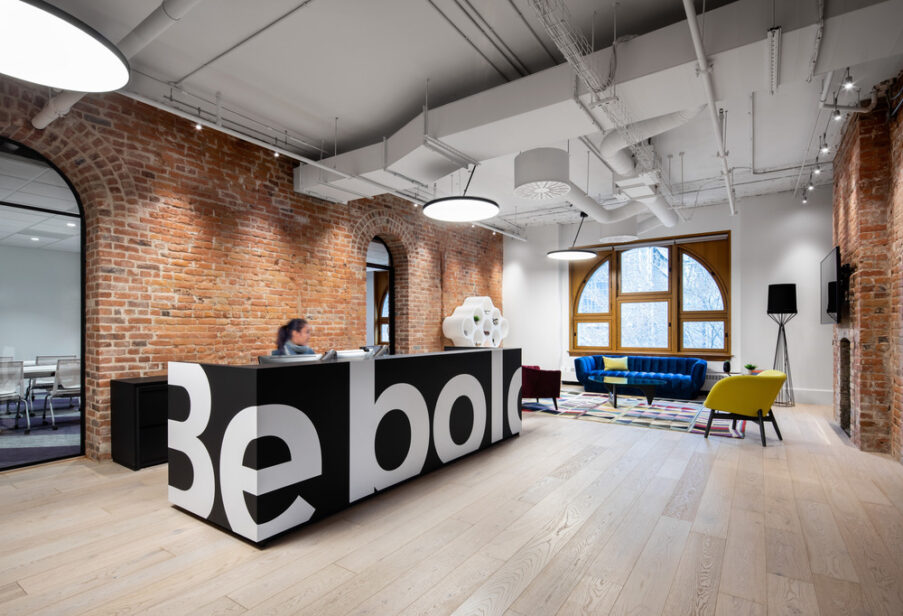 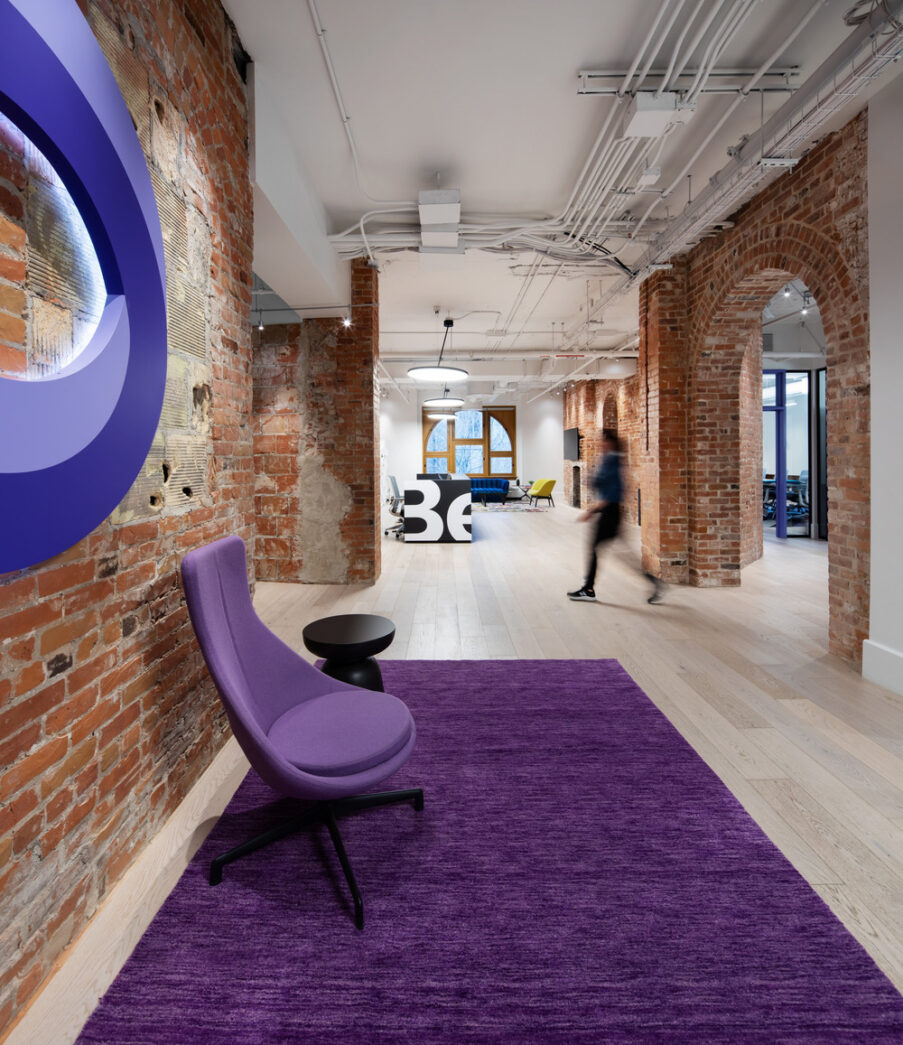 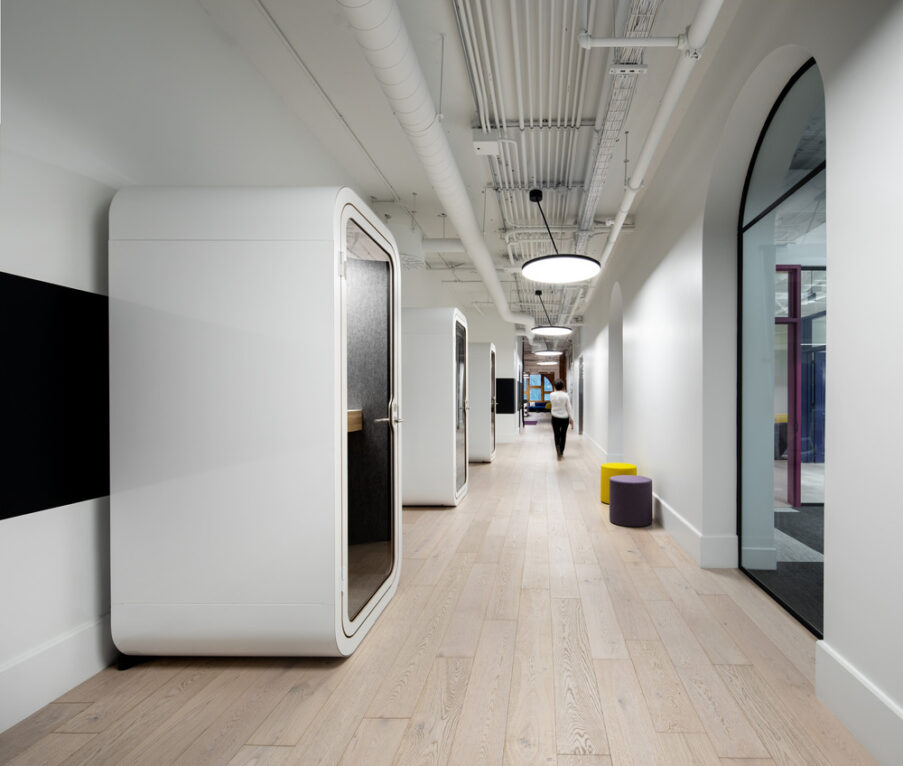 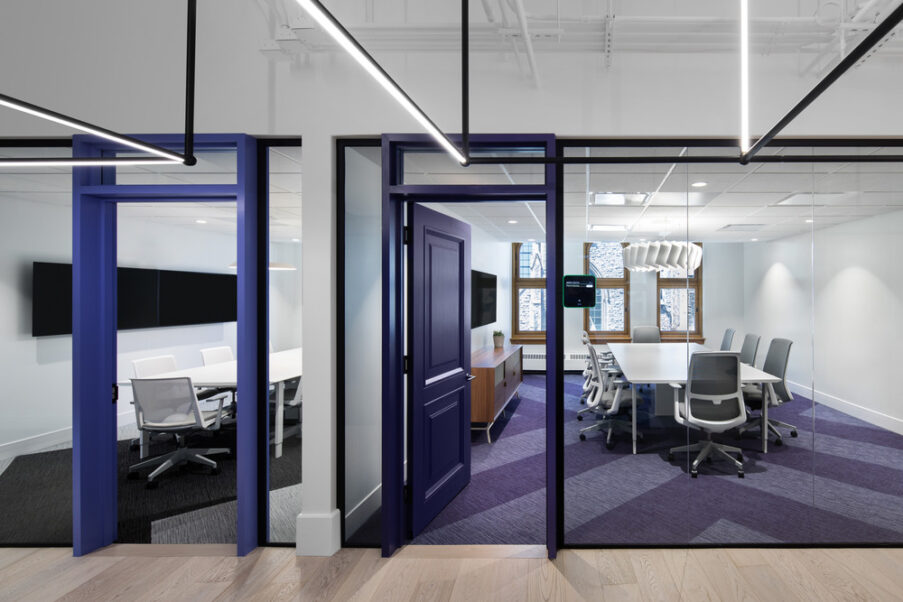 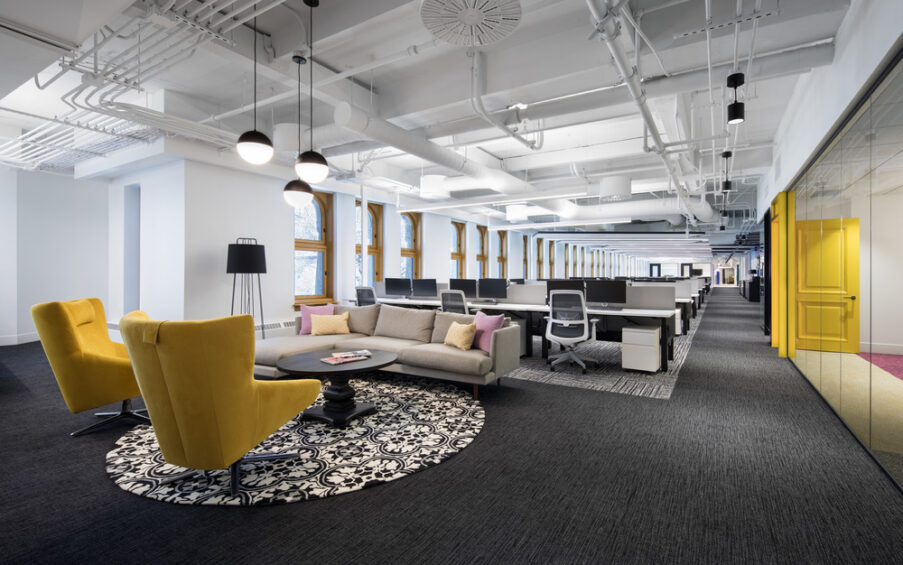 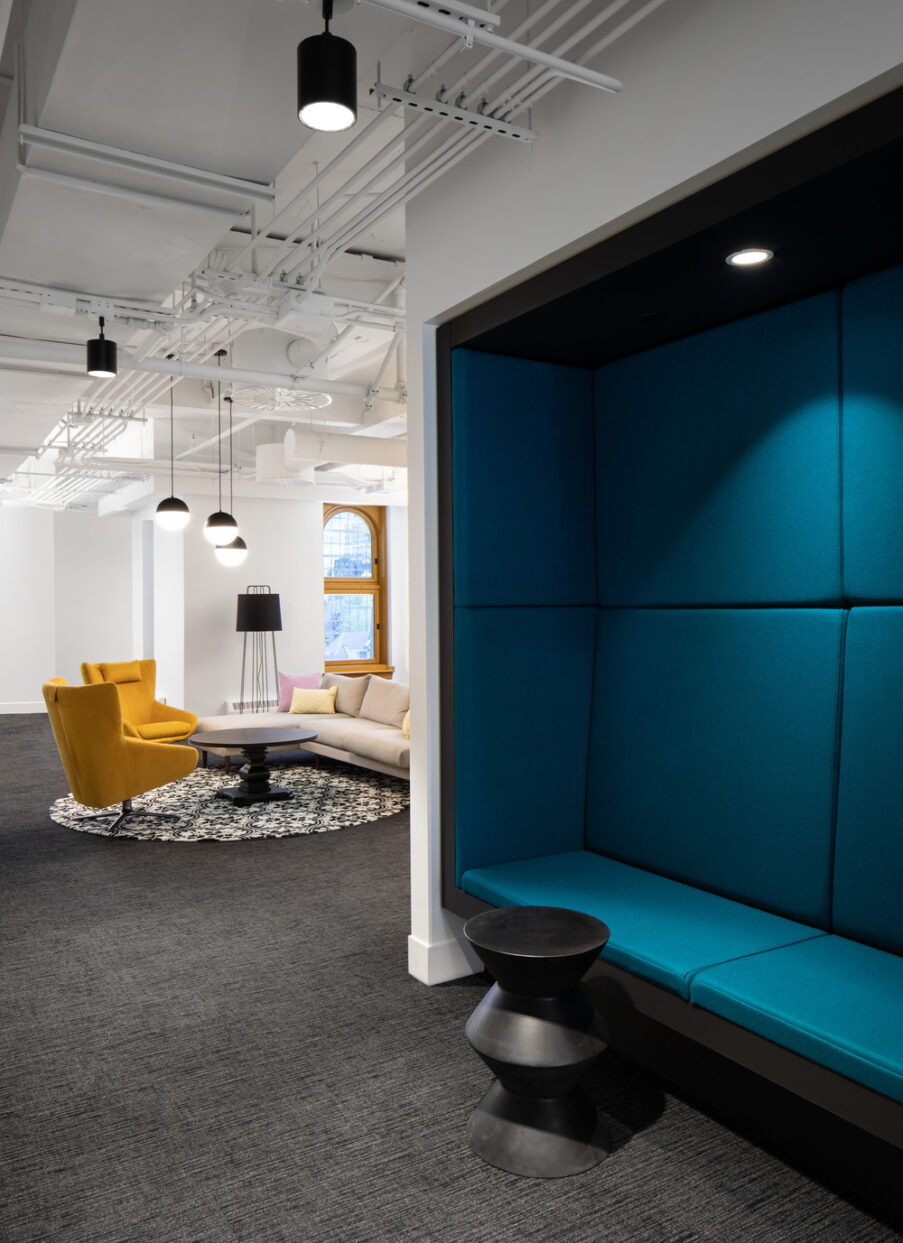 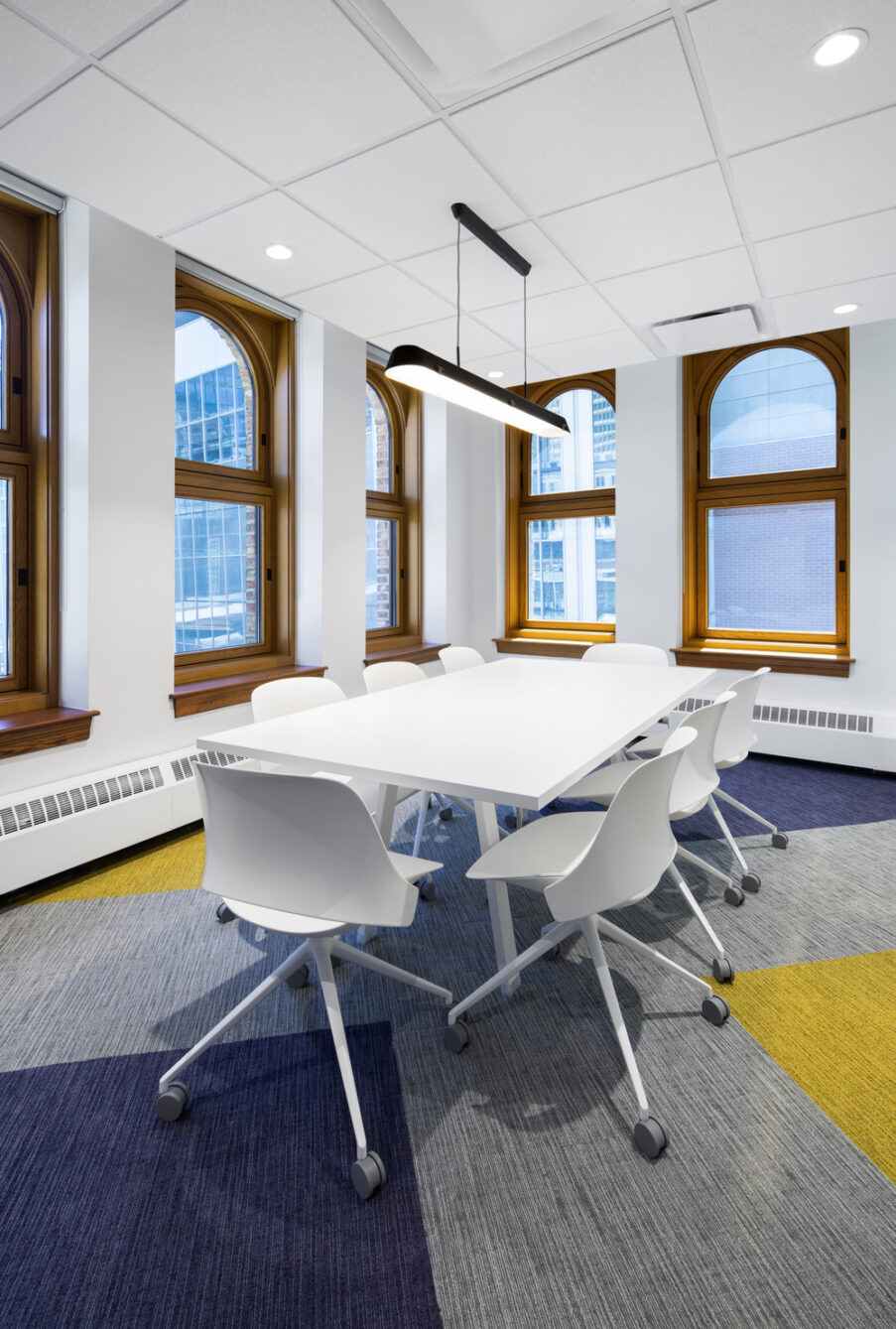 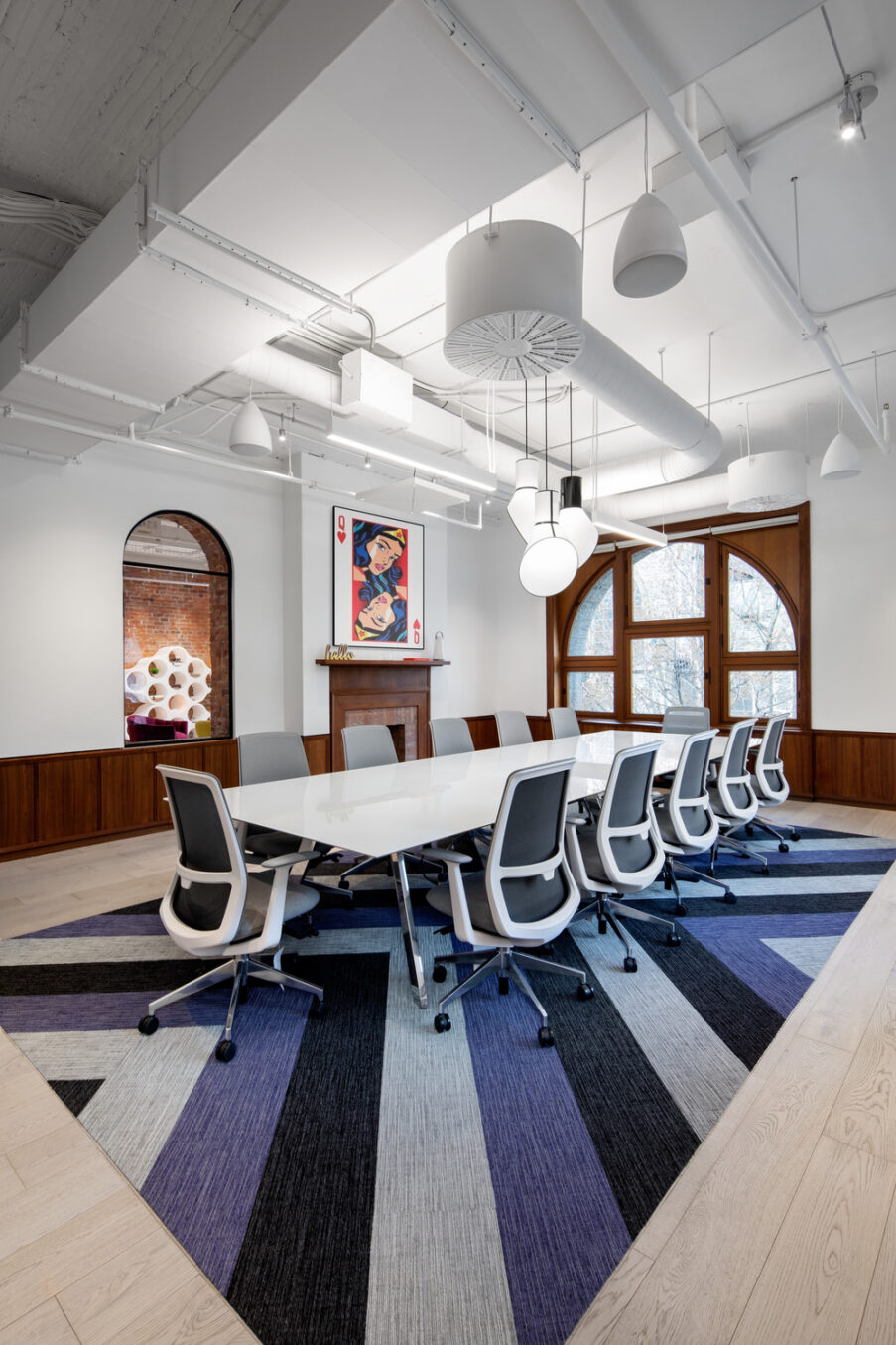