The former Porta Romana railway yard will finally be returned to the city of Milan, through a zero-impact urban regeneration project promoted and managed by COIMA SGR and underwritten by Covivio, Prada Holding and the COIMA ESG City Impact fund, and designed by Skidmore, Owings & Merrill – SOM.
The ‘Porta Romana’ real estate investment fund, following the public tender procedure launched by Gruppo FS Italiane in November 2020, announces that it has finalised the purchase of the area of the former Scalo di Porta Romana for EUR 180 million.
The Scalo will host the Village of the Milan-Cortina 2026 Winter Olympics, whose reclamation and excavation works were already started in August 2022, with excavation and bulkheads expected to be completed by the beginning of 2023.

The Olympic Village, the design of which has been entrusted to Skidmore, Owings & Merrill – SOM, represents the first piece of the great urban regeneration project of the Scalo di Porta Romana and reflects the ‘Olympic spirit’ of Milan: functional to offer a primary space for the 2026 Winter Olympics, it will be transformed into student housing with approximately 1,700 beds.
The green spaces, which will account for about 50% of the Scalo, have been designed with reference to the Olympic Village area by architect Michel Desvigne, in coordination with Outcomist’s general master plan, whose landscaping part is by architect Elizabeth Diller, former designer of New York’s Highline, with the aim of creating a place usable by students and citizens alike, in harmony with the Scalo’s other structures and the city.

After the event, the Olympic Village will be transformed into a laboratory for sustainable urban experimentation focused on people, community, integration and resilience; it will be a vibrant ecosystem of student housing, residences, co-working, private services of public interest and public spaces. The area will be managed through a digital platform for building performance monitoring and community engagement.
The development envisages a large central park as an element that will ensure urban continuity and pedestrian and bicycle connections with the existing city, characterised by eco-zones, green corridors that will be able to accommodate equipment also of public interest, and public squares.
Italferr has also been commissioned to design the Suspended Forest. Around the central park will rise residences, offices, social housing, student housing and services interconnected to the entire metropolitan area via the railway and underground stations.

In particular, within the Scalo, COIMA SGR will be responsible for the development of the Olympic Village, the free and subsidised residential component with social housing (ERS) and the ex-ante forecast for the transformation of the Olympic Village into student housing with rooms at subsidised prices, investing in the project through the COIMA ESG City Impact Fund, participated by the ENPAM Foundation, Cassa Forense, Cassa Dottori Commercialisti, Inarcassa, BCC Credito Cooperativo, CARIPARO Foundation, Compagnia di San Paolo and COIMA SGR.
Covivio will oversee the development of new-generation offices in the eastern quadrant (East Gate) of the Scalo area, in accordance with the Group’s highest international standards: they will be flexible, sustainable offices that stimulate increased productivity and maximise collaboration and inclusion.
Prada Holding S.p.A., interested above all in the quality of the park, will construct a building for laboratory and office use to extend its existing activities in the area.
For more information visit www.scaloportaromana.com. 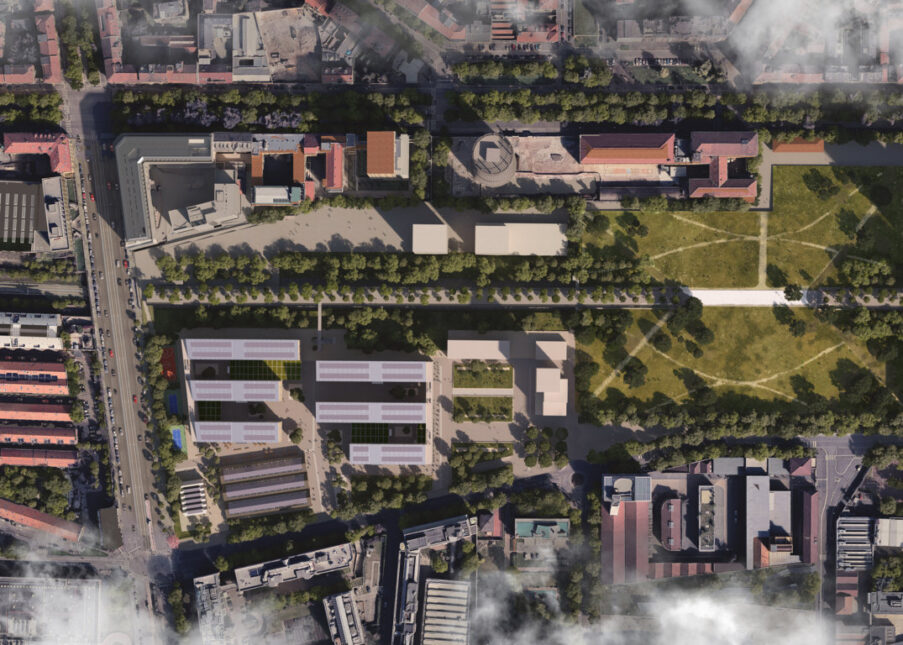 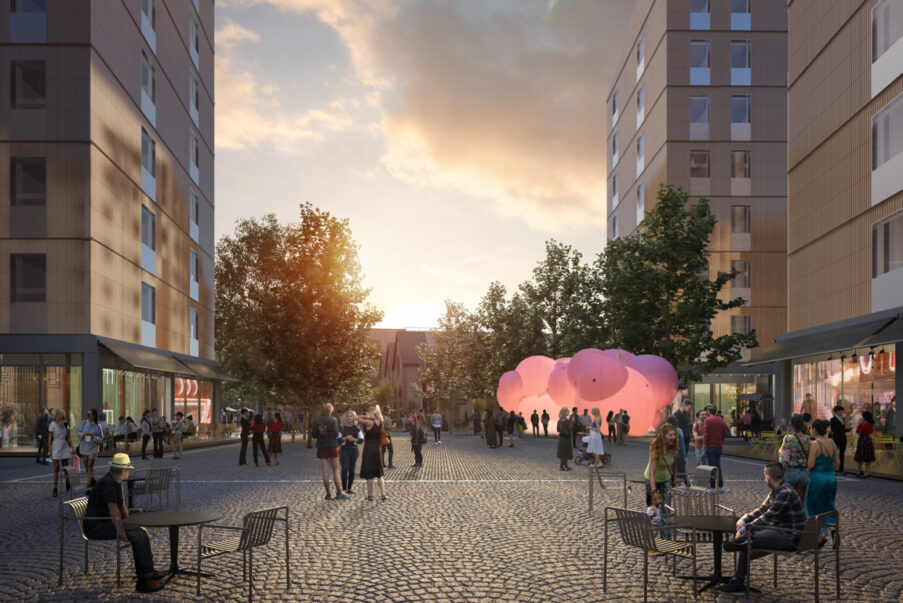 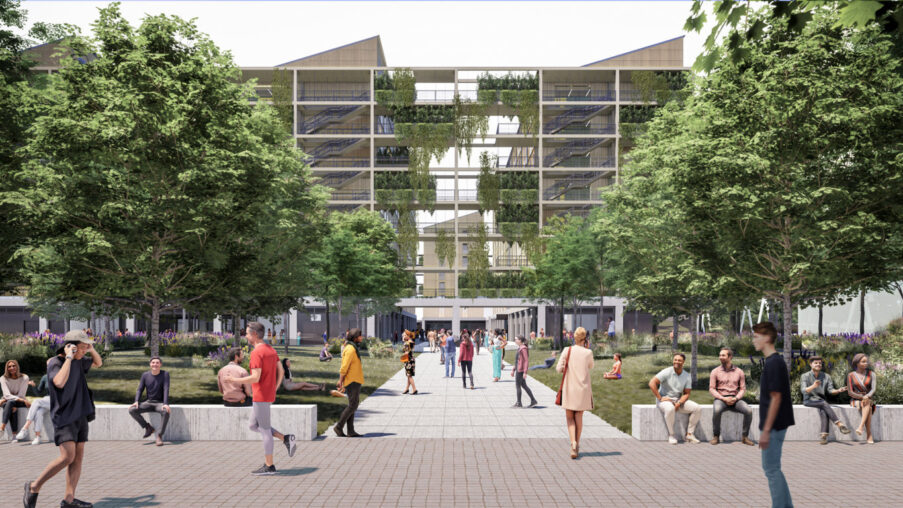 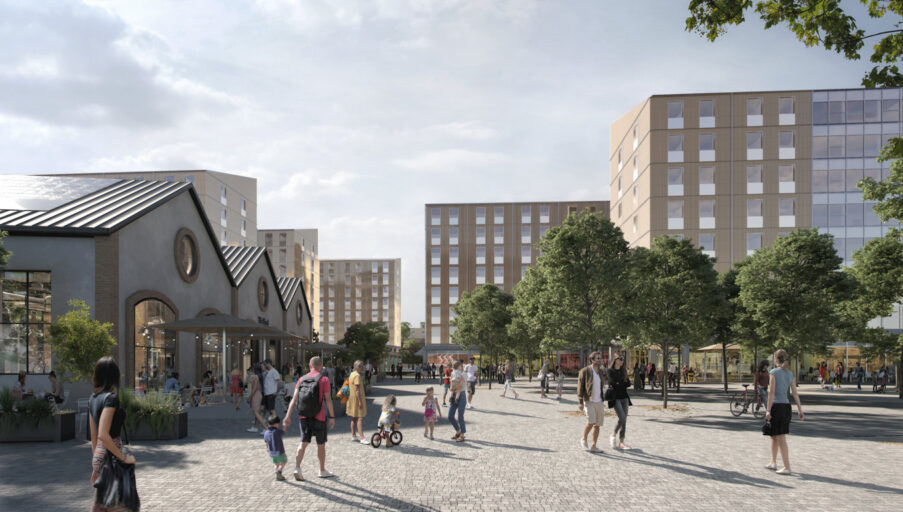 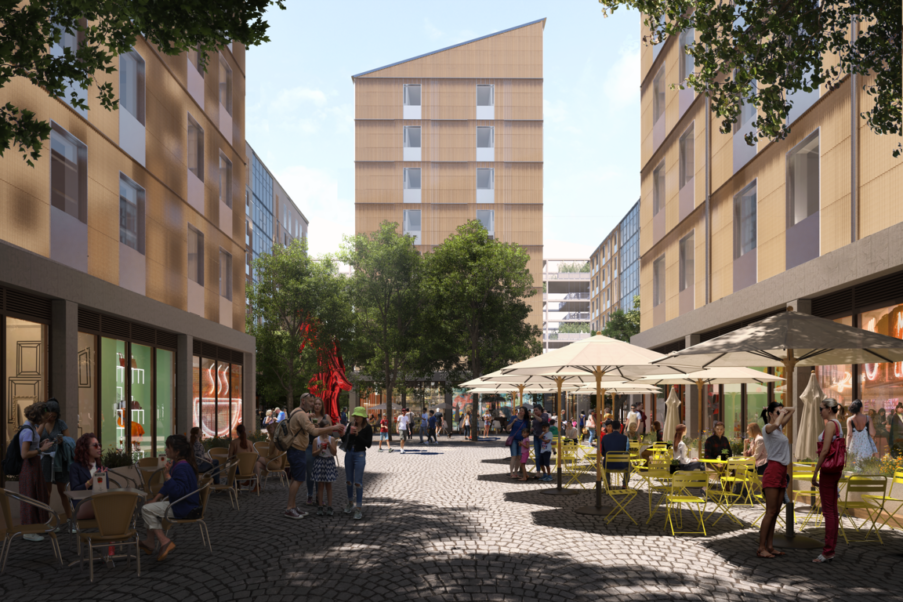 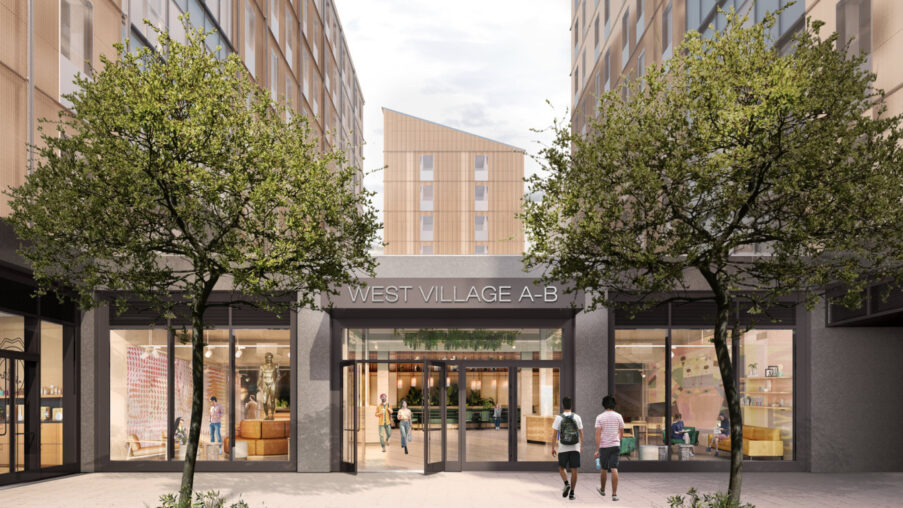