To provide the best possible service, we use cookies on this site. Continuing the navigation you consent to use them. Read more.
PROJECTS
·8 June 2018 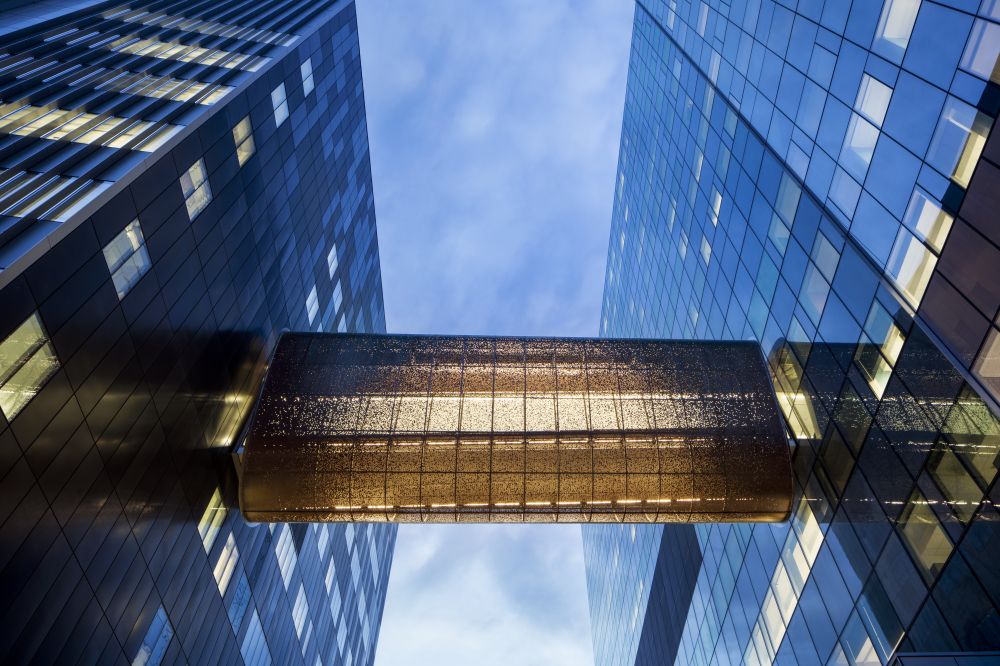 The new Centre Hospitalier de l’Université de Montréal (CHUM), a hospital complex designed by CannonDesign + NEUF architect(e)s is the result of a public-private partnership and is the largest in North America as well as being the first in terms of top quality research. After completion of the first phase the building, which occupies two entire blocks in downtown Montreal and incorporates three older hospitals, takes the form of functional blocks that are designed to reconnect both the urban and social fabric.
The architectural volumes have been laid out in an unaffected style in order to revitalize a neighbourhood that is in a state of semi-abandonment, cut off from the rest of the city by the construction of the Ville- Marie motorway and bounded by the presence of the river. The complex works on the urban scale by reconnecting sectors of the city thanks in part to the placing underground of two sections of the road while it interacts with the neighbourhood context by appearing as a cornerstone integrated into everyday life.

At the same time it is effective on the human scale thanks to the interface dedicated to the reception at ground level and to the presence of public works of art integrated into the complex and necessary to the life of the building and the street it gives on to.
The artistic experience which consists of reconstructions, sculptures and unexpected perspectives is also enriched by architectural elements transformed into scenographic devices while the use of materials featuring reflections, lighting effects and highlights transforms the composed and ordered language of the façade into a contemporary palimpsest of complexity. 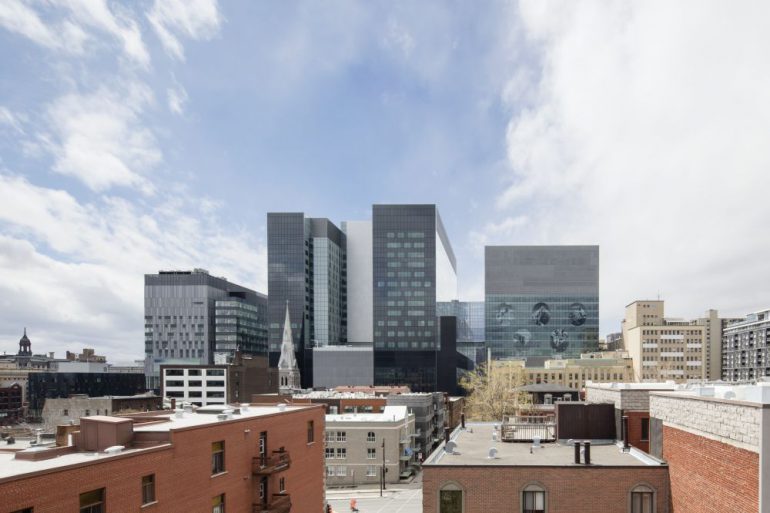 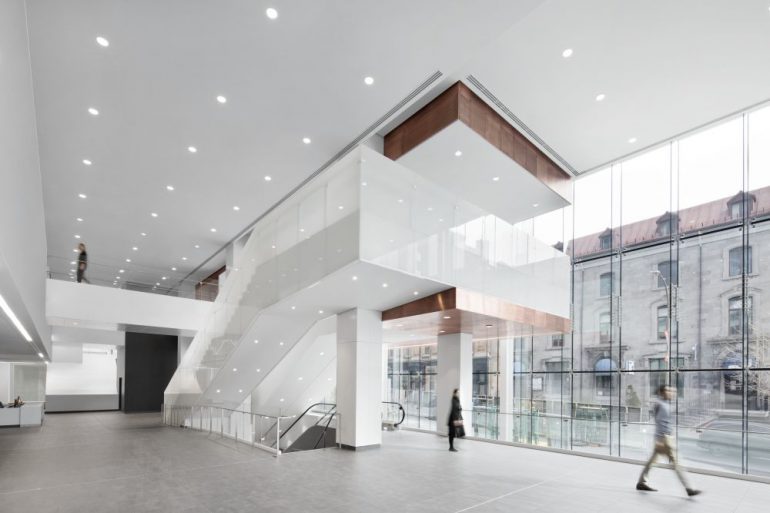 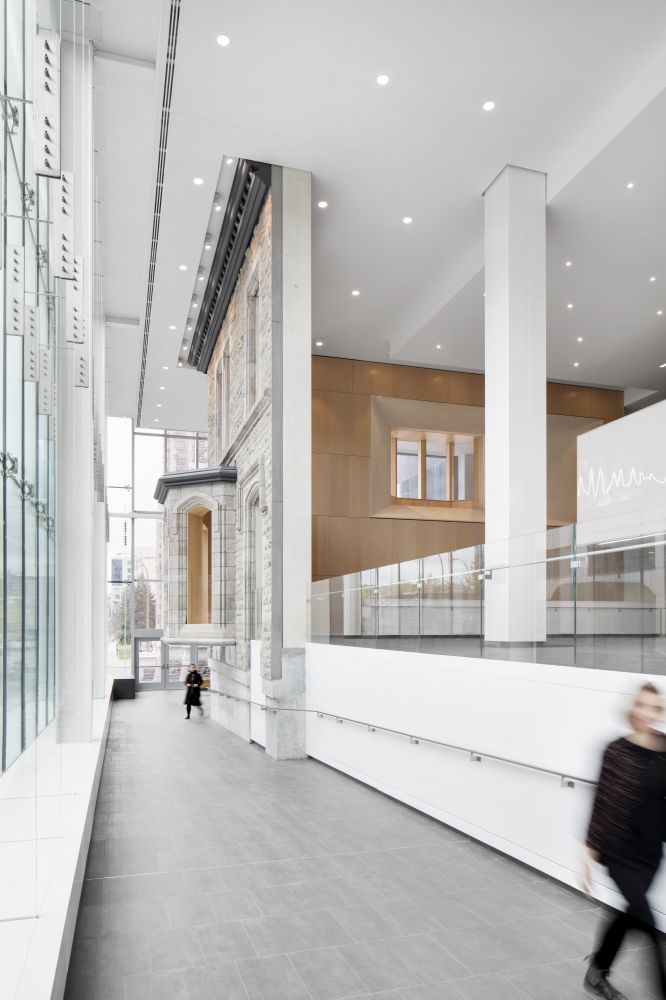 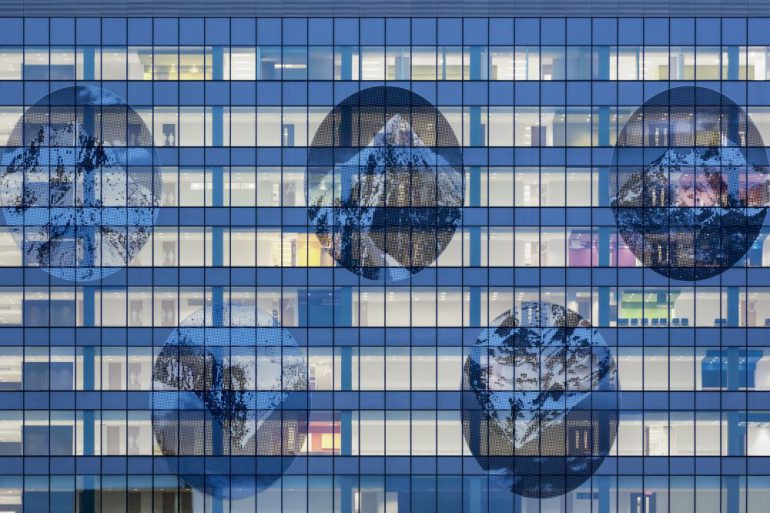 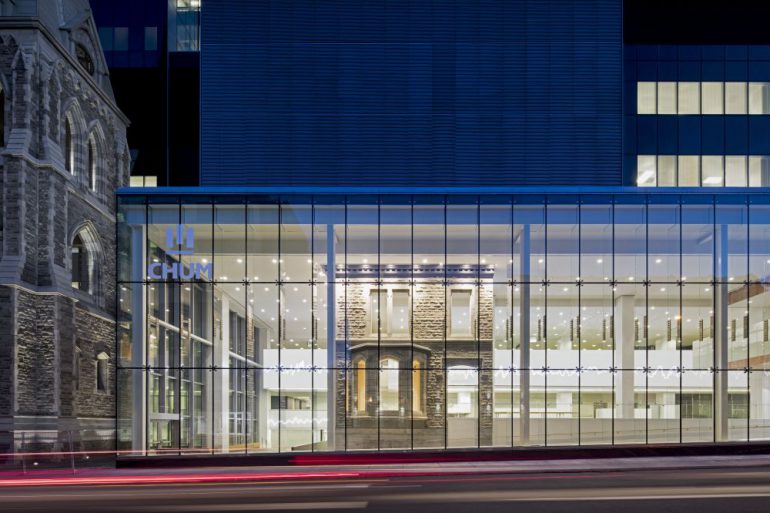 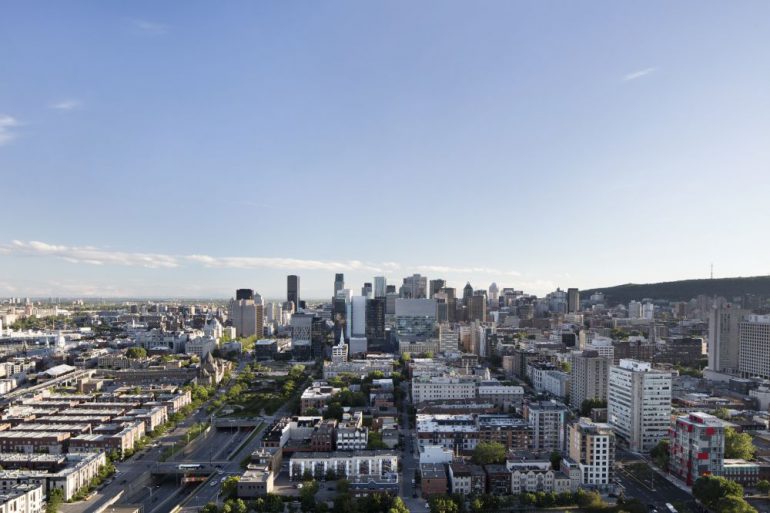 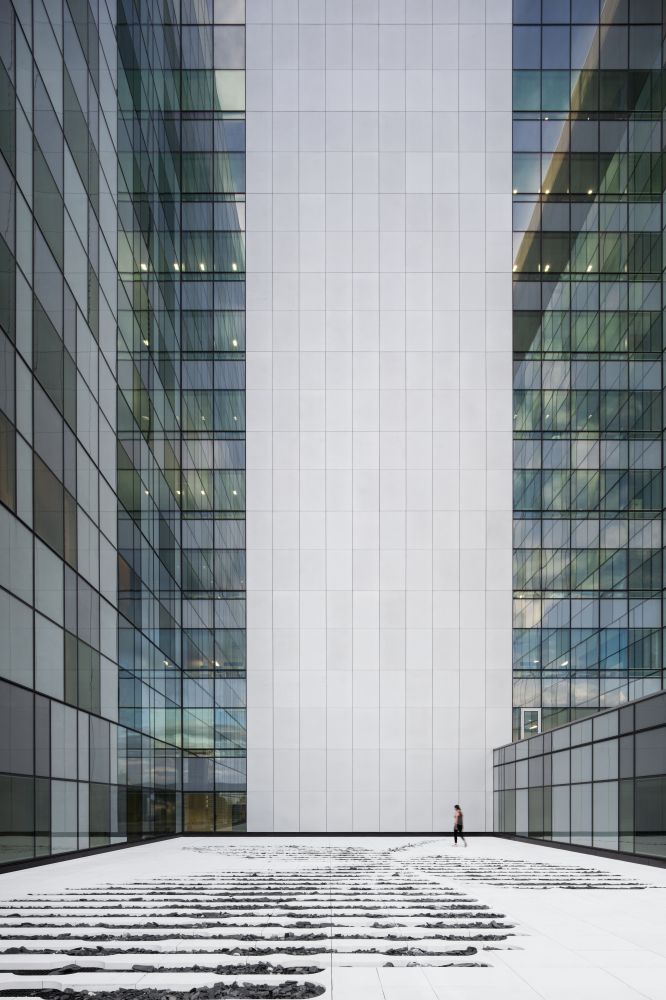 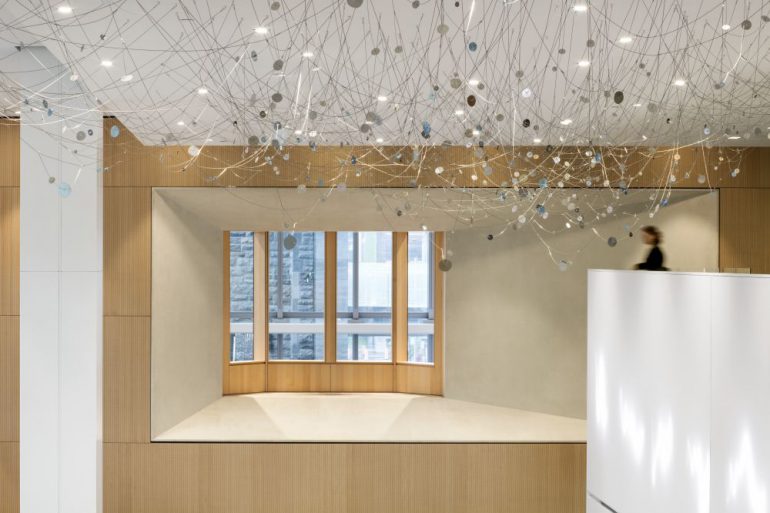 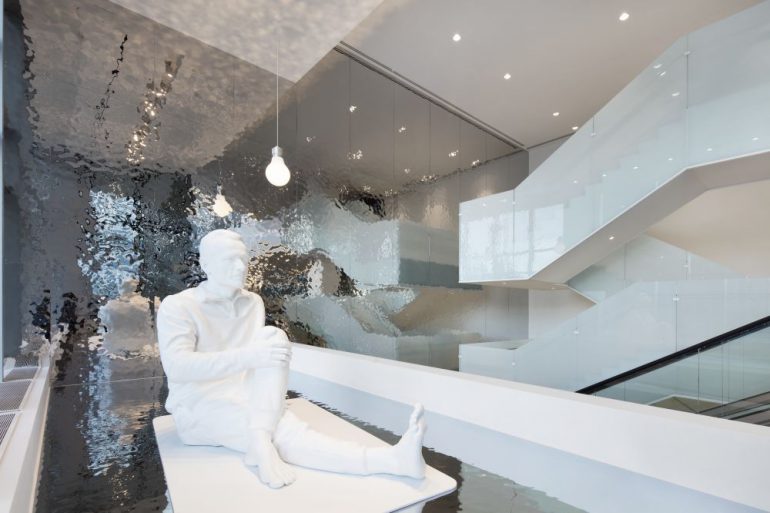 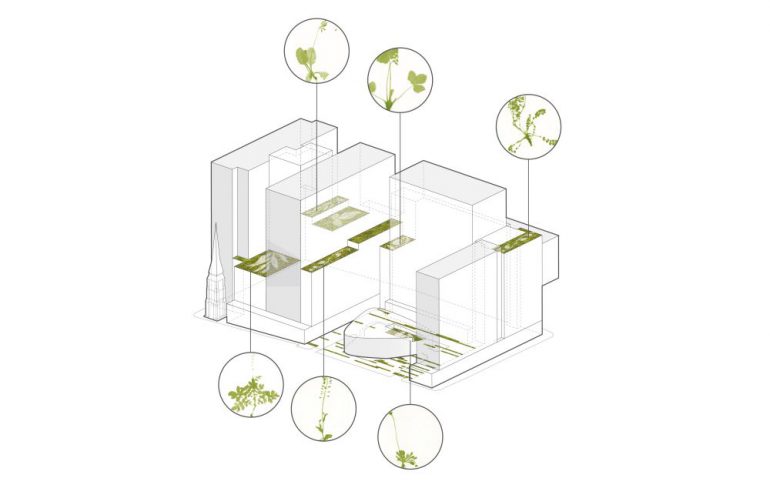 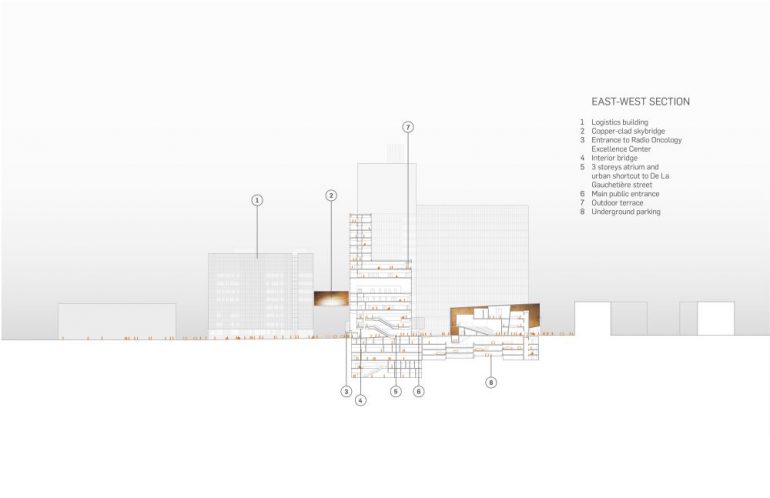 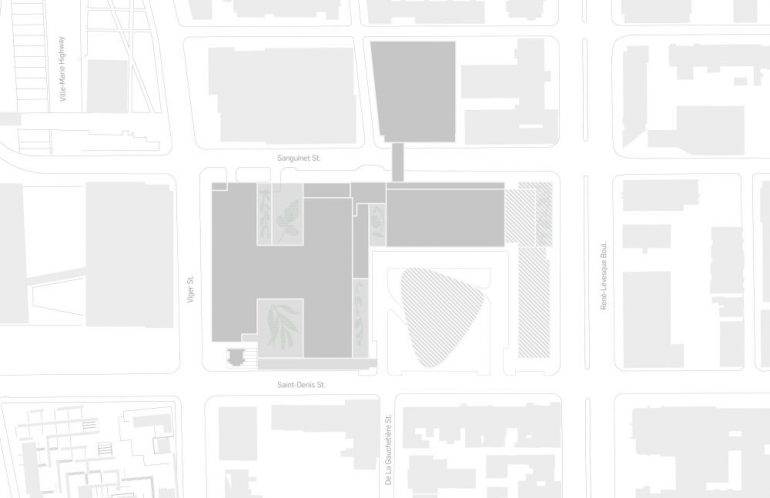 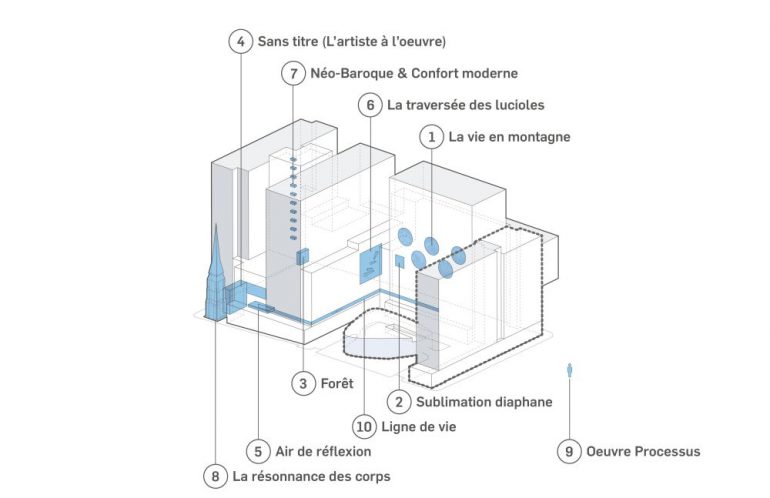 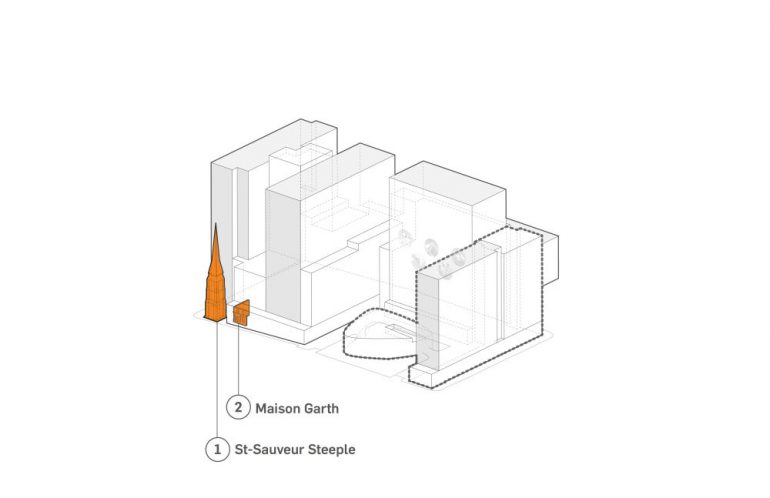 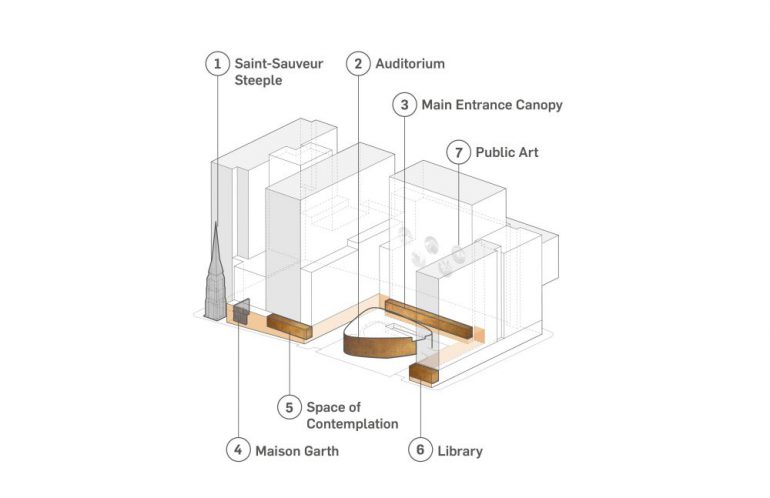 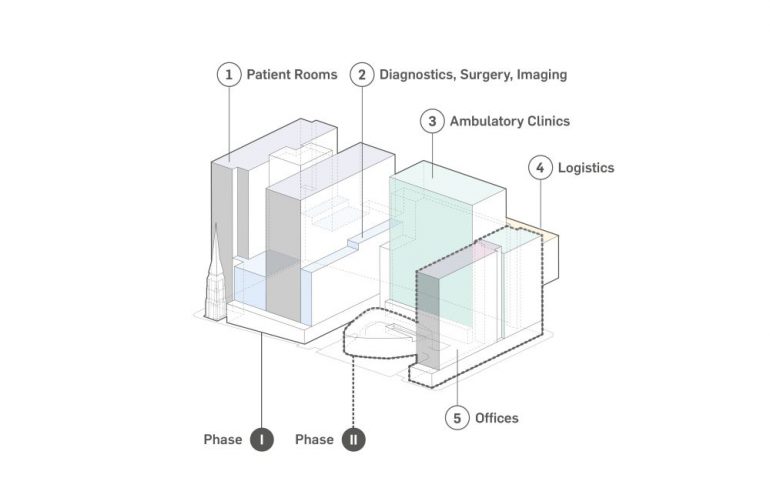