To provide the best possible service, we use cookies on this site. Continuing the navigation you consent to use them. Read more.
PROJECTS
·21 January 2021 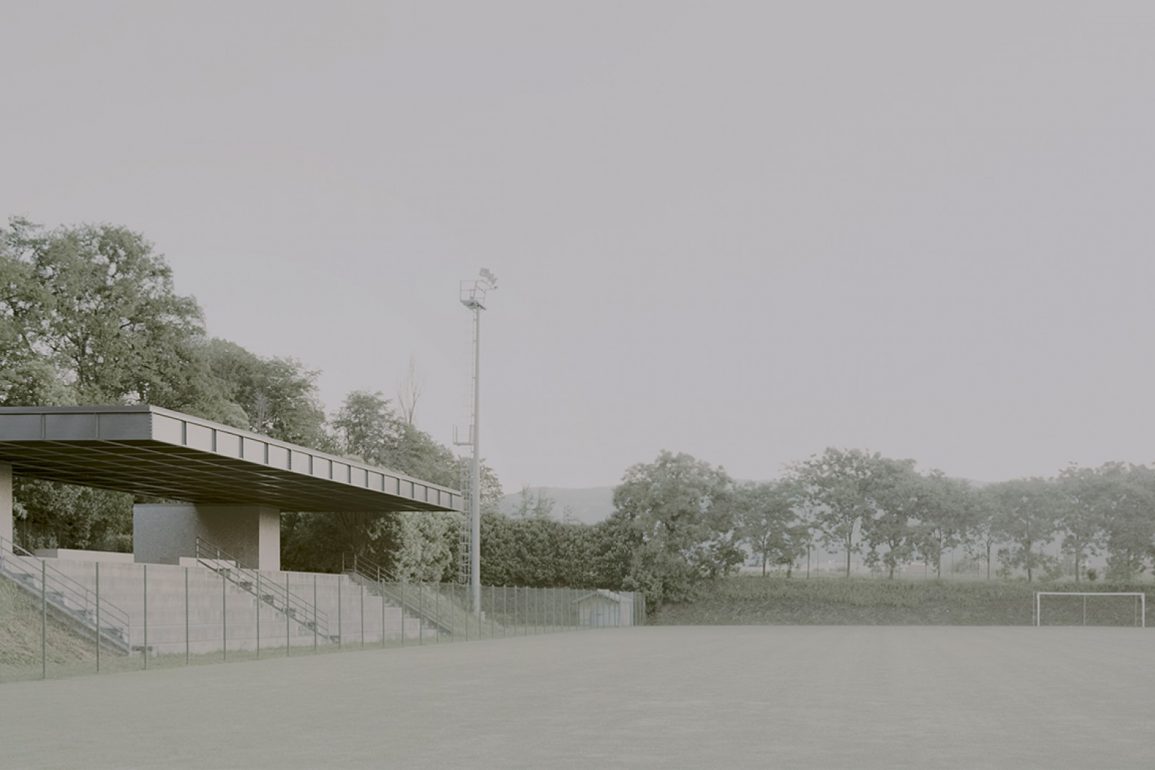 The new roof over the Travettore stadium was designed by young architects Paolo Didonè and Devvy Comacchio, both graduated at the IUAV in Venice, who in 2013 decided to combine their experience and skills to found Didonè Comacchio Architects, which has won numerous awards for the development of concepts such as the secondary school in Zibido San Giacomo (MI) and the new Palazzetto dello Sport in Nembro (BG).

The project creates a covered space with a few targeted gestures, inserting itself in balance between the context and the playing field and acting as a hinge between the two.

The stands, currently located on a slope of the ground, are located along the long side of the football field. The new roof is a single linear horizontal element made of metal beams forming a coffered ceiling suspended between sky and earth.
The structure is supported by two concrete bearing walls orthogonal to each other oriented so as to accommodate the spectators and direct them to view the field. The bare structure becomes architecture and the beauty of the work is given by the rigorous form.

The lighting, concealed in the canopy, is designed to emphasize the voids of the coffered ceiling and gives a sense of lightness to the structure. In order to protect the lights, a metal grid of the same dark color as the structure was placed.

All of these elements generate an aimed view towards the playing field: a cutout of the naturalistic context behind the stands but at the same time offering the viewer an unimpeded view of the sport action, giving a sense of protection underneath the large dark cover. 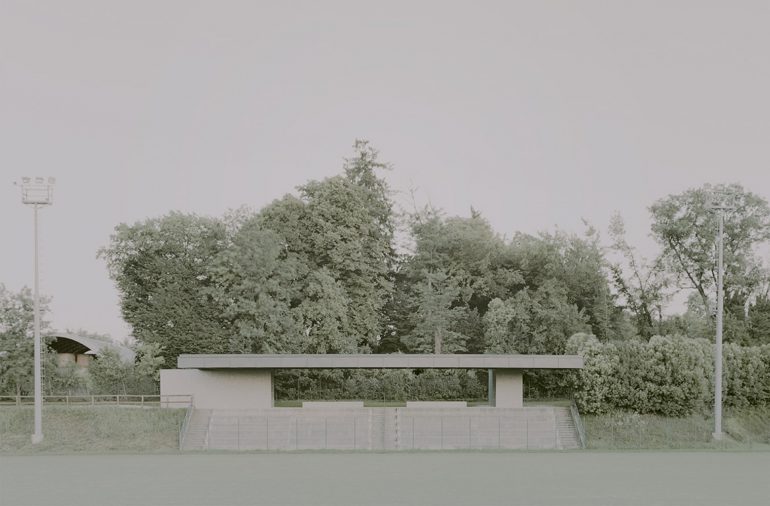 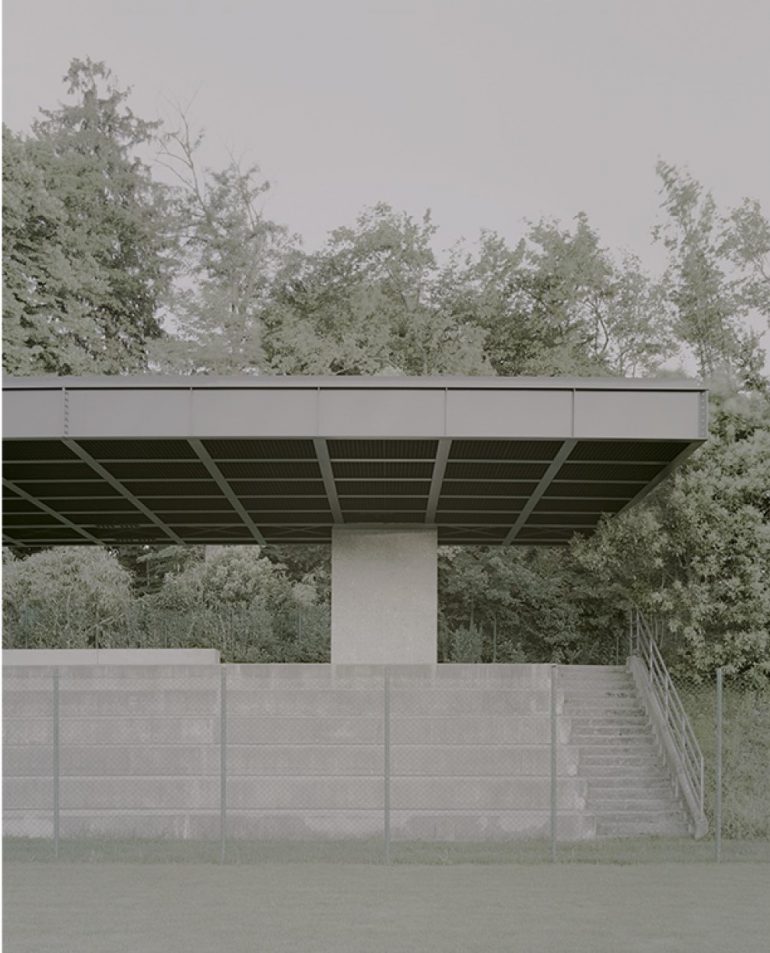 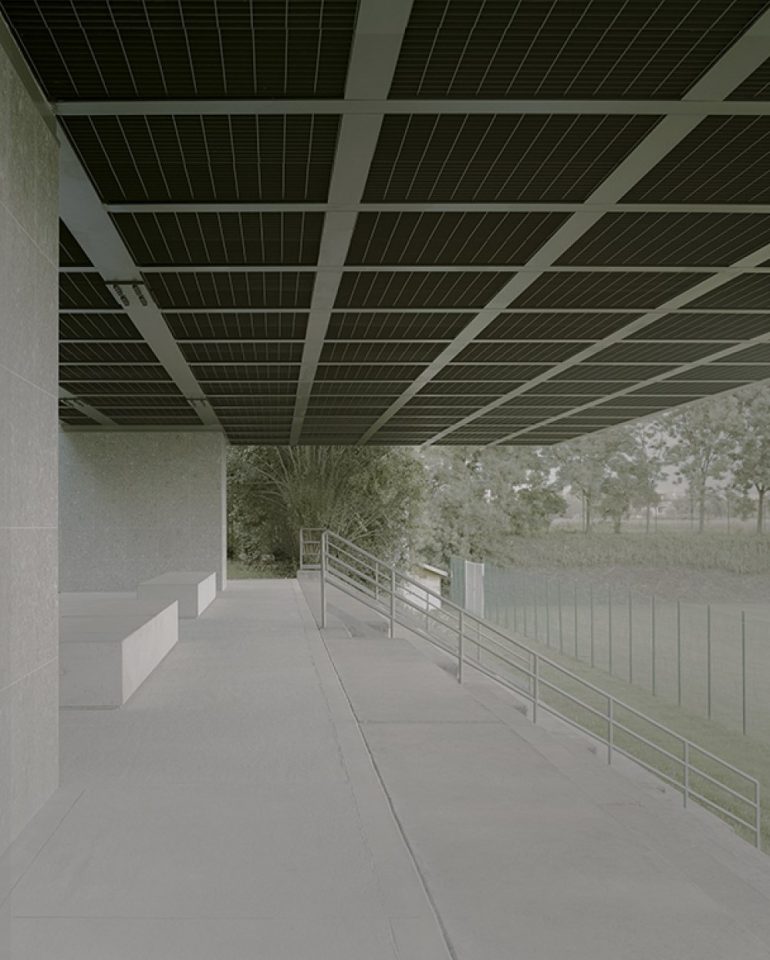 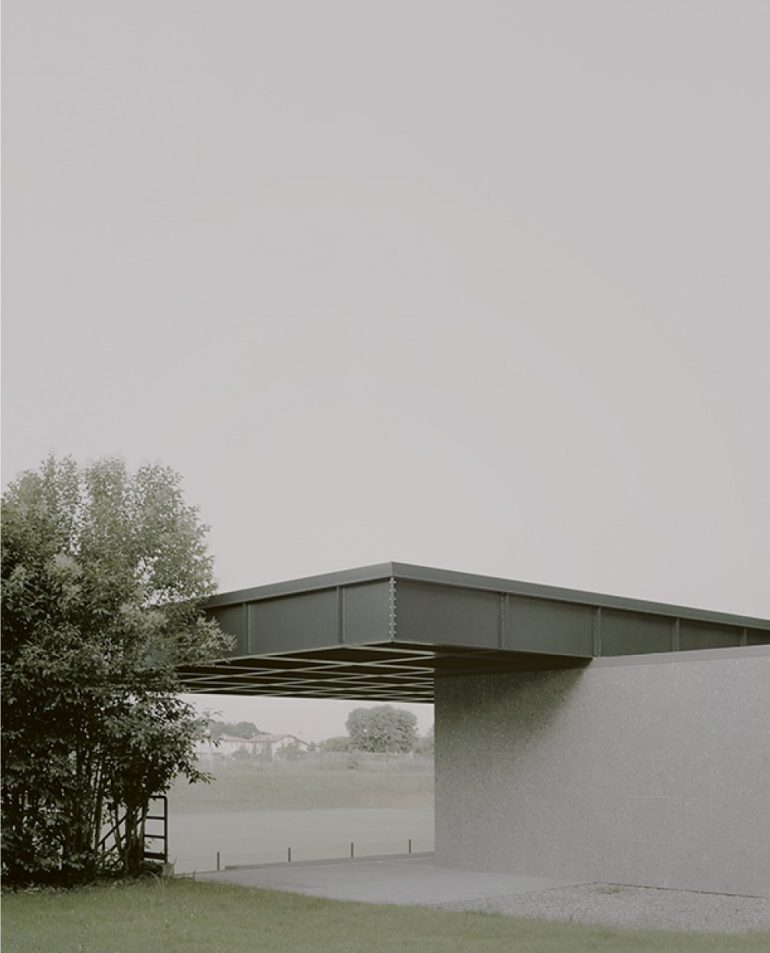 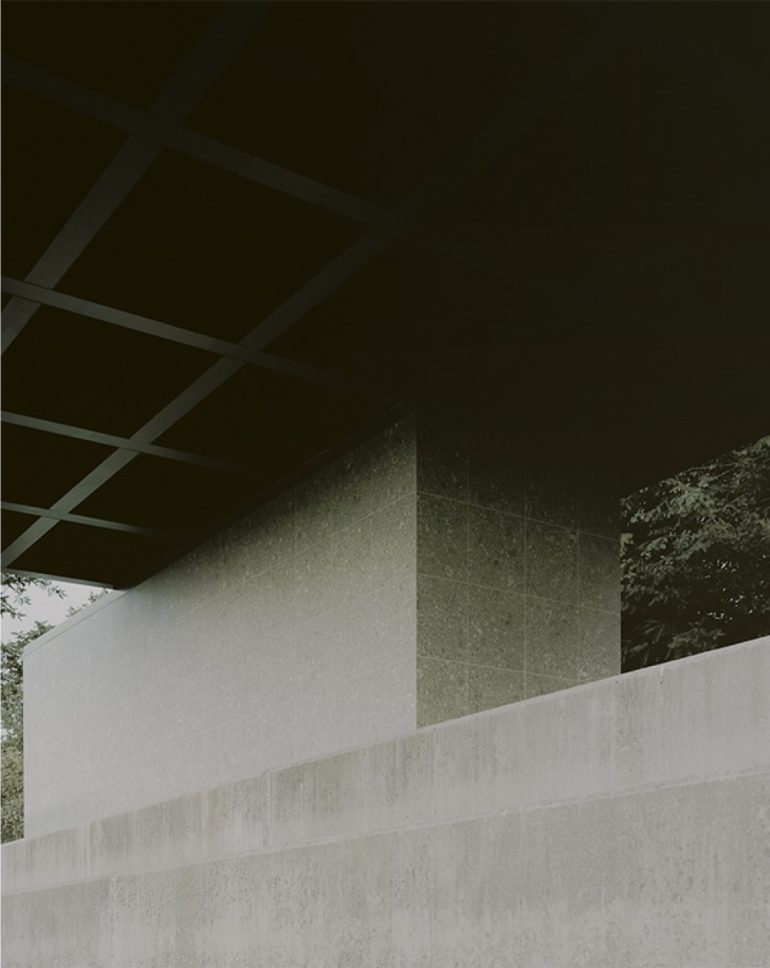