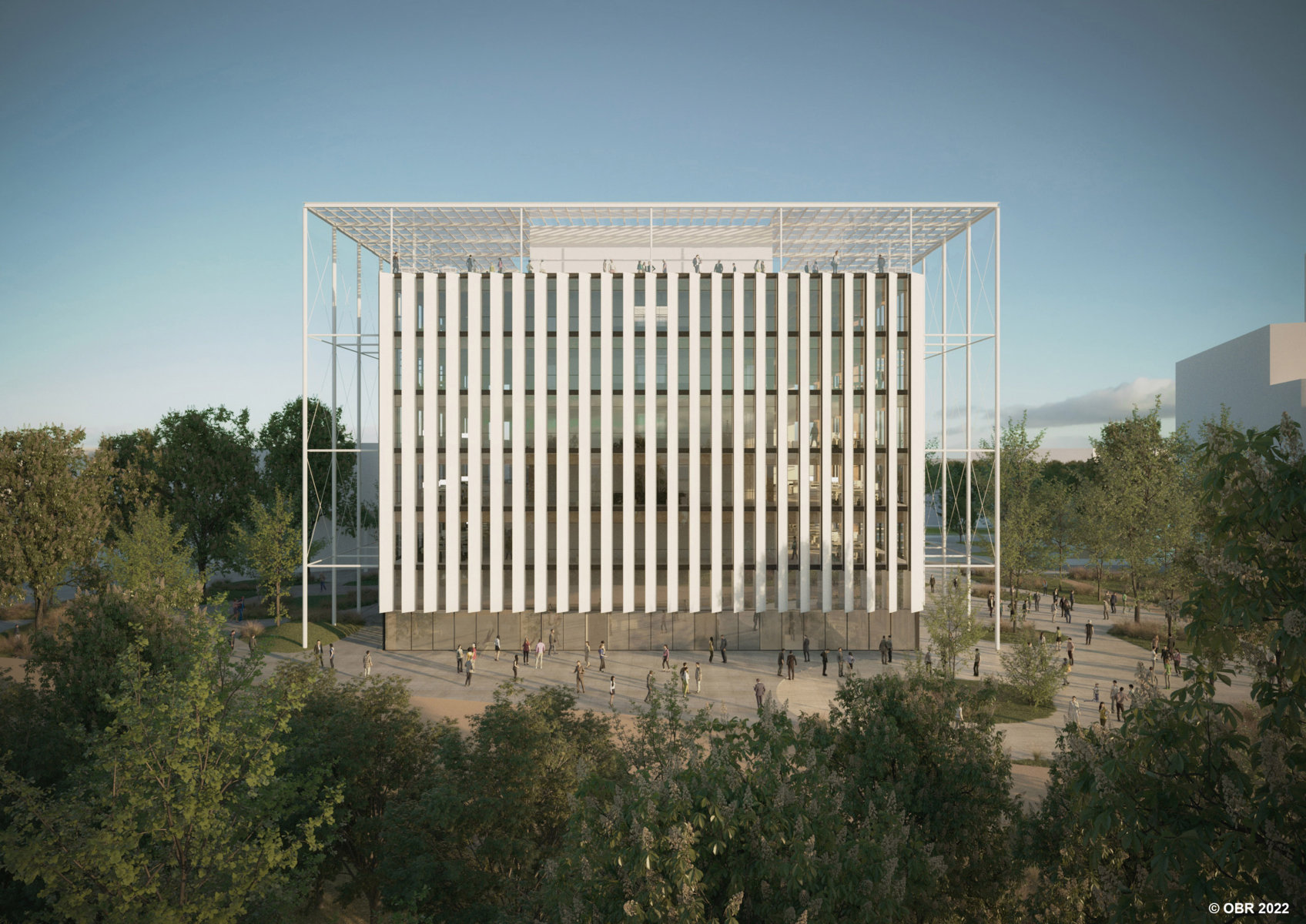 Designed by architects Paolo Brescia and Tommaso Principi of OBR, the Innovation Hub represents MIND‘s most prominent public use building towards West Gate, acting as the bulwark and beating heart of the innovation district.
Like a two-faced Janus, the Innovation Hub faces west to Gateway Square and east to Central Square, contributing to the sequence of interconnected public spaces from the Subway and Railway station.
Bringing together educational, creative, cultural and research activities, the Innovation Hub has been conceived as a manifesto for a renewed social and carbon-neutral environmental awareness.

The architecture of the Hub is a 36-metre cube, characterised by two full-height colonnades that, like two opposing pronaos, face the public squares to the west and east. The colonnades are connected to two mirrored hallways that in turn lead towards the central courtyard, which extends the public value of the Common Ground to the rooftop viewing terrace.
The viewing terrace for public use is protected by the large roof, the ‘flying energy carpet’, which with its 1,000 square metres of photovoltaic panels forms the ‘fifth elevation’: a passive and active device that provides shelter and generates energy at the same time (200 megawatt hours/year) contributing to the building’s needs. It switches on at night and recharges during the day.

The all-wood structure has been designed according to the DFMA Design for Manufacturing and Assembly method, and designed to free interior spaces from any structural and plant engineering constraints, to the benefit of increasingly open, permeable and flexible environments.
Inside, there will be retail spaces on the ground floor and offices and co-working spaces on the five upper floors, for a total of 10,000 square metres of built surface area that will accommodate up to 1,300 people.
More than an isolated building, the Innovation Hub is conceived as an “open system”, characterised by a dialogic architecture that, starting by listening to those who will inhabit it, works on time, even before space, accepting future changes and responding to the changing desires of its inhabitants.
For more information visit www.obr.eu. 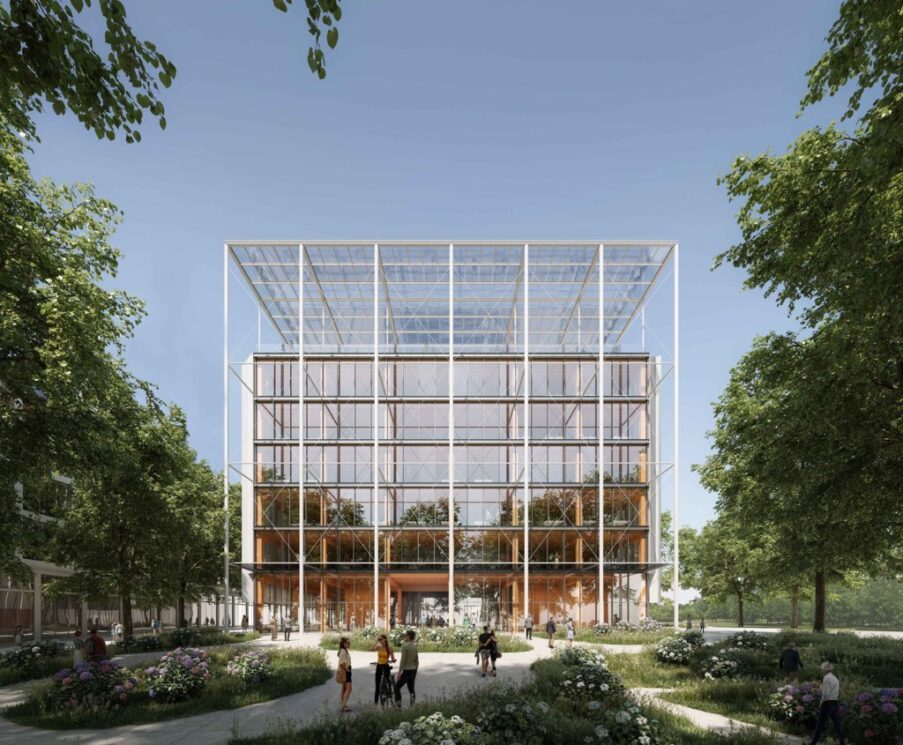 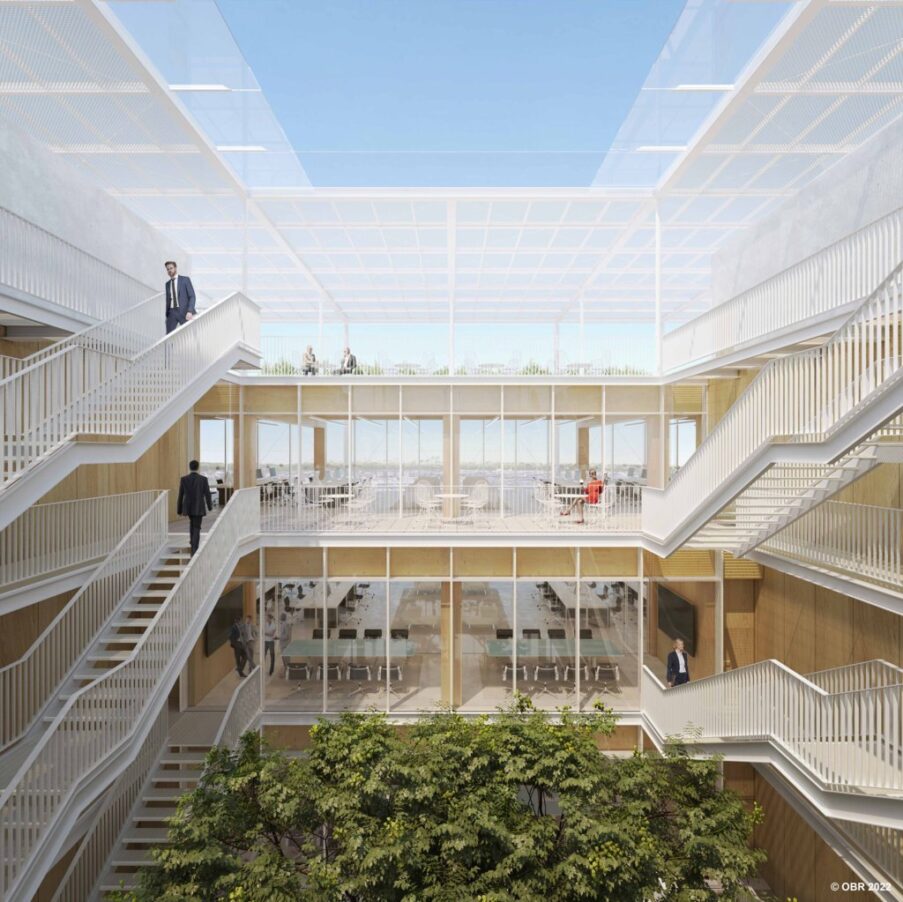 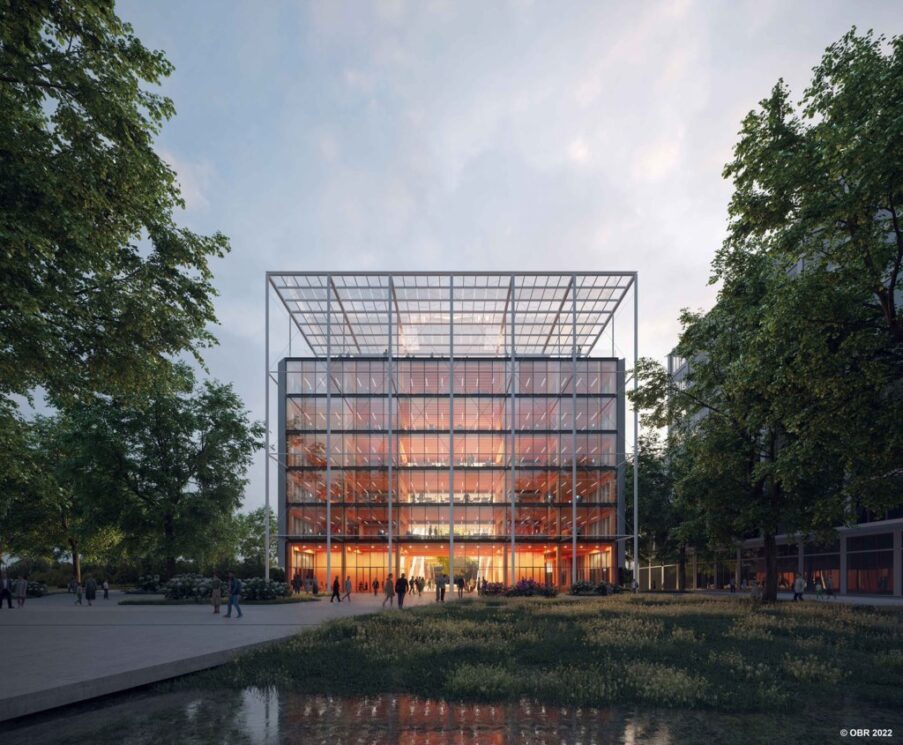 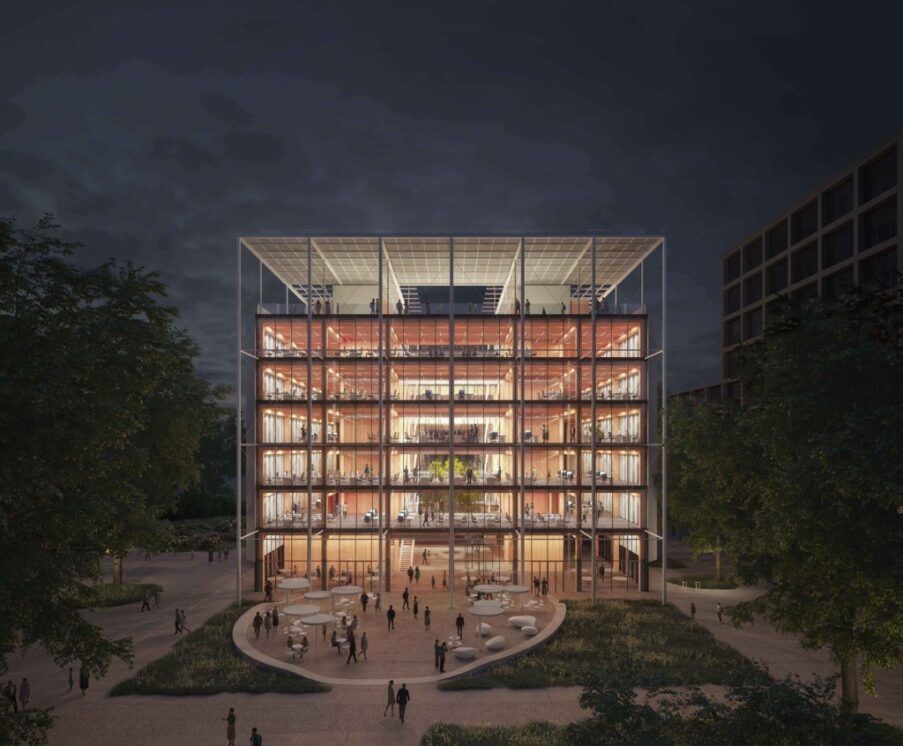