To provide the best possible service, we use cookies on this site. Continuing the navigation you consent to use them. Read more.
PROJECTS
·4 November 2021

Located in Milan Via Ceresio a late sixties industrial building has been renovated and converted for office use by Asti Architetti. The intervention foresaw the preservation of the A2A building but following contemporary aesthetics and thus integrating with all the other new buildings it is placed next to, such as the new headquarters of the Associazione per il Disegno Industriale – ADI. Asti Architetti decided to privilege the east and west fronts in order to create an open space workspace facing the square and on the other side the Paolo Sarpi area. The design of the main facade has focused on the restyle of the facade with a reticular scheme composed of metal structures placed horizontally.

The basic idea was to make them well delineated and recognizable, joining them with two other elements at the bottom and at the top that mask the bearing structure in metal carpentry of the building. The visual impact is thus a volumetric game that thanks to this alternation between full and empty spaces moves away from the rigid scheme of the previous project which was based instead on horizontal bands of different colors. The new façade opens towards the open public space of the square with a double-height porticoed element that also stands out chromatically with a strong graphite color that contrast with its more subdued upper color.

This architectural element dialogues with the square and hosts the main accesses of the building and plays the role of dividing the front allowing the reading of the basement. The blind facades to the south and north have been designed using large format ceramic slabs.This project has taken full advantage of all the regulatory provisions regarding energy bonuses and has obtained LEED GOLD certification. Part of the material of the metal carpentry is recycled, there is a rainwater collection system that recirculates rainwater and bicycle parking area and a changing room with showers for cyclists. The project realized by Asti Architetti represents more clearly the building than its predecessor and integrates it more with the style of the square that surrounds it. 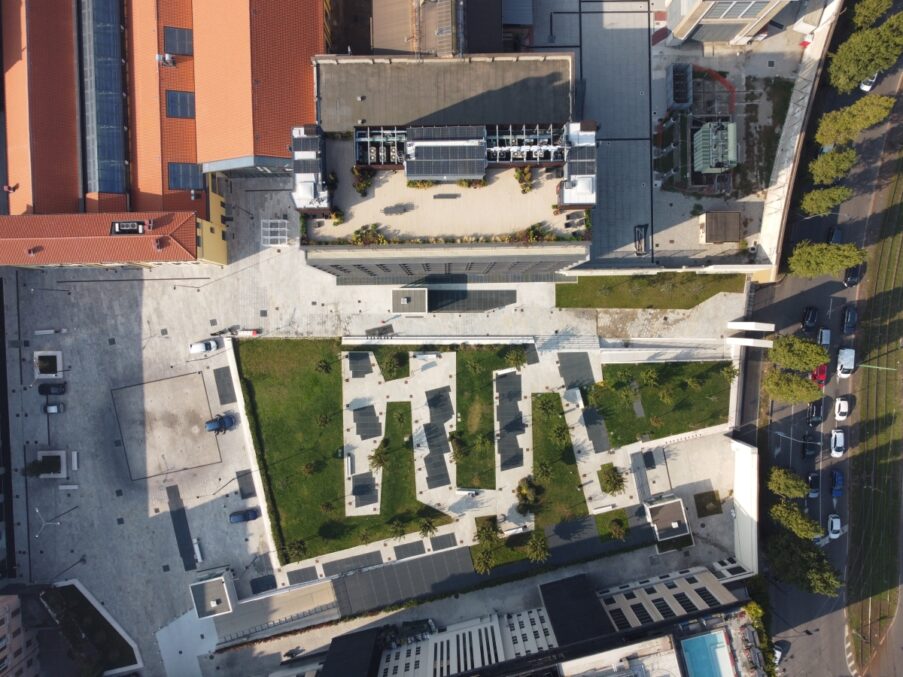 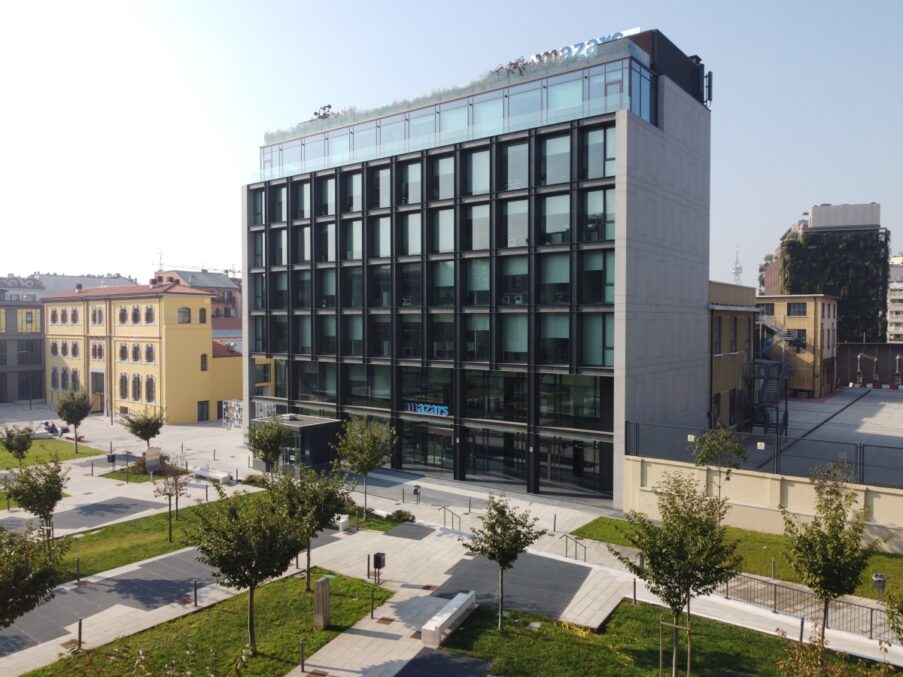 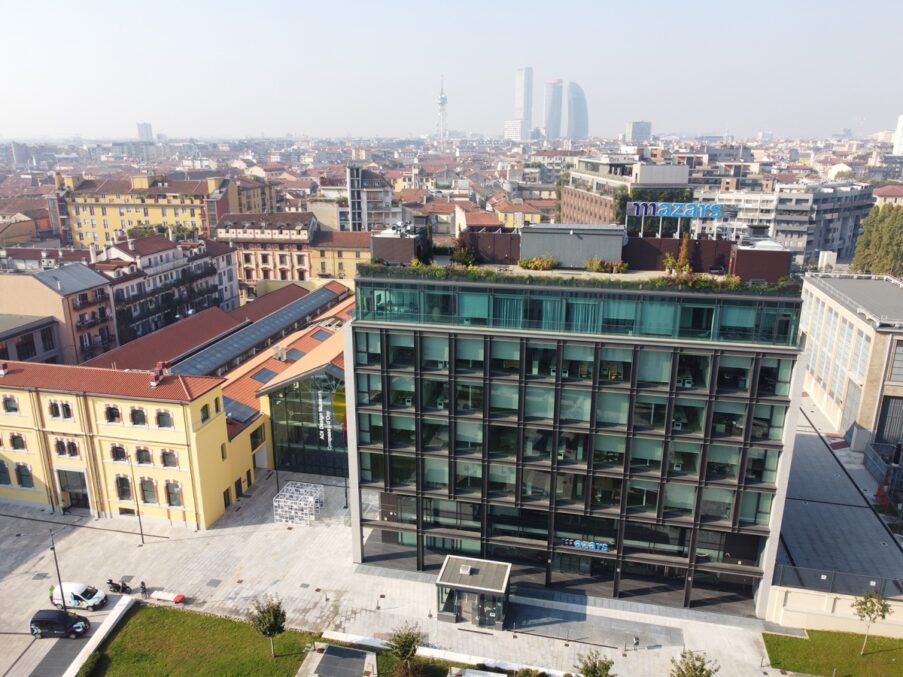 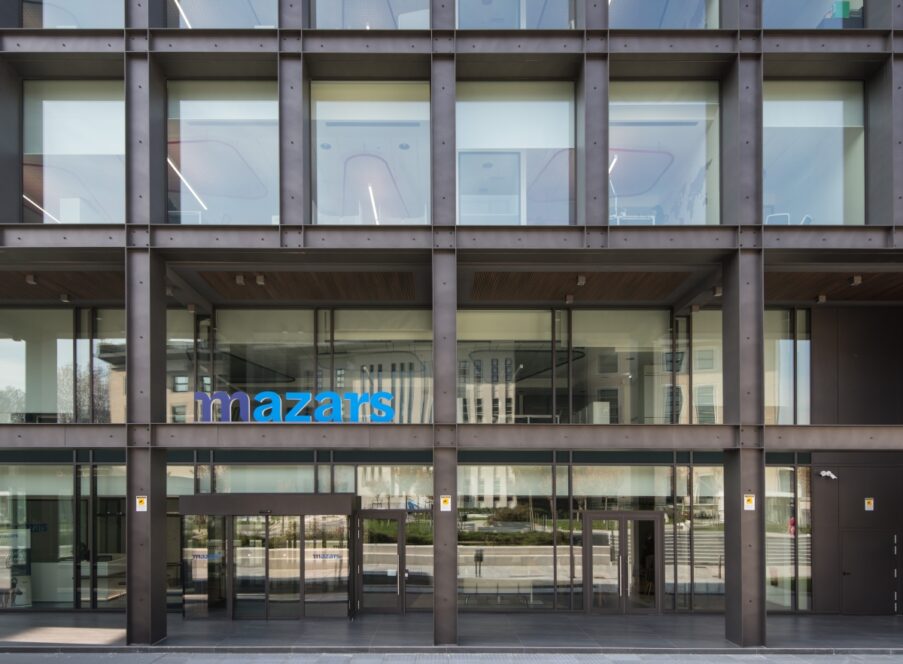 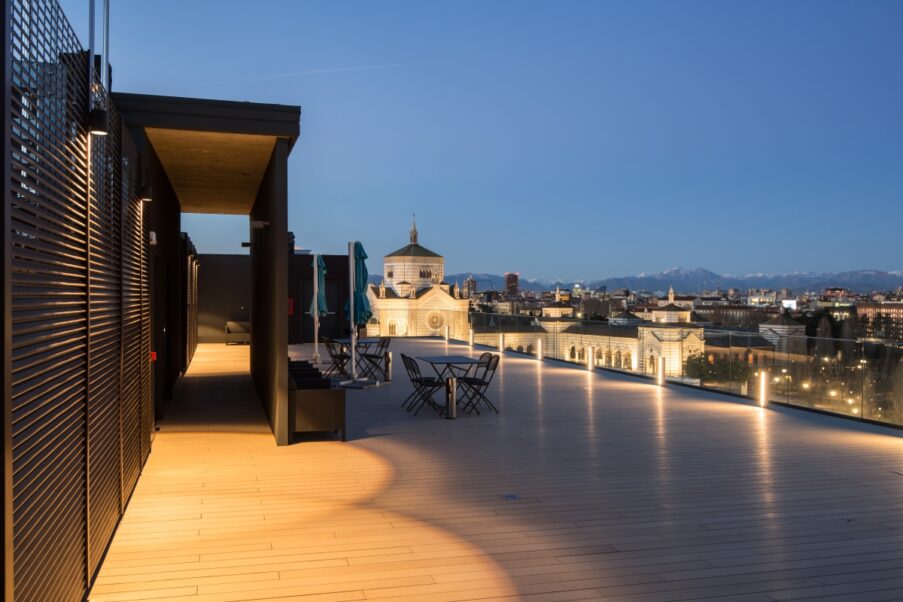