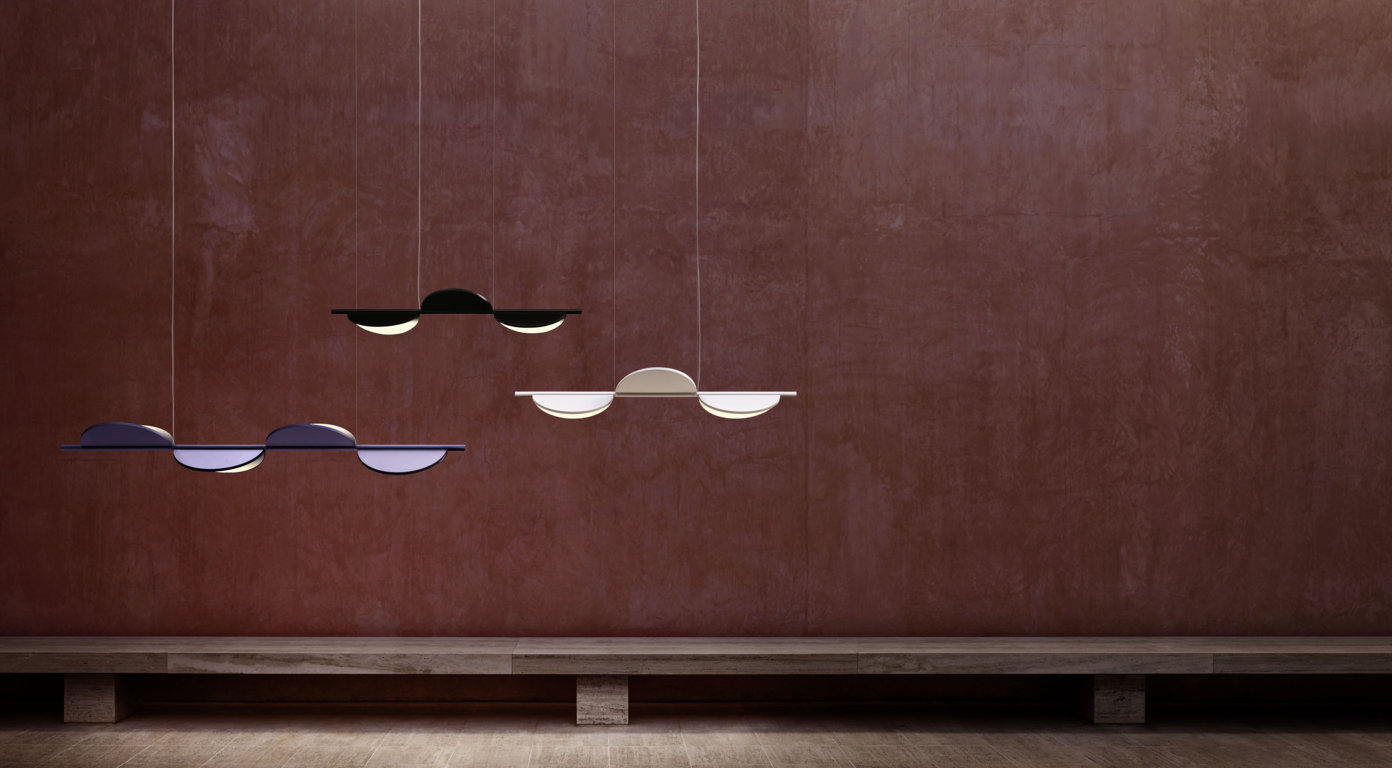 Patricia Urquiola has designed a gentle lighting system for Flos, inspired by a fruit and designed to minimise environmental impact.
Almendra is a modular, customisable and extensible lighting system, based on an idea of light that is functional and efficient but at the same time gentle and soft: an extremely comfortable light, explains the designer, “like the light that caresses the leaves of a tree outside the window of your home”.

With Almendra, Urquiola constantly plays on the dualism of technology and nature, picking up on a design approach she is fond of, already applied to the Serena collection in 2015.
Almendra means almond in Spanish. In Urquiola’s vision, it is the perfect organism to embody the union between nature and mechanics: a seed-container, a contained presence with a simple form that nevertheless contains a precious source of energy, the fruit. And it lets it out gently, opening up.
Designing in an almost biophilic way, with Almendra Urquiola he came up with a module whose shape recalls that of two shells of an open almond, connected by a central pin. It is from here that a LED source spreads the light, which comes out uniformly from the entire open surface.
The module, assembled with a linear or curved stem, creates a range of solutions: with 3, 4 or 6 lights, which can be positioned downwards or upwards.

The Almendra system, which on the one hand allows severe, linear compositions, perfect for lighting large tables, and on the other hand organic compositions, designed to float like large suspended apostrophes, responds to the need to furnish rooms with lights that can dialogue with the space rather than with traditional chandeliers.
The simplicity of the object conceals a refined technology. The thickness of the shell is extremely reduced and the light comes out from a LED source positioned in the central pin and diffused along the side petals in a uniform way thanks to an optical guide system (Edge Lighting technology).
The result is total lighting comfort increased by the possibility of positioning the lighting shells upwards or downwards, even in the same luminaire, thus obtaining different types of light from the same system.

The Almendra module has been designed to minimise environmental impact, in line with Flos’ constant efforts towards sustainable production. The choice of materials and design (design for disassembly) contribute to this effort.
The choice of a customised colour palette built ad hoc on the basis of the personality of the designer and his project is a choice that Flos’ design curators, Calvi Brambilla, have been pursuing since 2019.
For Almendra, the two asked Urquiola to work in line with this approach and the result is a selection of colours derived directly from the object that inspired the luminaire: the almond.
For more information visit www.flos.com 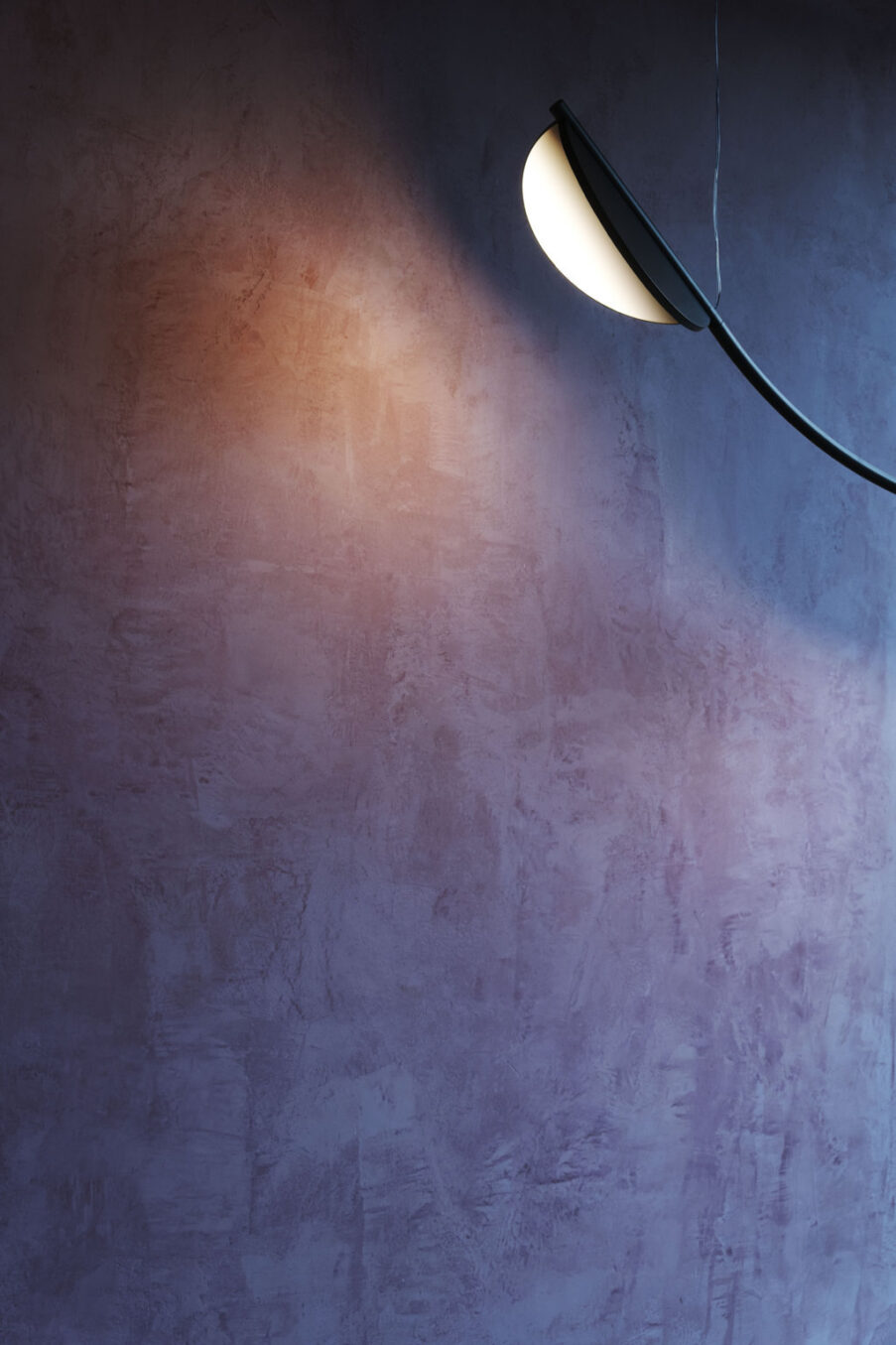 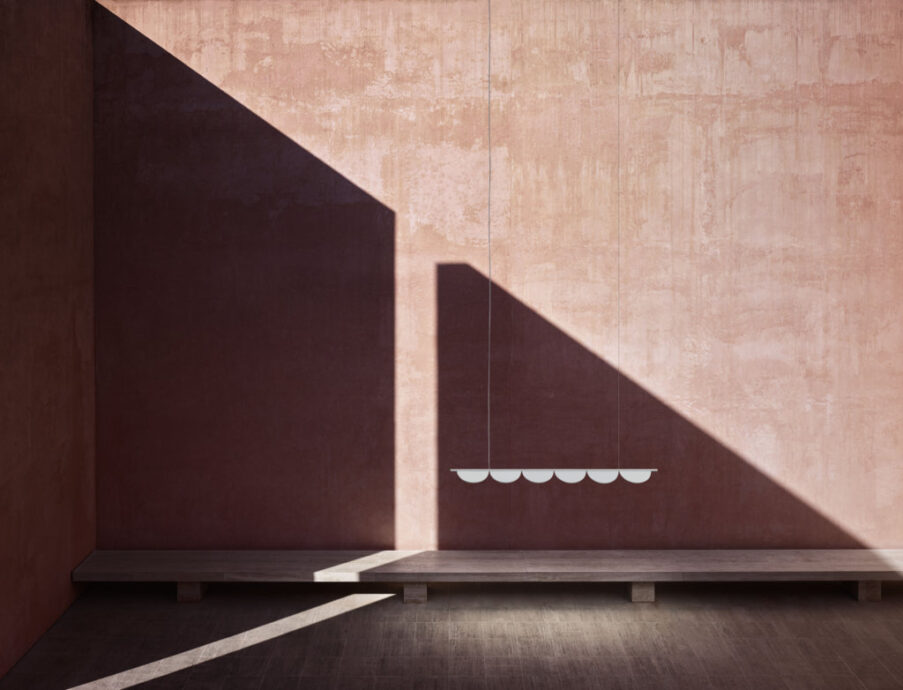 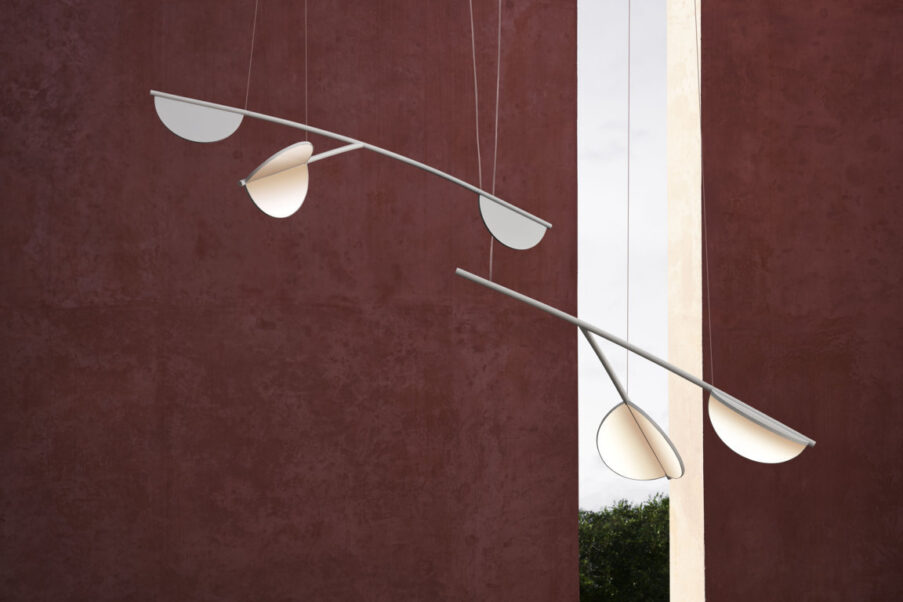 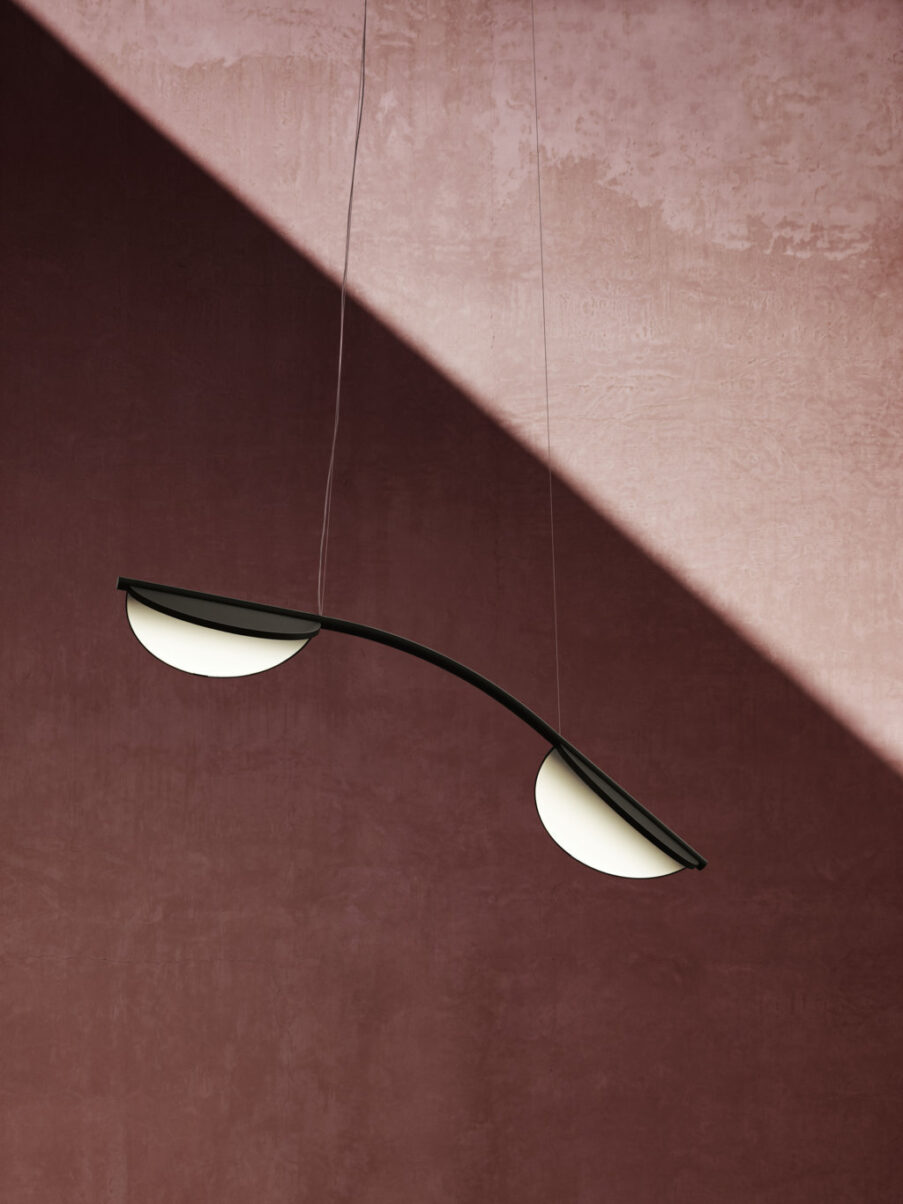 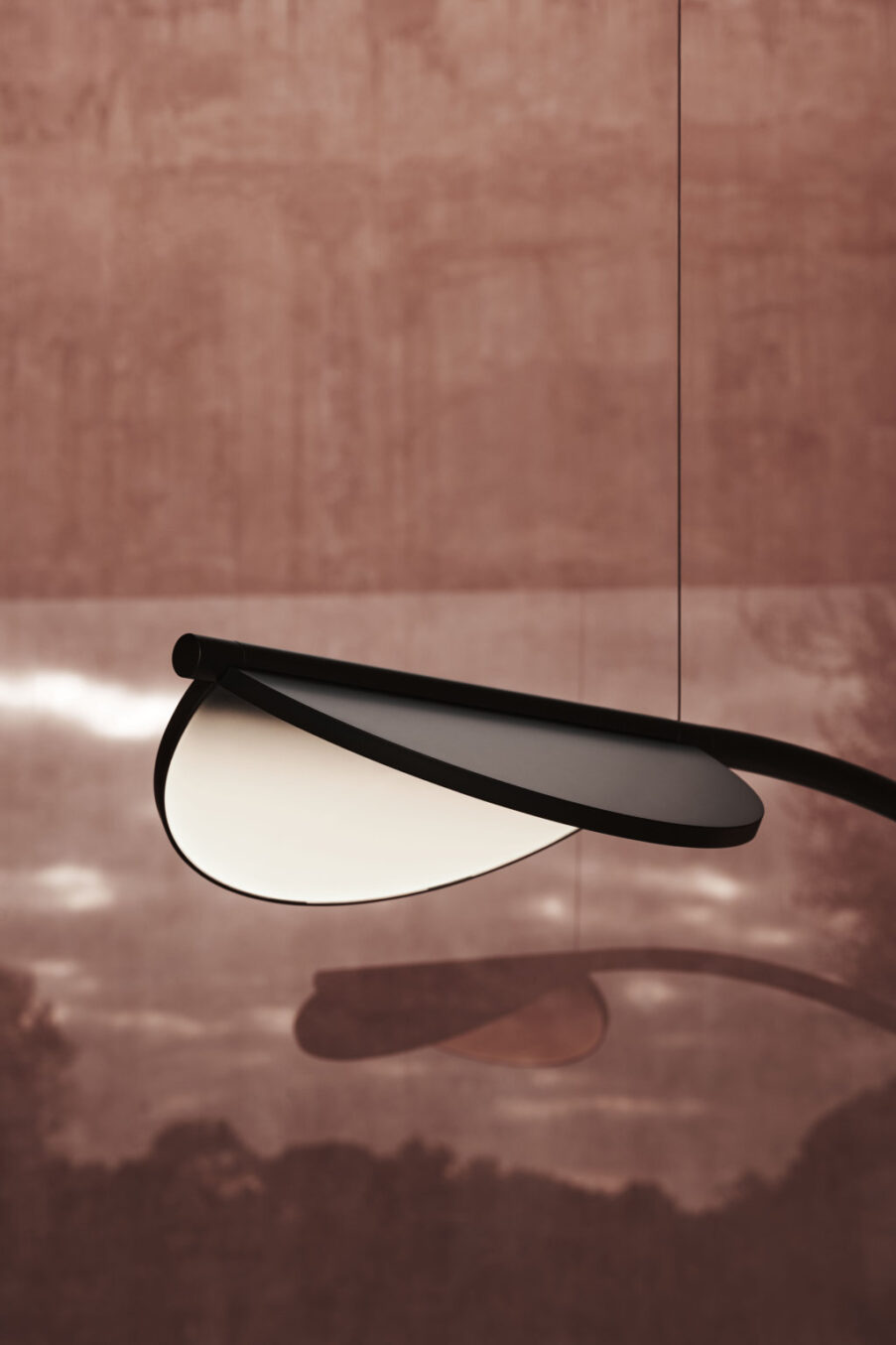 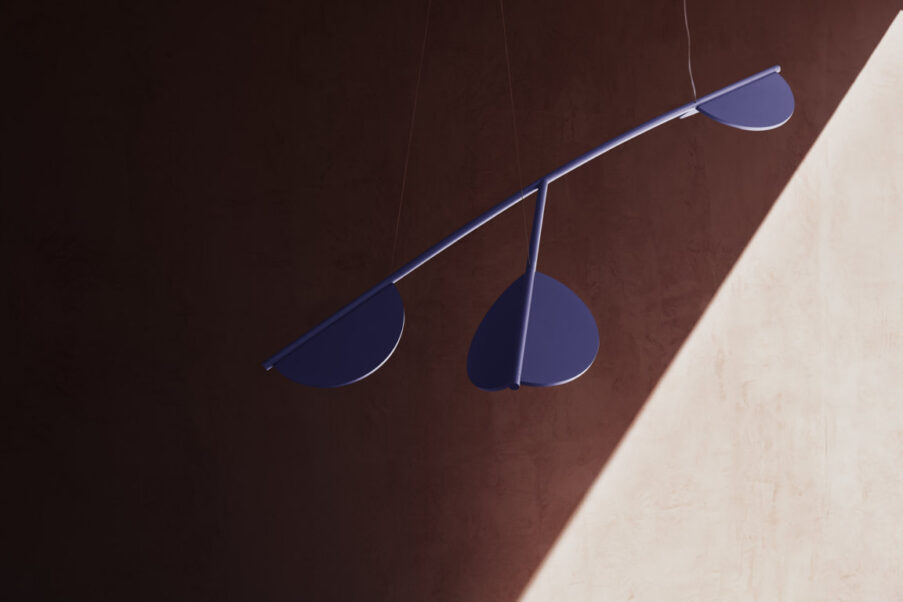