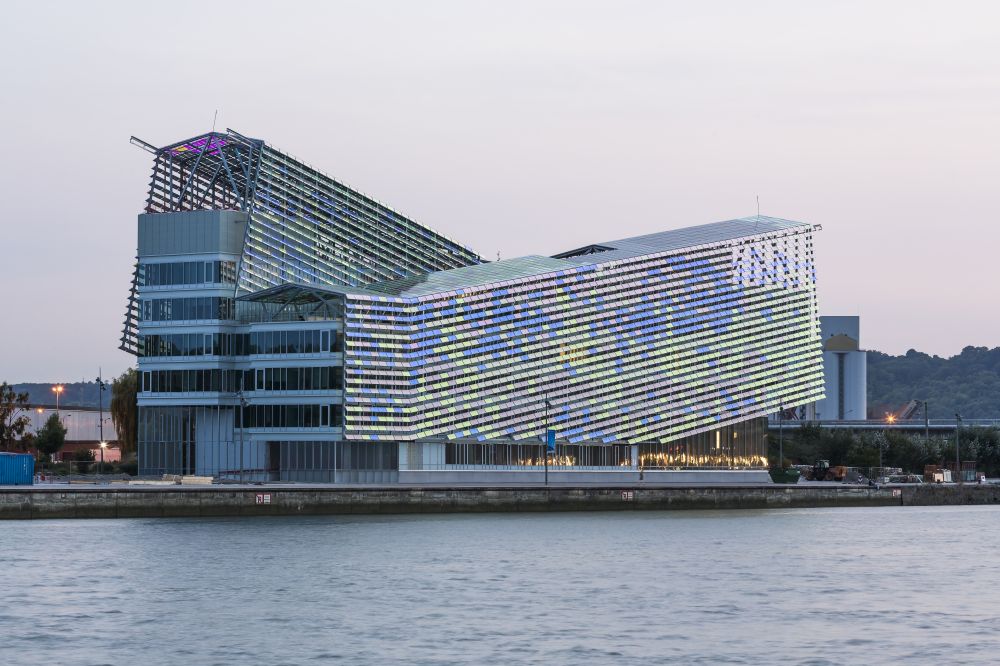 The relationship with light in architecture is one of the main elements of this project and it is an immaterial narrative, an expression of nature within the artificial. The Jacques Ferrier Architecture studio powerfully emphasizes this relationship in the headquarters of the Métropole Rouen in Normandy. The work, which won the 2017 American Architecture Prize in the Institutional Architecture category contains some of the key elements of the French Studio’s work which has always been interested in the relationship between architecture and the city and the sustainability of its interventions.

The project appears as an ever-changing object on one bank of the Seine where the reflections of light seem to move the “scales” of the building’s outer shell. Like an aquatic animal, it rests gently on the quay. The play of reflections however is visible only on the outside while the interiors have a natural light that penetrates the spaces in order to deliver a comfortable working environment.
The building’s terrace is home to the iridescent panels and produces a unique atmosphere depending on the movement of the sun’s rays. The short façades express the mask of the building and the result is an outer shell enveloped in a world of colours. The studio said that it had been inspired by the works of Claude Monet, thereby proposing an example of architecture that changes according to its relationship with light and with natural elements.

BIOGRAPHY
JACQUES FERRIER IS AN ARCHITECT AND URBAN PLANNER. FOLLOWING HIS ARCHITECTURAL TRAINING AT THE ÉCOLE NATIONALE SUPÉRIEURE D’ARCHITECTURE DE PARIS-BELLEVILLE AND THE ÉCOLE CENTRALE DE PARIS, HE CREATED HIS OWN ARCHITECTURE FIRM IN PARIS IN 1993. HIS PORTFOLIO OF WORK INCLUDES CULTURAL AND LEISURE FACILITIES, SHOWCASE BUILDINGS AND PUBLIC BUILDINGS. 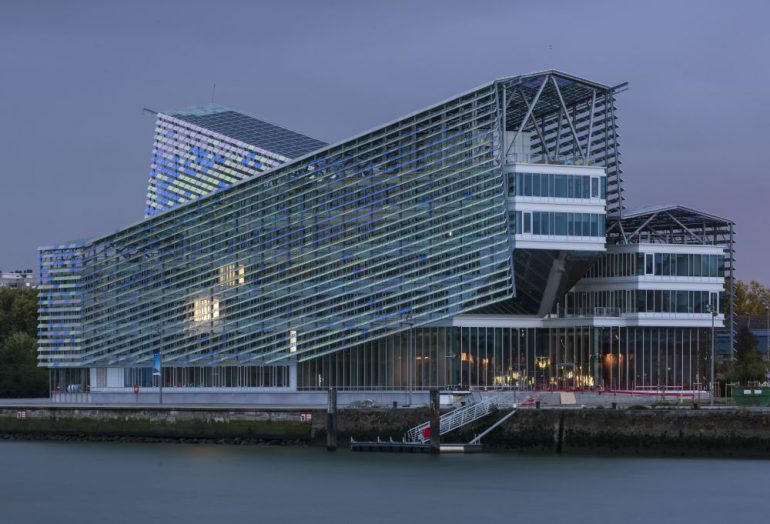 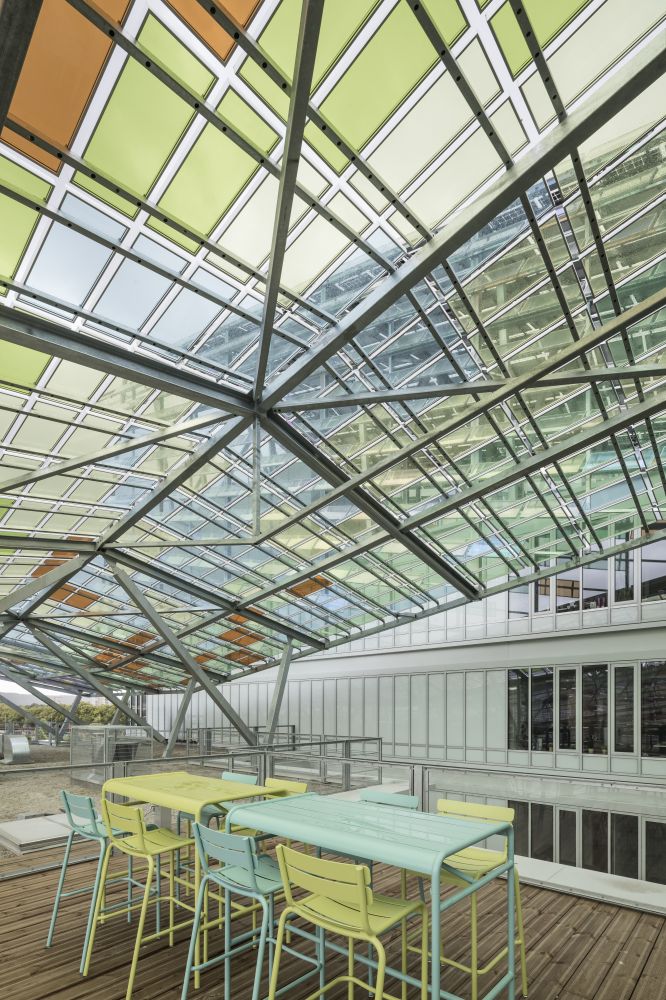 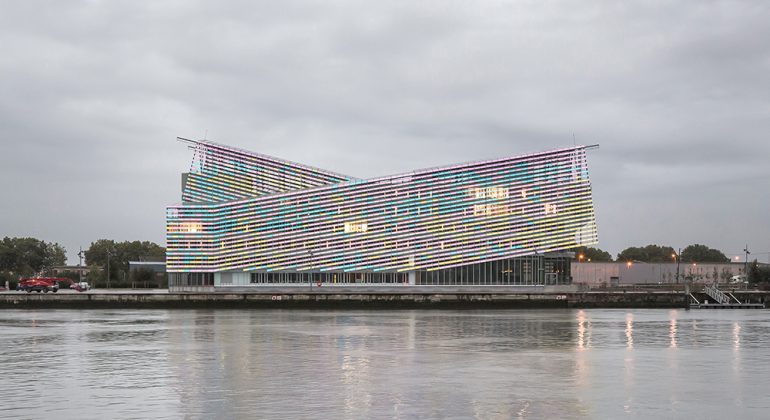 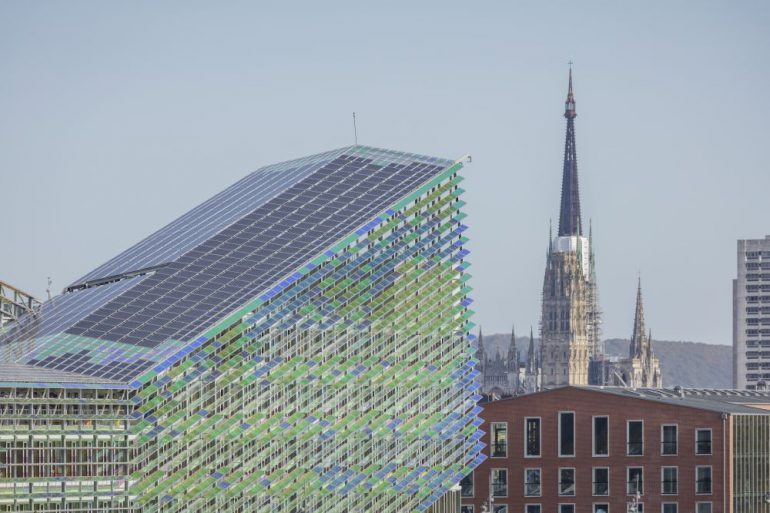 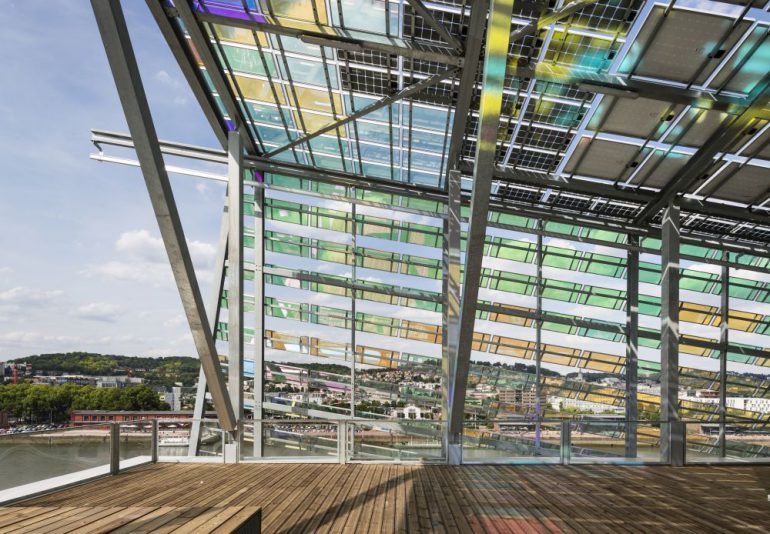 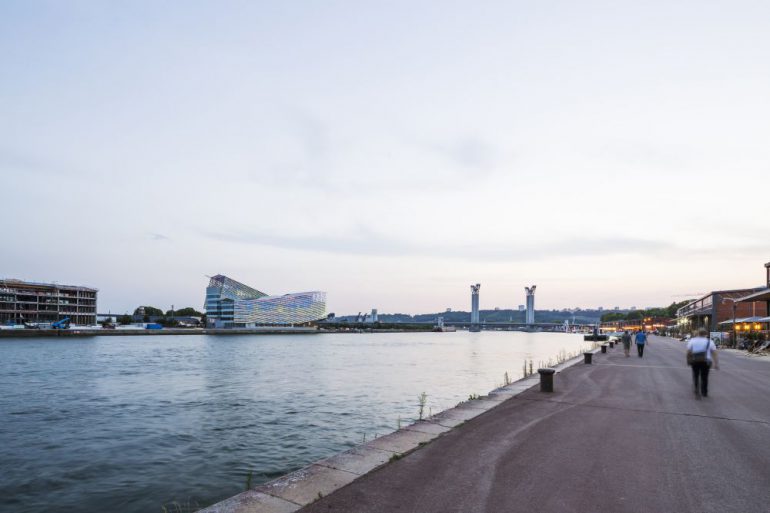 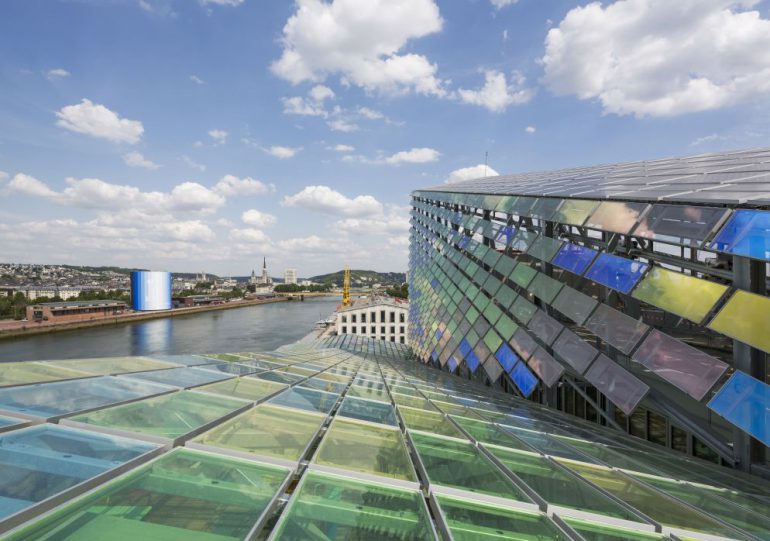 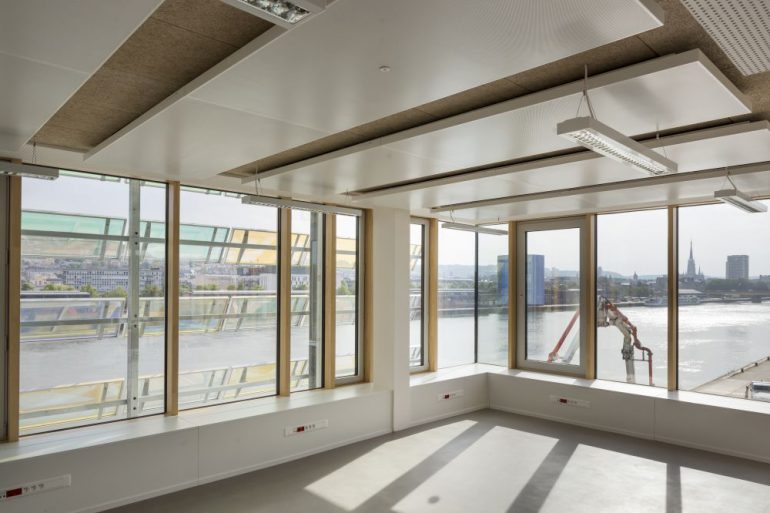 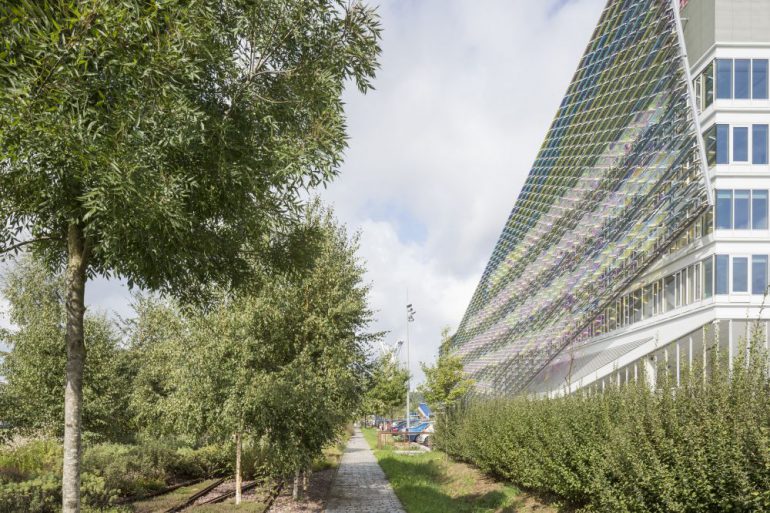 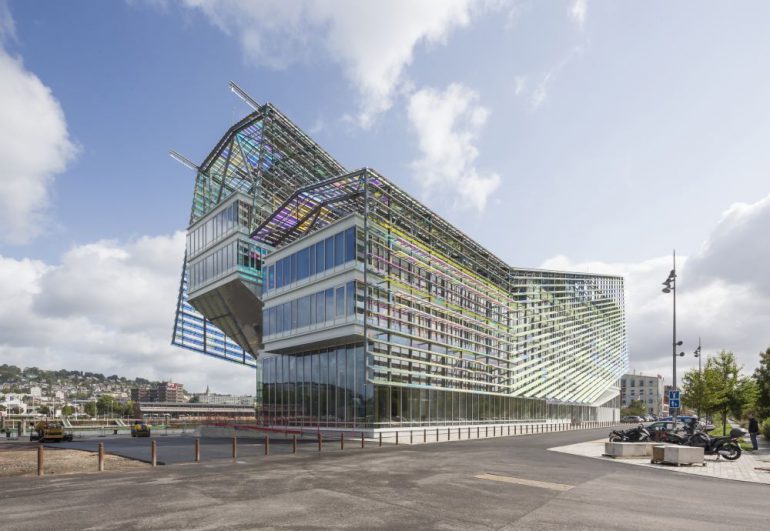 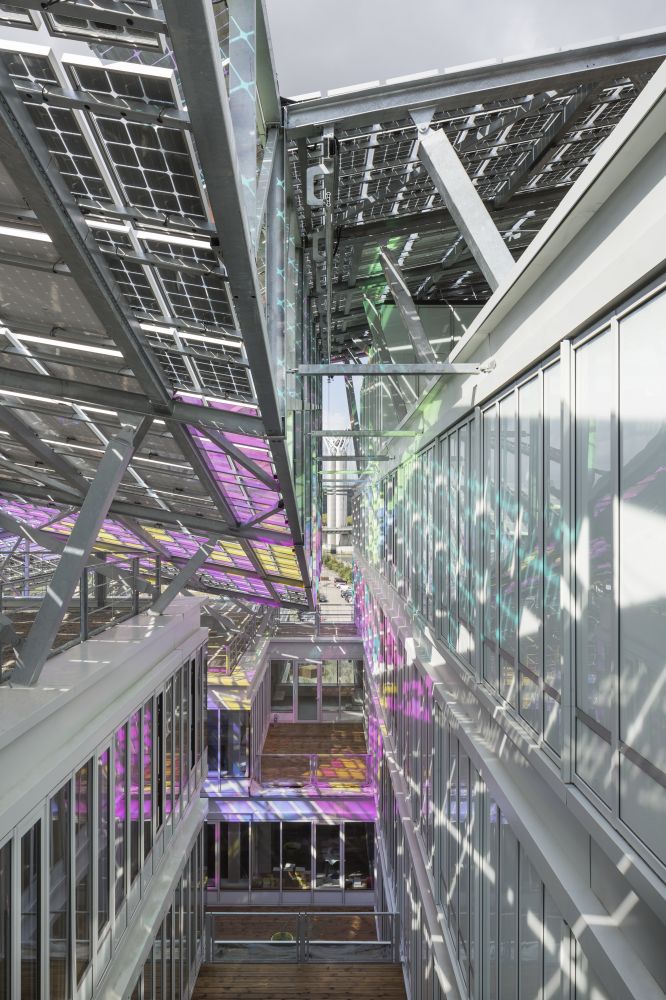 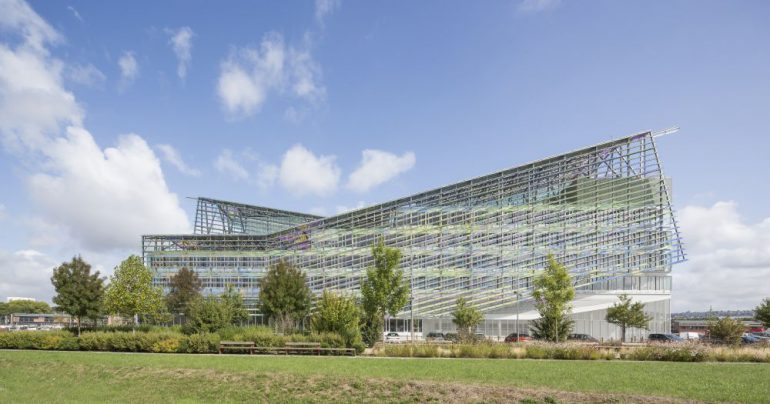 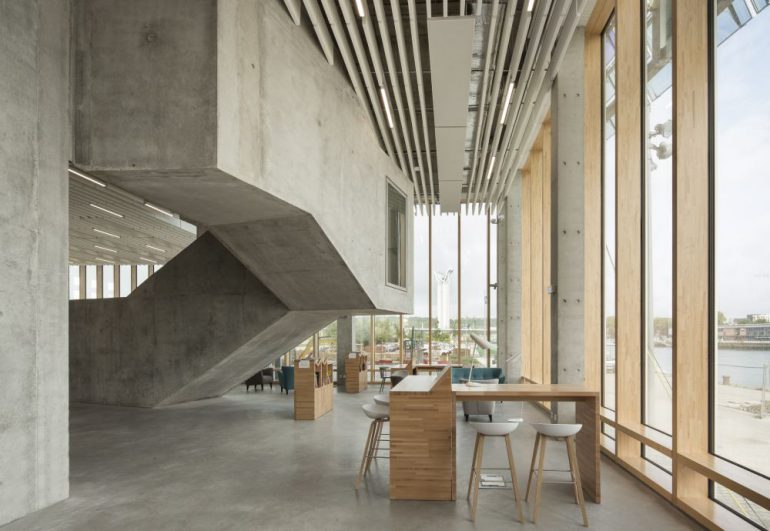 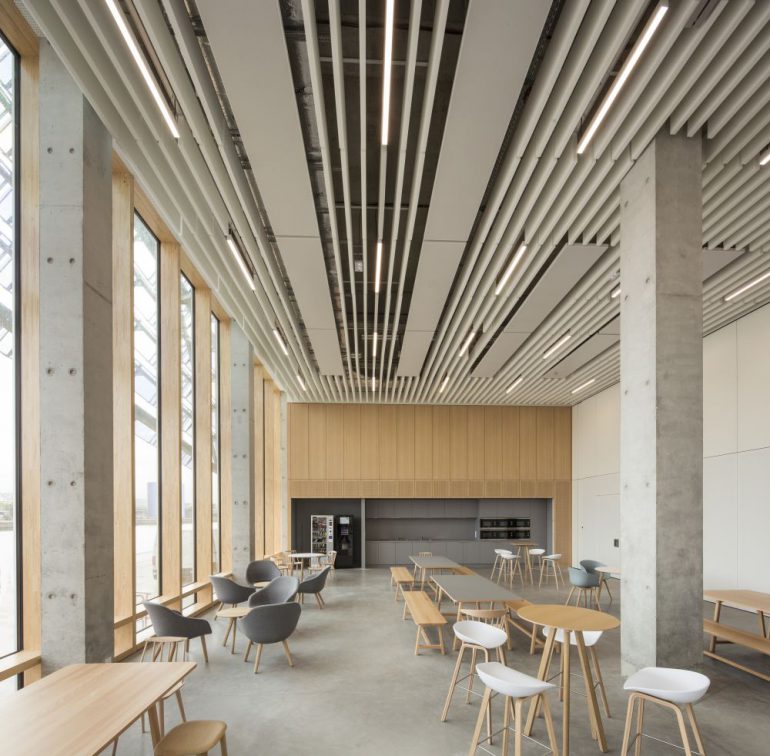 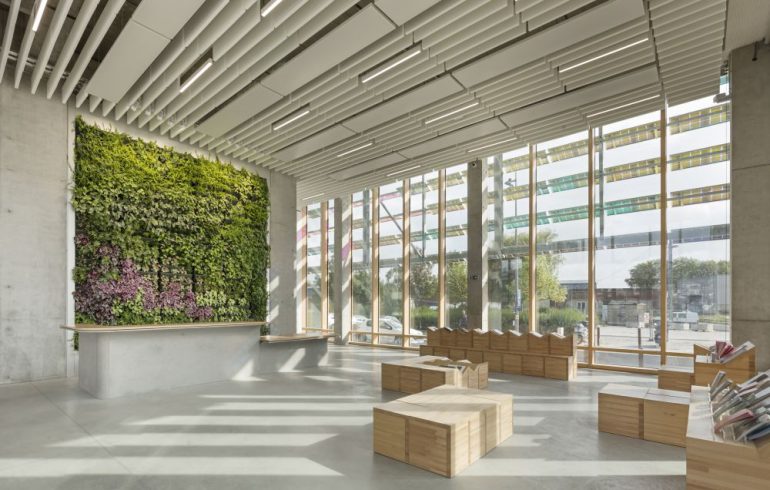 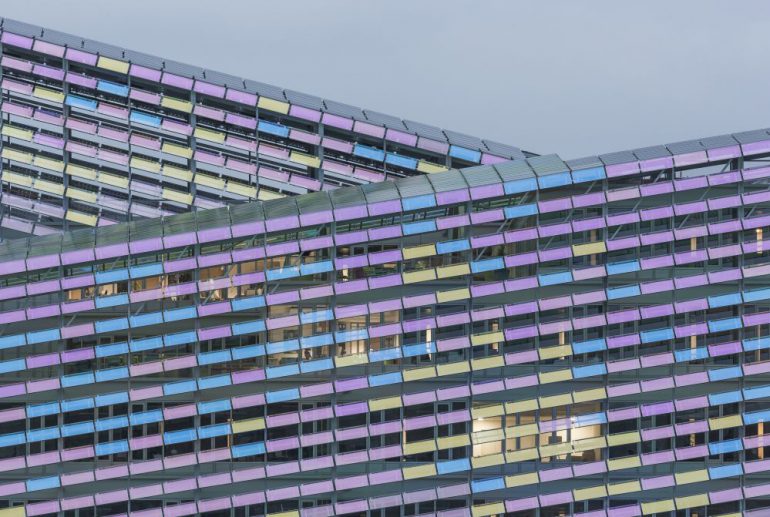 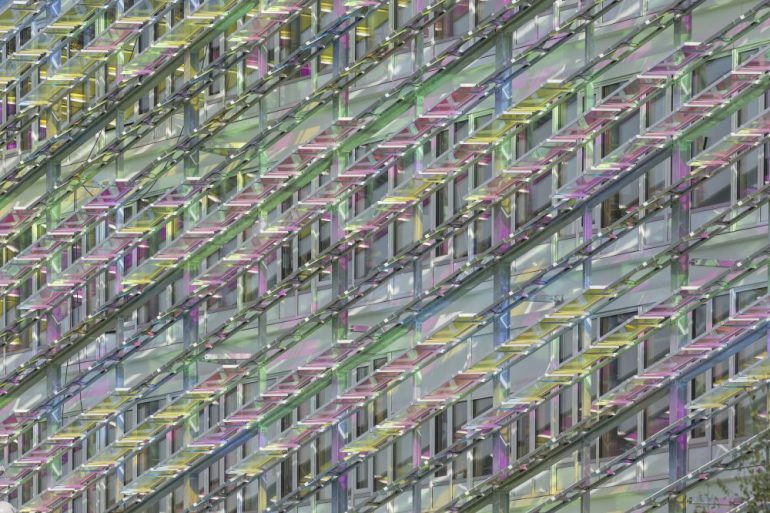 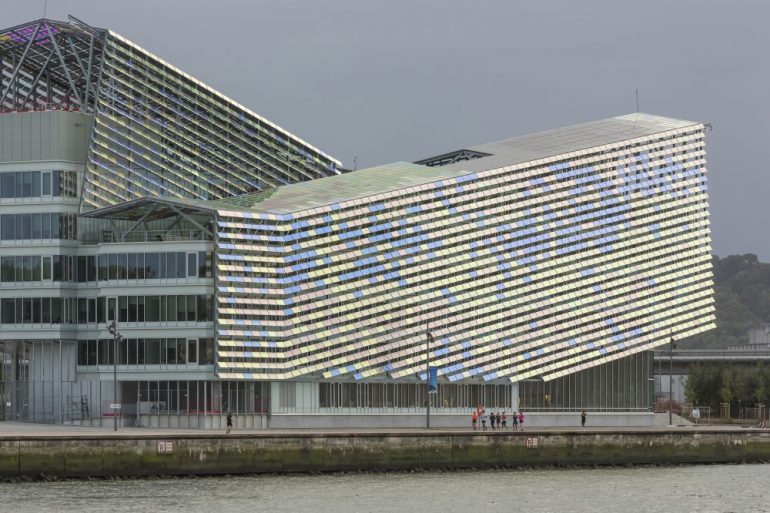