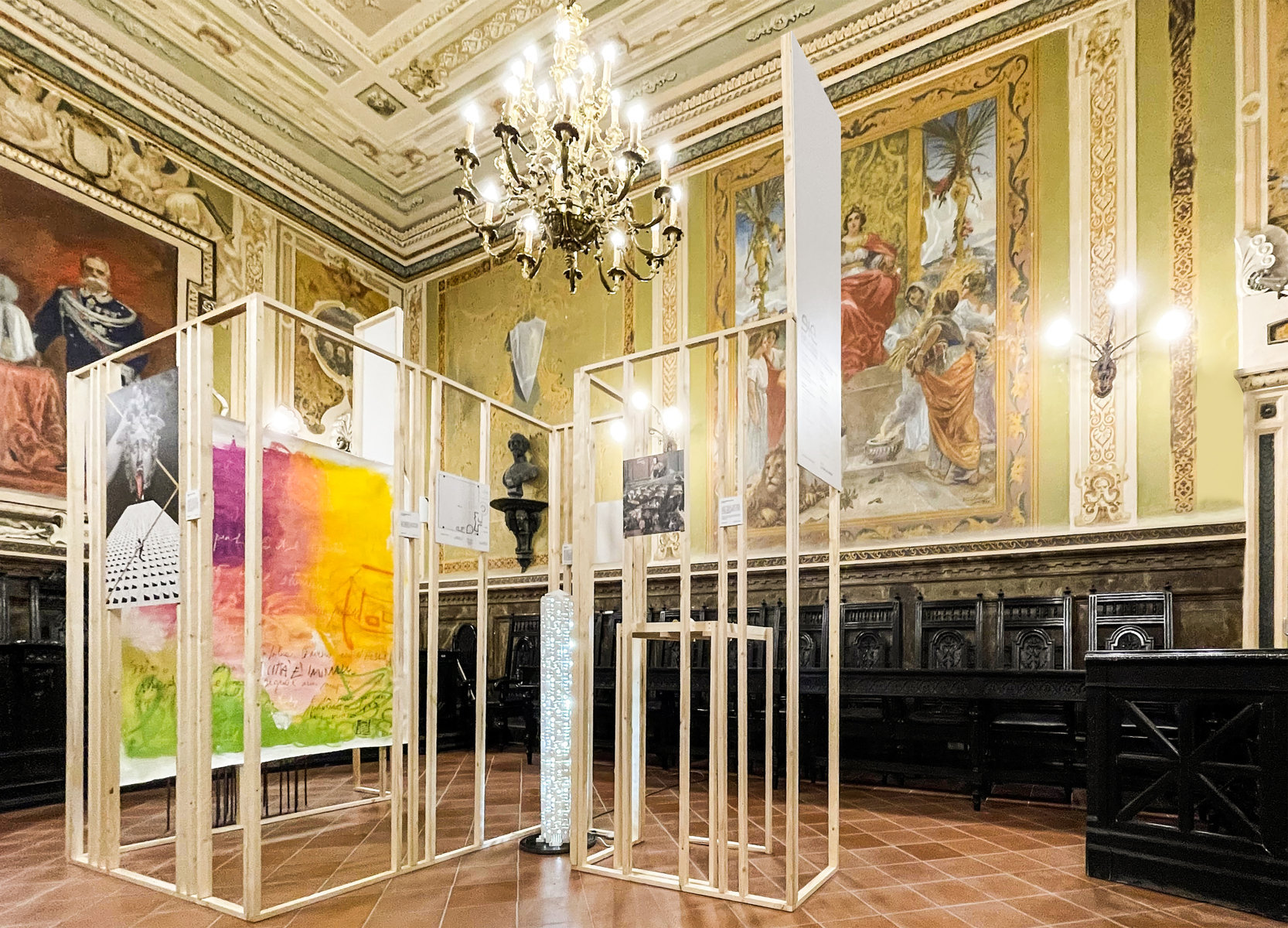 Installation for the exhibition Eleuthera. Declinations of Freedom

The architecture and art exhibition ‘Eleuthera. Declinazioni della libertà’ opened its doors to the public from 15 to 18 September 2022, allowing them to appreciate the marvellous frescoed walls of one of the Art Nouveau rooms in the town of Sant’Agata de’ Goti (BN), dating back to the early 20th century.
In this sumptuous place, the two curators – Luigi Arcopinto and Valentino Schettini – opted for a concise, minimalist type of layout that would allow the hyper-decorative style of the environment to be admired while at the same time remaining within the tight budget made available.

The structure is placed in the centre of the hall, where the public can observe the ten works by architects and artists under 35 placed along the wooden body of the installation. The self-supporting system, consisting of a plan in the form of an open split with all corners at ninety degrees, is made of 2 centimetre by 4 centimetre rough fir strips, 2 metres long.

Luigi Arcopinto himself describes the project designed ad hoc for the exhibition as follows: “Thus the Euclidean body of the installation winds its way through the room with its vertical scansion of laths, absolutely tractable from side to side, with the only opaque portions due to the works on display. At the two ends, the object almost ‘soars’, rises a metre and becomes opaque. In this way, it separates the section of works produced by architects from the section of works produced by artists, delineates the beginning and end of the split clearly also in the elevation, emphasises its presence in the crowded hall, and acts as a pretext for inserting the colophons directly onto the installation.
As it insinuates itself and articulates itself in the space, this Euclidean skeleton also visually incorporates the chandelier and tries to establish a dialectical relationship with all the elements present in the room: a relationship that changes with every step, since motion, as the only way to experience space, imposes a continuous change of perspective to identify a thousand possible internal landscapes made up of glimpses, vanishing points, colours, geometries, textures, lights and gazes“. 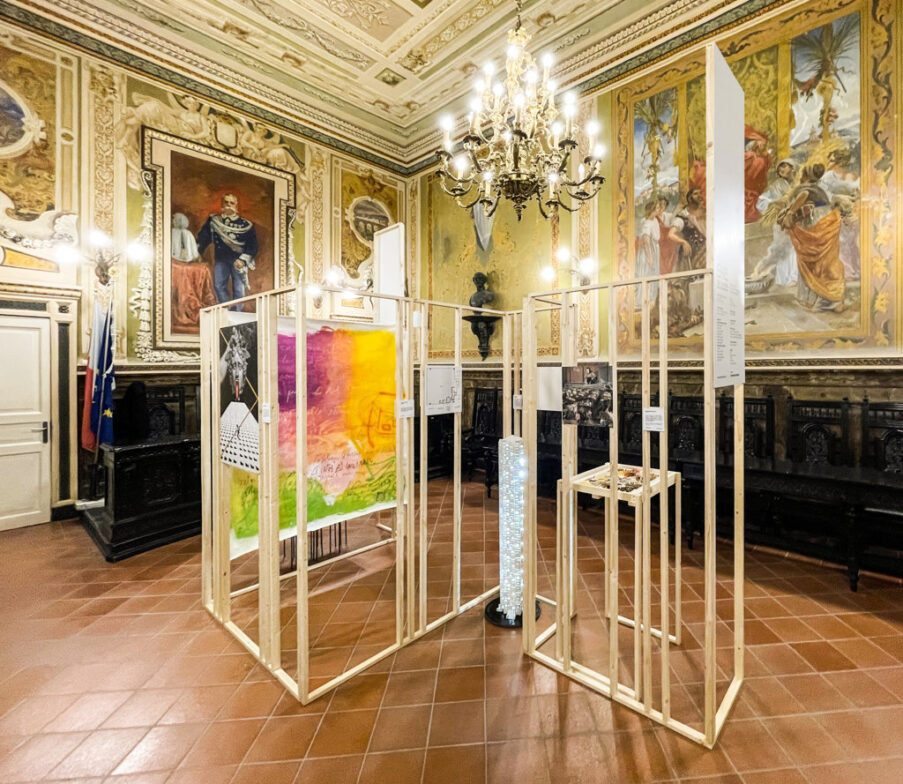 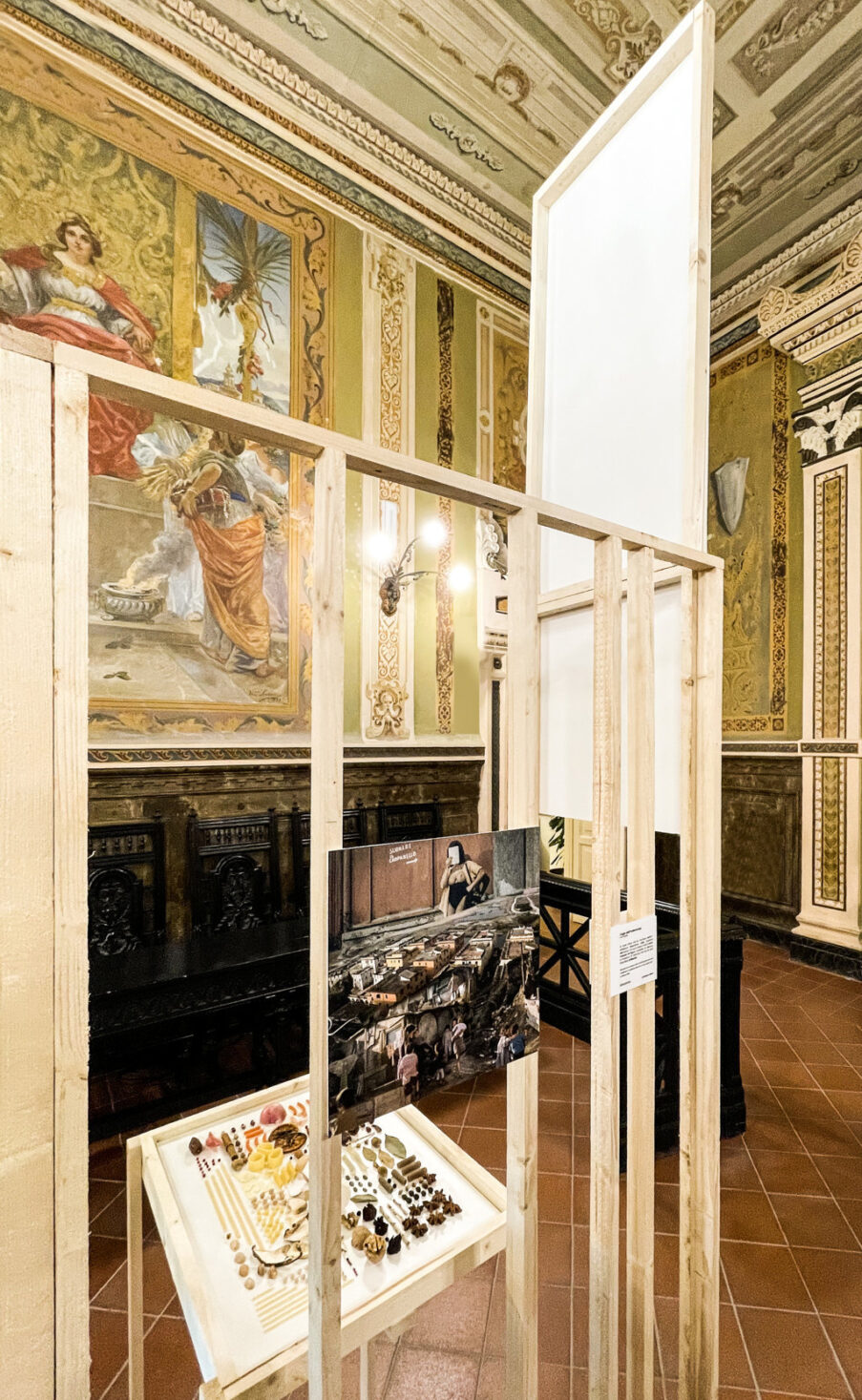 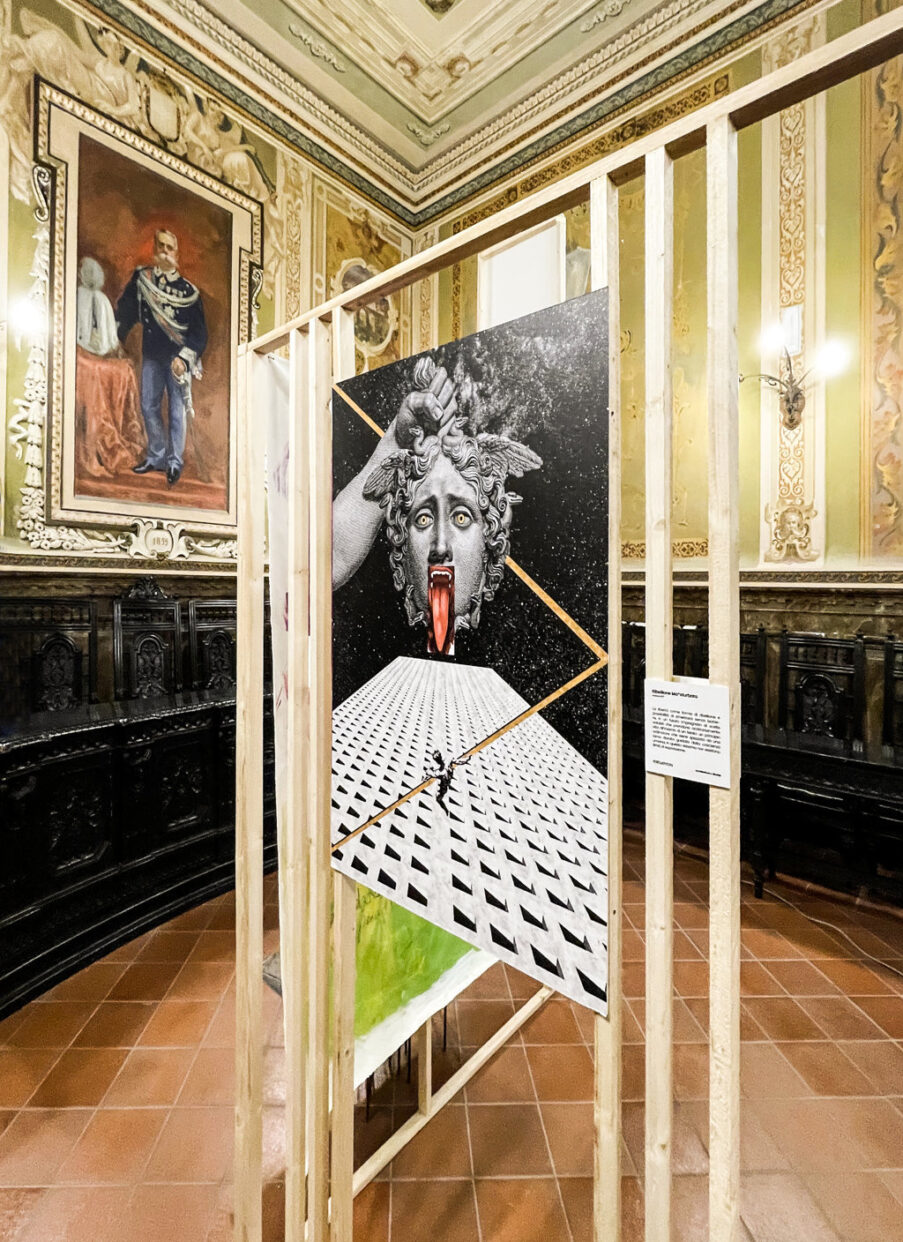 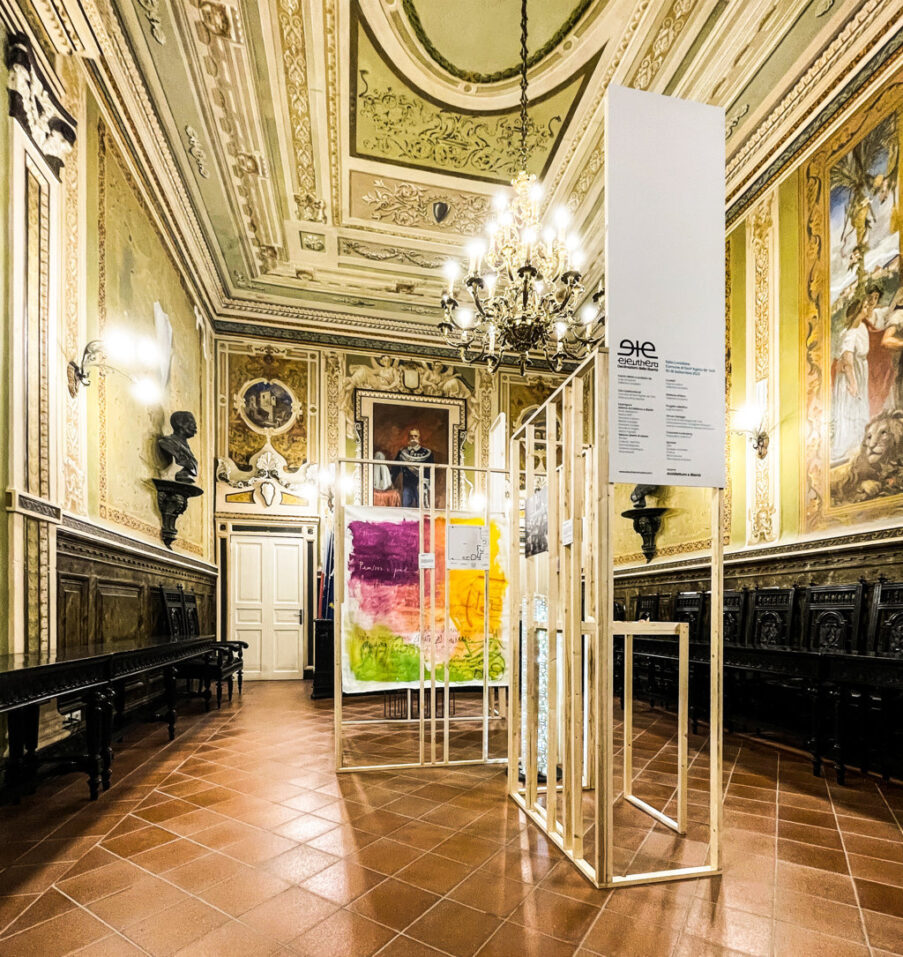 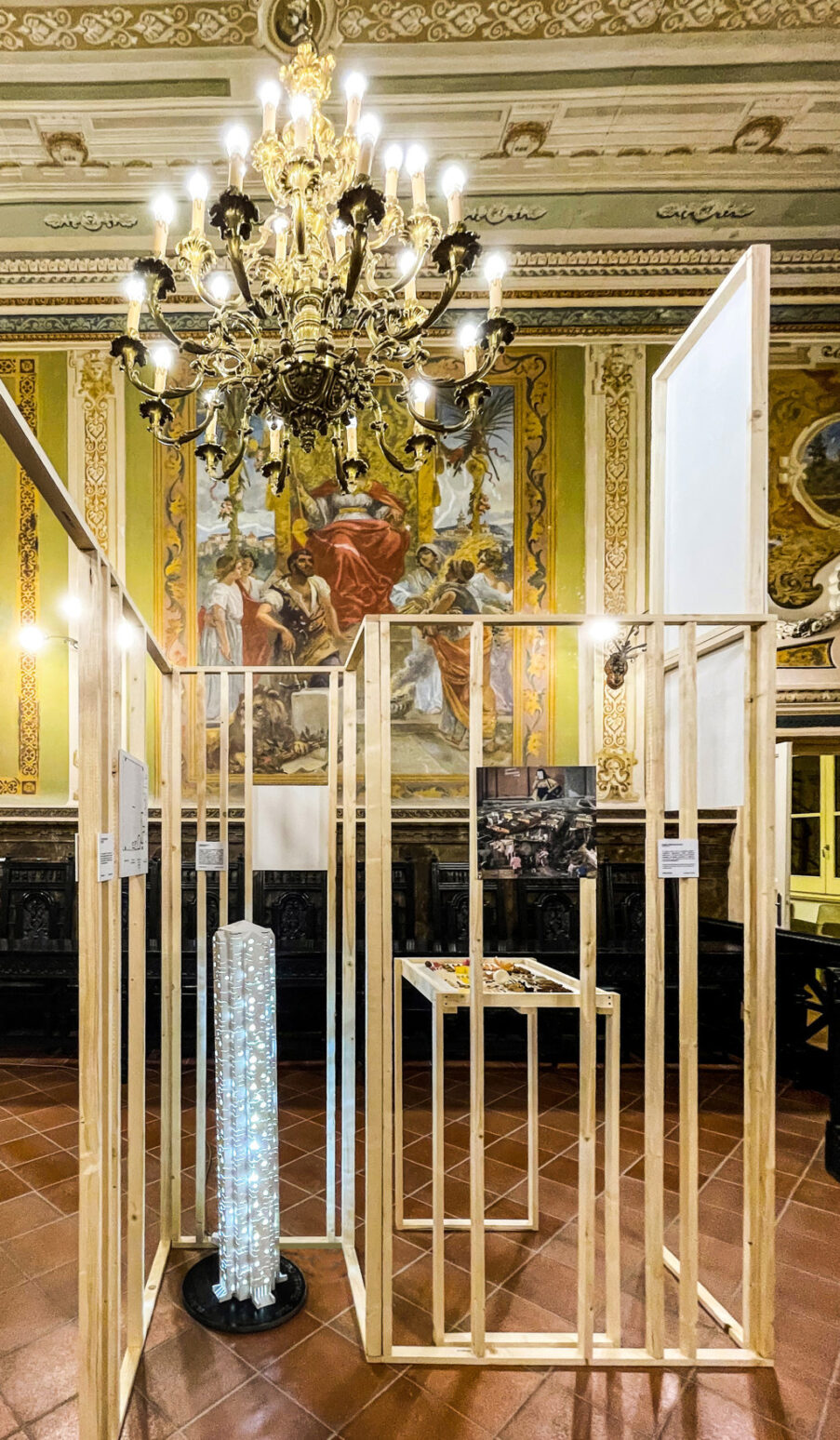 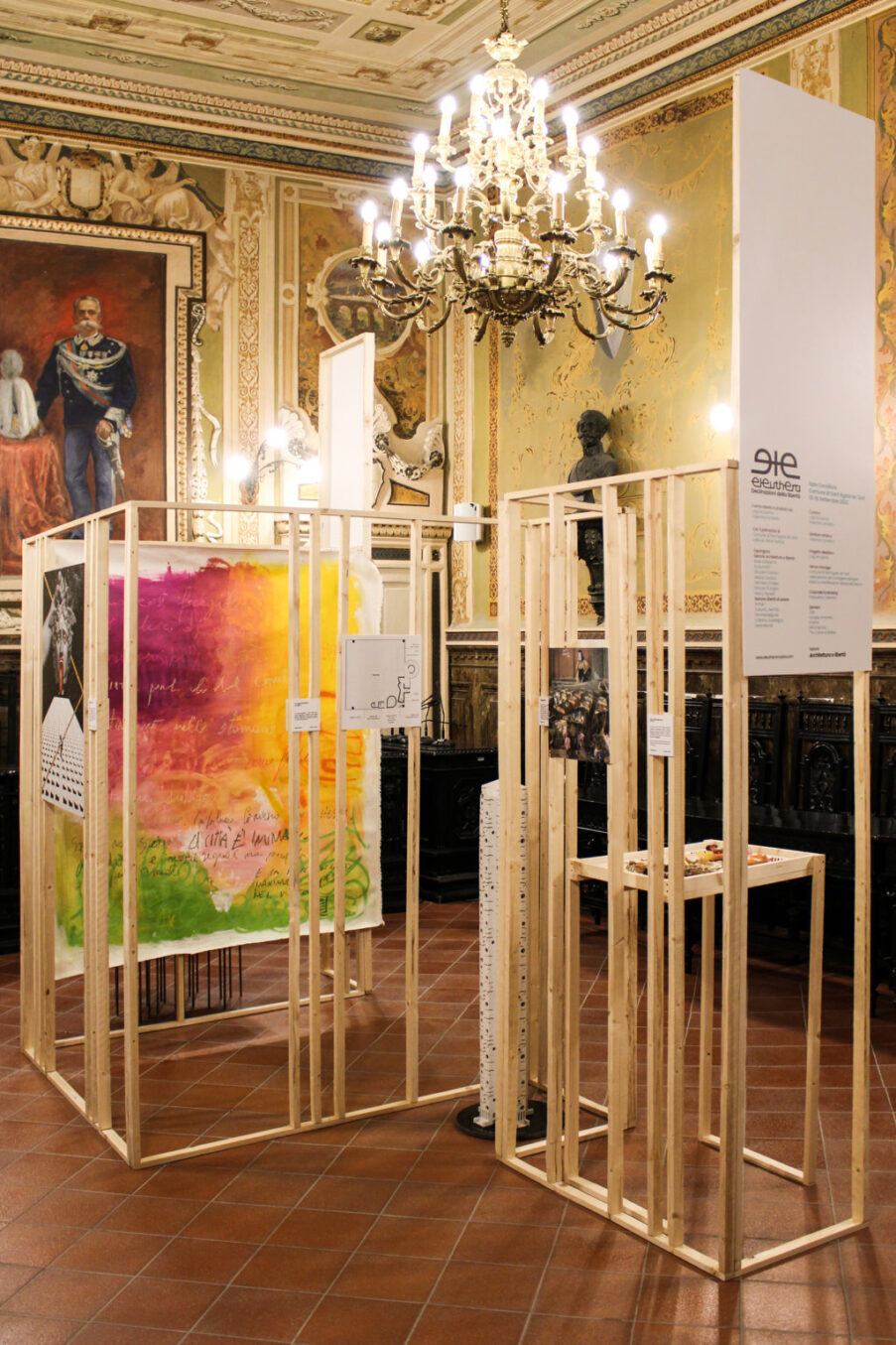 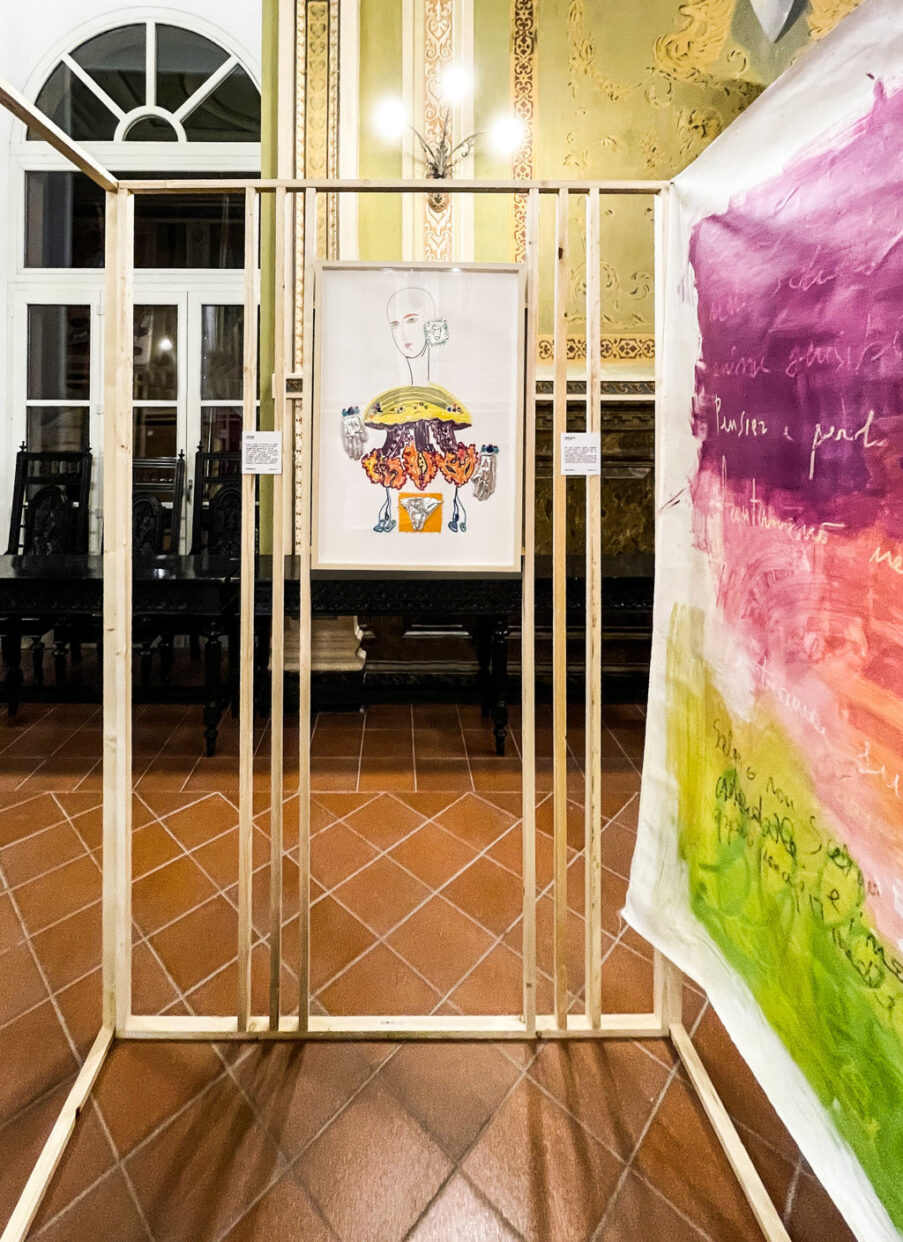 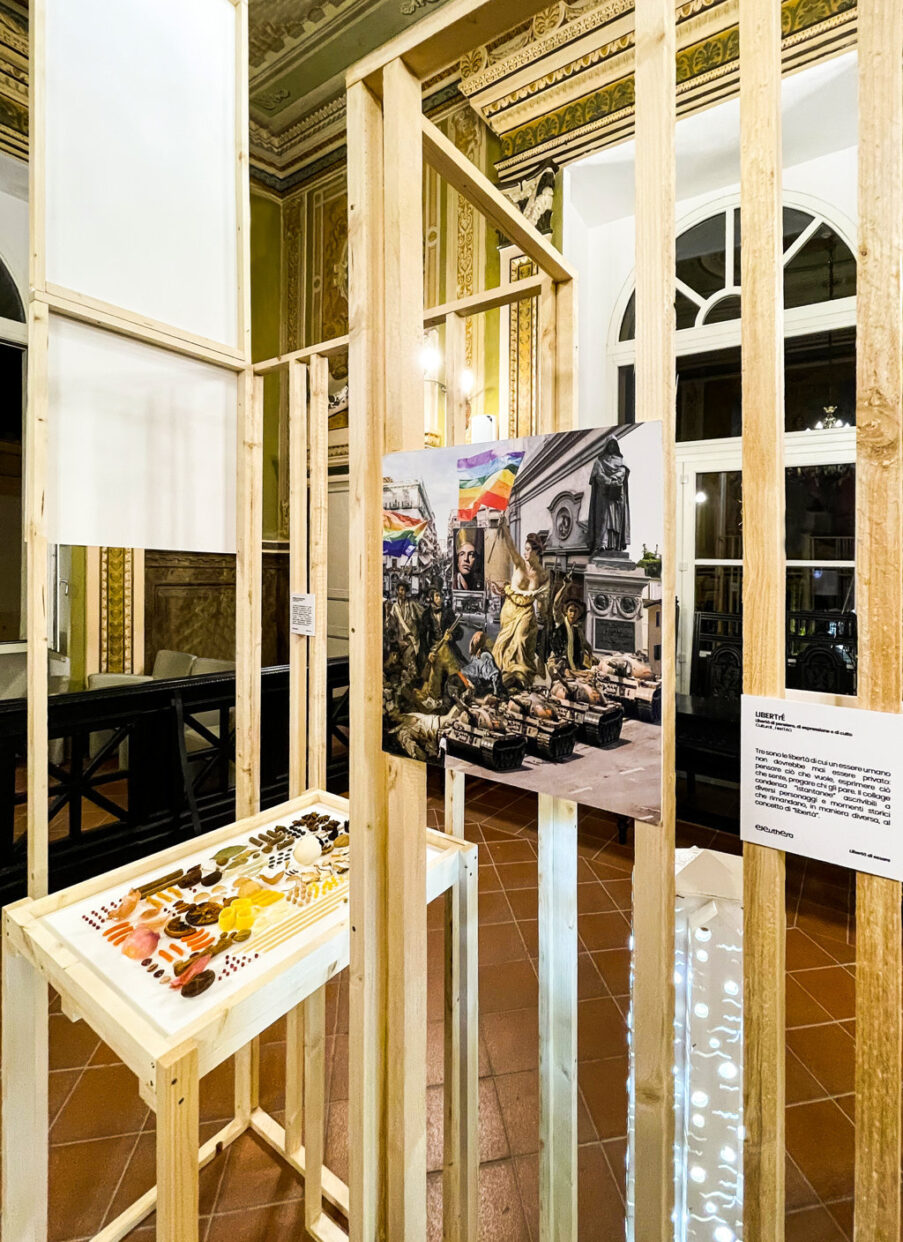