To provide the best possible service, we use cookies on this site. Continuing the navigation you consent to use them. Read more.
PROJECTS
·10 January 2022

House atelier in the streets of Porto 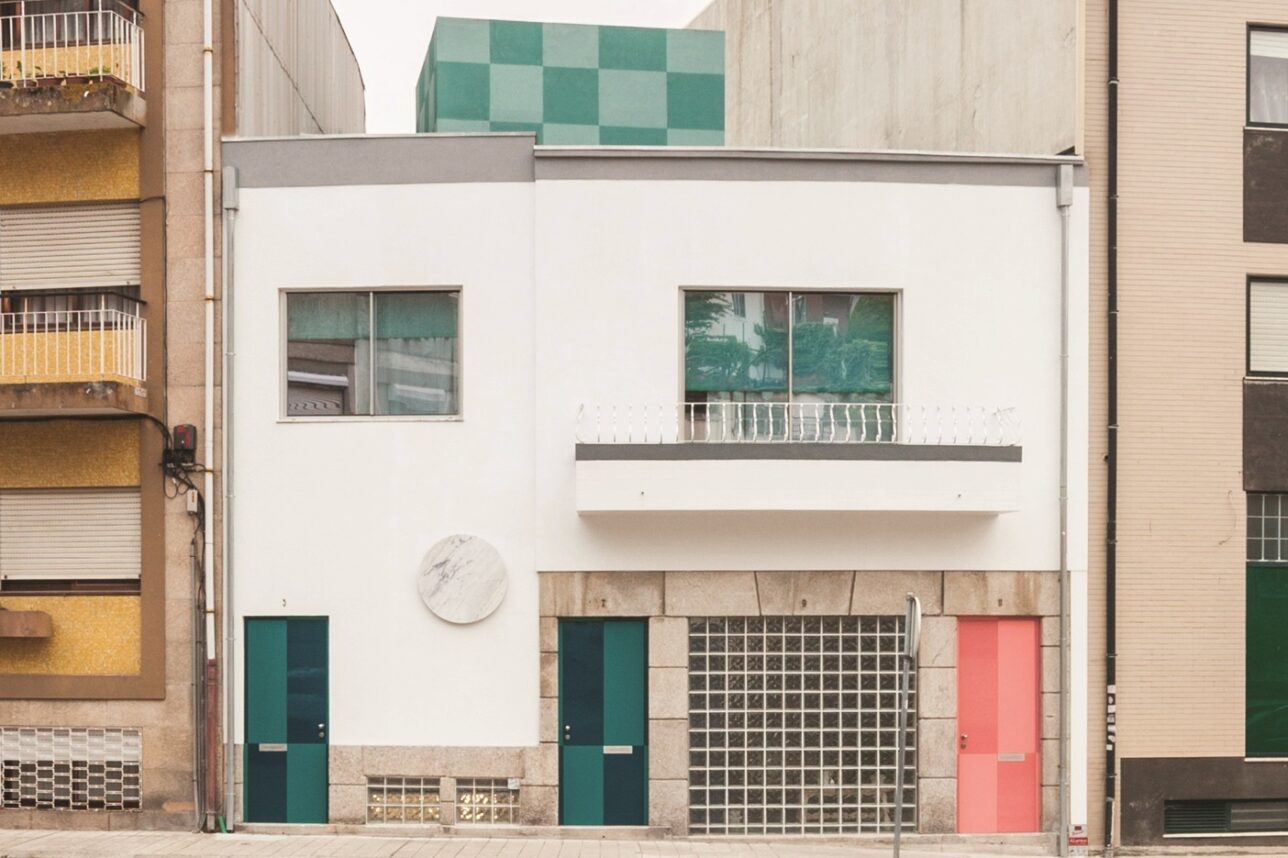 The intricate streets of the city of Porto becomes the backdrop for a house/atelier with an eclectic style and dynamic, functional spaces. The old building is hidden in the city center and is distributed on three levels with three entrance doors and a distorted profile. Each floor suggests a different spatial logic but shares the same language and materiality. The ground floor is an open-plan atelier connected to the garden.

Going up to the second floor you can find a studio with a single door with white and pink stripes. Finally, the last level is occupied by the largest apartment where six rooms are carefully organized around a high central hall. In terms of color choice, the interior spaces are white with some exposed concrete elements and a couple of exceptional moments. The doors are lacquered in glossy white with exposed plywood frames, while the soft checkered pattern of the blue terrace floor stands out from the wall tones and creates a dynamic effect. Originally the front facade was unbalanced and slightly curved so it was decided to restructure it by changing the whole image.

The final result sees a strong color for the three doors, a window disappears, a marble circle is introduced and the high hat becomes visible from afar. The rear facade is also rebuilt, leading to a very different proportion to the front, which is higher and narrower. The pink door contrasts with the large opening and four identical windows suggest domestic use in the upper levels. The concrete wall painted white flies over the fragile glazed surface. The circle disturbs its symmetry and ends the figure. Living and working in the same building is a delicate comfort. Each level of the building is an independent field of experimentation where the main thread is a sense of joy and serenity. 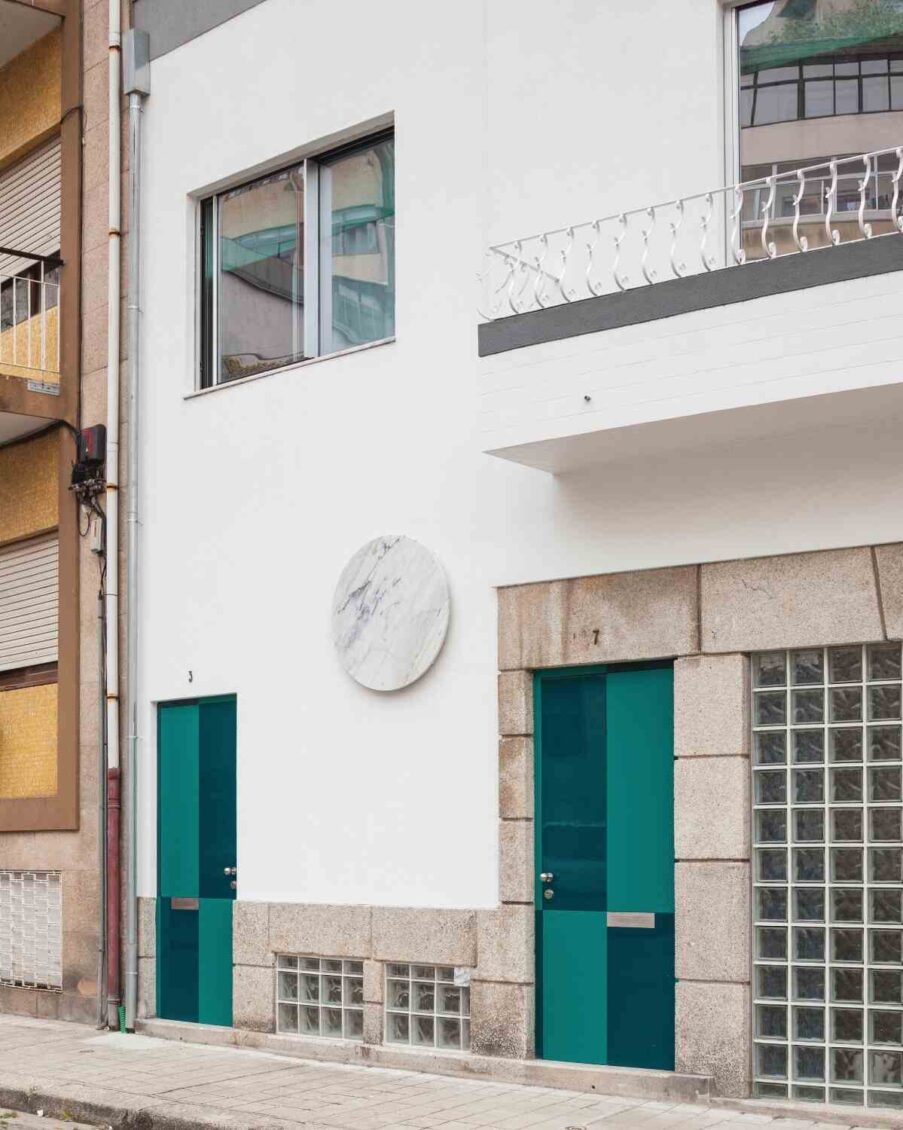 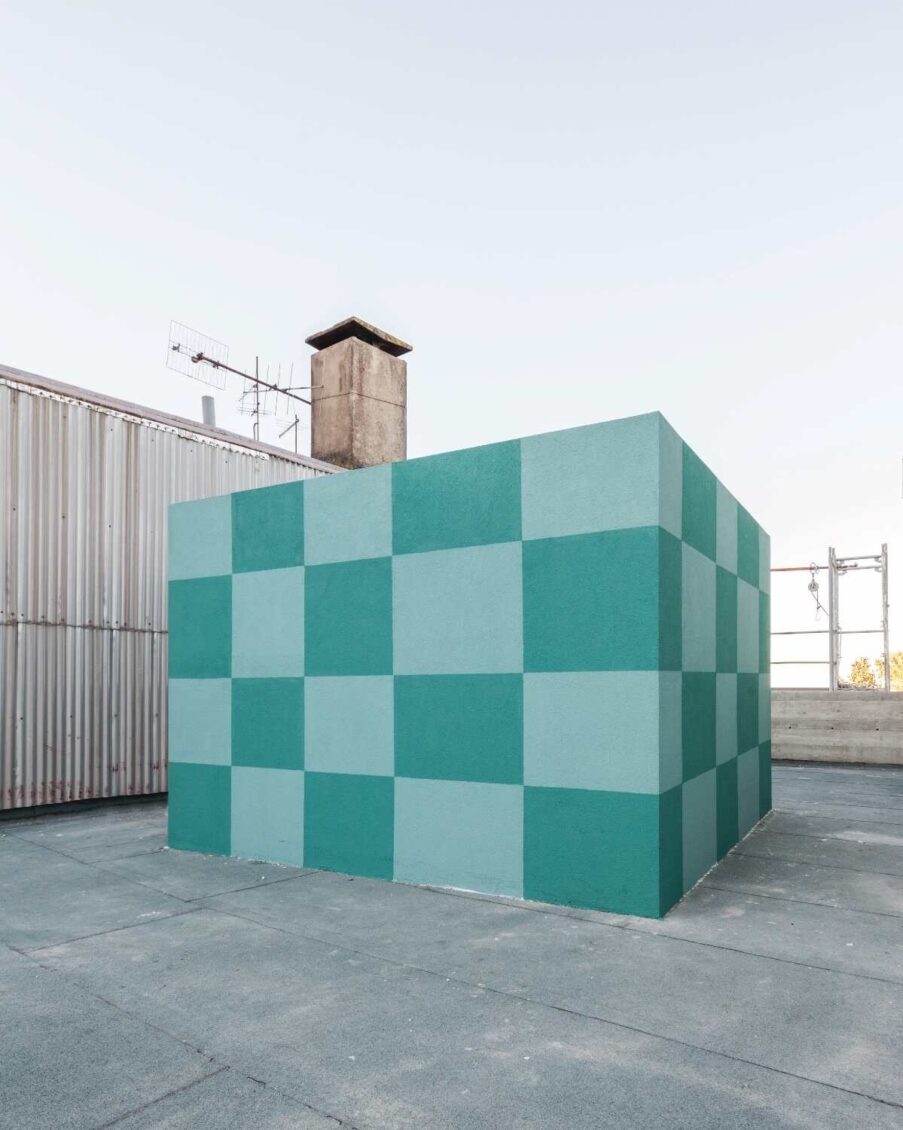 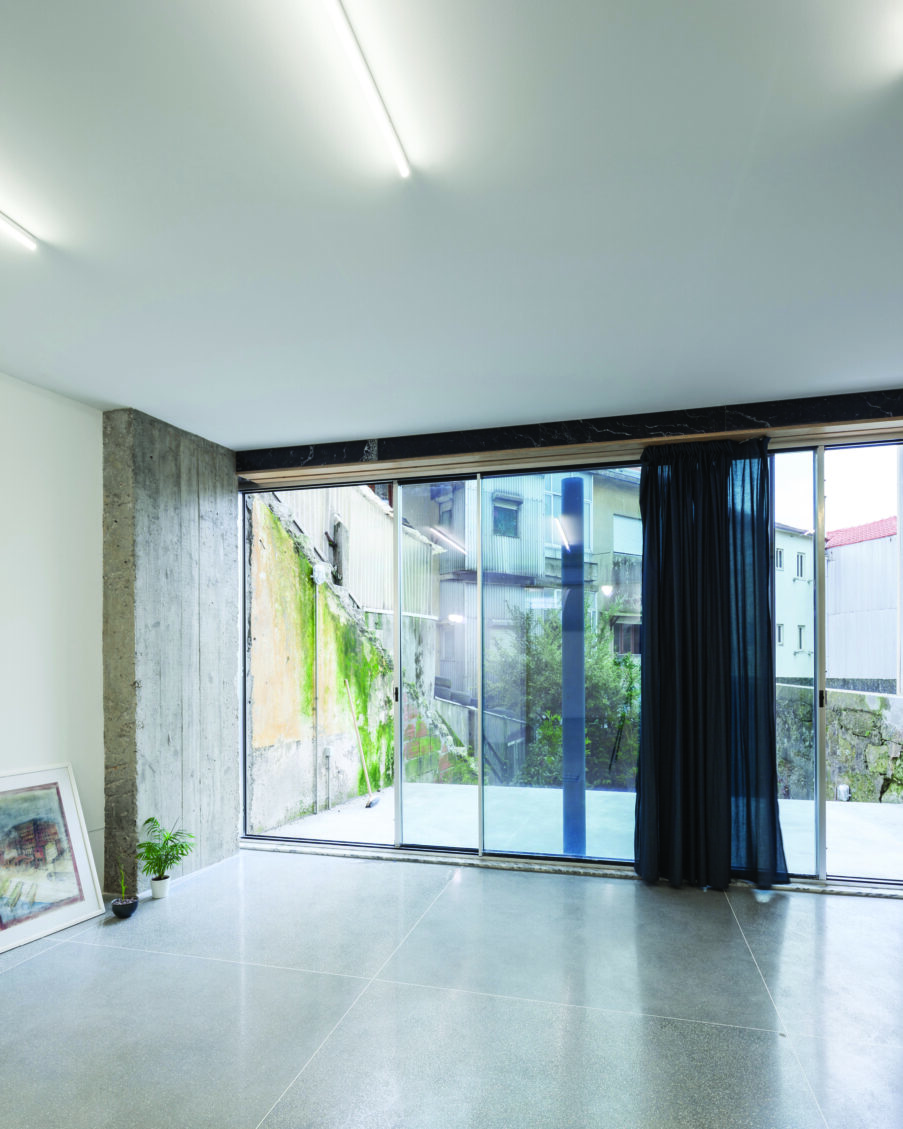 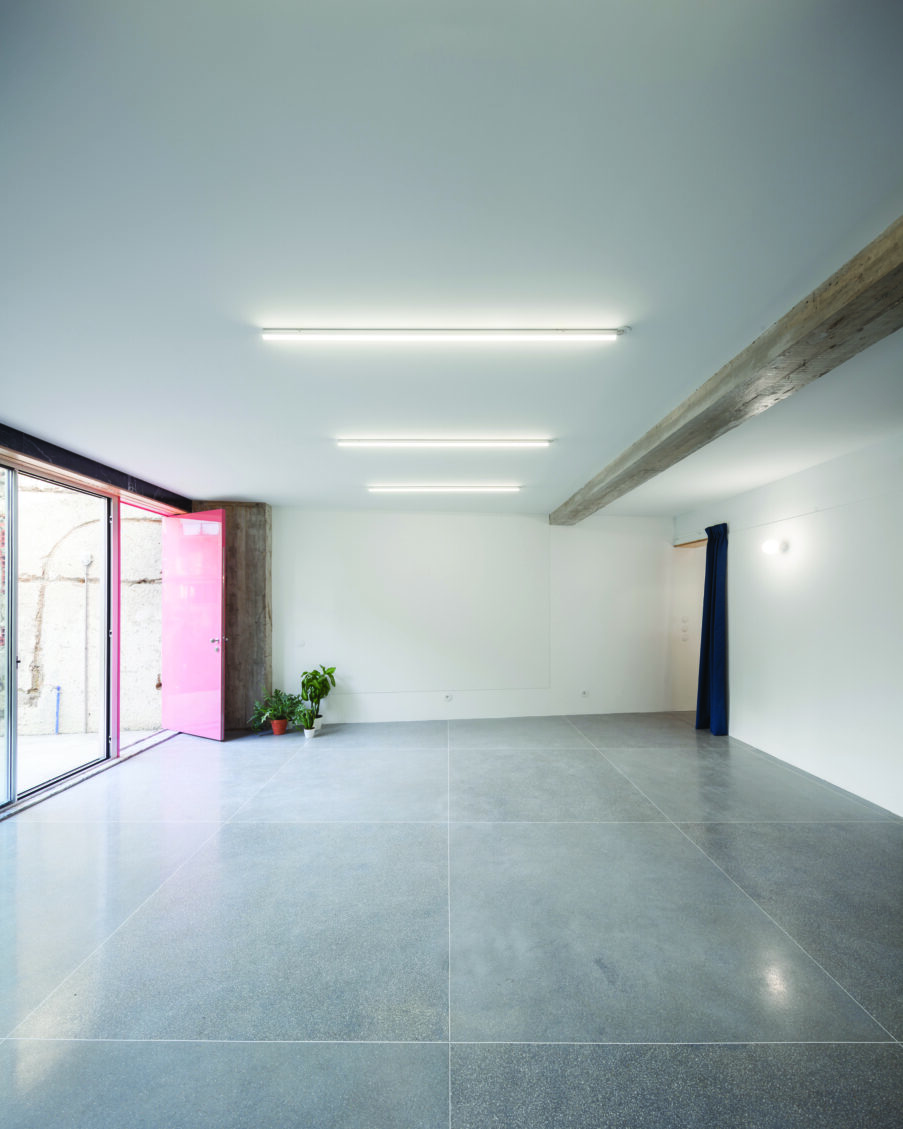 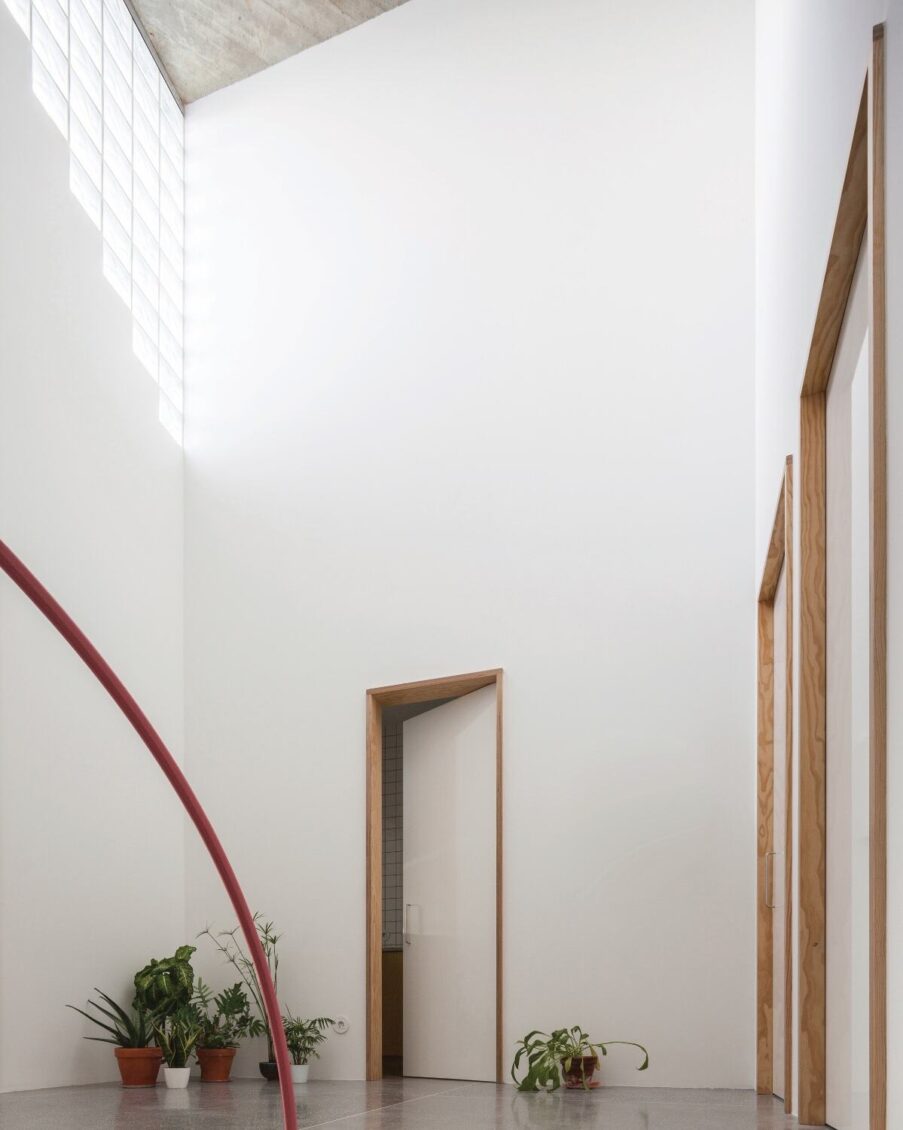 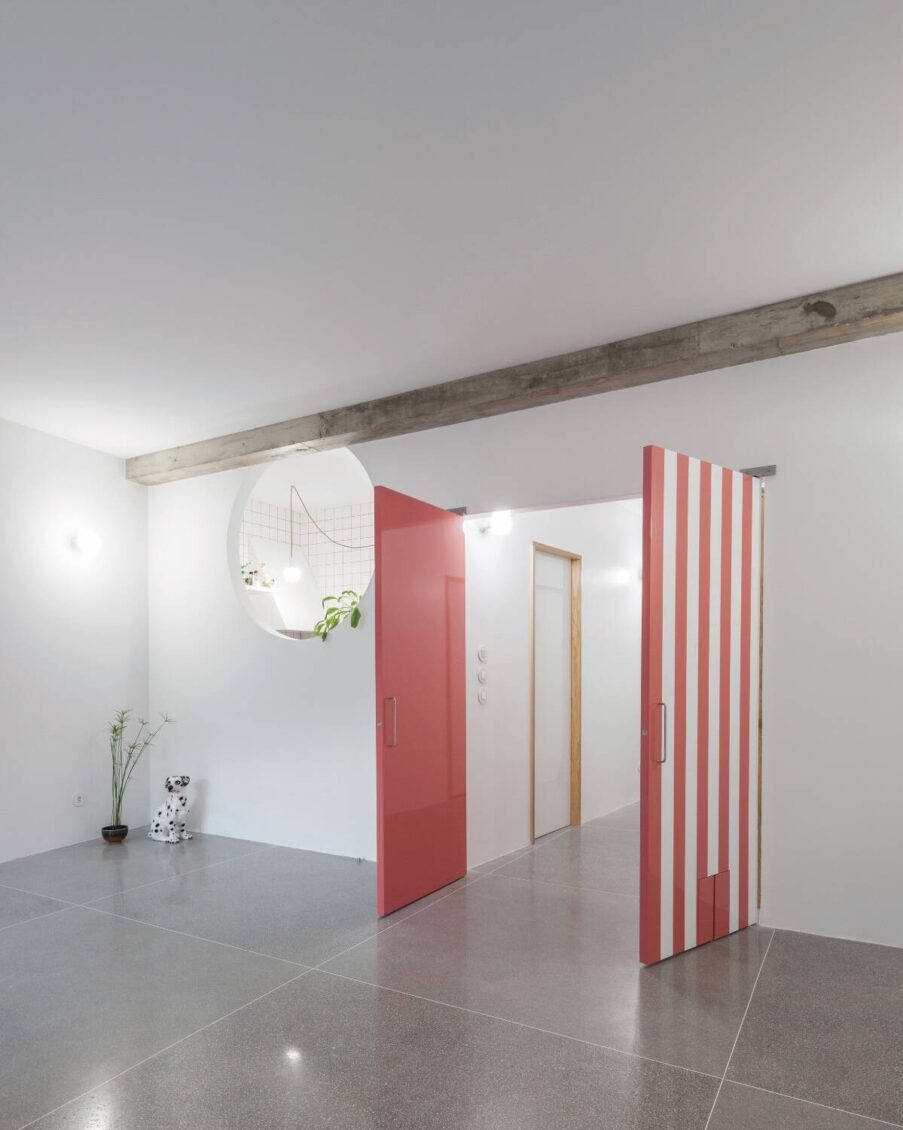 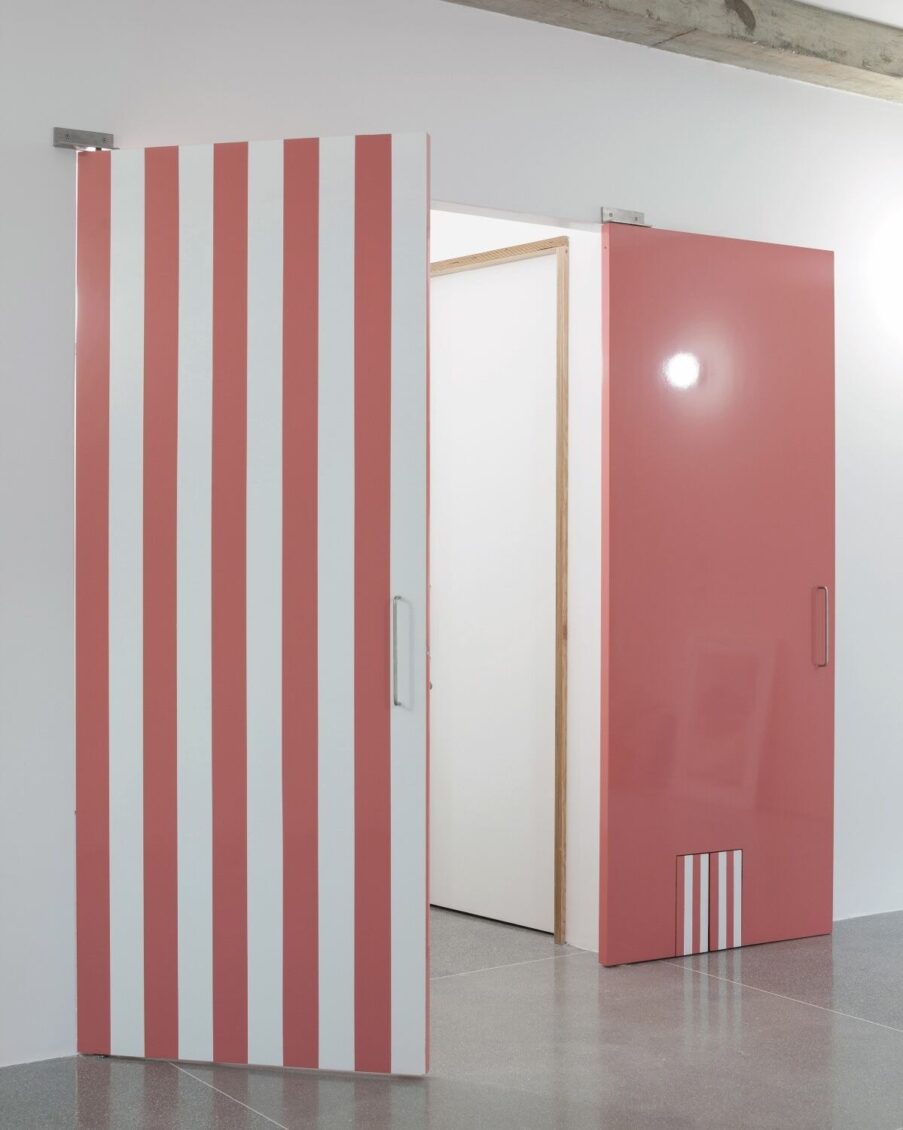 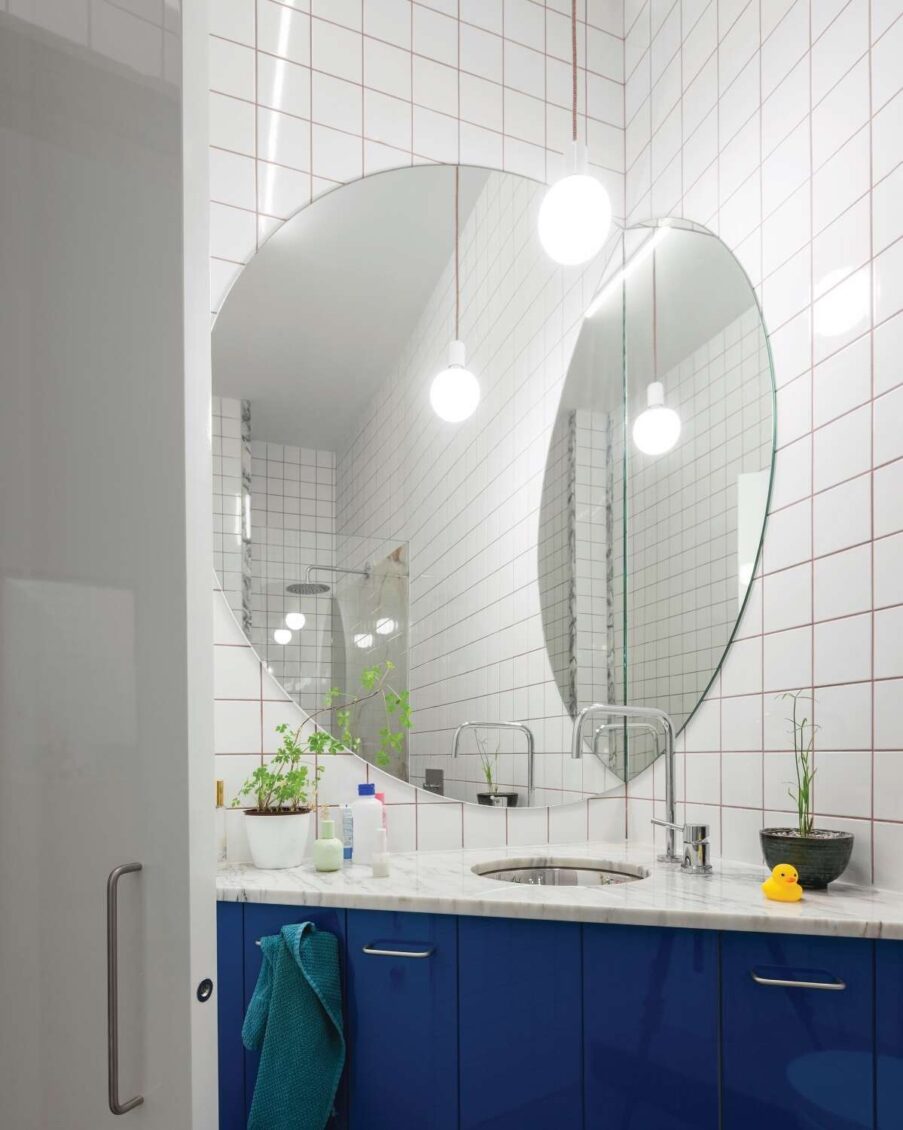