To provide the best possible service, we use cookies on this site. Continuing the navigation you consent to use them. Read more.
PROJECTS
·14 January 2021 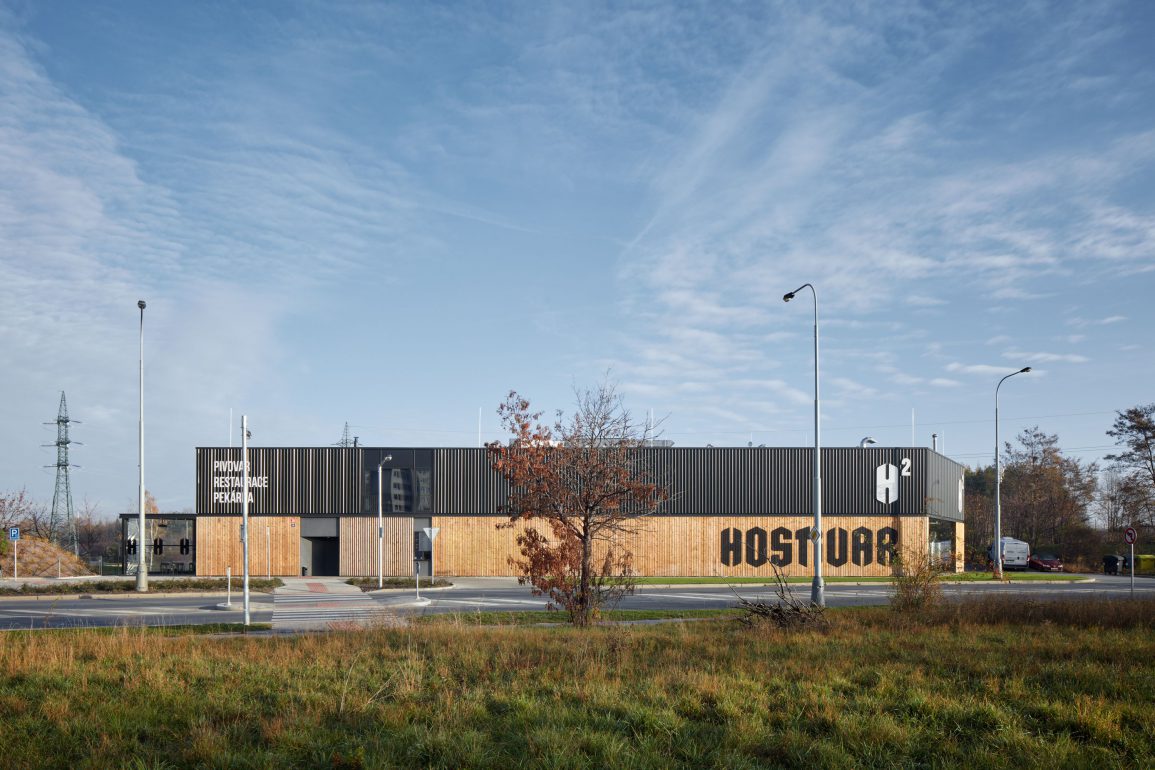 The new Hostivar H2 brewery, designed by architects Petr Kolář and Aleš Lapka of ADR, was built on the outskirts of a residential area of Prague, reached by a direct connection to the Praha-Horní Měcholupy railway station.
Hostivar H2, the second brewery, is about one kilometre away from the first brewery built, Hostivar H1.

The layout of the premises is influenced by the irregular shapes of the structure.
The outer façade is clad in wood panels alternating with black metal, while glass openings have been inserted at strategic points, allowing guests to enjoy a magnificent view.
During the warmer seasons it is possible to spend time on the terrace overlooking the garden, where there is seating for guests.

The ground floor is the most operational, as it includes most of the brewery’s services and the connection to the restaurant, whose entrance is located in the building’s main lobby.

The interior of the restaurant is divided into two floors.
The ground floor is dominated by the bar with silver embossed panels and a fireplace.
A steel spiral staircase leads to the second floor, where we find the bakery, administrative spaces and part of the brewery premises.

The interior is characterised by the strong presence of dark wood panelling, contrasting with the perforated white surface of the walls, which optimises the acoustics of the rooms. 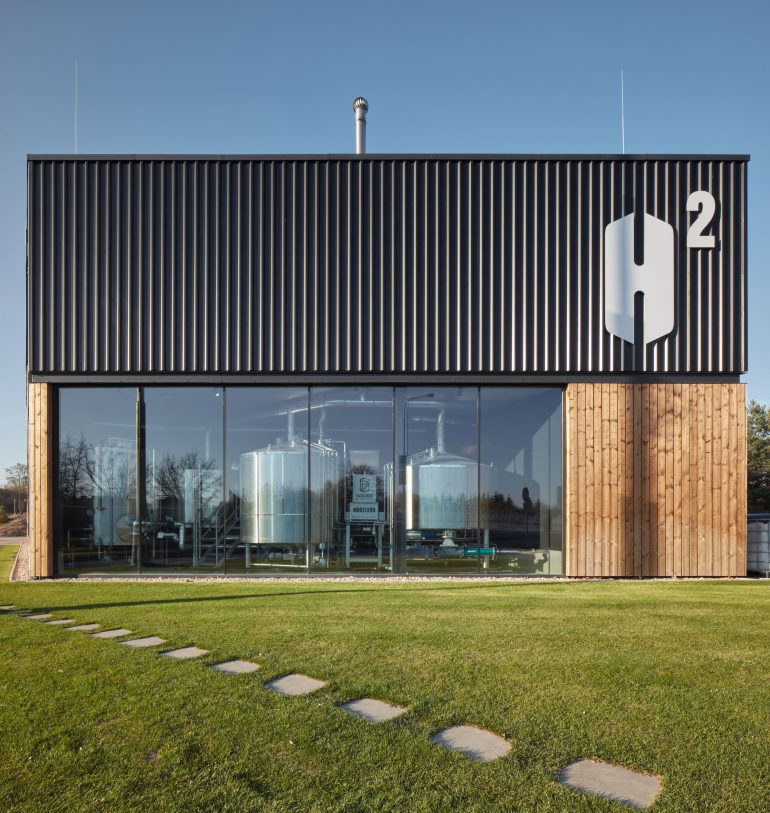 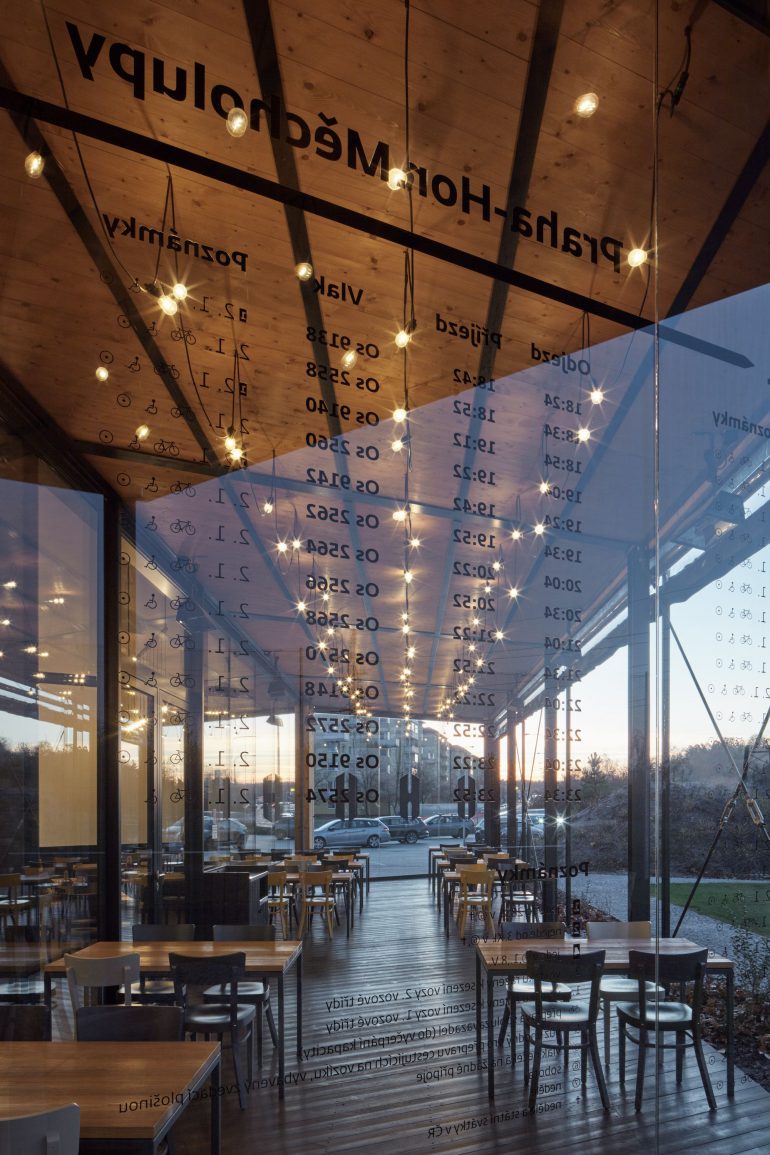 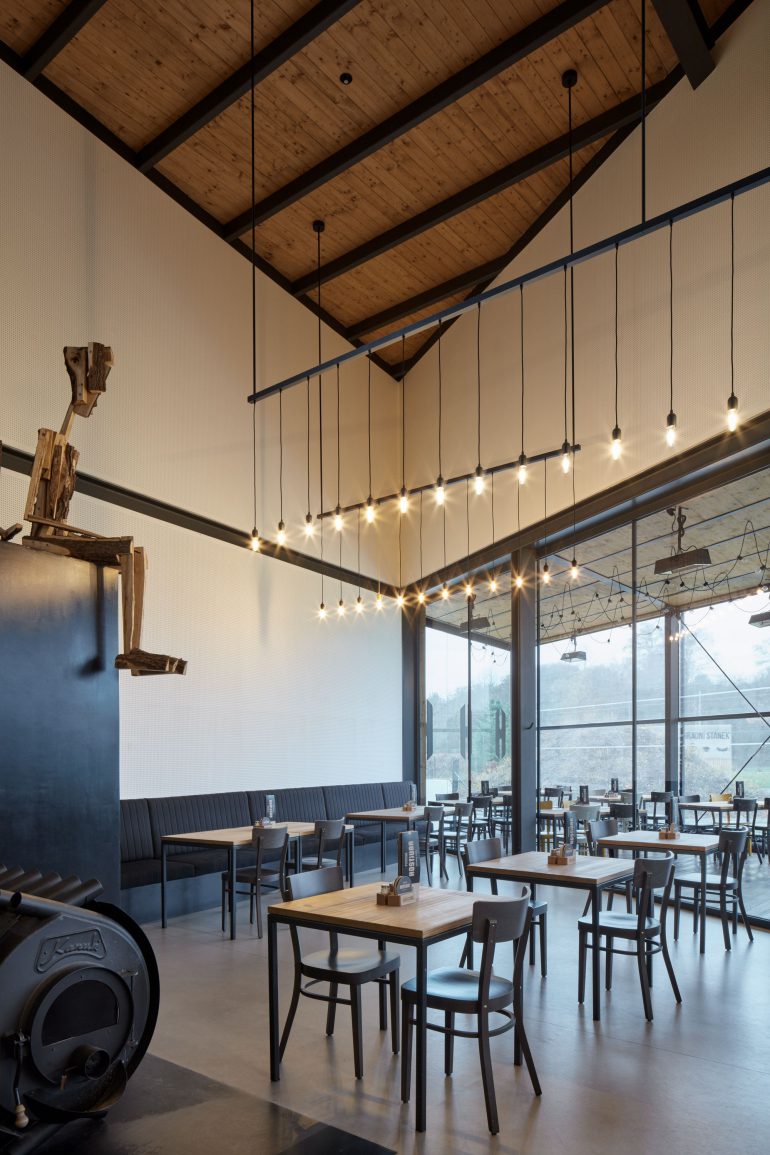 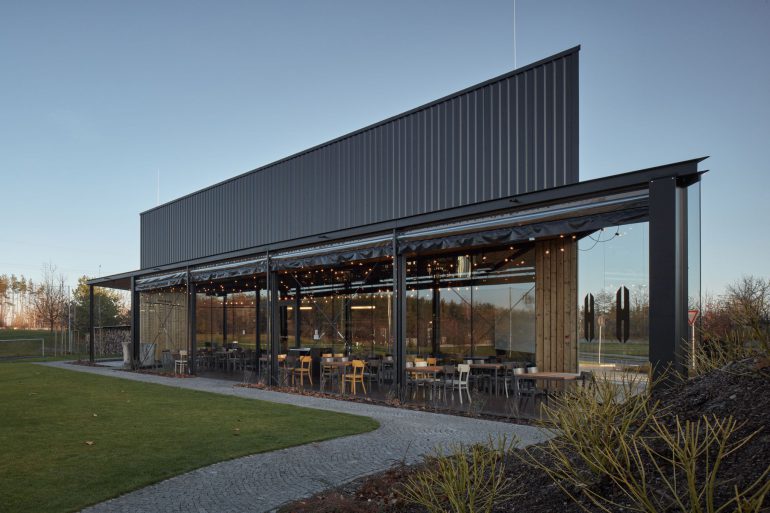 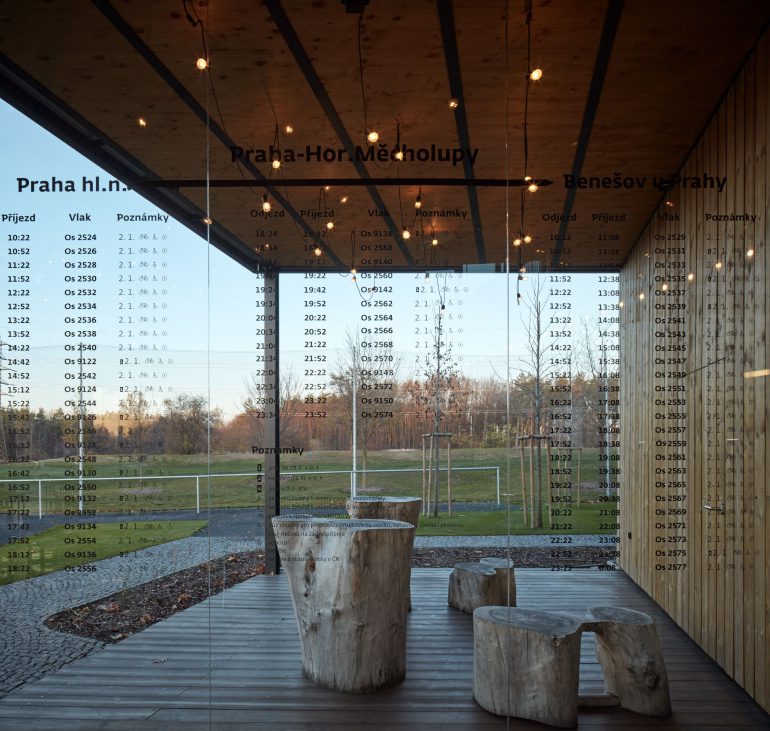 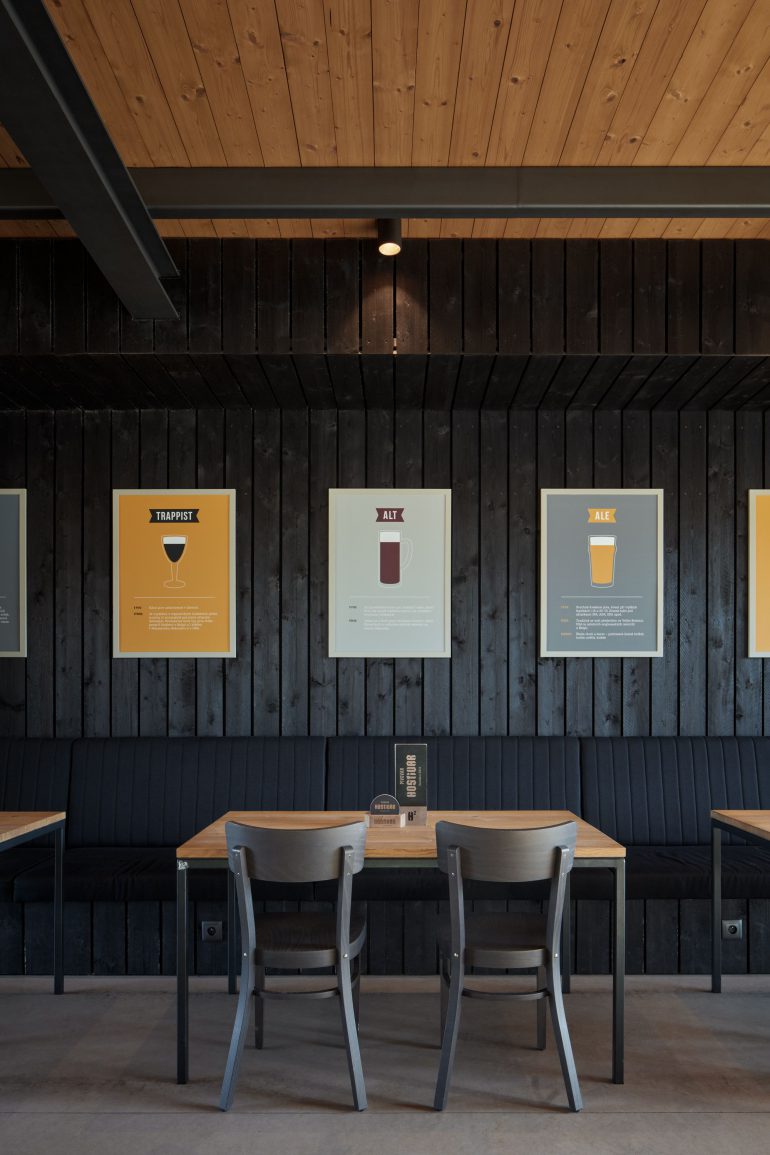 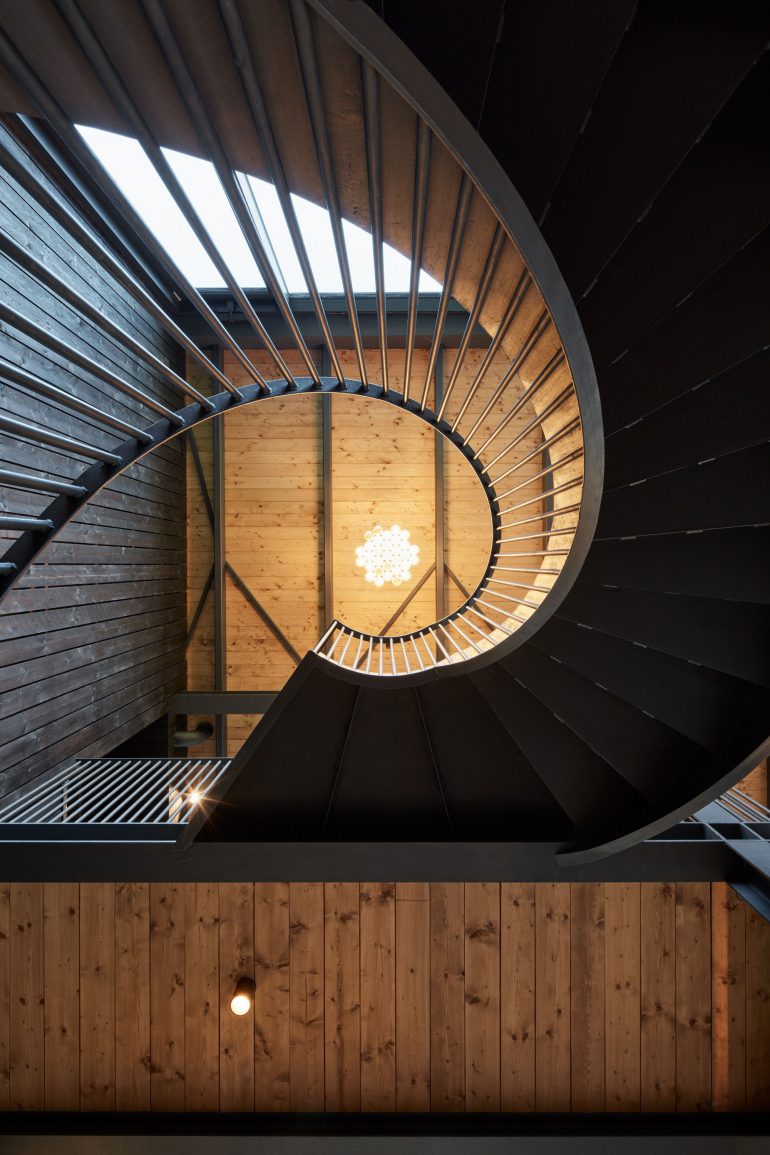 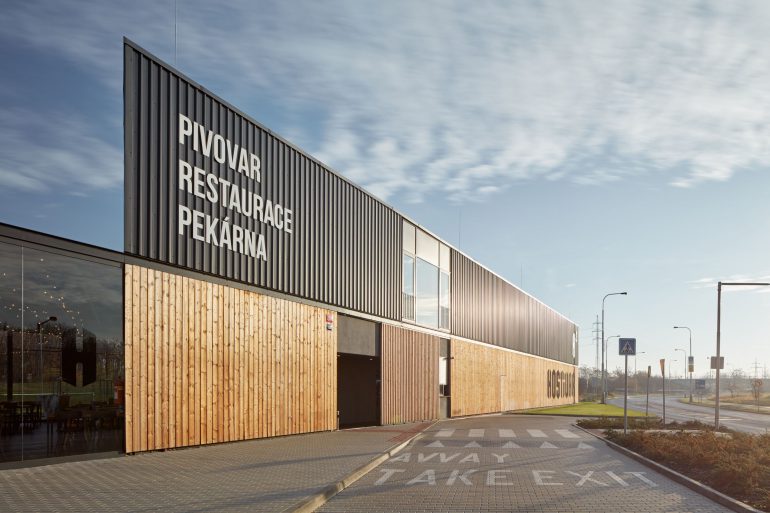