To provide the best possible service, we use cookies on this site. Continuing the navigation you consent to use them. Read more.
PROJECTS
·3 August 2018 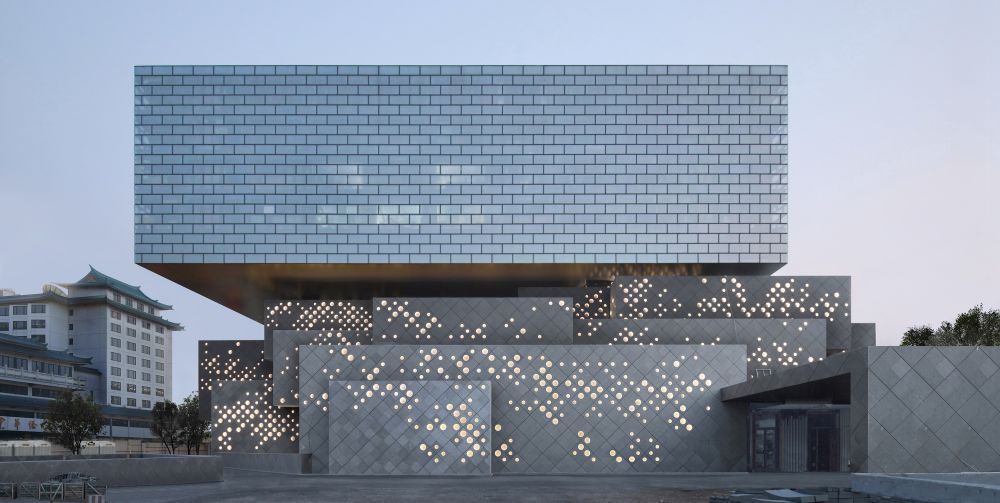 The artistic complex is thus itself the very expression of the city between tradition, commerce and culture.

Through a sense of creativity interpreted as the linking of ideas, an architectural firm can undertake an introspective process full of contradictions, accompanied by the design and implementation of unusual architectural works. Büro Ole Scheeren has set off on this contemporary journey through a work that is much more than it represents. Making a complex hybrid means first of all resizing its functions and contrasting interpretative strategies in terms of urban spatiality. Thus the Guardian Art Centre is an answer to the current conception of a cultural institution that is interested in tradition as much as it is in modernity. Its identity has given the art centre a presence that looks to the future: the value and beauty of the building have been transformed into a set of multifunctional spaces so that its verticality and composition become versatility and adaptability.

Starting from the basement with its large auction sales rooms, each floor has a different height and can be turned into a machine for events while the large central spaces, designed with ceilings and mechanisms suitable for any purpose, are surrounded by interconnected rooms that create secondary flows of people and thanks to their character, have an intimacy which contrasts with a general sense of openness, expansion and knowledge. The presence of restaurants and hotel rooms however manages to express a cultural lifestyle and allows the user to accept the possible existence of a new artistic experience.
In addition to its role as an Arts Centre per se, the building is perfectly in harmony with the surrounding territory: the brick identifies with Chinese values and the pattern on the facade looks out at one of the most important national landscapes. Through an abstract integration, the artistic complex is thus itself the very expression of the city between tradition, commerce and culture.

BIOGRAPHY
THE GERMAN ARCHITECT OLE SCHEEREN IS DIRECTOR OF BÜRO OLE SCHEEREN. ITS CHARACTERISTIC DESIGNS GIVE LIFE TO A FORM OF INTERACTION WITH OUR CITIES AND THE GENERATION OF NEW STORIES IN HIGHLY INTEGRATED ENVIRONMENTS. SCHEEREN IS CHIEF DESIGNER AT BÜRO-OS AND CONTROLS THE CREATIVE VISION OF THE COMPANY AND ITS STRATEGIC DEVELOPMENT. 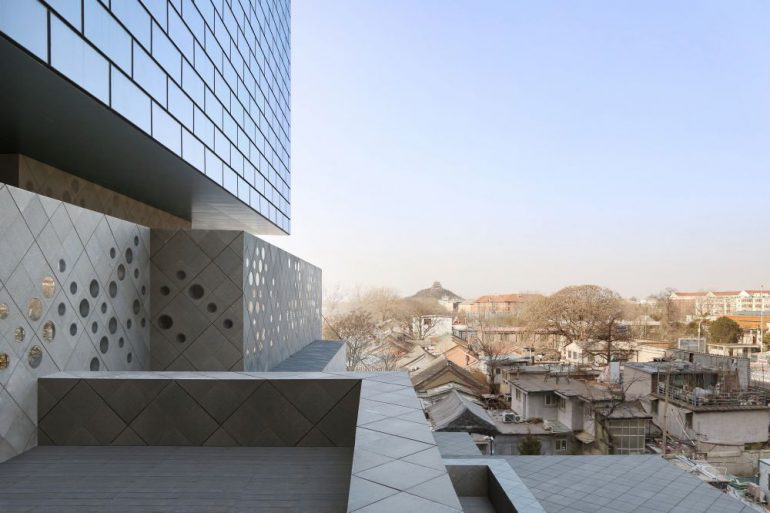 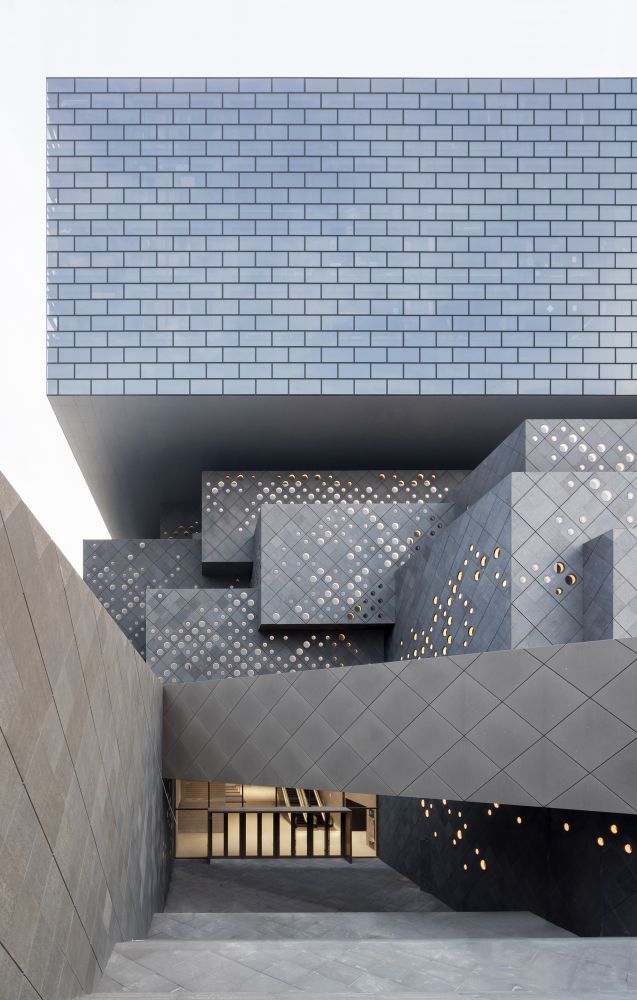 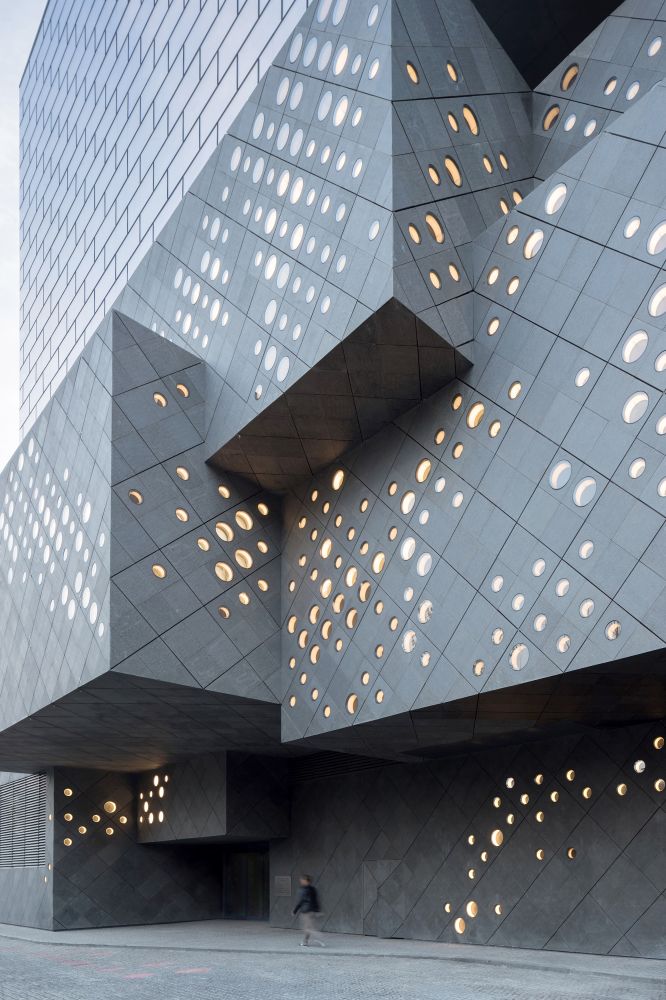 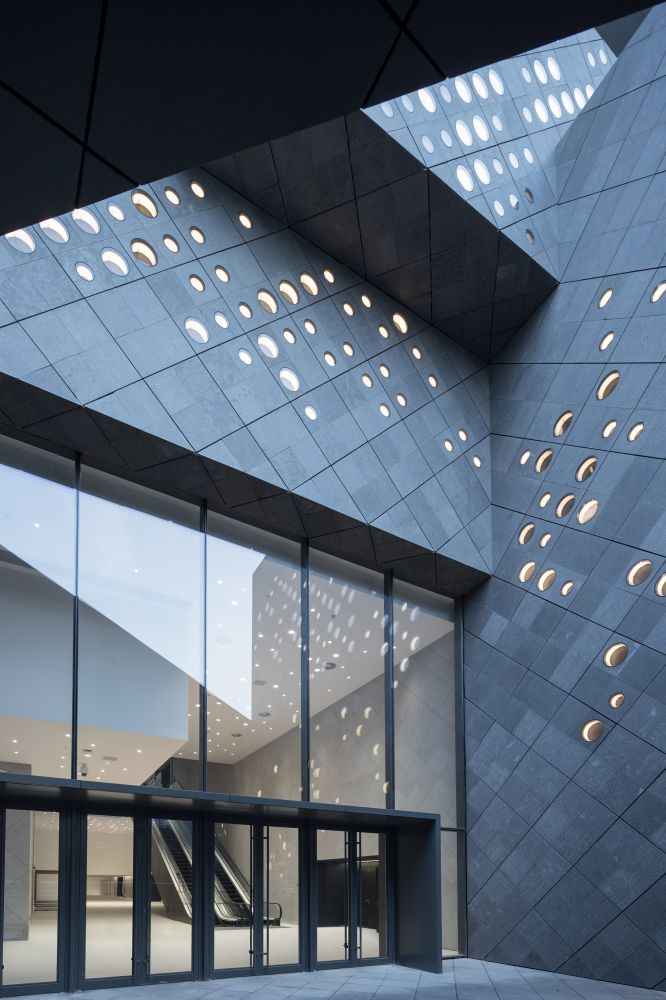 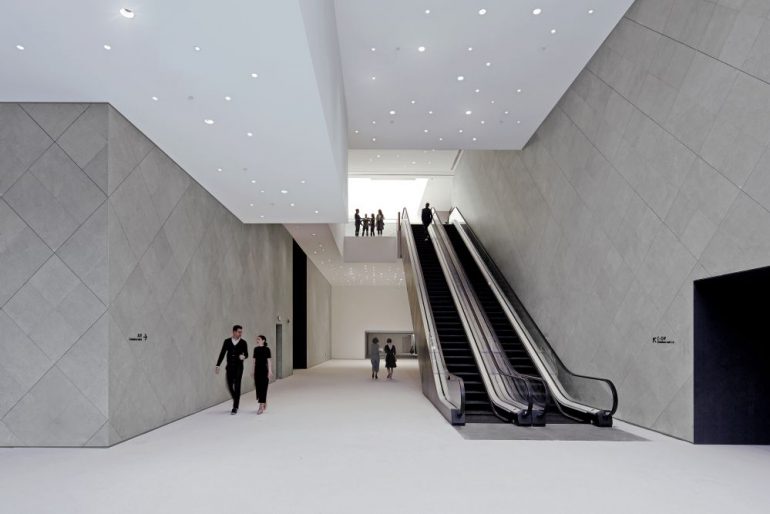 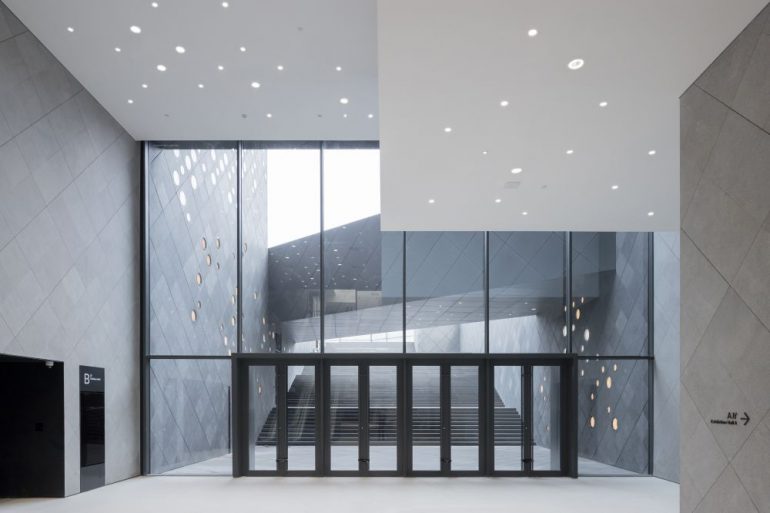 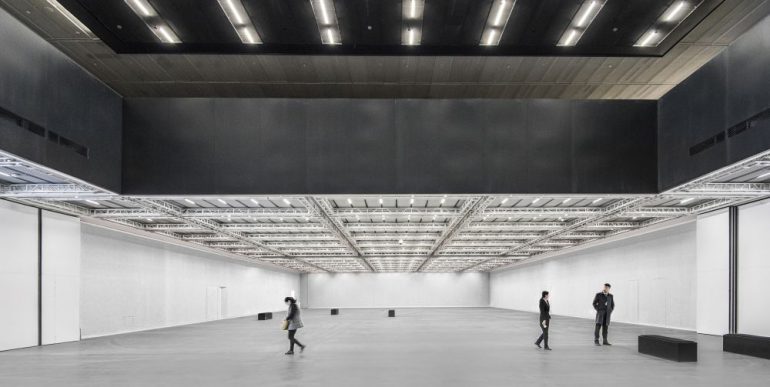 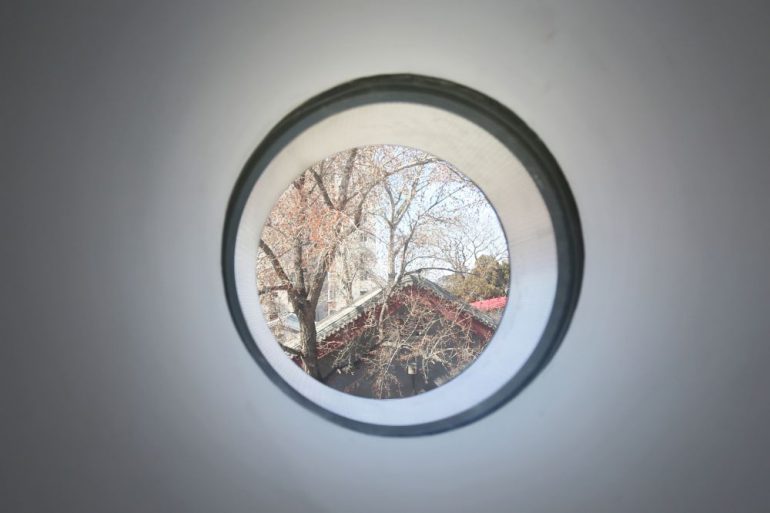 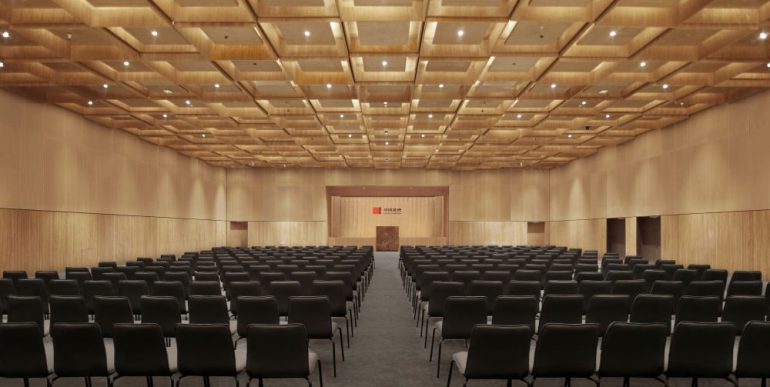 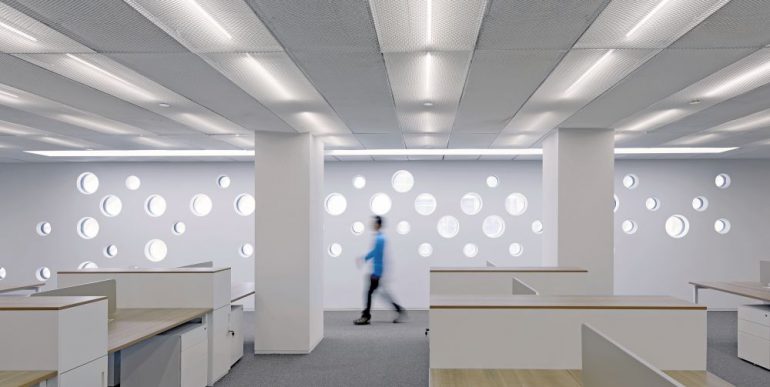 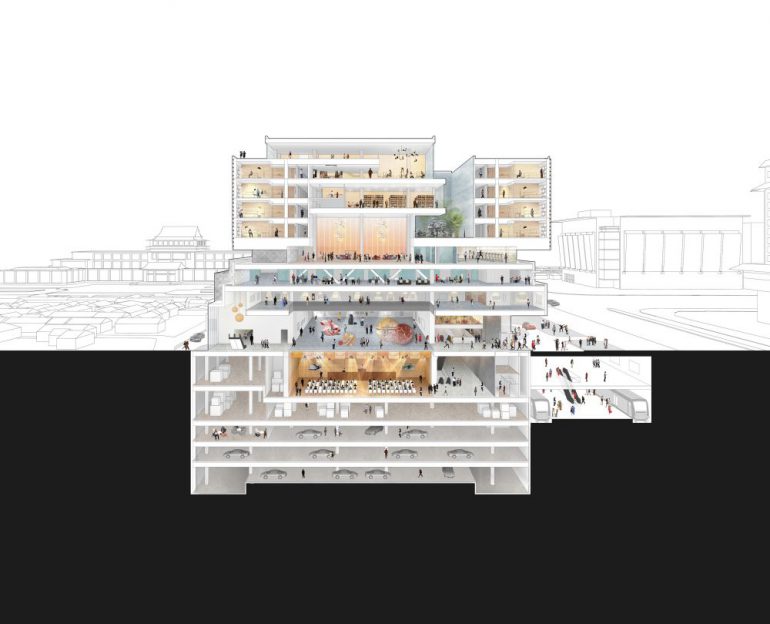 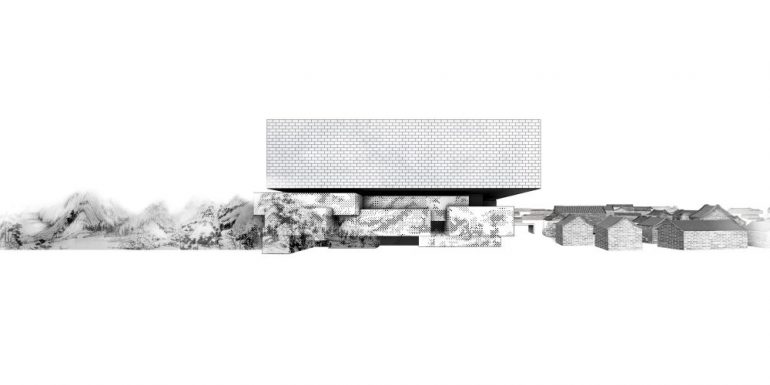