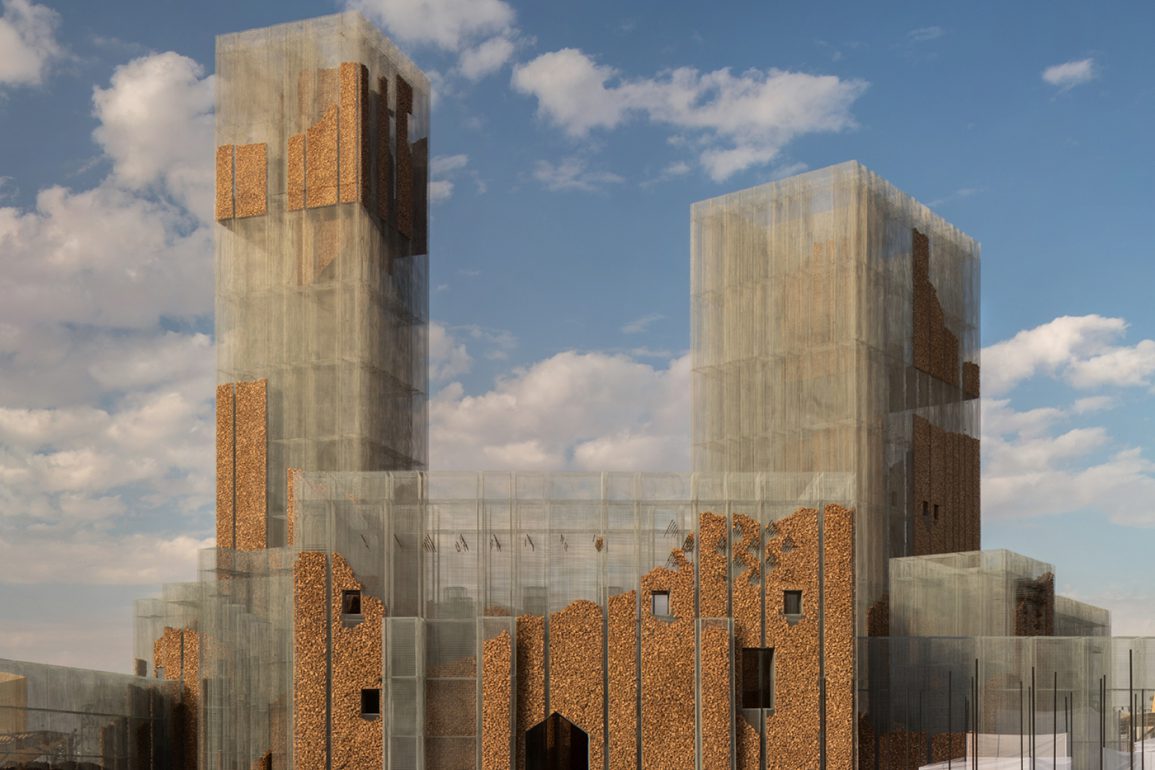 The project, commissioned by the Diriyah Season Committee, is located near the At-Turaif District, a UNESCO World Heritage site that is the subject of a major development plan that includes the opening of museums and cultural institutions. The entire operation is also part of a period of strong evolution of the country, which last September opened for the first time to international tourism and is at the center of significant civil changes.

As artistic director of Studio Studio Studio, in Gharfa Edoardo Tresoldi has collaborated with the designer Alberonero, the musician Max Magaldi and the green designer Matteo Foschi, founder of the studio Odd Garden, for the creation of site-specific installations that use different mediums to tell different spaces of meeting, rest and contemplation.

Gharfa stages the intimate relationship between man, landscape and architecture through a reinterpretation of the human relationship with cultural archetypes, recalling the theatrical world as a complex system of technique, reality and illusion.

The pavilion looks like a large sculpture that can be traversed evoking the local ruins and reaches in its highest part 26 meters high. Here the Absent Matter by Edoardo Tresoldi, expressed thanks to the wire mesh, is grafted onto the cork to define intimate spaces and tight paths that encourage the visitor to discover. For the first time the Italian artist has created an ephemeral architecture that does not feed on the visual interpenetration with the context, but is outlined as an architectural fortress that only lets you glimpse what happens inside.

The installation Duna by Alberonero, in semi-transparent fabric, dialogues in a complementary way with Gharfa and represents the symbol of a white horizon and path in the void. A threshold between visible and invisible in which to discover the space as a place to get lost: a subtraction from sight and its perception, a sort of shaded limbo that isolates the visitor from the outside world.

Inside Gharfa, fire, the moment of aggregation par excellence, is at the centre of the projected video installation created by Tresoldi. In another installation, the carpet, a peculiar element of Arab culture, acts as a counterbalance to a sky of artificial clouds for a metaphorical connection between tradition and contemporary.

The Arab decorative apparatus – with its symmetrical and delicate lines – is formally sublimated in the green installation created by Tresoldi and Matteo Foschi in which vegetation intertwines with industrial materials. In Max Magaldiogni’s sound story, the element is independent but at the same time connected to the others: if the composition is perceived in its entirety only at the centre of the structure, the particular spatial arrangement of the pavilion allows the visitor to create his own personal audio “mix” during the journey, in which each moment is different from the previous one.

Digital and analogue, anthropic and natural, organic and geometric, they structure an expressive language that breaks up and then re-sets the fine line between collective imagination, individual imagination and narrative fiction. Within this approach, theatrical artifices and scenic materials are not hidden, but exhibited: projectors and scaffolding become an integral part of the installations; green becomes architecture, sand is cork, fire is projected, clouds are cut between smoke and light. The result is story and surface, stage of perception and, at the same time, its behind the scenes.

Each element of Gharfa lives on its own life, but it is conceived within an orchestral composition that interprets cultural contaminations as a heritage from which the languages of tomorrow are born. 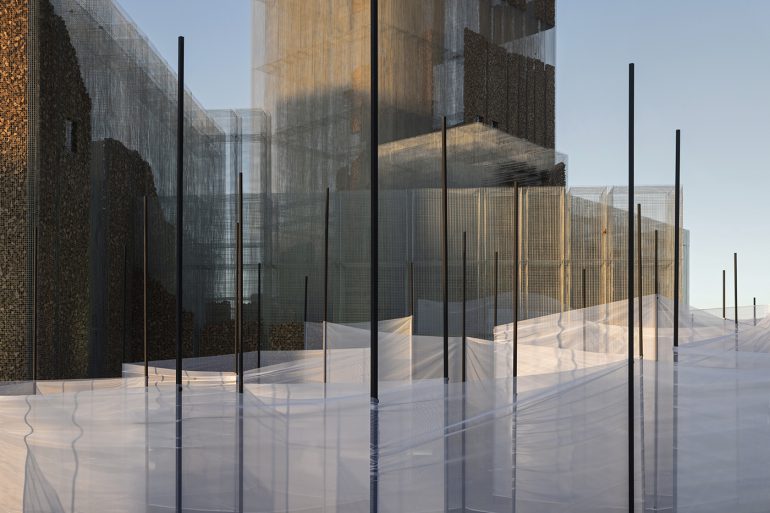 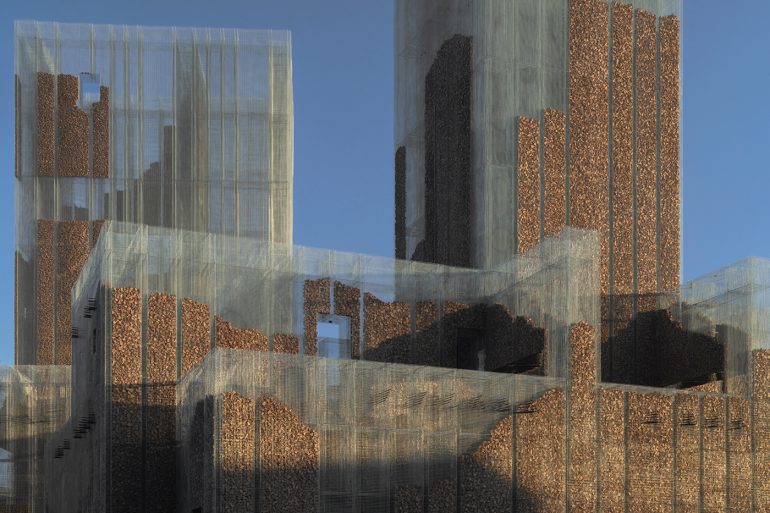 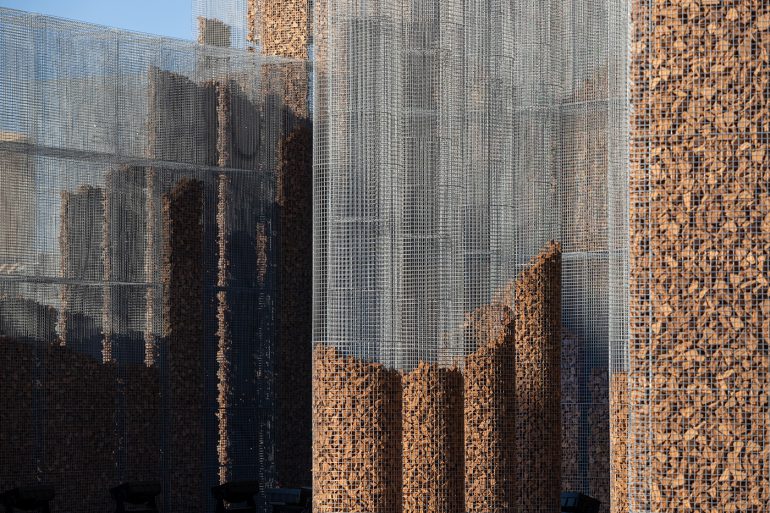 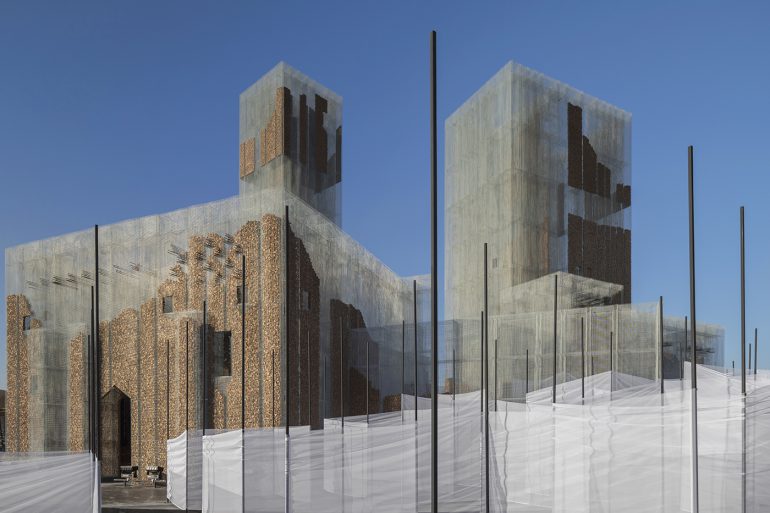 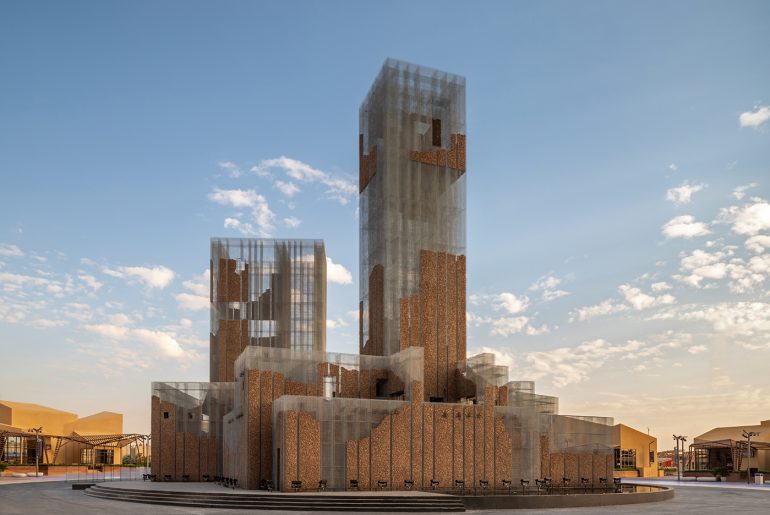 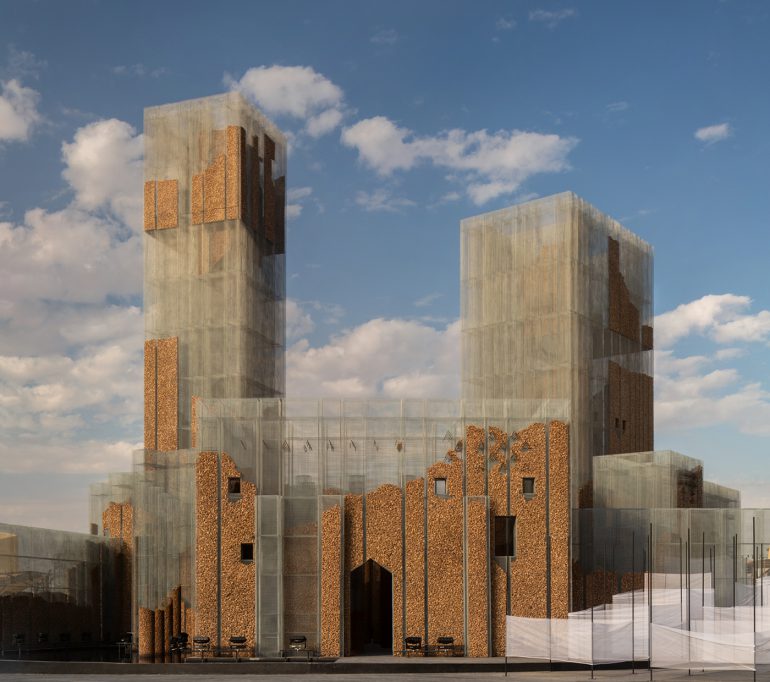 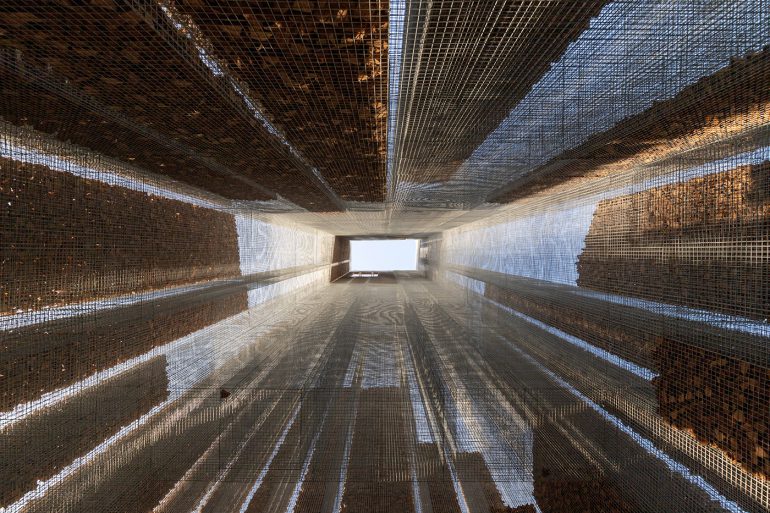 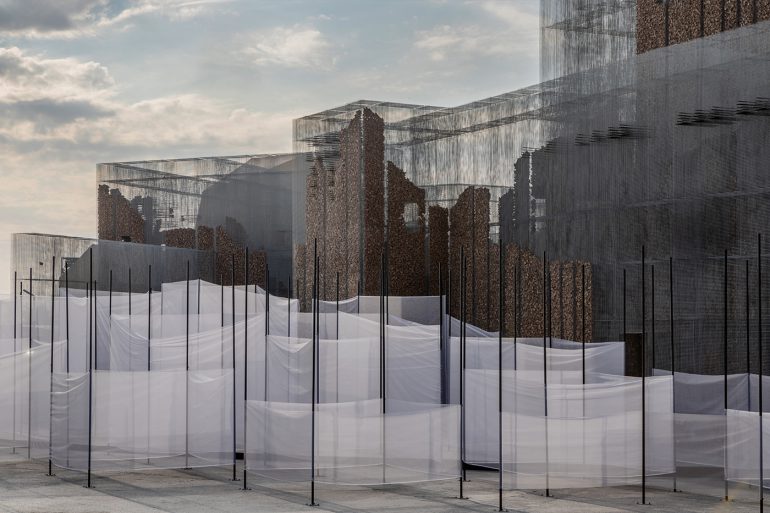 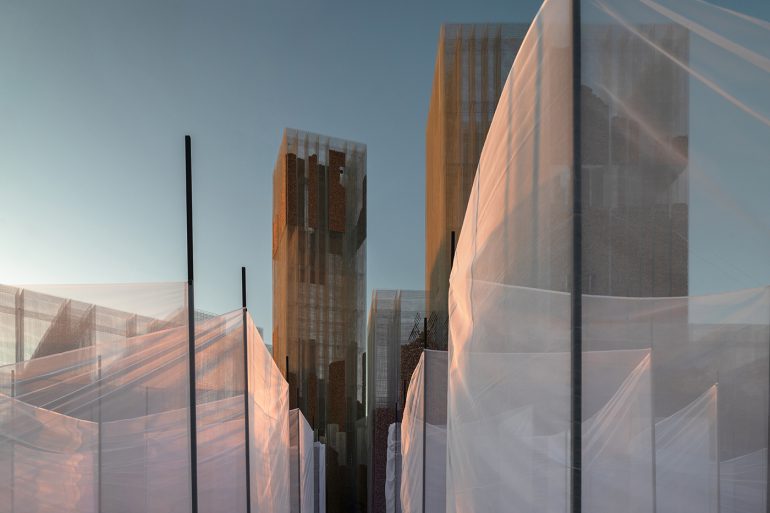