From disused pavilion to ecomuseum

A disused pavilion of the Architecture Biennale is transformed into an ecomuseum: this is the result of the recently completed pilot project of the MePart programme, developed by the start-up Heritage Asset Management SBRL, a spin-off of the Iuav University of Venice.

The MePart programme plans the reuse of fittings and temporary structures produced by large cultural events through a networked platform. Its objective, in line with the European Green Deal, is to promote the transition towards a circular economy by focusing on a particular segment of the construction sector, that of temporary installations, linked to the world of large-scale serial cultural exhibitions. In particular, MePart deals with the re-introduction into the Veneto region, in urban regeneration programmes aimed at improving the quality of public space, of waste from temporary exhibition installations that have taken place in the historic centre of Venice.

The pilot project, developed by architects Roberta Bartolone and Giulio Mangano, funded by the research line LAB1 “Tourism and Cultural Heritage”, included the reuse of the installation The Port and the Fall of Icarus, presented at the Dutch Pavilion Work Body, Leisure at the 16th Architecture Biennale in 2018.
The installation is made of cortén (patinated steel) panels with self-supporting technology.
In agreement with the Municipality of Corbola (RO), the structure of the pavilion The Port and the Fall of Icarus has been re-functionalised as an open-air ecomuseum, enhancing the archaeological route of the Via Popilia, an important Roman road that from the Roman colony of Ariminum (Rimini) passed through Ravenna and continued to Aquileia.

The recycling of the work involved a new planimetric layout, starting from the total reuse of the panels. The upcycling process (aimed at reusing objects to create a higher quality product) intervened at the end of the installation’s life, whose parts, at the end of the Biennial, were disassembled, catalogued and stored at the destination site.
Although experimental, the case of the Dutch pavilion shows how it is possible to find new ways of combining cultural production and development to generate “sustainable” growth dynamics for the territory. 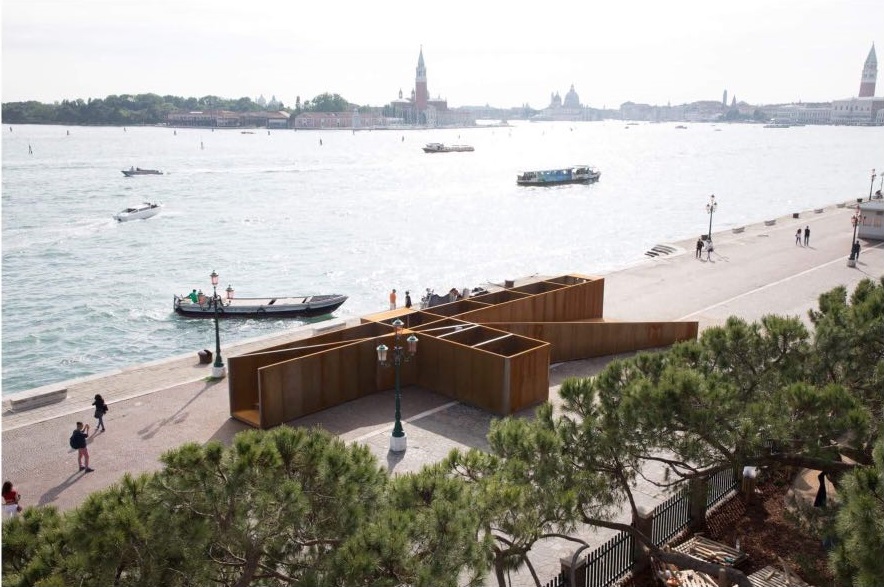 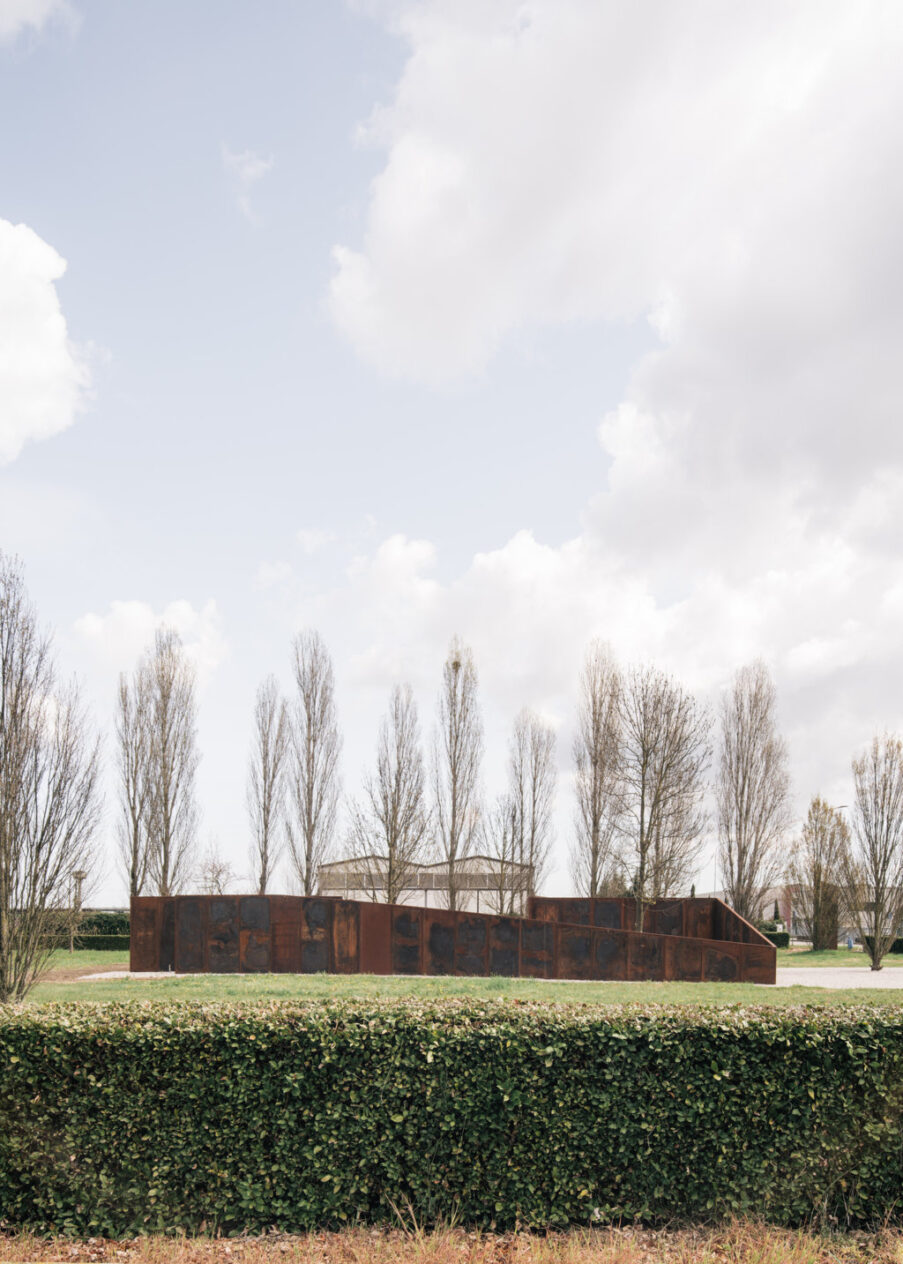 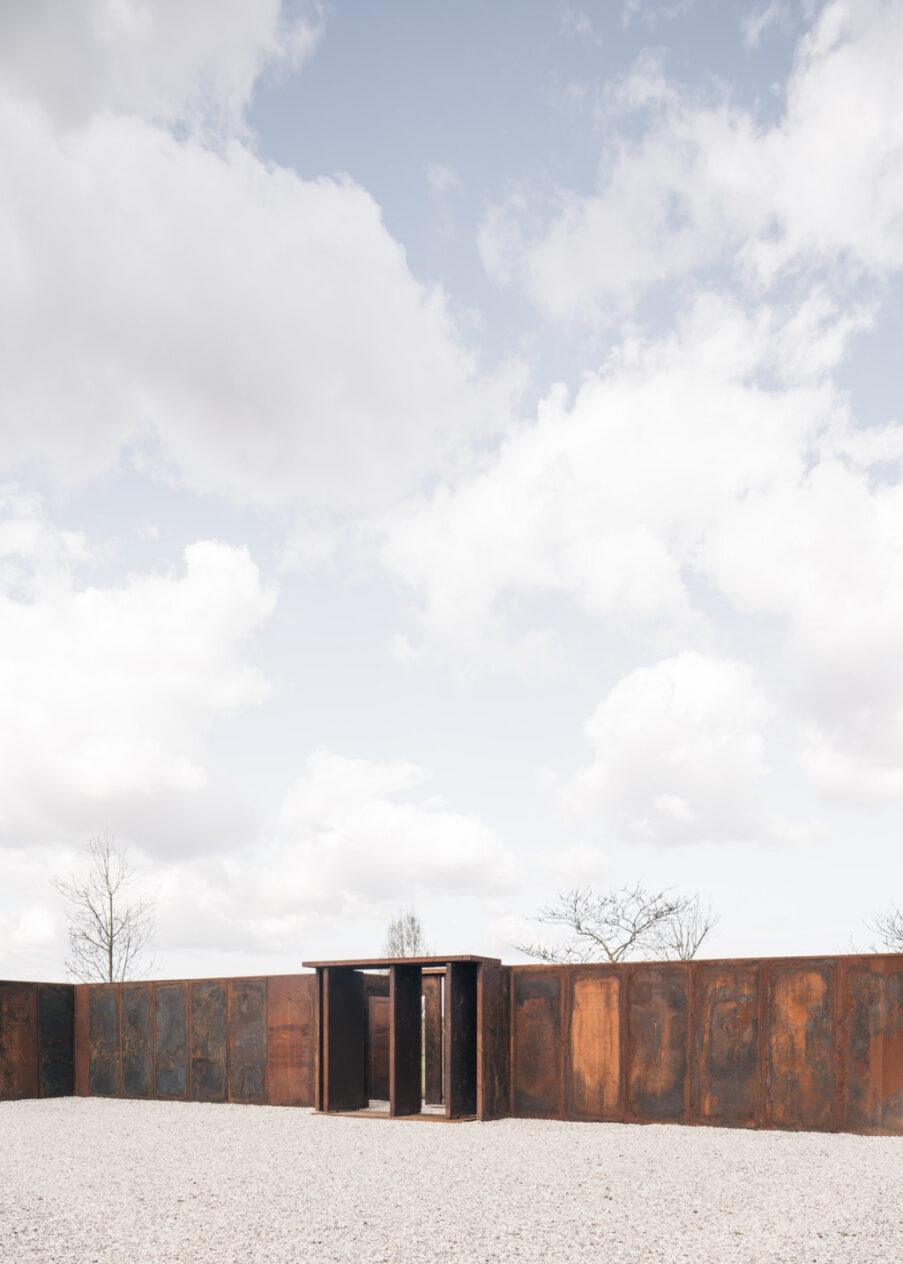 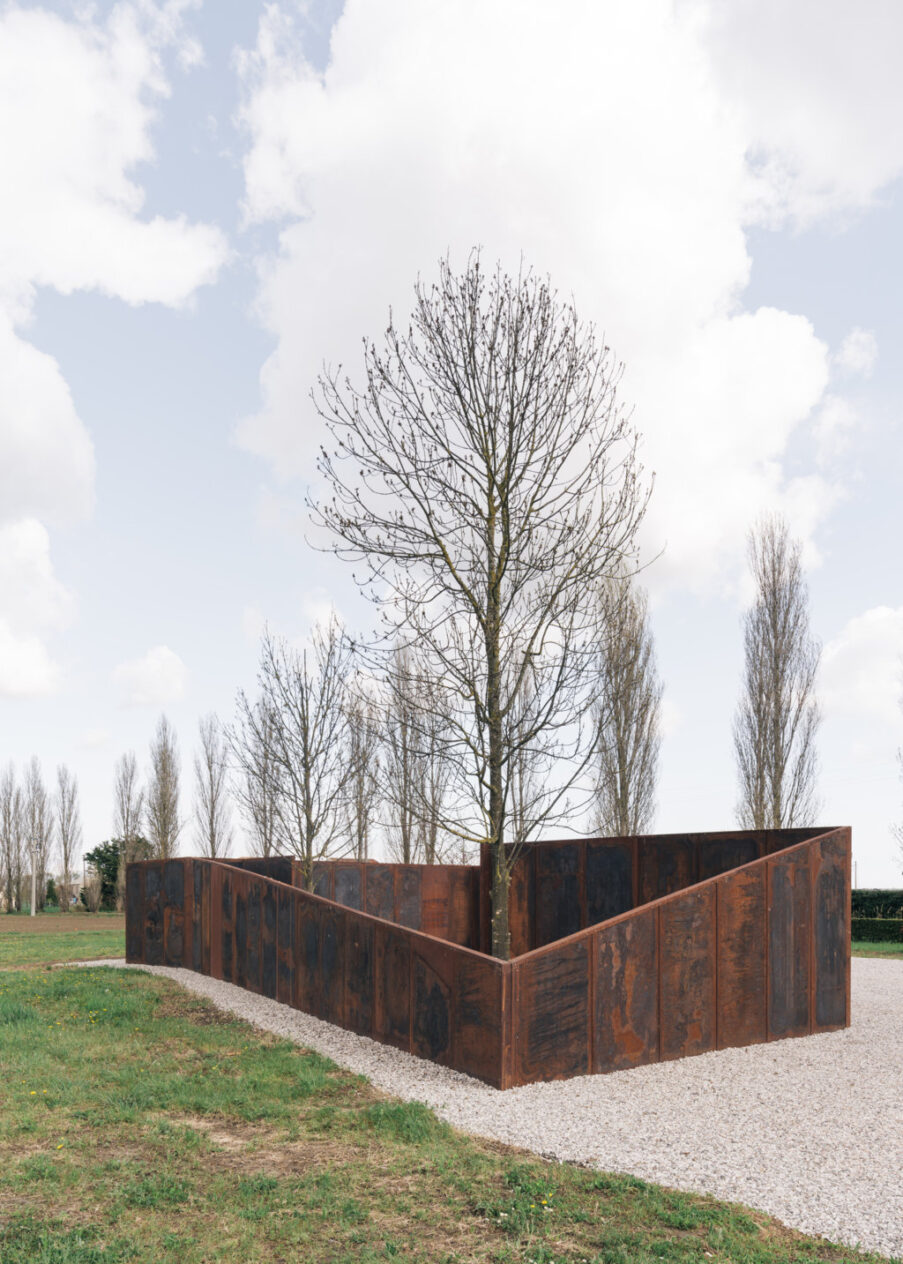