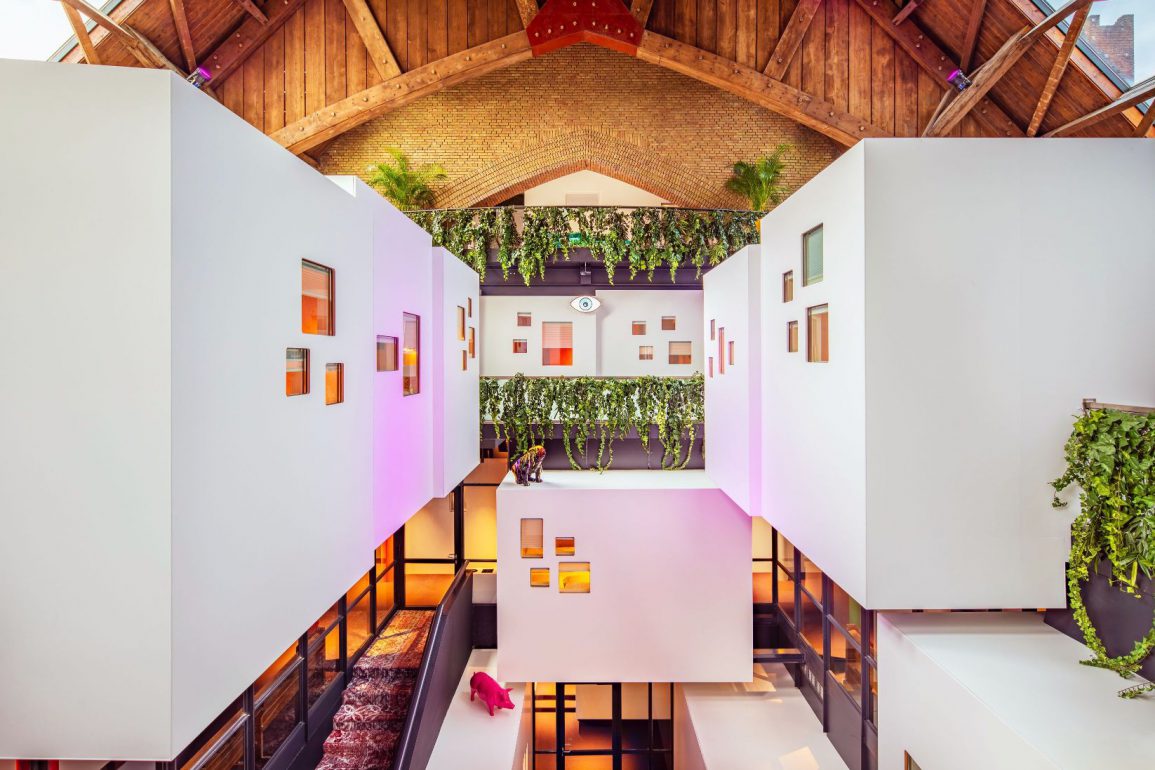 A true transformation for the former St. Rita Church in Amsterdam designed by architect Alexander Kropholler and built in the 1920s, which finally reopens to the public, but this time it’s BUNK Hotel.
With 107 rooms ranging from one to five people, and 52 private pods, BUNK hotel Amsterdam is one of the most affordable options among Dutch luxury hospitality facilities.

The project was developed by architect Rob Salemans from Raumkultur, in collaboration with the building’s owner and a team of Dutch creatives and designers.
The overall design of the architecture is characterised by contrasting styles: on the outside, the original appearance has been maintained, leaving elements such as the brick arches and the wooden truss intact, while the rooms inside are made out of white prefabricated HPL blocks that seem to float in space.
However, the building’s exterior aesthetics are not the only historical element that was emphasised during the design process. In fact, an open-air memorial commemorates the bombing that affected the church in 1943, and a library to share local history with travellers.
To evoke a more contemporary era, a staircase was created inside the nave, leading to a collection of old vinyls and a UNTOLD recording studio/radio station.

Sustainability and technology meet with fun and functional spaces and define the character of the BUNK hotel. Quality can be found in every detail, from the ambient lighting to the mattresses in the rooms, the high-pressure spray showers that reduce water waste, the organic shampoos and fair trade cotton towels provided for guests.
An automated check-in, free WiFi and charging and USB sockets conform to an increasingly technological sort of clients.

BUNK hotel’s principles also include the importance of sharing and inclusion, which are reflected in the common areas, gender-neutral bathrooms and communal tables in the dining area.
Social and cultural events are held weekly in the hotel.

BUNK hotel in Amsterdam is the second monumental church, after the already renovated one in Utrecht, converted into a place dedicated to travellers, locals or artists who can meet and participate in cultural events in the structure. 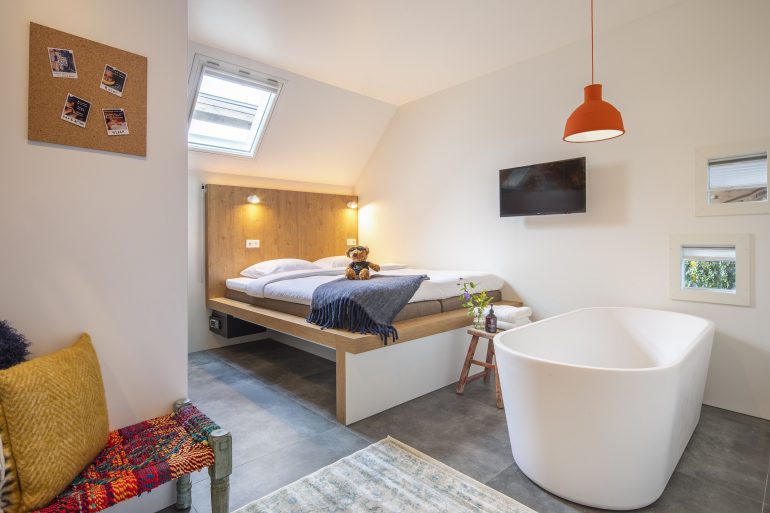 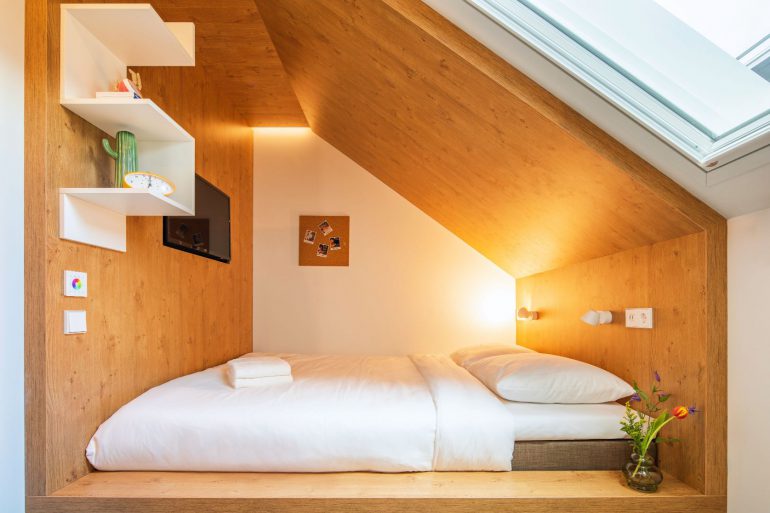 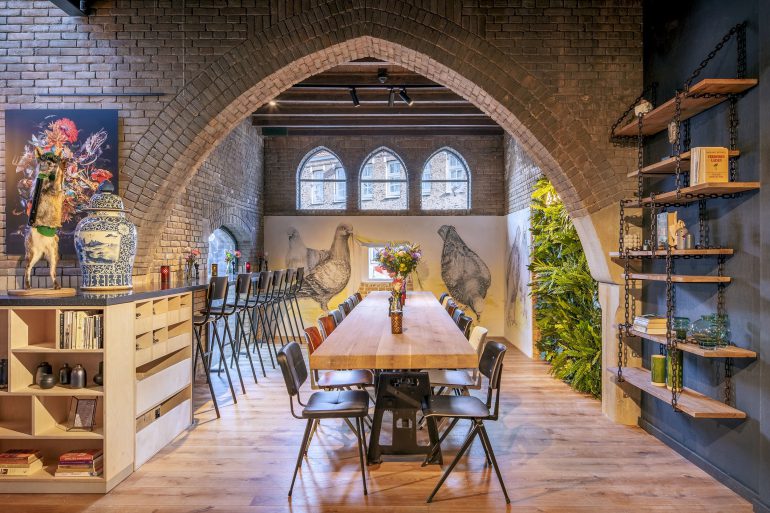 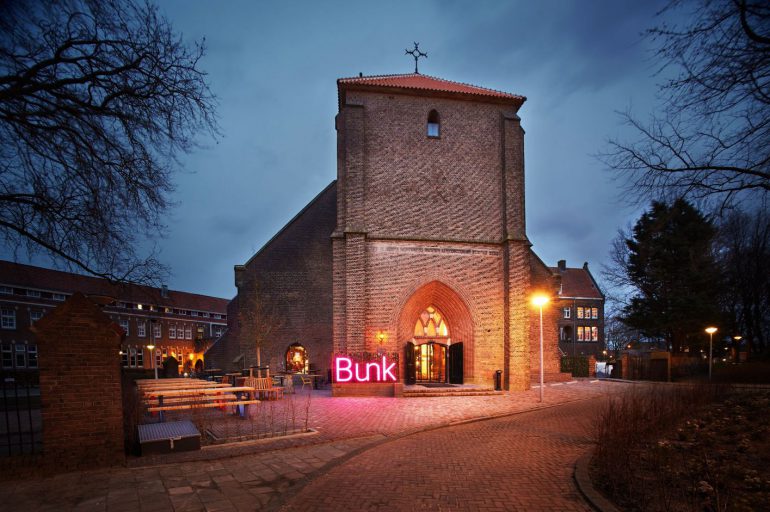 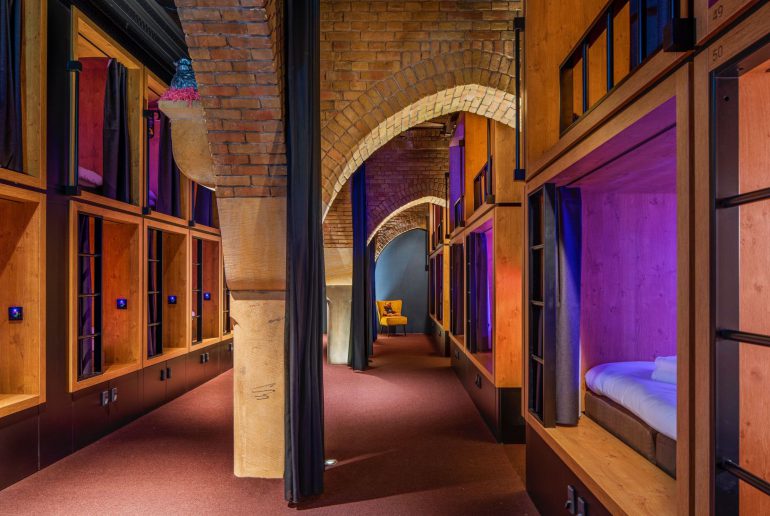