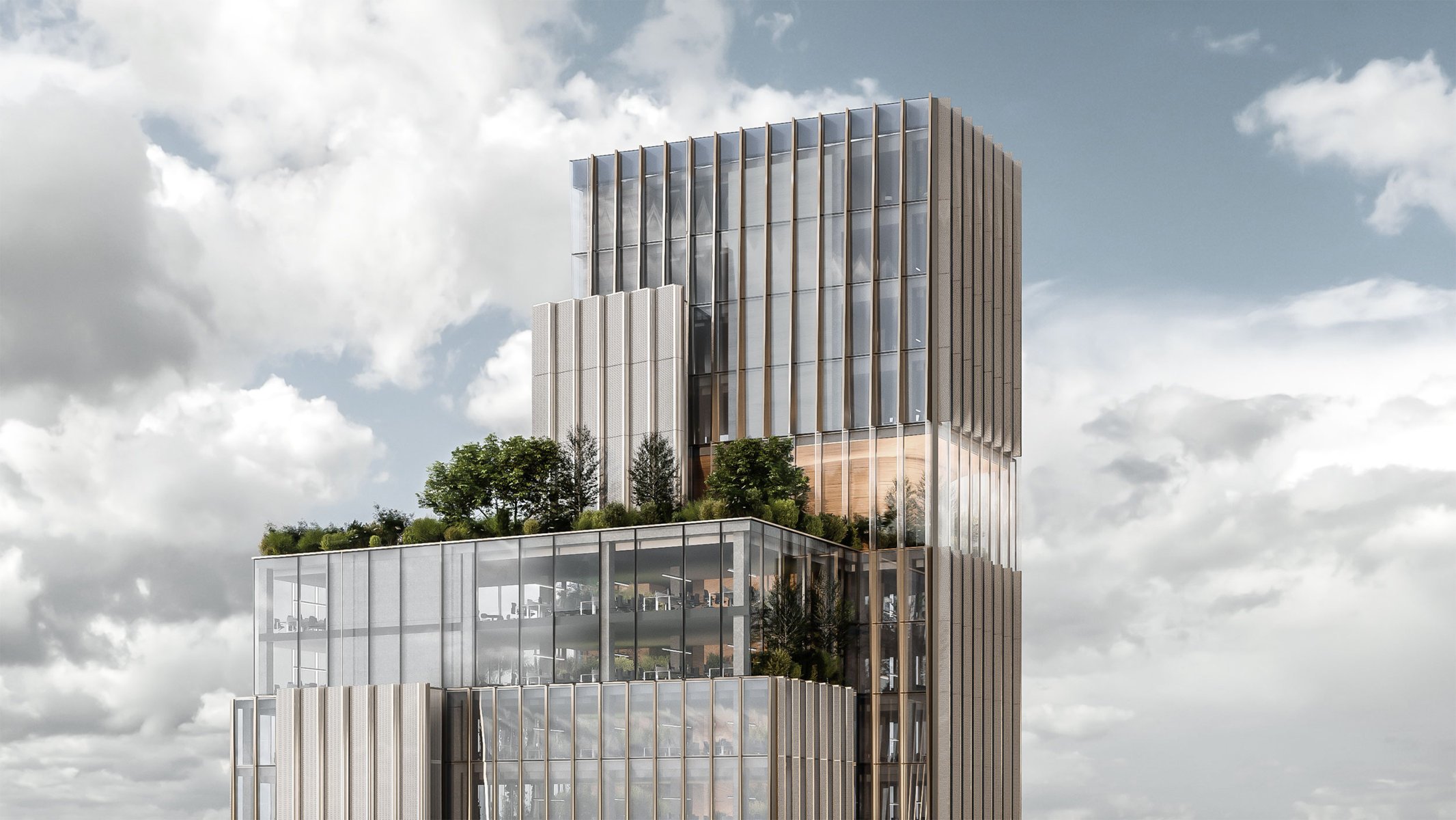 For a Milan of tomorrow

The Park Associati studio presents MI.C, an urban design, landscape and architecture project with the ambitious objective of creating a new architectural complex that will give new life to the former Hotel Michelangelo, a symbol of the Milanese skyline for more than half a century.
The project proposes a series of interventions on Piazza Luigi di Savoia, conceived as a binder of its urban fabric with the aim of rationalising the flow of movement and implementing pedestrianism: greenery becomes the main actor of the proposed transition, both through the creation of a garden at the foot of the new complex, and through the activation of a diffuse natural landscape. Tree-lined paths and urban gardens become the new places of social and relational aggregation.
The same existing services, such as taxis and bike sharing, will be improved by the inclusion of a velostation and coworking areas directly connected to the new building.

One of the main design objectives was to preserve the important legacy for the history of the Lombard capital enjoyed by the former Hotel Michelangelo, articulated through the reuse of part of the structural material of the existing building: a targeted deconstruction process in which as much of the Hotel’s concrete as possible will be reused, partly in the new building and partly in the design of the public space.

The new building is mainly composed of two adjacent towers, which develop from a curtain wall volume that binds the complex to its block. On the ground floor, the building recedes from its maximum height, generating a natural extension of the square.
An articulated system of different green spaces extending from the entrance to the communal spaces at the top increases the overall architectural quality of the whole system. It is a sort of “green spine” that, starting from the outside, rises in the hall on the ground floor and runs inside the building to assume, in some points, a more relevant dimension that defines natural indoor and outdoor spaces.

The façade represents the most dynamic element of the intervention: it adapts and changes in line with the development of the building’s interior life. Glass is the protagonist: both as an element of transparency and as a motif of composition, thanks to cusped elements that change their inclination as they acquire verticality. At the special levels, those where the green spine emerges and leans towards the city, the façade opens up, increasing its transparent component and revealing the natural element contained within.
The result is an adaptable building that always changes and looks different according to the particular experiences it is subjected to.
For more information visit www.parkassociati.com. 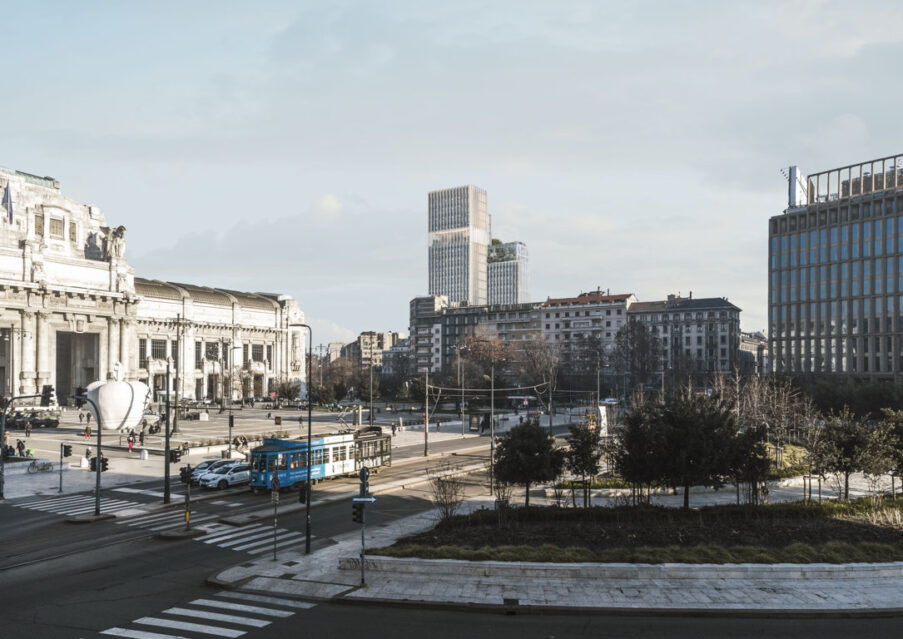 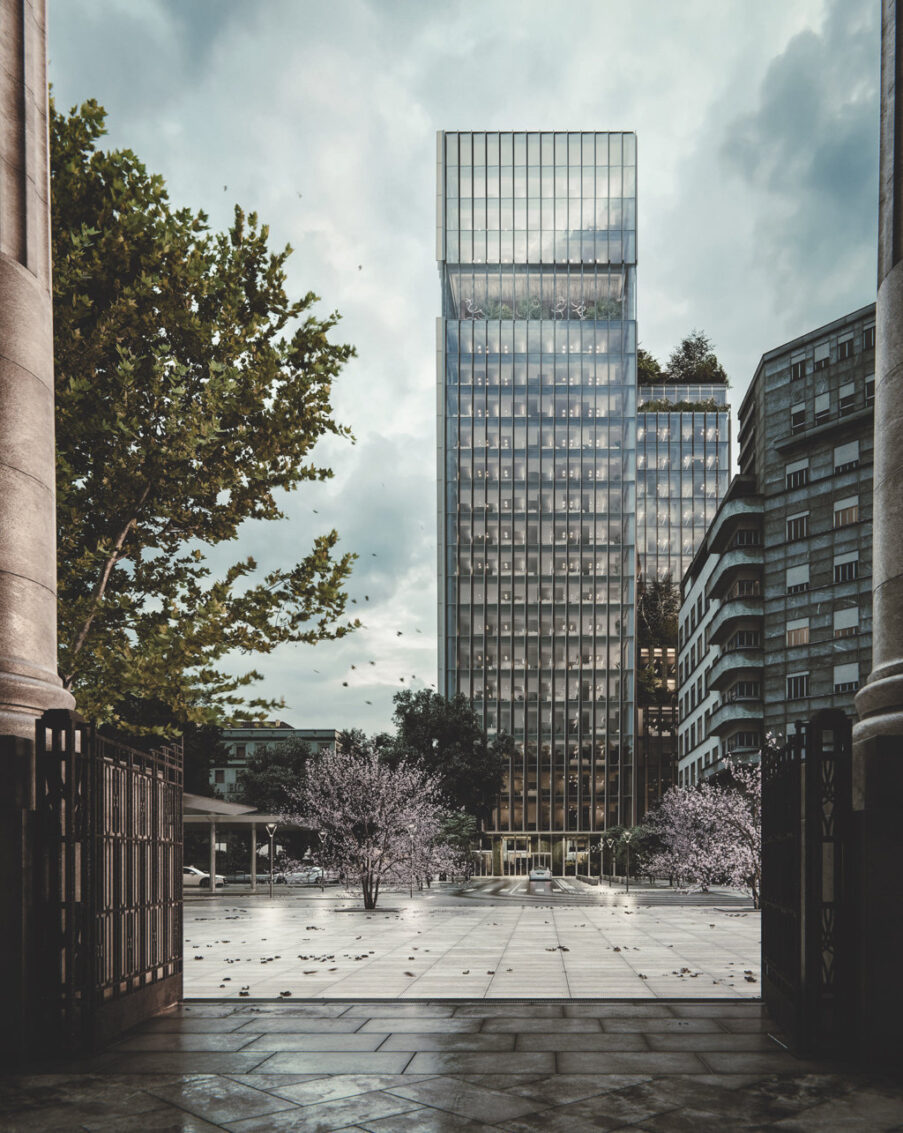 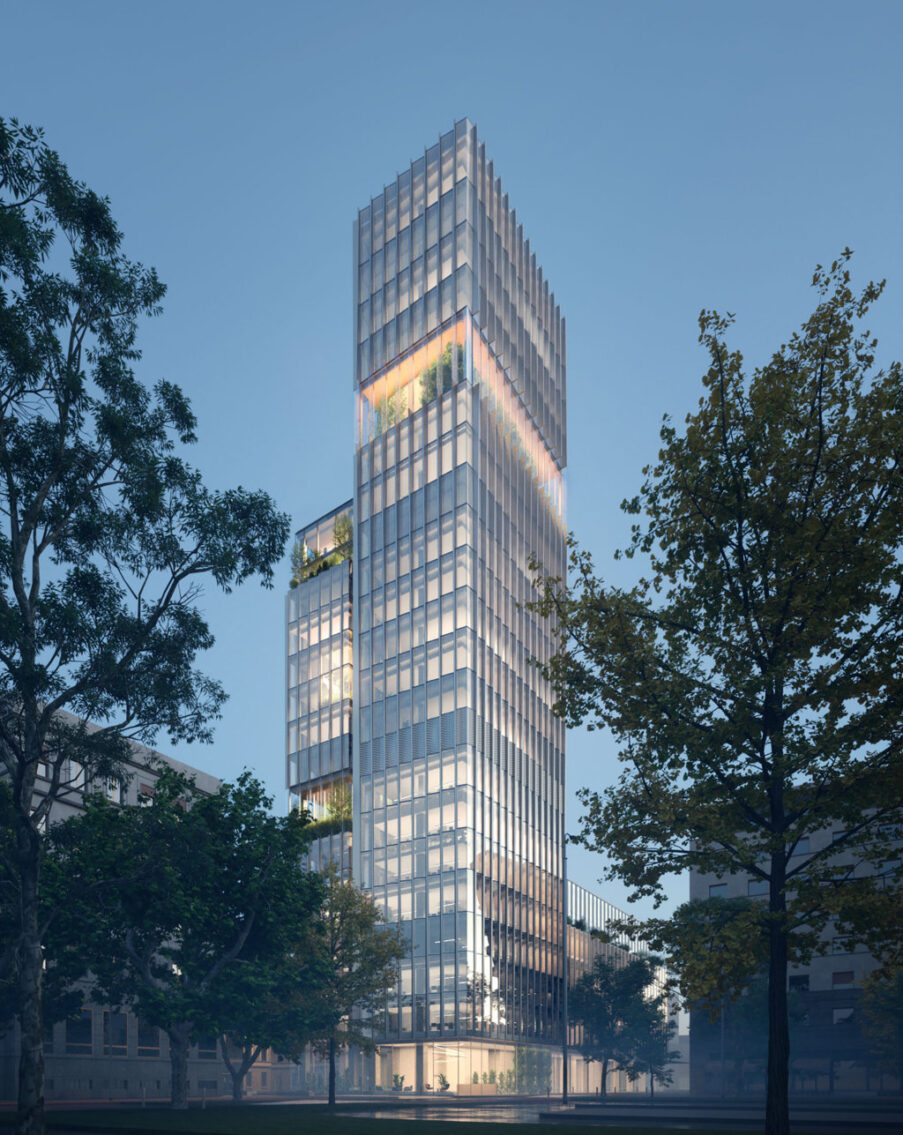 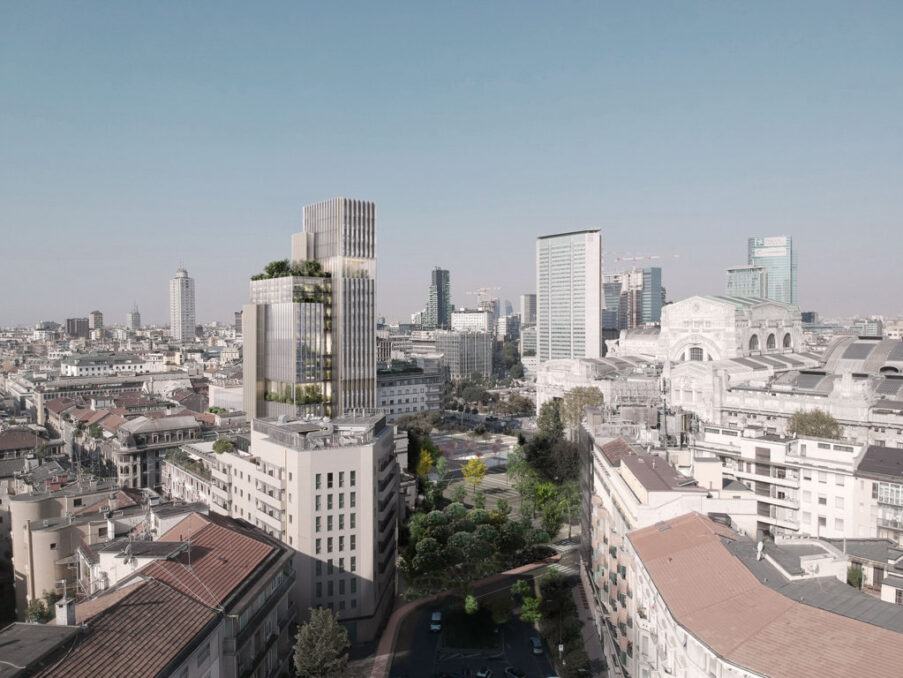 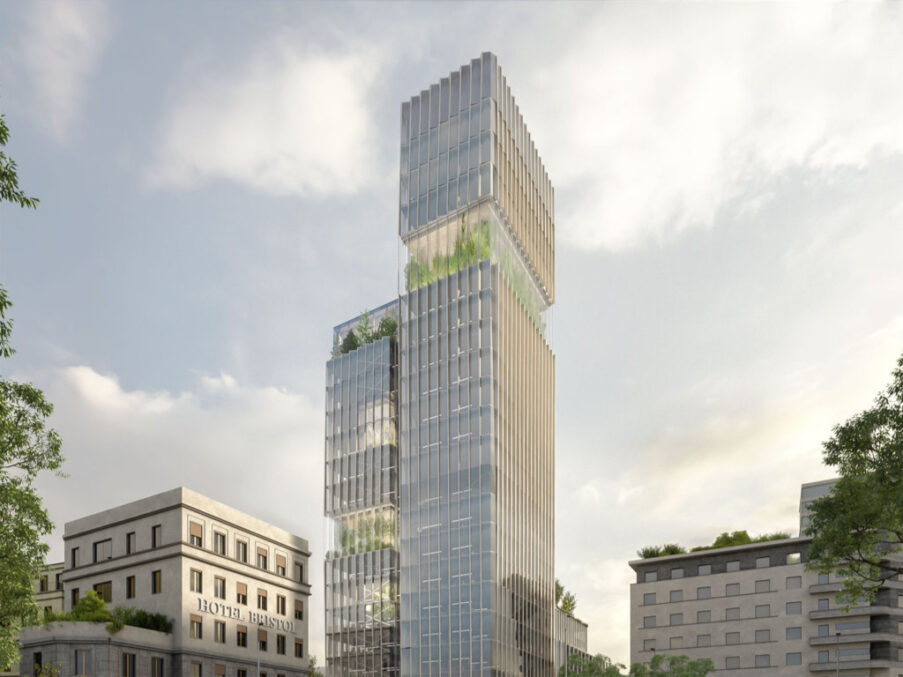 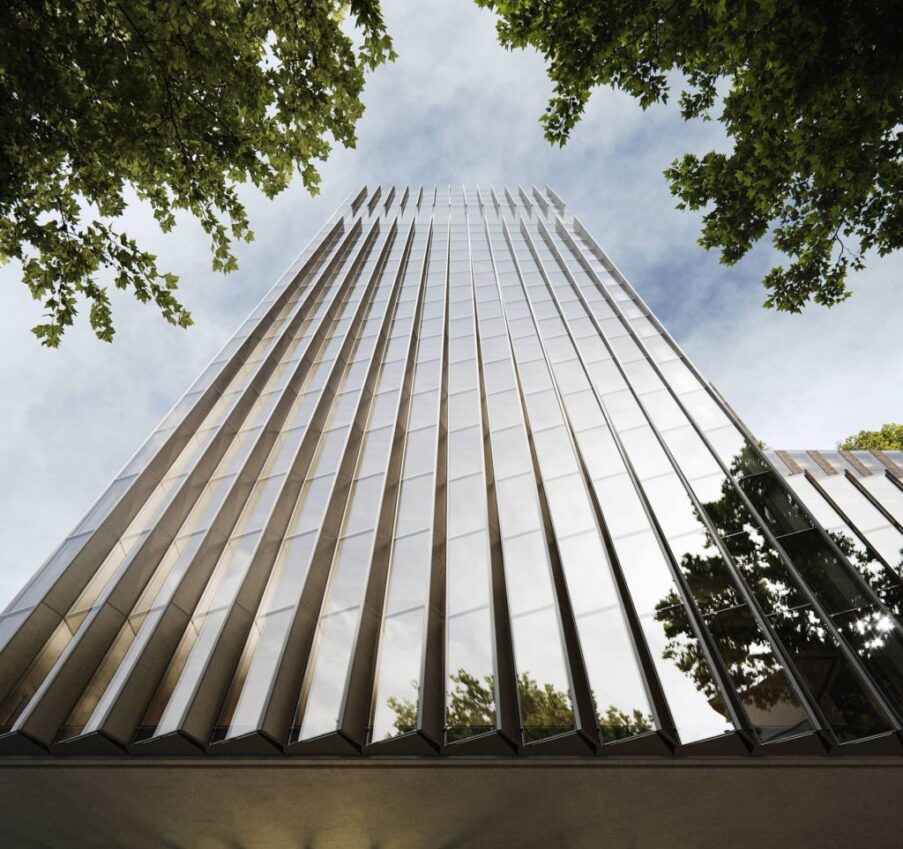 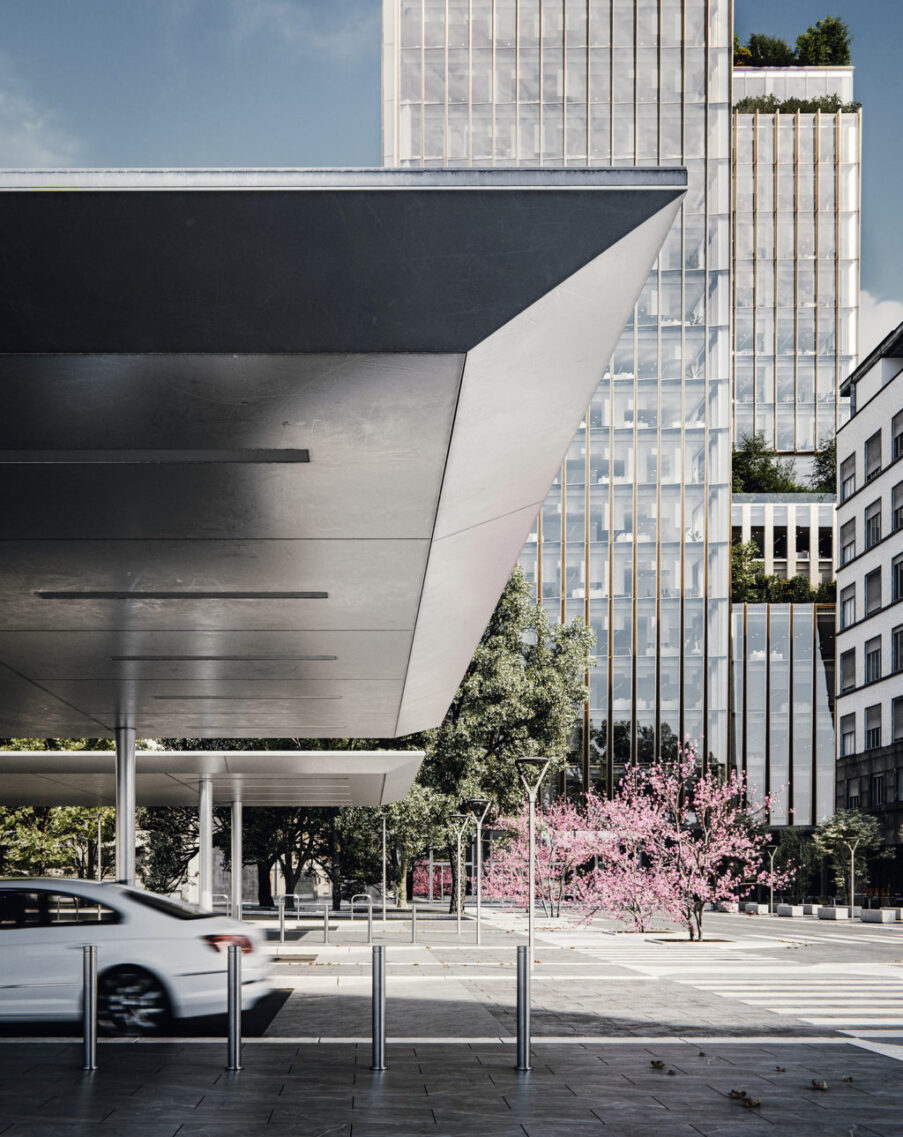 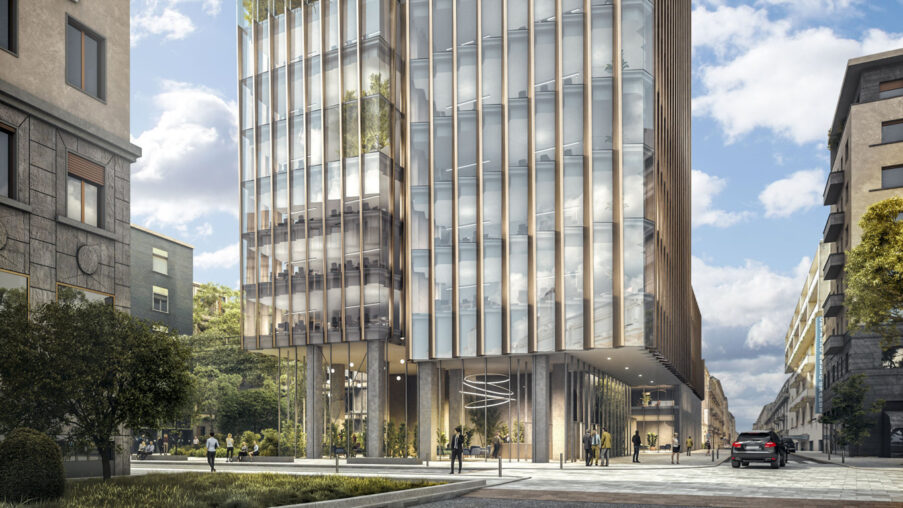