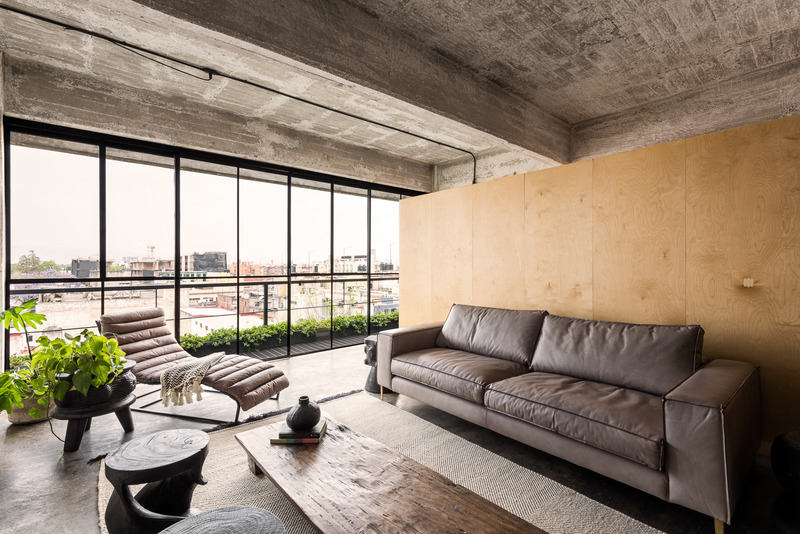 The task of renovating the Dr. Atl 285 building, built in the late 1960s, was entrusted to the architectural firm BAAQ’. Founded in 2011 by Alfonso Quiñones, the studio started out as an architecture workshop, laying the foundations for a creative direction aimed at improving the relationship between human living conditions and the surrounding environment.

The building is located in the Santa Maria La Ribeira neighbourhood and is an example of positive exploitation of the local cultural heritage whose objective is to benefit the citizens and the environment. The area in which it is located has undergone a strong densification due to its proximity to the historical and economic centre, which has attracted more and more young residents.

The structure is based on a network of reinforced concrete beams and pillars from former industrial use, creating an open space without partitions.
The proposal for the new configuration takes advantage of the geometry of the existing structure and is based on the positioning of cubic wooden elements to become private areas, generating a modular design that can be replicated according to different procedures and dimensions according to needs.
Arranging the circulation space from the existing structure was a challenge for the design process, which was then inserted into the courtyard patio using a permeable system capable of transmitting natural light. In addition, the triangular geometry of the balcony and the corridor allowed the original façade to be maintained while leaving the lighting of the flat intact.
Under the old courtyard, a sewage treatment plant was placed which can recycle 100% of the water used. At the top, the tree-lined garden welcomes users and regenerates the air quality of the building.

The biggest challenge Dr. Atl 285 faced was the integration of shared spaces such as terraces and rooftops among the residents of the facility.
In addition, the construction of a roof garden allows food to be produced for all users, adding value to social ties and a sustainable lifestyle.

The aim of this project was to demonstrate the adaptability of existing resources and cultural heritage to today’s canons of architecture and sustainability, while maintaining existing structures and reducing the impact of real estate growth. 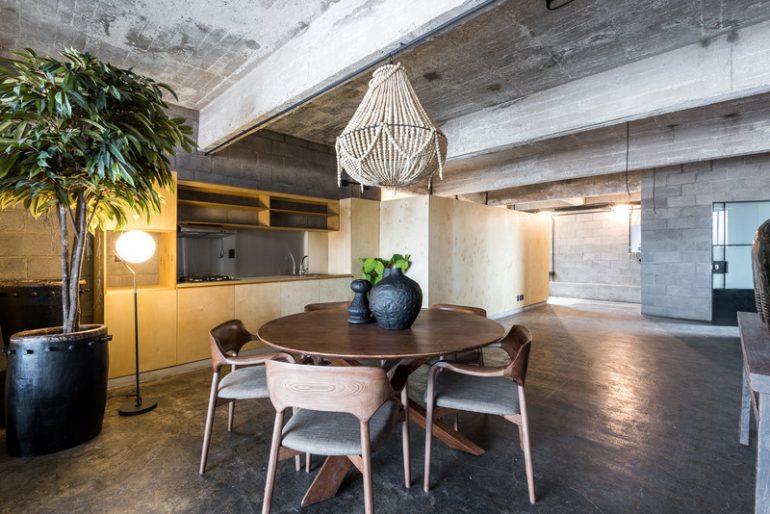 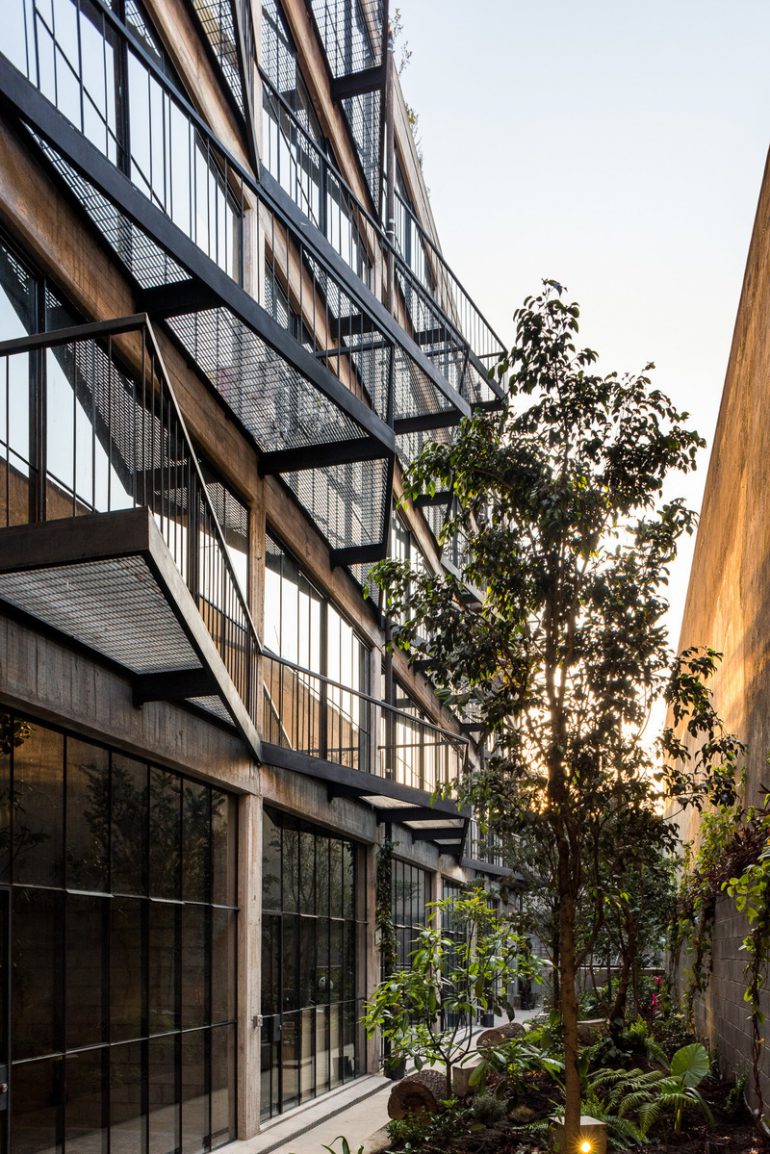 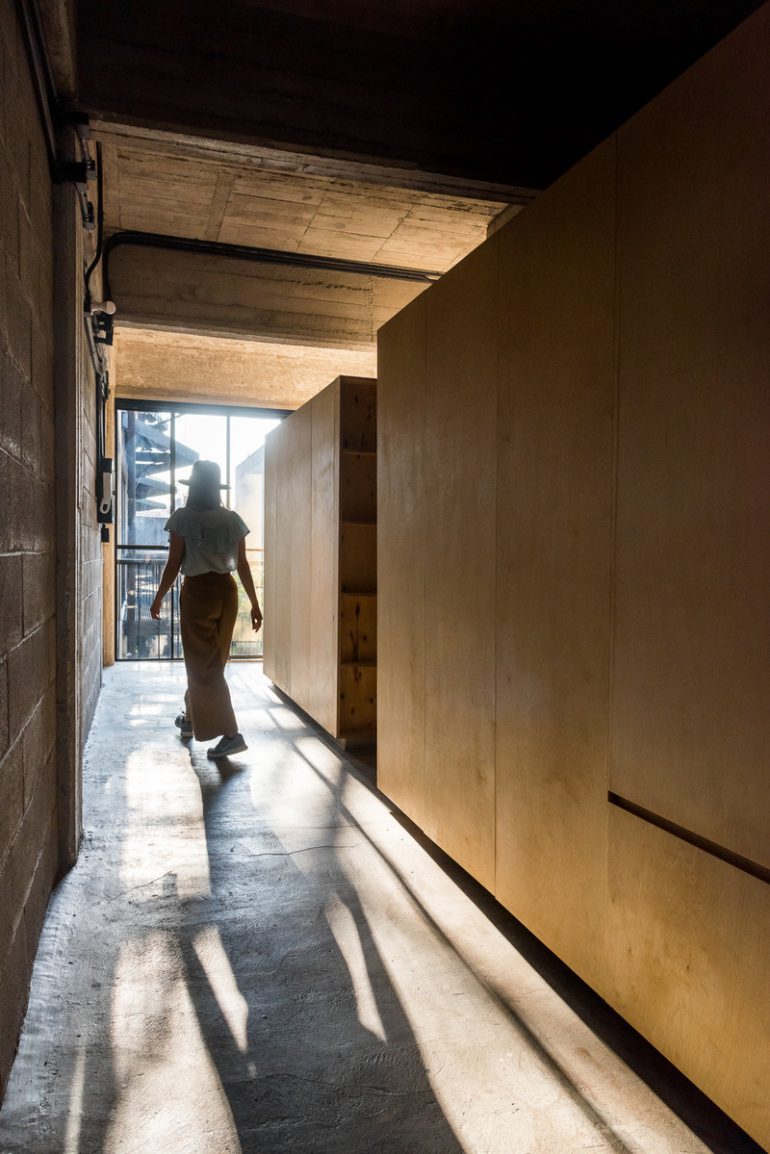 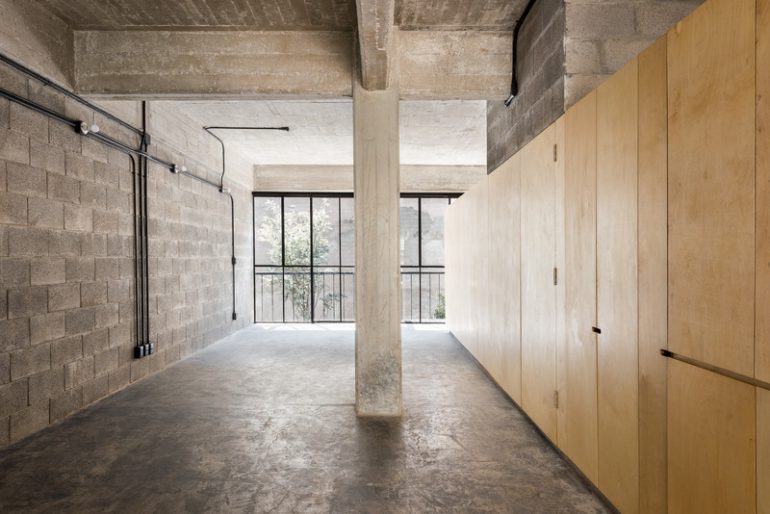 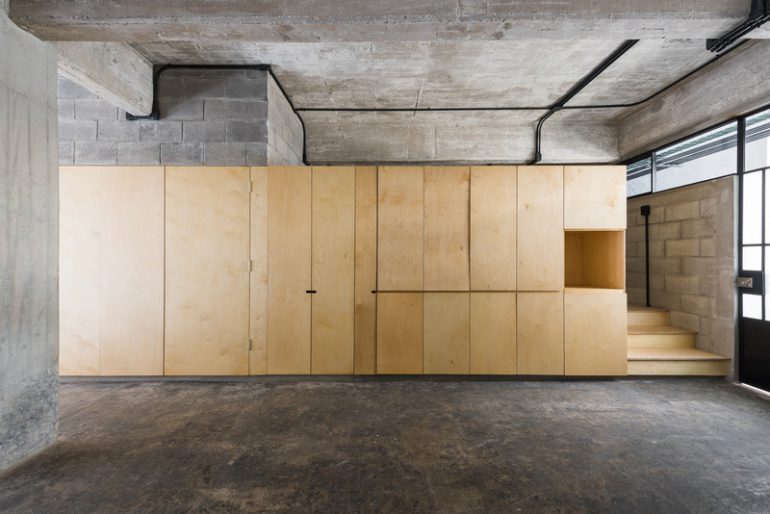 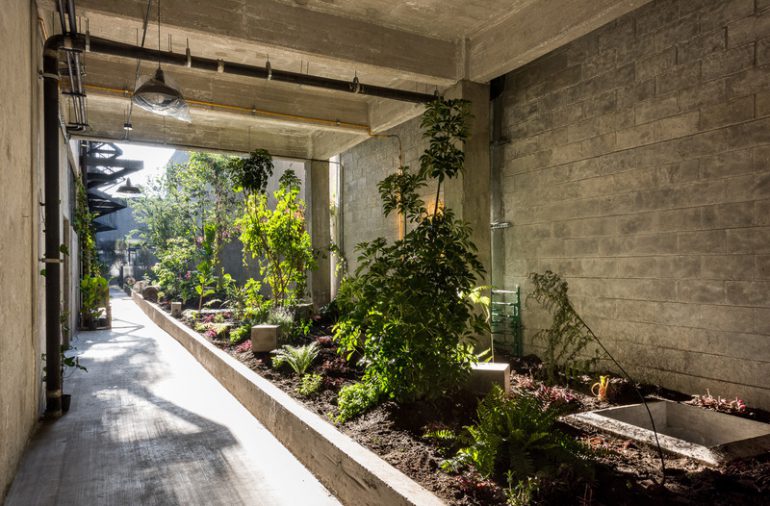 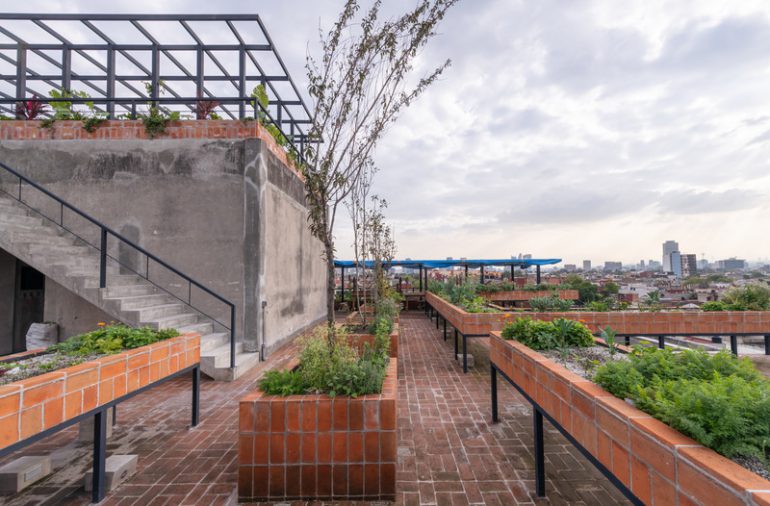 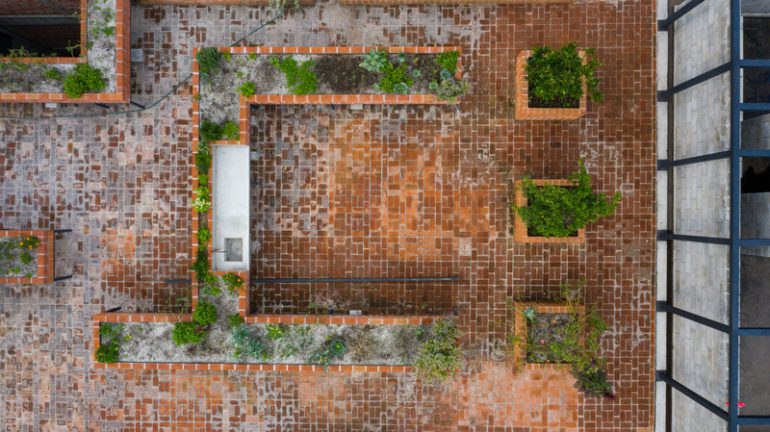