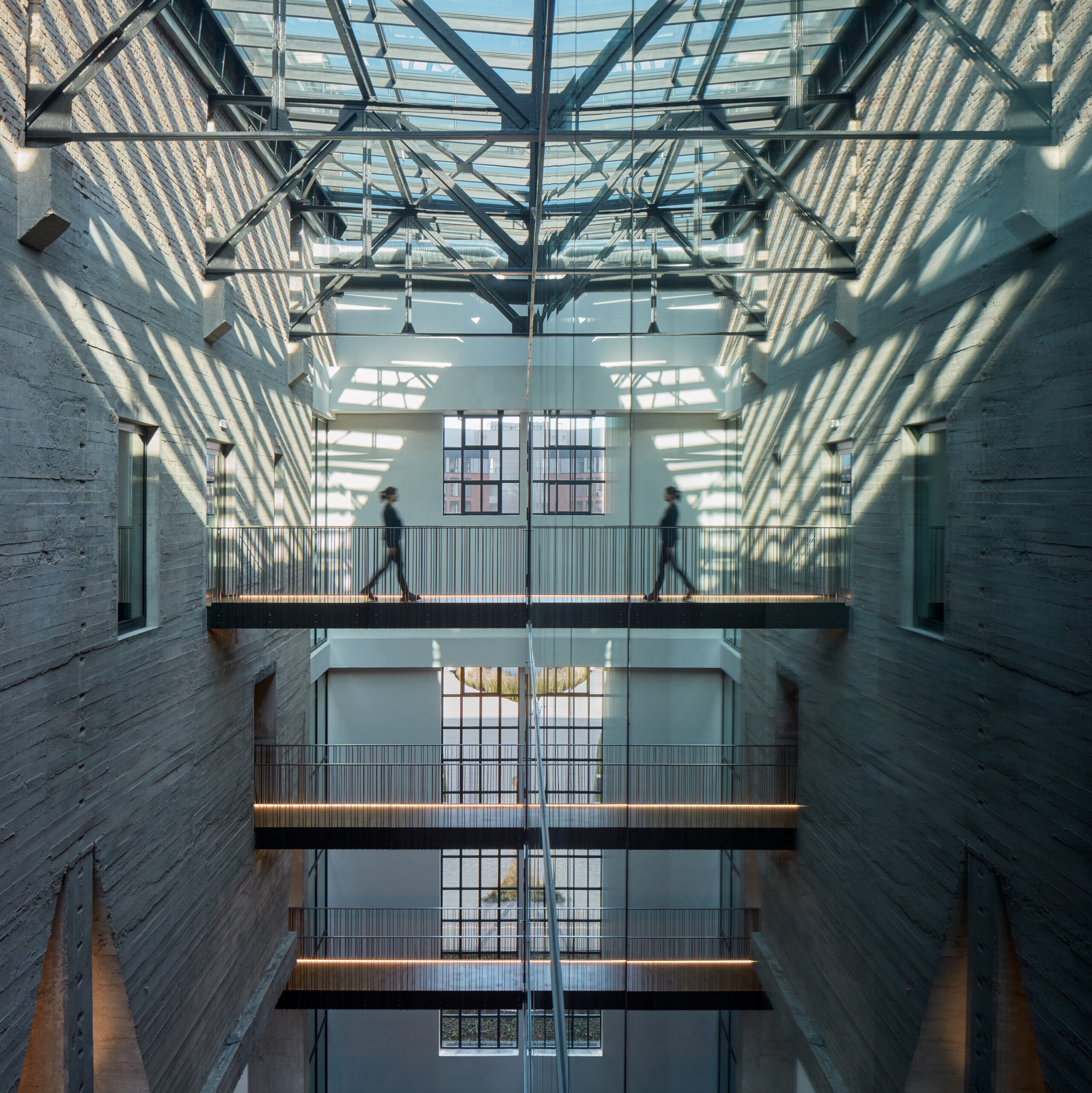 In Bratislava there are few buildings with an industrial history left that have managed to adapt to today’s needs. One of these is the Jurkovič thermal power station building, which was opened to the public after a three-year renovation as a modern coworking centre called Base4Work. The work was supervised by Studio Perspektiv for the interior and DF Creative Group for the architectural conversion of the building. As a very specific space, the Bratislava thermal power station has long been looking for a new function. The developer’s vision was to create a stimulating and diverse workspace that would provide a backdrop to connect different user groups, from corporate clients to start-ups and freelancers, in the unique environment of a national cultural monument. The interior design itself was conceived to ensure that the original parts remain visible and that Dušan Jurkovič’s imprint is preserved as much as possible. However, Perspektiv’s architects have interpreted Jurkovič’s work in the spirit of the 21st century. DF Creative Group placed a new five-storey building inside the boiler and turbine hall, creating new areas. Their architectural solution uses the free internal space in the boiler and turbine halls to incorporate new independent structures. This concept allows the historic structures to be separated and clearly distinguished from the new ones. Other industrial elements of the boiler house have also been used to pay homage to history. The interior is dominated by concrete hoppers, with the original crane forming the atypical open ceiling of the shared office.

The architects have brought a high-quality workspace concept that reflects the authenticity of the environment. The varied diversity also meets the needs of a wide range of users. On each floor there are standing desks, hot desks, separate offices, a telephone booth, a workshop room and meeting rooms with a capacity of 4 to 18 people. Clients can also use the community lounges or the attractive meeting and networking area during the day. The community centre of the entire coworking space is the entrance area on the second floor, which combines a lobby with a cafeteria and workspaces. Perspektiv presents the extensive work of Dušan Jurkovič using graphic elements in the interior. The authors’ motifs are inspired by the architect’s style and its evolution over time. Perspektiv breaks down the original decorative ornaments into primary factors in the form of light elements on the walls or engraved cabinets. A popular carpenter has been replaced by a CNC milling machine, and solid wood by natural fibre boards. The steel structures are softened by perforation to create an interesting historical contrast with a heritage dating back to the early period of Jurkovič’s work. The transformation of the industrial monument into a comfortable working space also depends on the appropriate materials. The colour palette is based on the terracotta tones characteristic of the building envelope, complemented by deep tones of blue, green and charcoal black. The ceilings remain open, while the floors in the common areas accentuate wood or large format ceramic tiles.

The generosity of the space is emphasised by the massive concrete hoppers, which were originally used to store solid fuels. The architects have managed to place some of the meeting rooms inside them. The most popular with users so far seem to be the two meeting rooms on the fifth floor. The meeting rooms and separate offices place emphasis on acoustics, which is ensured not only by carpets but also by wall coverings. In keeping with their style, the architects used recycled and natural materials. The ecological Re:felt panels are made from recycled PET bottles. The boutique atmosphere of the entire interior is reinforced by the roof terrace with an adjacent bar. The renovated space also includes the DOT. Espresso Bar & Contemporary Art Gallery, an event space and a restaurant from the Medusa gastronomic group network. This important icon of Bratislava has been brought back to life, becoming a cultural epicentre and a valuable contrast to the modern architecture of the surrounding buildings. Thanks to the renovation, the new appearance of the Jurkovič thermal power station has reinforced the importance of preserving the original buildings and confirmed that even buildings of great historical value can be transformed and take on an important role in contemporary needs. 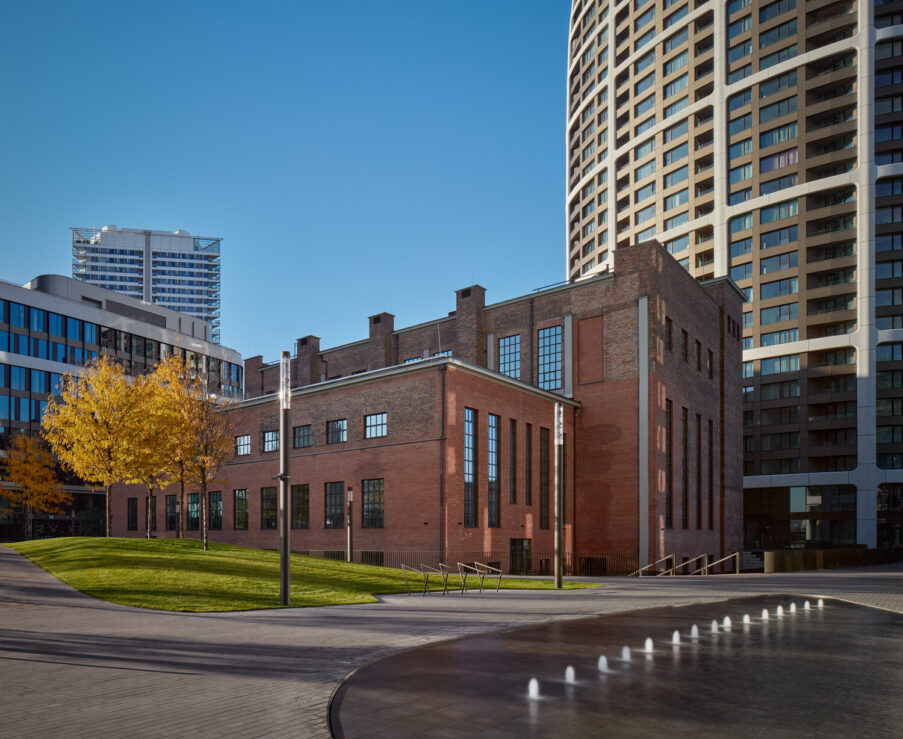 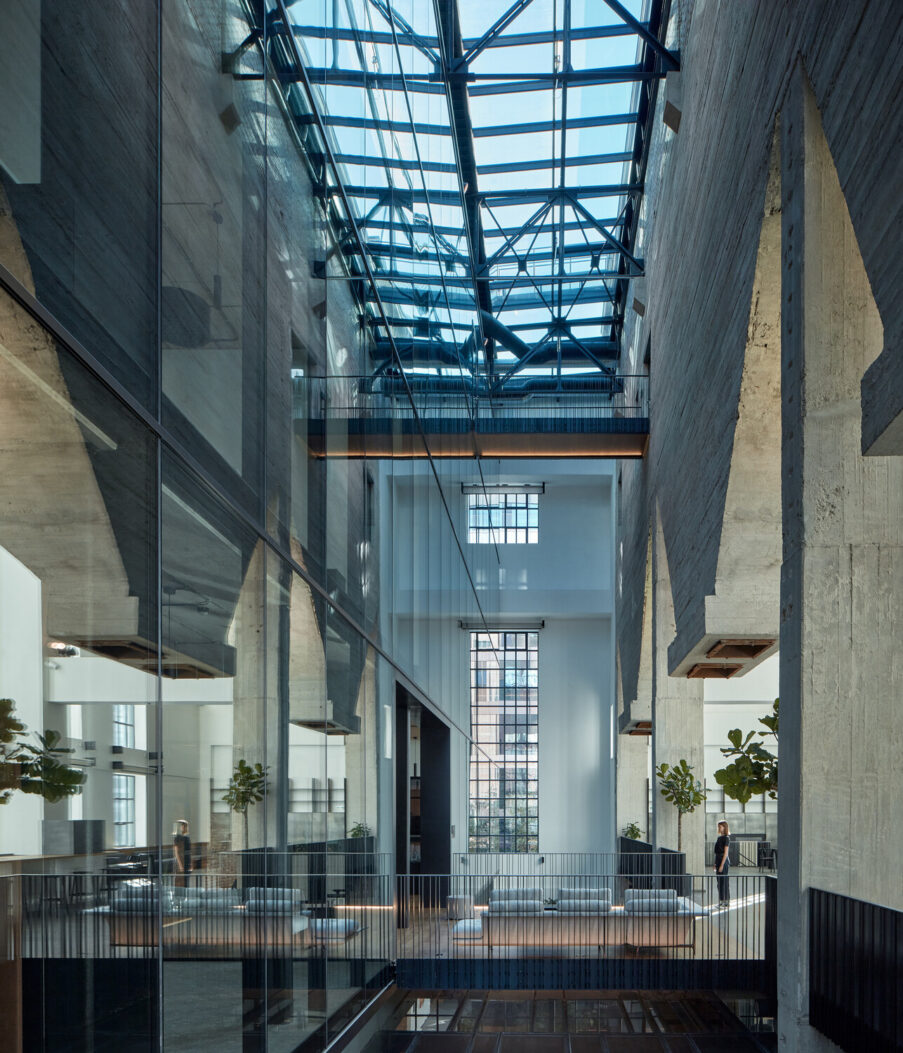 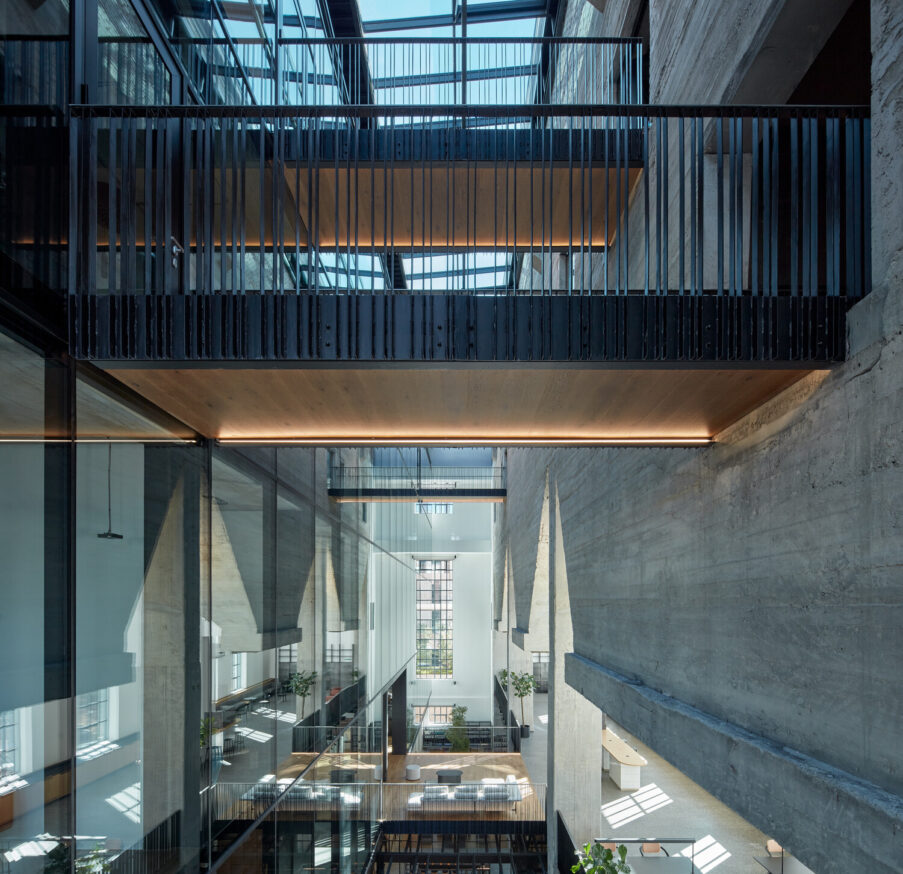 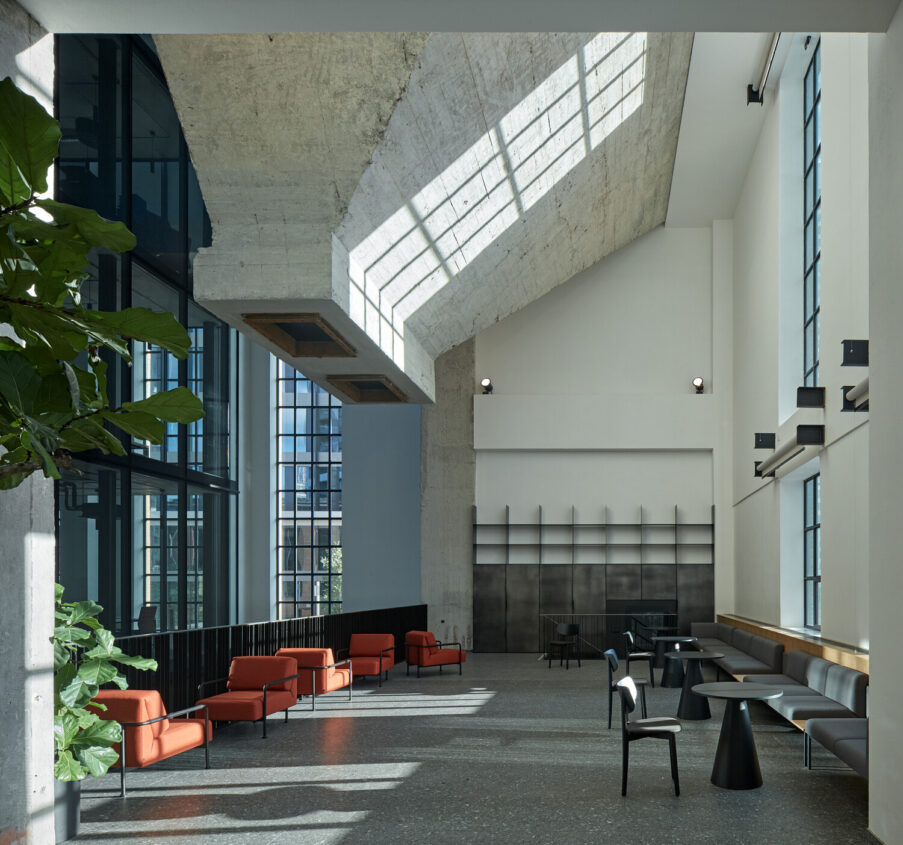 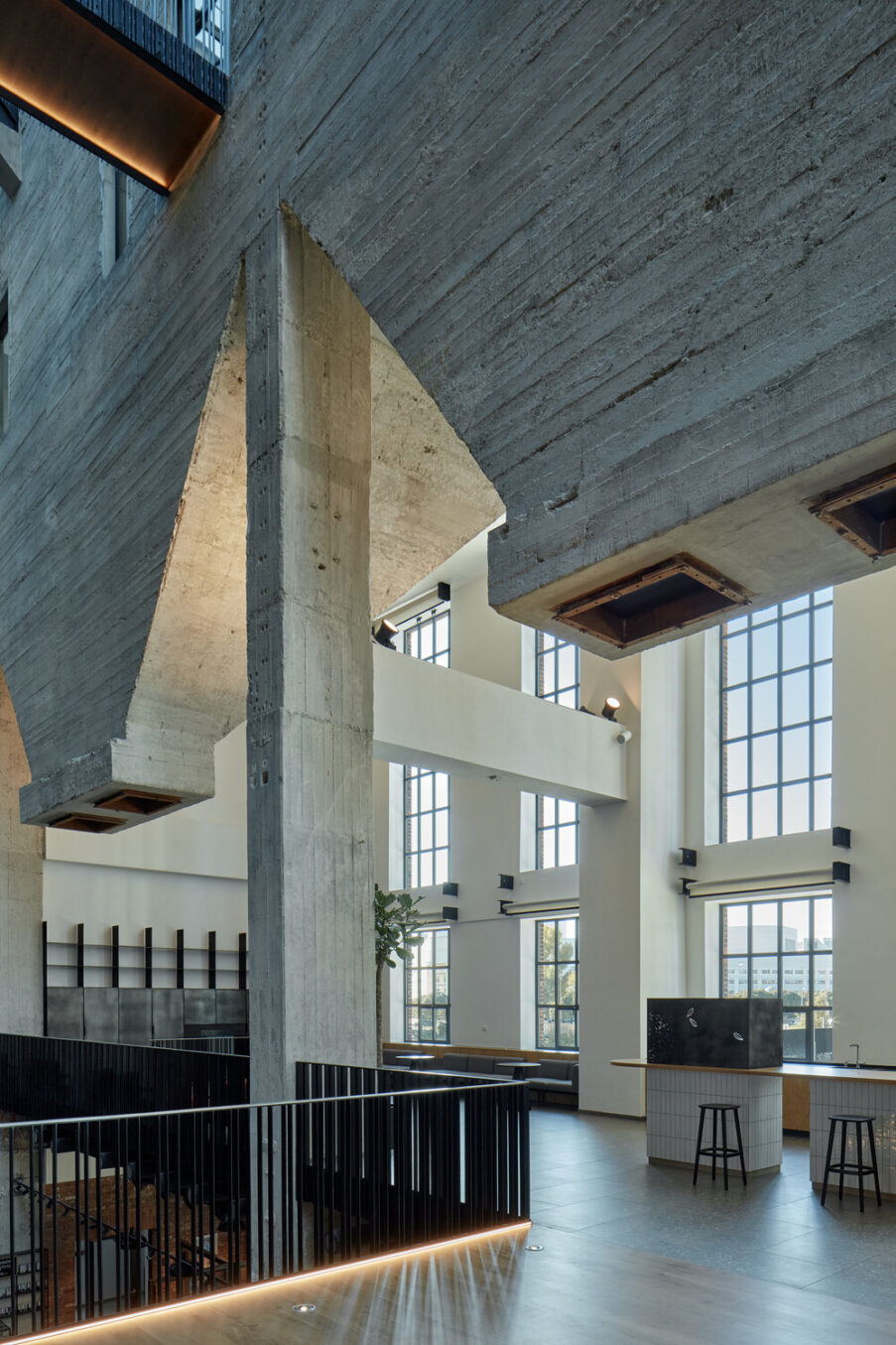 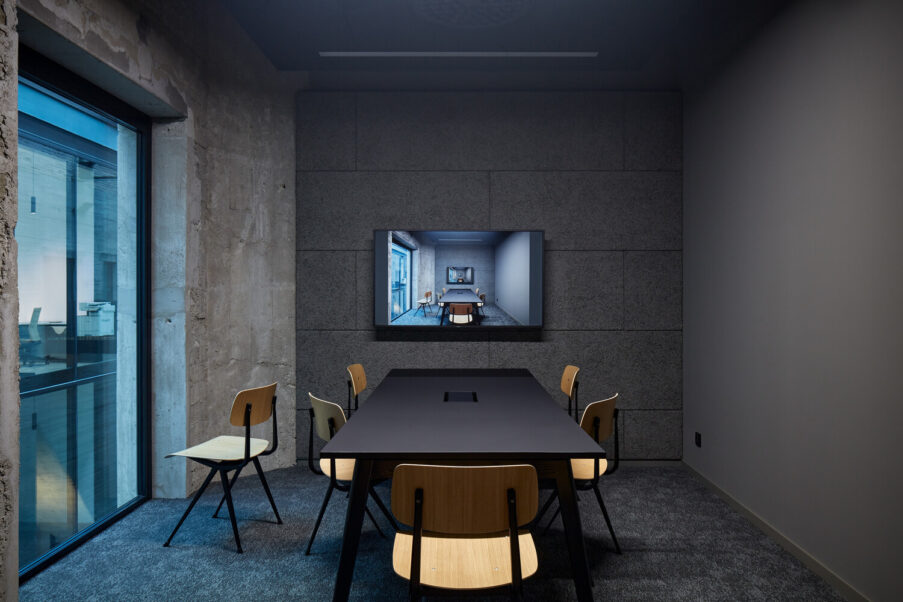 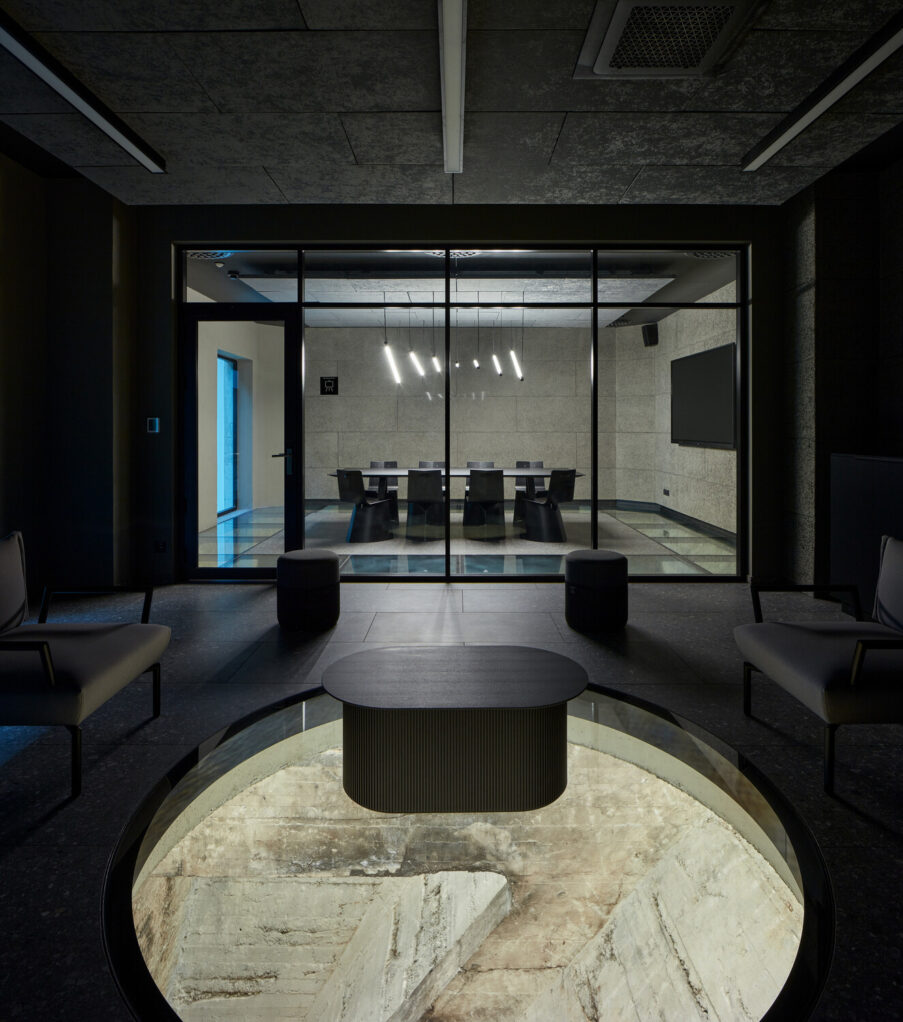 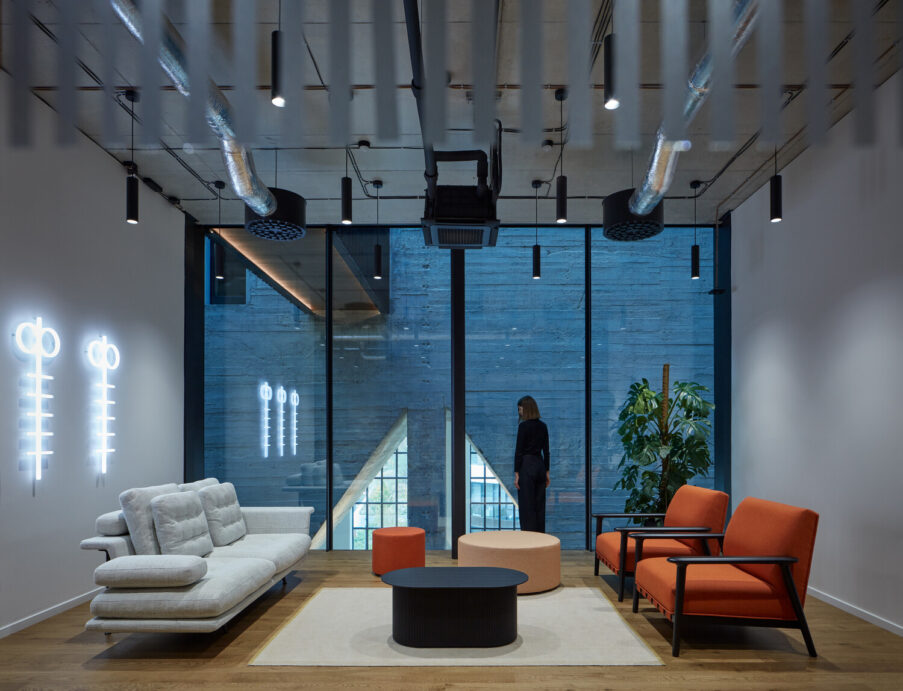 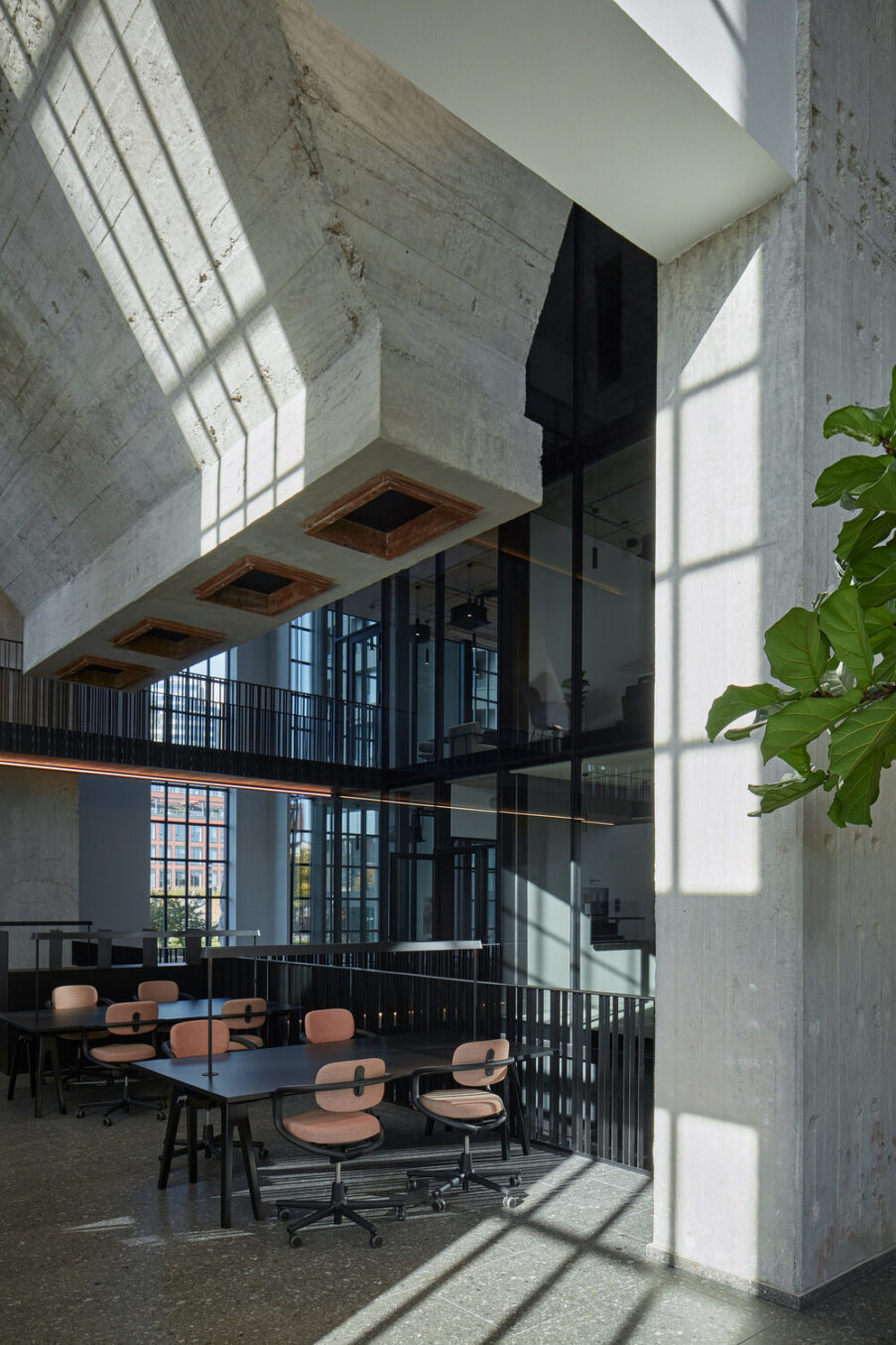 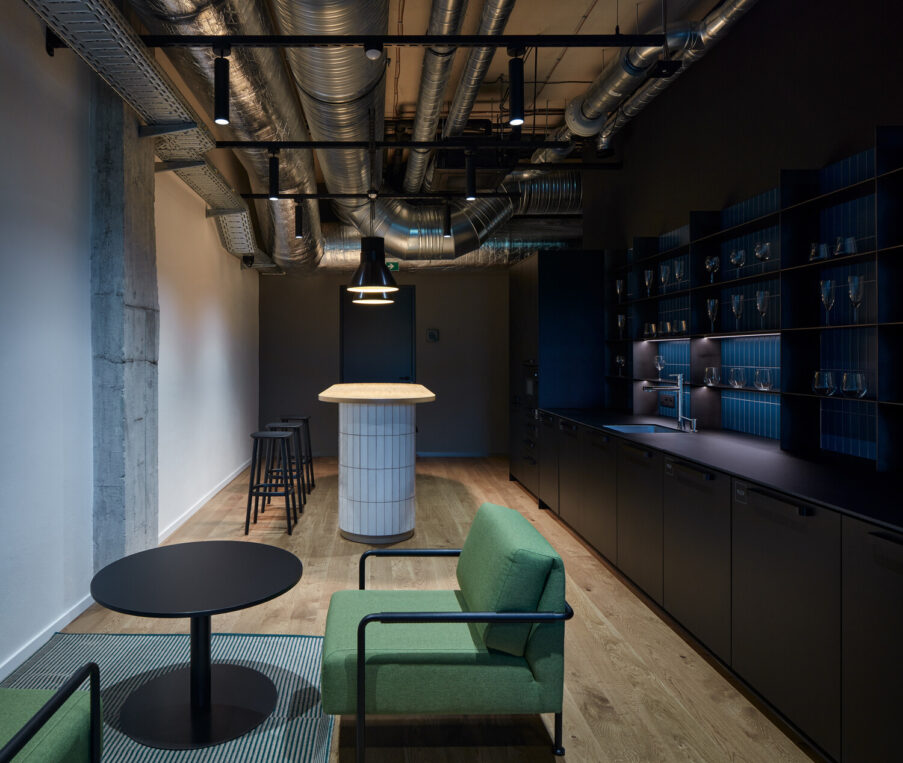 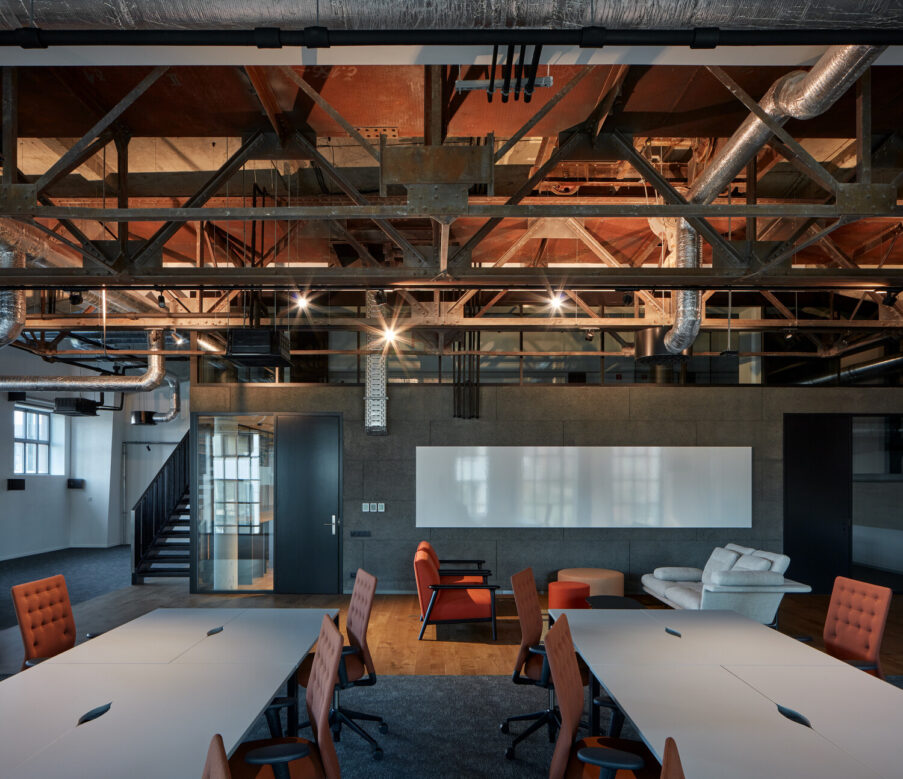