To provide the best possible service, we use cookies on this site. Continuing the navigation you consent to use them. Read more.
PROJECTS
·12 January 2021 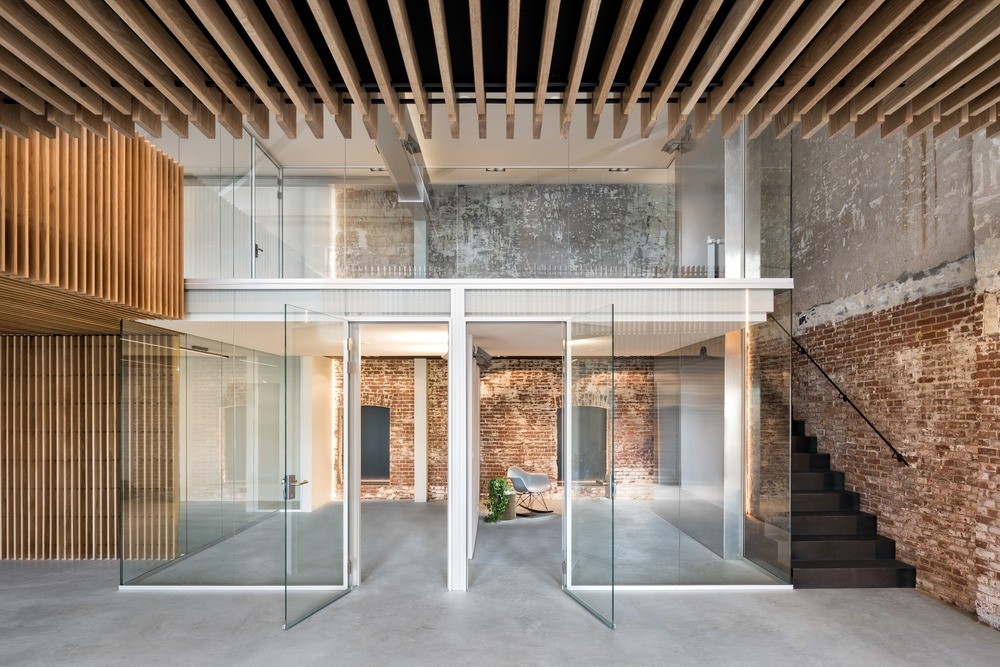 Firm Architects, founded by Niek Joanknecht and Carolien Roos of Roos Interior Architecture, focuses on developing architectural proposals that take into account not only the aesthetics of the subject, but also its history and background and create a kind of continuity in new projects. The company was commissioned to convert 215 square metres of a 120 years old warehouse space into one of the busiest docks in the port of Rotterdam.

One of the main objectives of the renovation involved the need to design a new vision for the space, in order to solve the problem of poor general lighting of the space combined with the positioning of the façade to the north without large openings.

The architects therefore started the reconstruction work by studying the number and maximum size of the new openings that could appear on the façade, in agreement with the Municipal Monuments Committee of the municipality.

After obtaining the right to change the old window sizes on the façade and add new ones, they considered the possibility of creating a space that would fully accommodate natural light. To further enhance this aspect, the architects of the studio decided to demolish the walls that divided the interior of the building.

The internal structural modification of the original envelope allows the remaining old brick walls to create an architectural contrast and ensure that the north-facing area is properly lit, thanks to the installation of glazed floors covering the surfaces from the interior walls to the perimeter shutters.  In addition, mirrors have been added to the walls of the two floors to emphasise this effect.

The continuity and dialogue between the old identity and its new interpretation is also reinforced by the use of specific materials, such as the aluminium of which the wall panels are made, the presence of metal in the kitchen, or the wooden panels that create volume and ensure optimal acoustics. 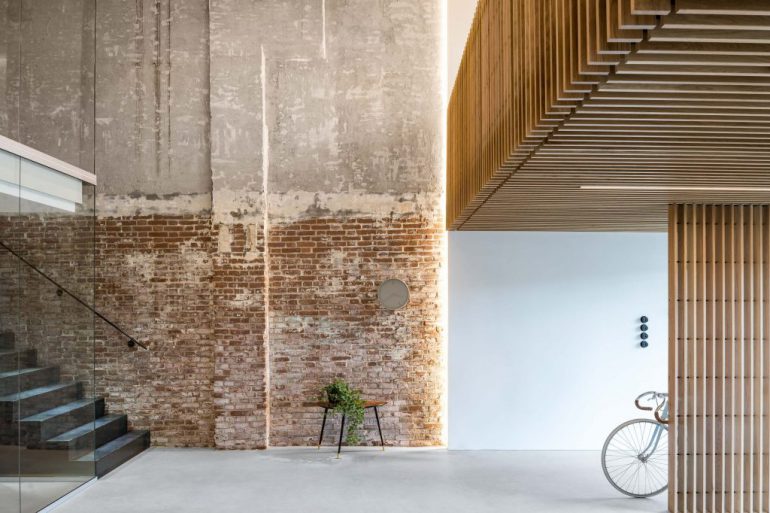 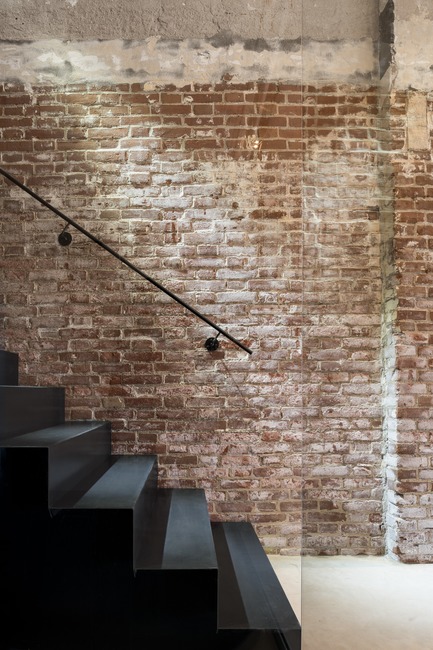 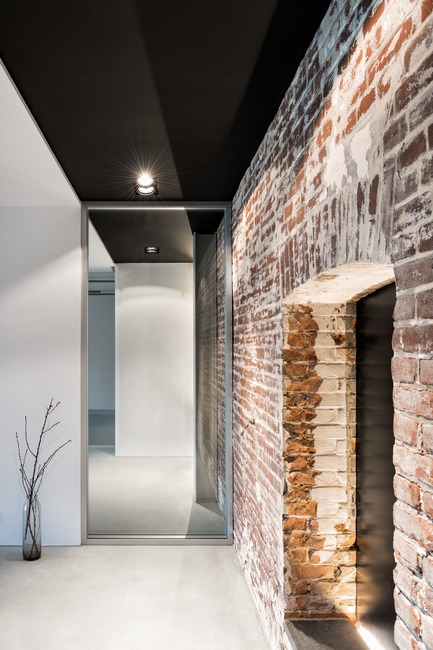 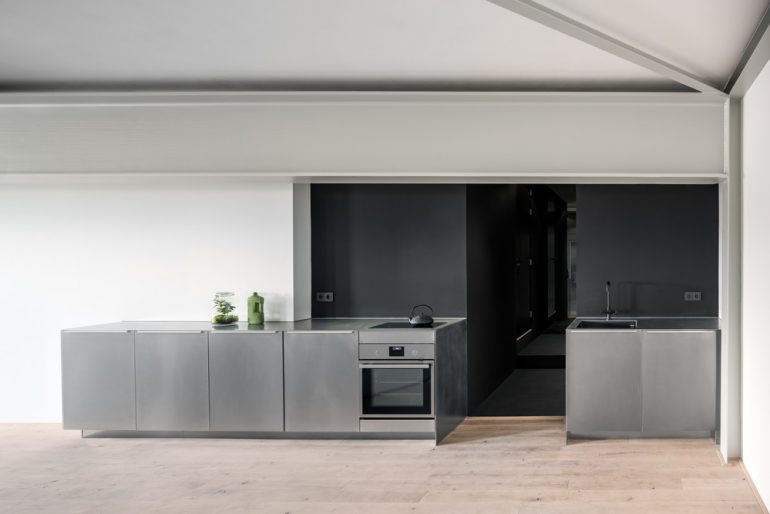 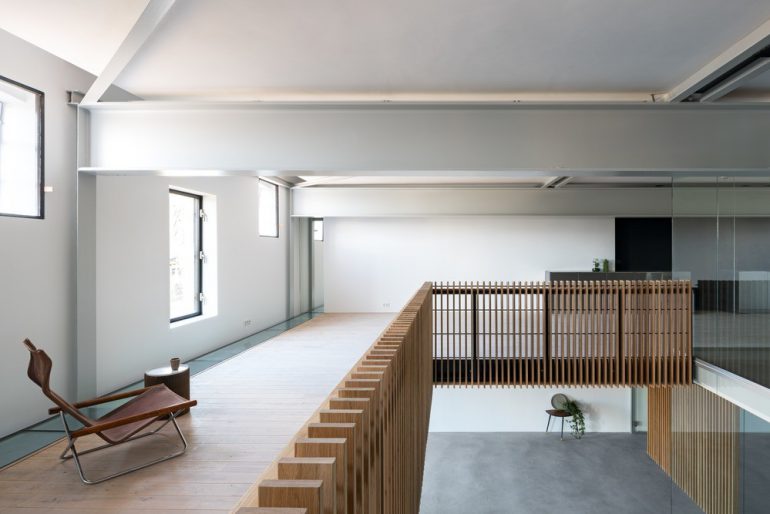 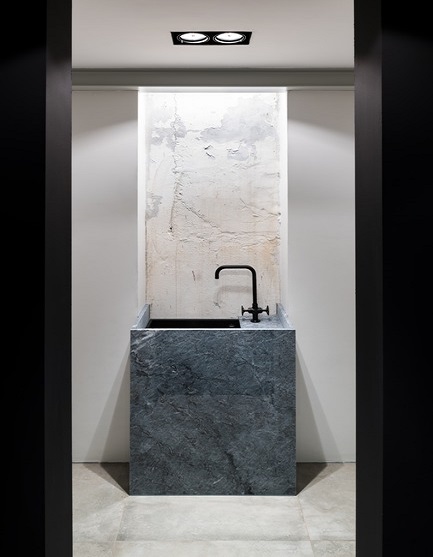 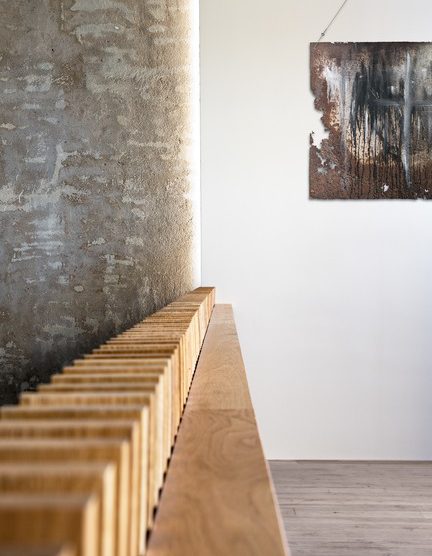