To provide the best possible service, we use cookies on this site. Continuing the navigation you consent to use them. Read more.
PROJECTS
·20 November 2020 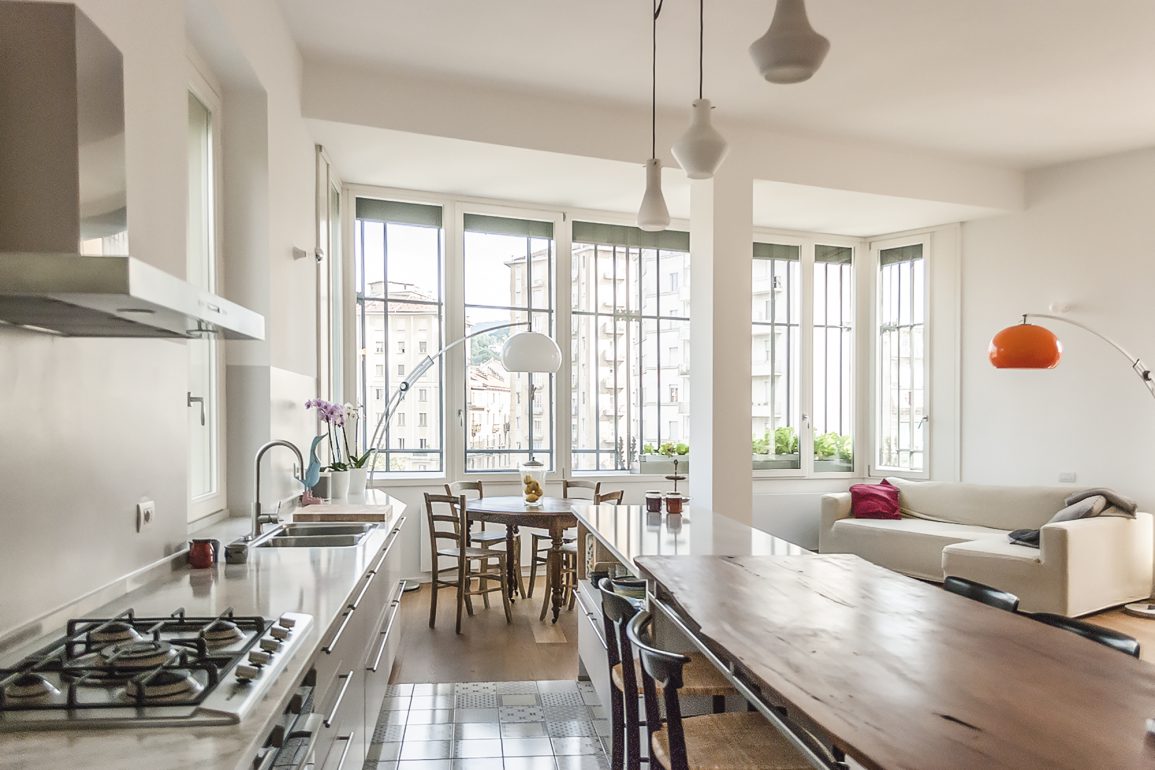 On the Turin hill to the north-west of the city, facing the Basilica of Superga, a renovation project was developed for a flat located inside a building erected in the early twentieth century comes to life.

The flat was initially composed of small rooms and divided into irregular rooms, with a division of the bow-window into two separate rooms that prevented the environment from being adequately illuminated.

The young client’s requests expressed the desire to transform the space into a flat characterised by a flexible layout, which would include, in addition to her personal home, an independent unit with a bathroom and a small kitchenette that could be rented separately.

The renovation made it possible to transform the flat by developing the space around the kitchen, which thus becomes the central part of the house, connecting the entrance and the bow-window.
The latter element has been completely restored, replacing the worn-out materials with a metal frame, while the addition of a second window frame has made it possible to improve the thermal performance of the window.
Through this structural modification of the bow-window, the space between the two windows has become the characteristic greenery of the house, with the creation of a micro greenhouse where plants and small vegetables can be grown all year round.

Finally, light becomes the main character of the living room, which, thanks to the presence of five windows facing three different sides, is able to completely illuminate the room along every daylight hour. This sense of opening is further emphasized with the addition of a 3.5 m sliding wall that connects the living room directly to the master room overlooking the Mole Antonelliana, enhancing the flexibility and continuity of the space.

The renovation was designed by the PlaC – Plateau Collaboratif studio, which is committed to the development of urban architecture and design.
Since 2011 – the year of its foundation – the Turin-based company has acquired extensive experience both nationally and internationally, and since 2014 it has been included in the Special List of Societies of Architects, Planners, Landscape Architects and Conservators of the Province of Turin.

Discover the projects on pla-c.eu 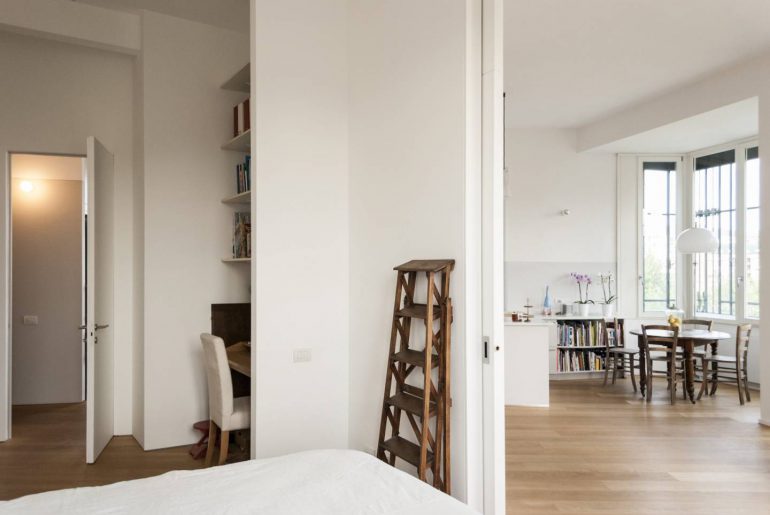 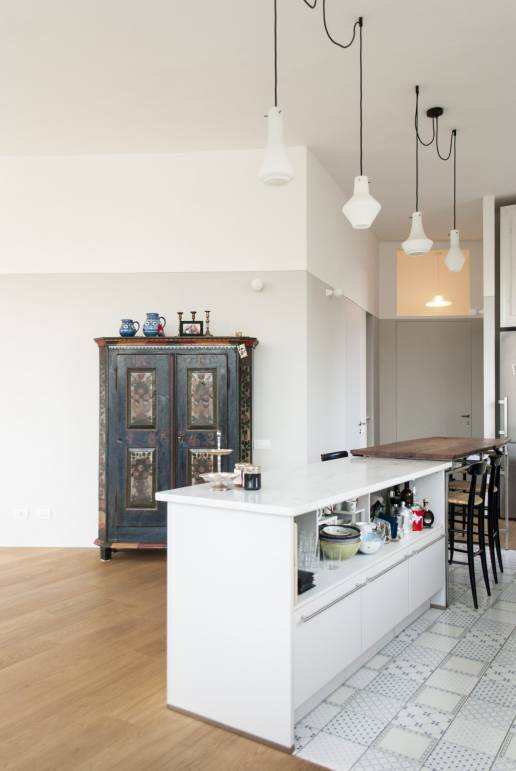 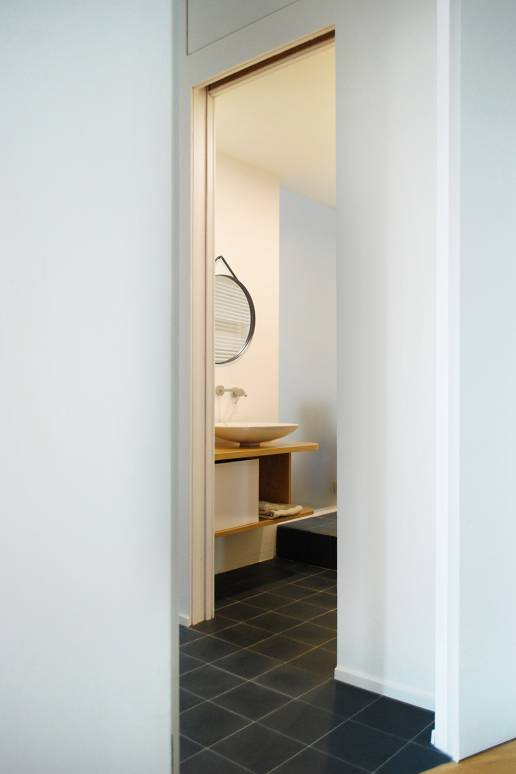 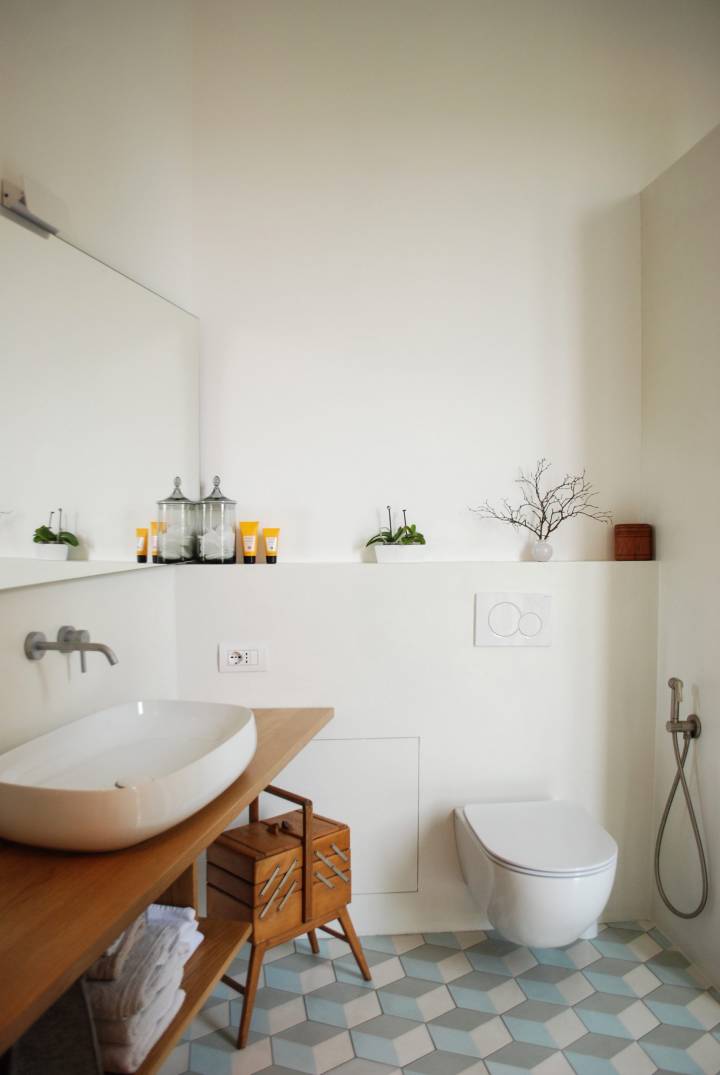