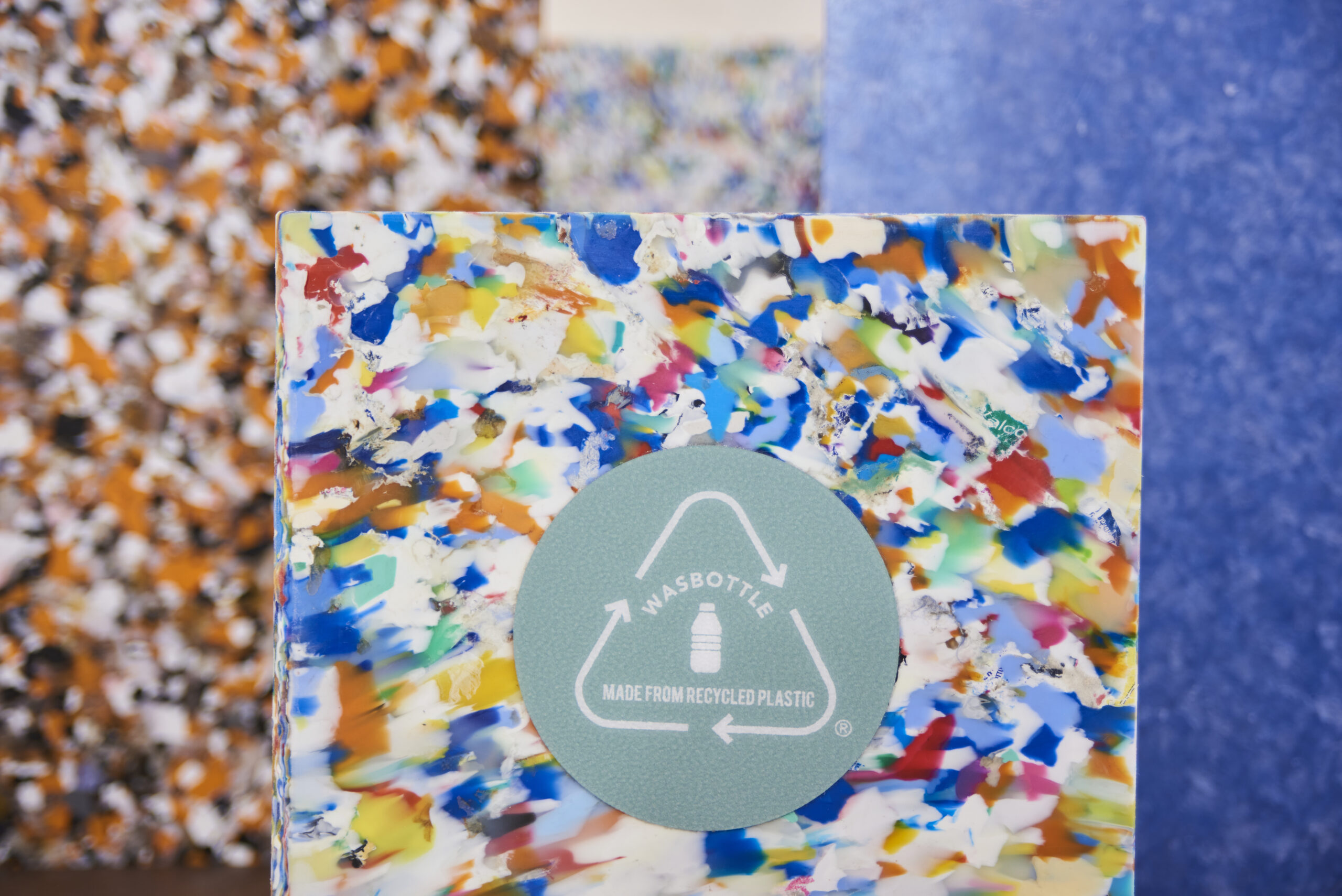 From the project developed by Bencore with Autogrill, one of the world’s leading operators in catering services for car travellers, comes Wasbottle, a new 100% recycled and recyclable material.

The collaboration between Bencore and Autogrill focuses on the recycling and reuse of plastics at the end of their life. The Autogrill Group has undertaken for several years a path linked to circular economy with the aim of minimizing the environmental impact of its business, thanks also to its ethics of reuse and the reduction of waste. The result of this collaboration marks for Bencore, always keen on sustainability issues projected in the field of architecture and interior design, an important result and an even greater alignment between its production and the needs of the community of architects and designers who are increasingly oriented to the use of materials with very low environmental impact. Bencore with Wasbottle creates new innovative ideas which are perfectly suitable for all those design professionals who have an authentically ‘green’ soul. What is more, for its innovation content Wasbottle has been selected for the ADI Design Index 2021, the best Italian designs that completes the pre-selection for the next “Compasso d’Oro”, one of the most authoritative world design awards.

Wasbottle is a material with a high index of compactness and workability, with a low coefficient of fiction, and It is also non-hygroscopic and chemical and shock resistant. For these peculiarities it is widely used in the creation of furniture components, such as tables, shelves, tops, partition elements and opaque coatings.

Considered these characteristics, Wasbottle can be easily subjected to machining such as milling and drilling: it is possible to finish it with screwed components and when it has a thickness of 20 mm it can be inserted inside the Bencore door/wall systems. Two standard sizes of 1200×1200 mm and 1000×2000 mm have been designed for Wasbottle panels, while three are the thicknesses: 8, 12 and 20 mm.

1)           Wasbottle Paint: 100% recycled and recyclable HDPE. An original texture that recalls the pictorial technique of pointillism or dripping, evoking the great art of Pollock or Kandisky.

As it concerns one-off production in limited edition, again there are two variants:

3)           Wasbottle One-Off: Peach, 100% recycled and recyclable PETG. The prevalence of the peach color comes from the mix of pink and orange both present in the texture of the material itself.

4)           Wasbottle One-Off: Magma, 100% recycled and recyclable PETG. Dark and intense like volcanic magma, this texture is also crossed by the most vibrant shades of lava when it is incandescent.

Wasbottle at 2022 Fuorisalone with an installation by Architect Italo Rota

Bencore participated at the next Fuorisalone 2022 in Milan with the installation “Table de Pierre”, conceived and designed by the internationally renowned architect Italo Rota using entirely the Wasbottle material in its variants Paint and Magma. The collaboration between Bencore and Arch. Rota was born because his work as an architect and designer is perfectly aligned with the company’s values and focuses on a constant and advanced cross-disciplinary research, from contemporary art to robotics, for the definition of innovative projects where humanistic beauty and sustainability become integrated and disruptive elements. In this sense, “Table de Pierre” is a unique project of its kind not only because it does not contain pastes or glues, but also because it represents the first real application of Wasbottle to demonstrate the totally innovative character of this new material. The goal was therefore to create a product on one side entirely “artisanal”, assembled manually to preserve its sustainable soul linked to the concept of Made-in-Italy, while on the other also completely disruptive to demonstrate the detailed study and analytical research at the base of its creation.

The concept behind the creation of “Table de Pierre” has a triple interpretation:

1)           Pierre as the master Pierre Chareau, from which the design idea takes inspiration, that is considered, still today, as the father of the “minimalistic yet functional design” in which the concept of aesthetic beauty is perfectly combined with that of flexibility, compactness and modularity.

2)           Pierre as a stone, that is the reinterpretation of recycled plastic that becomes the new milestone on which to build the architecture and design of the future within the idea of circular economy. Recycled plastic thus becomes a new Anthropocene, that is the new geological era in which the human being, reuniting with nature, gives a new meaning to his work on earth to preserve it.

3)           Pierre as an acronym of “Public Relation” (PR), the emblem of a message of recovery and recycling that speaks directly to the public through its form and its material, without the use of intermediaries. 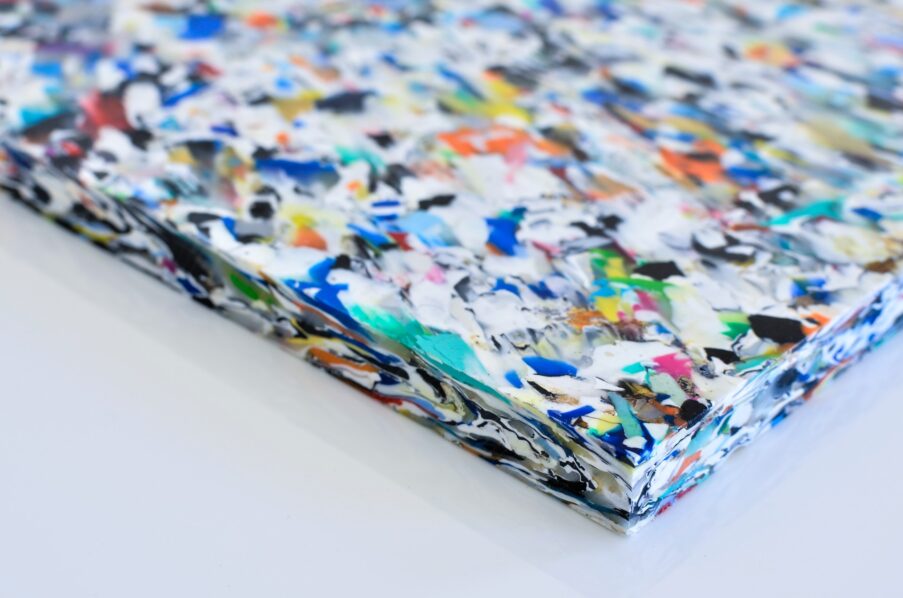 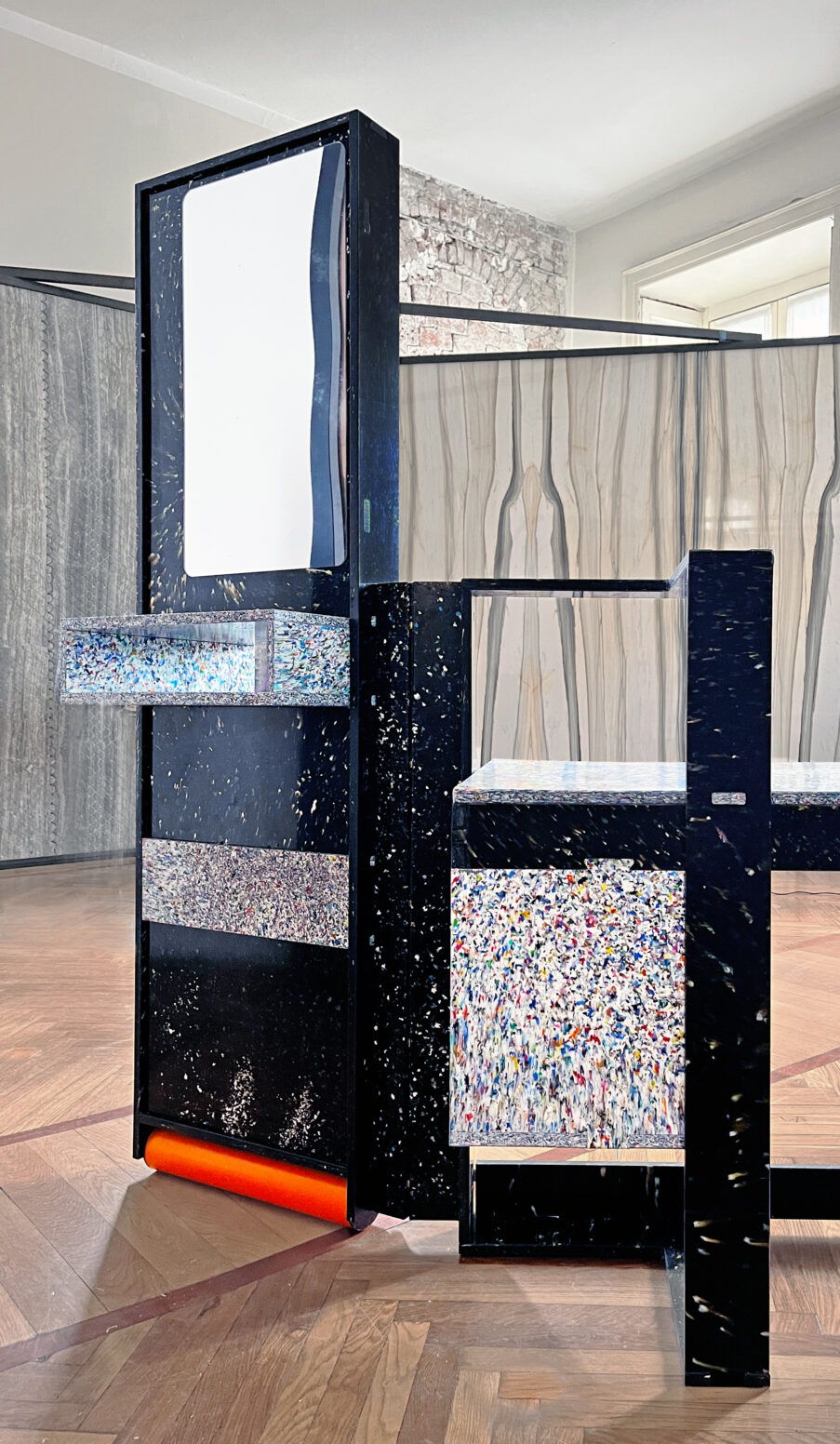 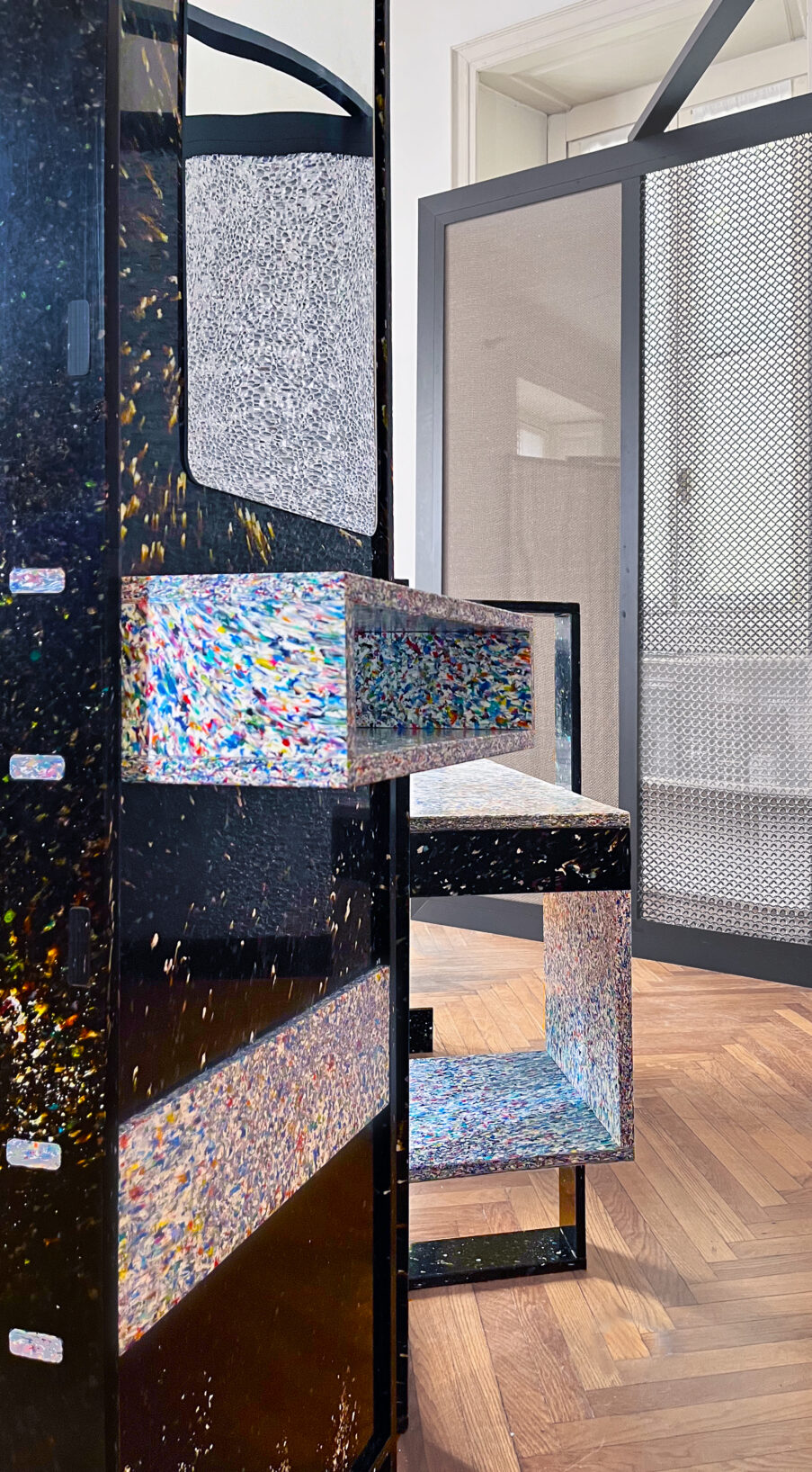 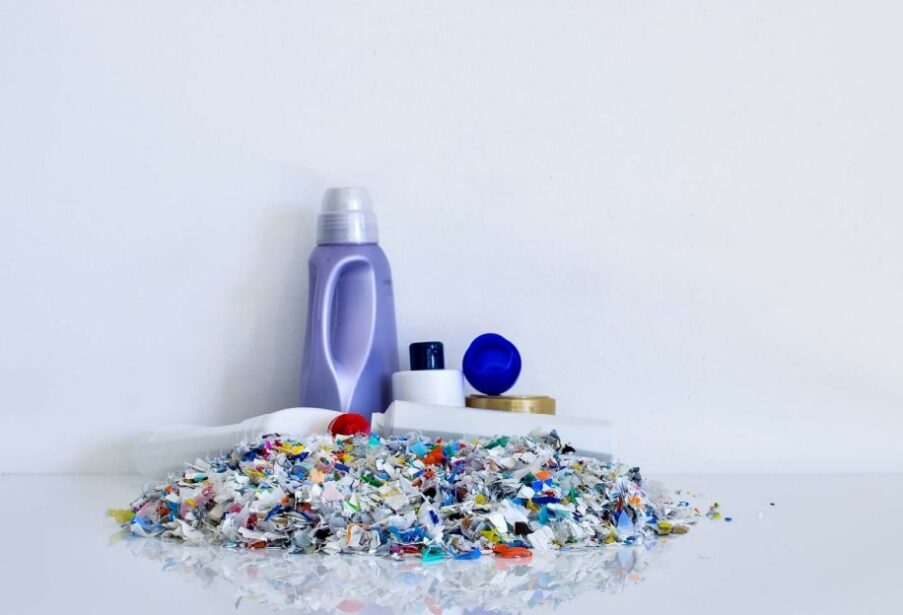 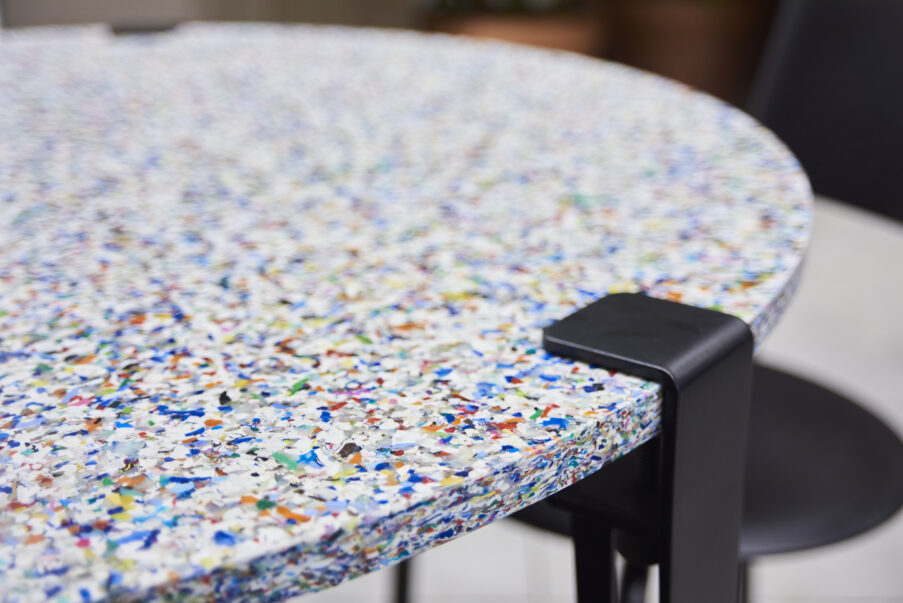 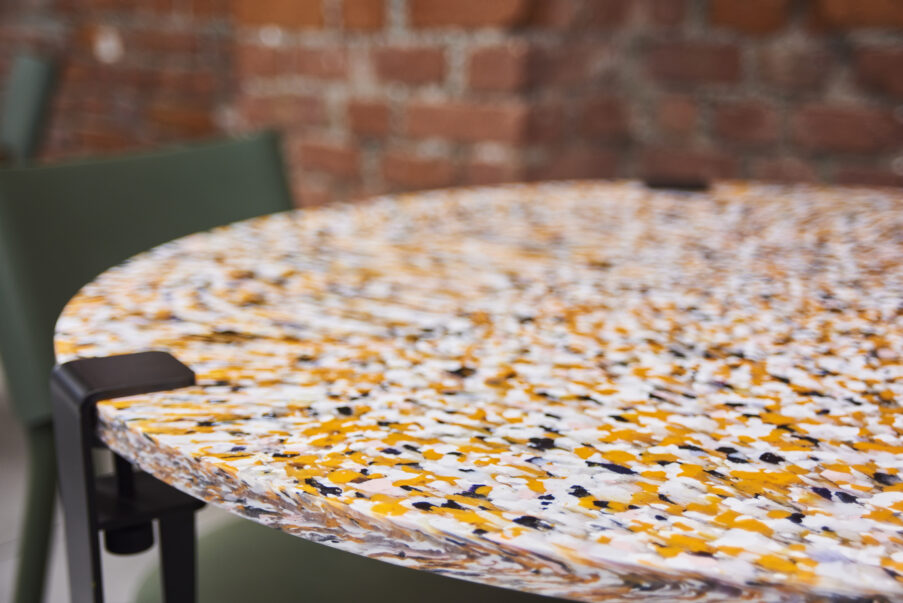 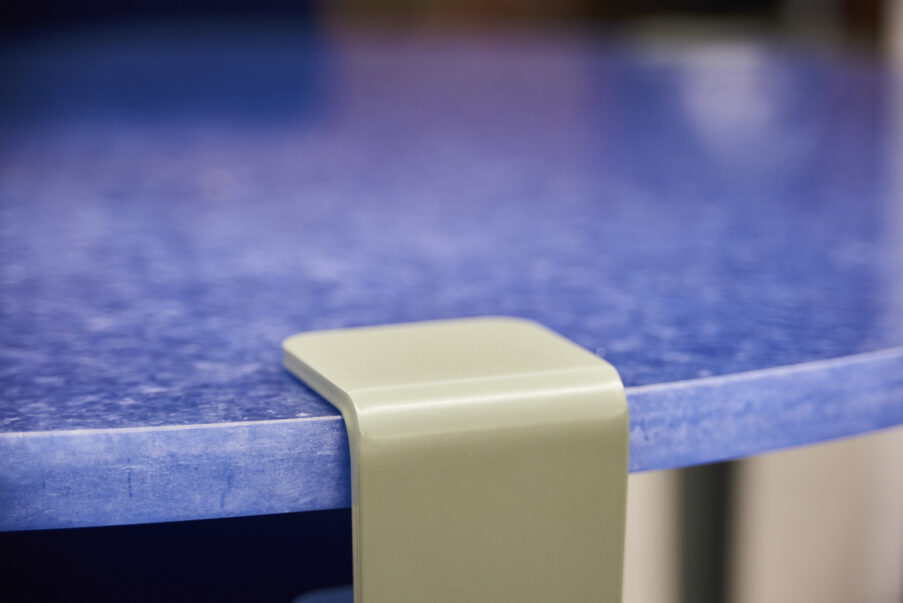