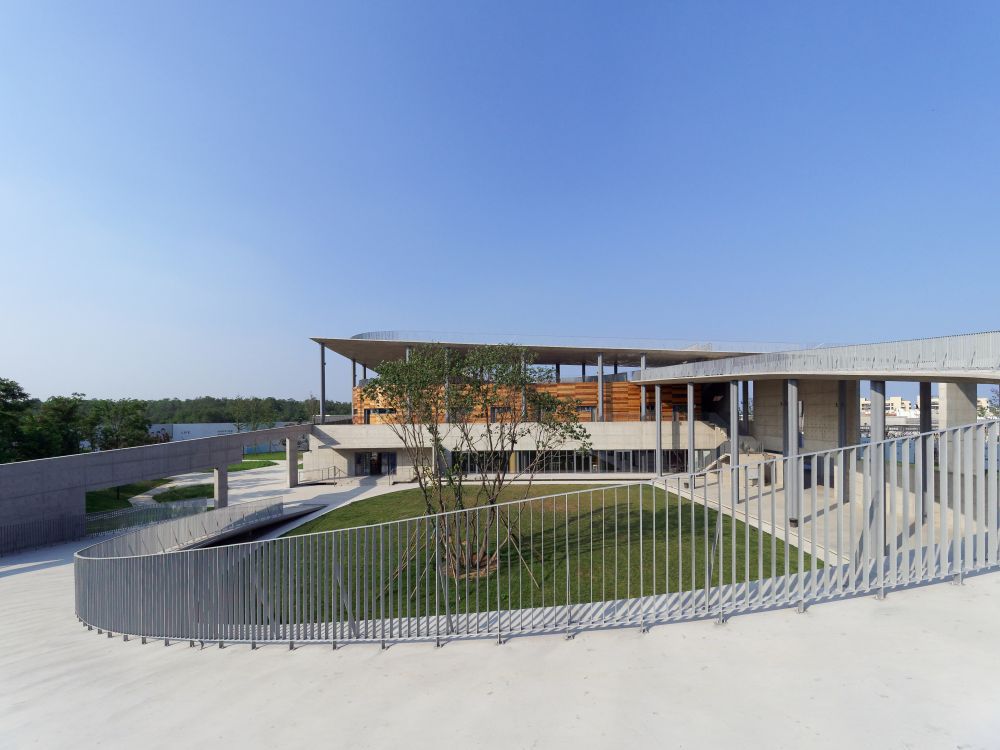 The Aranya Ideas Camp is an ideas incubator for children and young people between 7 and 12 years of age which was designed by TeamMinus (founded by Professor Li Brian Zhang as a research and design workshop in 2001).
It was built between 2013 and 2016 in Qinhuangdao, China and is in the form of a continuous spiral ramp that becomes a building, a roof, a viewpoint and a multifunctional space. It is a path/building that contains two courtyards, a more public one where collective activities related to didactics, playing and creativity take place and a more private one on the ground floor which houses the classrooms along with the dormitories on the first floor. The circular shapes of the courtyards call to mind the Tulou, the ancient fortified mud houses of the Hakka people and they contrast with the rigidity of the hard and geometric shapes of the layout.

The lightness of the building’s load-bearing system, with slender pillars that re-interpret traditional and typical Chinese forms in a contemporary style also contrasts with the hardness of the concrete facing façades that bound the courtyards as well as supporting the dynamic modernist ramp. This design is a combination of contrasts and opposing elements that is held together by the simplicity of its component parts.
The wood, used for furnishings and covering the opaque facades contributes to the warmth of the more private interior spaces while the large floor-to-ceiling windows give a sense of visual continuity and powerful permeability between the intérieur and the surrounding countryside.

BIOGRAPHY
FOUNDED BY PROFESSOR LI BRIAN ZHANG, TEAMMINUS STARTED AS A DESIGN RESEARCH LABORATORY IN 2001. IN 2005, TEAMMINUS BECAME A FULLY-FLEDGED ARCHITECTURE OFFICE. TODAY, THERE ARE AROUND 50 PEOPLE WORKING IN THE OFFICE. FROM 2005 UP TO NOW, TEAMMINUS HAS BEEN INVOLVED IN A SERIES OF CHALLENGING PROJECT, MANY OF WHICH HAVE GAINED ATTENTION FROM CHINA AND FROM OVERSEAS. 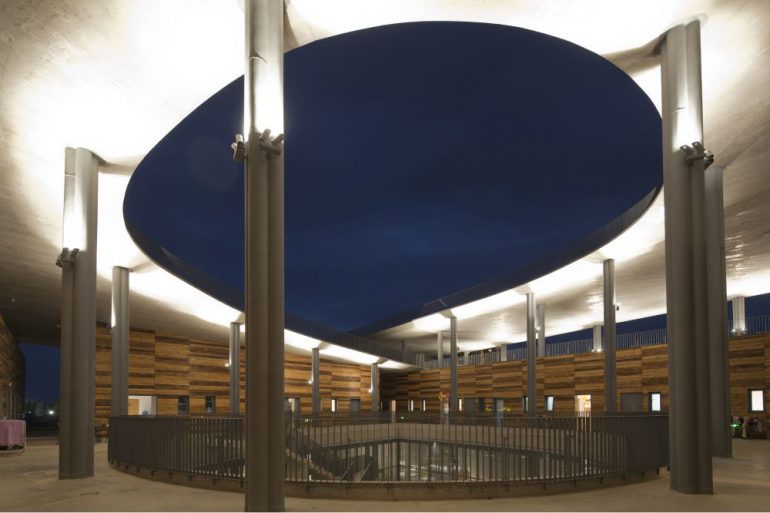 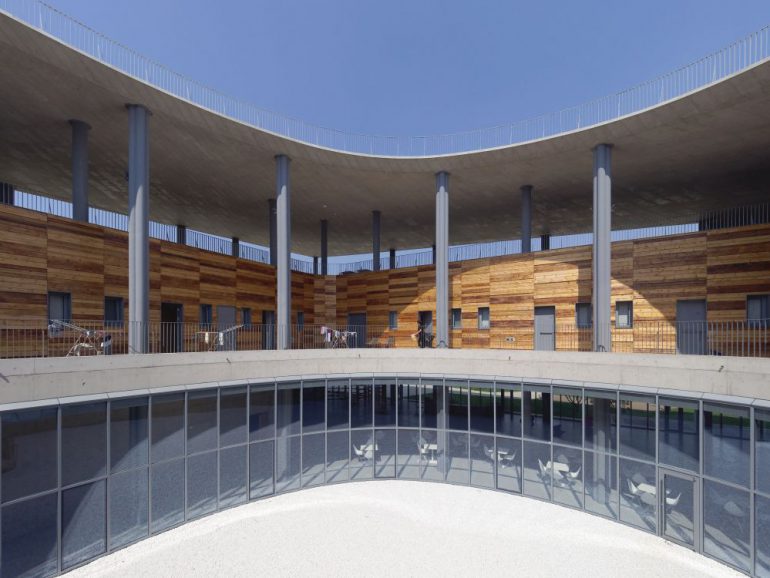 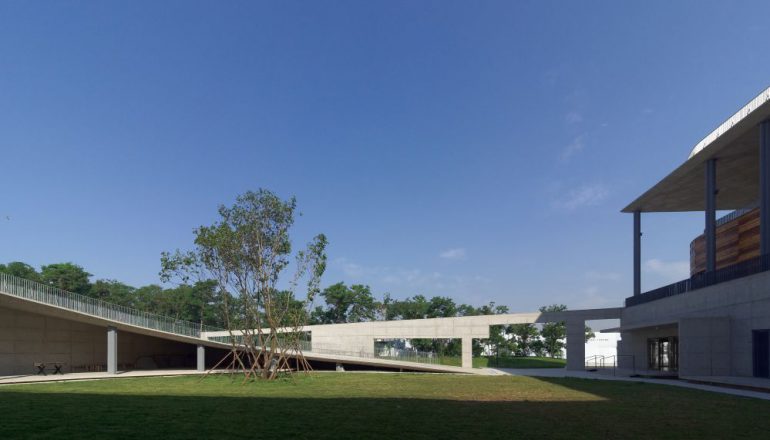 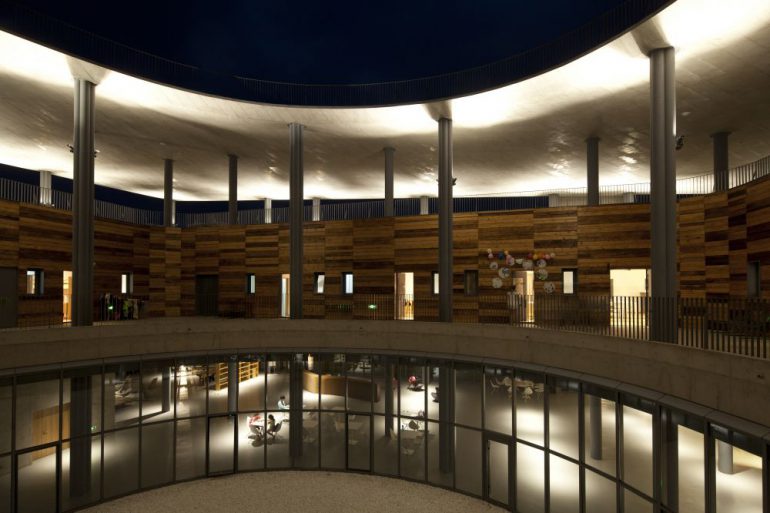 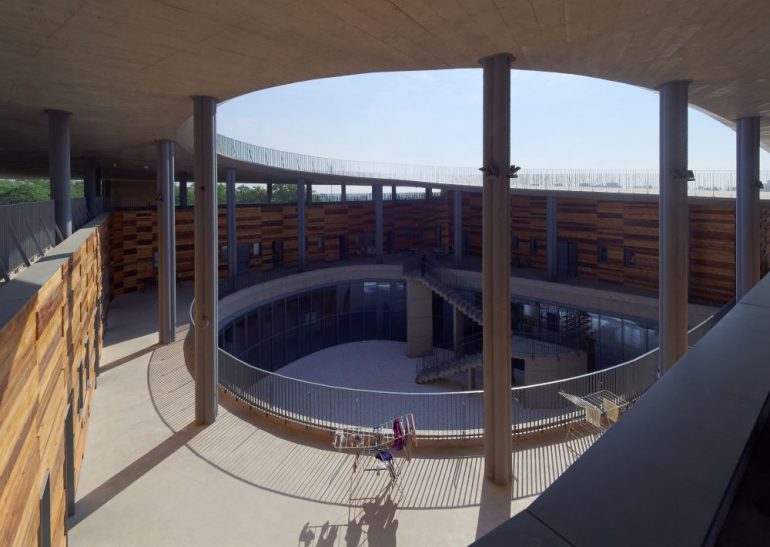