To provide the best possible service, we use cookies on this site. Continuing the navigation you consent to use them. Read more.
PROJECTS
·29 November 2021

A window on Valencia 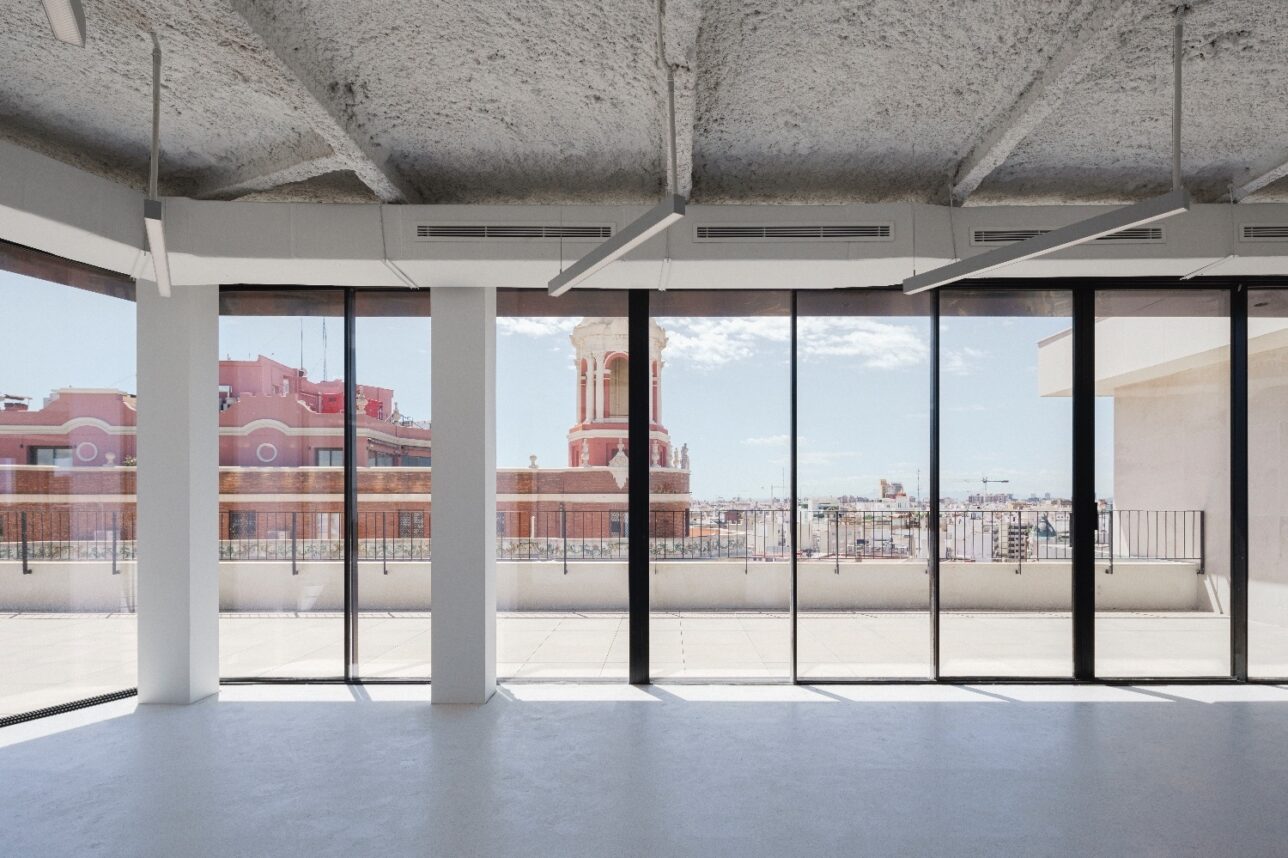 The beating heart of Valencia has recently seen one of its historic buildings, headquarters of BBVA Bank, the subject of a major renovation of the exterior and interior by the designer Miriam Castells. Conceptually, it was decided to carry out an intervention that would respect the original elements of the building, such as the materials of the external facade but at the same time give a new breath of elegance and brightness to the bank’s headquarters. Inside we find a game of contrasts of textures, colors and materials and a careful selection of furniture that would enhance the historicity of the building but bringing it into a more contemporary era. Starting from the external face, a complete but thoughtful renovation was necessary, not only for the state of aging of its materials, but also for the complete renewal of all carpentry.

A stylistic line aimed at the aesthetic preservation of the materials already present, such as limestone and granite, intervening only on their replacement and rehabilitation adapting them in a functional way. On the ground floor we proceed to the elimination of all the jambs of the old carpentry and opaque facade breastplates, providing great transparency to all spaces. The entrance has a black and white marble staircase, starting point for the insertion of the color shade given by the walnut wood, which together with the white Ibiza and the black Marquina are a good ally to enhance the 60’s style and to revitalize the essence of the building.

The internal staircase leading to the hall in black Zimbabwe granite acts as a coagulating element between the exterior and the interior, giving uniformity and a new modern character that distinguishes the project. The top floor of the building recovers previously unused office space that now overlooks the city of Valencia through the exterior terraces.The studio Miriam Castells starts from the historicity of the building working skillfully on the material, which acts as a common thread between past and present and gives a new light not only to the new offices of BBVA Bank but also to the center of Valencia. 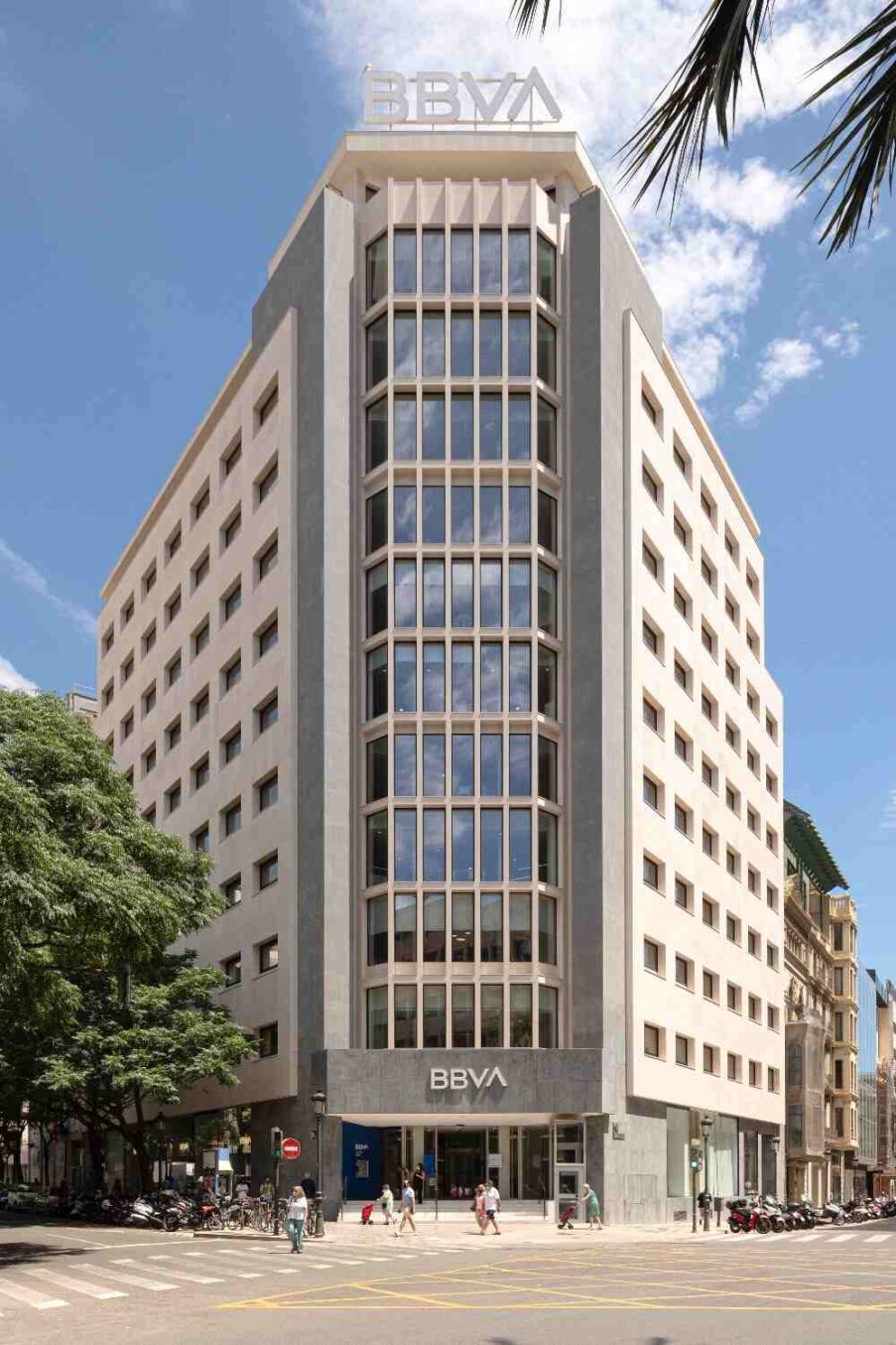 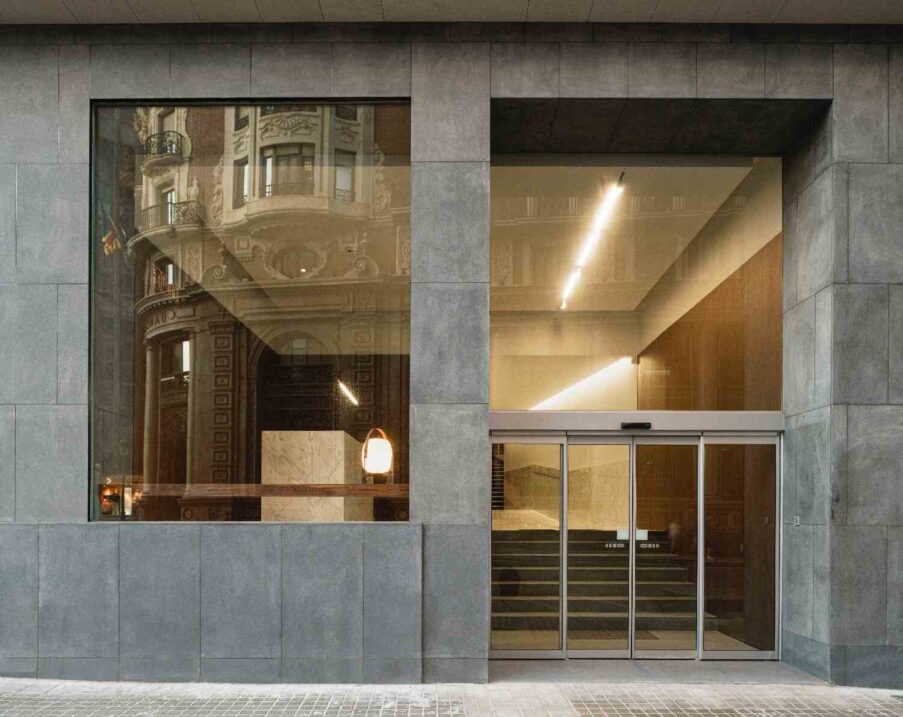 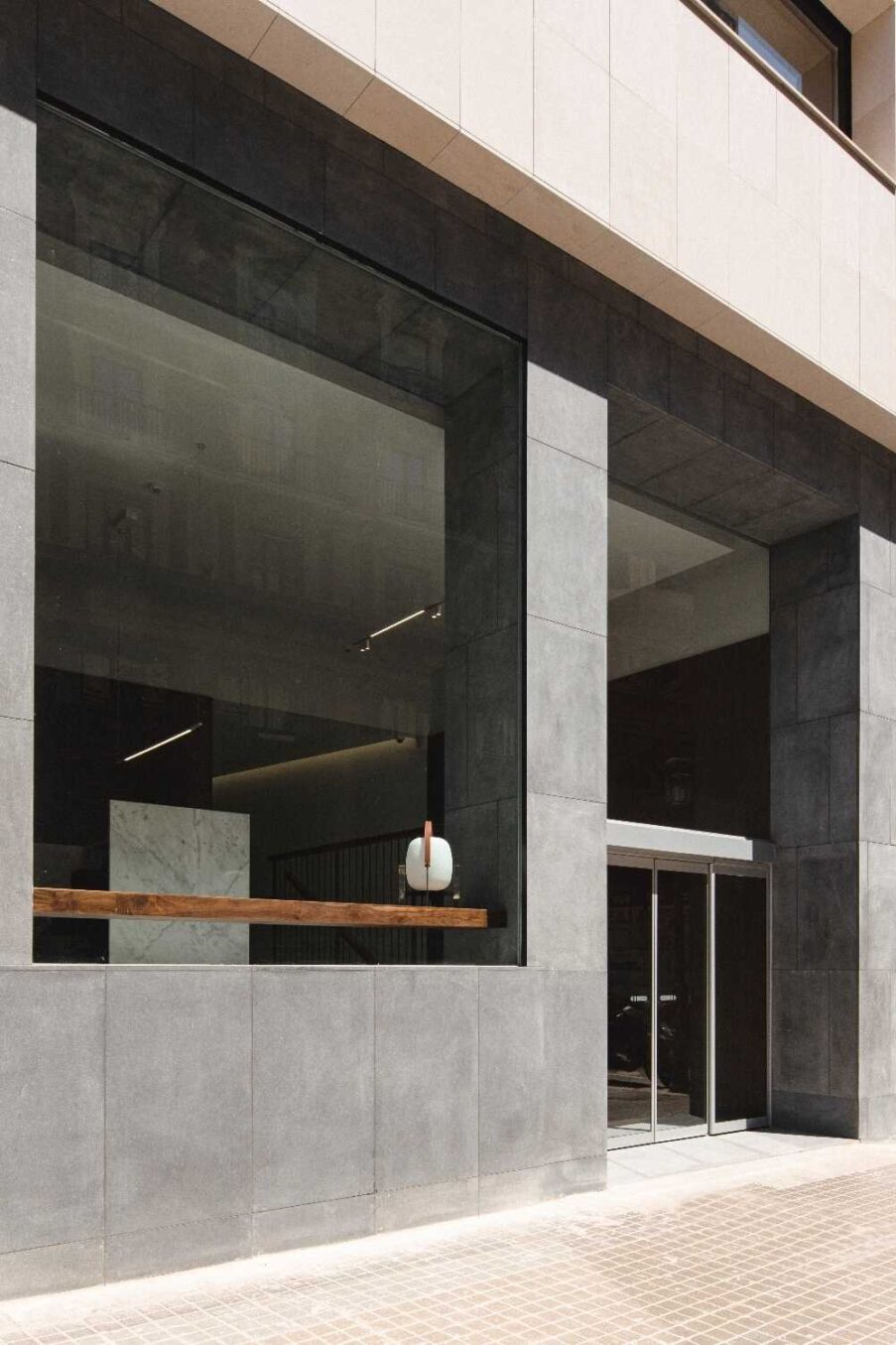 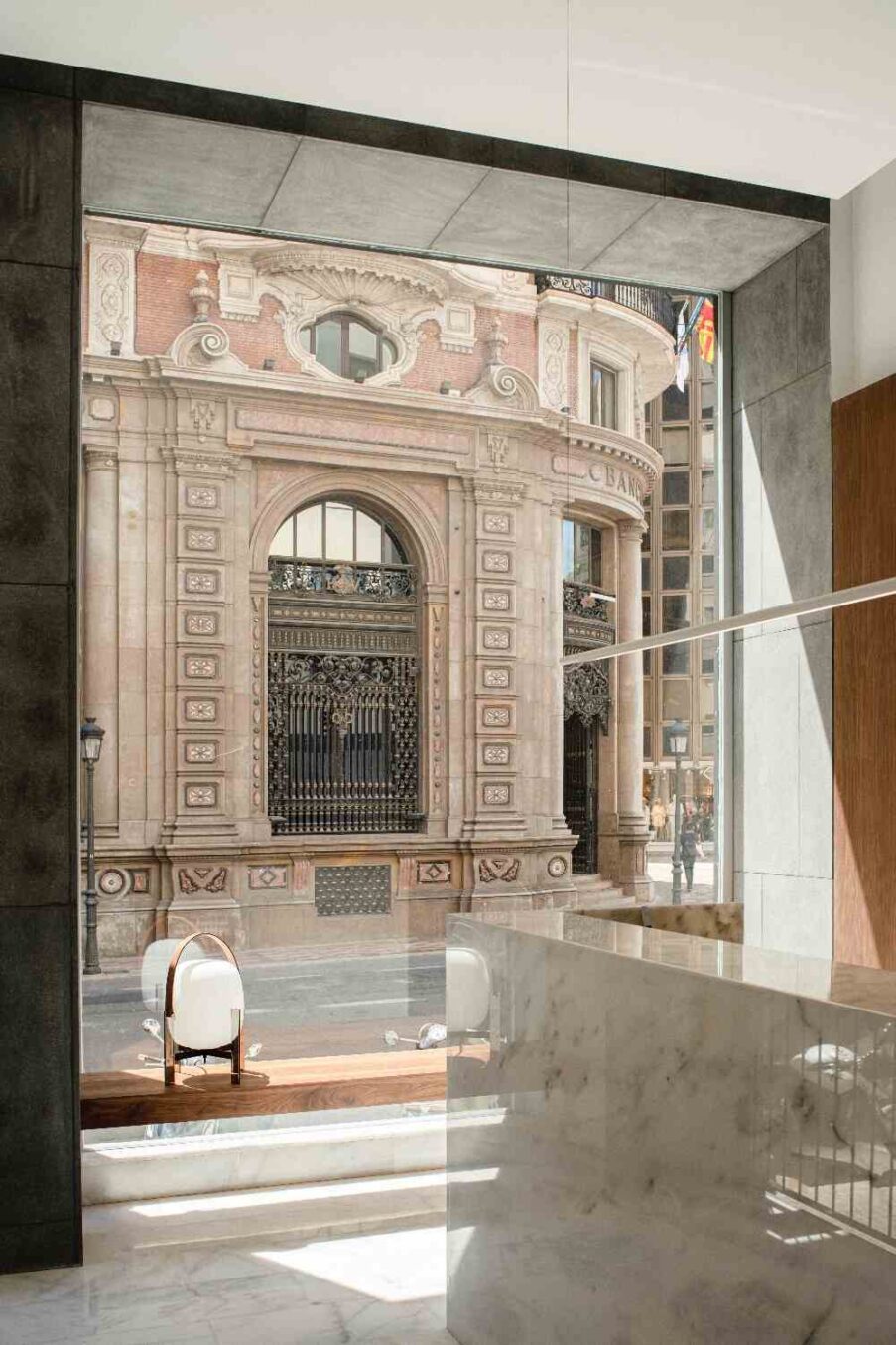 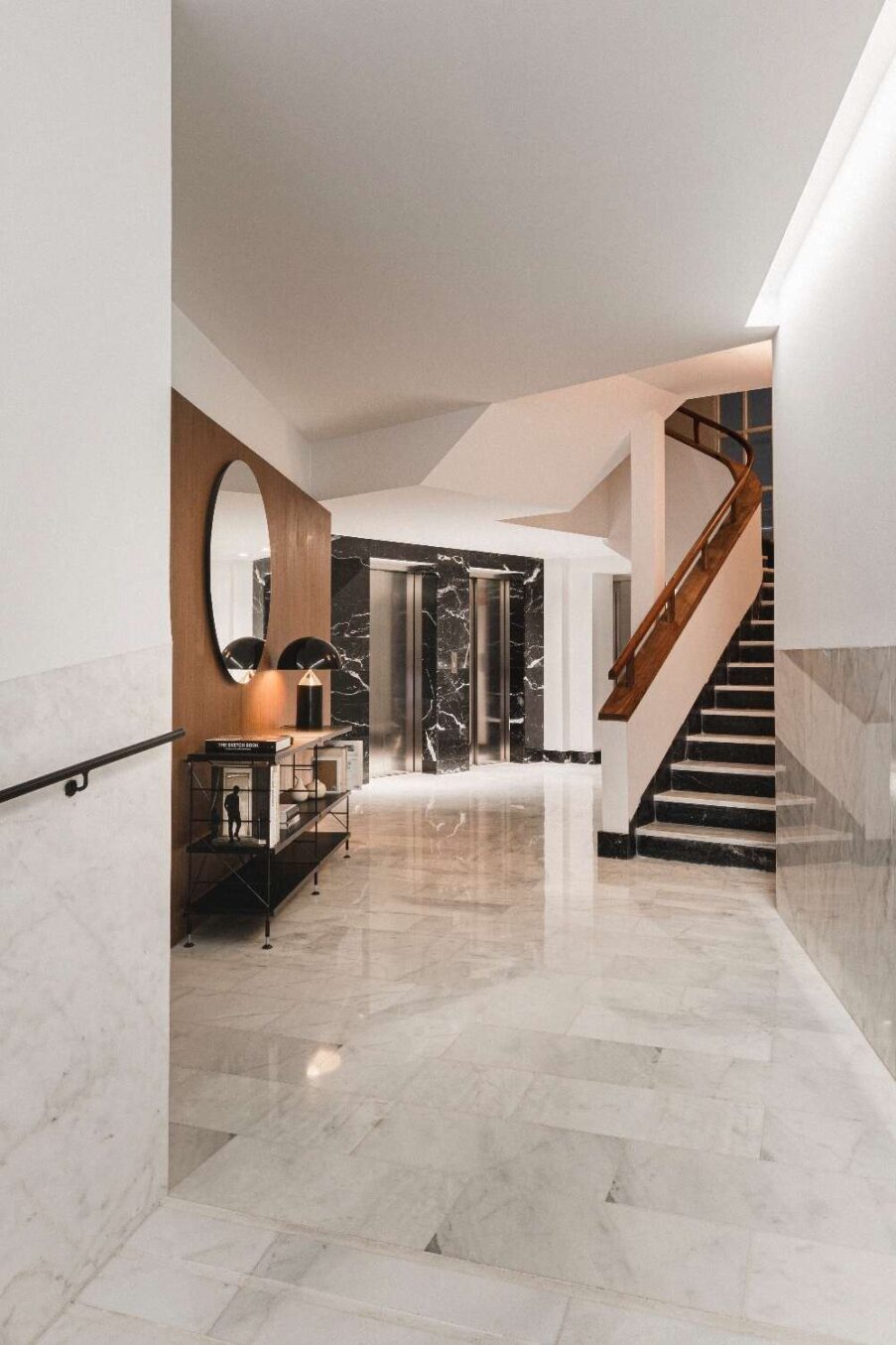 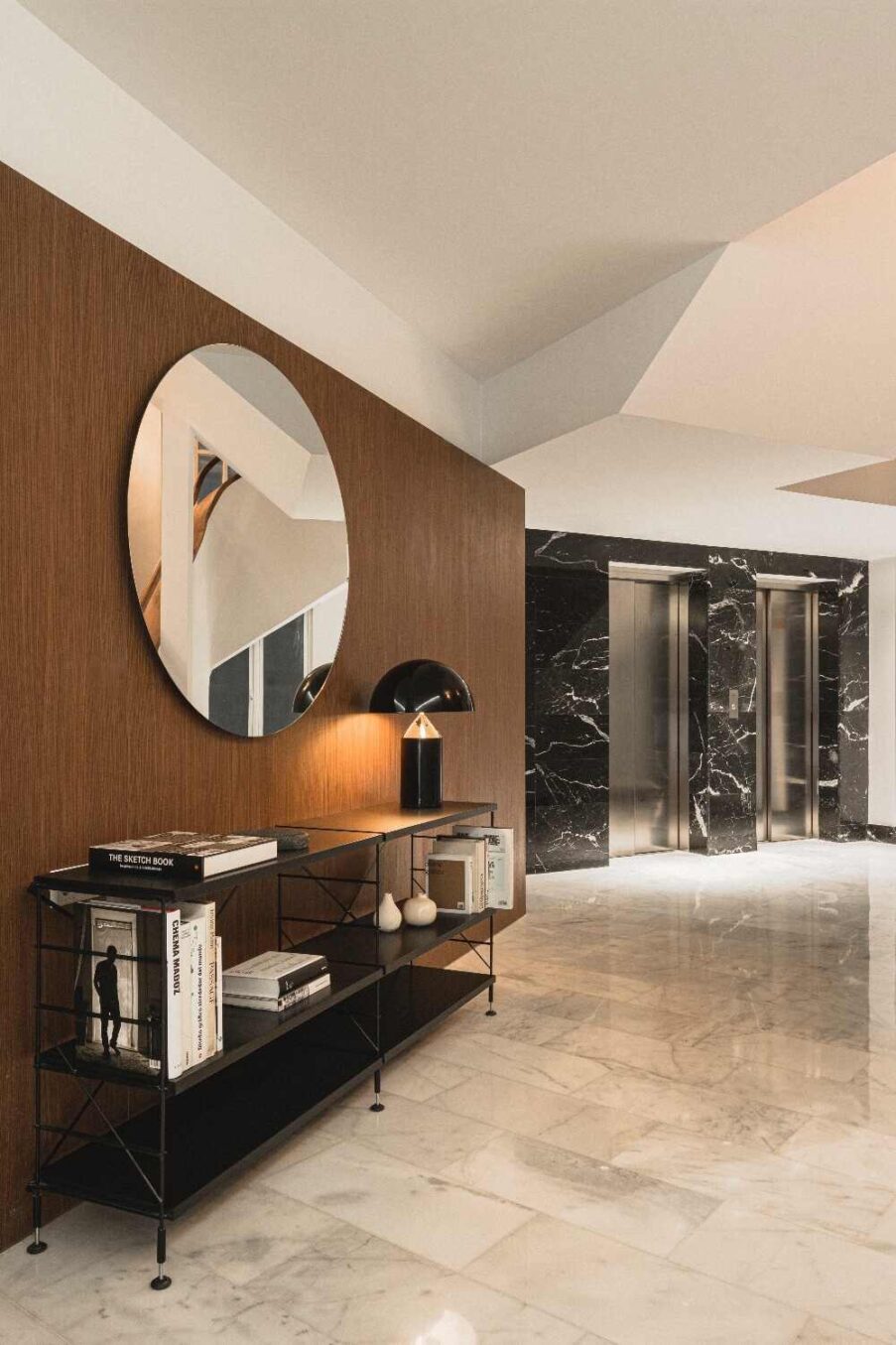 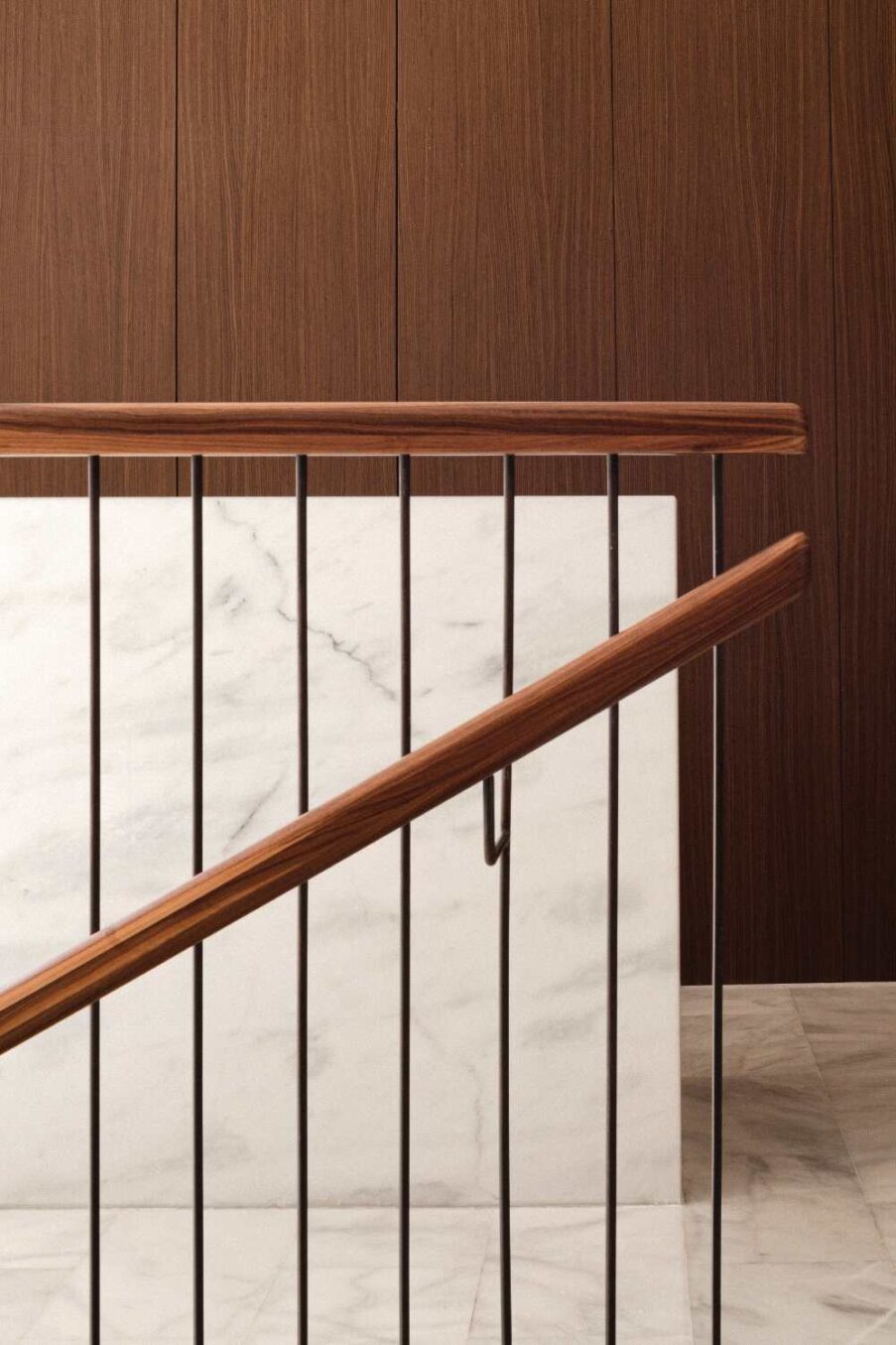 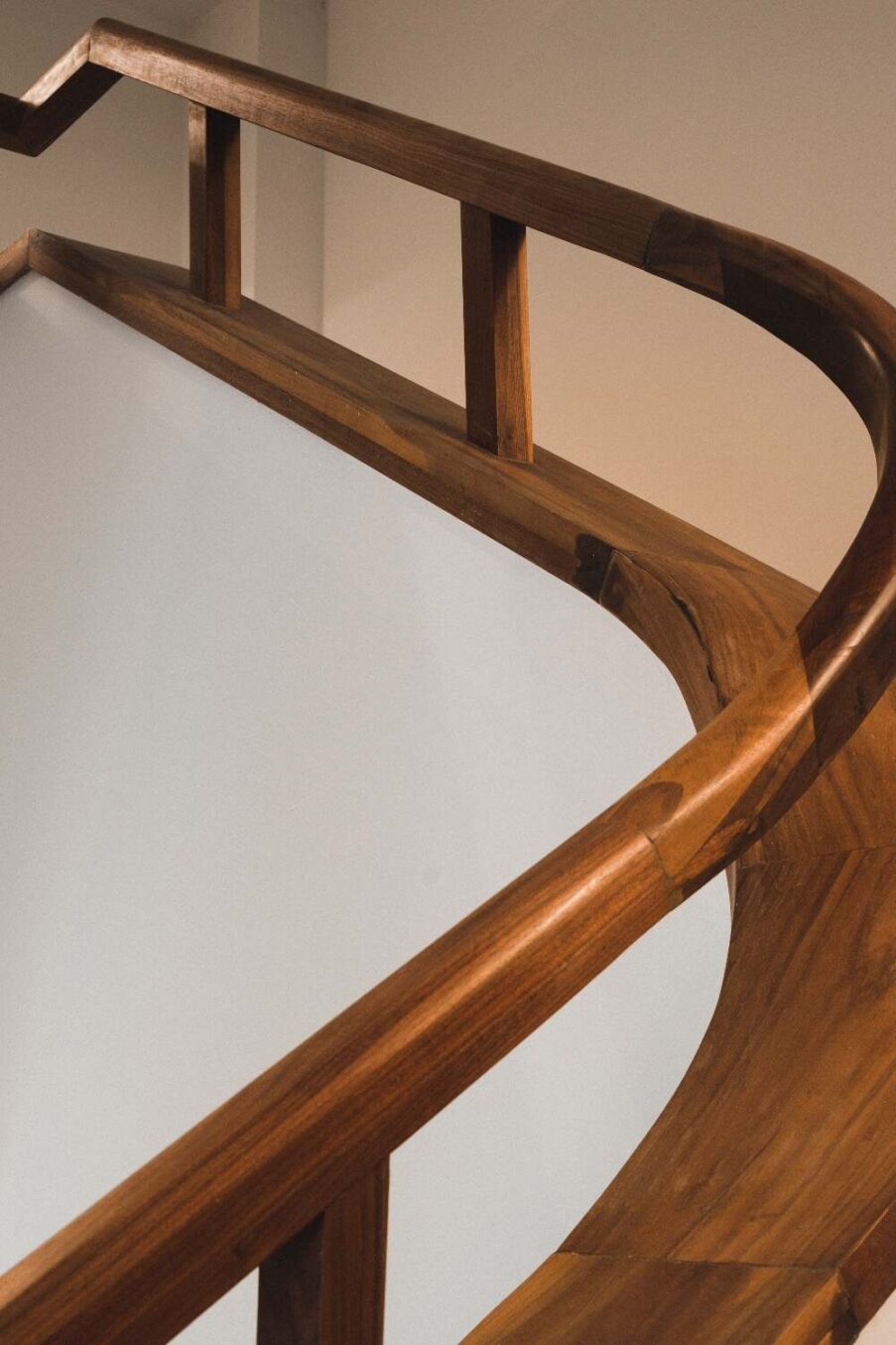